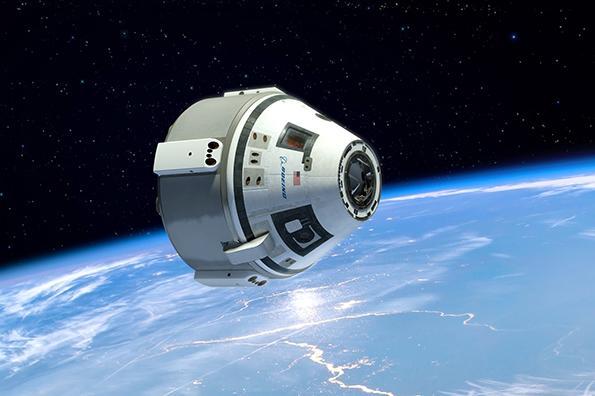 Boeing plans to pull the seats, life support and launch-abort system from the commercial crew vehicle it is developing to transport astronauts to the ISS. Like the crew version, the cargo variant will return to Earth with a system of parachutes and air bags on dry land instead of the ocean, an approach the company says will permit many more components to be reused for lower cost. It will also be able to deliver unpressurized cargo within the space freed up in its service module by removal of the launch-abort engines and other crew-safety hardware not needed for the unmanned missions. Credit: Boeing 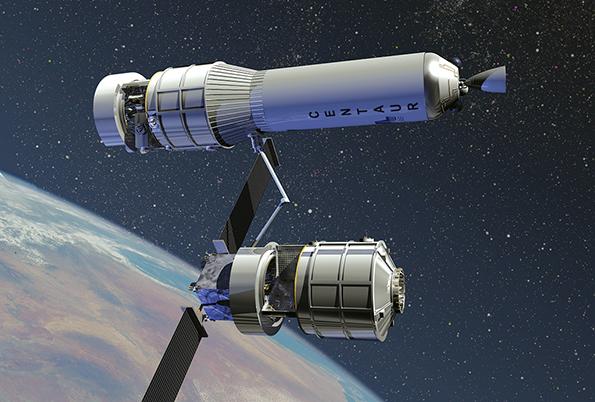 With an eye toward future exploration beyond the low Earth orbit occupied by the ISS, Lockheed Martin has joined with Canada’s MacDonald Dettwiler Associates and Europe’s Thales Alenia Space to propose a CRS-2 entry that would be “extensible” to missions to geostationary orbit, the Moon and beyond. Based on the spacecraft buses Lockheed Martin has built for interplanetary missions, the Jupiter spacecraft would remain in orbit after launch on an Atlas V and receive additional “exoliners” filled with pressurized and unpressurized cargo from the Centaur upper stages of subsequent Atlas V launches. The bus would use is Canadian-built robotic arm to attach an arriving exoliner and then move it to rendezvous position at the ISS for grappling and berthing by the crew. Later versions could have solar-electric propulsion to reach geostationary Earth orbit, lunar orbit and perhaps more distant objectives. Credit: Lockheed Martin Concept 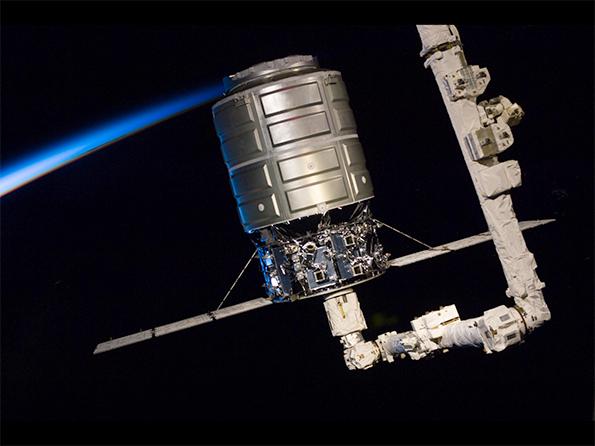 Orbital ATK developed the Cygnus capsule and Antares medium-lift launch vehicle to deliver cargo to the ISS under NASA’s COTS program and later won a $1.9 billion CRS-1 contract for eight flights to the ISS. The vehicle has reached the ISS three times, including a demonstration flight in September 2013. The Antares suffered a launch failure Oct. 28, 2014, costing the station a load of cargo. To keep its contract commitments, the company plans to use an Atlas V to launch its next Cygnus. That “enhanced” variant, with a larger cargo capability, will return to Antares launches once that vehicle is equipped with a new engine, the Russian-built RD-181. Credit: NASA 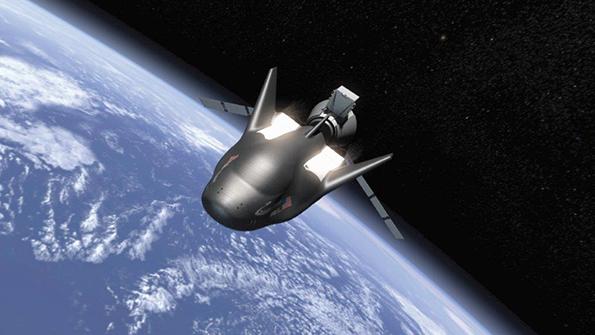 Sierra Nevada Corp. was unsuccessful with its proposal to fly crews to the ISS on a reusable lifting-body spaceplane it dubbed Dream Chaser. It has proposed an autonomous version of the vehicle for the new cargo competition, with provisions for pressurized and unpressurized payloads. While the piloted version of Dream Chaser was designed to launch in the open atop an Atlas V, the cargo variant would be able to fold its lifting-body “wings” to fit inside the fairings of a variety of launch vehicles for greater operational flexibility. Like the commercial-crew variant, it would be able to glide to a low-g runway landing and be reusable. Credit: Sierra Nevada Corp. 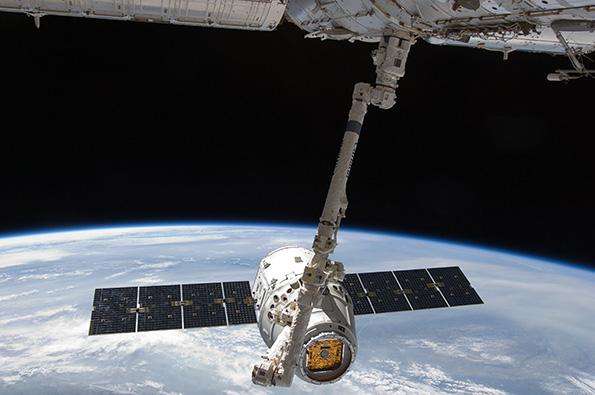 Like Cygnus, the SpaceX Dragon is an incumbent in the second-round station-resupply competition, with a 12-flight, $1.6 billion commercial cargo-delivery contract with NASA. Since May 2012, the spacecraft has berthed with the ISS six times, including a demonstration flight that also delivered cargo. The Dragon is the only vehicle flying now that is able to return a significant pressurized payload (3,000 kg) to Earth, using a parachute-assisted water landing off the coast of California. It can carry both pressurized and unpressurized cargo to the ISS. Like Boeing, SpaceX is developing a crew version of Dragon under NASA’s commercial crew vehicle program. Credit: NASA

At least five companies are eagerly awaiting an expected NASA announcement June 10 of the winners in the second round of bidding for commercial cargo deliveries to the International Space Station (ISS). The U.S. space agency is spending $3.5 billion with Orbital ATK and SpaceX for resupply services under the first round and is preparing to select winners in its second Commercial Resupply Services (CRS-2) competition.

The initial commercial-cargo contractors developed their vehicles under NASA’s Commercial Orbital Transportation Services (COTS) Space Act agreements, with the companies paying some of the development costs. In the second round, entrants in NASA’s effort to spur commercial crew-vehicle development have offered cargo versions of their vehicles, and Lockheed Martin has proposed a new spacecraft built with existing flight technology that could expand commercial cargo delivery deeper into space beyond the ISS. Secretive Blue Origin is also at work on a vehicle that possibly could meet NASA’s needs, but it won’t say whether it entered the CRS-2 competition.