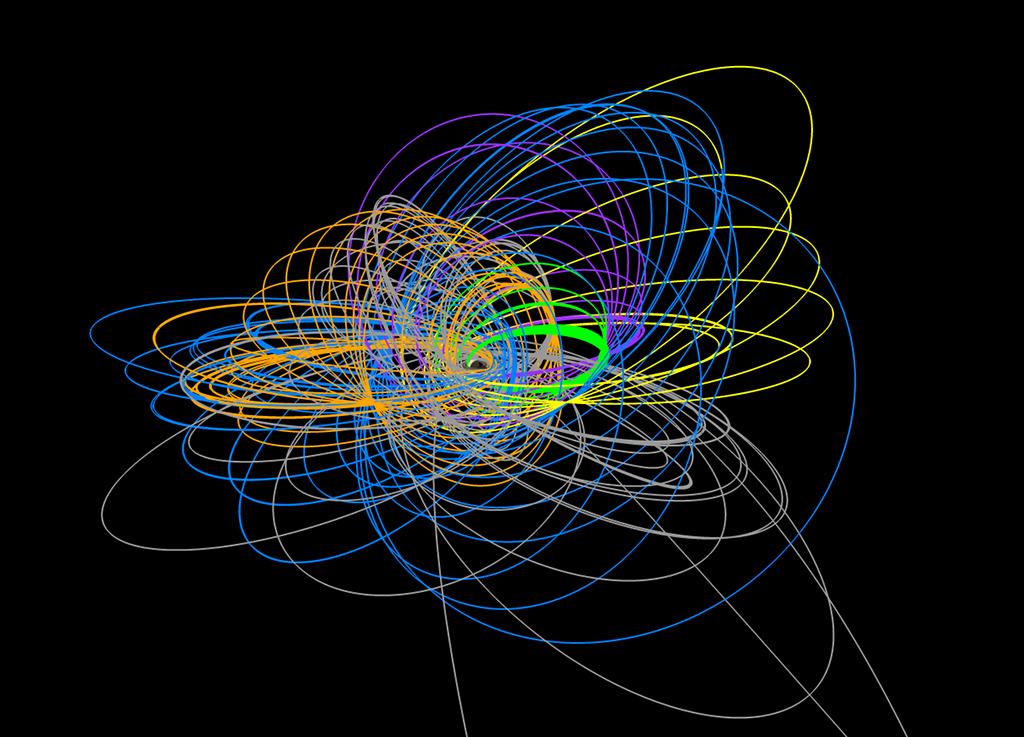 'The Ball of Yarn'

The $3.2 billion U.S./European Cassini probe is scheduled to drop into Saturn’s cloudy atmosphere on Sept. 15, bringing down the curtain on a 13-year tour of a planetary system with so many moving parts it almost rivals the Solar System in complexity. The route taken by Cassini since it arrived at its target on July 1, 2004, is equally complicated. With different colors denoting different phases of the mission, the trajectory is known as the ball of yarn. 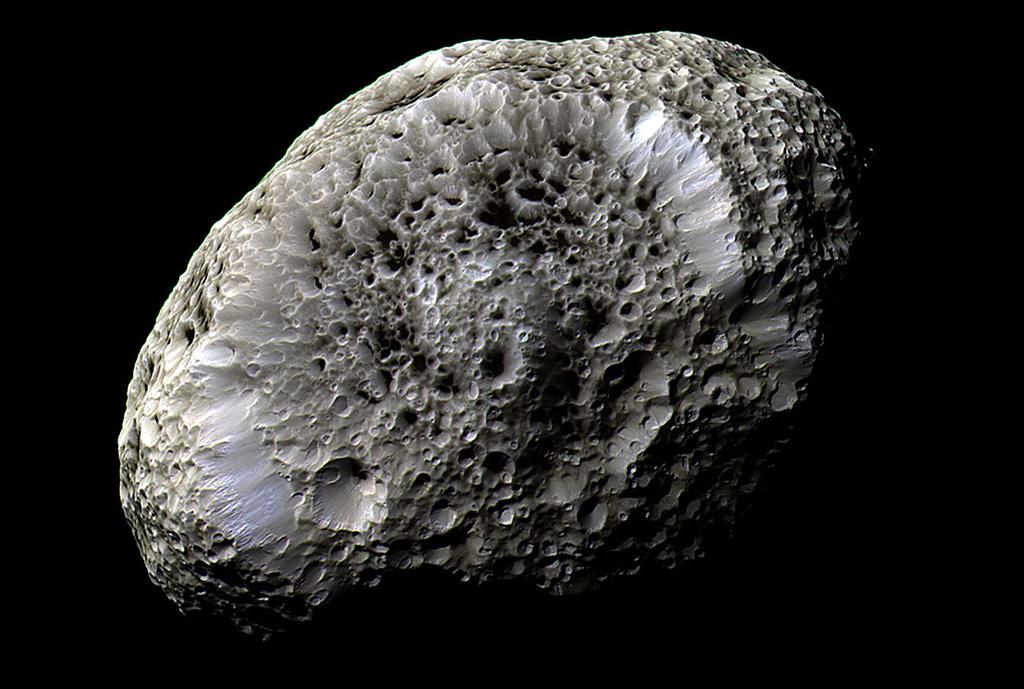 Saturn’s tiny moon Hyperion looks like something from the bottom of the sea, with deep craters sheltering a mysterious dark material. Measuring only about 250 km (155 mi.) across, the moon rotates chaotically.

Pan’s flying-saucer shape mimics Saturn and its rings, and may have been created as the moon’s relatively dense core cleared a path through the larger rings. Pan’s gravity is so low the debris was able to pile much higher than it would on a larger body. 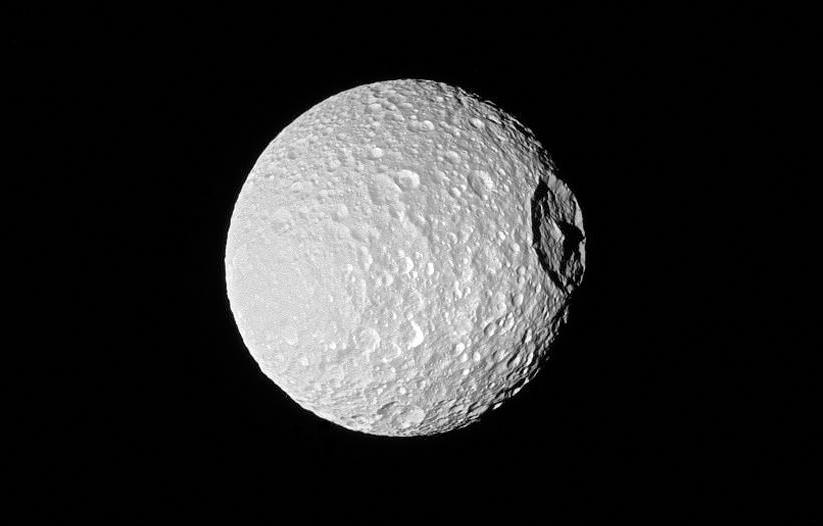 Astronomers believe the huge Herschel crater, with a central peak almost as tall as Mount Everest, was created in a primordial collision with Mimas that was not quite violent enough to shatter the moon into fragments. Saturn’s rings probably were formed from those fragments, reaching equilibrium over the eons, so that their constituent particles nudge each other gently while whirling around the planet at speeds as high as 40,000 mph. 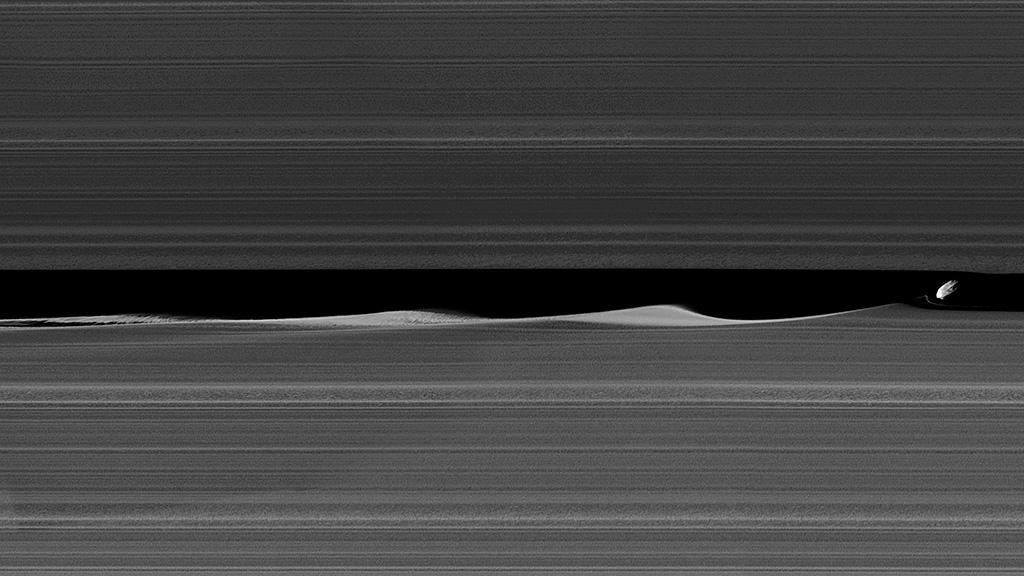 Daphnis, a moon embedded in Saturn’s rings, has just enough of an inclination that it pulls the ring material into waves that would appear as sheer mountains to an astronaut cruising alongside them. The moon is only 5 mi. across. 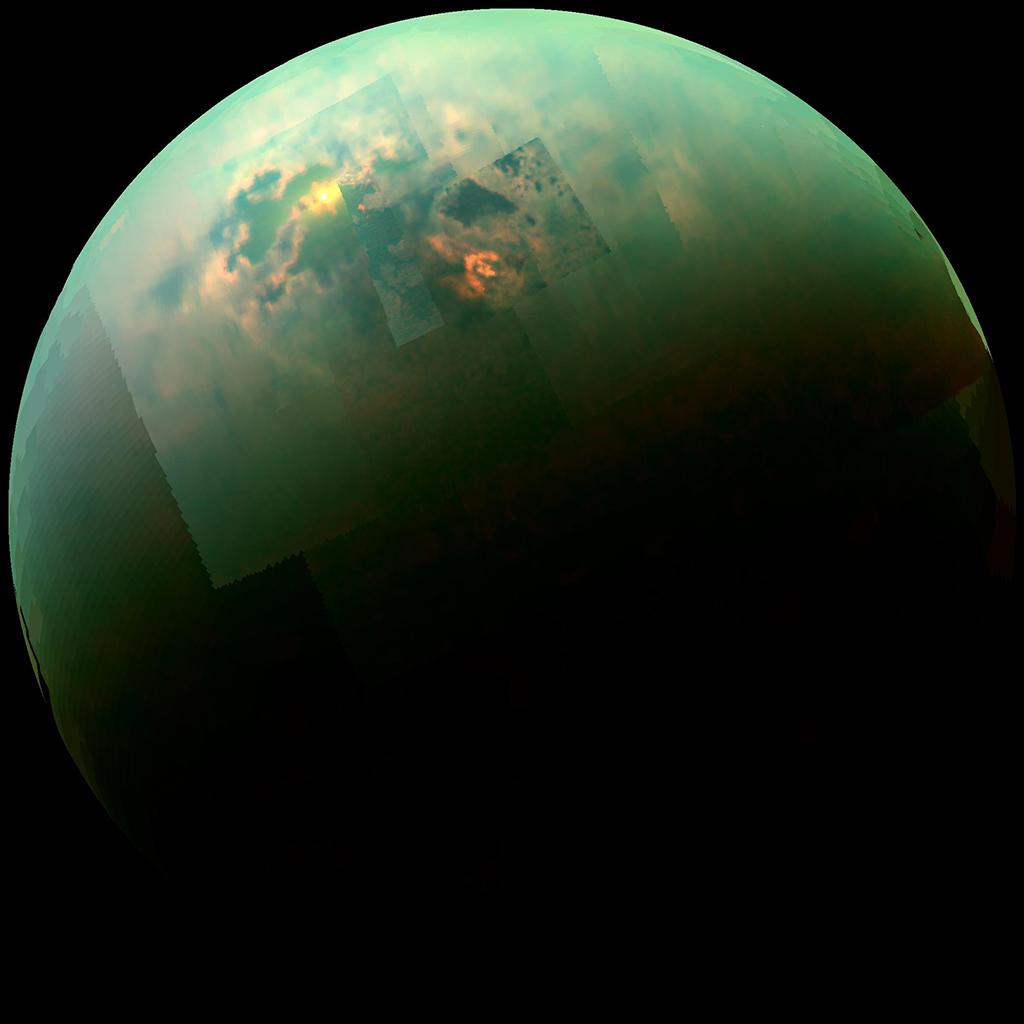 Titan is wet, but not with water. Despite temperatures approaching −300F, its surface flows with liquid hydrocarbons, and its atmosphere has hydrocarbon weather. At the big moon’s poles the liquid pools in dark seas, as in Kraken Mare visible in this near-infrared color mosaic. Sunlight is reflected in the sea’s surface. 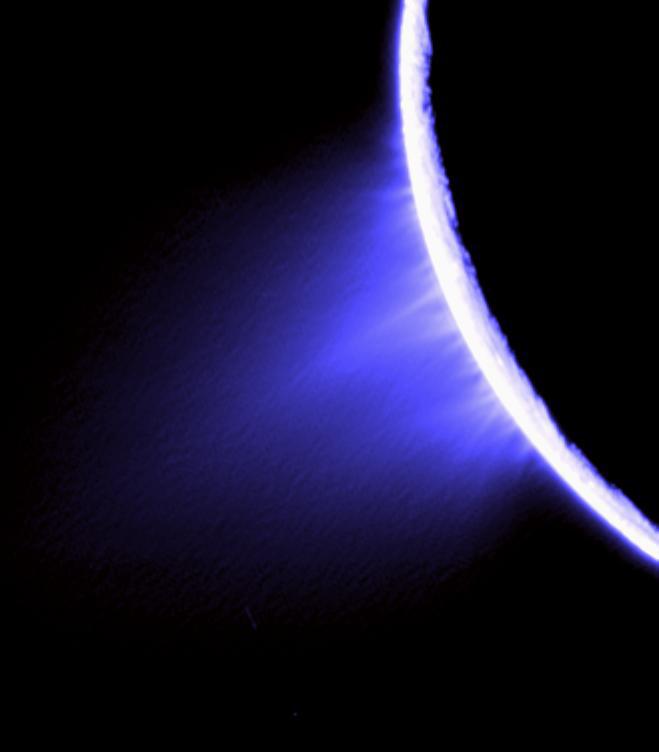 Tidal forces inside the icy moon Enceladus force geysers of water with traces of organic compounds far enough into space for Cassini to sample them as it hurtles past. Scientists want to send a lander to the surface to determine if the snow that falls back to the surface contains signatures of life in the subsurface ocean, or even ice-encased microbes. 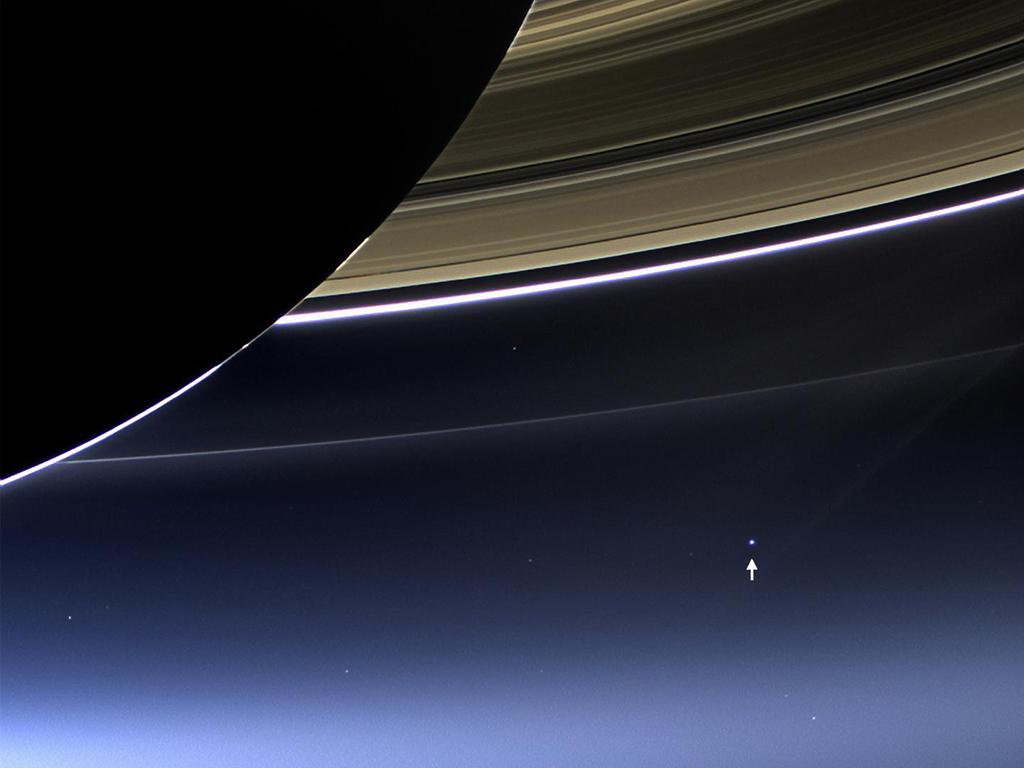 Smile for the Camera

Earthlings were encouraged to face the sky and smile on July 19, 2013, when Cassini turned its cameras on the home planet for this spectacular ‘pale-blue-dot’ image. In higher magnification, the Moon can be seen orbiting Earth.

Cassini entered Saturn's orbit on July 1, 2004, and the mission's team has been using the probe’s imaging instruments to gather unprecedented detail on the complex planetary system ever since.