The Road To The New Bomber 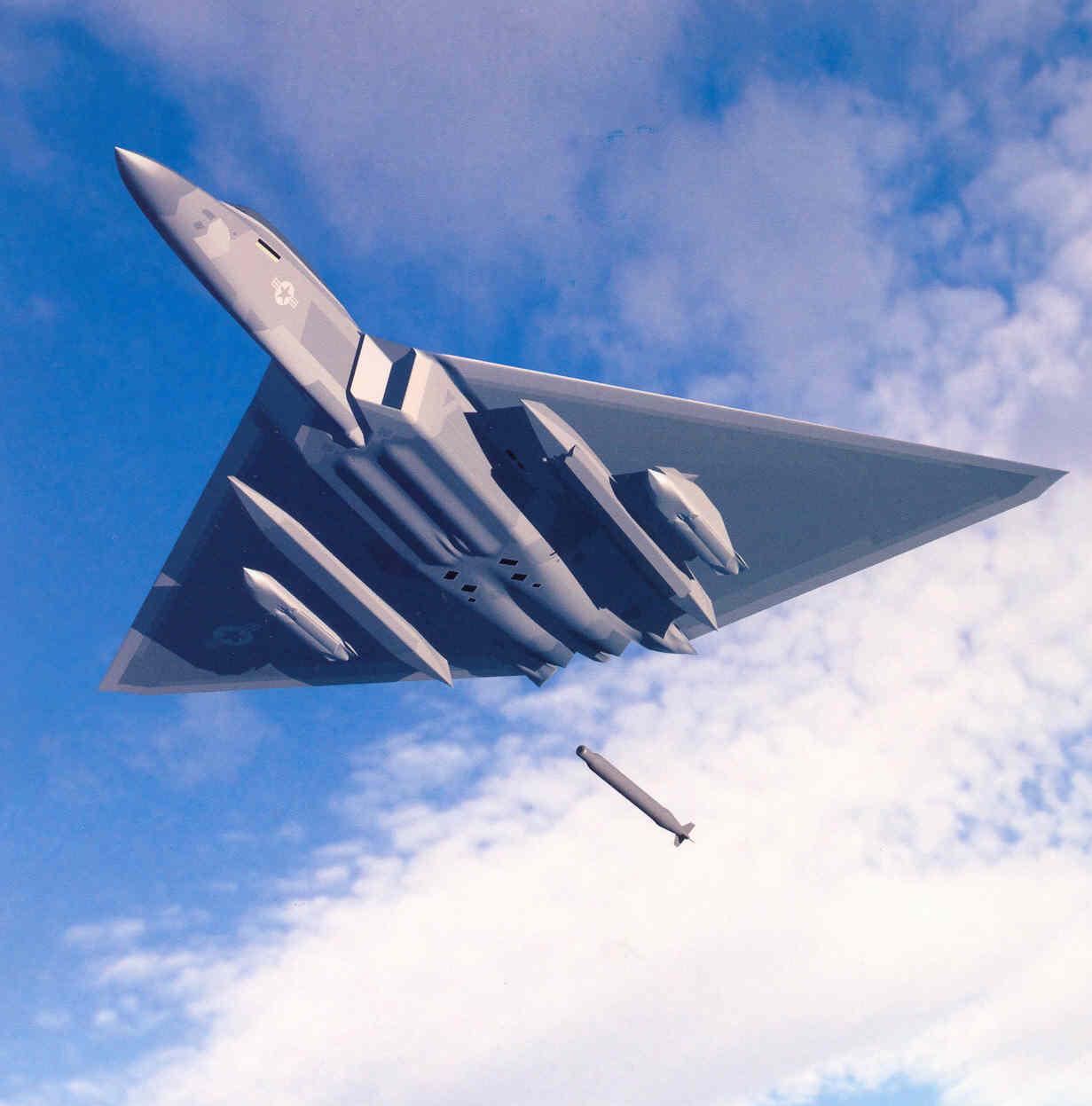 In the early 2000s, U.S. Air Force leaders fretted that the Lockheed Martin F-22, with its speed, altitude and agility, was the only stealth platform in the near term that could survive in daylight. This prompted interest in the FB-22, with a new delta wing, bulged weapon bays for larger bombs, and stealth-configured underwing weapon pods. 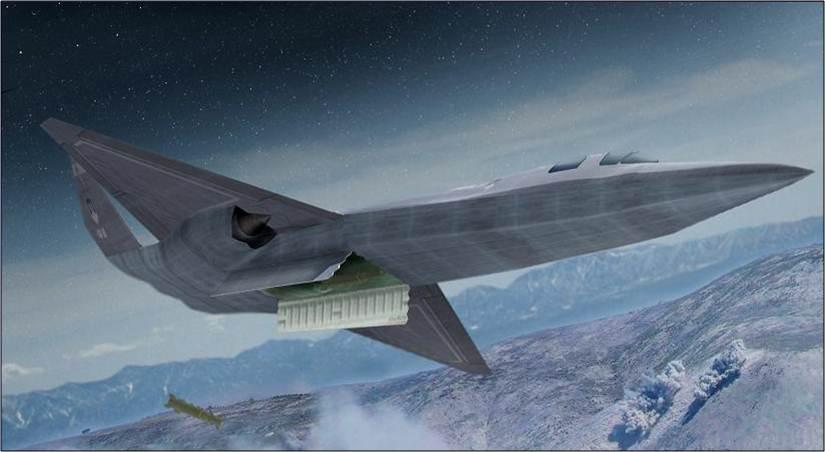 Not to be outdone, Northrop Grumman sketched a Rapid Theater Attack bomber based on the YF-23 design, which had lost to the YF-22 in the Advanced Tactical Fighter competition. It would have had a 10,000-lb. internal bomb load, a Mach-1.6 cruising speed and a 1,250-nm unrefueled combat radius. Its existence was revealed when a company model was offered for sale on eBay. 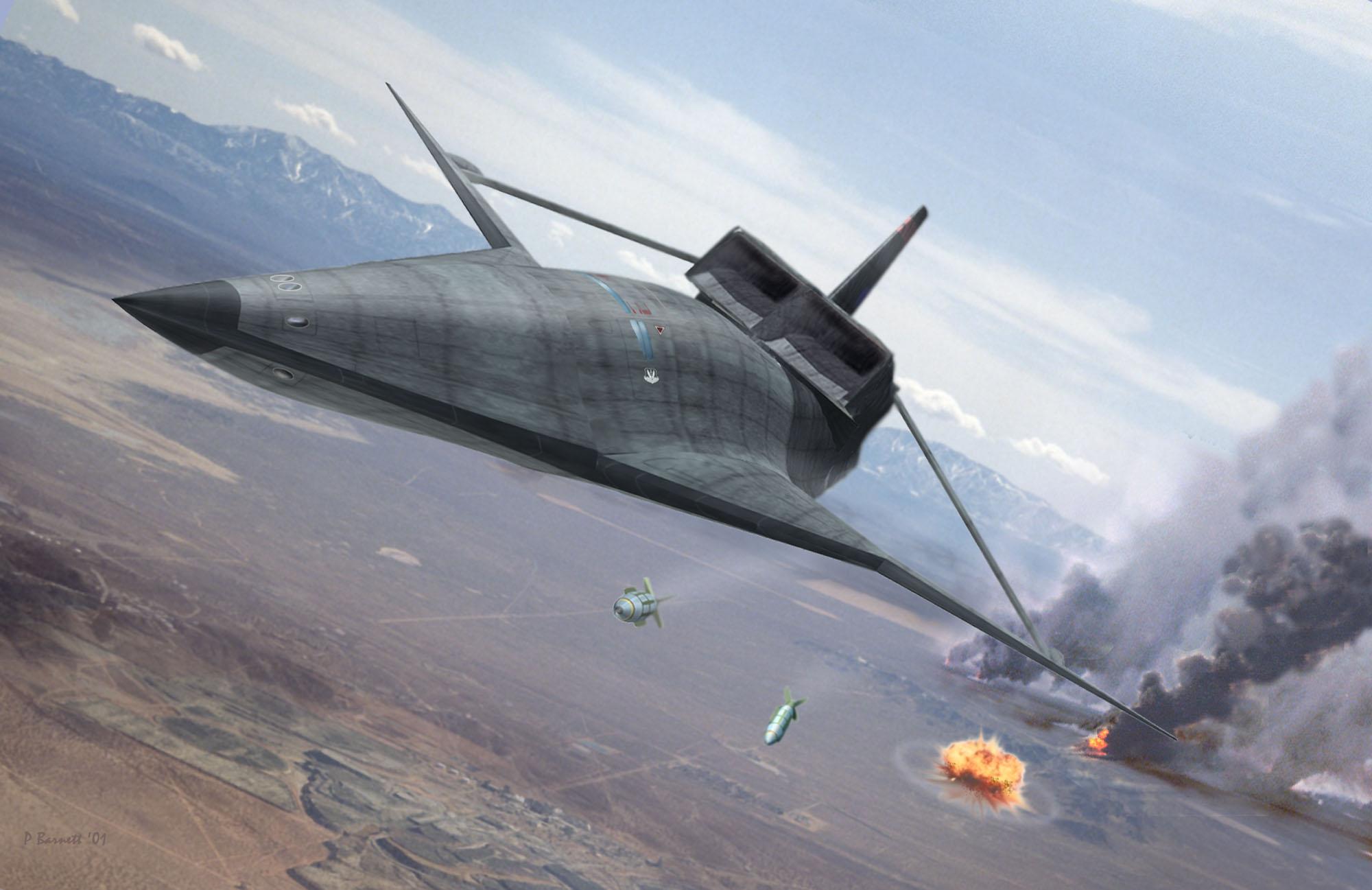 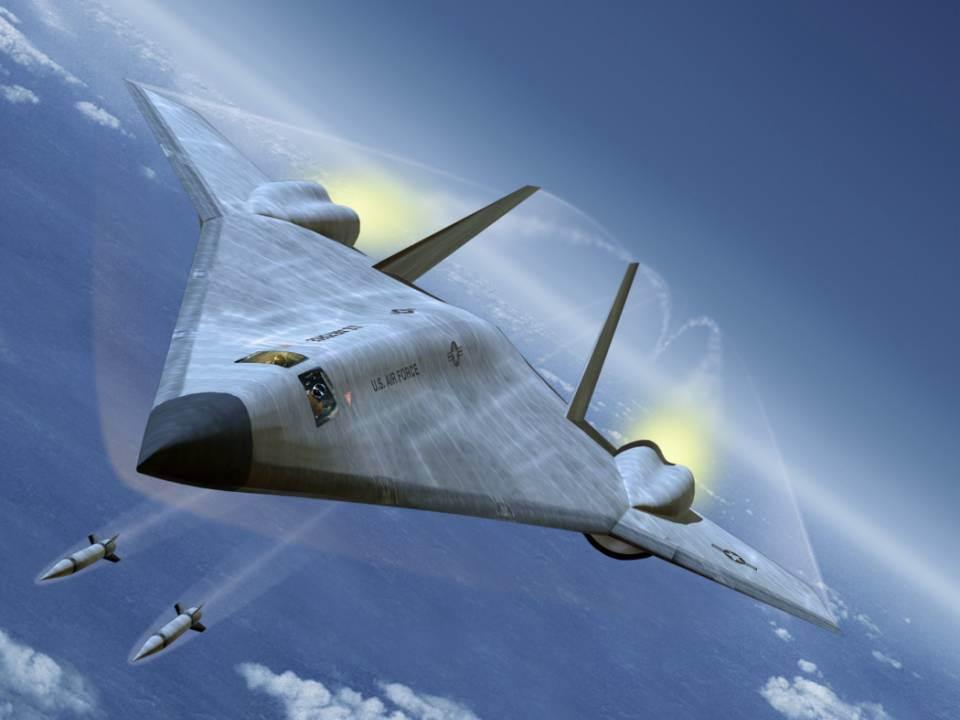 A more conventional design from Northrop Grumman, part of the Air Force Long-Range Strike Aircraft study. Through 2005, industry and the Air Force were interested in supersonic bombers, with some planners arguing that their greater cost would be offset by higher sortie rate due to shorter flight times. 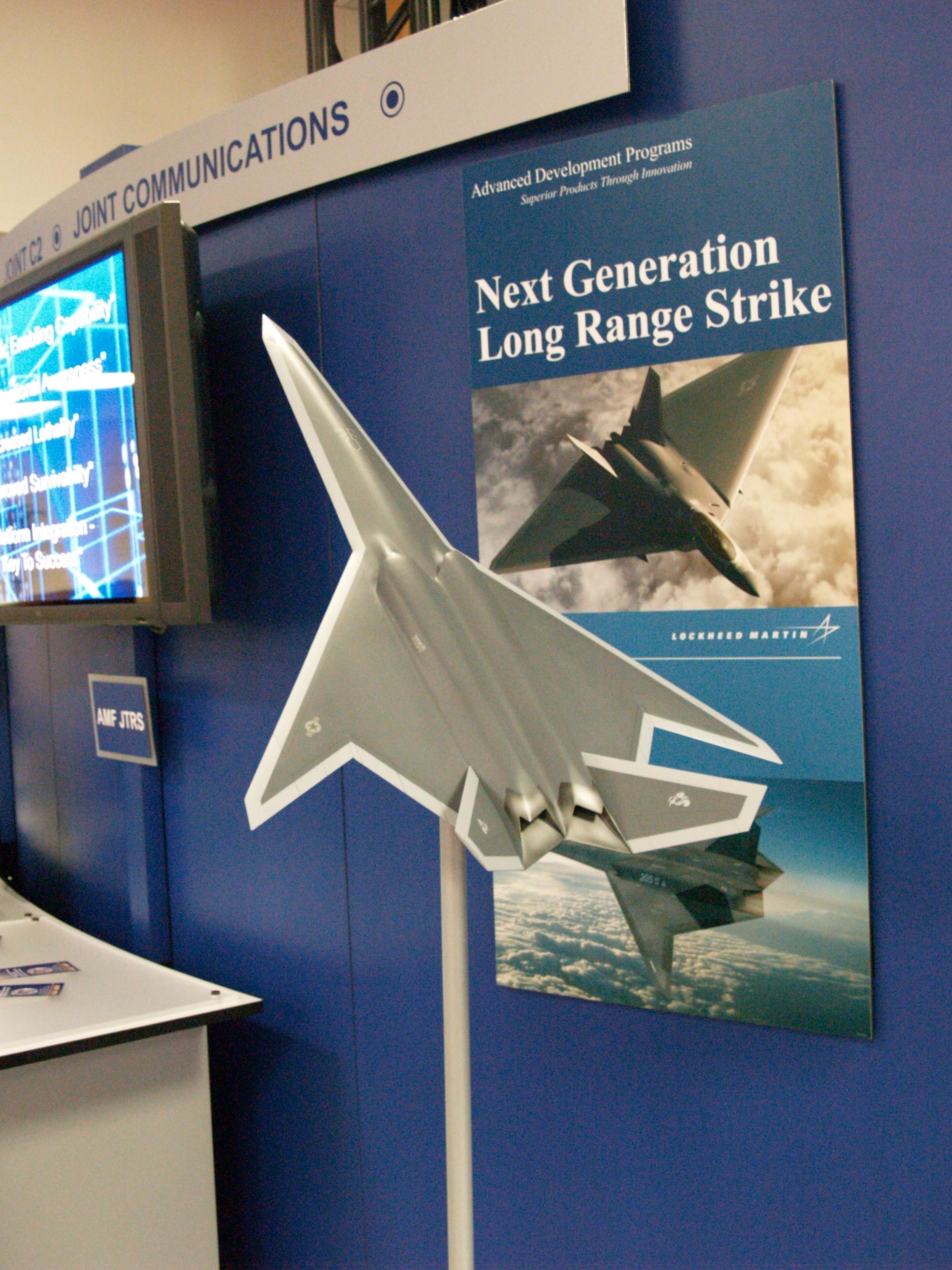 This January 2006 concept from Lockheed Martin was an unmanned, supersonic strike aircraft. Note that the Air Force’s formal Next-Generation Long-Range Strike study was underway at that time. It would have been a 150,000-lb. aircraft with an unrefueled combat radius of 1,000 nm at Mach 2 and a 12,000-lb. weapon load. 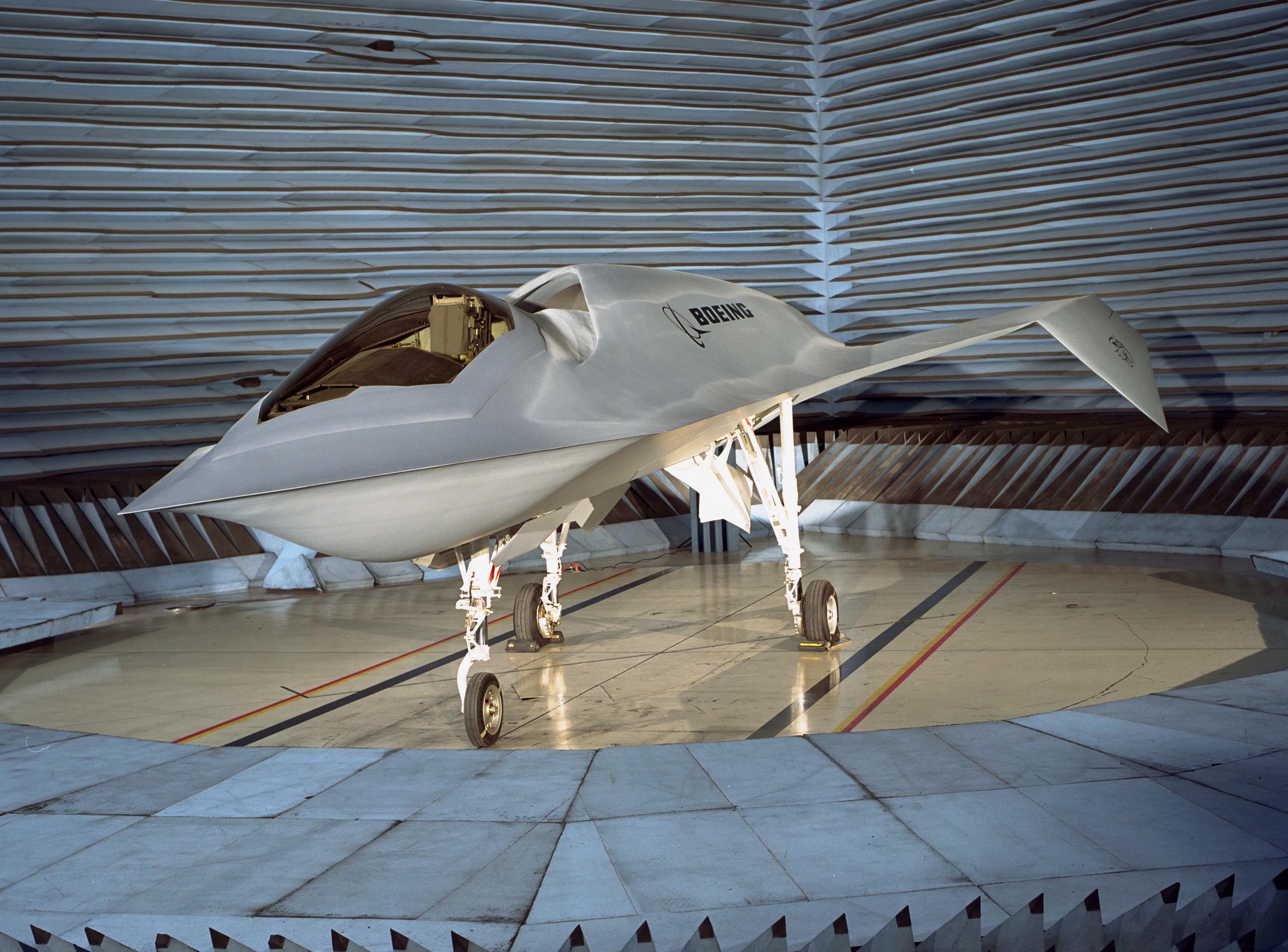 Not only did the 2002 unveiling of the Bird of Prey demonstrator show off Boeing’s stealth expertise, but its countershaded gray paint scheme showed that its radar cross-section was low enough to require attention to visual signatures. In the following years, the Air Force bomber requirement shifted toward subsonic speed and stealth. 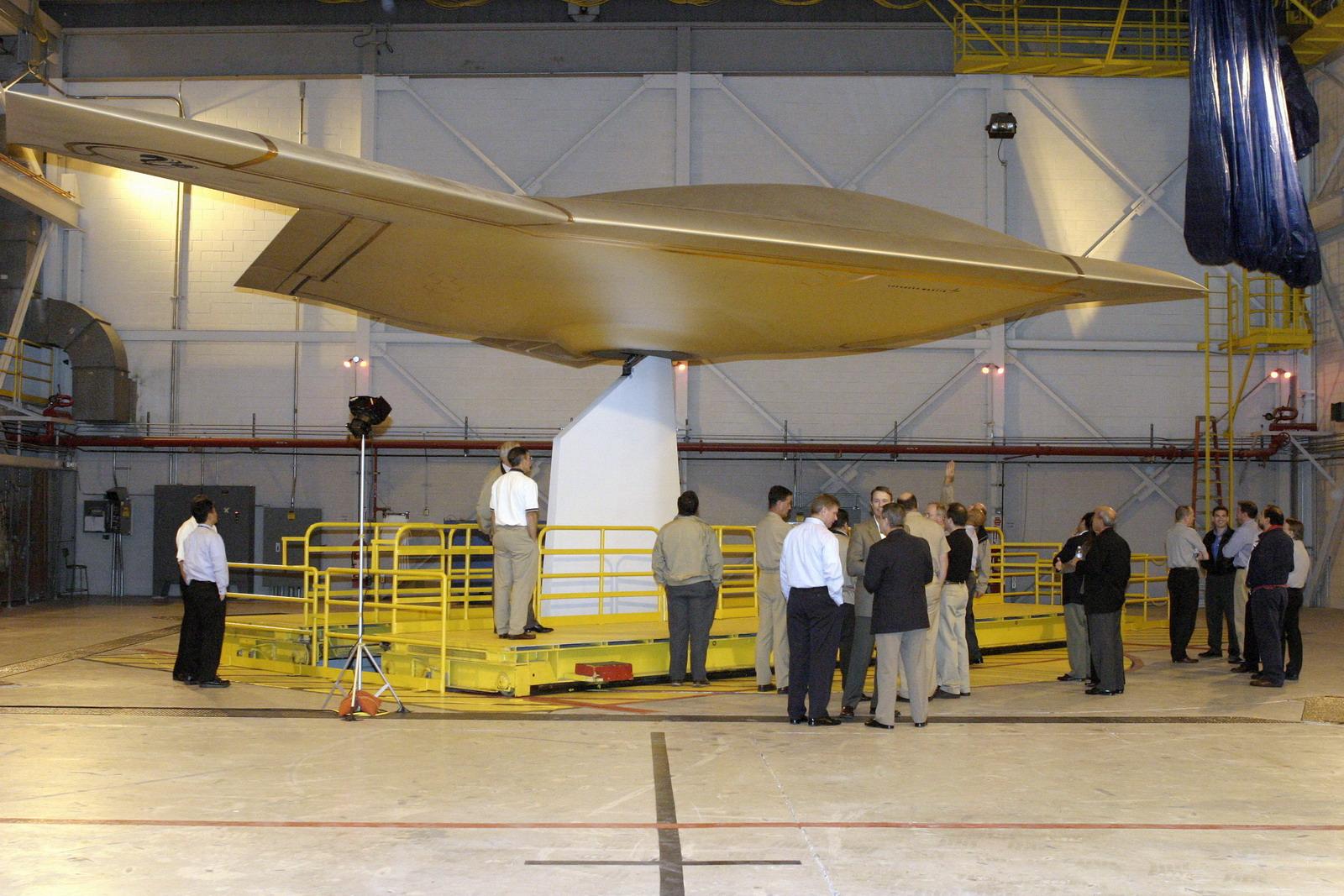 The Joint Unmanned Combat Air Systems (J-UCAS) program at its height aimed at achieving an early operational capability by 2010. Northrop Grumman’s contender was the X-47B, the first aircraft to be seen with the company’s “cranked kite” configuration. 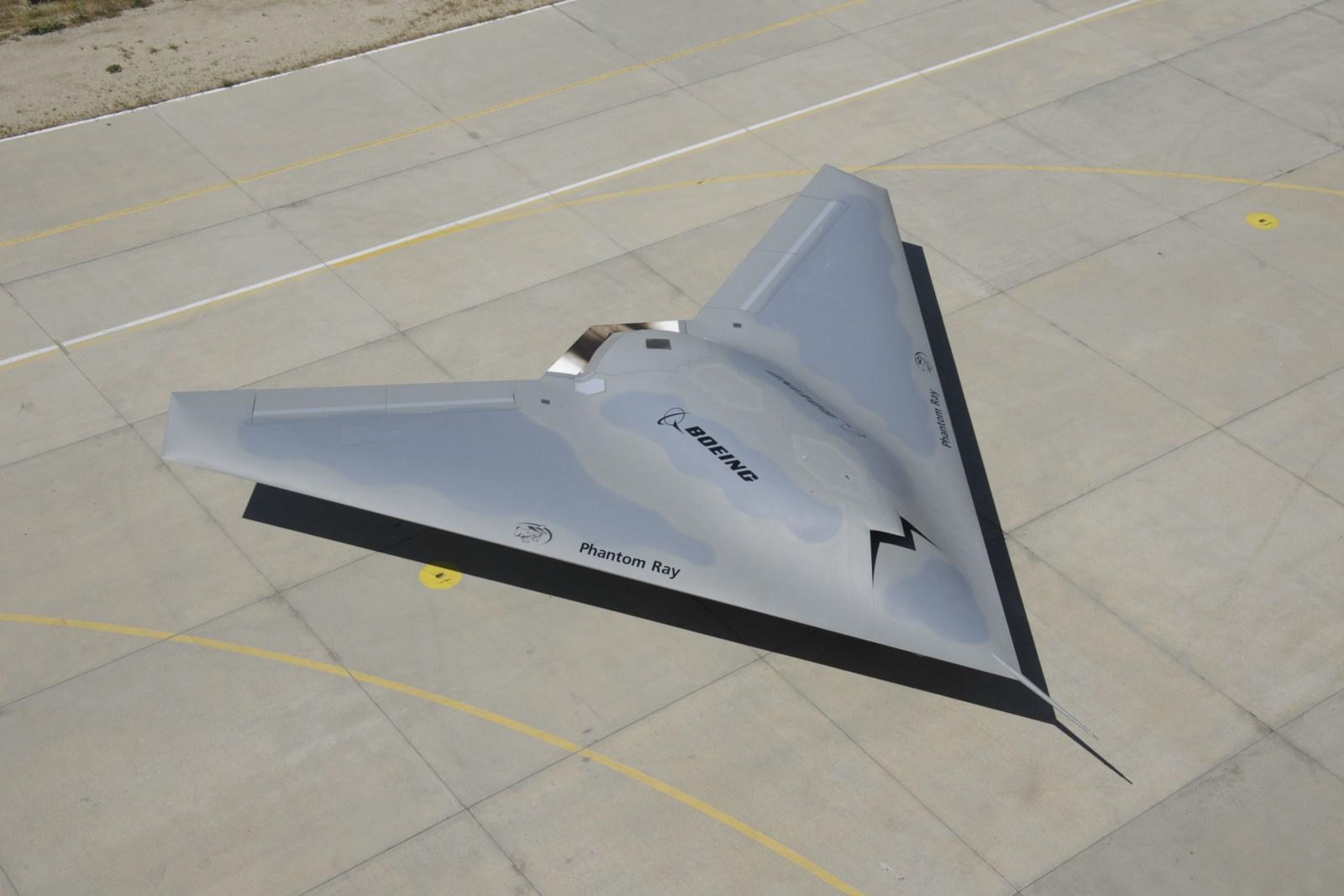 Boeing’s J-UCAS design eventually flew in 2011 as the X-45C Phantom Ray. By that time, the bomber competition was well underway and J-UCAS was long dead. 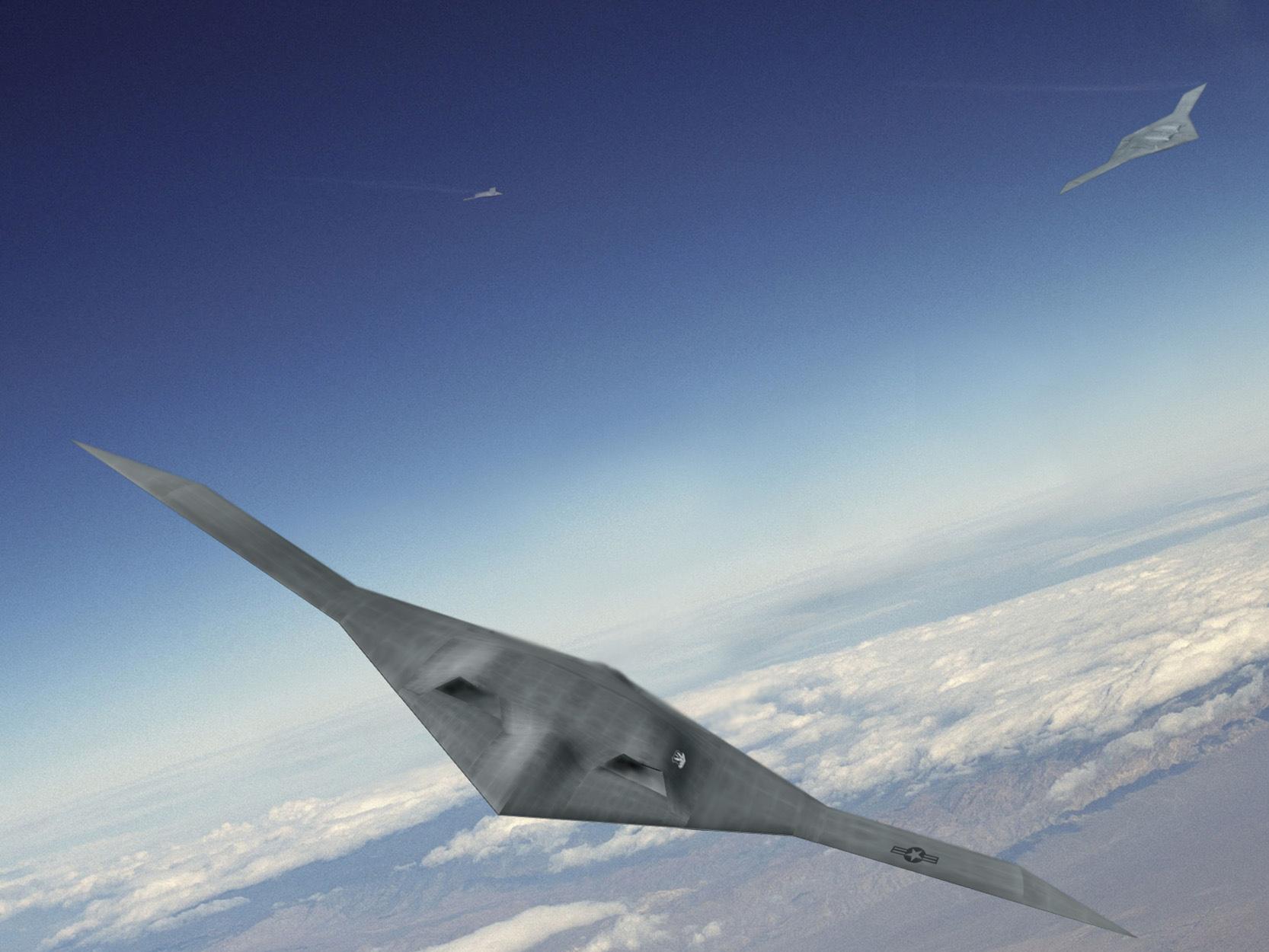 One reason for the demise of J-UCAS was a divergence between Navy requirements, which were constrained by wingspan, and Air Force desires for endurance and a “deep magazine,” which were not. By late 2005, Northrop Grumman was briefing on this 10,000-lb.-payload Unmanned Global Strike System with a 172-ft. wingspan and engines based on the General Electric CF34. 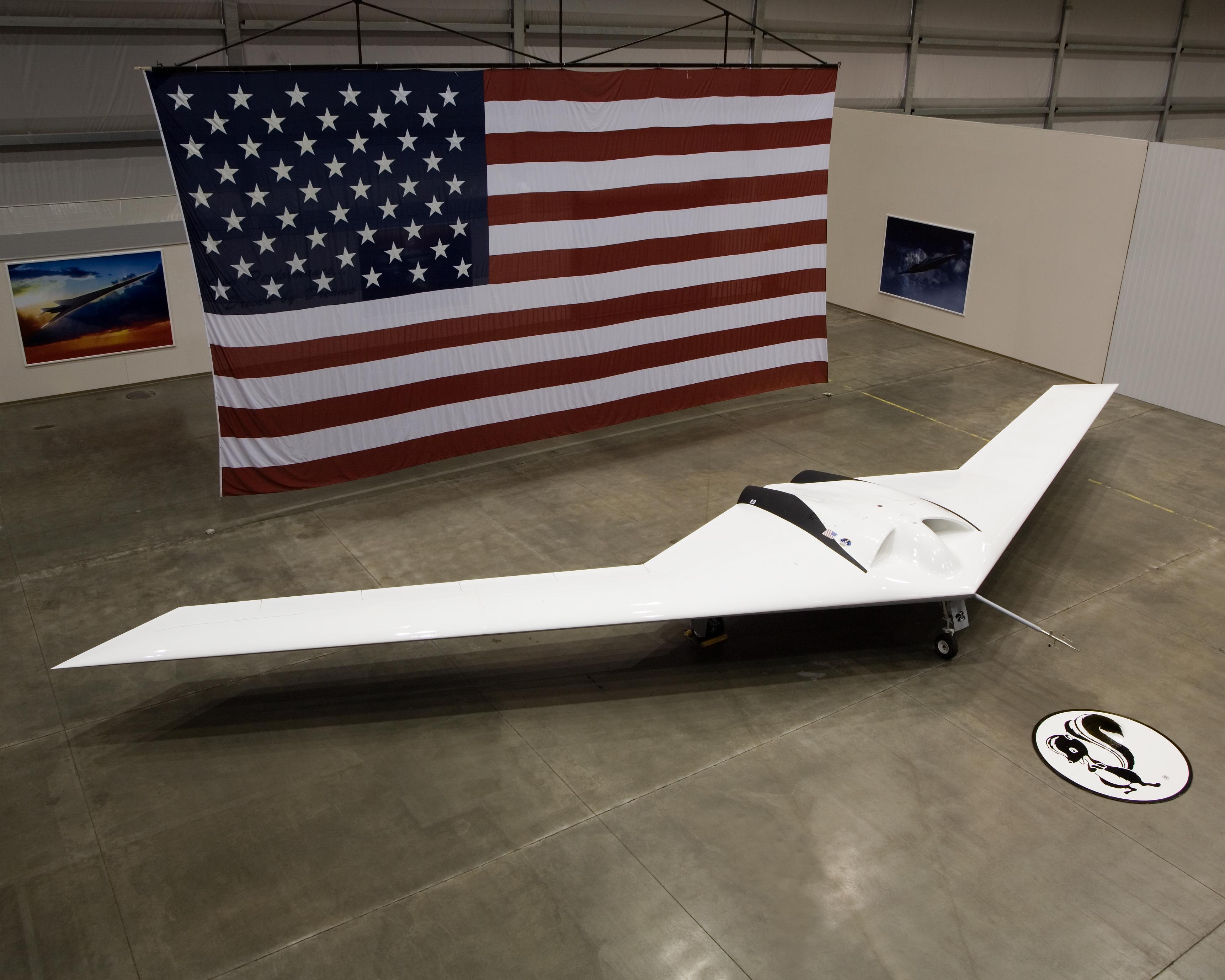 Lockheed Martin was a junior partner to Northrop Grumman on J-UCAS. But in 2006, the company unveiled Polecat, a technology demonstrator for a stealthy, efficient high-altitude aircraft. 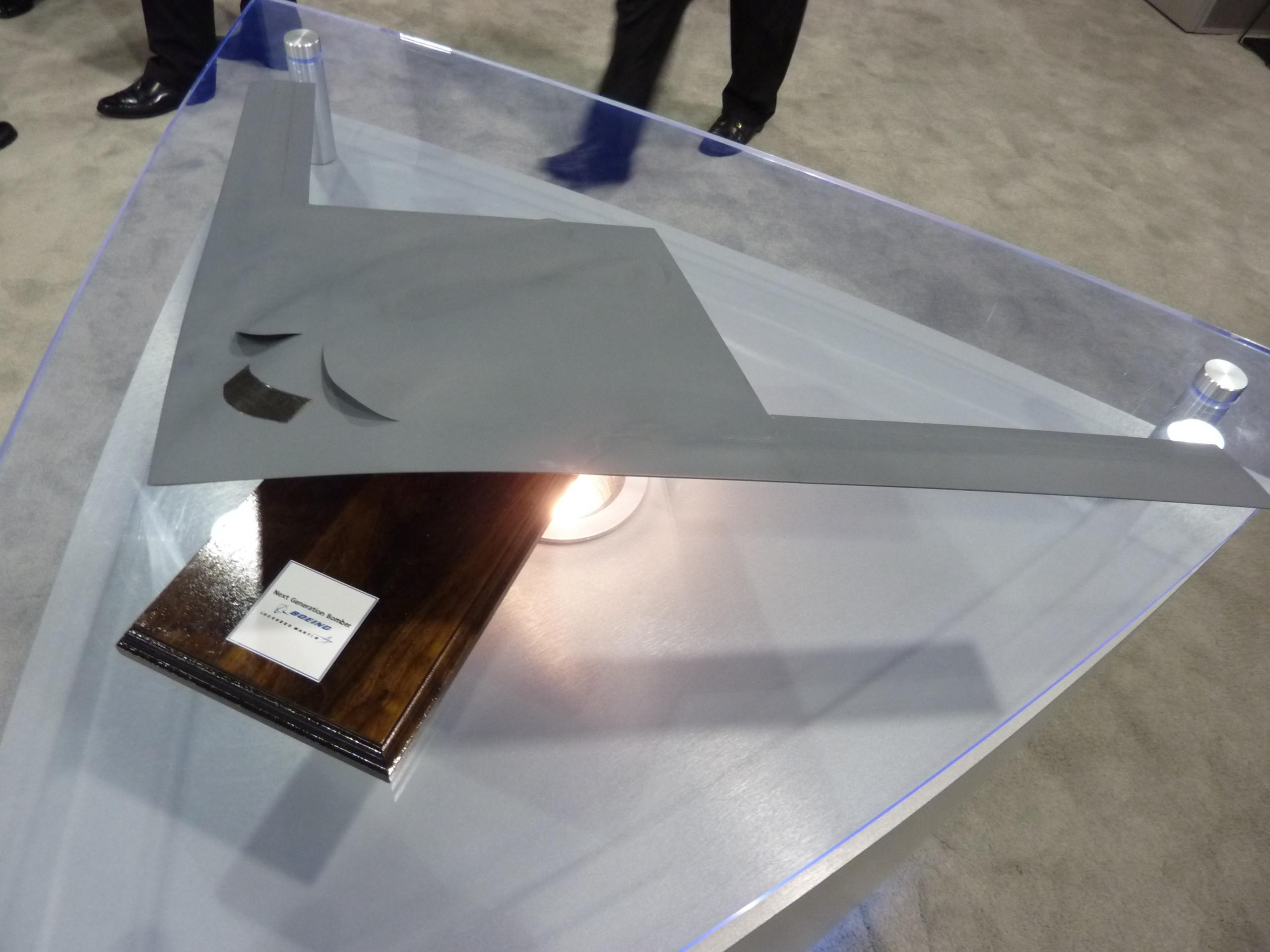 For a long time, Boeing was the only company to release any artwork or display any models related to the Next-Generation Bomber project. This was shown in 2008. 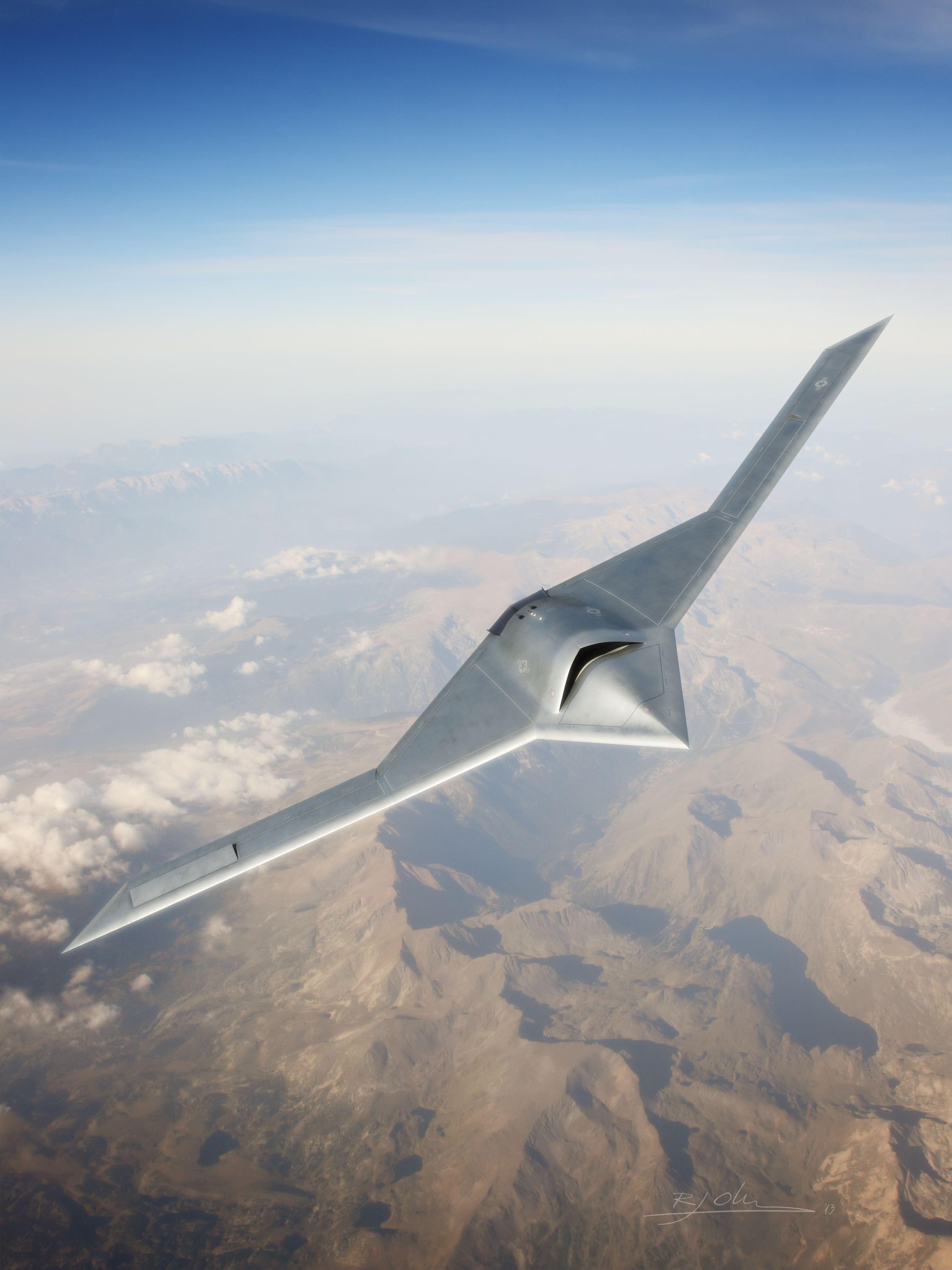 Northrop Grumman’s strongest card in LRS-B could be its performance on the RQ-180 high-altitude intelligence, surveillance and reconnaissance UAV—midway in size between the early J-UCAS and the bomber.

Five U.S. strategic bomber projects have reached the full-scale development stage since the B-52 in 1948. Three of them were canceled before production, and only two hit triple-digit production numbers. That alone makes the Long-Range Strike Bomber (LRS-B) engineering and manufacturing development award a historic event. The planning that led to LRS-B, however, started almost 15 years ago.

USAF's Secret Bomber: What We Do And Don’t Know

Editorial: Pentagon Must Better Explain Plans For Next Bomber