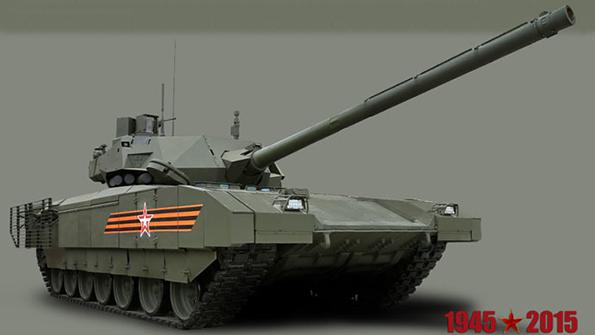 Russia’s long-awaited T-14 Armata main battle tank, believed to be in low-rate production, has been unveiled in rehearsals for the May 9 Victory Day parade in Moscow. It’s of great technical interest because it is one of a handful of tank designs to enter production since the immediate post-Cold War years, when the British Challenger and French Leclerc were fielded. The parade will also feature a number of other new designs, including three infantry fighting vehicles (IFV). 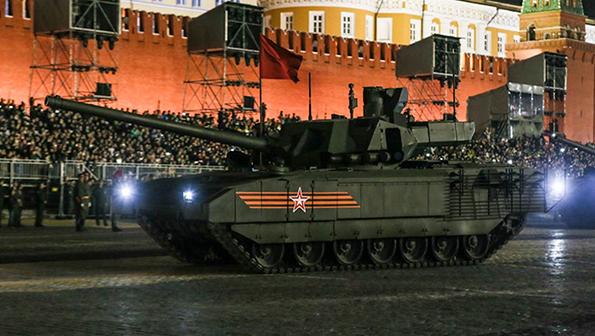 The T-14 Armata is revolutionary in being the first production tank with an unmanned turret. The three-man crew (commander, gunner and driver) occupy an armored capsule just ahead of the turret, which is narrower than usual and carries a new 125-mm smoothbore gun. A protected sensor suite for navigation, situational awareness and gunnery is located on top of the turret, together with a communications mast, and what appears to be an auto-reloading system projects from the back of the turret. Bar armor protects the engine. 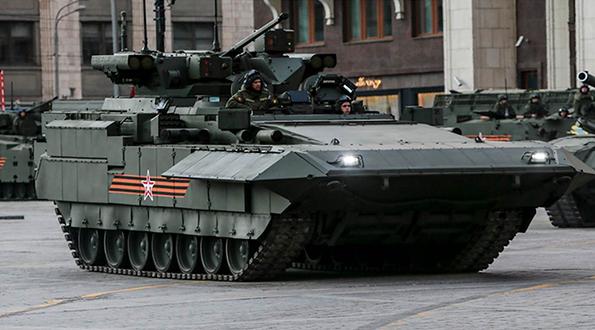 Another unique feature of the Armata is that a heavy IFV version, analogous to the Israeli Namer, has been developed in parallel. Reportedly designated T-15, it carries extra frontal armor and a remote-controlled weapon system (RCWS) turret mounting a medium-caliber cannon and four anti-tank guided missiles. Box-shaped antennas and launch tubes on top of the forward hull are part of an active protection system to destroy inbound weapons. 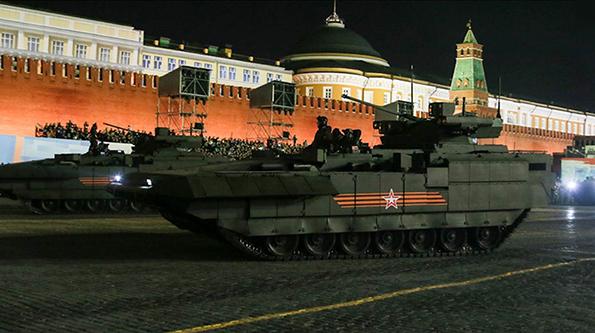 The Armata IFV variant uses the same 14-roadwheel running gear as the tank, but installed in reverse order, with the engine and driving sprockets at the front, leaving the rear of the vehicle free for the infantry compartment. The added frontal armor protects against a mobility kill. 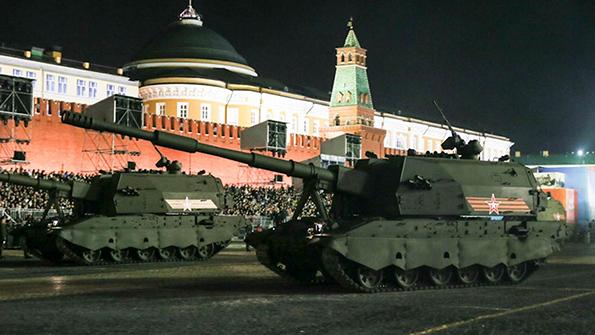 The Coalition-SV 152-mm. self-propelled gun is the replacement for the late-1980s 2S19 Msta-S. It is not as radical as some of its experimental predecessors, which featured an under-and-over twin-barrel gun system, but it has a larger turret and is believed to use a new modular charge system in the main gun. Contrary to some expectations, it retains the T-80-based 12-roadwheel running gear of the 2S19. 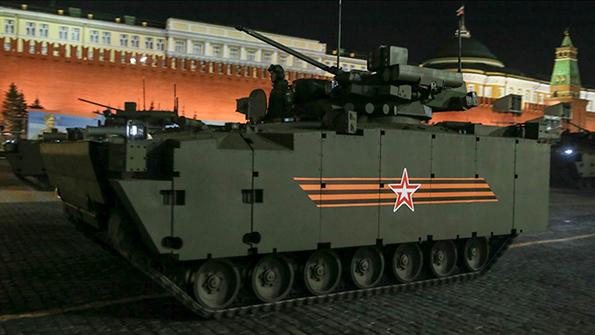 The Kurganets-25 infantry fighting vehicle is the follow-on to the BMP family but appears to have a much greater maximum weight than the 19-ton BMP-4, allowing it to carry supplemental armor if necessary, while doing without it in lower-threat environments. It also carries an active protection system. The gun-missile turret seen here is the same as that of the T-15 IFV, but another version carries a small defensive RCWS with a single machine-gun. 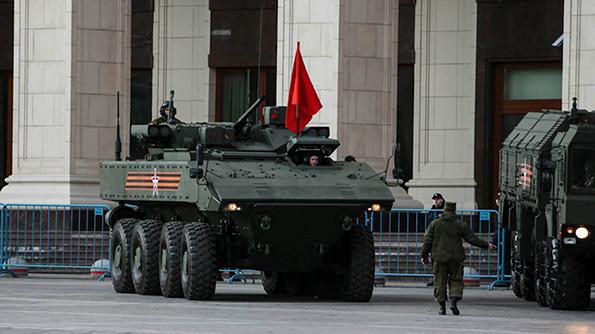 The all-new Boomerang is the first Russian 8 X 8 IFV to follow Western design practices, with a deep V-hull and fully exposed wheels. It is fully amphibious, with large ducted propellers Together with the T-15 and the Kurganets, it provides the Russian forces with three distinct options in terms of mobility and protection. This version has the same turret as the T-15 and Kurganets, but the Boomerang is also deployed with the smaller defensive RCWS seen on some Kurganets vehicles.

Rehearsals for the Victory Day parade in Moscow May 9 show off Russia’s new tank and other combat vehicles. Credit for all photos: Russian defense ministry