Who Are Contenders For OA-X Light-Attack Demo? 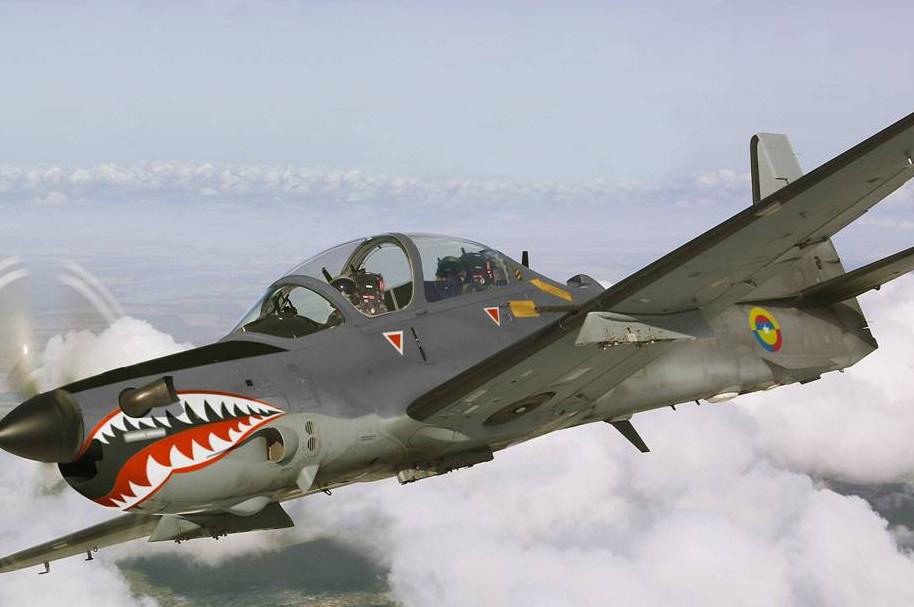 This turboprop light-attack aircraft is designed for counterinsurgency, close air support and aerial reconnaissance missions in low-threat environments. Designed to operate in high temperatures and extremely rugged terrain, the A-29 is highly maneuverable and has a low heat signature. It is in service with the Brazilian, Colombian, Chilean, Dominican and Ecuadorian air forces as well as the Afghan air force. The first of 30 Afghan A-29 pilots have graduated from training at Moody AFB, Georgia, and returned to Afghanistan. The full fleet of 20 A-29s will be in place by 2018. 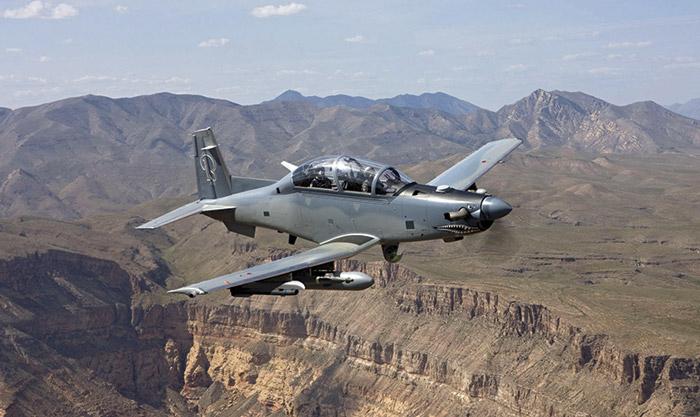 The AT-6 also is a low-cost turboprop, based on Beechcraft’s T-6 Texan trainer, used by the Air Force for basic pilot training and combat systems officer training, and by the U.S. Navy and Marine Corps for primary and intermediate naval flight officer training. It is used widely as a basic trainer by the Canadian, Greek, Iraqi and Israeli air forces as well. 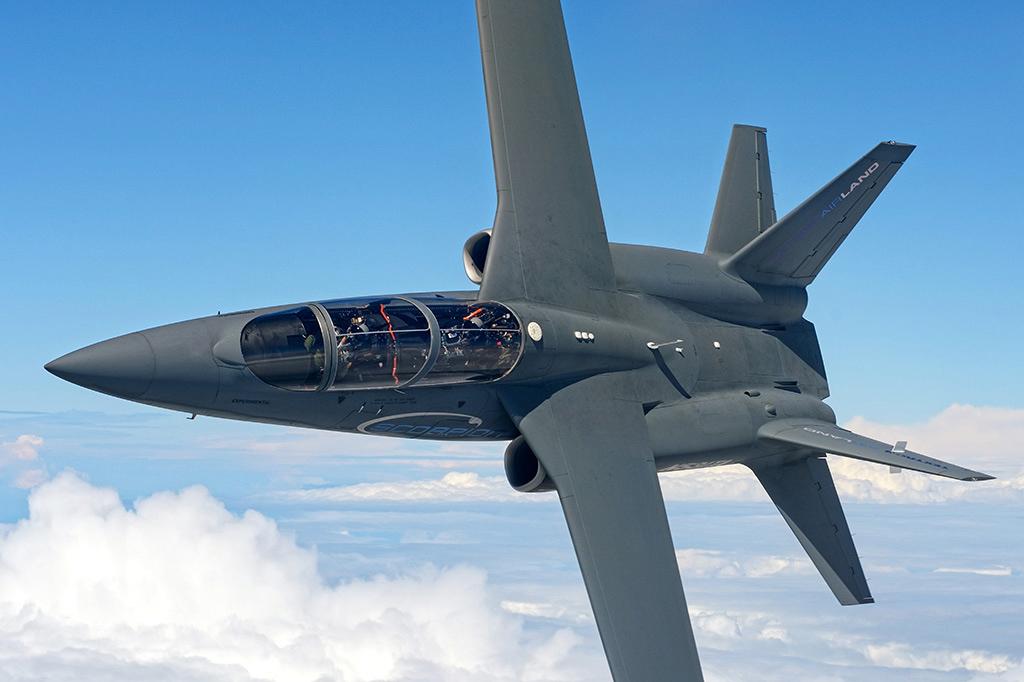 This is a bit of a dark-horse candidate. The Scorpion made its first flight in 2013 but has not yet signed any customers. Textron recently withdrew the Scorpion from the Air Force’s T-X Advanced Pilot Trainer competition because it cannot meet the stringent requirements.

The Scorpion is a light jet rather than a turboprop, with the operating costs to prove it. 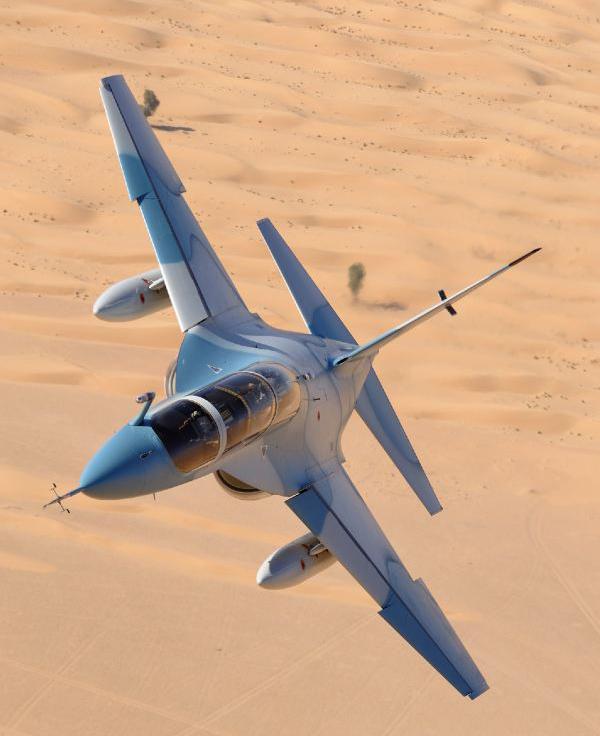 Leonardo says it is focused now on offering a variant of its M346 twin-engine transonic trainer for the Air Force’s T-X competition, but it will likely pitch the M346FT for the OA-X demonstration. Originally codeveloped with Russia’s Yakovlev as the Yak/AEM-130, the partnership was dissolved in 2000. The M346 trainer is operated by the Israeli, Italian, Polish and Singaporean air forces.

The M346FT is the multirole version of the advanced trainer. 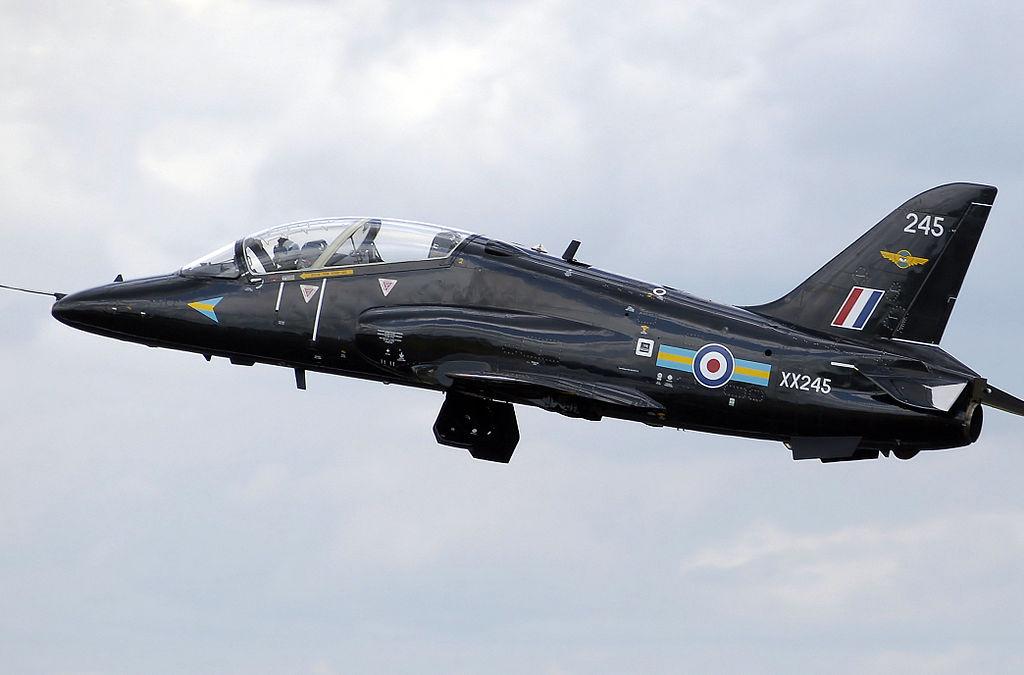 This single-engine, jet-powered advanced trainer is used by the Royal Air Force and several military operators of other countries. Northrop Grumman had planned to offer the Hawk T2 for the Air Force’s T-X program, but in February 2015 it decided the British aircraft was not suited for the program requirements.

Aside from the age of the design, the Hawk might also be too expensive for OA-X, at £18 million per unit in 2003 or $33 million today. 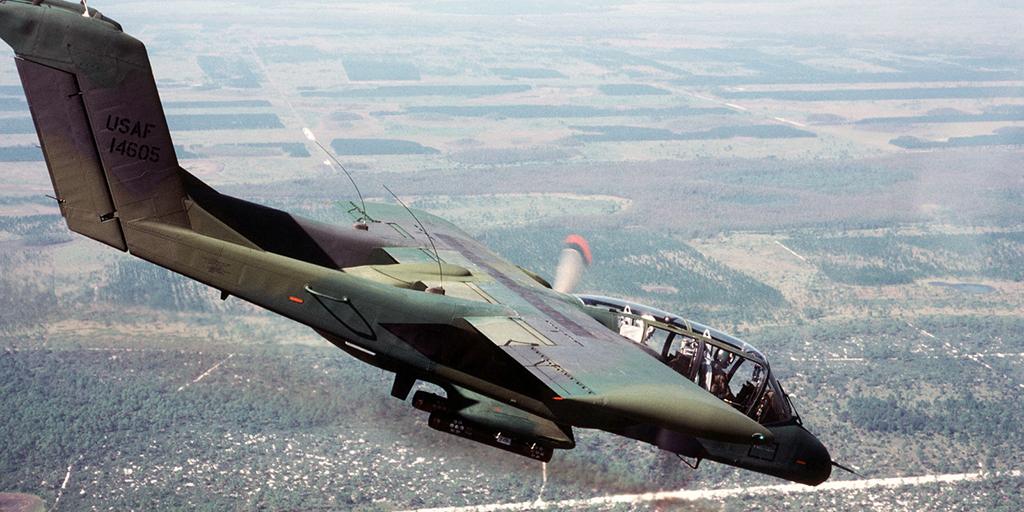 The original founders of the OA-X concept, which dates back to 2007 as the surge in Iraq reached its peak, were inspired by the Vietnam War-era North American Rockwell OV-10 Bronco, an observation aircraft that was repurposed as a light-attack bird. The Air Force even went so far as to evaluate two OV-10G+ aircraft—on loan from NASA—for the OA-X as part of the Combat Dragon II program. In 2009, Boeing put together plans internally to build a modernized version of the Bronco, dubbed the OV-10X, for a possible light-attack aircraft.

Although the original OA-X and following Light Attack and Armed Reconnaissance programs were both canceled, Boeing may revive the OV-10X concept for the new OA-X plan. 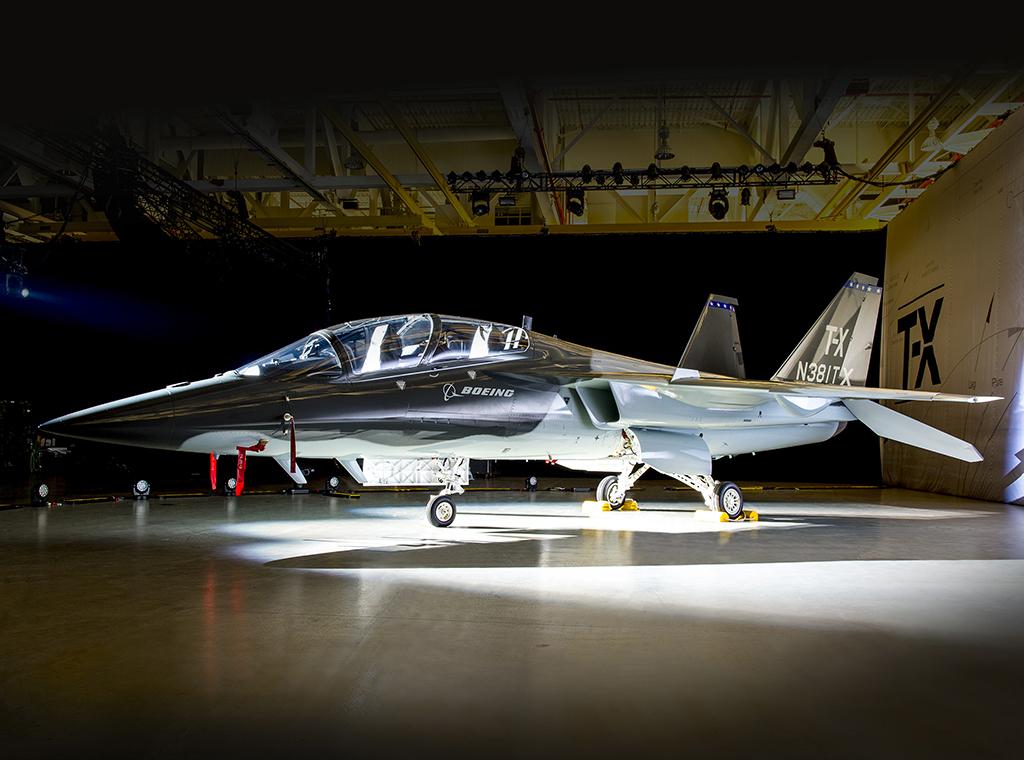 Boeing insists it is focused on winning the T-X competition, but it could also offer a variant of its “Next-Gen T-X” for the OA-X demonstration. Boeing and partner Saab built a clean-sheet design for T-X, unveiling a twin-tail, single-engine jet in September that looks like a hybrid of an F/A-18 Super Hornet and a Gripen.

Boeing and Saab’s T-X is a twin-tail airframe designed for high maneuverability and angle of attack, powered by the single GEF404 engine used in the classic F/A-18 Hornet. It has two hard points on each wing and one on the centerline fuselage. 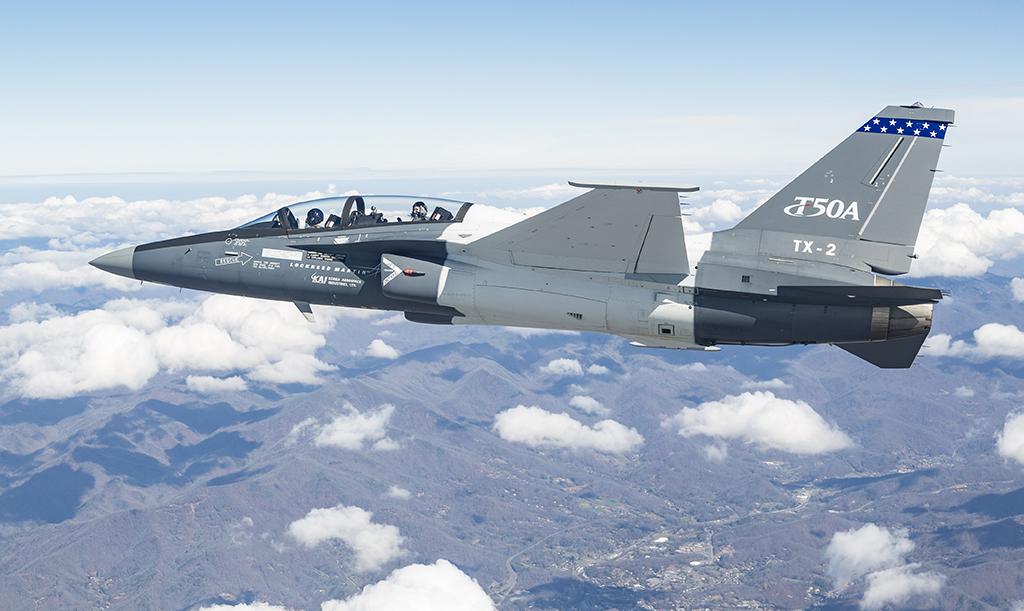 Similar to Boeing/Saab and Leonardo, Lockheed Martin could offer a light-attack variant of its T-50A for the OA-X demonstration. Lockheed last year decided against offering a clean-sheet design for T-X, instead settling on the T-50A codeveloped with Korea Aerospace Industries. The aircraft is based on the T-50, which is in service with the South Korean air force. 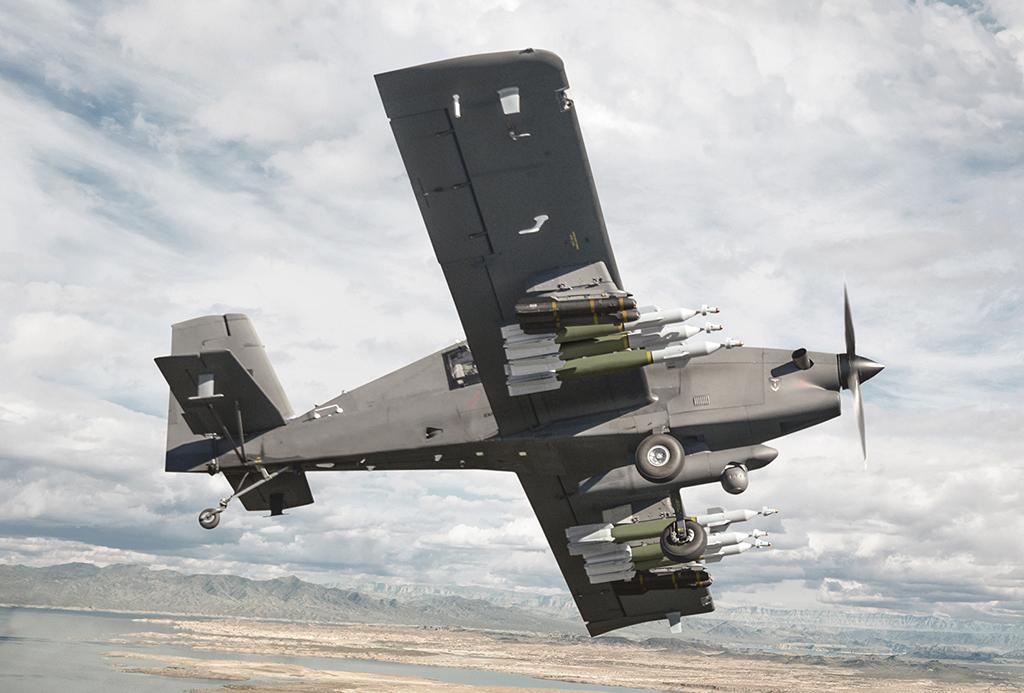 Iomax USA’s Archangel was unveiled at the Paris Air Show in 2013 and completed its first flight in July 2014. It is an armed surveillance aircraft designed to provide improved precision strike capabilities against fixed and moving targets over land and at sea. The United Arab Emirates is buying the Archangel for border patrol. 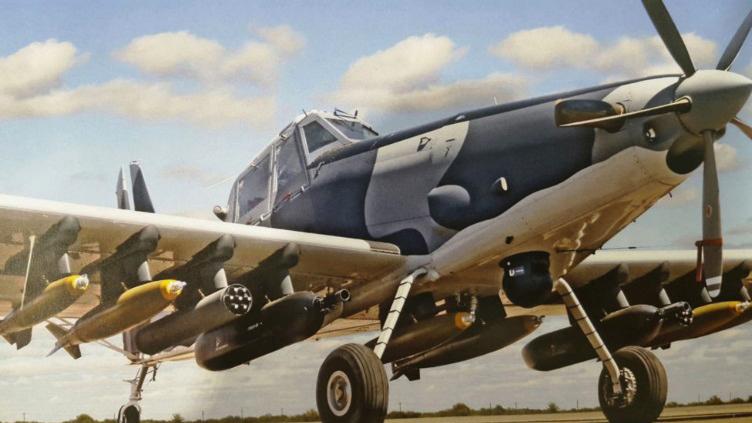 L3 Technologies and Air Tractor marketed their AT-802L as the OA-8 Longsword at the 2017 Avalon Airshow in Australia. The Longsword is adapted from Air Tractor’s AT-802 agricultural aircraft, which can be configured into firefighting or armed versions. 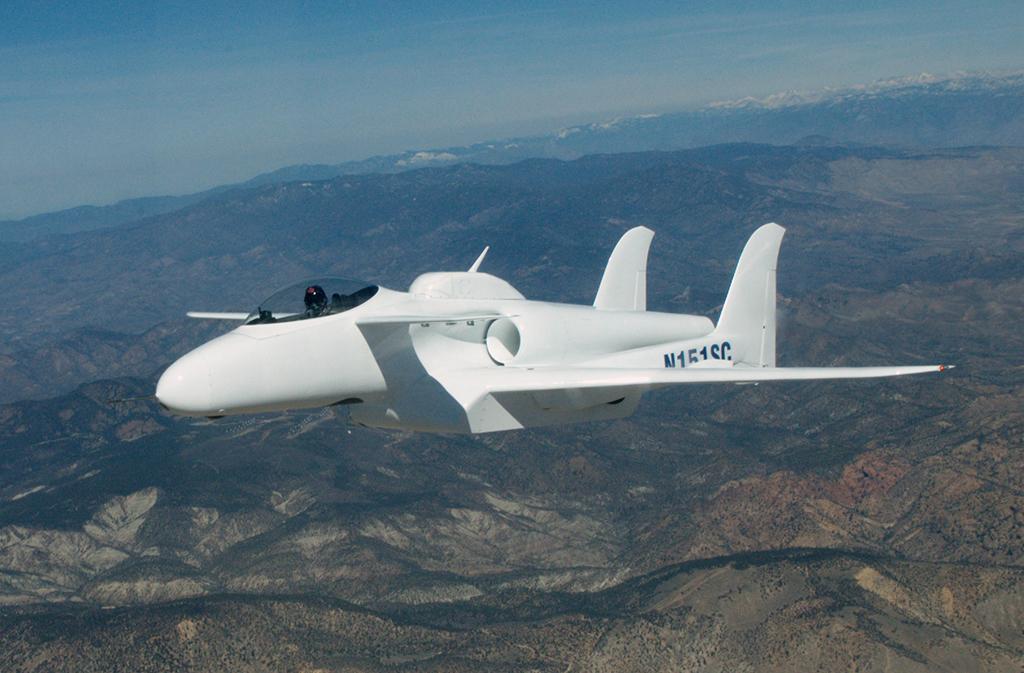 The ARES Scaled Model 151 was initially designed in response to a U.S. Army request for a low-cost battlefield attack aircraft. Its mission goals were low-altitude, close-air support, with long endurance and with adequate field performance to operate from roads. Although the Army never bought the platform, Scaled Composites built a demonstrator with internal funds. The ARES first flew in February 1990.

ARES is powered by a single Pratt & Whitney JT15D-5 turbofan engine rather than the originally proposed turboprop, and is armed with a GAU-12/U 25-mm cannon. 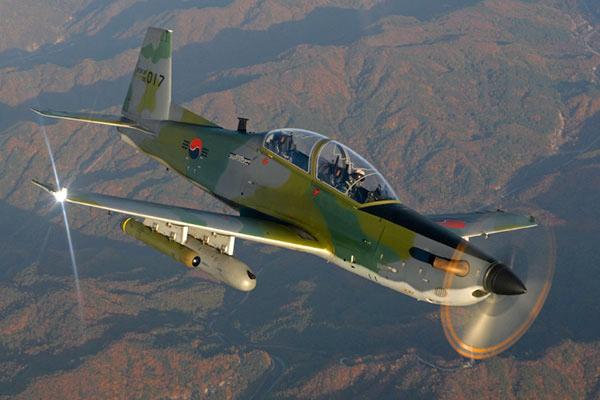 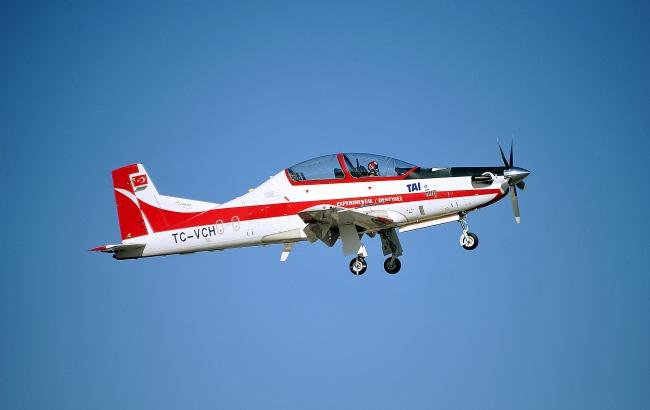 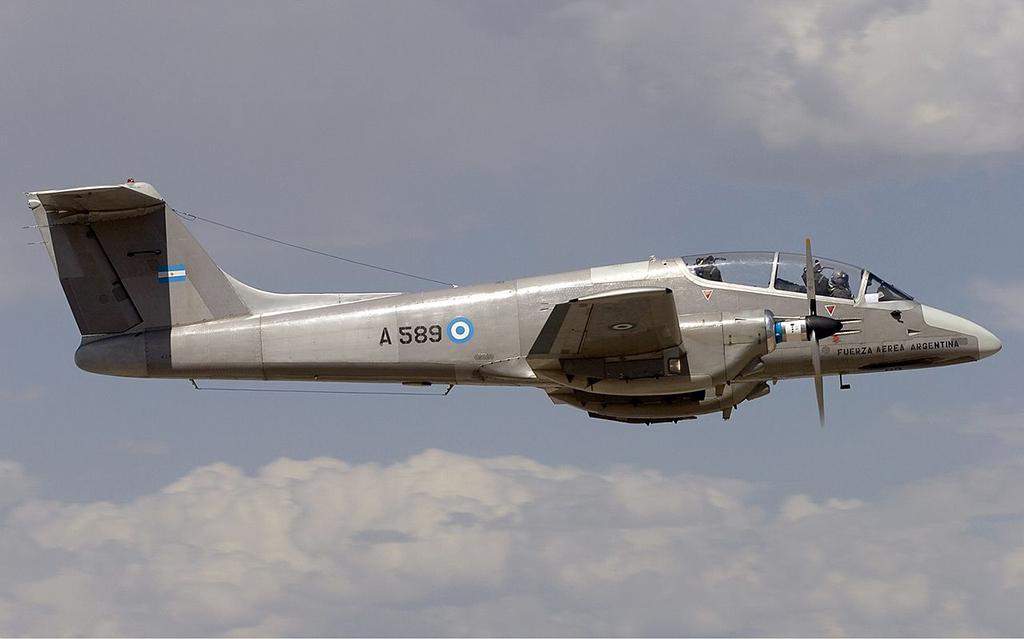 International possibilities (would need US partner).

The U.S. Air Force will take its first step toward potentially fielding a low-cost, light-attack aircraft this summer with a flight demonstration at Holloman AFB, New Mexico. The service is looking to choose up to four industry partners to bring one or two off-the-shelf aircraft to Holloman for a capability assessment in which Air Force aircrew will evaluate each aircraft’s ability to perform light attack and armed reconnaissance missions and operate from austere locations.

For industry, the stakes are high—the selected designs will likely have an advantage if the Air Force moves forward with a 300-aircraft buy. Since affordability is a main driver, Embraer and Sierra Nevada Corp.’s A-29 Super Tucano is an obvious front-runner. Already in service with the Afghan air force through the U.S. Light Air Support (LAS) program, the turboprop is a proven asset, with historically low operating costs.

Textron also has a shot, with either its turboprop AT-6 Wolverine or light jet Scorpion. However, the AT-6 lost out to the A-29 in the 2011 LAS competition. Meanwhile, the Scorpion has never quite found its niche. Its performance is not up to par with most true fighters, and its reported $3,000-per-hour operating costs might be too expensive for an OA-X capability.

Other less obvious options will likely start appearing as the OA-X effort gains traction. Here is a look at some of the possibilities.