In recent conflicts the US has been able to carry out air operations at will, wherever and whenever required. This is air dominance, and maintaining it will require technological innovation in the face of near-peer competition.

USAF Air Combat Command Head Gen. Mark D. Kelly has described the leading-edge technology which ensures US air superiority as "the biggest benefit we've had as a nation."

Paul Ferraro, VP of Airpower at Raytheon Missiles & Defense, is confident that the air dominance edge can be maintained, in many cases by upgrading existing systems.

"We are designing technology upgrades that not only avoid obsolescence but significantly enhance the performance of their proven systems," says Ferraro. "Part of our job is to ensure weapon systems will maintain the relevance of 4th generation aircraft."

He points to the AIM-120 AMRAAM missile, first introduced thirty years ago and still at the leading edge of air warfare thanks to continuous upgrades. The F3R (Form, Fit, Function Replacement) program is further enhancing what AMRAAM delivers to aircrew. 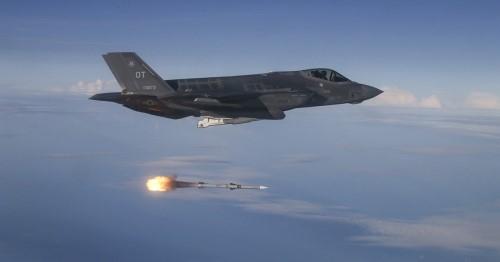 The software includes advanced predictive algorithms. These can improve the missile's capabilities as meaningfully as a new rocket motor.

Air dominance will also be maintained by the introduction of novel air-to-surface weapons, such as Raytheon's StormBreaker Smart Weapon.

"StormBreaker is a tremendously advanced weapon to engage moving targets in an all-weather environment," says Ferraro. "It has a tri-mode seeker, a capability that was simply not technologically feasible previously."

This seeker incorporates semi-active laser guidance similar to existing smart bombs, but it also boasts millimeter-wave radar and infra-red imaging. The weapon can seek out and identify targets from long range even adverse conditions. StormBreaker can also communicate after launch.

"Networking is a big part of StormBreaker's current capability, with a weapons data link incorporated. That supports network-enabled operations which delivers enhanced operational flexibility. The weapon is currently deployed on the F-15E, and we have tested handoffs from a variety additional of platforms," says Ferraro.

Network-enabled operations might include accepting new target data after launch, or passing data from StormBreaker's sensors back to the launch platform or even to another weapon.

Ferraro also notes the importance of radar technology for air dominance. Unlike earlier radars Raytheon's new AESA radar is entirely electronic: adjusting the output from an array of semiconductor emitters generates, shapes and controls the beam.

"Airborne radars allow aircrew to see further and more clearly which is critical to mission success—GaN enables this," says Ferraro.

"Upgrading to a GaN AESA radar increases search and depth capability, which increases the ability to project combat power and effectiveness in a contested environment," says Ferraro.

The heart of the AESA radar is a chip of Gallium Nitride (GaN), similar to an LED but producing radio waves. The next generation are likely to be even better.

"We are not maxed out on GaN yet, there is still more potential for us to find," says Ferraro.

For both weapons and sensors, Raytheon increasingly employs digital engineering technology. This uses modelling and computer simulation to speed the design process and validate and verify systems before hardware is manufactured. 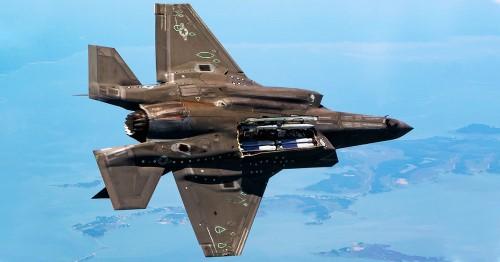 "Digital engineering allows us to validate and verify designs in ways that were previously impractical or impossible, such as simulating a weapon's effectiveness against a particular defense scenario," says Ferraro.

It all adds up to a commitment not just to meet existing requirements, but to build in growth potential for emerging and future requirements, and maintain air dominance against all competition. This is a huge challenge, but as Ferraro points out, history suggests it is achievable.

"Raytheon has helped the USAF keep pace with the evolving threat for thirty years," says Ferraro. "I fully expect we will continue."