How The U.S. Air Force Is Supporting The Battle For Mosul 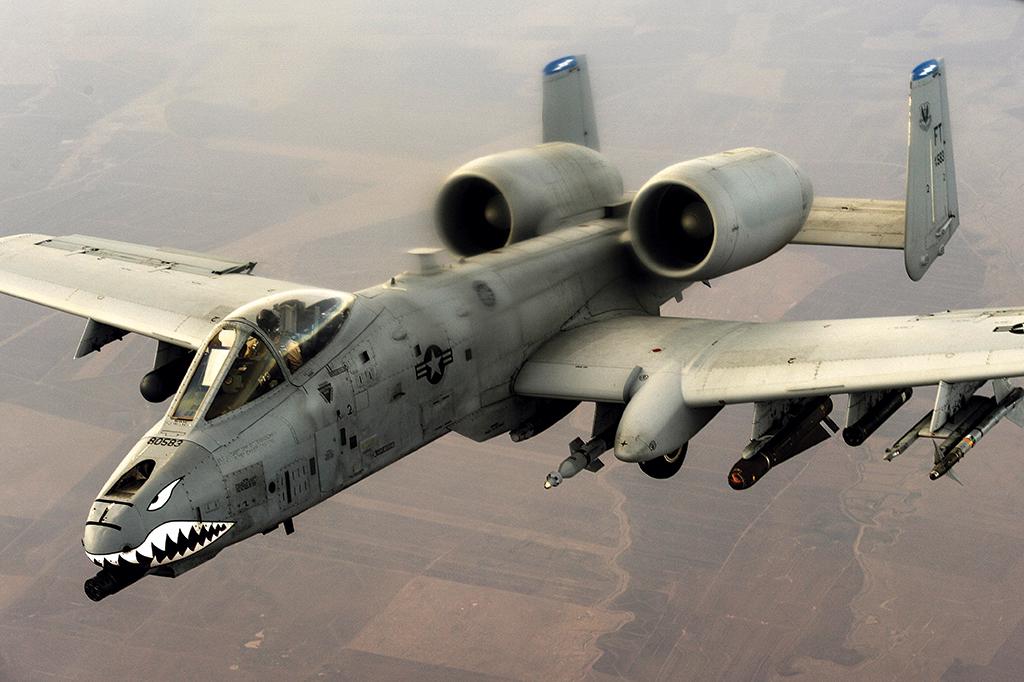 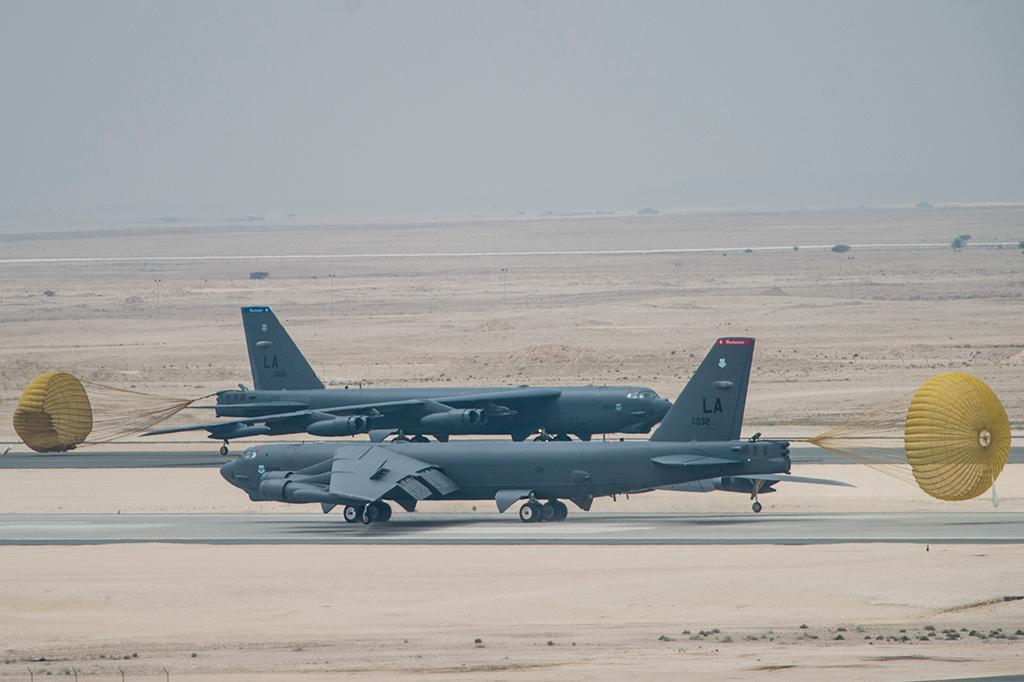 As new threats pop up all over the city, the demand for air support becomes “almost platform-agnostic,” Manning says. “It becomes a question of the volume and availability of having the aircraft able to perform those missions, not the platform itself,” he notes. The long-range heavy B-52 bomber, with its ability to carry 70,000 lb. of mixed ordnance, has proven its effectiveness in conducting both CAS and deliberate strikes in recent engagements in the region. 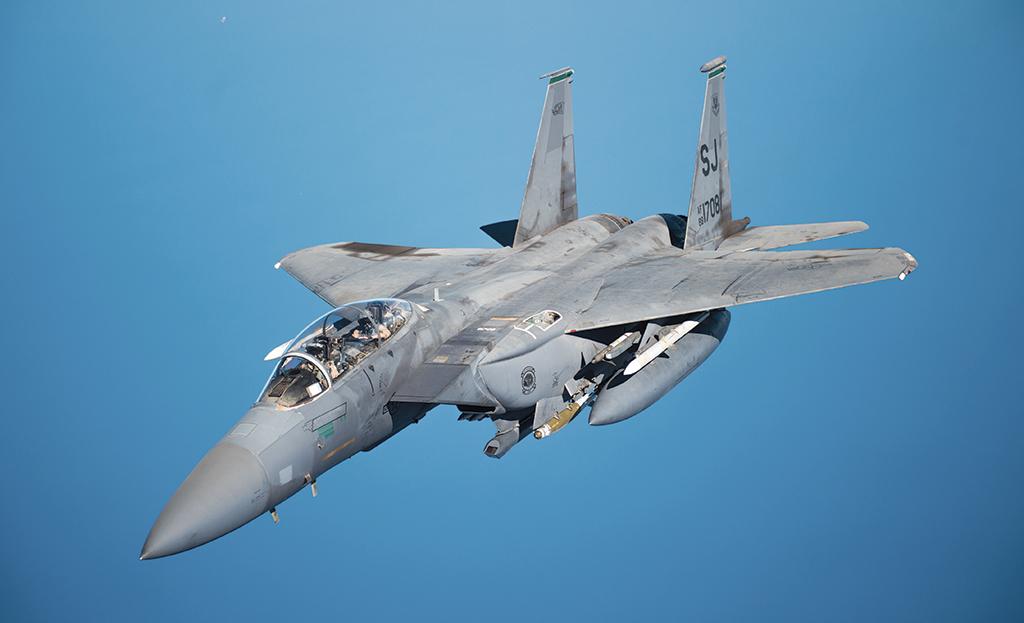 The Air Force is using fighter jets like this F-15 Strike Eagle to conduct CAS and deliberate engagement in support of the battle for Mosul and elsewhere in the region. So far, the Air Force has employed just over 1,100 weapons since the battle began on Oct. 17, and the vast majority are either GPS- or laser-guided bombs, Manning says. Commanders are finding the number of available bombs over the target at one time limits their ability to strike, so they must use every platform at their disposal. 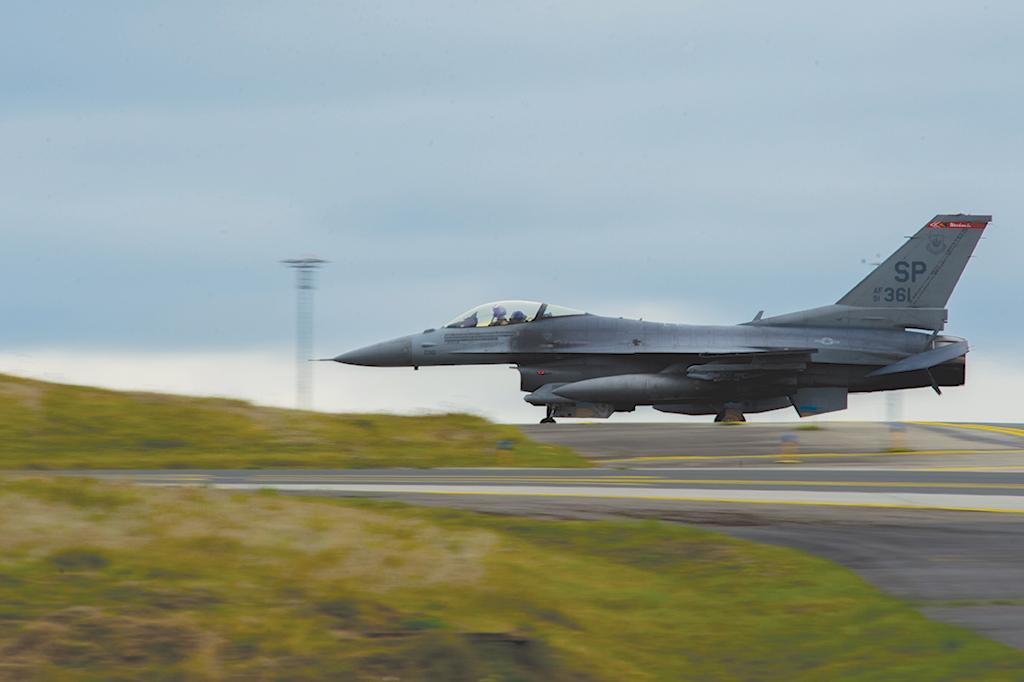 As ground troops advance into the heart of the city, the urban environment presents new challenges for air commanders and fighter jets such as this F-16 Fighting Falcon. So-called Islamic State fighters are known for hiding among innocent civilians, and in Mosul the group has “essentially taken the citizens hostage,” Manning says. The Air Force and coalition allies must work together to ensure they precisely identify where the enemy is located in order to avoid civilian casualties. This F-16, assigned to the 480th Expeditionary Fighter Sqdn., recently completed a six-month deployment to Southwest Asia. 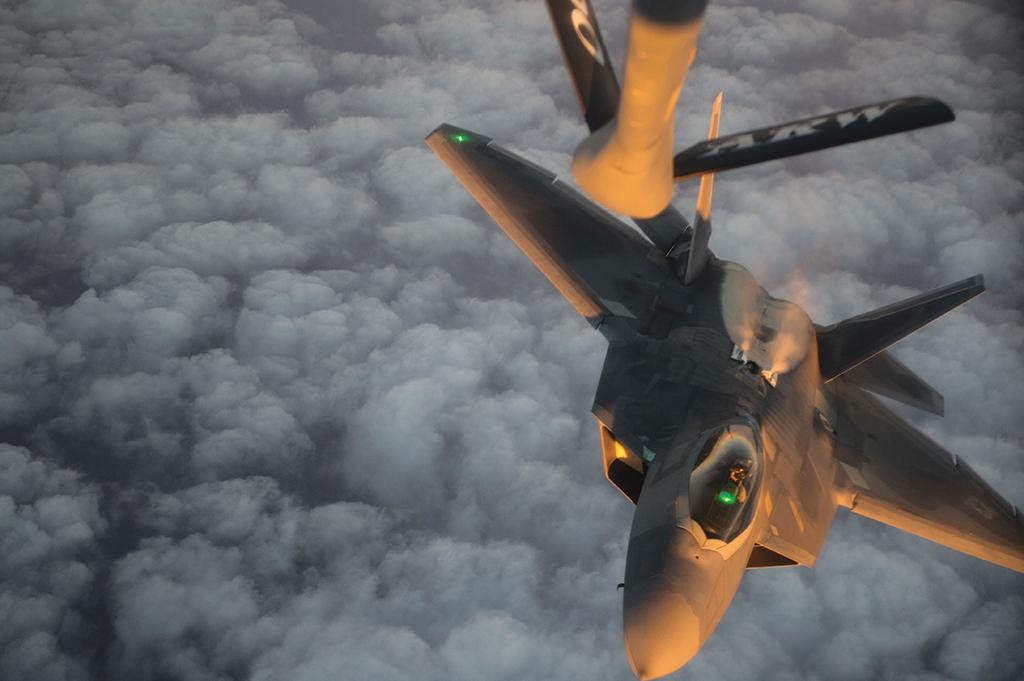 Although the F-22 Raptor began flying in the late 1990s, the stealthy air-superiority fighter marked its first operational deployment in 2014 in support of operations in Syria. The jet’s air-to-air and air-to-surface weapons are optimal for long-range strikes, and commanders are using it for CAS and deliberate engagements, Manning says. Although the skies above Mosul do not call for stealth aircraft, the presence of the F-22 allows U.S. forces operational flexibility in case the CAOC detects a threat from sophisticated Russian or Syrian systems in the theater. 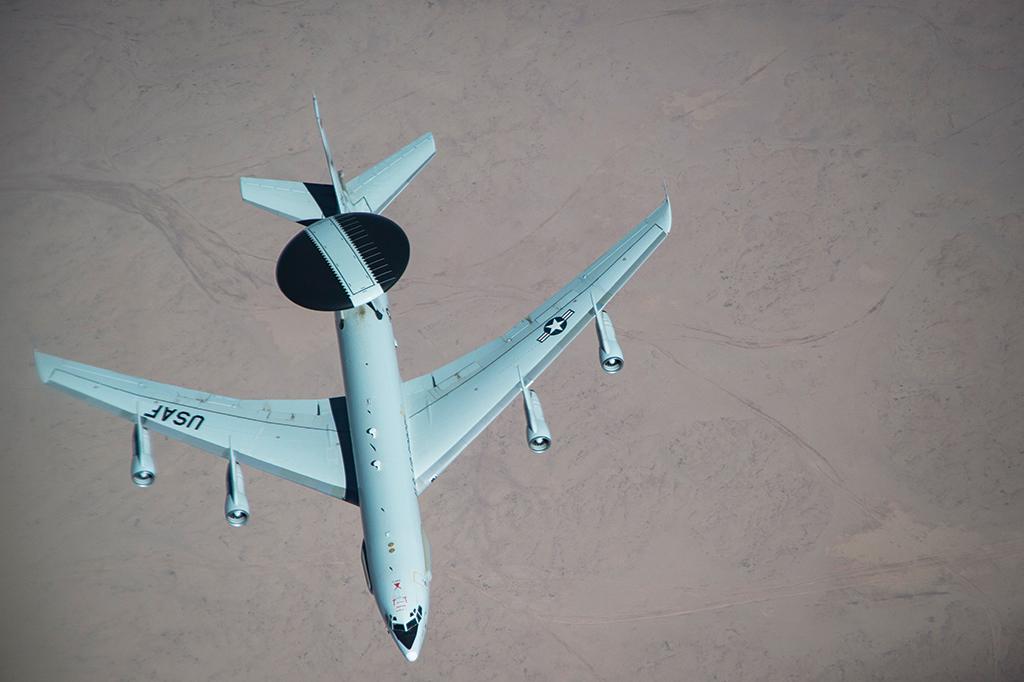 ISR platforms such as the E-3 Sentry are critical to winning Mosul back from the terror group. The E-3 is an all-altitude, all-weather airborne warning and control system aircraft, with integrated command-and-control battle management, surveillance, target detection and tracking capabilities. The aircraft, a modified Boeing 707-320 with a rotating radar dome, is used to provide an accurate, real-time picture of the battlespace to the Joint Air Operations Center. 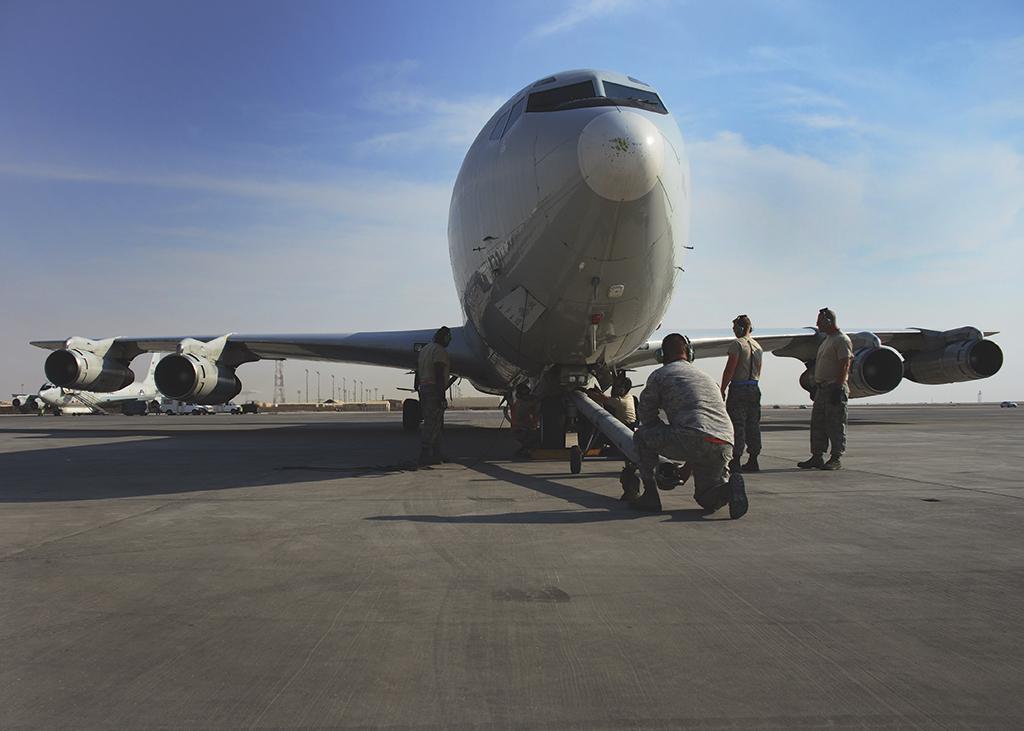 Commanders are flying Northrop Grumman’s E-8C Joint Surveillance Target Attack Radar System (J-Stars) to provide battle management, command and control and surveillance to ground attack units in Mosul. But the aging J-Stars airframes, which were purchased secondhand from Boeing in the 1980s, have recently experienced maintenance issues that caused the Air Force to temporarily ground four aircraft in September. The Air Force still has concerns about the quality of work at Northrop’s depot facility in Lake Charles, Louisiana, and may need to conduct additional safety inspections on the rest of the fleet. 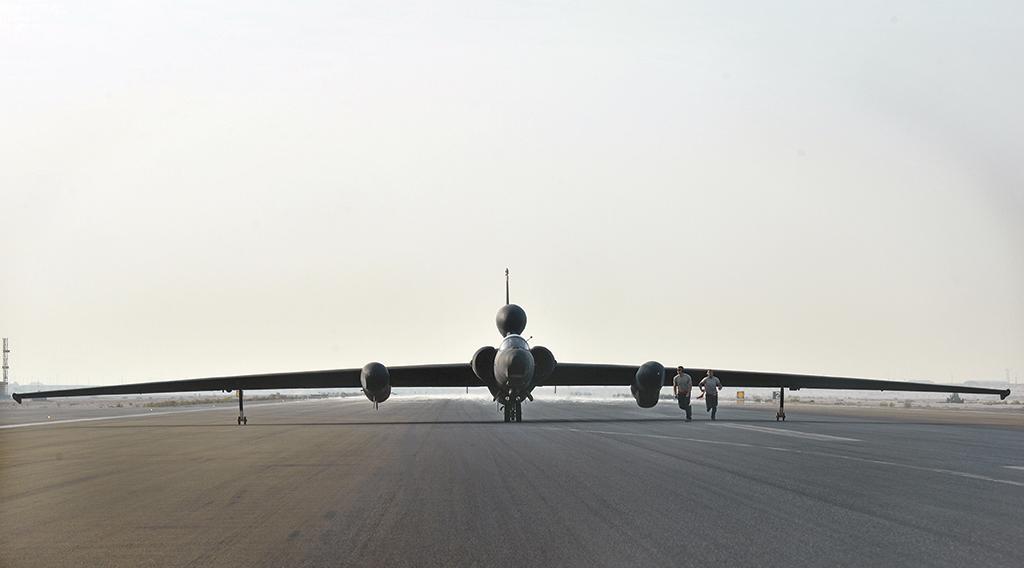 Perhaps the best known of the Air Force’s ISR platforms, the venerable U-2 Dragon Lady spy plane, is flying surveillance missions in the skies above Mosul. As the airspace is not contested, the Air Force can use many of its ISR assets interchangeably to provide key intelligence to the troops in support of deliberate airstrikes, Manning says. 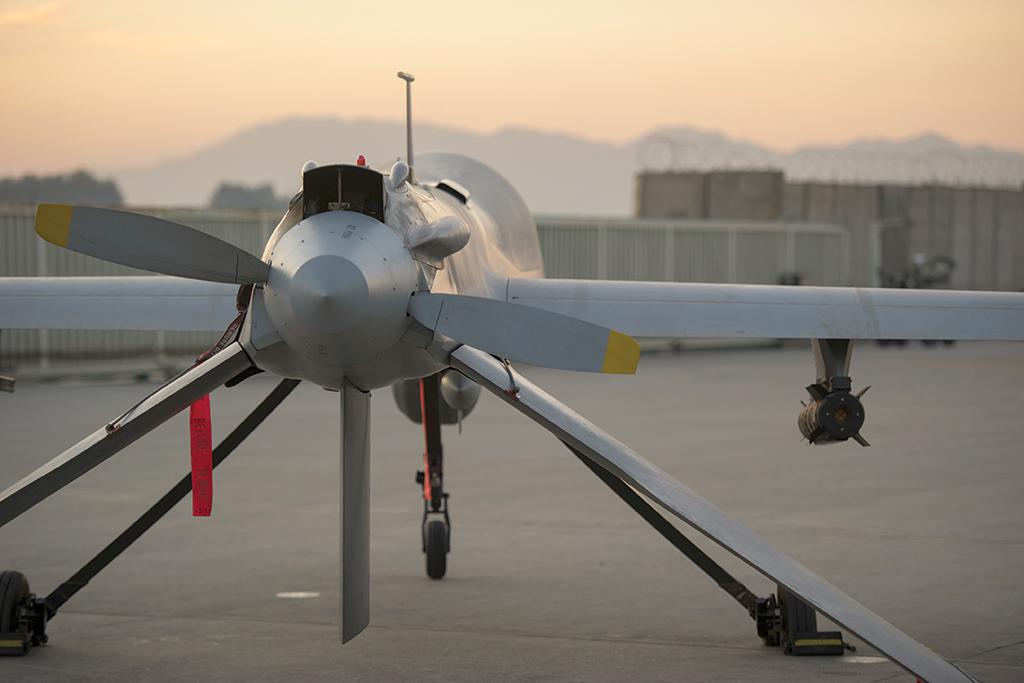 Although high-endurance UAVs such as the MQ-1B Predator are often used to execute dynamic targets, in the battle for Mosul, commanders primarily use them for intelligence collection. In many cases, the ISR data provided by the sophisticated sensors on such UAVs is more valuable than its limited payload, Manning says. 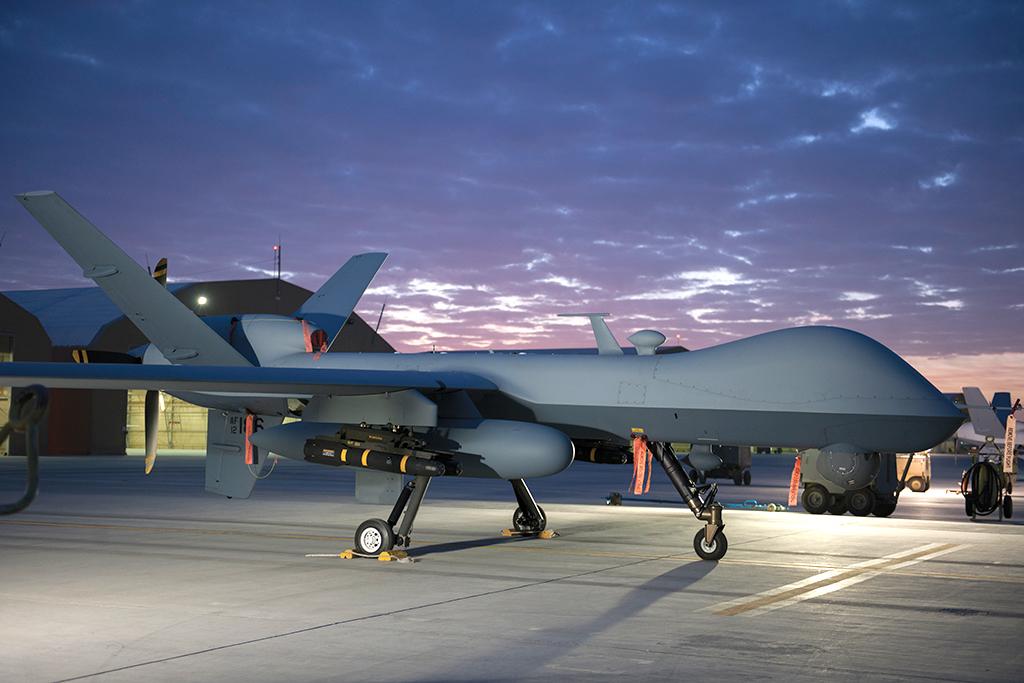 The Air Force's upgraded MQ-9 Reaper is conducting ISR and strike missions. The UAV pictured, from the 62nd Expeditionary Reconnaissance Sqdn., is equipped with an extended-range modification, which allows for 20-40% additional flight time, depending on the aircraft’s load out. 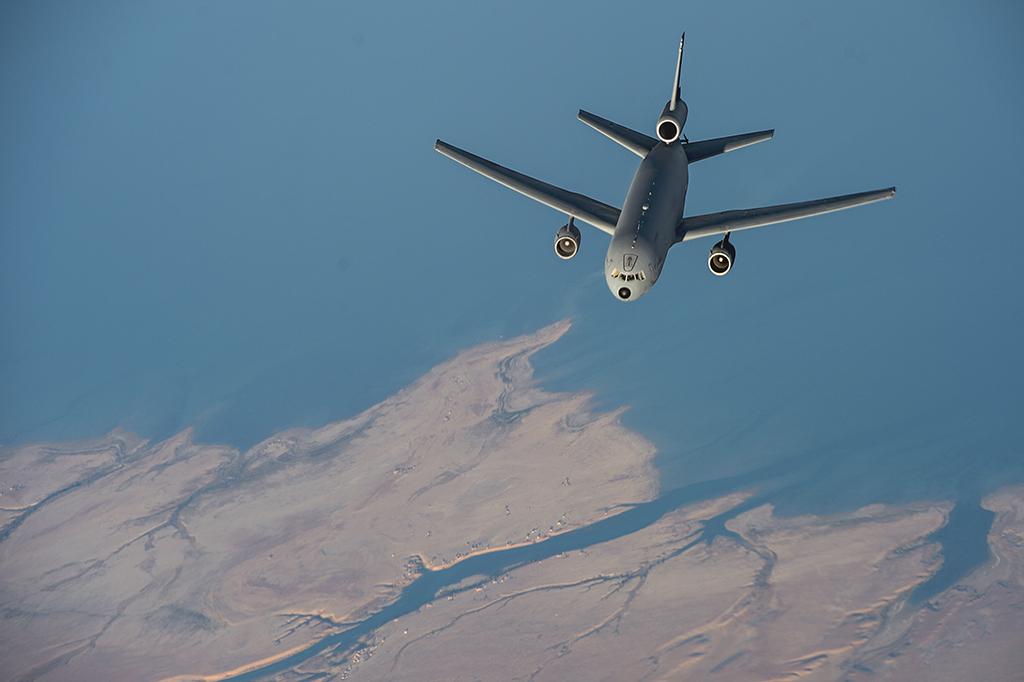 U.S. aerial refueling tankers, such as the KC-135 Stratotanker and KC-10 Extender (pictured), are employed across the theater in support of Air Force, Navy and coalition assets. Manning stresses that the Air Force’s support of the Mosul operation is crucial, saying that the presence of air power gives the Iraqi troops on the ground the confidence to win the fight.

In an offensive operation to retake Mosul from Islamic State terrorists, tens of thousands of Iraqi and Kurdish troops are now closing in on the eastern edge of the city at the heart of the militants’ self-proclaimed caliphate. Although the U.S. has no soldiers on the ground, the U.S. military and coalition allies are backing up ground troops advancing on the city with relentless air support.

The U.S. Air Force is calling on aircraft across the service to battle the terror group in the northern Iraqi city, from F-22 fighter jets and B-52 bombers to UAVs, KC-10 refueling tankers and intelligence, surveillance and reconnaissance (ISR) assets such as the U-2 spy plane. Col. Daniel Manning, deputy director of the Combined Air Operations Center (CAOC) at Al Udeid AB in Qatar, spoke with Aviation Week about the Air Force’s strategy for supporting the battle for Mosul. “The Iraqi government forces all around Mosul essentially will squeeze it till Daesh has no safe haven left,” says Manning, using the Arabic acronym for the Islamic State group. “We’re providing air power to support that ground movement to help the Iraqi ground force find Daesh, and then when they do find them, help them to destroy them so that they can continue to push to liberate Mosul.”