Helicopters Of The National Guard: A Closer Look 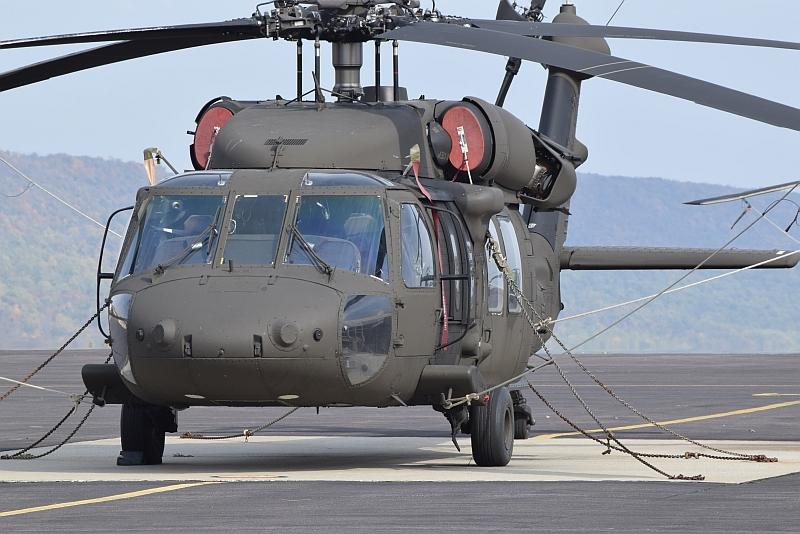 A UH-60 sits on the ramp at FIG, ready for its next training mission. The 2-104th General Support Aviation Battalion based here flies both the A and L model UH-60s, and also has a base at Johnstown, PA. 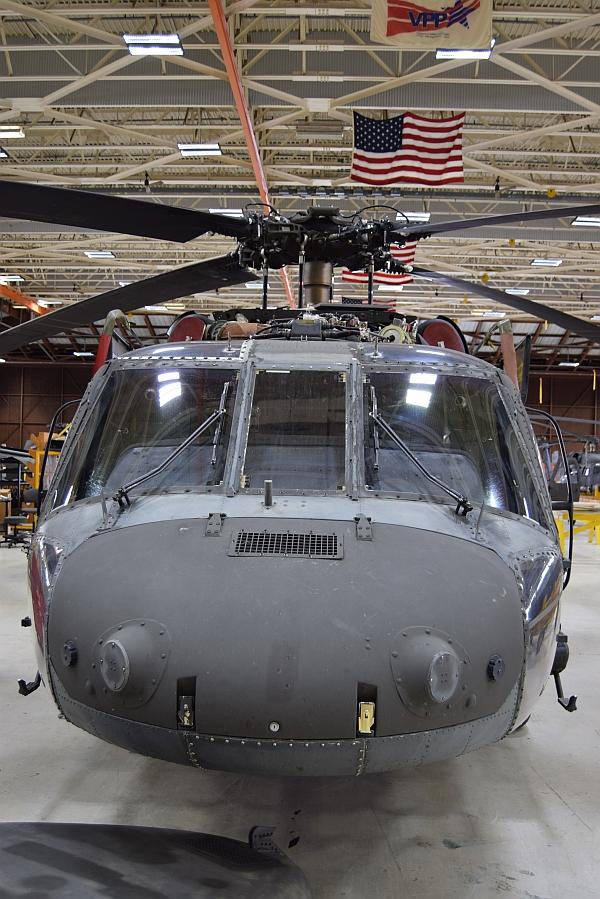 A UH-60A Blackhawk in the hangar, most likely awaiting routine maintenance. According to Aviation Week Intelligence Network's (AWIN) Military Aircraft Database, the Army has 2380 Blackhawks on strength, including 1100 As and 700 Ls. 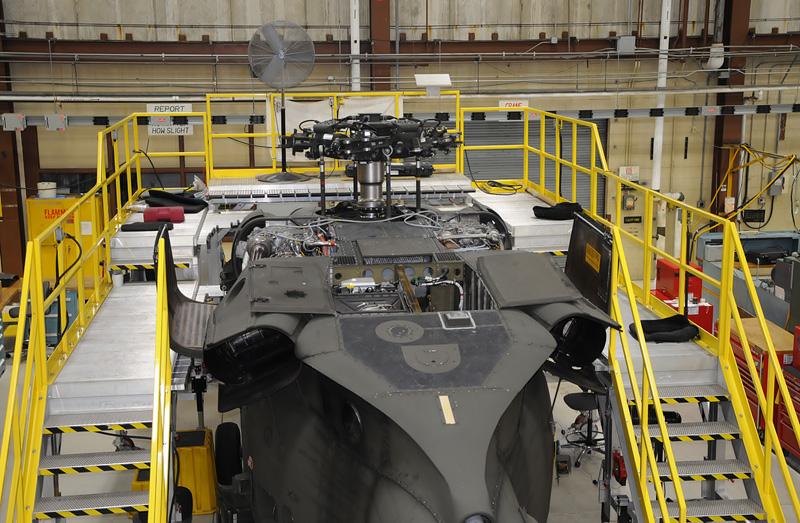 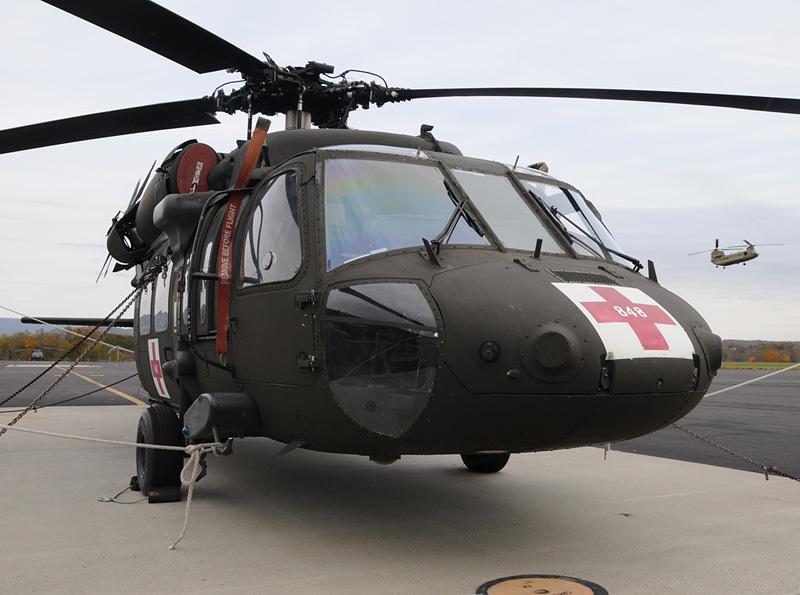 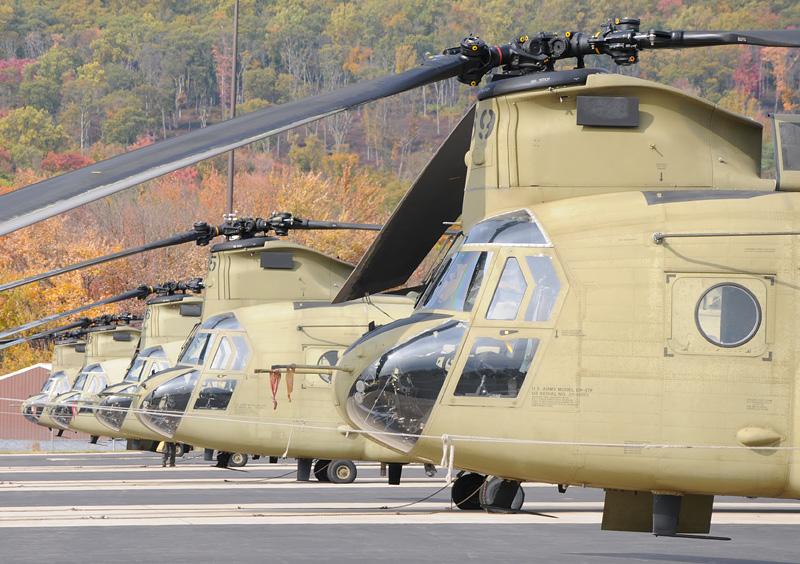 AWIN's Military Aircraft Database shows 329 F model Chinooks in service with the Army, many of which are re-manufactured D models, and many of those were re-manufactured As. FIG's CH-47s are also flown by the 2-104th. 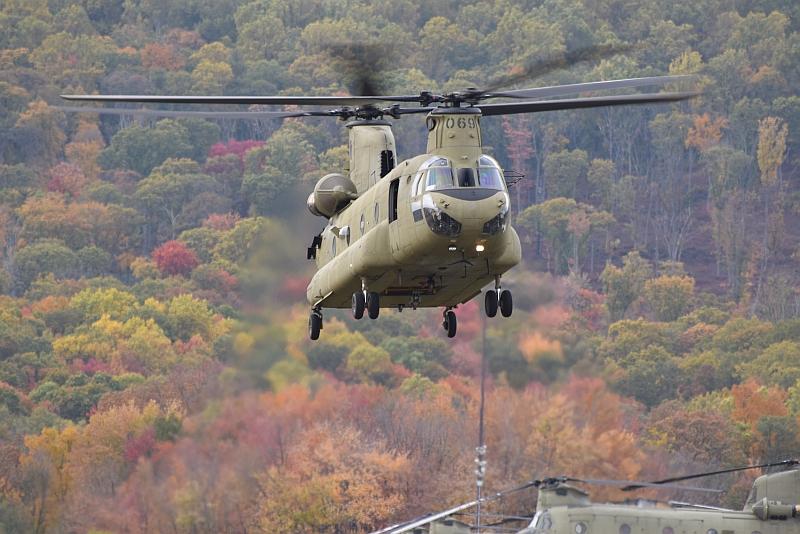 The CH-47F re-manufacturing program allowed the Army to procure more aircraft, at less cost than buying all-new. Each 're-man' is reported to cost less than a third of an all-new F model. 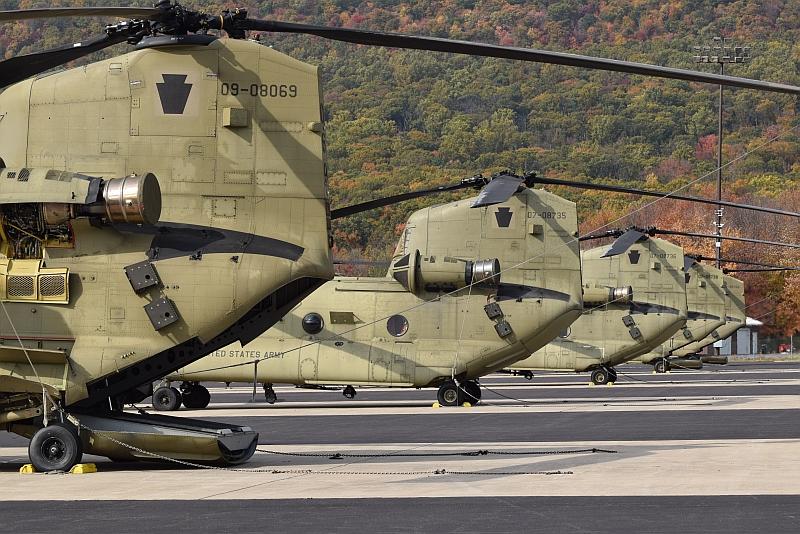 These pictured F models are mostly new-builds with the exception of the nearest one which was formerly a D model, and a B model before that. It first saw service way back in 1968...or at least parts of it did! 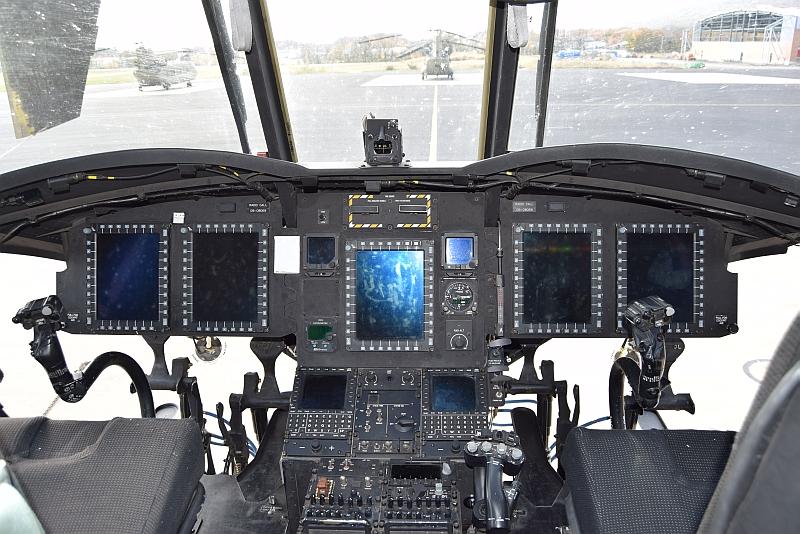 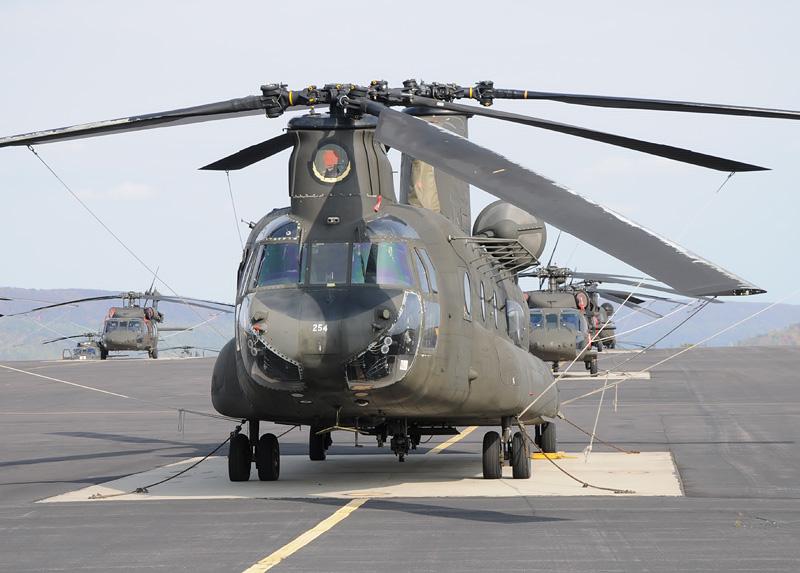 The co-located EAATS (Eastern ARNG Aviation Training Site) flies a number of the based helicopters, including this CH-47D. 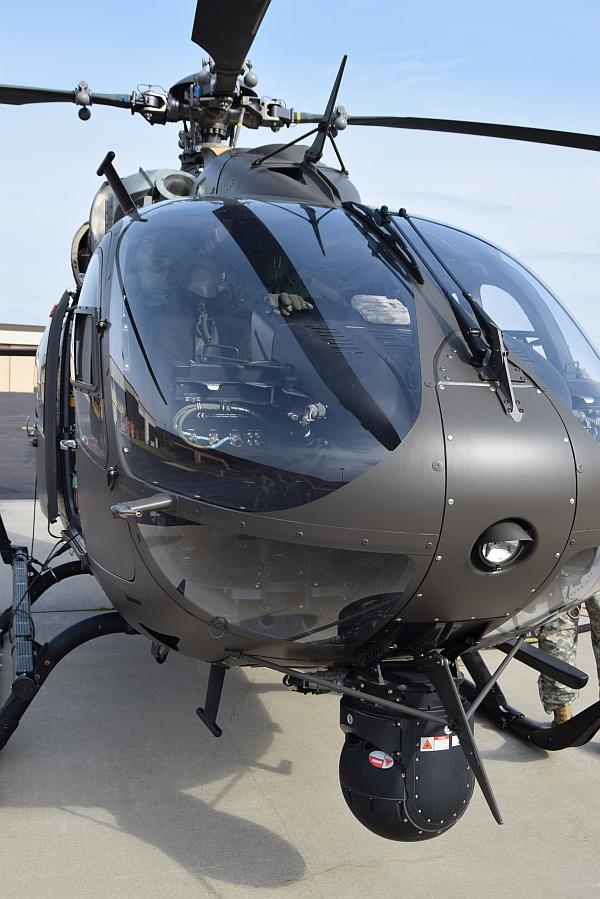 The newest type at FIG is the Eurocopter UH-72A Lakota, which are still being delivered to the Army under a multi-year procurement contract. AWIN's Military Aircraft Database shows 338 in service, with another 162 to be delivered. All are built by Eurocopter USA at Columbus, MS. 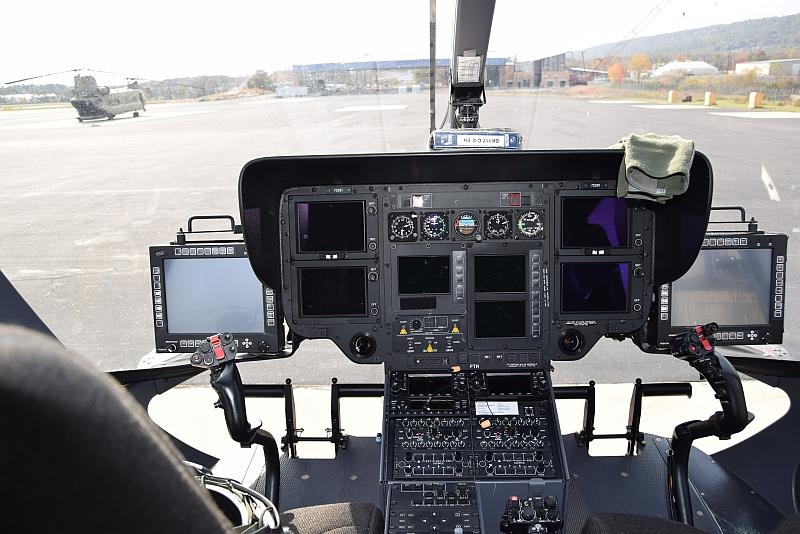 As we'd expect from a modern design (albeit based on the much older BK-117), the UH-72's cockpit is also fully digital. 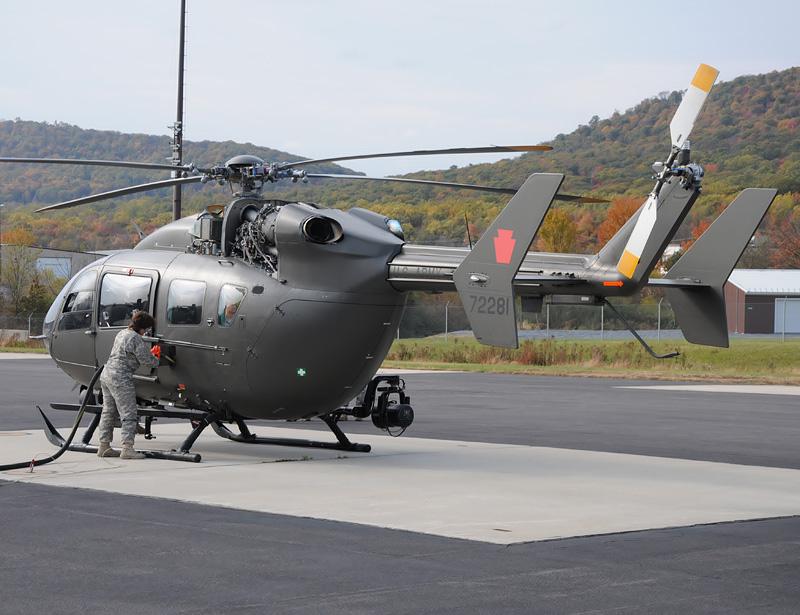 Only a small number of Lakotas are based at FIG and they are used in a variety of roles. The prominent tail sticker is the Pennsylvania Keystone symbol. 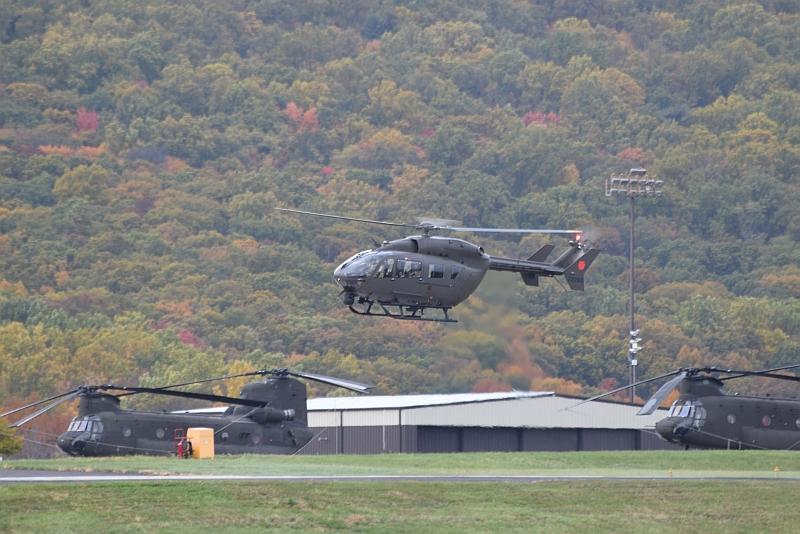 Another Lakota comes into land, with two CH-47Ds and the Pennsylvania trees in fall-color forming a backdrop. 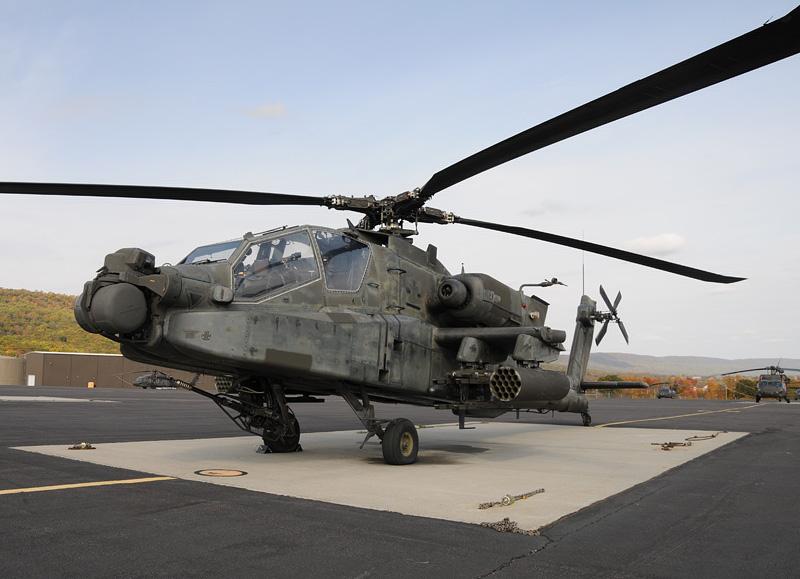 AH-64 Apache on the ramp

The harsh weather in hot sandy climates takes its toll on the paintwork, as evidenced in this close up of an AH-64D. 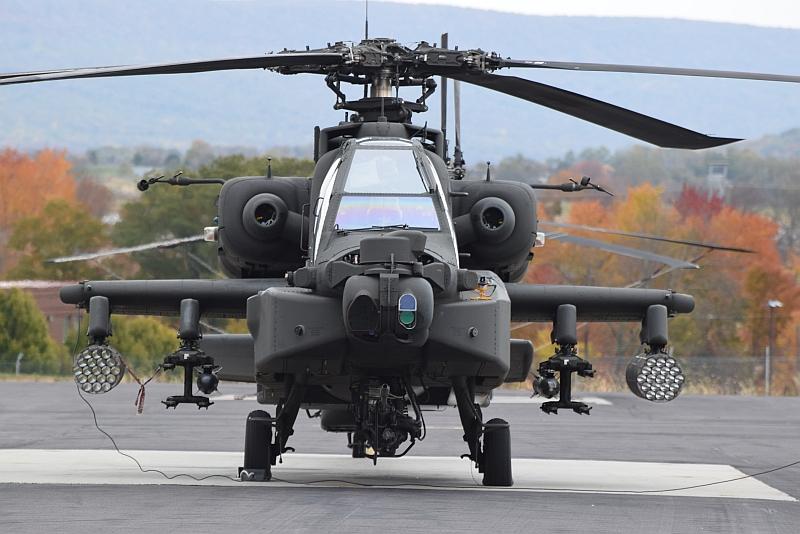 The Apache is the Army's primary attack helicopter, and this one strikes a mean pose. The Army has approximately 600 D models (as pictured here) and 125 newer E models. 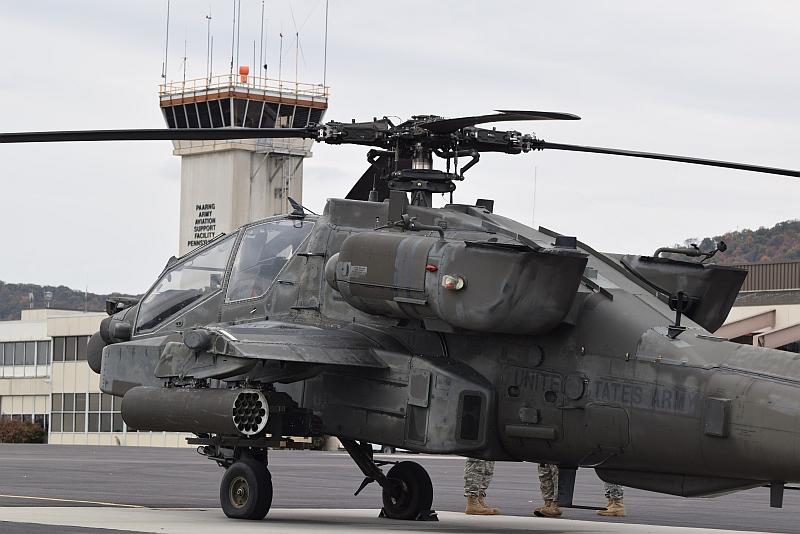 A D model as seen from behind, with the base's control tower in the background. 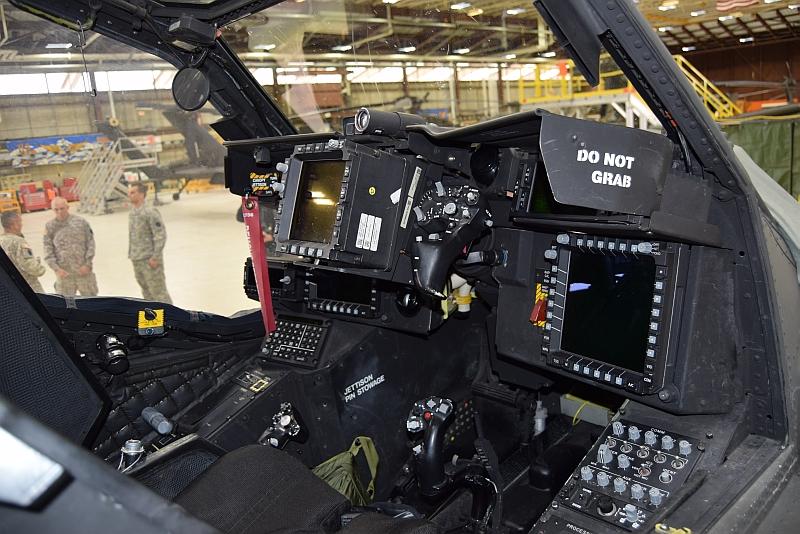 The Apache's crew arrangement is tandem, with the pilot sitting above and behind the co-pilot/gunner.

Aviation Week's Nigel Howarth was given inside access to the National Guard's Pennsylvania base, which operates a wide-ranging fleet of helicopters. See the photo highlights.