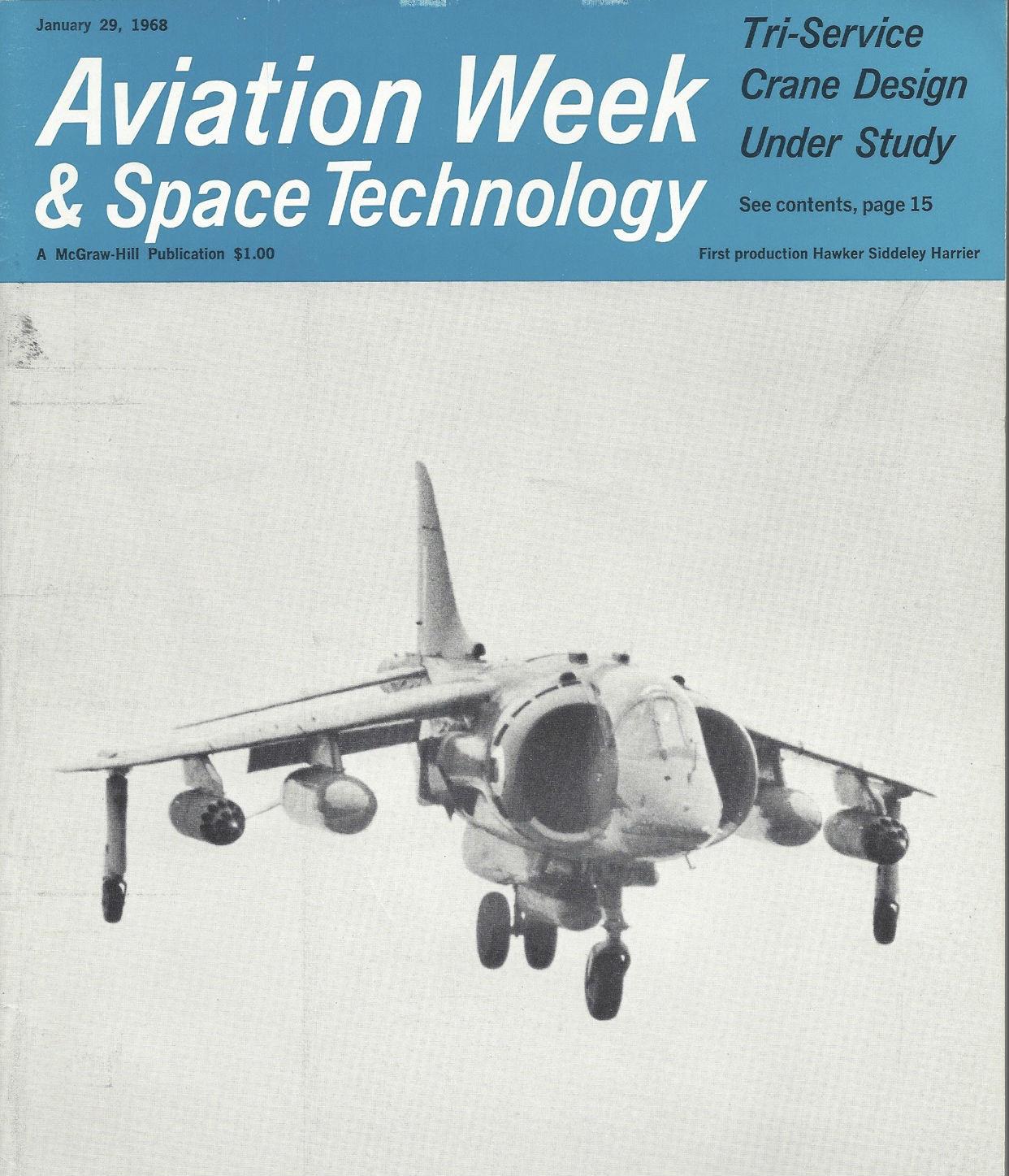 Hawker Siddeley Aviation, now flying its first production Harrier VTOL strike fighter, along with six pre-production models, plans to increase Harrier performance with improvements in its Bristol Siddeley Pegasus 6 engine. Thrust will be increased from the current 19,000 lb., although much of the program hinges on government approval of a $10-million research and development request. Second phase will be a 50% increase in water injection for higher turbine temperatures.

Front fan mass flow will be increased from 418 to 444 lb./sec. to increase thrust 5%. Testing of the Harrier has included the firing of Sneb 68-mm. rockets from wing-mounted Engins Matra launchers. Tropical flight trials in Sicily have been completed.

Hawker Siddeley also is developing a tandem two-seat version of the Harrier for flight this year. The company said it is preparing an export drive for the Harrier, with deliveries possible in 1970, after a British Royal Air Force order for 60 is filled. Price is $2.8 million each. Initial export targets are Italy and Germany, and Israel reportedly asked British government permission to buy 60 Harriers. 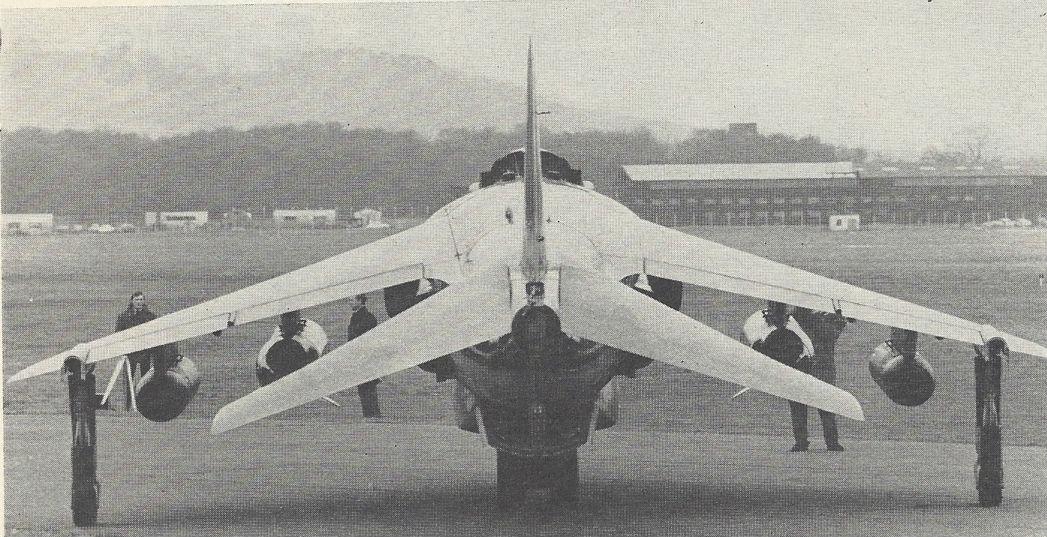 Fairing on each side of production Harrier lower fuselage in rear view is mockup of machine gun pod. 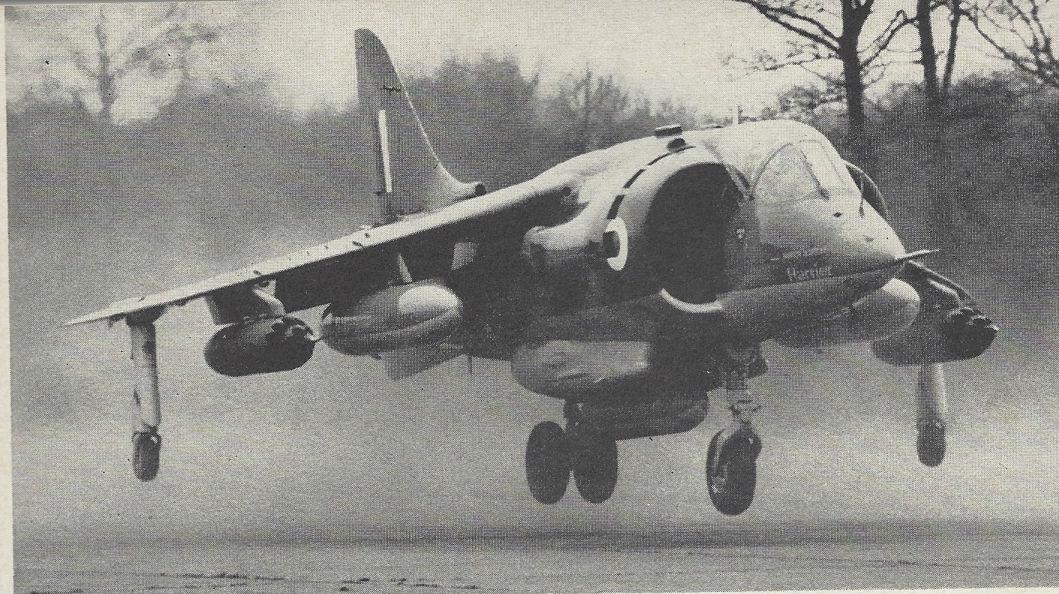 First production Harrier takes off for demonstration at Dunsfold, England. 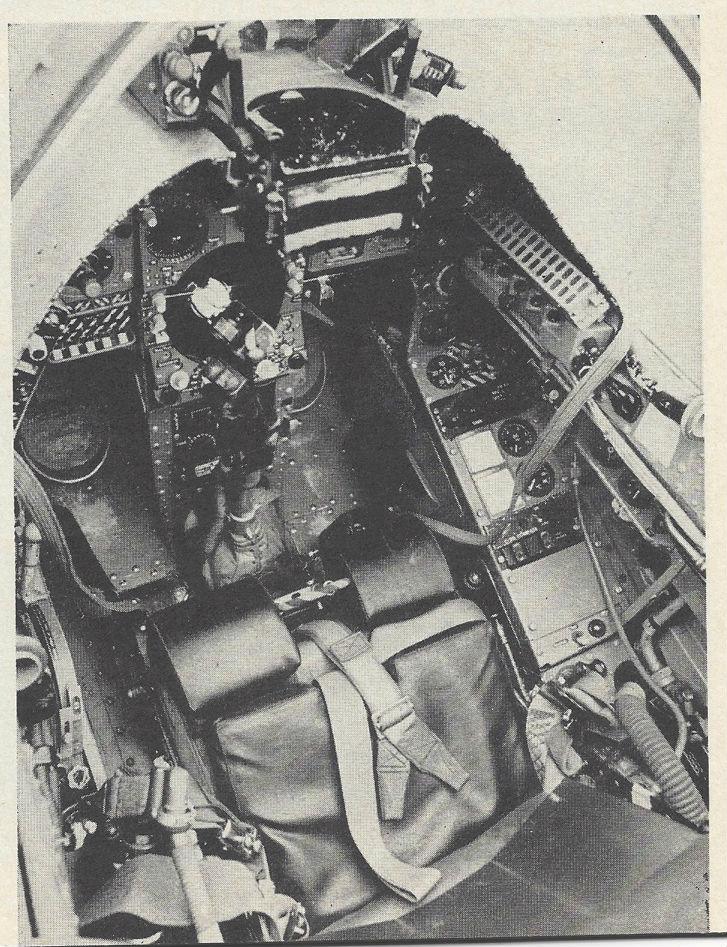 Cockpit of one Harrier is fitted with Specto head-up display at top. Control for vectoring thrust is on throttle quadrant to the left of the Martin-Baker T-9 rocket-powered ejection seat. Moving map display is at center of instrument array. 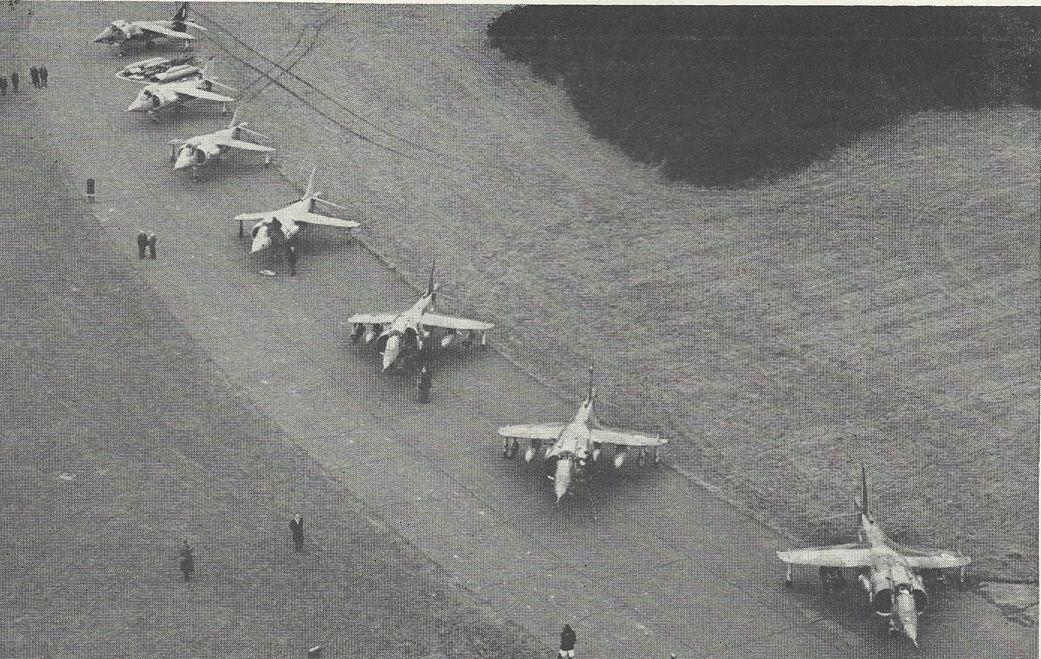 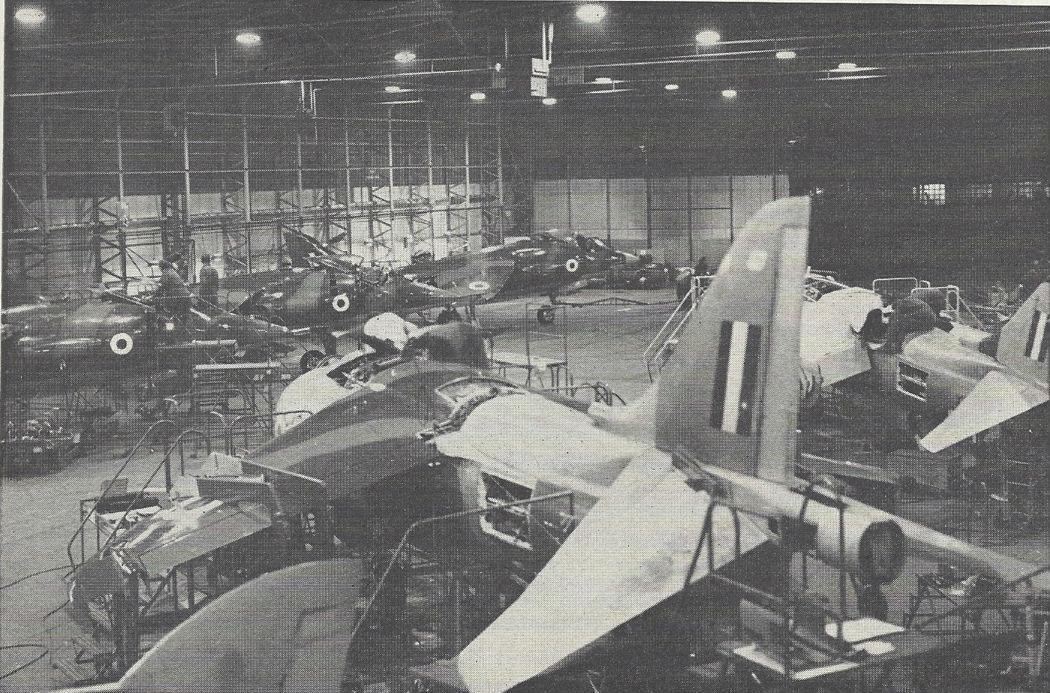 Five Hawker Siddeley Harriers are shown in various stages of production in Dunsfold hangar. Company has started an intensive drive to export the aircraft, with initial emphasis on Italy and Germany, where, it said, considerable interest has been shown.

Soon after first flight of the Hawker Siddeley VTOL Harrier in Dunsfold, England on December 28, 1967, Aviation Week published these images of the production aircraft. The company was preparing an export drive for the Harrier, priced at $2.8 million each.

All images and original text extracted from the January 29, 1968 issue of Aviation Week & Space Technology.