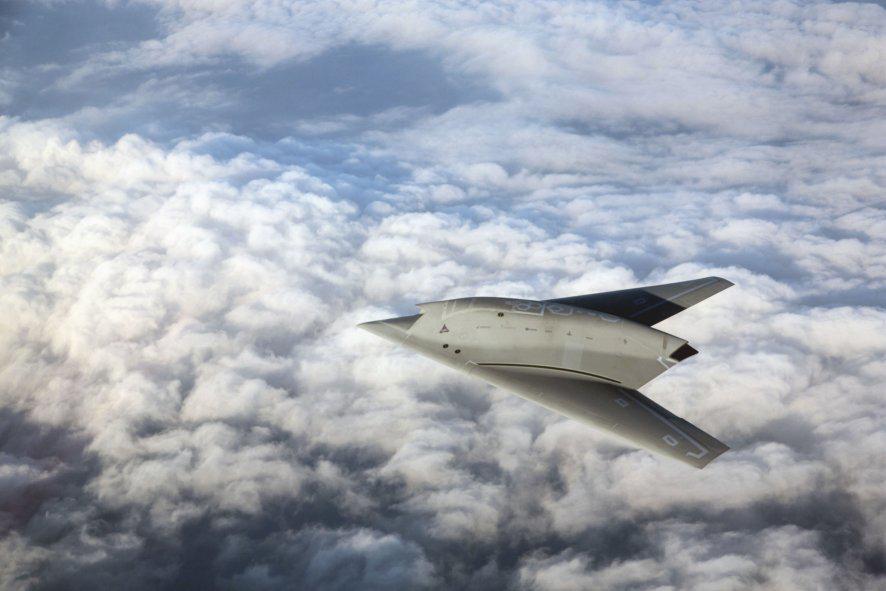 Over the past three years, Europe's Neuron demonstrator has showcased the ability to develop, build and flight test a stealthy UCAV within a relatively limited €440 million ($477 million) budget across six European governments and multiple industrial partners. 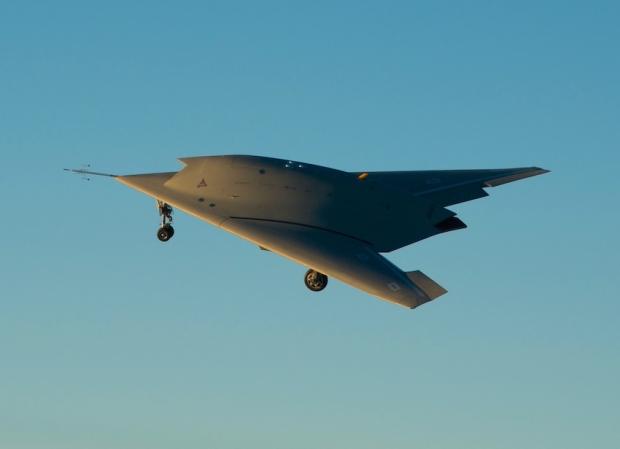 With Dassault Aviation as prime contractor, and Thales a key supplier, Neuron has pooled the skills and know-how of European industry. Initiated in 2005, Neuron incorporates contributions from Alenia Aermacchi of Italy, Saab of Sweden, Airbus of Spain, Hellenic Aerospace Industry (HAI) of Greece and Ruag of Switzerland. With the end of the initial project phase in November 2015, France says it will extend Neuron trials to a second phase that will begin next summer, with the potential to continue flight tests in 2017 and 2018. 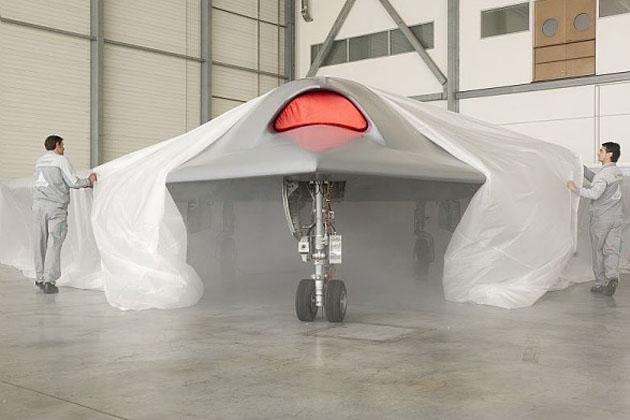 Unveiled in January 2013, the Neuron demonstrator was intended to perform air-ground missions in the framework of a networkcentric command-and-control system and develop a stealth platform with low radar and infrared signature. Other goals included the release of ordnance from an internal bay within stringent time constraints, demonstrating autonomous target acquisition and recognition capabilities and testing integration of an unmanned platform in normal airspace. 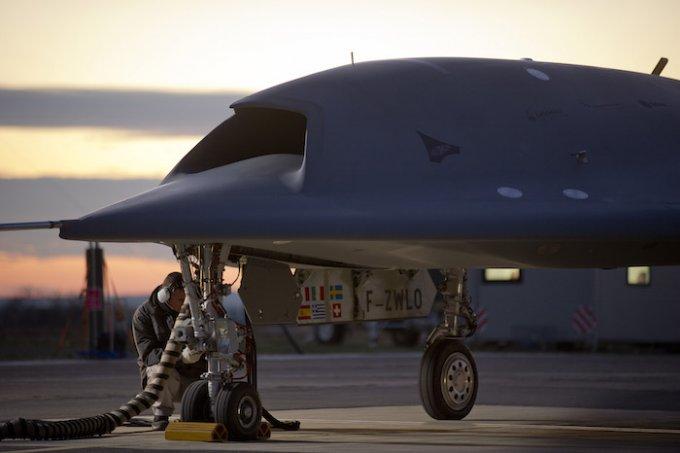 Neuron is 10 meters long (33 ft.) with a wingspan of 12.5 meters—roughly the class of the Mirage 2000—and a dry mass of 5,000 kg (11,000 lb.) The UCAV design is based on a tailless flying wing with a dorsal air intake. The vehicle incorporates Dassault's radar-absorbent materials and structures into the airframe edges and inlet lips and demonstrates stealth-compatible air data systems. Alenia Aermacchi's internal weapons bay development is the first in Europe since the Breguet Atlantique maritime patrol aircraft of the 1950s. 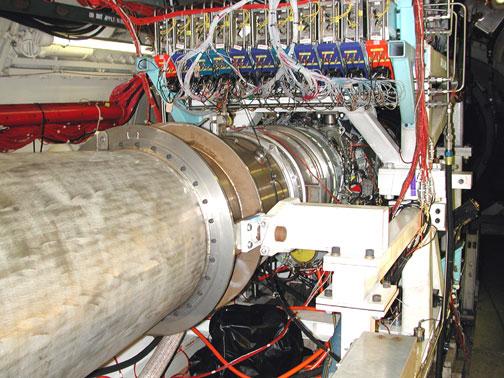 Neuron has a single Rolls-Royce Turbomeca Adour 951 engine, the likes of which powers the British Hawk. Generating a little more than 8,992 lb. of thrust, it is enough to push the UCAV to Mach 0.8, with a maximum range of 3 hr. 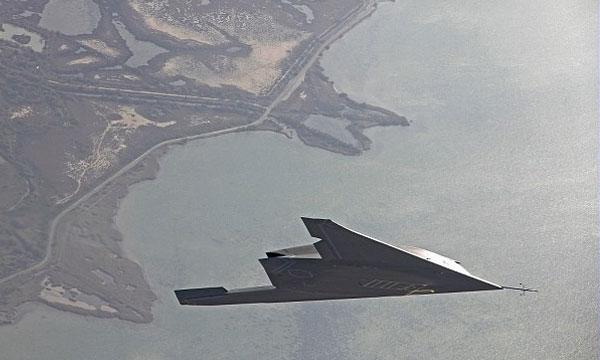 Neuron conducted a total of 123 flights in three countries over nearly three years, including 100 flights in France, 80 of them from the Istres test facility near Marseille. Its designers grappled with numerous challenges not previously faced in Europe, including the S-shaped air duct required to shield the radar-reflective rotating disk of the first stage of the engine, while at the same time ensuring that the well-hidden powerplant receives a steady, non-turbulent airflow. 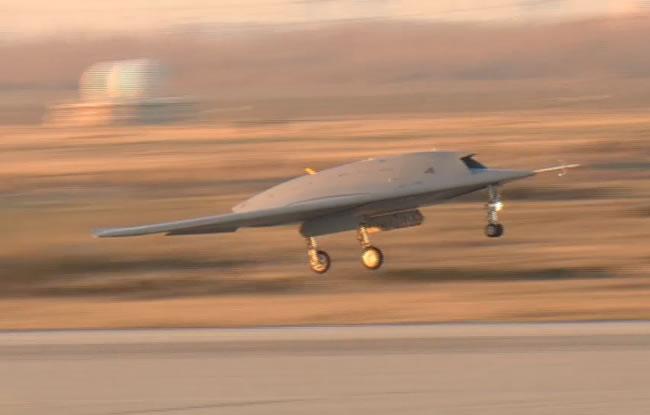 Unlike “conventional” unmanned aircraft, Neuron is not controlled from the ground but flies a fully preprogrammed mission and makes an extensive use of artificial intelligence to manage critical phases. In the first phase of the demonstration, the purpose of the tests was to open the flight envelope, including flights with the weapon-bay doors open, to test the electro-optical sensor, and to evaluate data link performance. In the second phase, most flights were dedicated to infrared and electromagnetic signature/detection confrontations against operational systems.

As part of the Neuron demonstration, French electronics giant Thales developed the entire data-transmission system for the European combat drone. The Thales system is based on a redundant transmission architecture and comprises two independent data links, one full duplex high-rate data link operating in Ku-band frequencies and the other a secure low-rate data link operating in UHF. 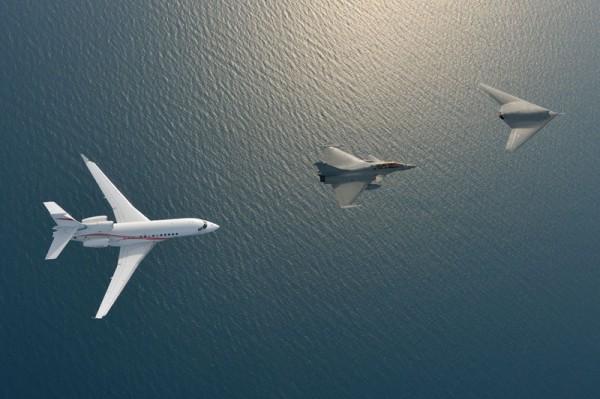 In early 2014, Aviation Week readers were given an exclusive first look at Neuron's formation flight with a Rafale fighter and Falcon 7X business jet, recorded in video and photographs by two chase aircraft. It was the first time a combat drone had flown in formation with other aircraft. The 1-hr., 50-min. flight took place on March 20, 2014, over the Mediterranean ocean and involved four manned aircraft and the UCAV flying alongside each other in a confined space. (Watch the video) 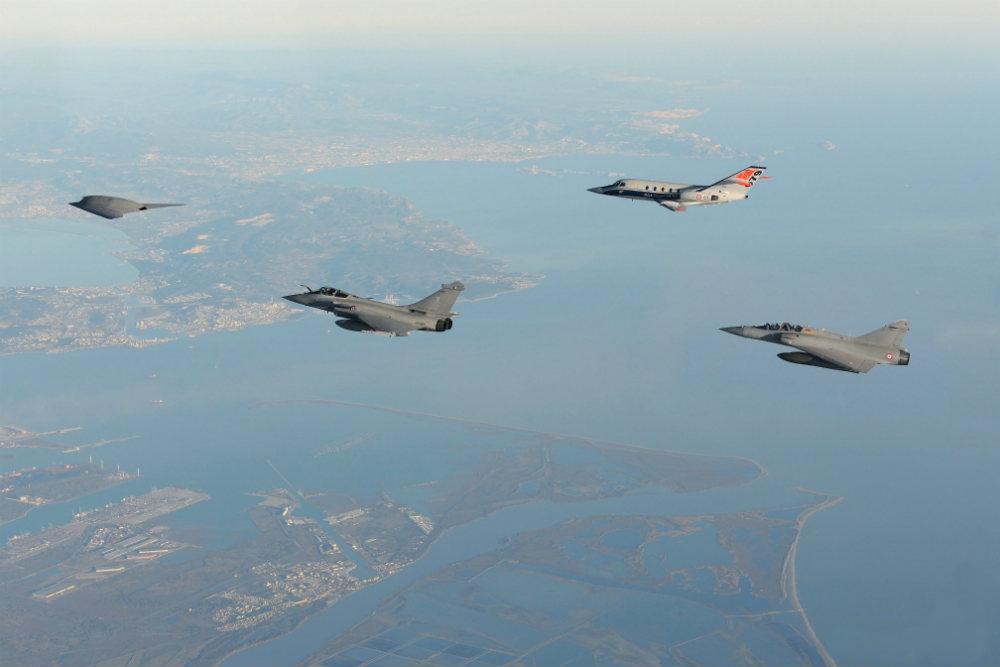 During a 90-min. test flight in France, Neuron faced four aircraft simultaneously: A Mirage 2000-5 and a Mystere XX, each equipped with an RDY radar; a Rafale carrying a passive-antenna RBE2 radar; and a Mirage 2000B flight-test aircraft carrying an active-antenna RBE2 in its nose. Additional tests set the Neuron against a French AWACS and French MICA air-to-air missiles with homing capability. 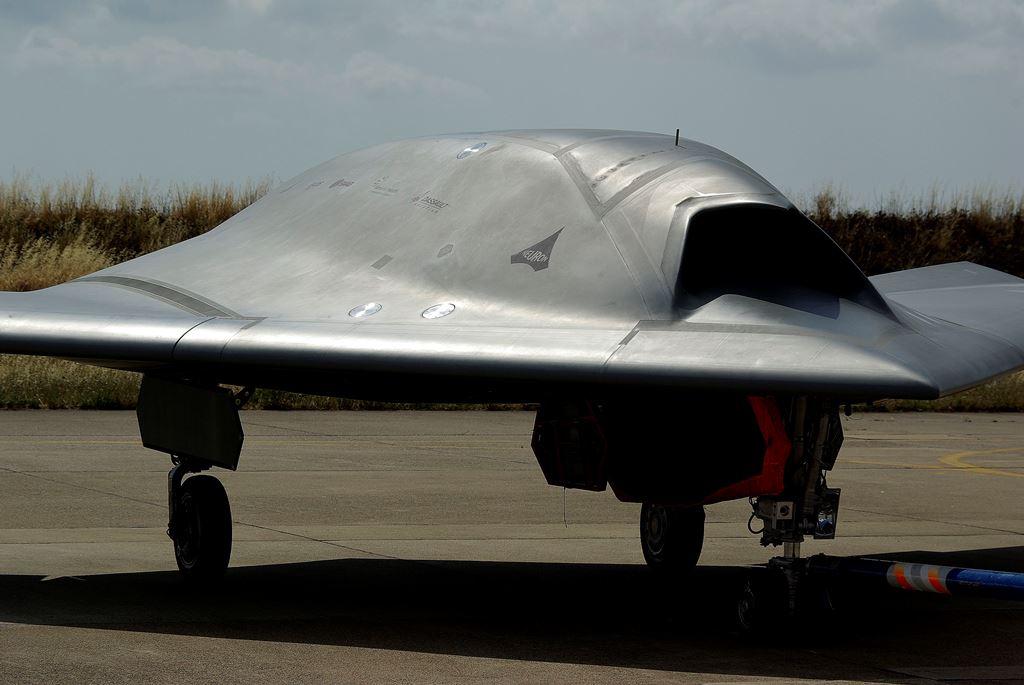 In Italy, Neuron conducted 12 flights at the Decimomannu air base on the island of Sardinia. As the Italian prime contractor for Neuron, Alenia Aermacchi was responsible for design and production of Neuron’s electric power generation and distribution system. The company also designed the air data system, which is based on plates buried in the aircraft skin itself, replacing various pitot tubes and air-data probes and helping maintain the stealth characteristics of the UCAV. 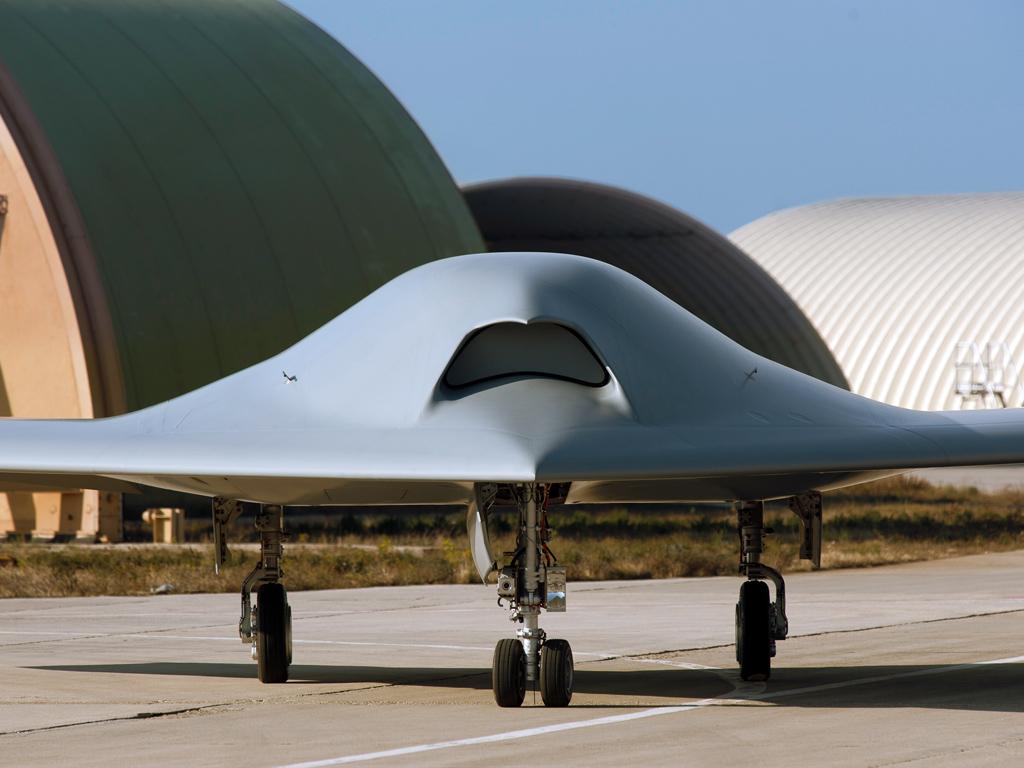 Italy produced the electro-optical/midwave infrared targeting system developed by Selex Galileo. Based on mercury cadmium telluride (MCT) detector technology, it is installed behind a large flush window and provides a field of view of more than 90 deg. with a stabilization system for high resolution at long range.

Italy also contributed the Smart Integrated Weapon Bay (SIWB) developed at Alenia Aermacchi. It is capable of fully autonomous subsystem management and can acquire a target, classify it and “paint” it, followed by asking the ground-based mission commander for approval and finally releasing a weapon in stealth mode. 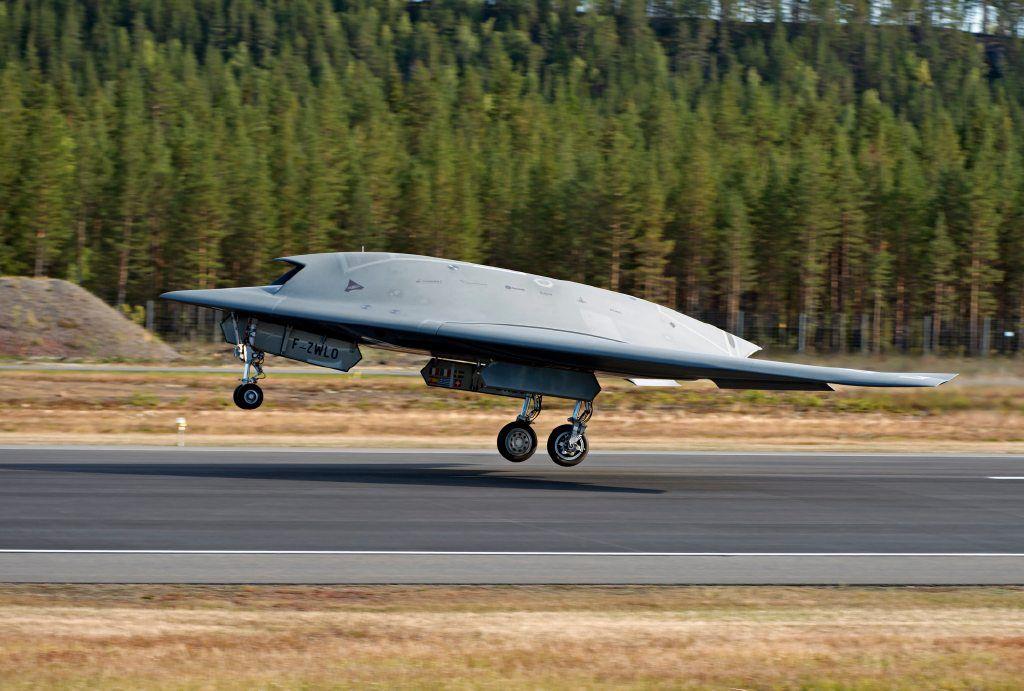 In Sweden, Saab has been responsible for avionics, fuel systems, critical parts of the ground station, as well as the design and production of the main fuselage. Saab has also been involved in flight testing, aerodynamics and stealth technology. In all, the Swedish Defense Materiel Administration conducted 11 flights during trials held in September 2015 at the Vidsel test range in northern Sweden. 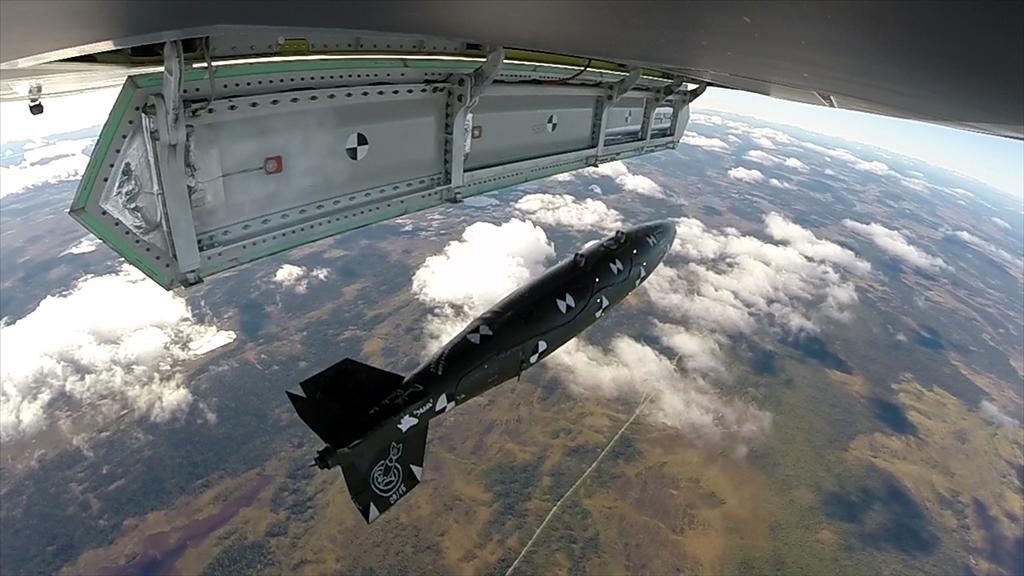 Neuron performed a dress rehearsal ahead of a Sept. 2, 2015, weapon drop test. For the weapon release, the UCAV dropped an inert 250-kg-class Mk. 82 bomb at Vidsel. 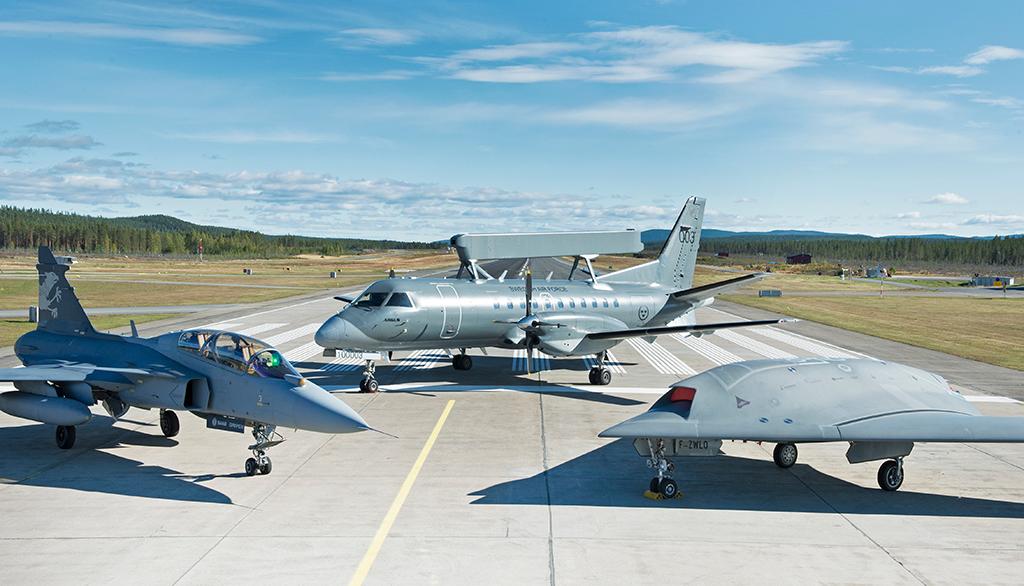 In addition to a weapon-drop test, Swedish flight tests set the Neuron against the Gripen C/D, Gripen E and ASC 890 to verify detection performance—that is, at what distance the air force assets could see the UCAV. Sweden also tested a ground-based system, UndE23, and Saab also did its own tests on a new radar for the Gripen C/D. 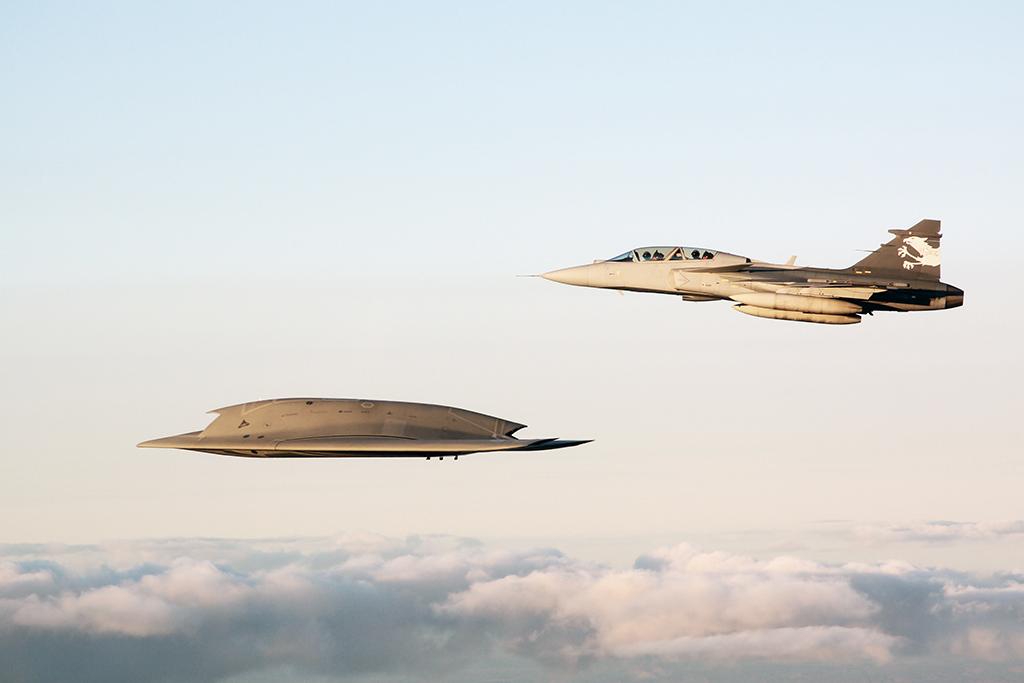 Swedish officials said good weather played a role in the success of the Vidsel test flights, as Neuron cannot take off or land on wet runways. A final report on the outcome of the Swedish national tests—which pitted Neuron against air and ground sensors—is expected in March.

Europe's Neuron unmanned combat air vehicle (UCAV) is as much a political marvel as a technological one. Led by French defense procurement agency DGA and prime contractor Dassault Aviation, the technology testbed has demonstrated the airworthiness of Europe’s first stealthy combat air vehicle in trials conducted during the past three years. Read more about the Neuron flight tests.