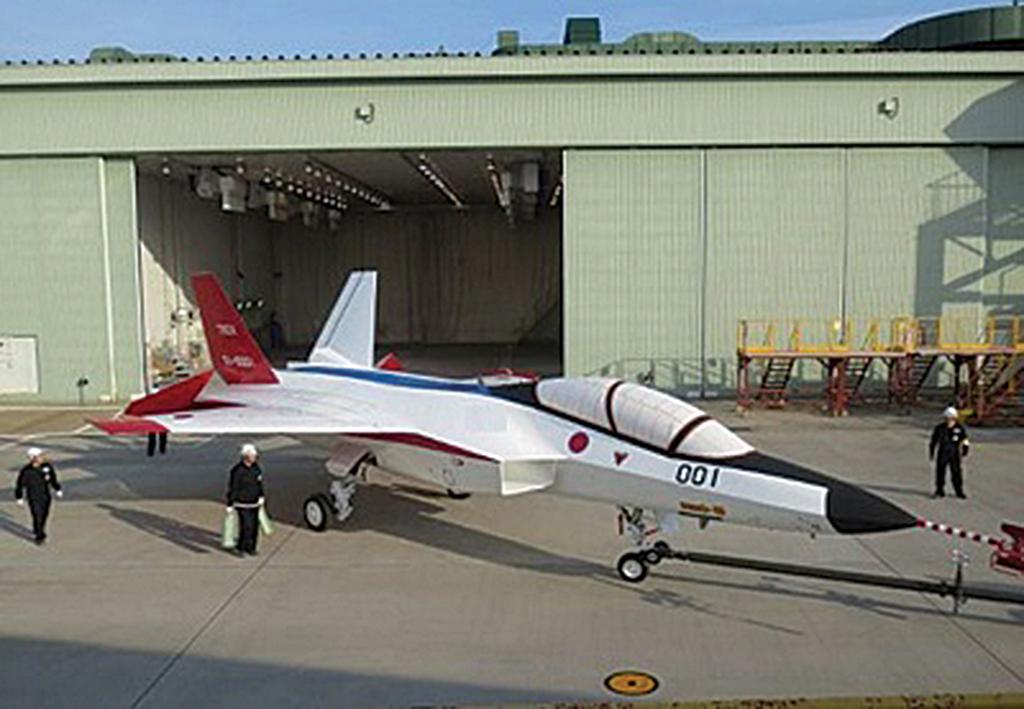 Low-observable technology is proliferating, and Japan will join the club early in 2015 when the defense agency’s Technical Research & Development Institute flies the Mitsubishi-built ATD-X stealth fighter demonstrator. About the size of a Saab Gripen, the ATD-X features fly-by-light control and new IHI XF5-1 engines. The project is developing technology for a fighter planned to enter service around 2030 as the F-3. South Korea may yet launch development of a KF-X indigenous stealth fighter, and Turkey is studying an indigenous, stealthy TF-X to replace its F-16s and complement its F-35 Joint Strike Fighters.
Credit: Japan Defense Agency 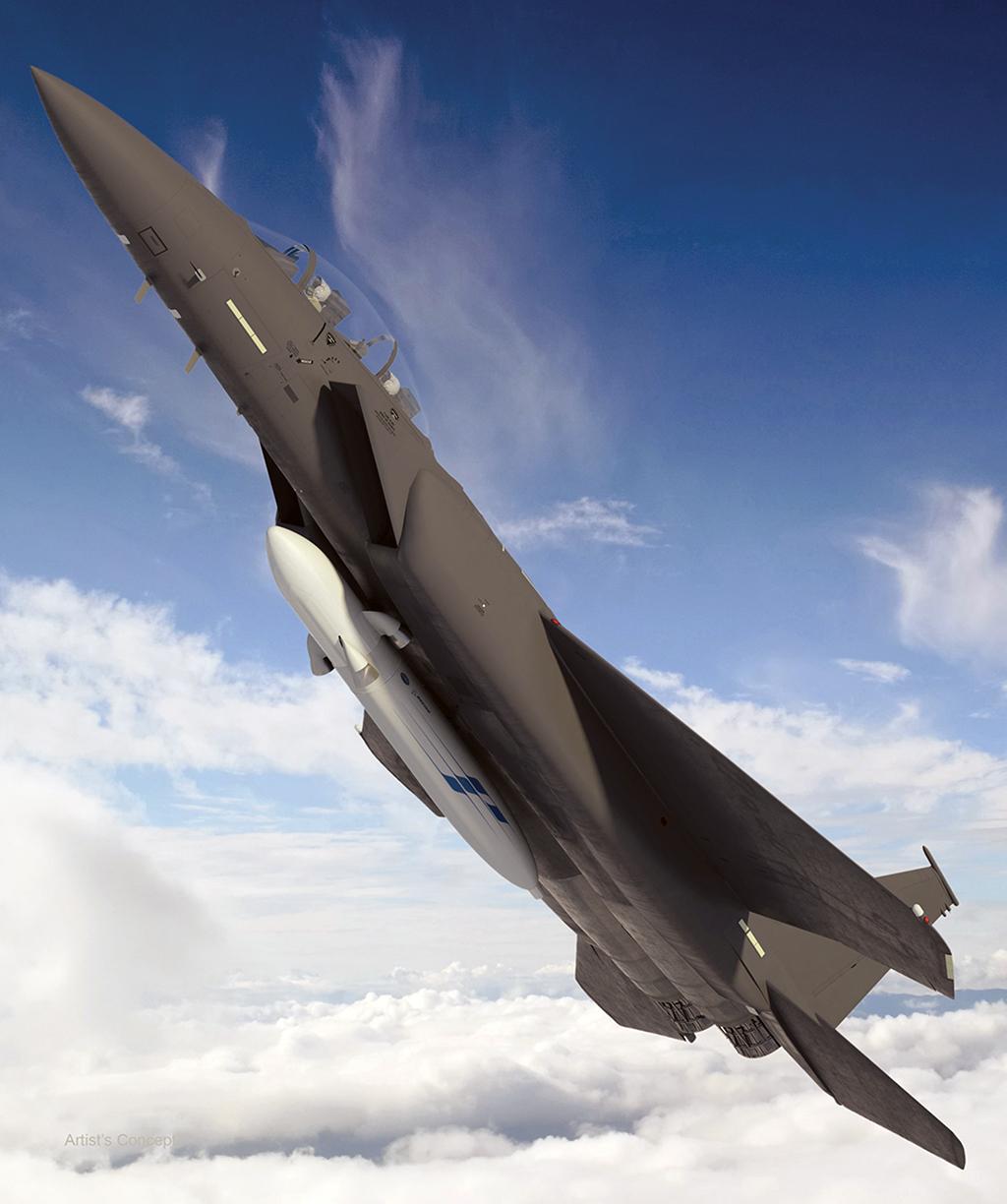 Air-launched satellite boosters are not new, but in 2015 Boeing will flight-test a different approach. Under the Defense Advanced Research Project Agency’s Airborne Launch Assist Space Access (Alasa) program, a Boeing F-15E fighter will launch a booster that has its four main engines mounted on top of the 24-ft.-long vehicle, reducing weight and cost compared with a conventional staged booster. Alasa’s goal is to reduce the cost of launching 100-lb.-class microsatellites at least three-fold, to less than $1 million, while providing the flexibility to launch rapidly and repeatedly from runways around the world.
Credit: Defense Advanced Research Projects Agency/Boeing 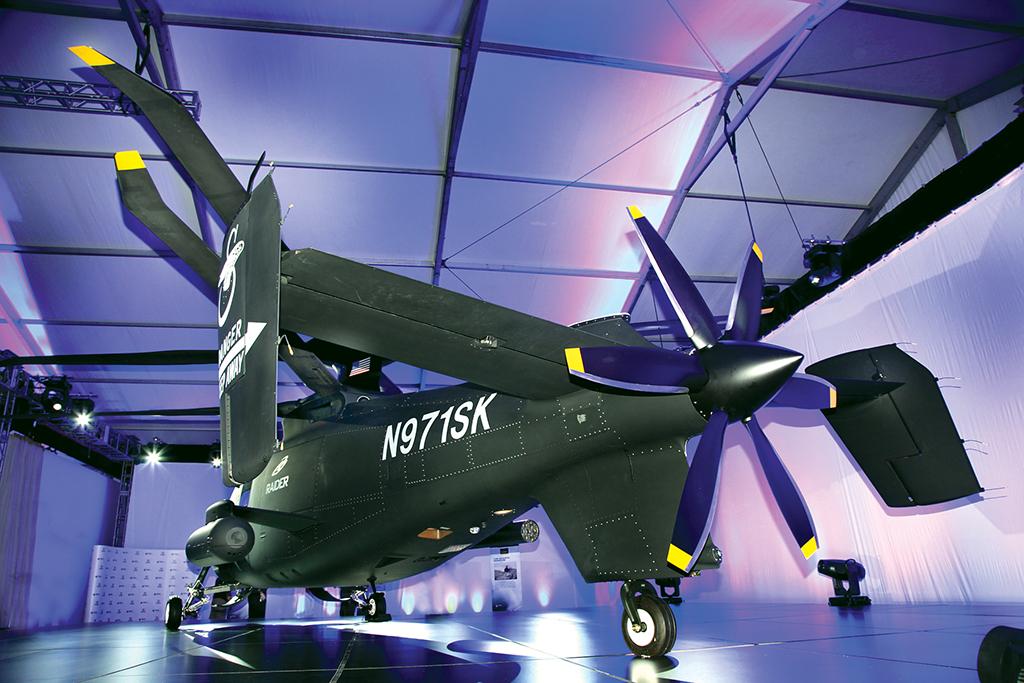 A rotorcraft with twice the speed but all the agility of a helicopter could revolutionize the vertical-lift market, or so Sikorsky hopes. Under an industry-funded, $200 million venture, the company in 2015 will fly two S-97 Raider prototypes in a bid to prove to customers the operational value of the 220-kt. cruise speed, high-G maneuverability, low-speed agility and hover efficiency of its X2 rigid coaxial-rotor compound helicopter configuration. The Raider also will pave the way for the Sikorsky/Boeing SB-1 Defiant medium utility demonstrator for the U.S. Army, which is scheduled to fly in 2017.
Credit: Sikorsky Aircraft 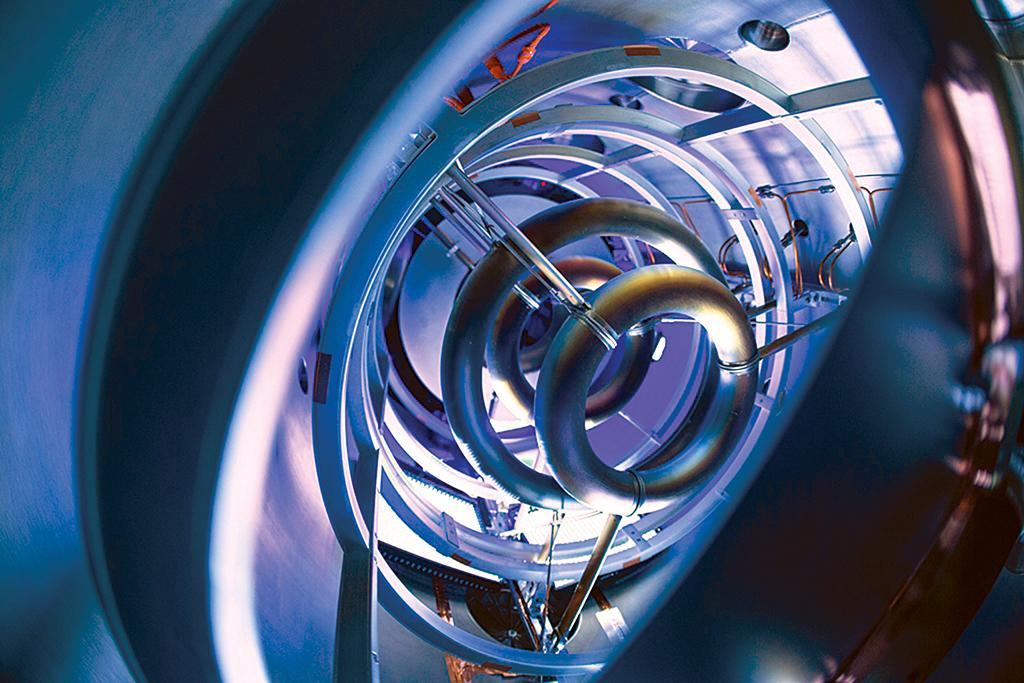 In 2014 Lockheed Martin Skunk Works revealed plans to build a compact fusion reactor 10 times smaller than conventional designs and scalable to power cities, ships, spacecraft and potentially even large aircraft. The concept uses a radically different approach to confining the super hot plasma of deuterium and tritium ions and forcing them to fuse to produce helium, thereby releasing megawatts of energy. The company has laid out plans to create a prototype in five years and will need to show progress in 2015 and beyond to convince the many sceptics its concept can work.
Credit: Lockheed Martin 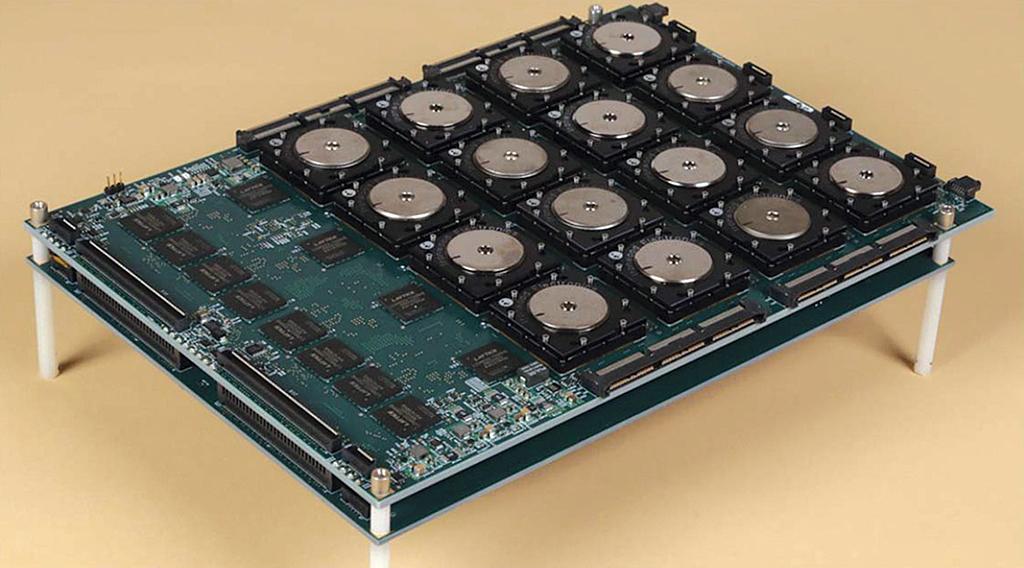 Brain on a Chip

Energy consumption is an escalating problem for computers, particularly increasingly powerful devices required for image processing and machine learning applications important to defense. In 2015 the Air Force Research Laboratory and others will get to test a high-performance, low-power processor inspired by the human brain. IBM’s TrueNorth “neuromorphic” chip contains 5.4 billion transistors forming a network of 1 million neurons and 256 million synapses communicating via electrical spikes. Yet it consumes less than 70 milliwatts of power and is a step toward a human-brain-scale processor packaged into a 5-in. cube and running on 1 kw of power.
Credit: Defense Advanced Research Projects Agency/IBM 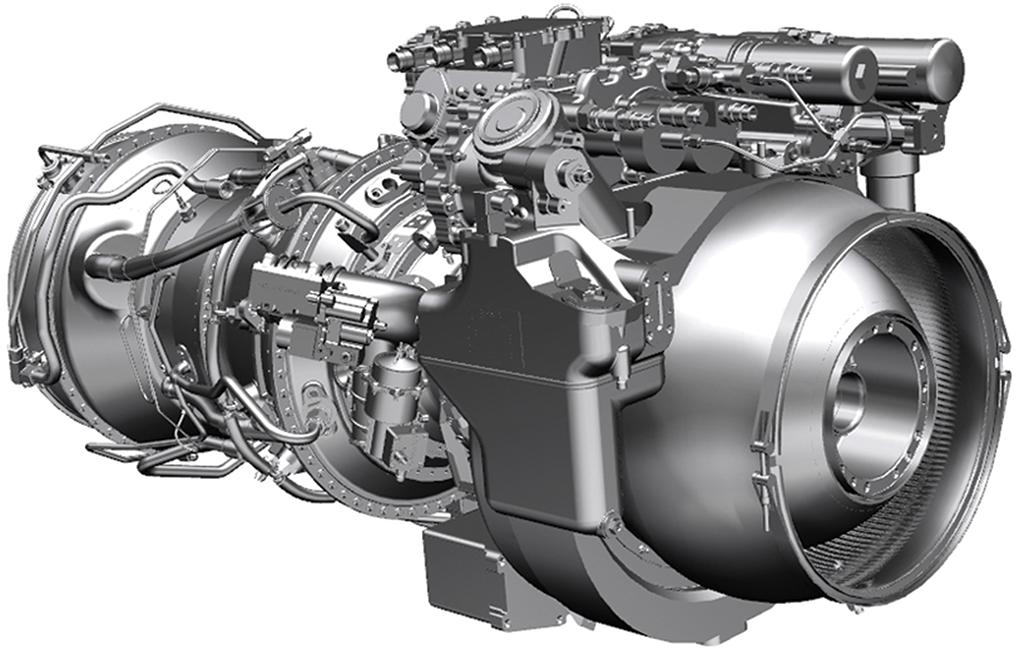 Budgets are tight, but the U.S. Army maintains that a new 3,000-shp turboshaft to reengine its Boeing AH-64 and Sikorsky UH-60 helicopters is a priority. General Electric and Honeywell/Pratt & Whitney are completing ground demonstrations of engines with 50% greater power and 25% higher fuel efficiency than GE’s ubiquitous T700. A competition for the Improved Turbine Engine Program is expected in 2015, with production to begin in 2023 to upgrade the UH-60M. The Pentagon, meanwhile, plans to push ahead with development of a fuel-efficient, variable-bypass, adaptive-fan engine for later F-35s and potential 2030-timeframe future fighters.
Credit: GE Aviation 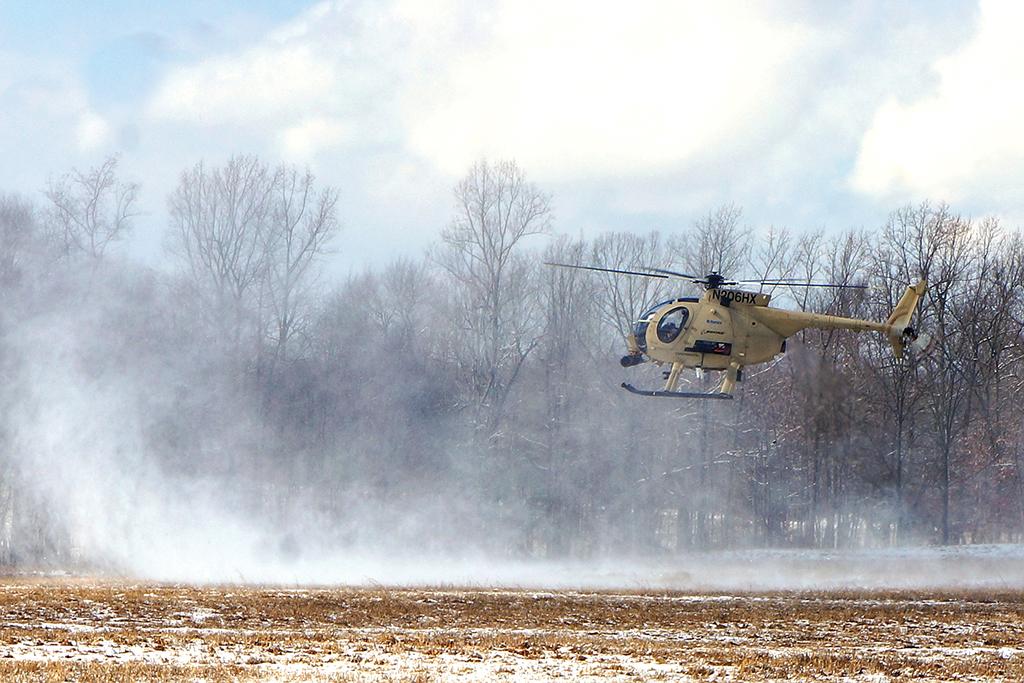 A robotic copilot that can be moved between aircraft and allow them to operate with fewer aircrew—and fly unmanned from takeoff to landing on some missions—is the goal of the Defense Advanced Research Projects Agency’s Alias program to develop a drop-in cockpit automation kit. The Office of Naval Research, meanwhile, is working with Aurora Flight Sciences to develop a system that will enable any cargo helicopter to select a landing site, avoid hazards and threats, and touch down autonomously. Both programs aim to advance unmanned technology and reduce the workload on operators by enabling autonomous decision-making.
Credit: Office of Naval Research 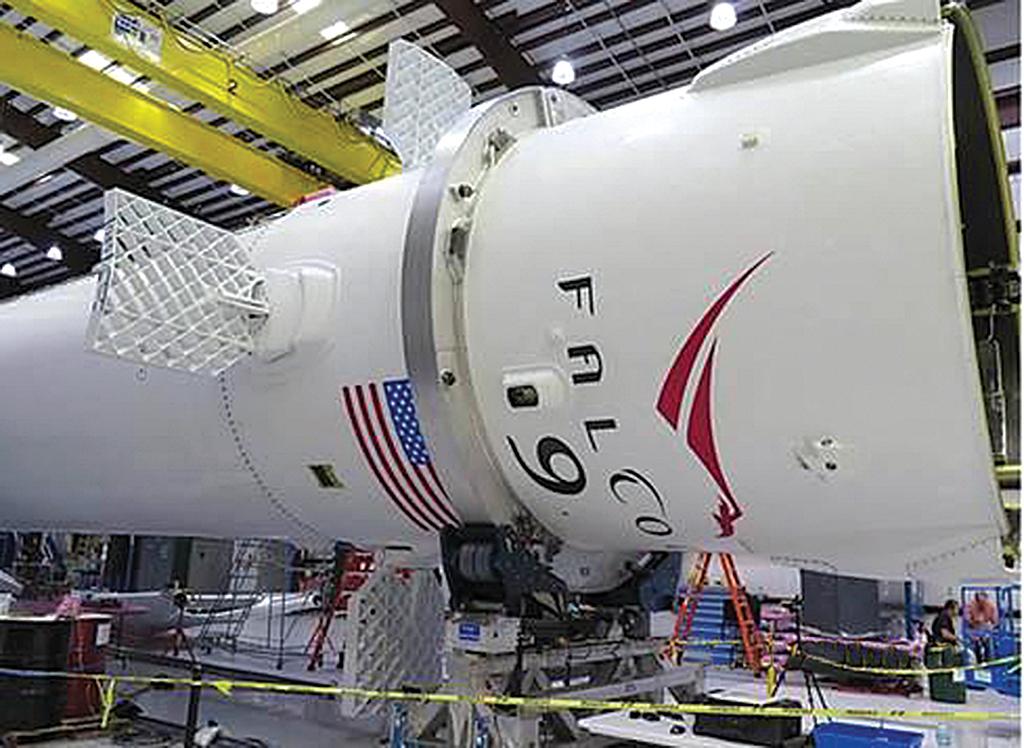 SpaceX hopes to achieve its goal of recovering and reusing the first stage of its Falcon 9 launch vehicle in 2015. Reusability is key to meeting launch-cost goals for the Falcon Heavy, planned to fly for the first time next year. This vehicle has three core stages designed to fly back autonomously and land vertically on an automated station-keeping ship acting as an unmanned platform for at-sea recoveries—and, eventually, launches. SpaceX is developing reusability incrementally on operational Falcon 9 launches and on a demonstrator vehicle that will make high-altitude test flights from New Mexico in 2015.
Credit: Space Exploration Technologies 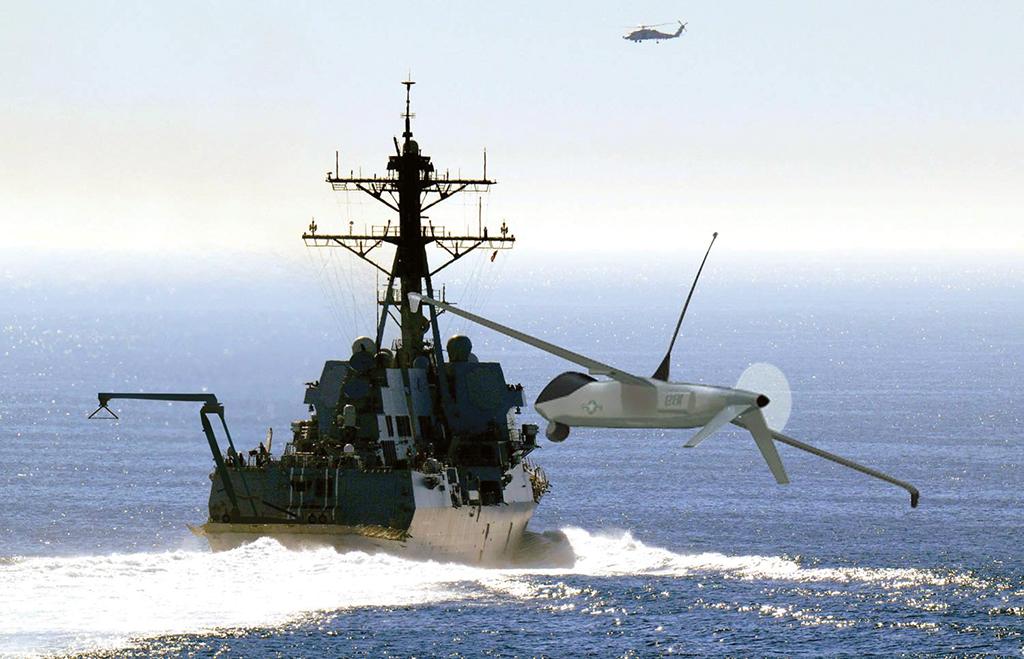 With their long endurance carrying heavy payloads, Predator-class unmanned aircraft have transformed warfare. But it is near-impossible to operate such large fixed-wing UAVs from the confines of warship flightdecks. Under the Defense Advanced Research Projects Agency’s TERN program, AeroVironment and Northrop Grumman are designing medium-altitude, long-endurance (MALE) UAVs that can operate from small ships. The designs are believed to feature vertical lift, but Darpa is also funding Aurora Flight Sciences to demonstrate its crane-like SideArm system (pictured), which can enable a warship to launch and recover a 1,000-lb.-class fixed-wing multisensor UAV able to stay on station at 500 nm for 10-12 hr.
Credit: Aurora Flight Sciences

Where is the next technological edge in defense to be found? Is it in autonomous aircraft, fast rotorcraft, responsive launchers, brain-inspired computers or somewhere else?