Flying On The Last TriStar 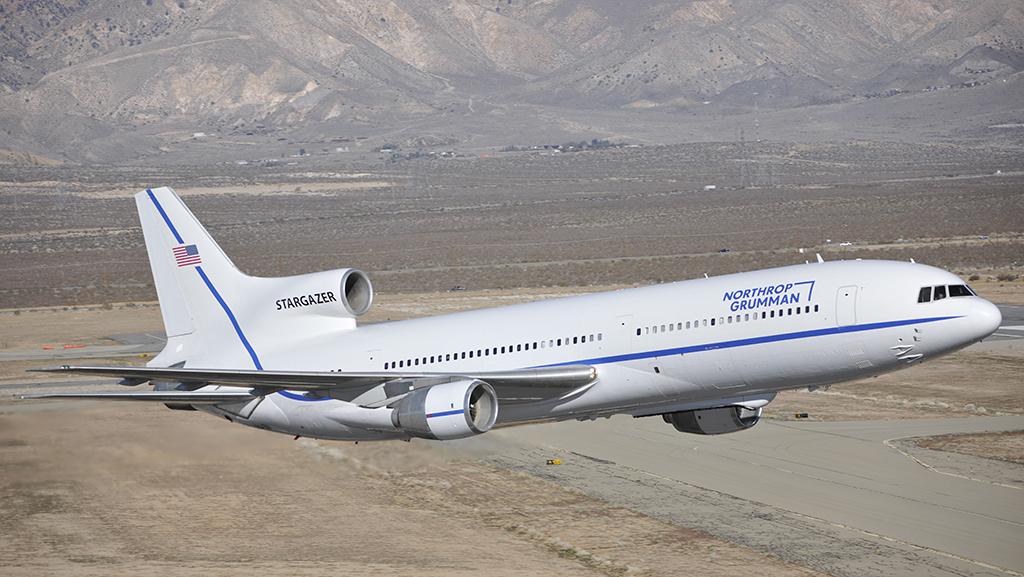 With the Lockheed construction No. 1067, the Stargazer started life as L-1011-1 Air Canada “510”—joining the airline in March 1974 after making its first flight at Palmdale, California, the previous month. Other than a short time on lease to Air Lanka in 1982, the aircraft stayed with Air Canada until being withdrawn and stored in Marana, Arizona, in 1990. Bought by Orbital Sciences in May 1992, it was registered as N140SC and named the Stargazer by company executives who were fans of “Star Trek: The Next Generation” after the fictional first command of Star Trek character Jean-Luc Picard. 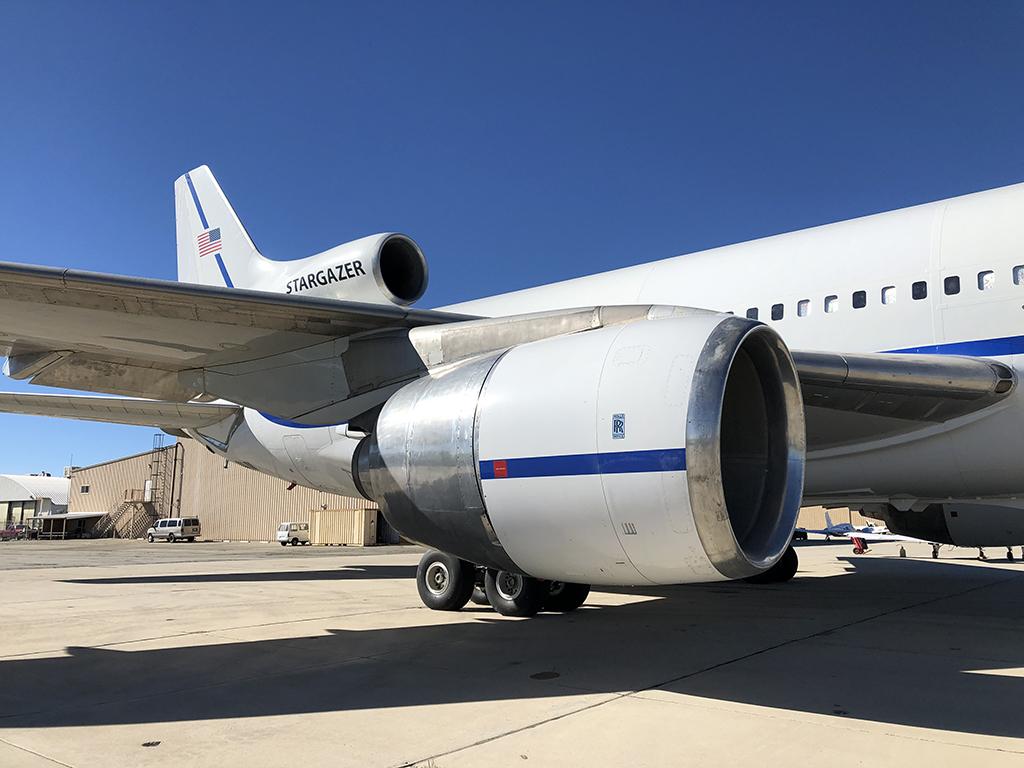 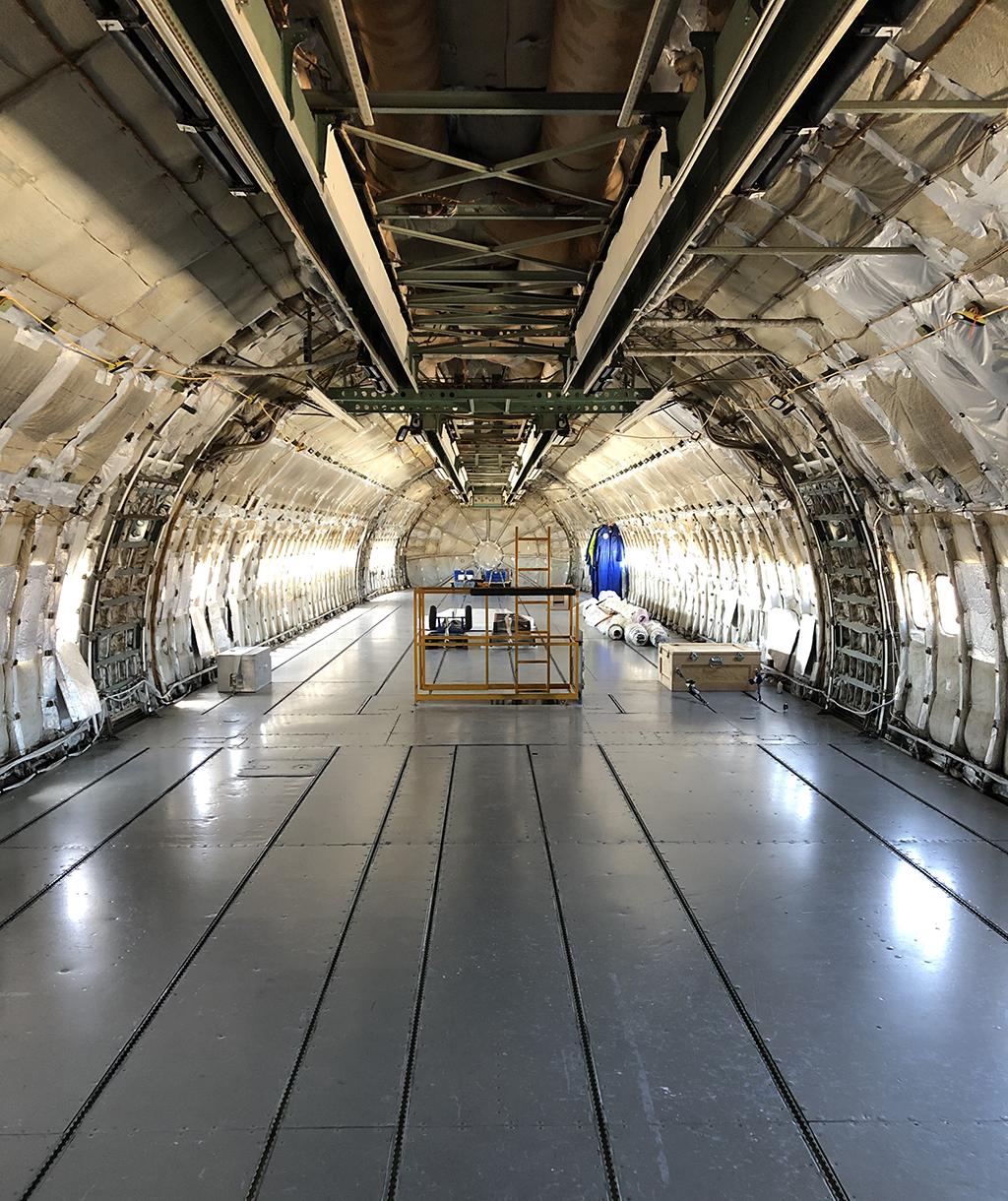 The 18.3-ft.-wide main deck is empty aft of the original first-class cabin area, and the bulk of its 2,452-ft.2 area is available for airborne equipment. Stripping the cabin interior removed almost 30,000 lb., reducing empty weight to around 226,000 lb., from the standard L-1011-100’s 240,000 lb., when modifications for the launch role are included. Note the exposed aft pressure bulkhead and the access area midcabin to lower deck housing the nitrogen purge and payload air-conditioning systems. 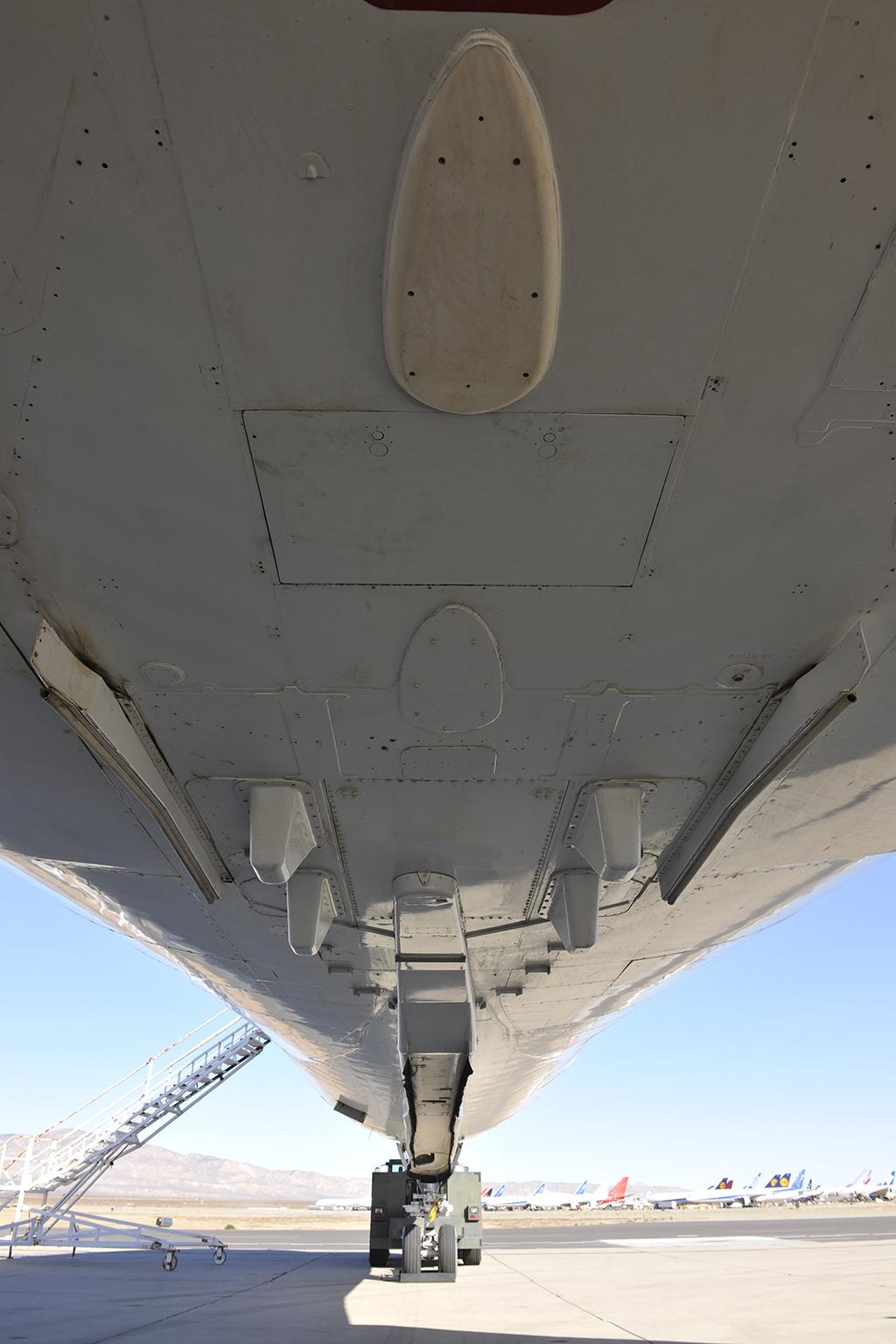 The four main hooks of the carriage-and-release mechanism and a fifth forward support attachment point are positioned beneath the L-1011’s belly to carry payloads. Maximum load is usually around 53,000 lb., although the structure can take higher loads. An internal unpressurized space between the aircraft’s unusual dual keelsons provides room for payloads with tail fins. 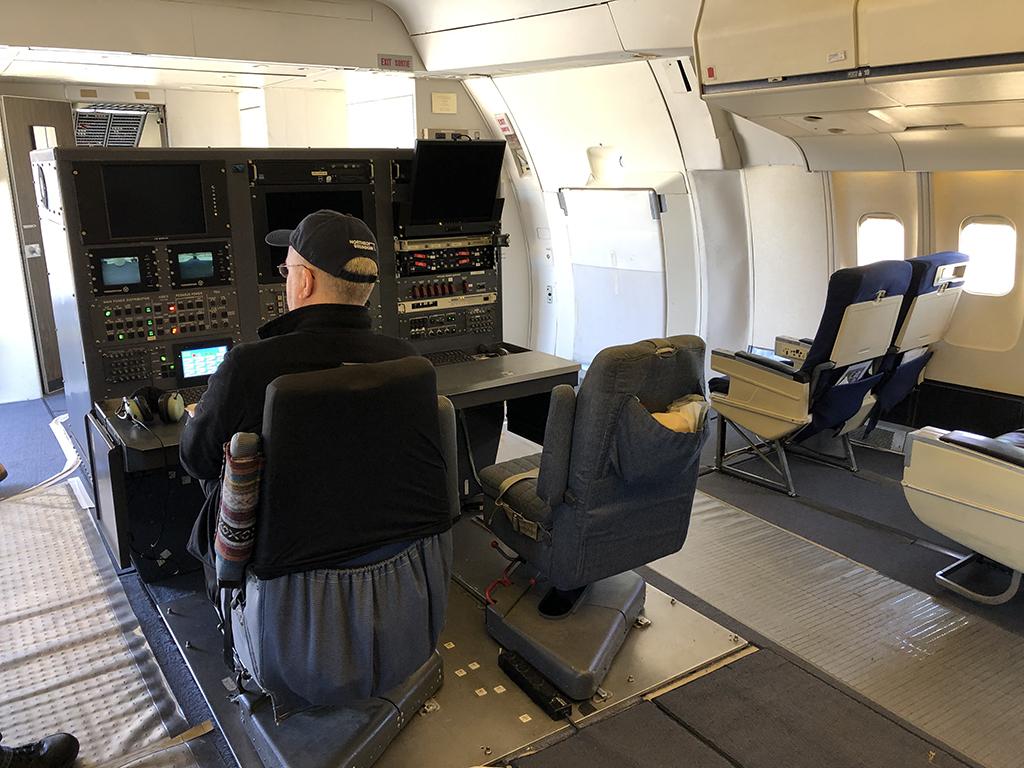 The launch panel operator (LPO) station is configured with computer and video screens. The two-seat console includes the release system and the hydraulic system for payload release. Although the LPO arms the system for launch control, the final release remains with the pilot. 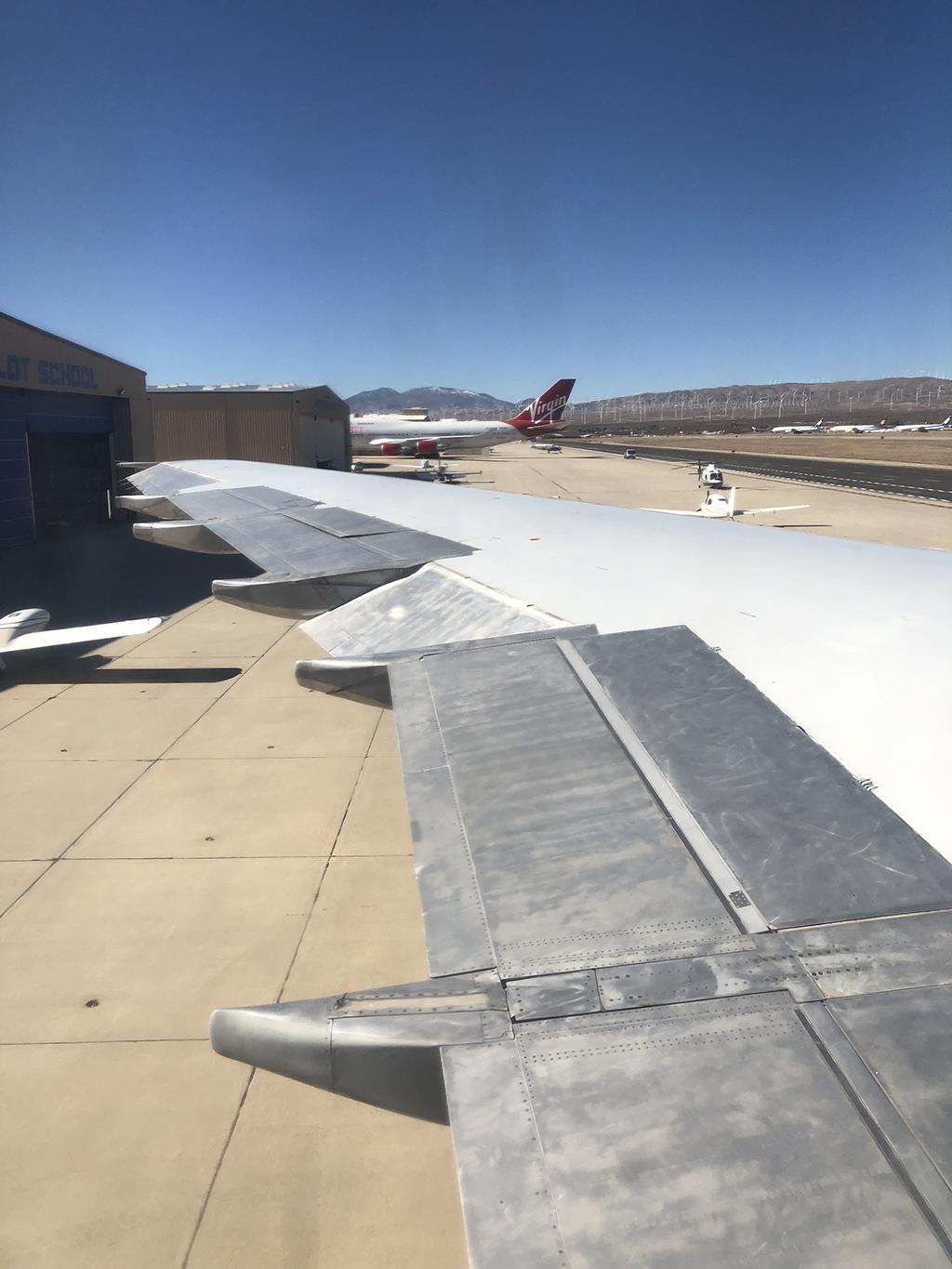 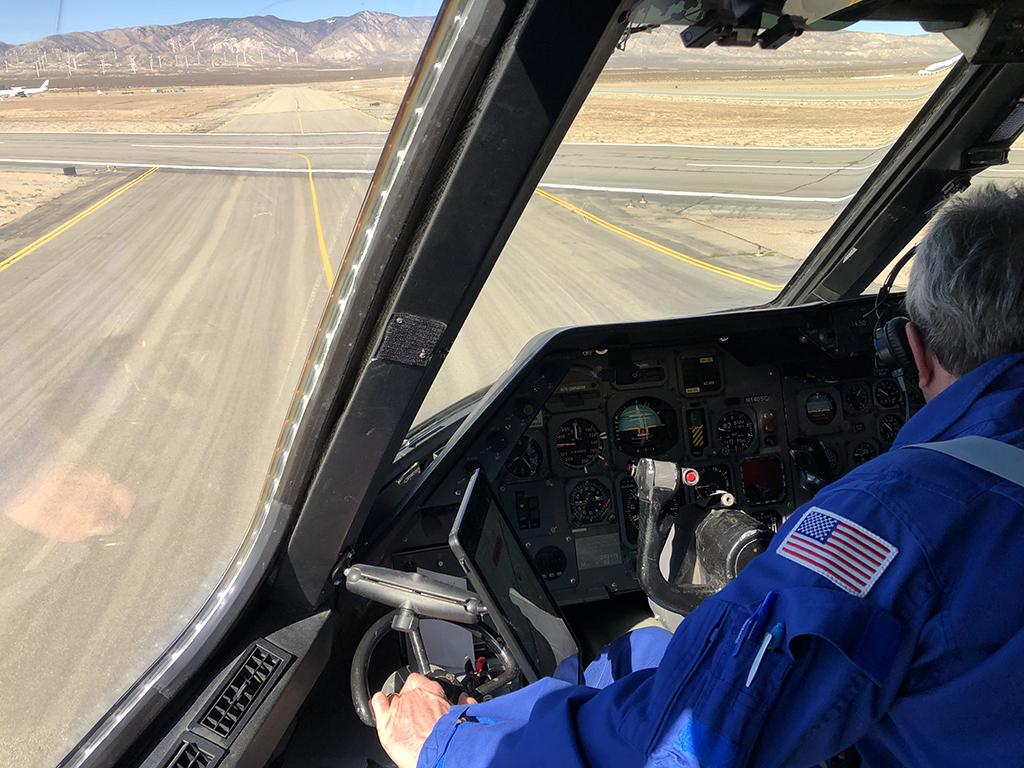 The view from the port cockpit window jump seat—described by the crew as the best seat in the house—as seen during taxiing out for takeoff. 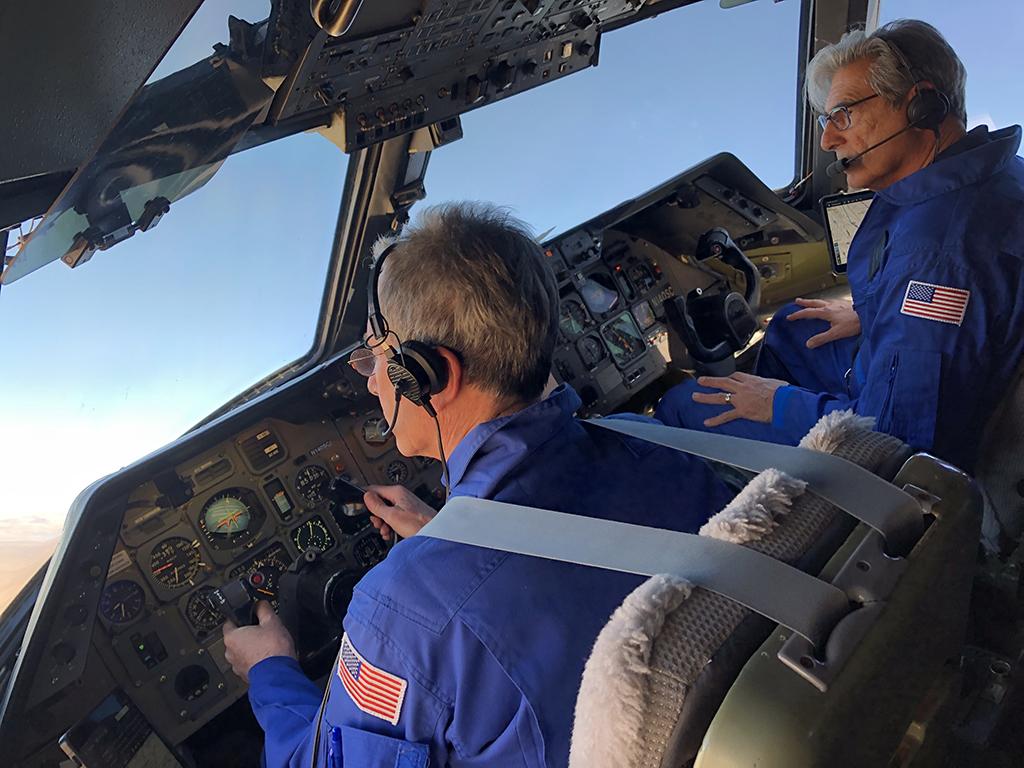 Climbing quickly after takeoff from Mojave, the crew banks the L-1011 to port to head north toward California’s Central Valley for the practice payload release demonstration. With what was considered the most advanced flight deck and avionics suite for its day, the L-1011 was the first widebody to receive FAA certification for Category IIIC landings. 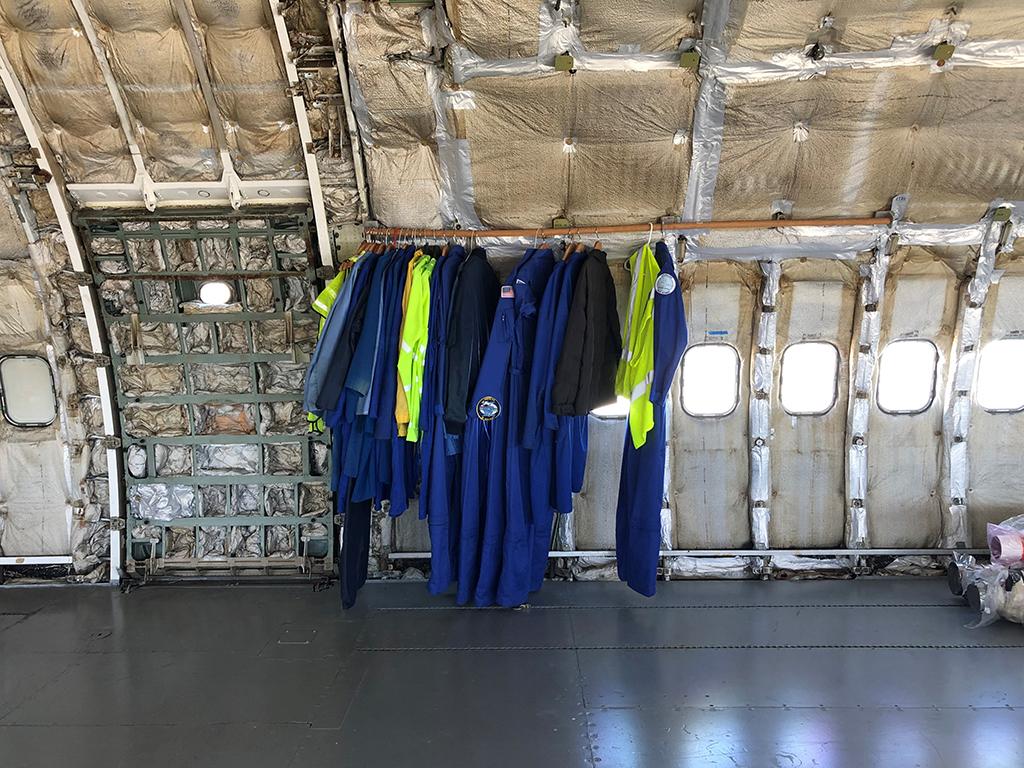 The L-1011’s pronounced pitch attitude of around 5 deg. in cruise is indicated by the tilt angle of the flight suits. Note the deactivated main deck exit— only the forward two L1/R1 cabin Type A doors remain operational. 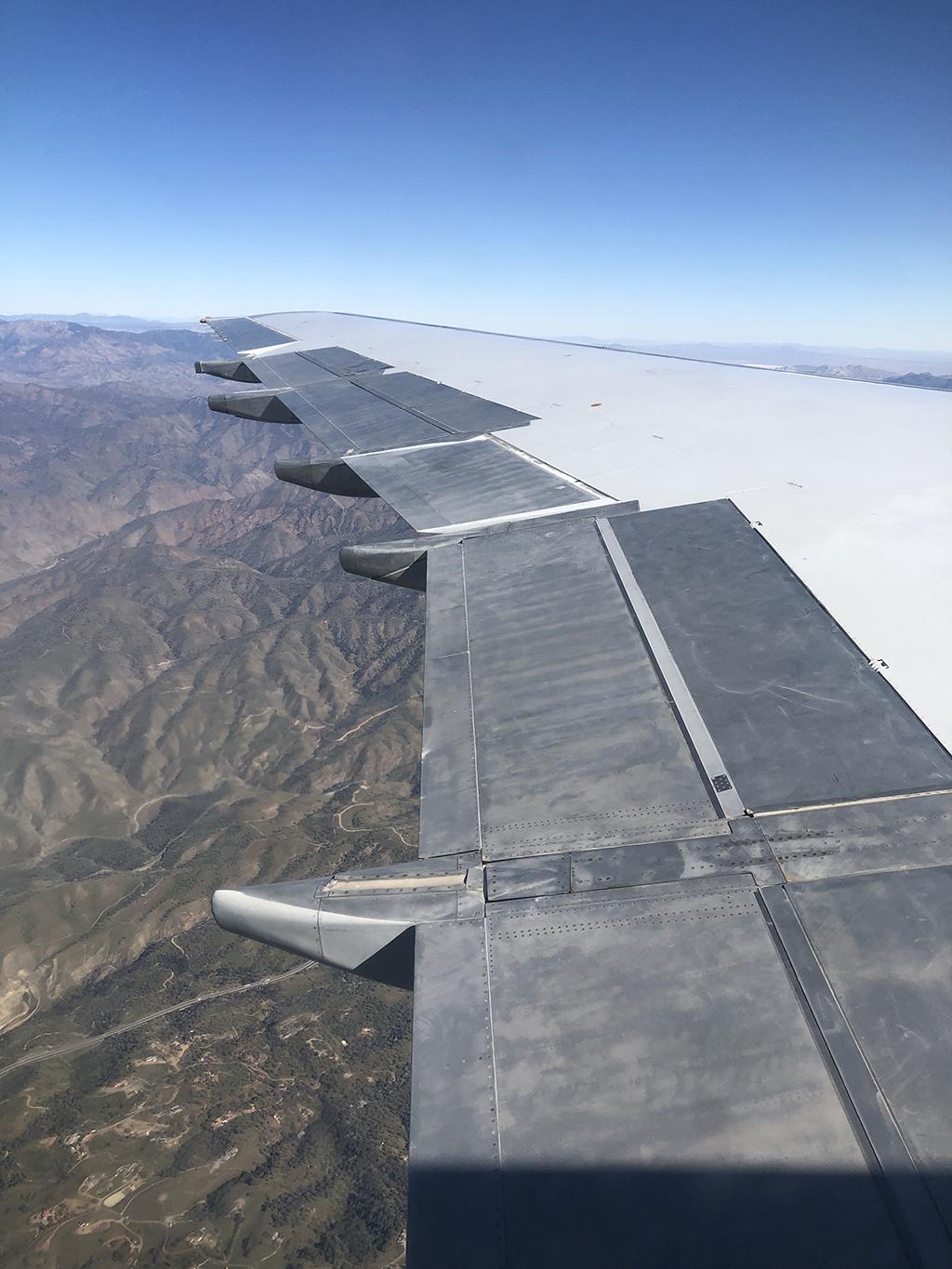 The aircraft’s 155-ft.-span wing incorporates the TriStar’s trademark direct lift control system (DLC)—a distant ancestor of the integrated DLC on the Lockheed Martin F-35C fighter. Designed to activate with gear down and flaps set at 33 deg., the inboard four spoilers on each wing are extended 11 deg. and move automatically through 7-14 deg. in response to control inputs. The system allows more precise control of glideslope and descent rate because total lift can be controlled without altering pitch attitude. 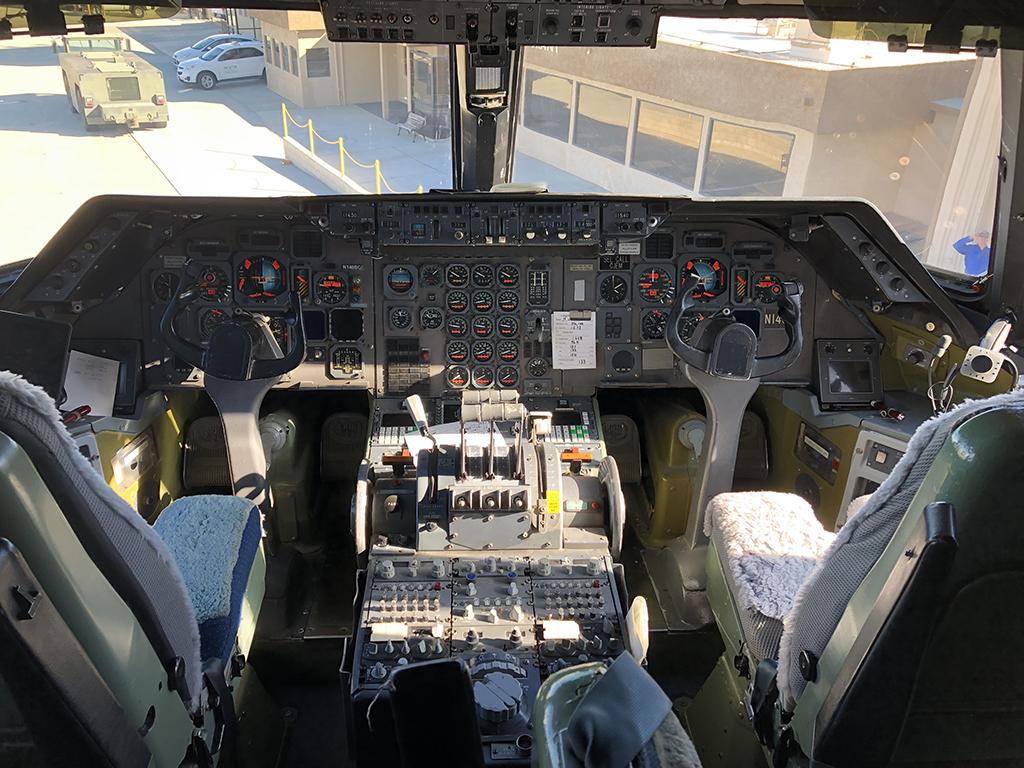 The L-1011’s roomy flight deck is illustrated in this view as the aircraft looms over Mojave Air and Space Port’s famous Voyager restaurant. The buttons and switches for controlling payload release are out of view behind the throttle levers. 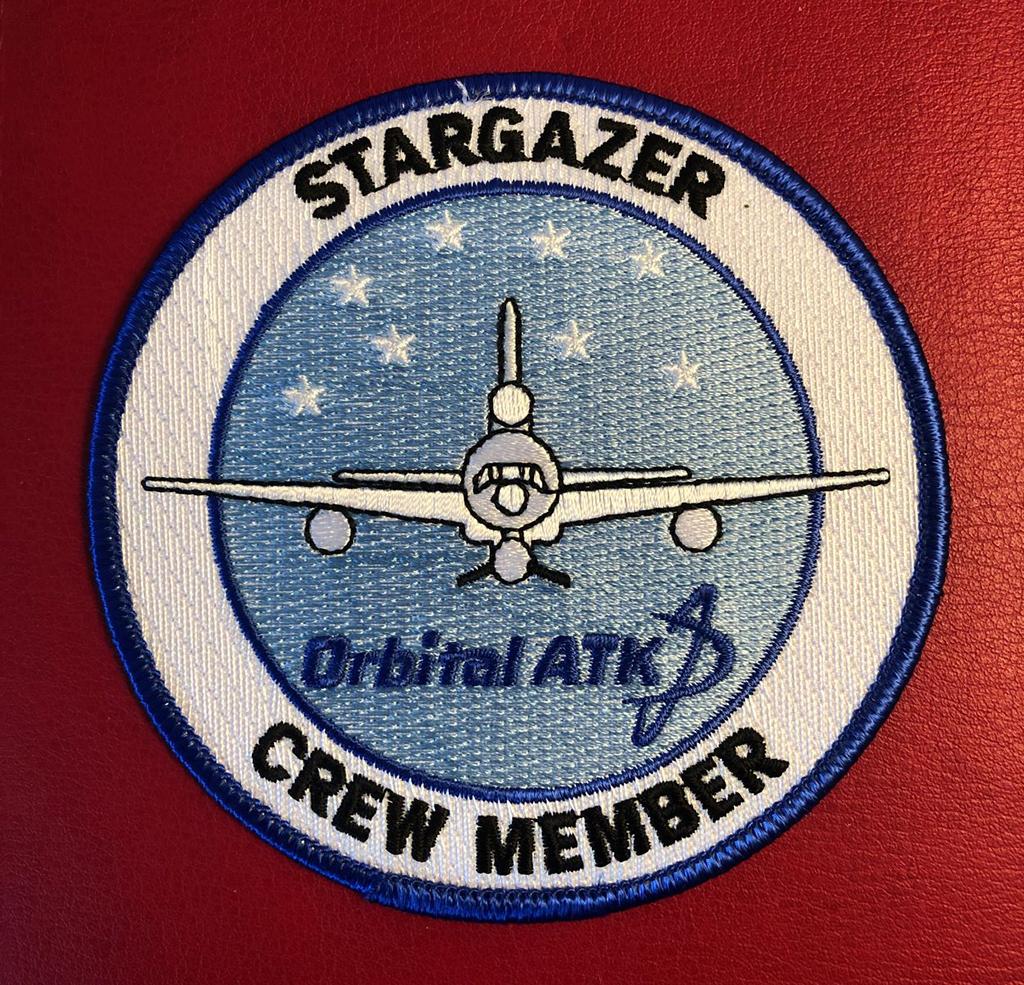 Aviation Week flew aboard Northrop Grumman’s Stargazer—the world’s last flying Lockheed L-1011 TriStar—to experience the procedures involved in air-launching a rocket. In response to changing market demand, the company is broadening the role of the Stargazer—originally developed for the Pegasus launch vehicle—to include hypersonic testing as well as offering a platform for other emerging air-launched vehicles.