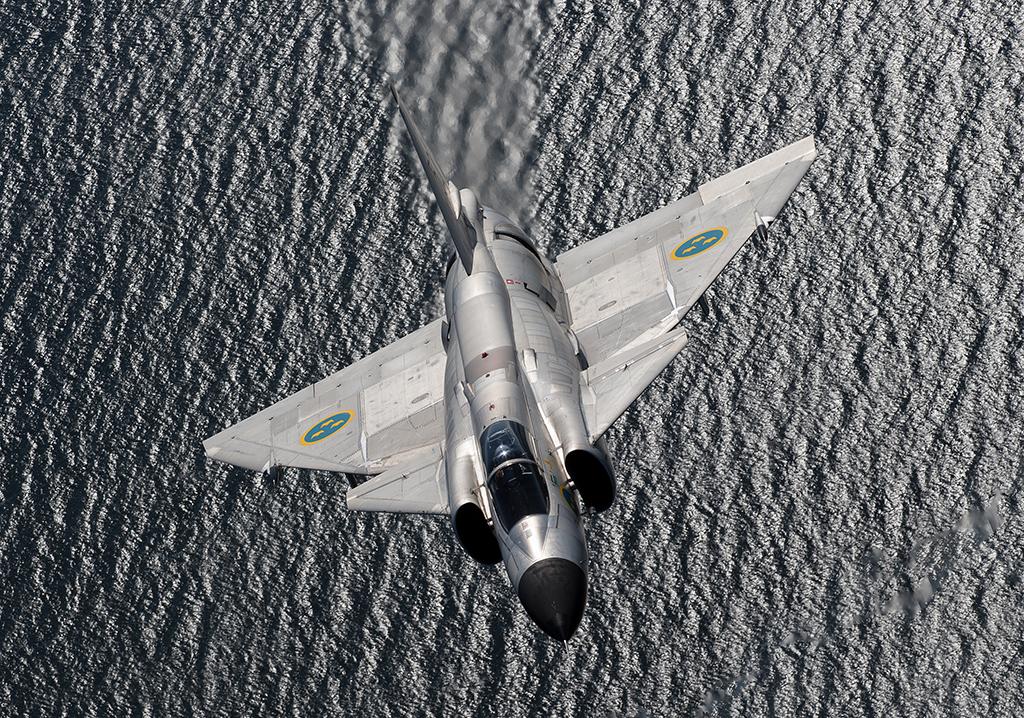 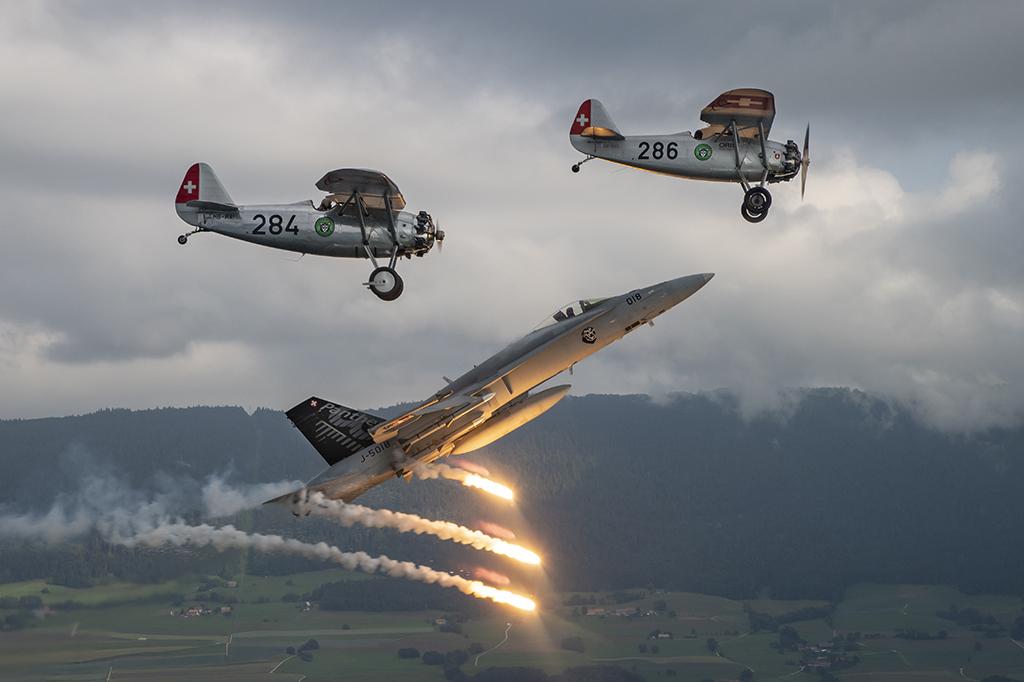 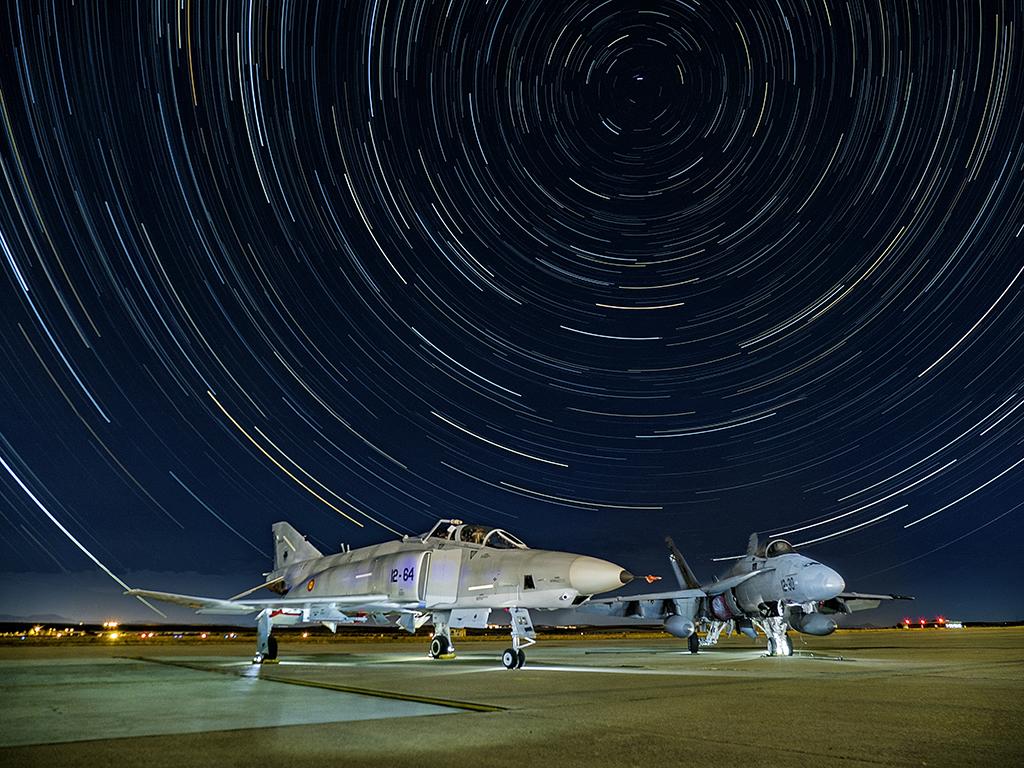 Old friends resting under the sky of the Torrejon Air Base, Spain. The photographer combined astrophotography with a special technique to capture this unique shot. 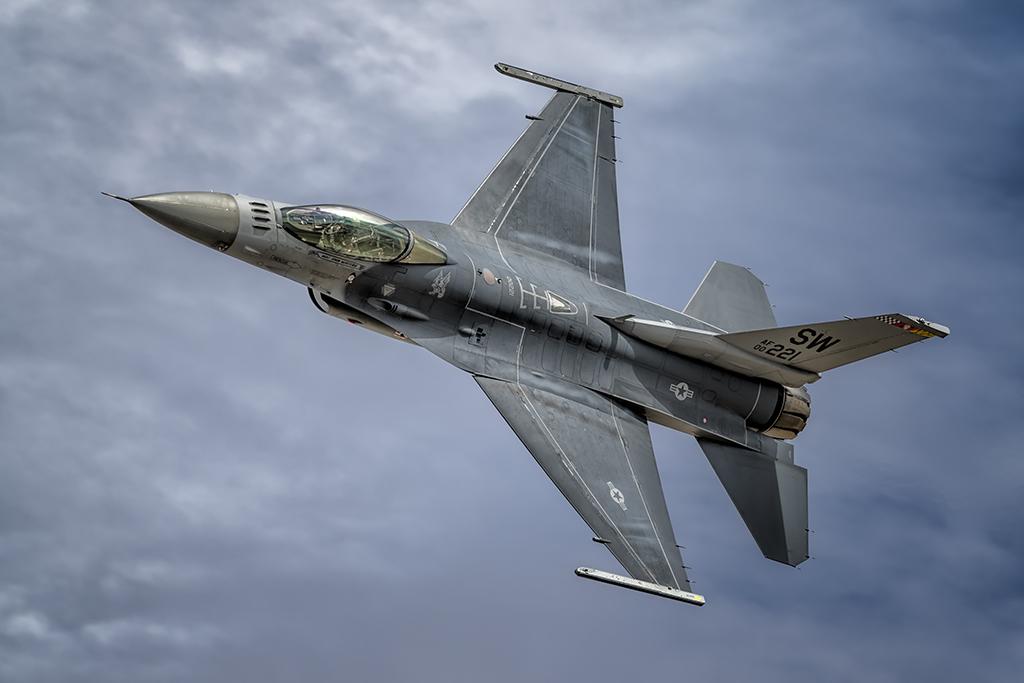 Major John "Rain" Waters performs a 9-g dedication pass in excess of 500 kt.  He is wrapping up his two-year stint as the F-16 Viper Demo pilot this year. 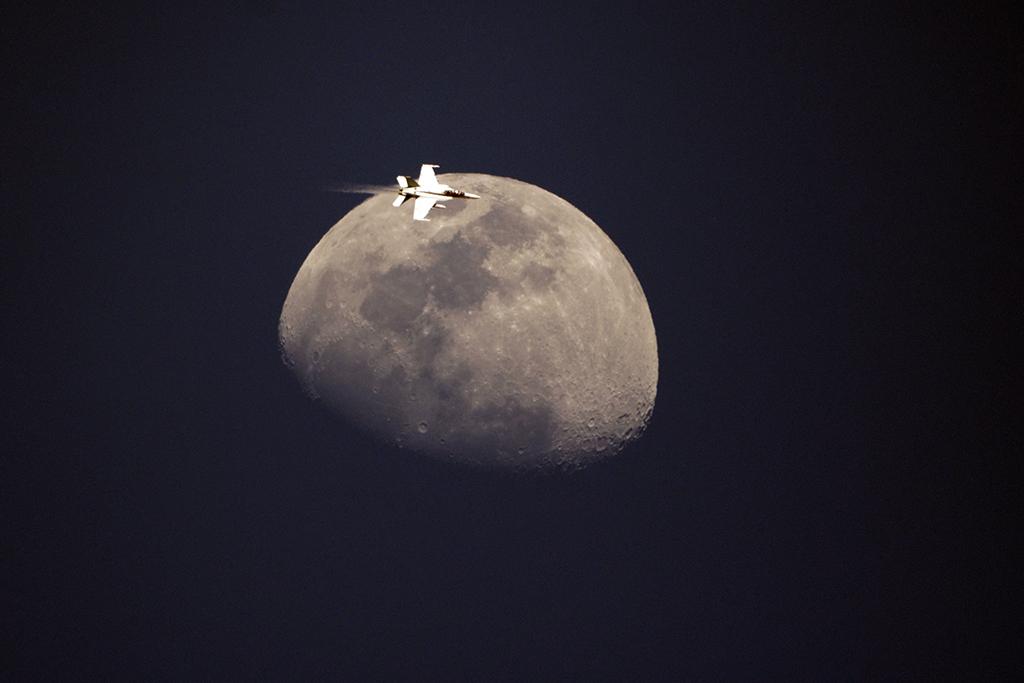 An F/A-18F Super Hornet flies in California's Death Valley with the Moon in the background. 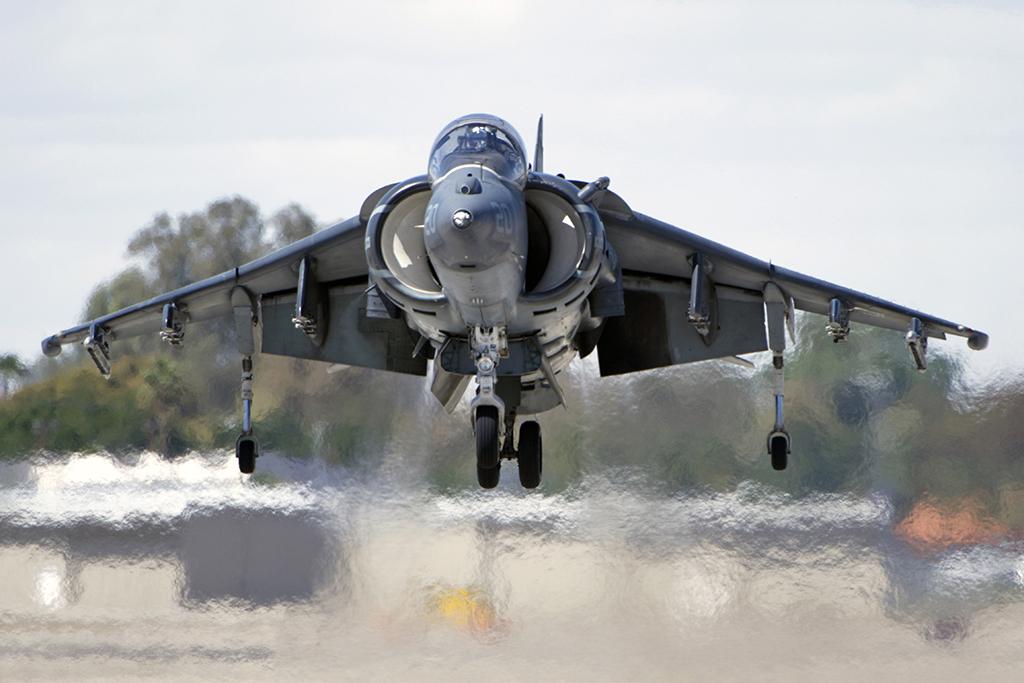 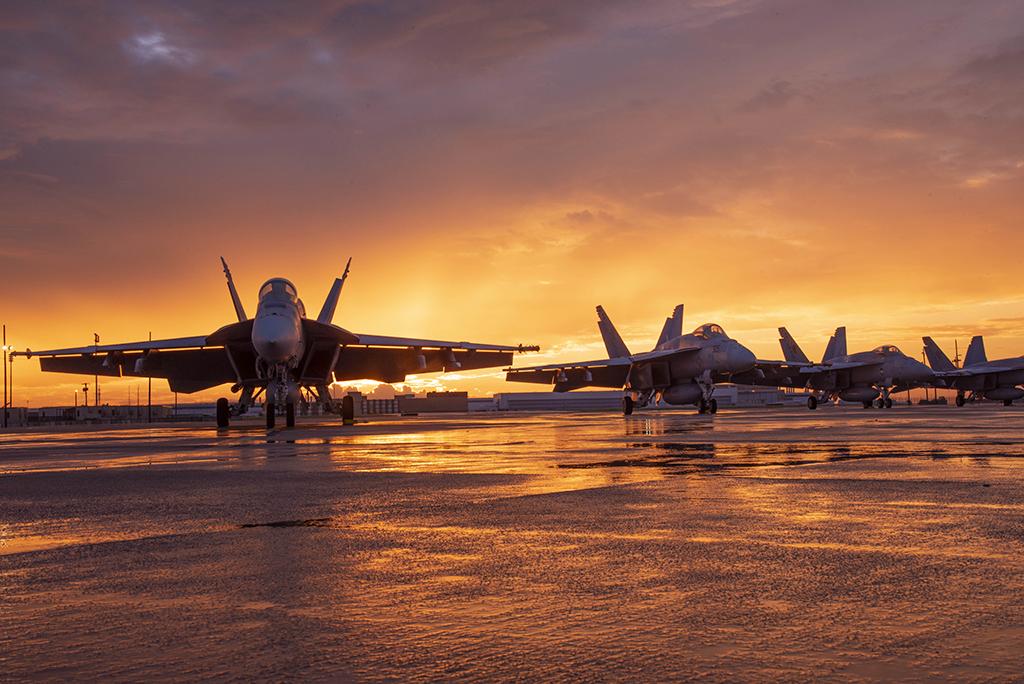 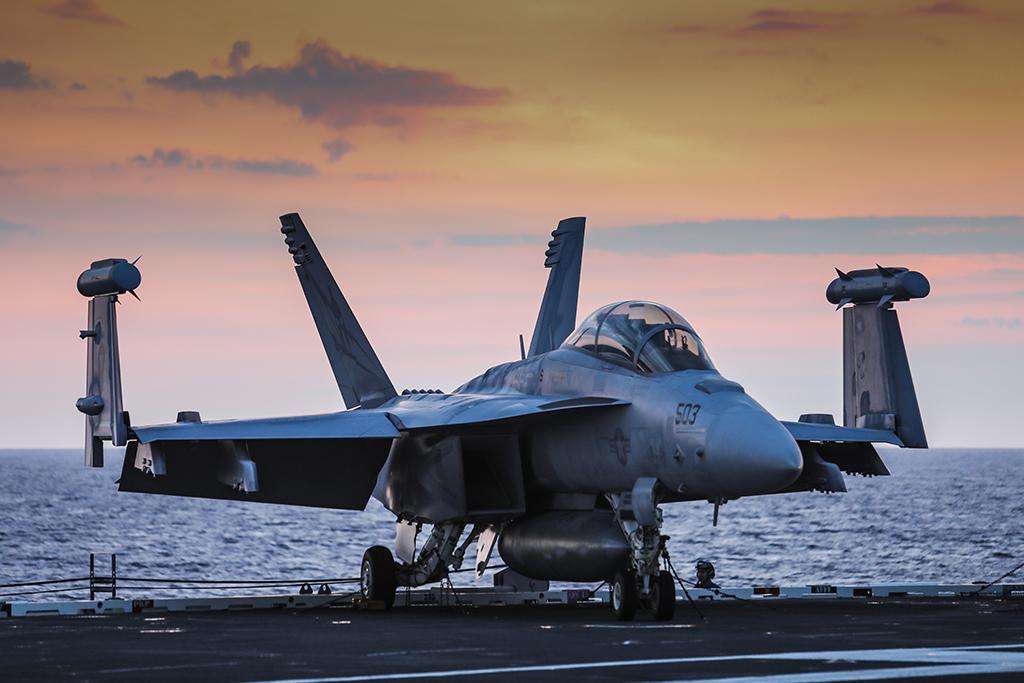 A Boeing E/A-18G Growler sits with its wings folded on the deck of the aircraft carrier USS George HW Bush (CVN-77) as the Sun rises on yet another day of air operations over the Atlantic Ocean. 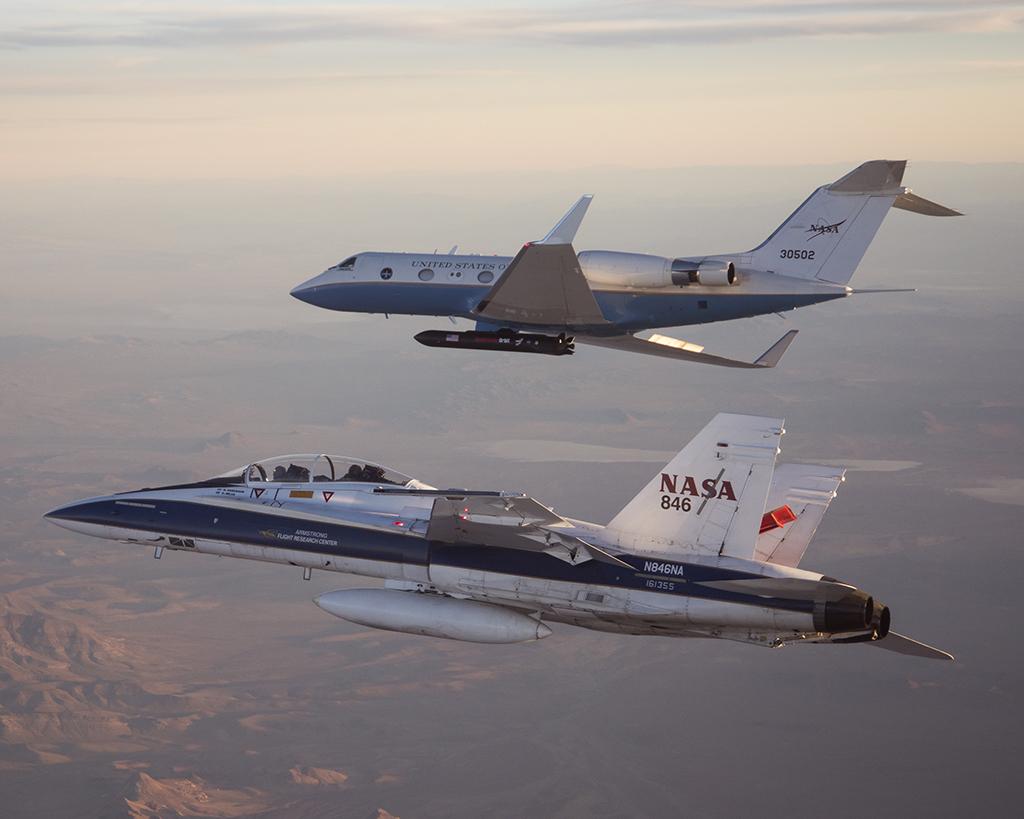 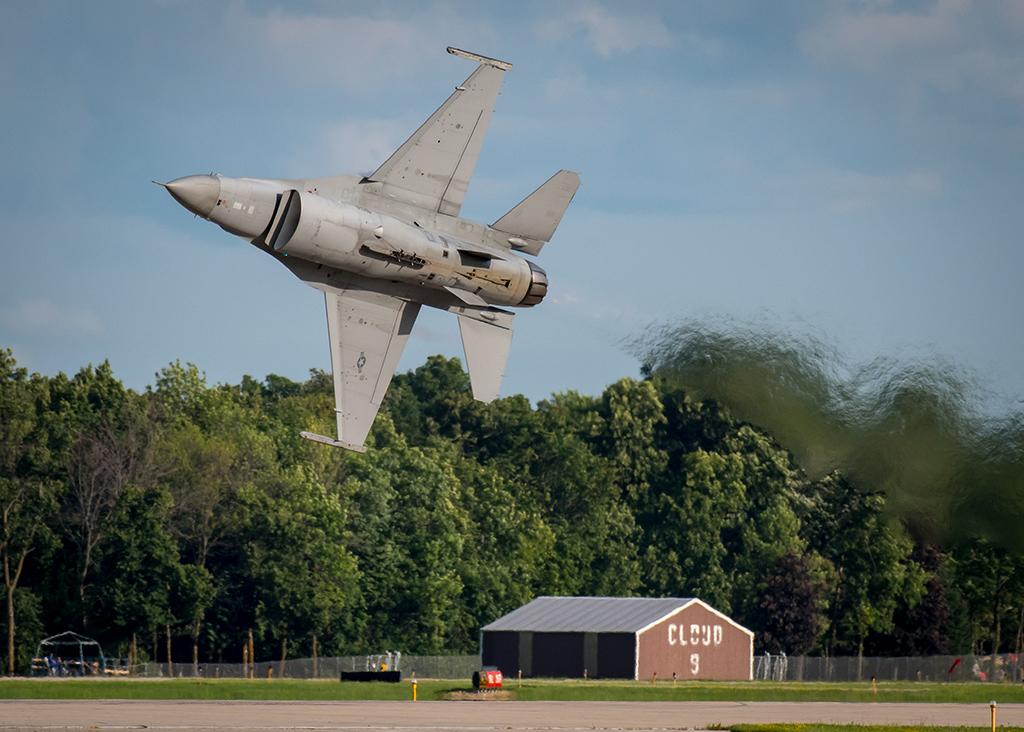 An F-16 demonstration pilot makes an initial turnout after takeoff at Air Venture 2018 in Oshkosh, Wisconsin.

There are few things as exhilarating as flying in a fighter, whether it's the newest fighter or one that's been in service for decades. Enjoy a vicarious thrill by viewing these shots of some of the world's fastest aircraft.