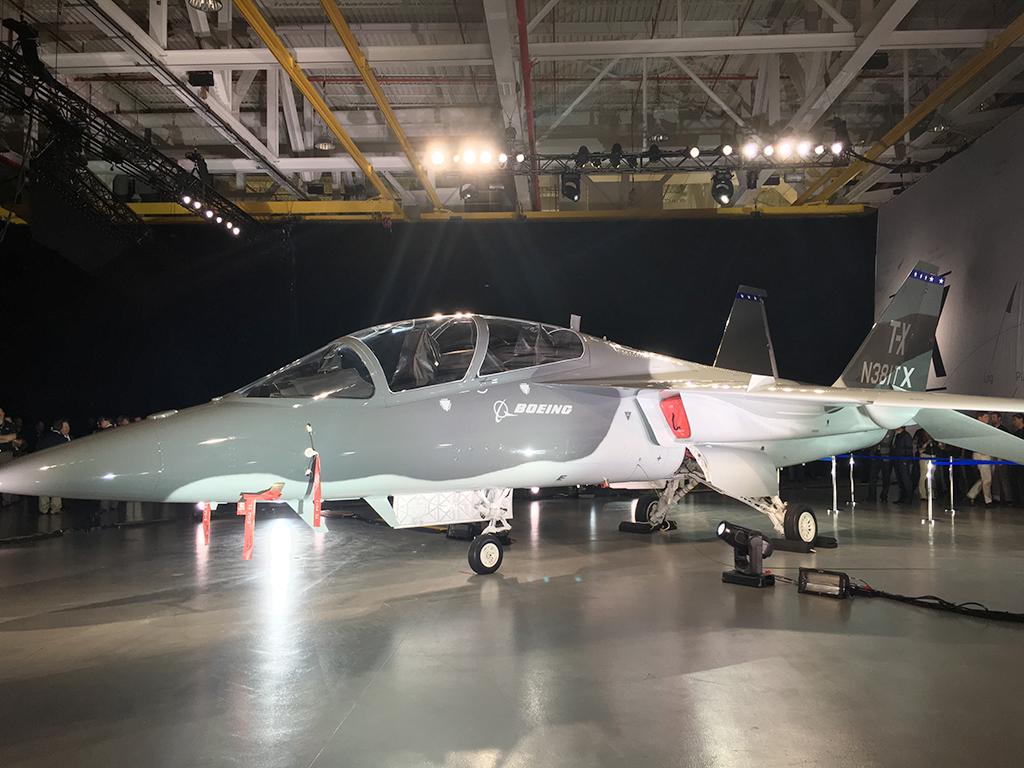 Boeing and Saab’s T-X is a twin-tail airframe designed for high maneuverability and angle of attack, powered by the single GEF404 engine used in the classic F/A-18 Hornet. In contrast to Northrop Grumman’s T-X, Boeing’s design does not include the distinct chine along the forward fuselage. 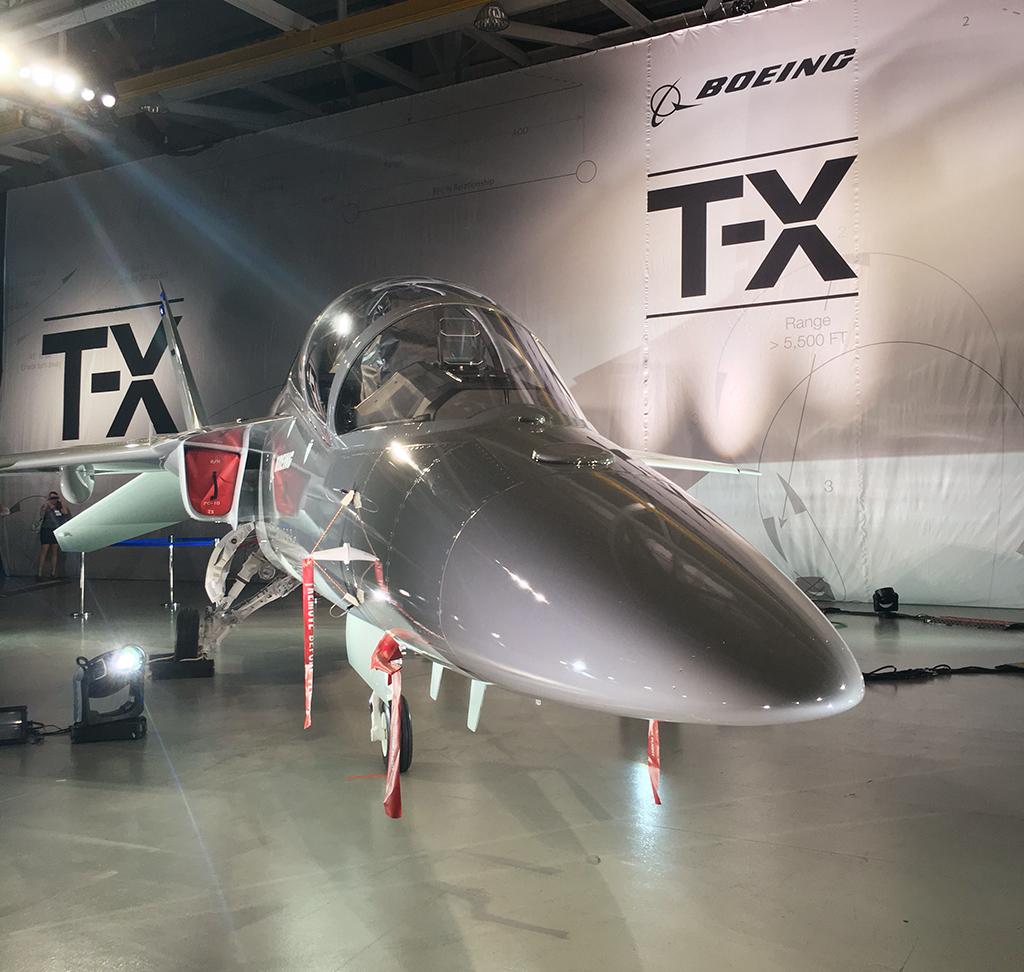 Boeing revealed that it has already built two T-X prototypes, which will soon begin structural flight testing. The first aircraft, displayed during the rollout event, has started ground tests and will complete its first flight by year-end. 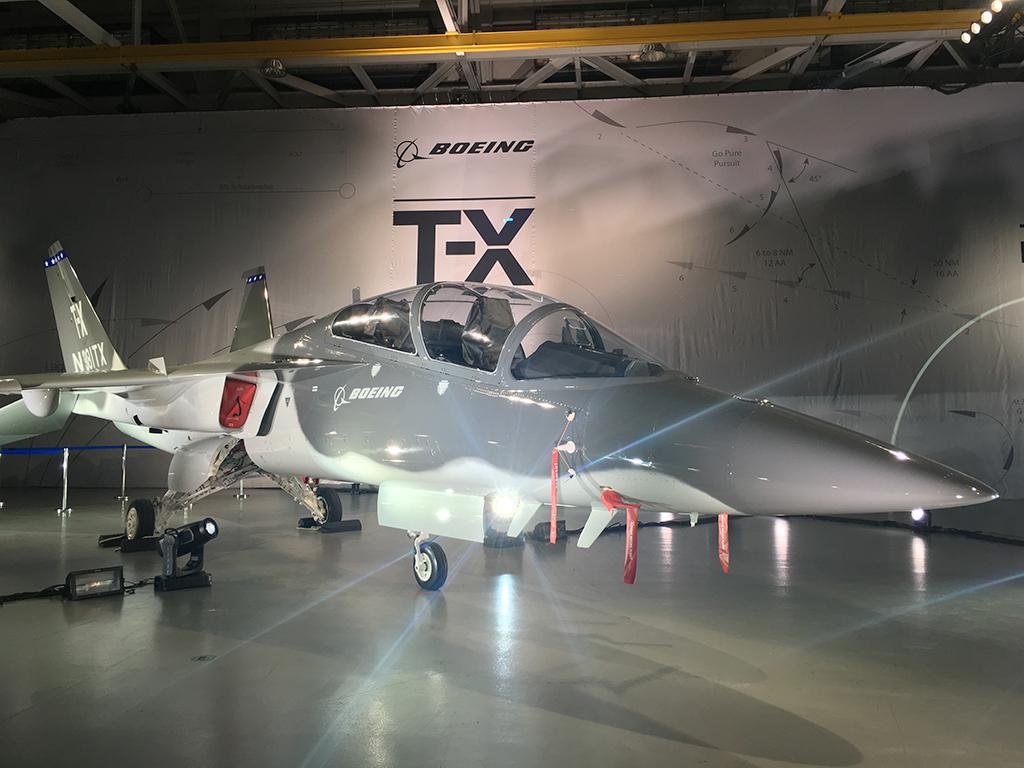 The team is still discussing where the aircraft will be built, but the engineering, manufacturing and development phase of the program will be completed at Boeing’s St. Louis factory. Officials would not disclose details about the planned workshare between Boeing and Saab. 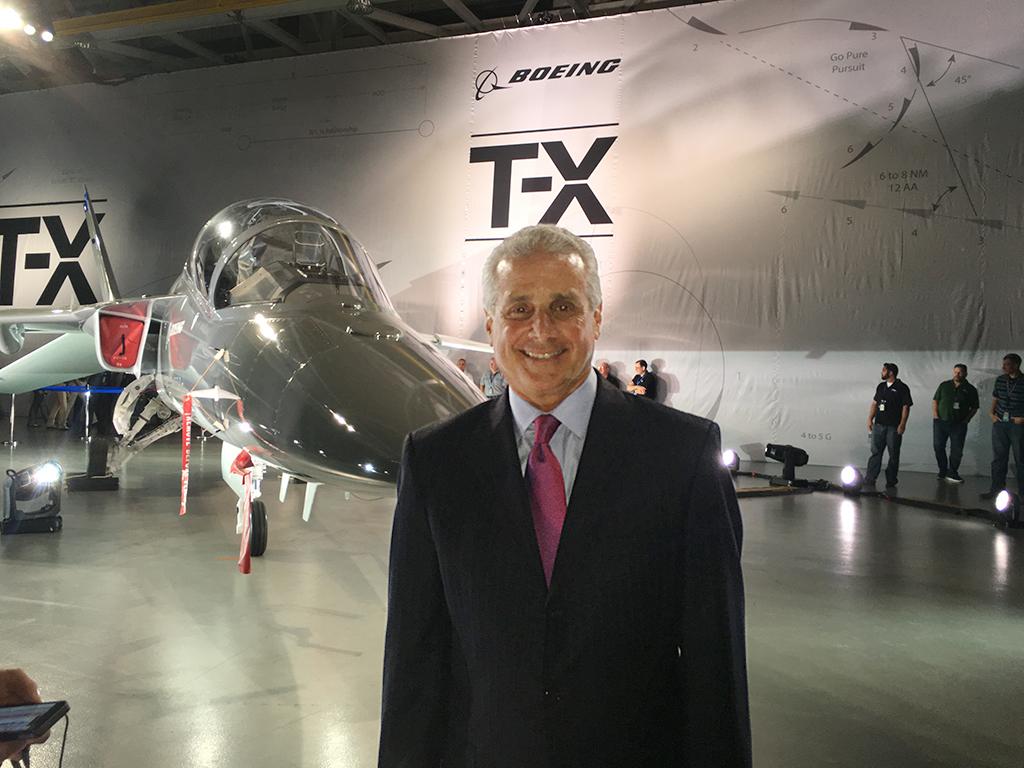 Boeing Phantom Works President Darryl Davis (pictured) stresses that the team focused on meeting the Air Force’s threshold requirements for T-X—including high G and angle of attack—not exceeding them, in order to keep costs down. This comes as a bit of a surprise, as the Air Force in its latest draft request for proposals (RFP) incentivized competitors to submit high-performance aircraft. 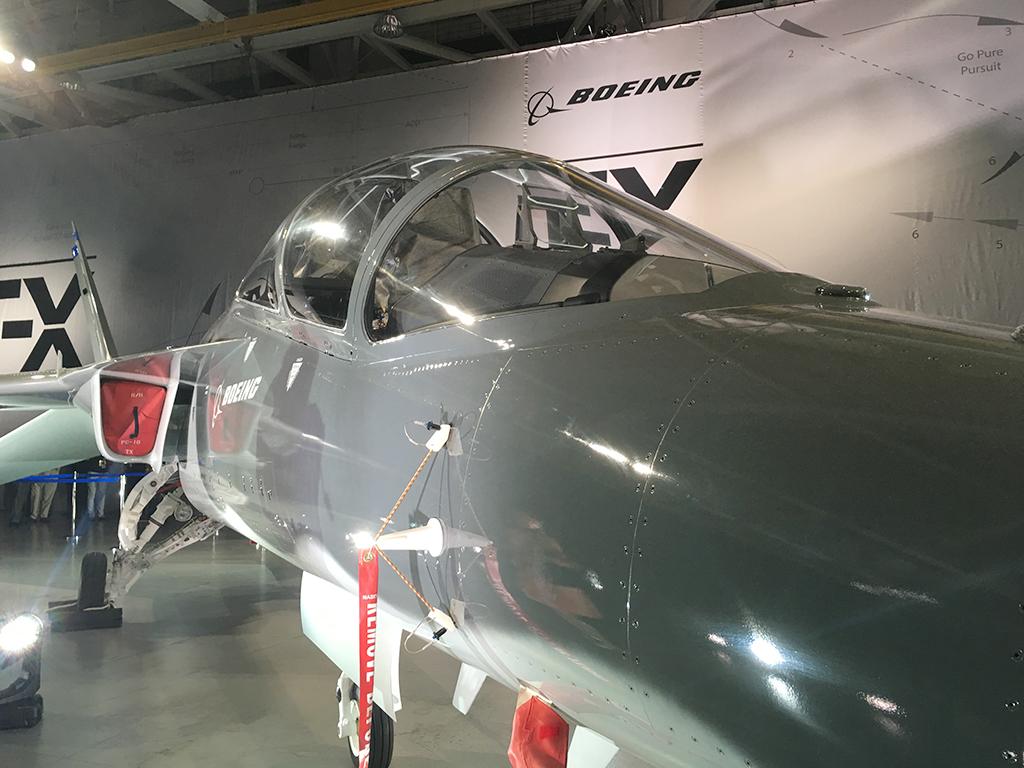 The Boeing-Saab T-X has an all-digital glass cockpit designed to resemble that of the fifth-generation F-35 and F-22. The aircraft also features an open architecture software that pushes data across the jet and its associated ground-based training systems. 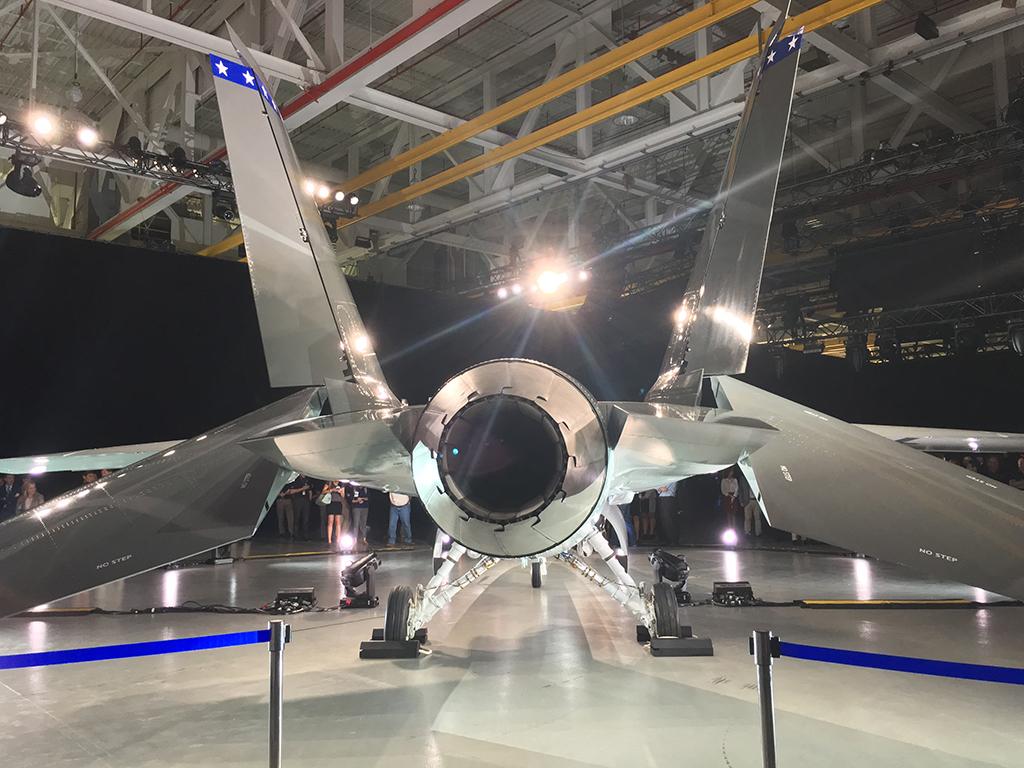 The Boeing-Saab aircraft has two hard points on each wing and one on the centerline fuselage to accommodate weapon stations, as well as a built-in space for an aerial refueling receptacle. 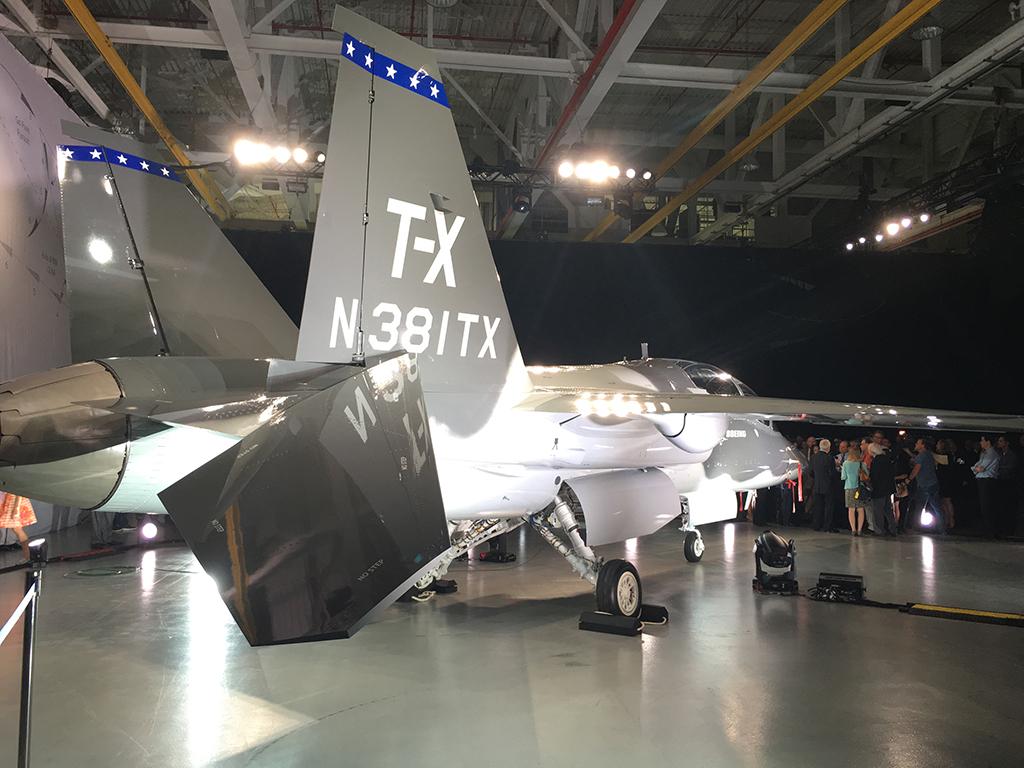 Boeing has said the design leverages a closely held manufacturing technology initiative, code-named Black Diamond, which the company hopes will drive down costs. But officials said during the rollout that the T-X design goes beyond Black Diamond, with engineers even 3-D-printing certain jet components. 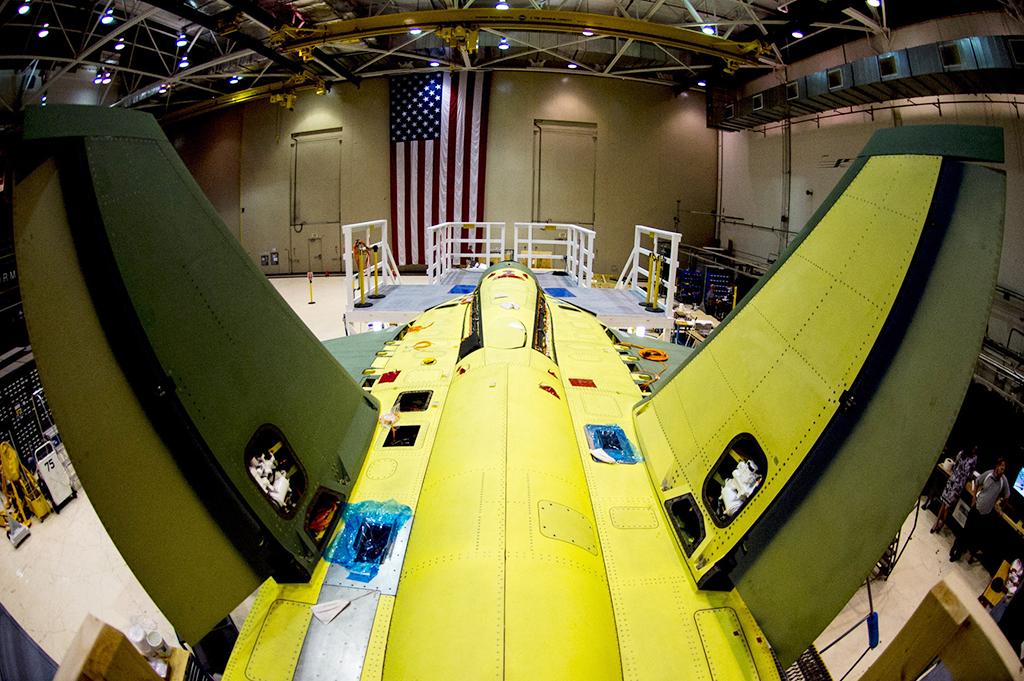 Boeing and Saab officials showed the second aircraft to reporters after the rollout ceremony. Although the design was purpose-built for the T-X competition, the airframe has built-in potential to one day meet requirements for an aggressor aircraft. 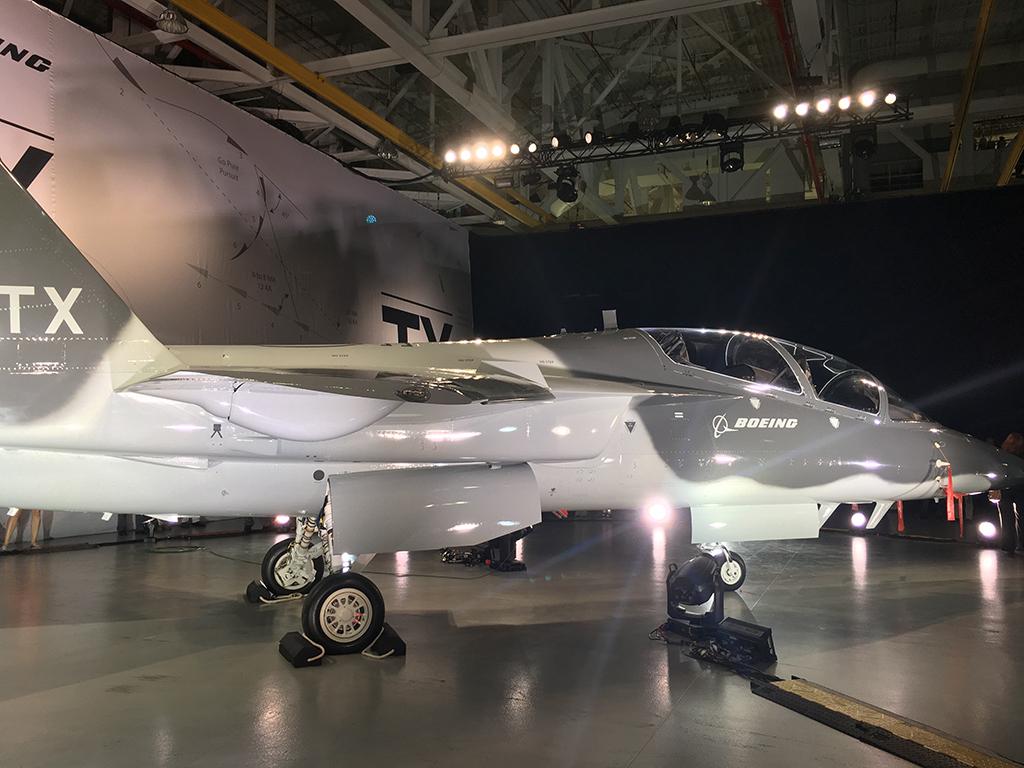 The Air Force is planning to release a final RFP to industry in December, with a downselect to a single vendor planned  in 2017.

Boeing finally lifted the curtain on its proposal for the U.S. Air Force’s T-X advanced pilot trainer completion during a much-anticipated rollout ceremony at the company’s factory in St. Louis on Sept. 13. Boeing and partner Saab unveiled a twin-tail, single-engine jet that looks like a hybrid of an F/A-18 Super Hornet and a Gripen, bringing to a close months of speculation about the team’s mysterious clean-sheet design. Winning the T-X competition is not only key to a lucrative Air Force contract to build 350 new jets to train the next generation of fighter pilots, it also will give the winning team a foothold in the international trainer market for decades to come.

Who Has The Edge In The U.S. Air Force T-X Trainer Competition?