8 Things You Didn’t Know About Air Force One 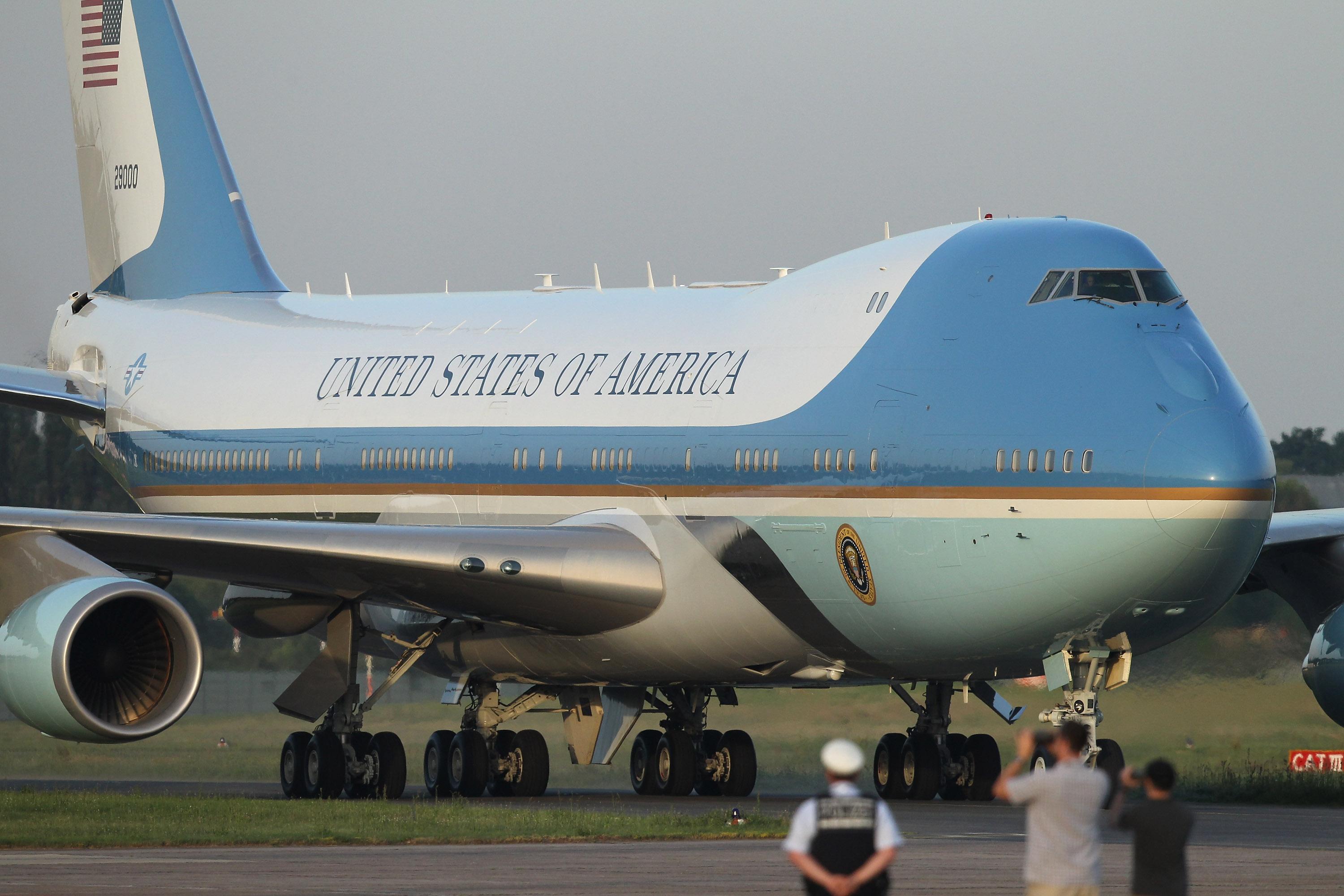 Although “Air Force One” technically is any aircraft in which the president is flying, the two that regularly fly as Air Force One are nearly identical Boeing 747-200Bs. These aircraft are designated VC-25A with tail numbers 28000 and 29000. 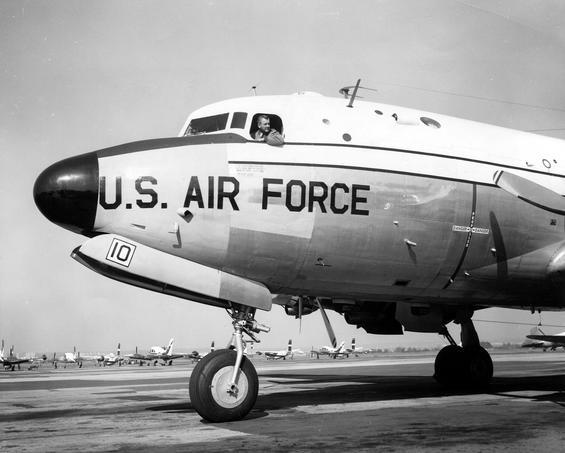 Many different aircraft have been used as official U.S. presidential aircraft, including two Lockheed Constellations in the late 1950s and two Boeing 707s in the 1960s and 1970s. Since 1990, the presidential fleet has consisted of two Boeing VC-25As that are specifically configured and highly customized Boeing 747-200Bs. Pictured here is President Franklin D. Roosevelt’s C-54 Skymaster, nicknamed “the Sacred Cow." Credit: Harry S. Truman Presidential Library and Museum 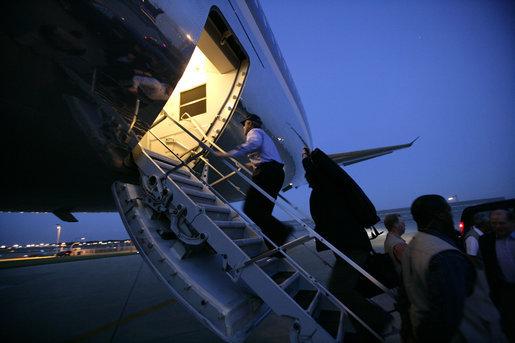 Air Force One is equipped with retractable stairways for the rear entrance and the front entrance that open on the lower deck, and it has its own baggage loaders. These features were added for security so the aircraft never has to depend on airport facilities. Credit: White House <br /> Editor's Note: This photo has been changed to better reflect the described system. 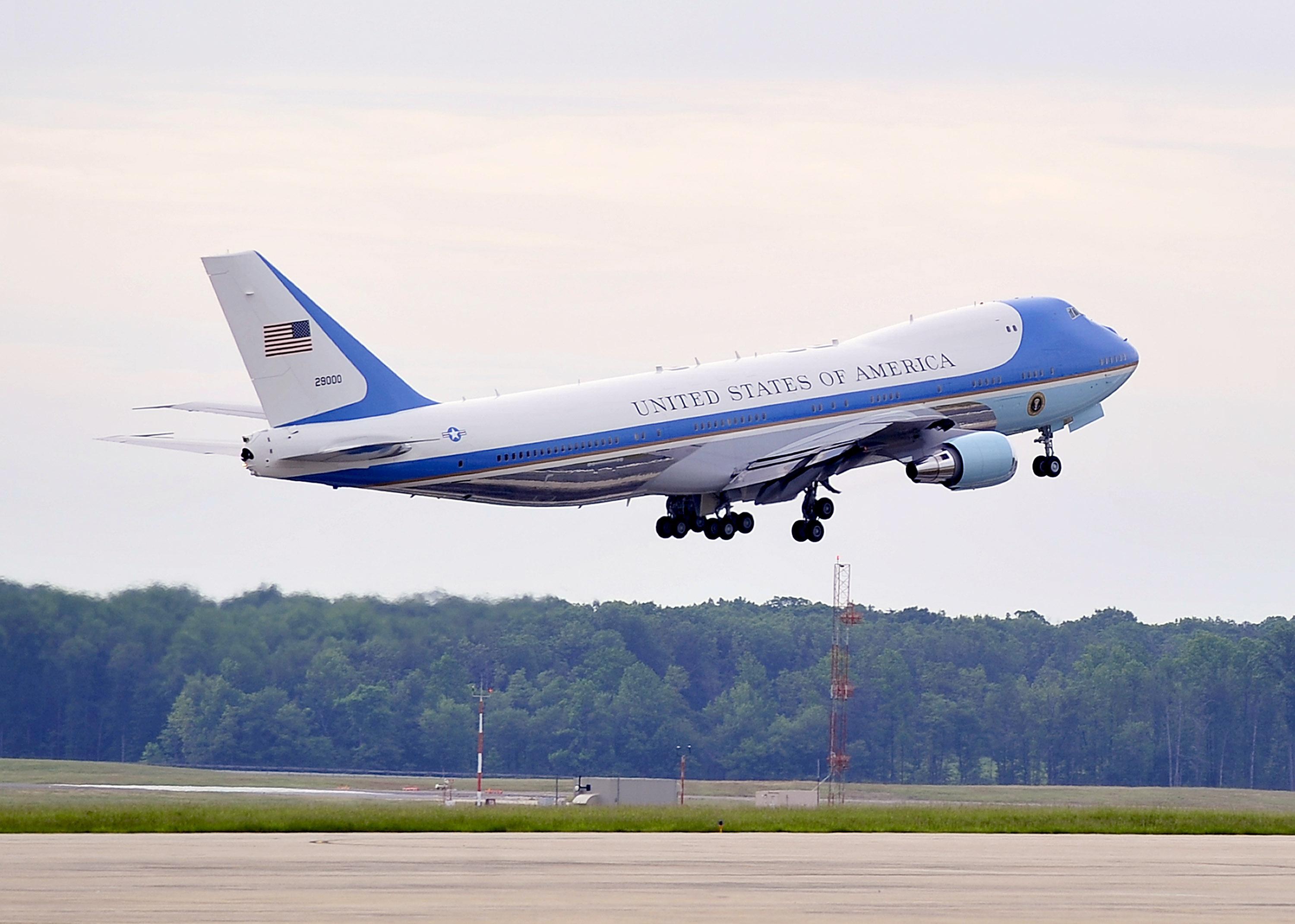 The aircraft are outfitted with electronic countermeasures—including devices that can jam enemy radar—and are able to eject flares to throw heat-seeking missiles off course. 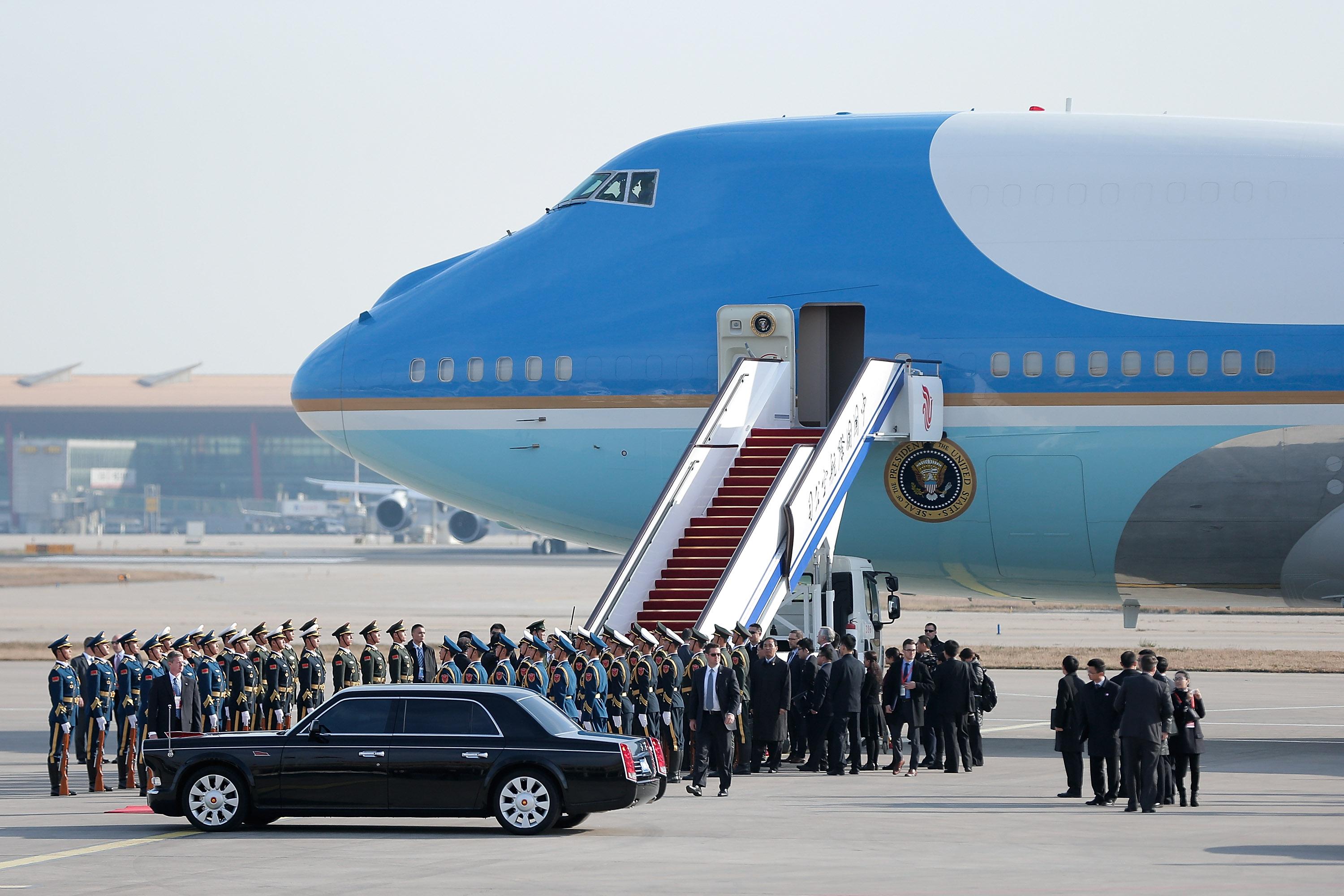 Prior to presidential flights, the Air Force sends C-17 Globemaster cargo aircraft to preposition vehicles for the president’s motorcade upon arrival. The load includes bulletproof limousines, vans and weaponry. 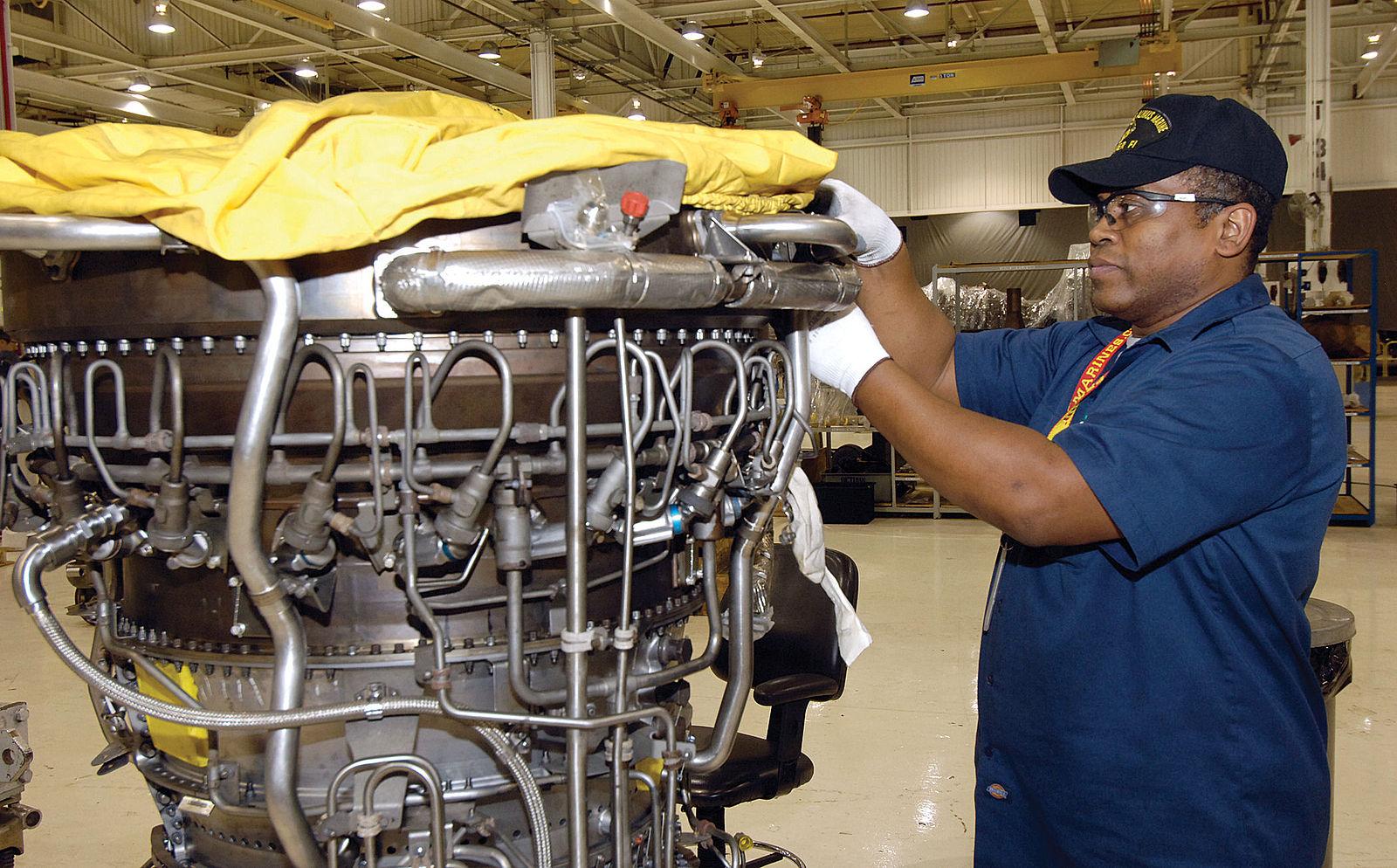 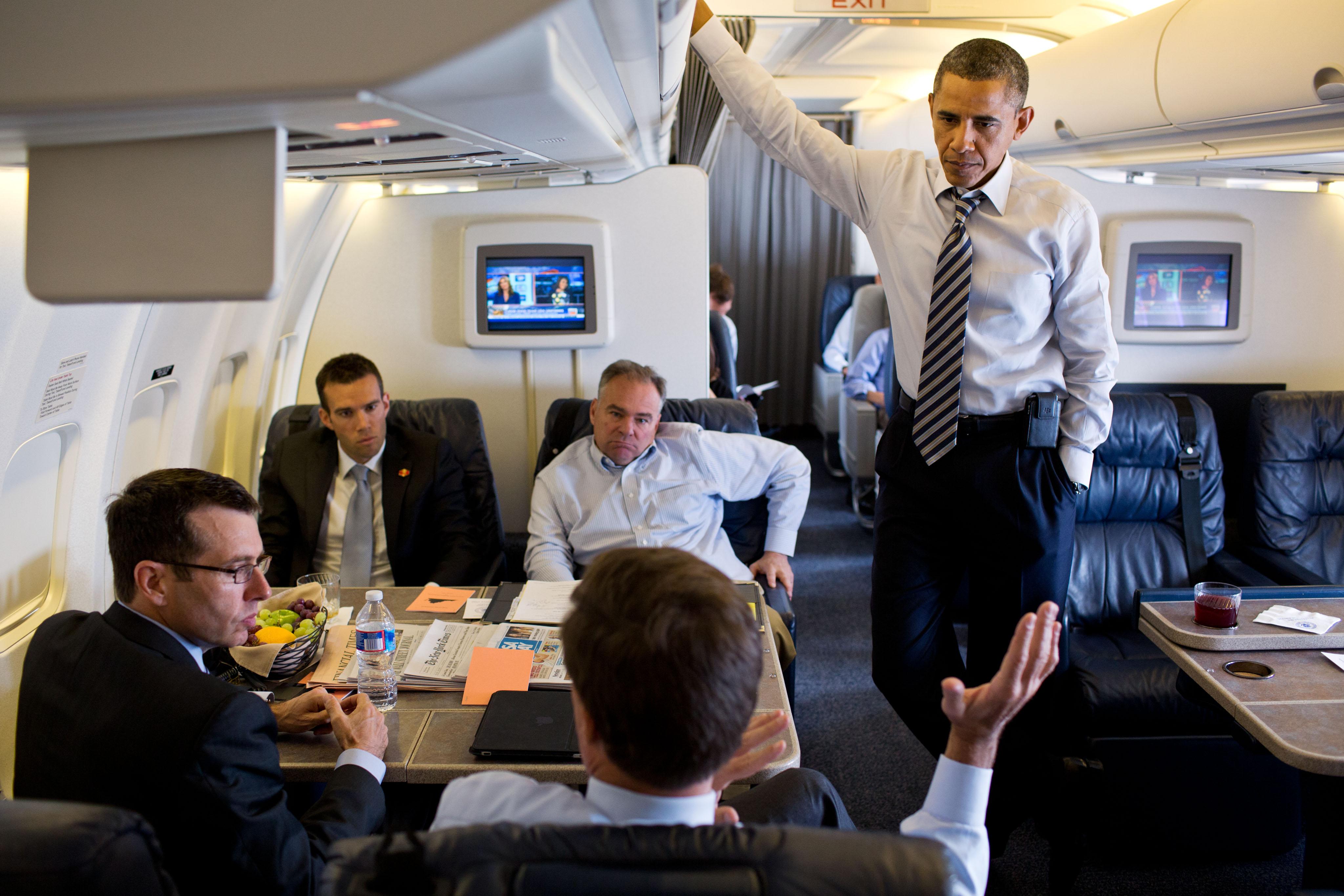 Air Force One is known for having massive amounts of technology onboard. There are 85 onboard telephones, a collection of two-way radios, fax machines, computer connections and 19 televisions. 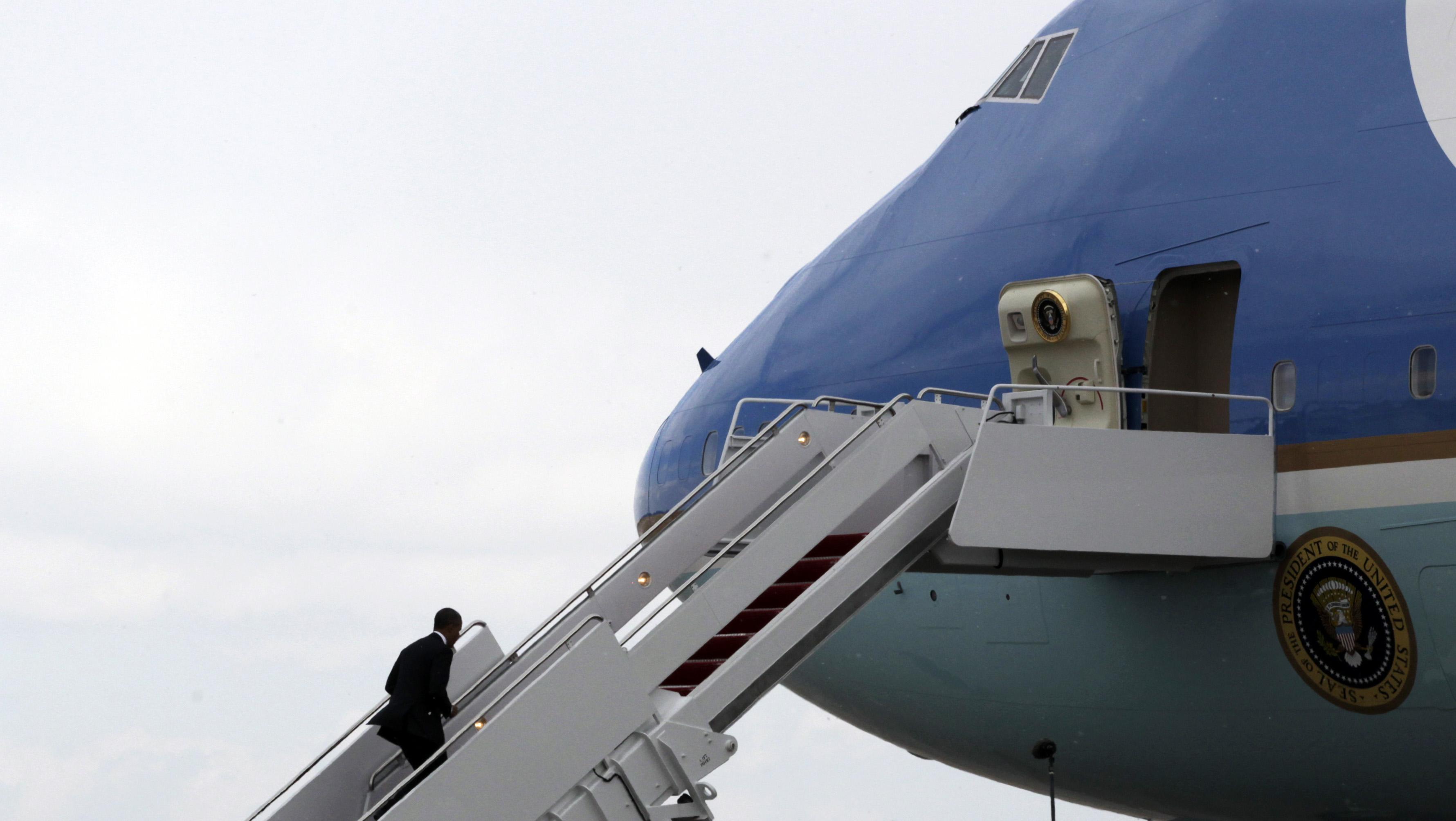 Each aircraft carries 53,611 gal. of fuel and has a gross takeoff weight of 833,000 lb. to enable the aircraft to fly halfway around the world in an emergency situation. The aircraft also can be refueled in flight, which gives Air Force One the ability to stay in the air indefinitely.

The two aircraft that regularly fly as “Air Force One” have special equipment and staff to keep the U.S. president flying safely.