What’s New at Oshkosh This Year 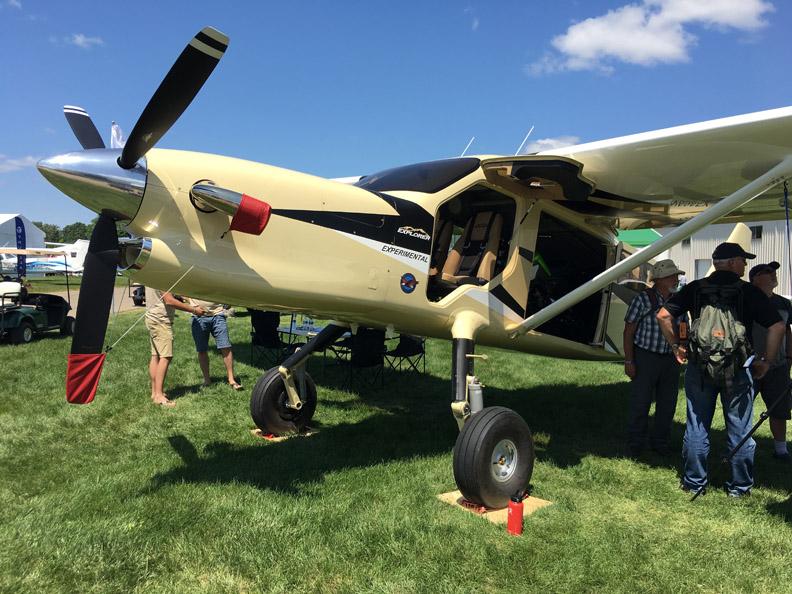 Frank Koinzer, a German airline pilot, spent years dreaming of his ideal airplane. It didn’t exist, so he designed it and built it – and brought it to Oshkosh. The huge Explorer PT6A-27 turboprop-powered bushplane has a max gross weight of 6,400 lb, and max cruise of 190 mph using 36 gals per hour. Stalling speed with flaps down and in landing configuration if 55 mph. Koinzer, who first flew himself to Oshkosh 20 years ago in a Robin lightplane, plans to offer Explorer as a kit. 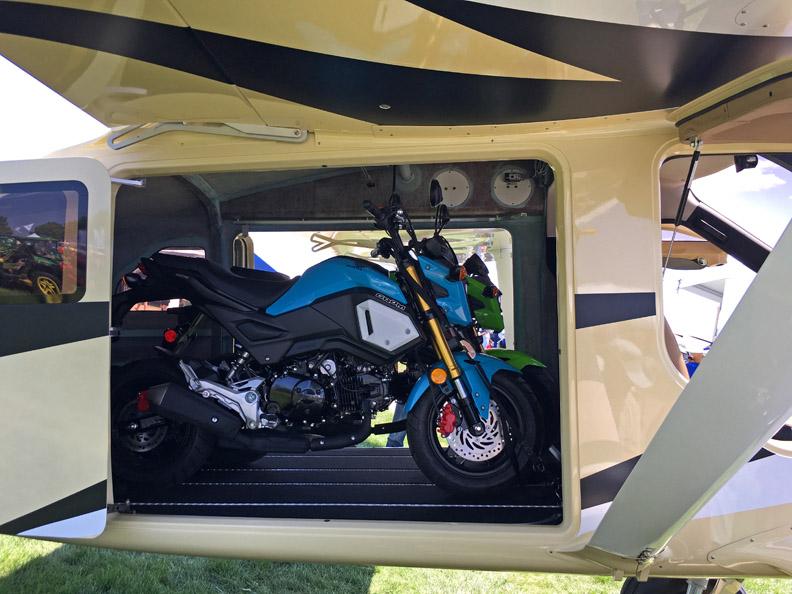 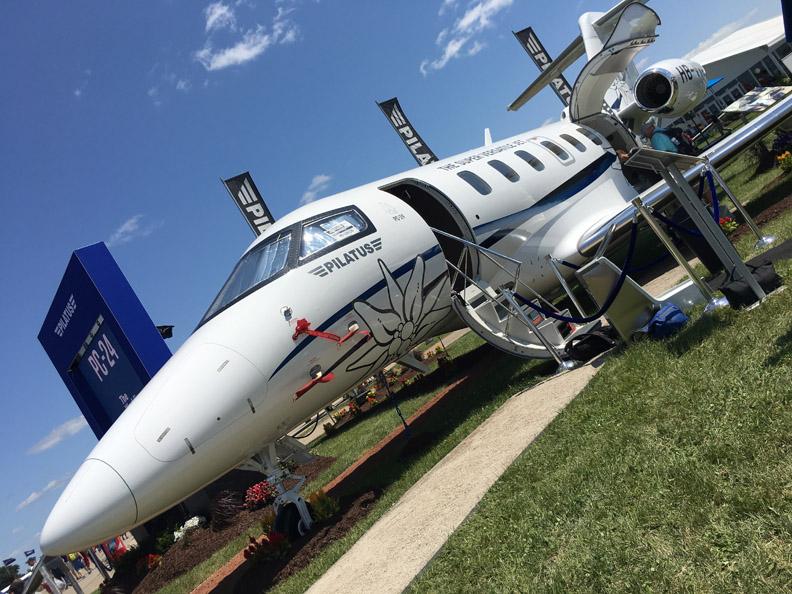 The PC-24 twin-jet business and utility aircraft from Pilatus can accommodate up to 12 persons, including one or two pilots, and features its forebear’s generously sized cargo door and ability to operate from semi-prepared or grass airstrips. Announced in May 2014, it flew for the first time in May 2015 and received its type certificate in December 2017. Production is now in hand for customers including Australia’s Royal Flying Doctor Service and the air forces of Botswana and Switzerland. 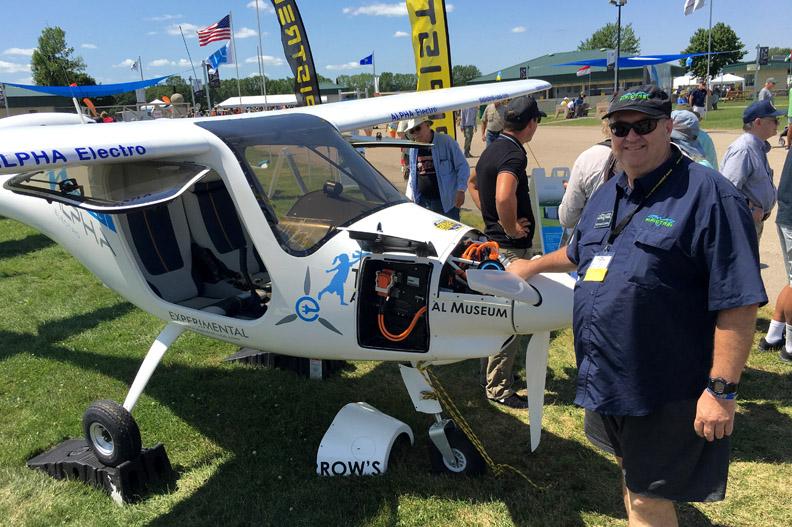 While others make headlines with their plans for electric-powered aviation, Slovenia-based Pipistrel has steadily built a two-year lead in that market and has now placed more than 60 electric aircraft in service around the world since 2017. Its Pipistrel Alpha Electro, on show at AirVenture, lists for $140,000. Pipistrel’s Alpha Electro fleet has logged more than 10,000 hours of flight time, during which very few service issues have arisen, says Pipistrel’s general distributor for the USA Michael Coates. 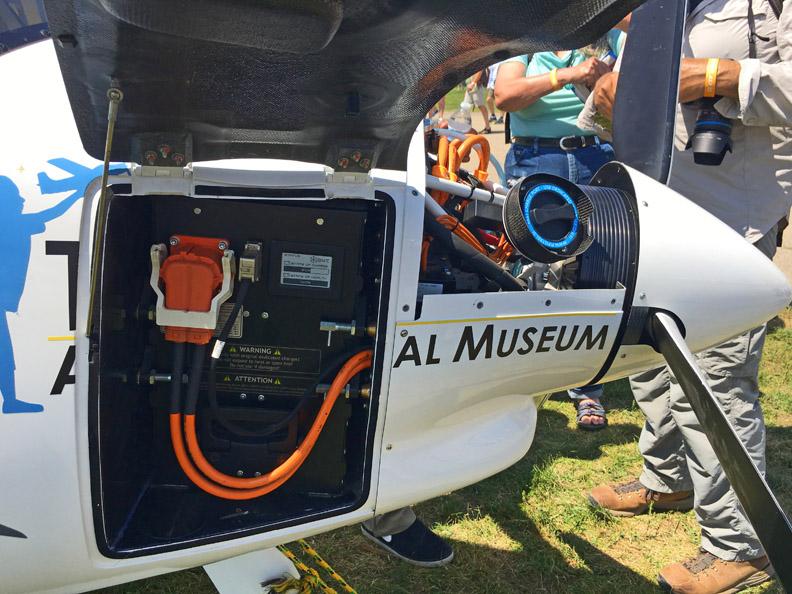 Pipistrel plans soon to improve its Alpha Electro battery-powered two-seater by reducing recharge time to 30 minutes from 45 minutes after a one-hour flight. 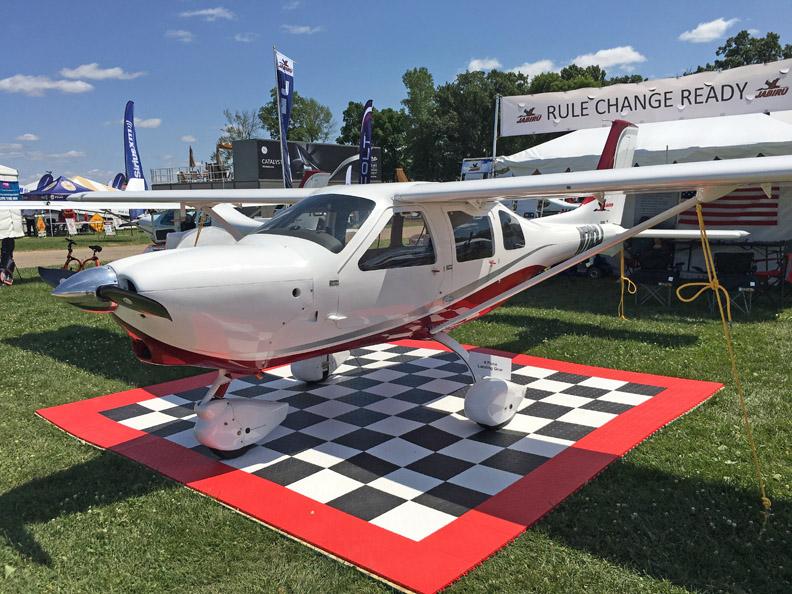 Australia’s Jabiru stands ready for the FAA to increase the gross weight of LSA aircraft to allow four-seaters in that category, although no-one yet knows when that change will be made. Meanwhile its flagship J230-D, made into a two-seater by the removal of two rear seats, qualifies here as an S-LSA or LSA. 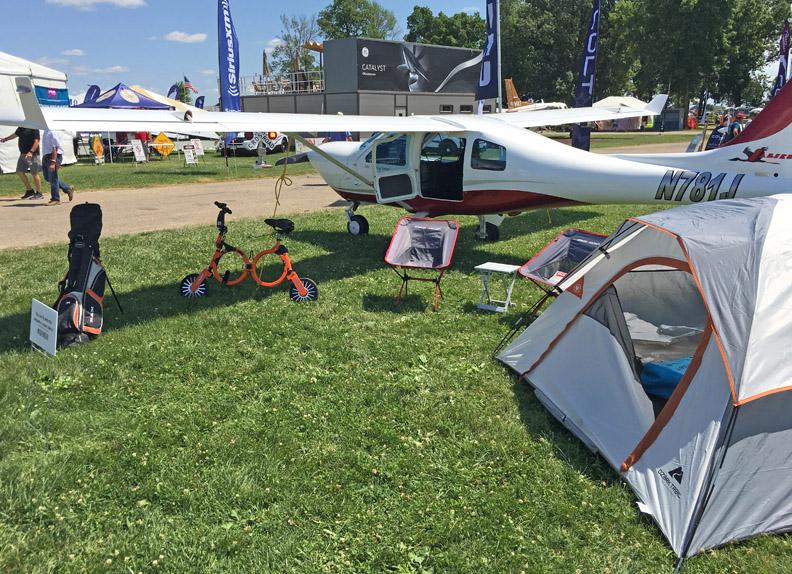 If You Can Fit It In, It’ll Fly

Without rear seats the Jabiru J230-D can carry a load of camping equipment and a set of golf clubs, supplied for the show by nearby exhibitor Spencer Aircraft. 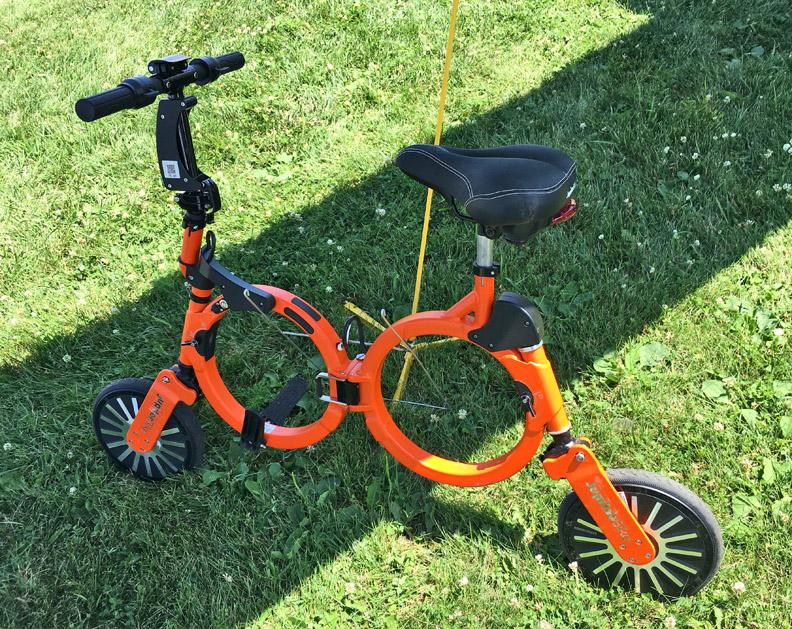 At Sevens and Eights

The figure-8-shaped foldable electric bike by Florida-based Jupiter was lent to Jabiru for the show by nearby Spencer Aircraft. The bike’s battery and motors are in the wheels; it can travel up to 10 miles at up to 15 mph. Price varies, but it can be found online for around $800. Folded weight is about 25 lb. 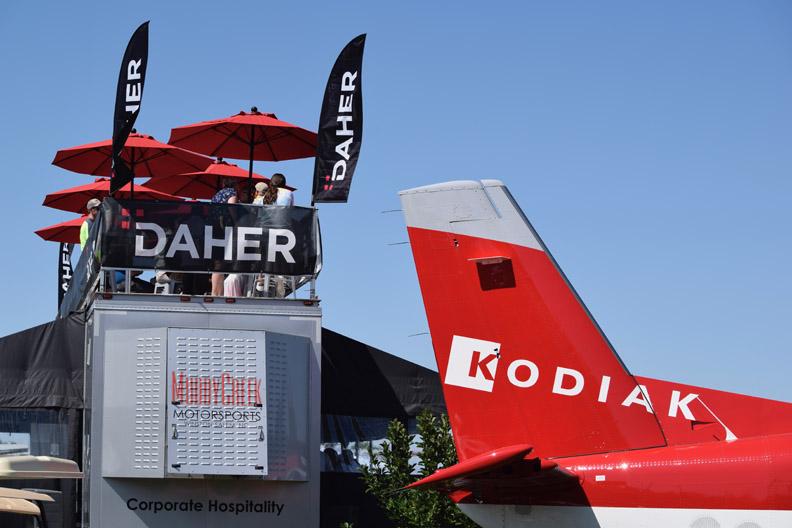 French company Daher (as in the TBM series of business turboprops) last month announced its purchase of Idaho-based Quest, maker of the Kodiak utility aircraft, although there are no known plans to move the production line. Almost 300 Quest Kodiaks have been delivered to operators in more than 20 countries – notably including China – for passenger transport, light freight and sport-parachuting use. Daher believes both companies can benefit from each others’ experience in customer support and complementary markets. 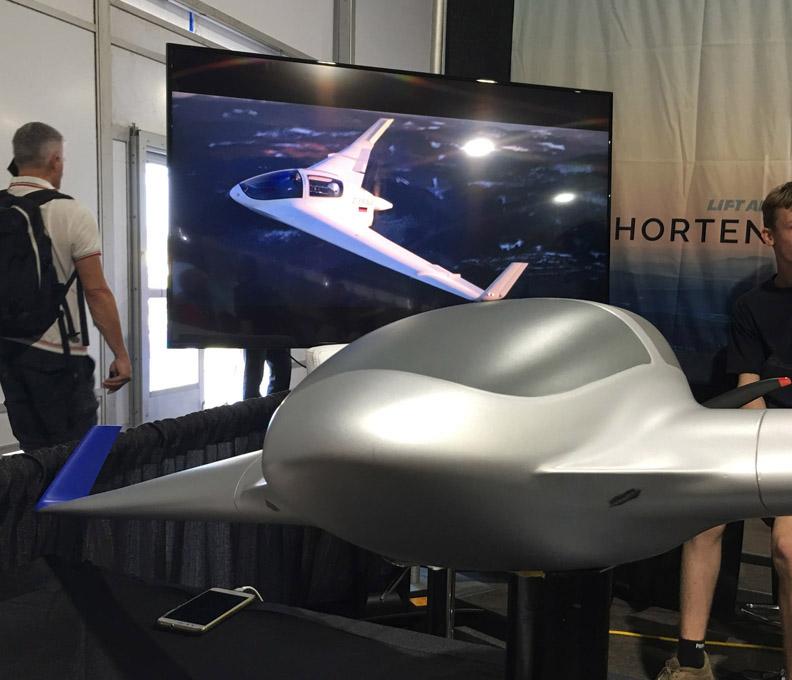 On a Wing and a Prayer

Seen here for the first time is the concept for a tailless flying wing modeled after the 1930s designs of the Horten brothers. The HX-2 is a two-seat light aircraft developed by Germany’s Horten Aircraft, a startup named after Riemar Horten, who in the 1930s and 1940s led the design of a series of tailless flying-wing aircraft ranging from research gliders to the Ho-229 prototype jet-powered fighter. Now in flight test, the prototype HX-2 is 10 m (32.8 ft.) in span and 4.5 m long. A 100-hp Rotax 912iS piston engine drives a pusher propeller mounted behind a side-by-side two-seat cockpit. There is no tail, but the winglets have rudders. The aircraft has retractable gear and a BRS airframe recovery parachute.

AirVenture is a showcase for the latest in aviation products, new ideas or new company alliances, from pilot supplies to flying wings. Here are just a few of this year’s stand-outs.