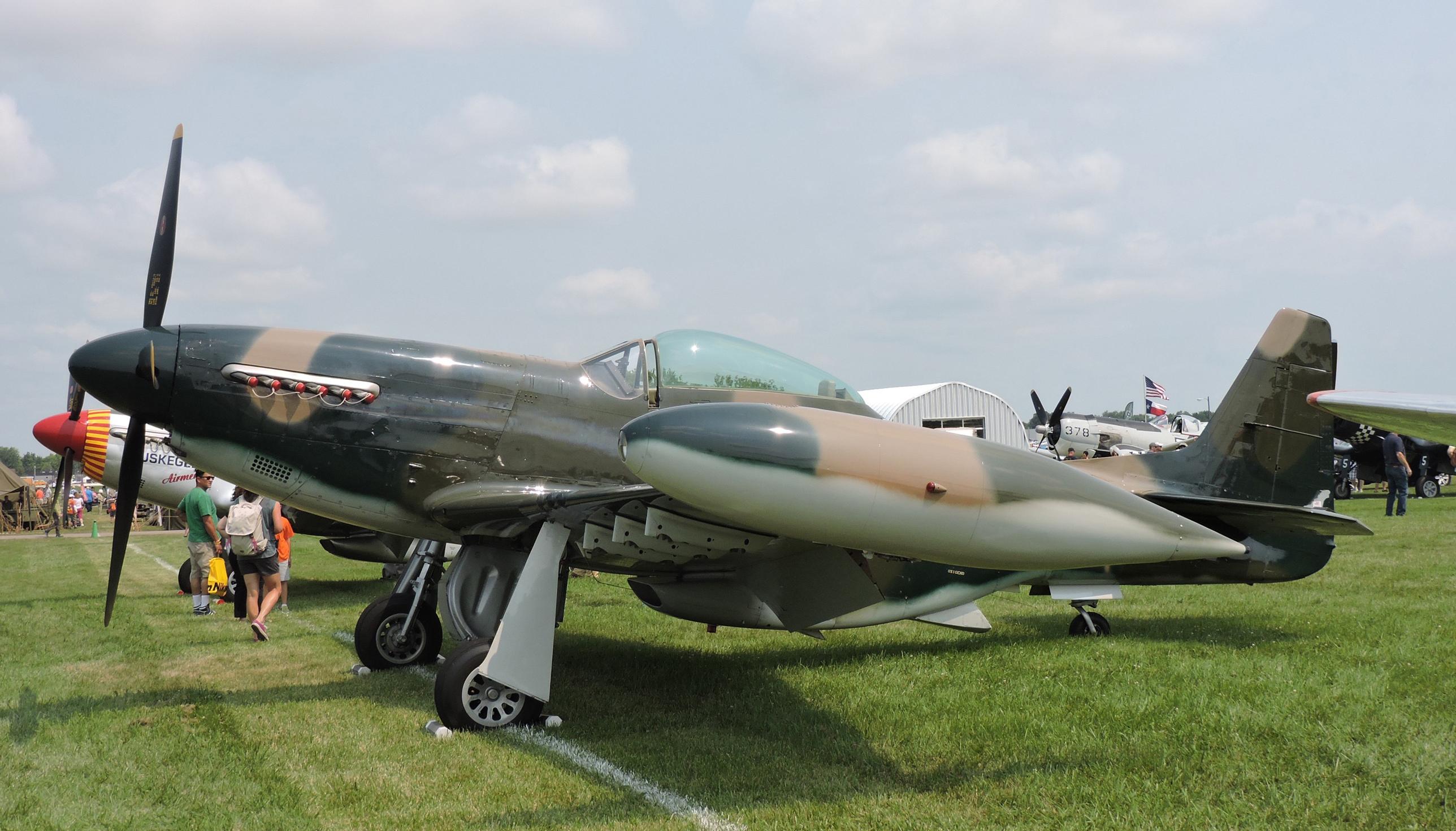 Three different companies bought up surplus P-51Ds, broke them down into components and rebuilt them into Cavalier F-51Ds. This example (NL51DL) was remanufactured in 1967 and is painted in the colors Cavaliers used in the El Salvador air force. 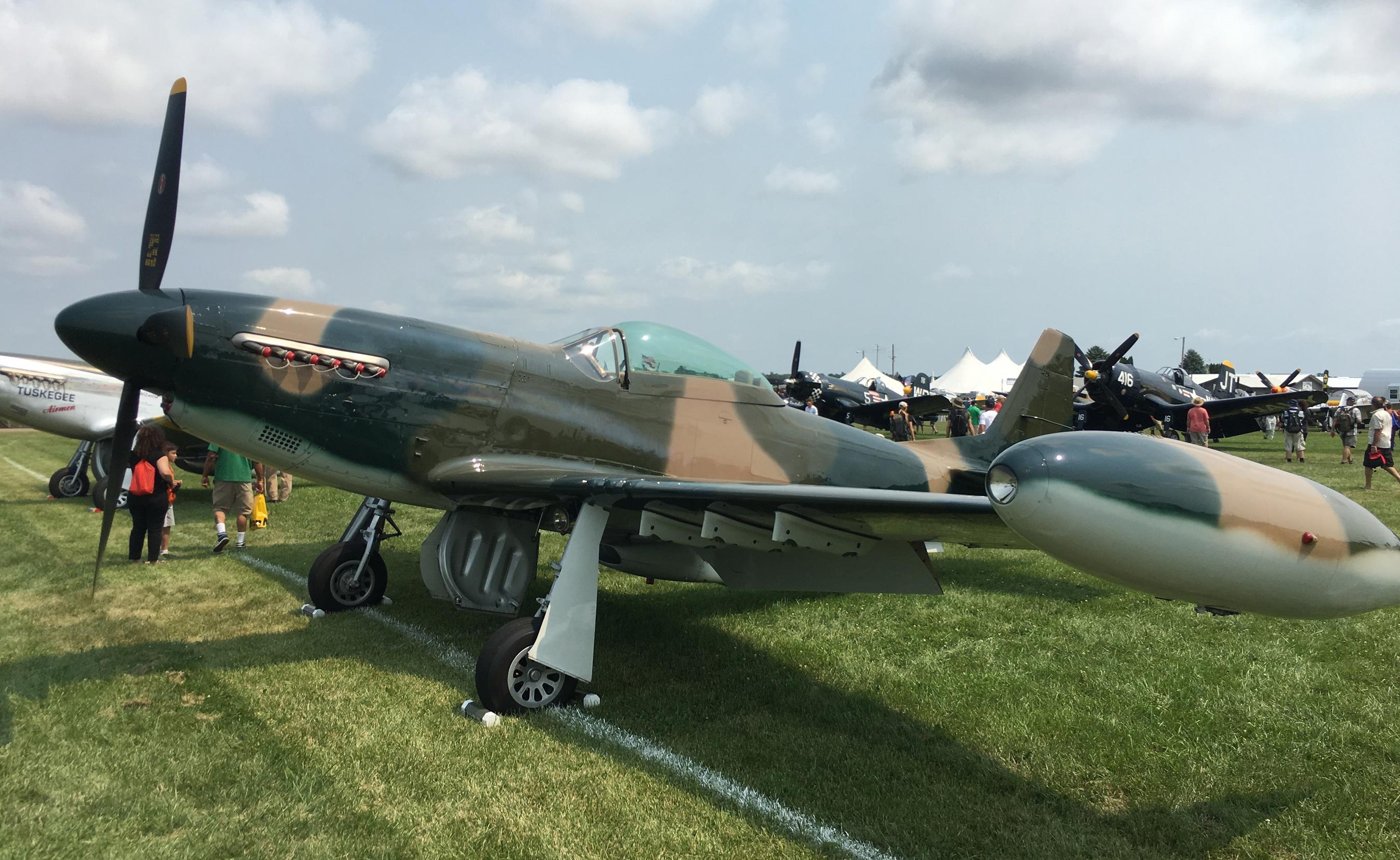 Longer Time in the Saddle

A feature of Cavalier Mustangs was the addition of wingtip fuel tanks to provide a range of up to 2,000 mi. 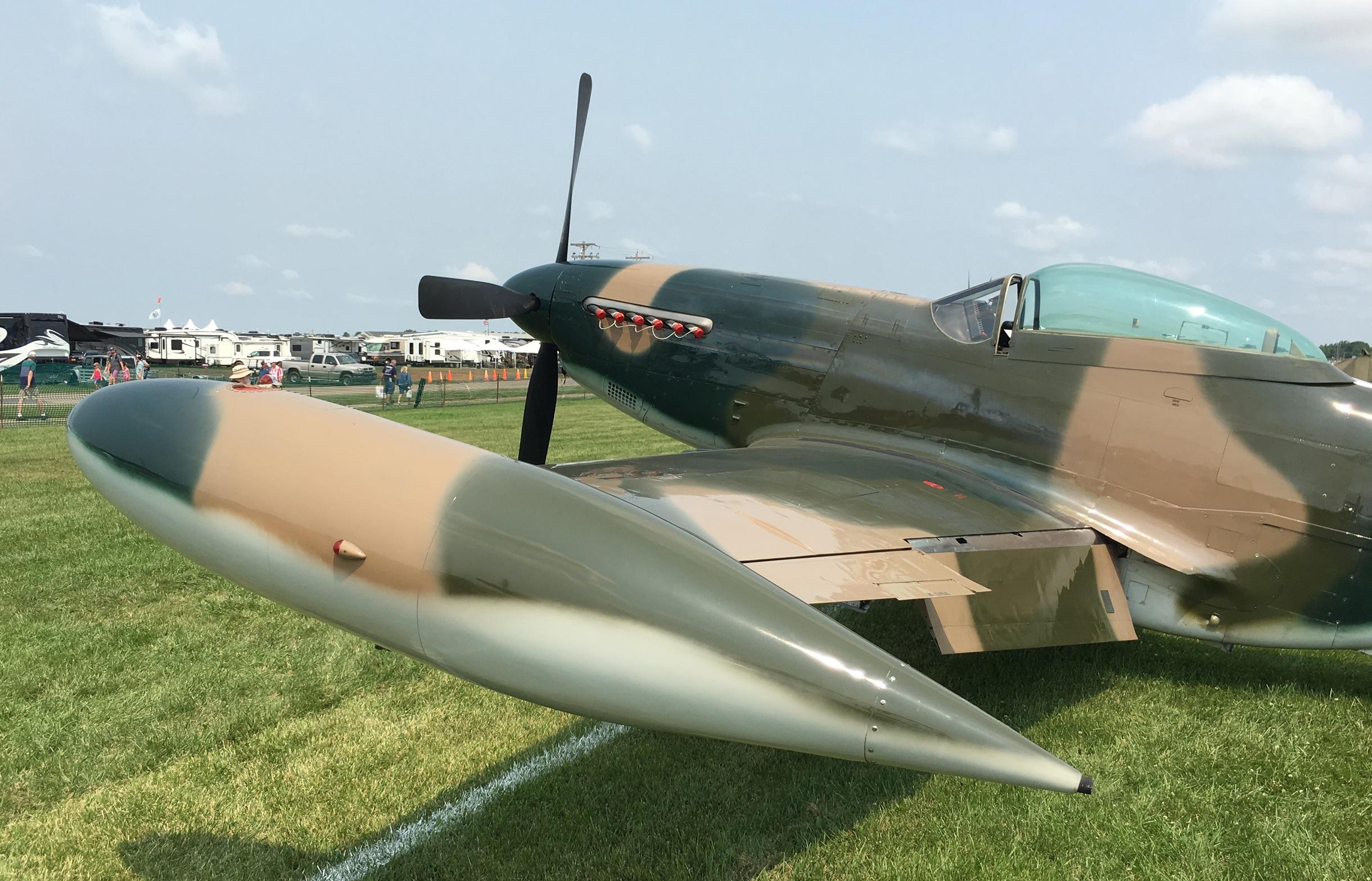 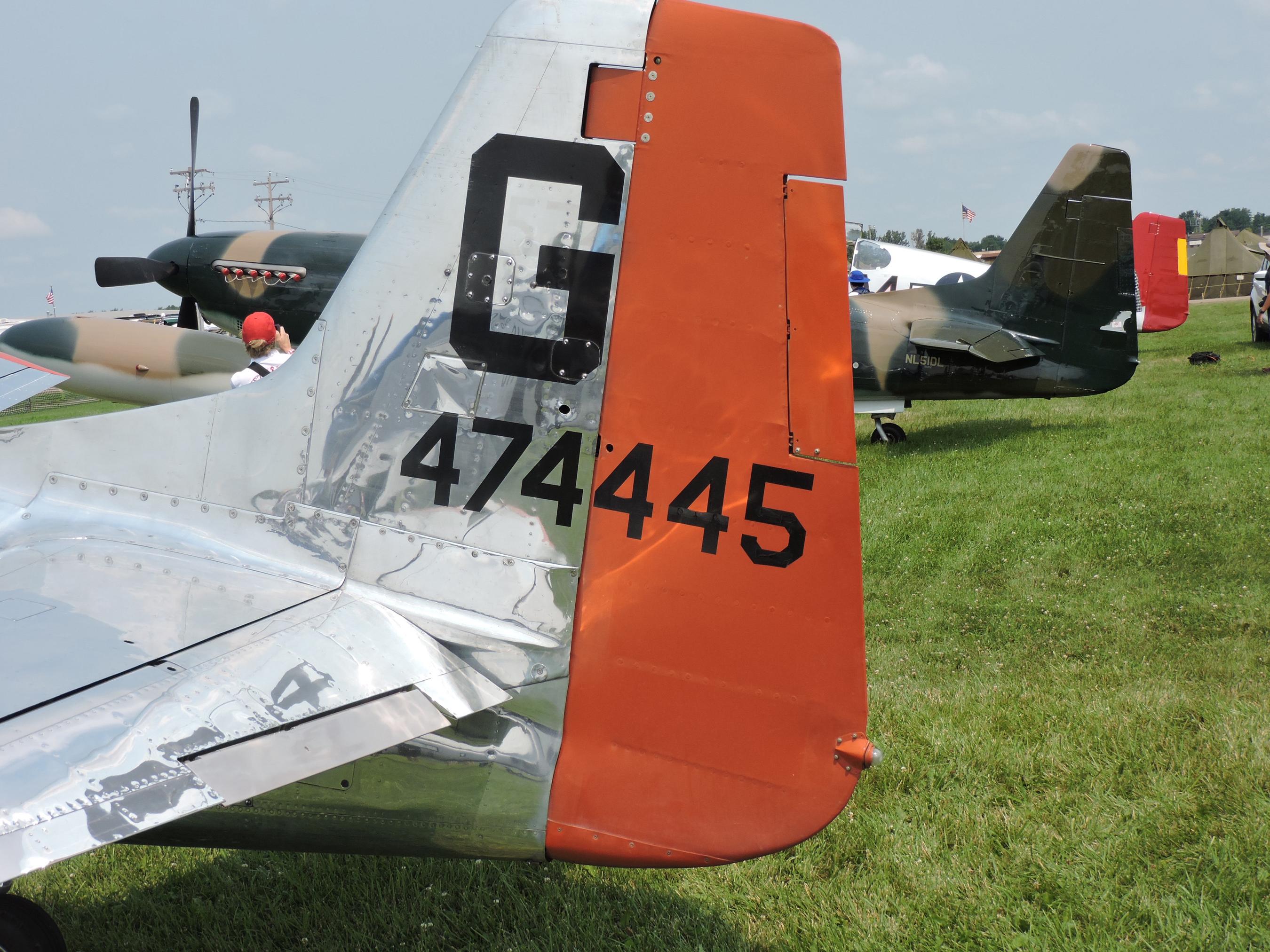 The Cavalier F-51D features a taller tail than did the stock P-51D, in this case, “Pecos Bill.” 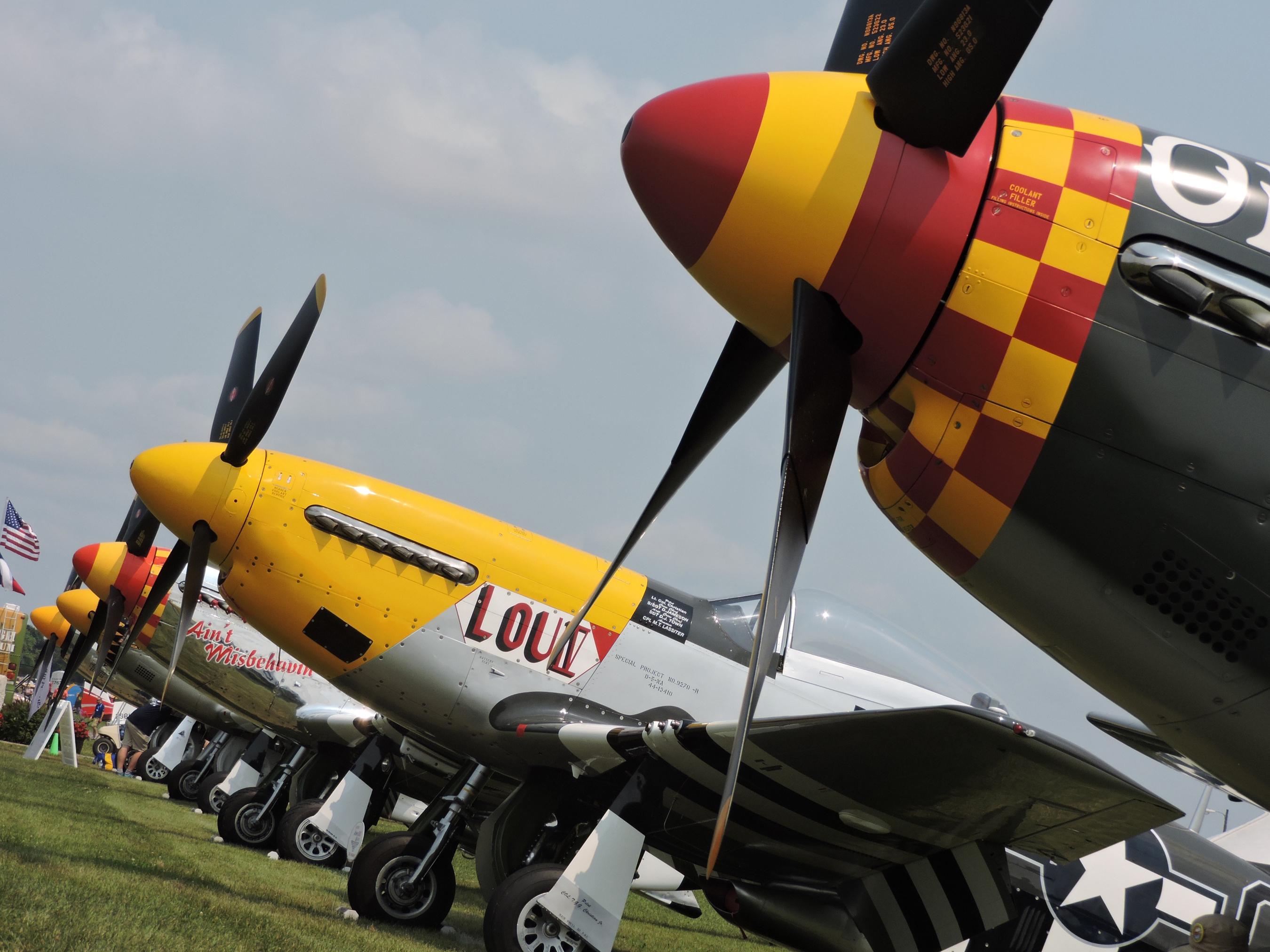 P-51s often would wear their unit colors as well as individual names and nose art. 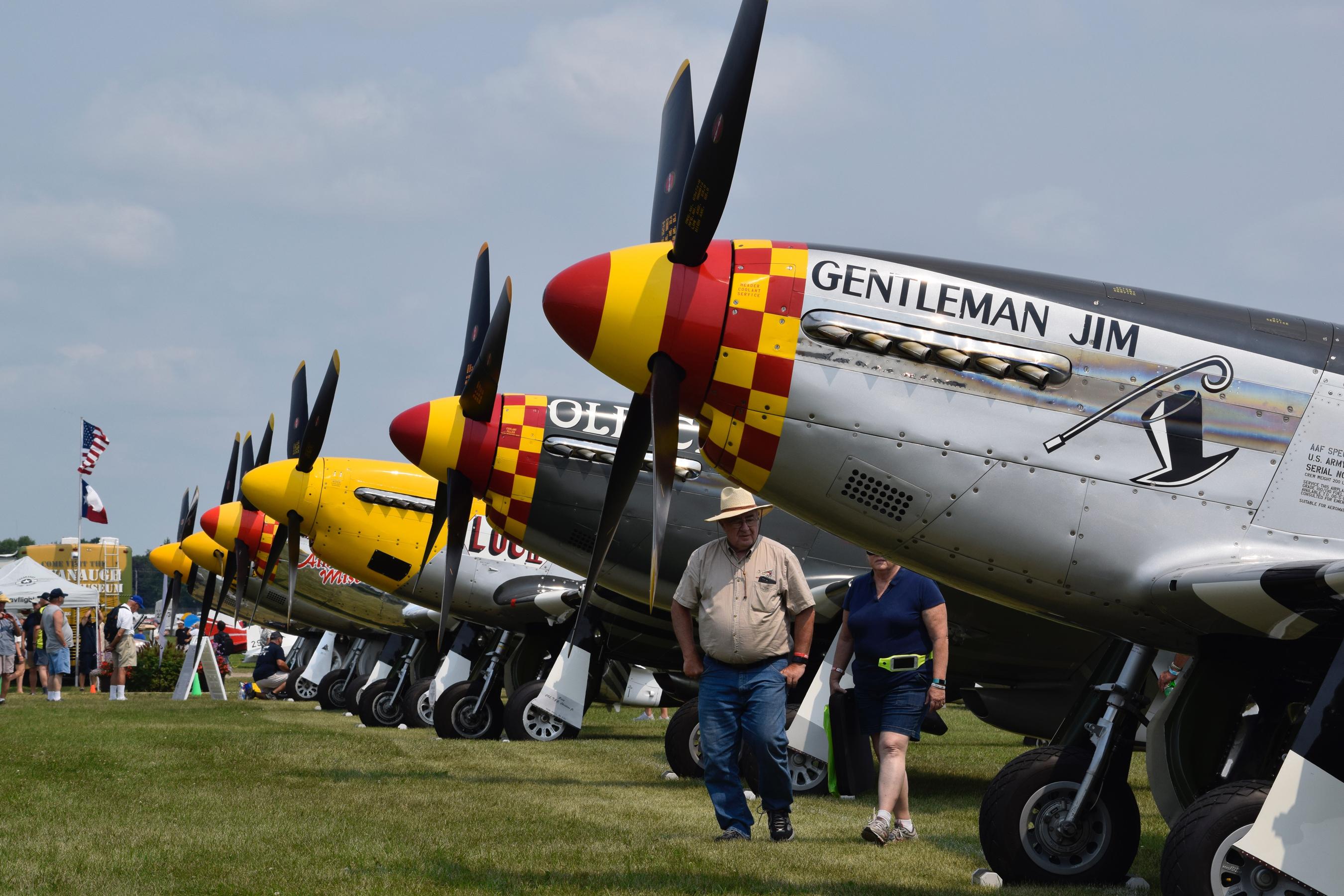 One never tires of the ever-changing lineups of P-51s as they come and go. 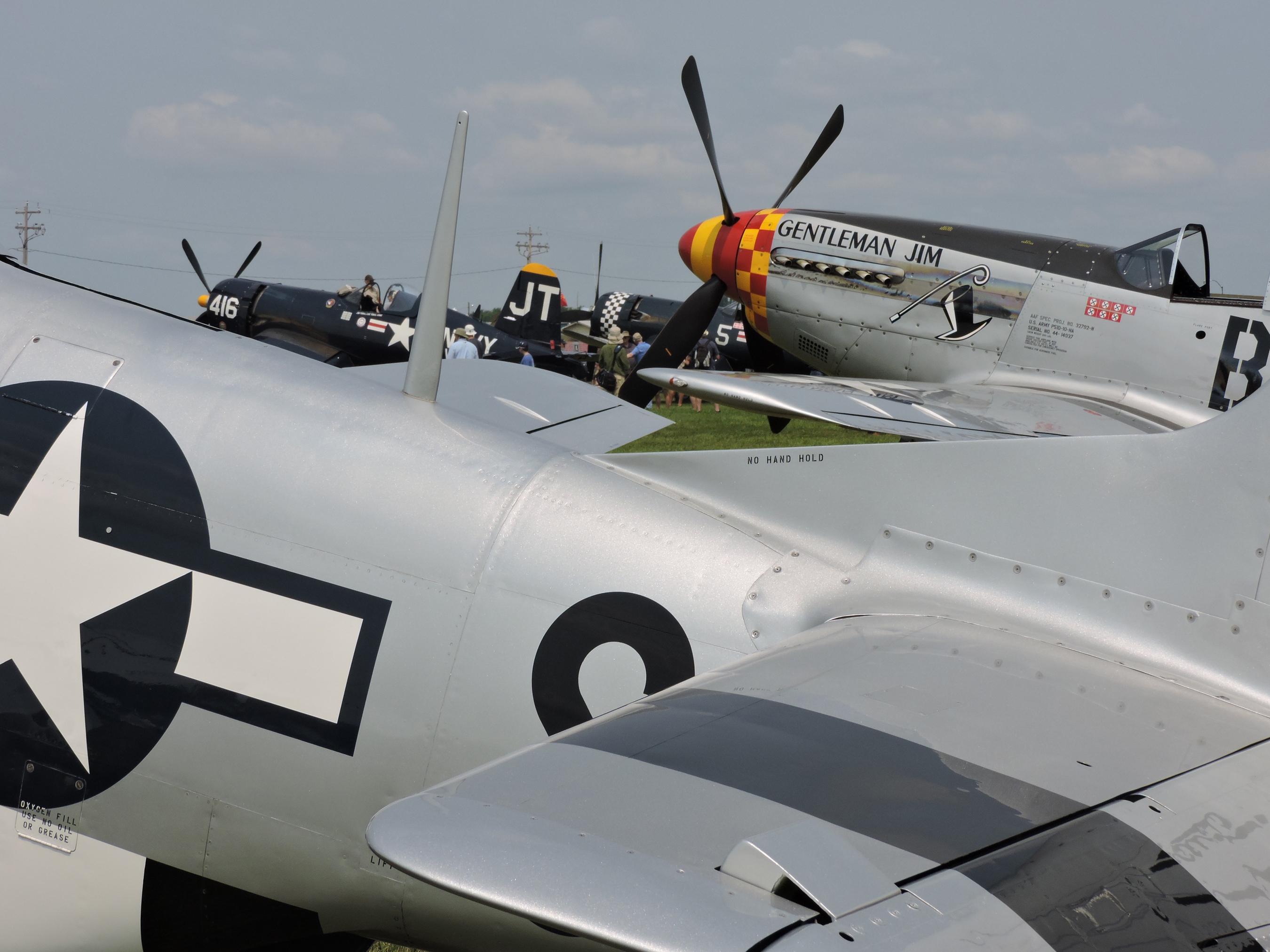 P-51s frame a pair of Corsairs. 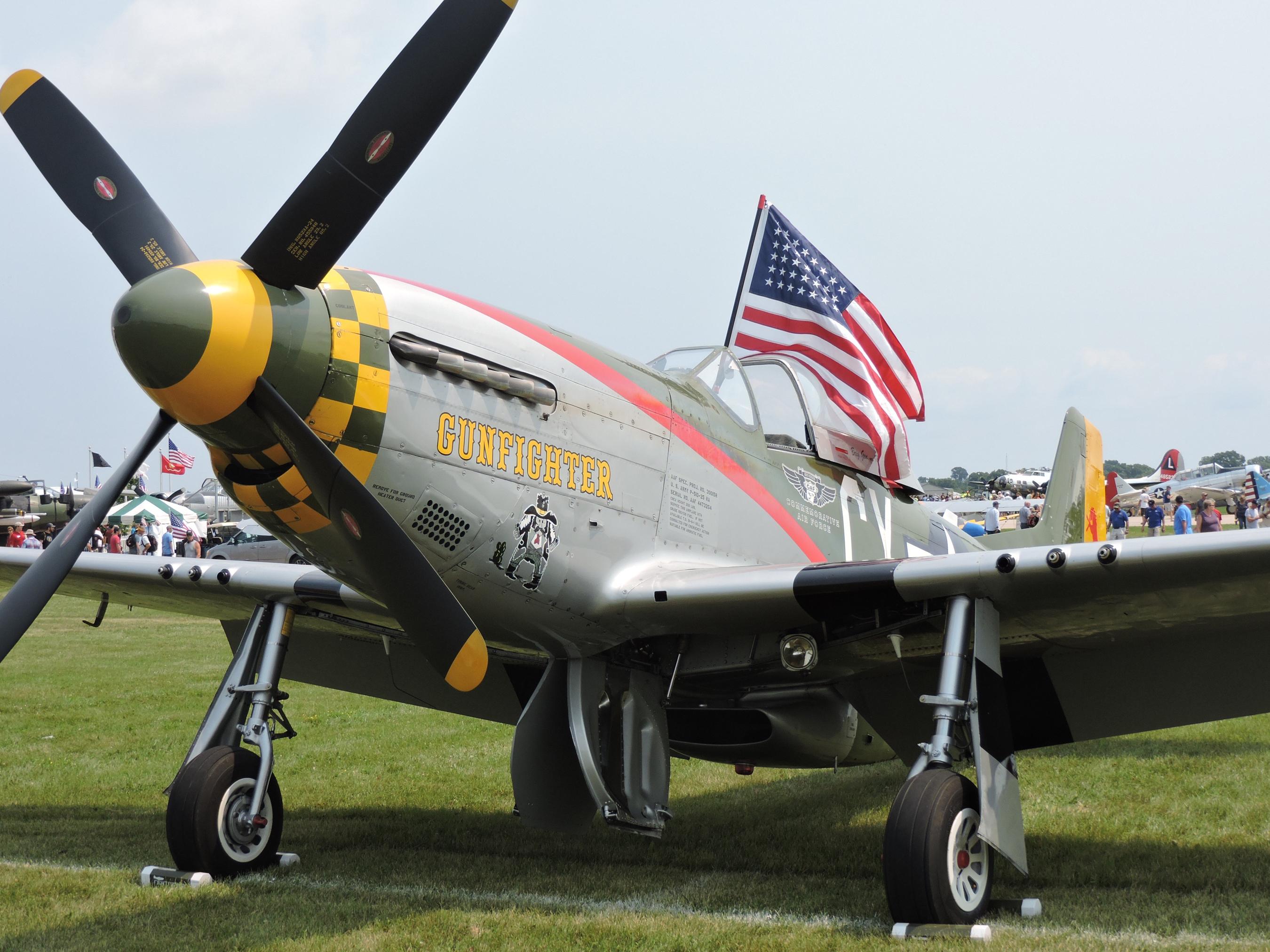 Proud To Be American

“Gunfighter,” P-51D SN 44-73264, has been attending air shows and giving rides for more than 40 years—or more than half its flying life. Assigned in 1945 to the famous UK Mighty Eighth Air Force, it is now operated by the Commemorative Air Force. 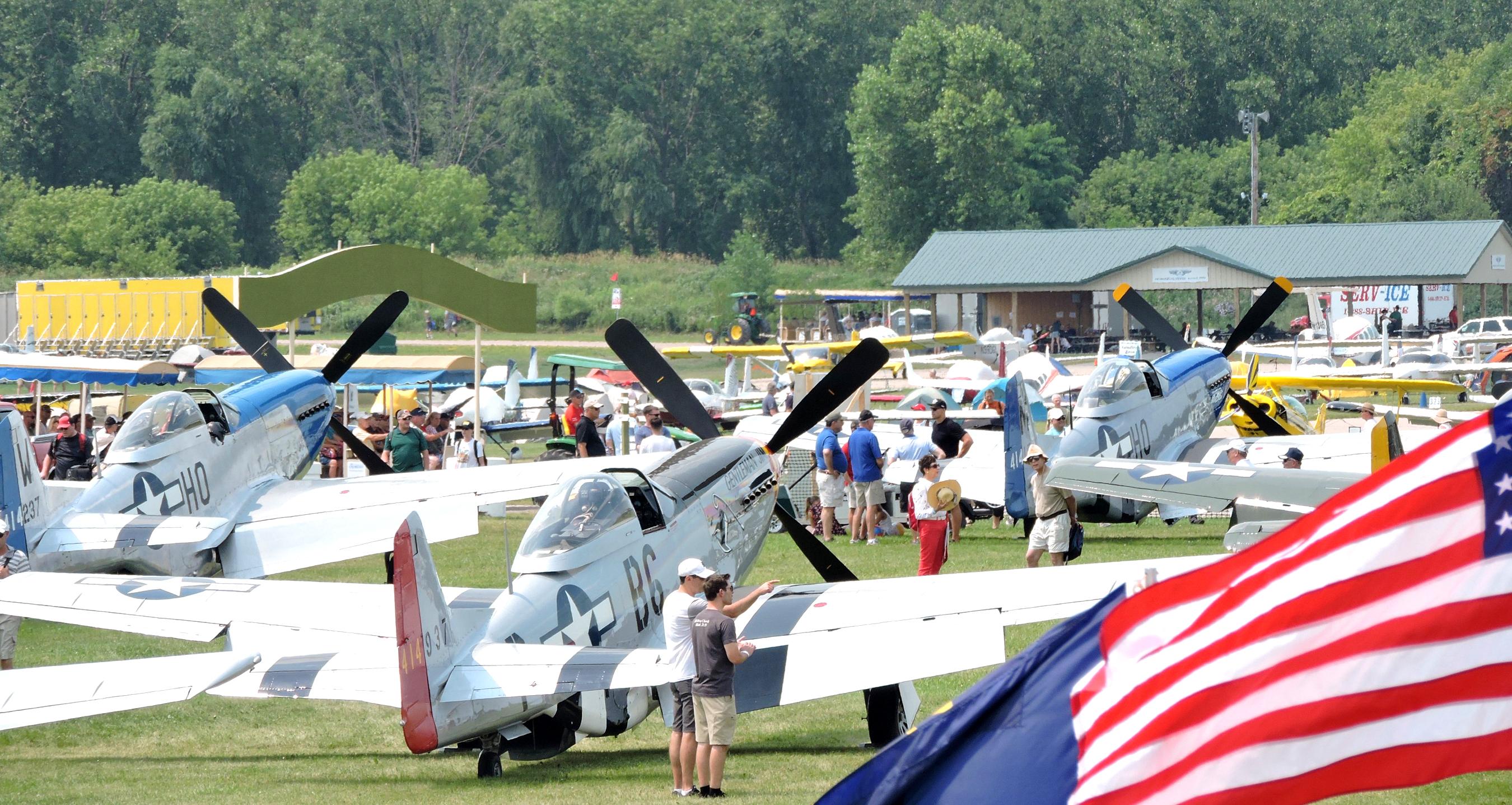 A Stampede of Mustangs

Is a gathering of Mustangs a stampede? With many owners and restorers painting their aircraft to represent those that served in World War II, there are enough of some renditions to reach squadron strength despite a going price of around $2 million each. 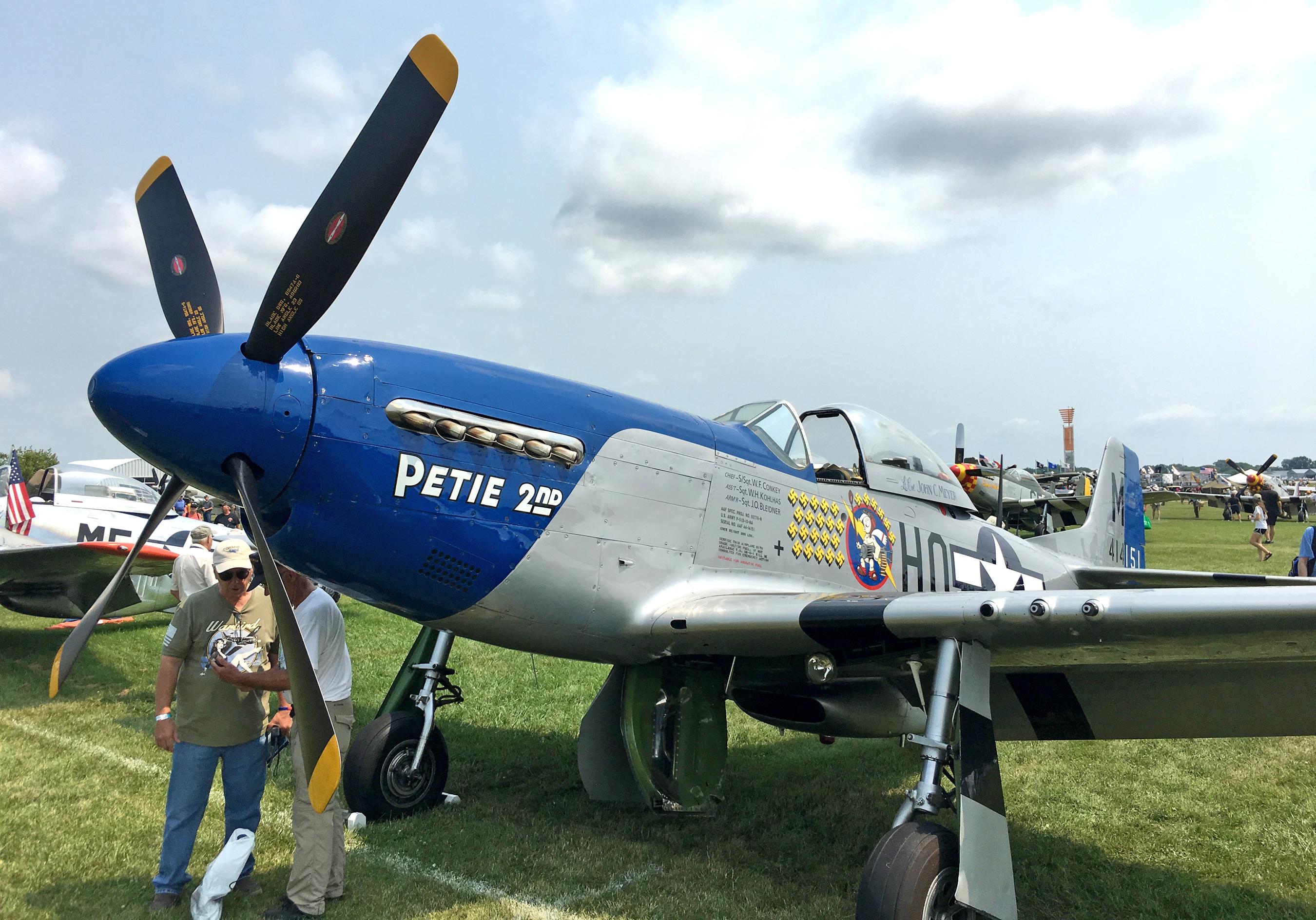 This aircraft served with the 12th Air Force at the end of World War II. Nowadays, it is a regular visitor to EAA AirVenture and other air shows.

America’s iconic World War II Mustangs flock to Oshkosh every year, and it is not unusual to see 25 or so packed together in the warbirds parking area. Each gathering brings out one or two new restorations, or older aircraft whose new owners have repainted them in the colors of their favorite aces. There are plenty of color schemes to choose from, as P-51s in the European theater gradually saw their drab olive camouflage replaced first with splashes of color and individual nose art, and later were stripped down to bare metal as they gained the upper hand in enemy skies.

P-51s of various models can be seen here, from the early “cabin” version to the ubiquitous bubble-canopied P-51D. This year's show even brought out a post-war Cavalier Mustang—originally a conversion of the fighter into a fast, two-seat civil transport, but it was not long before the aircraft found its way back into military service in Central America.