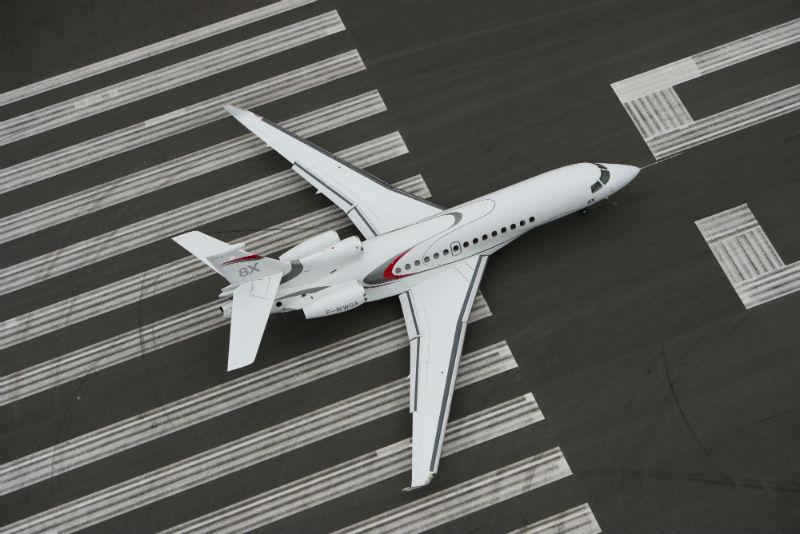 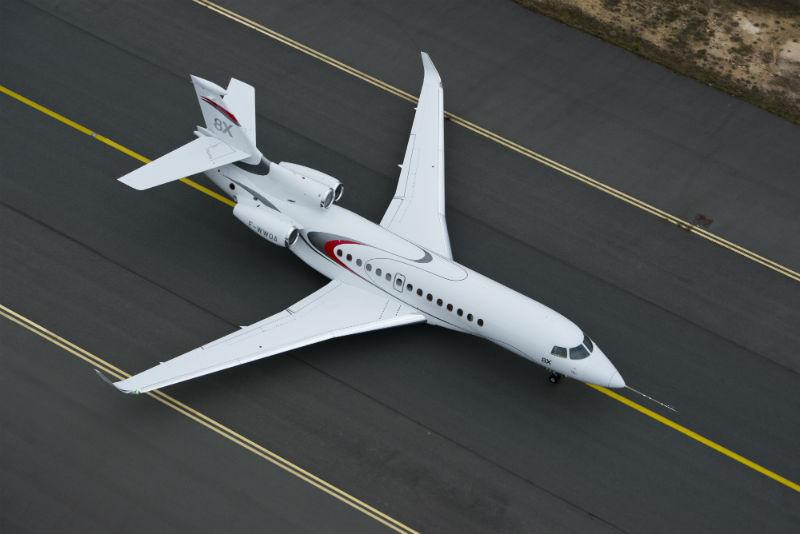 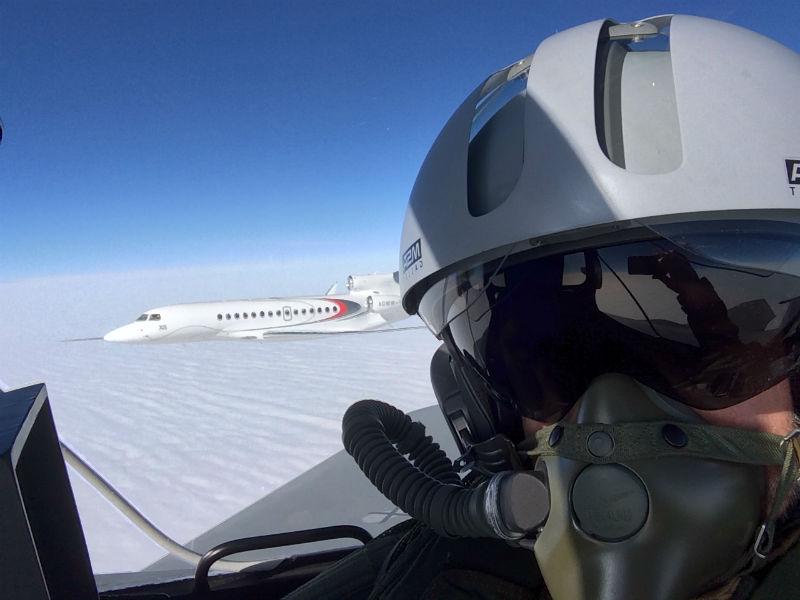 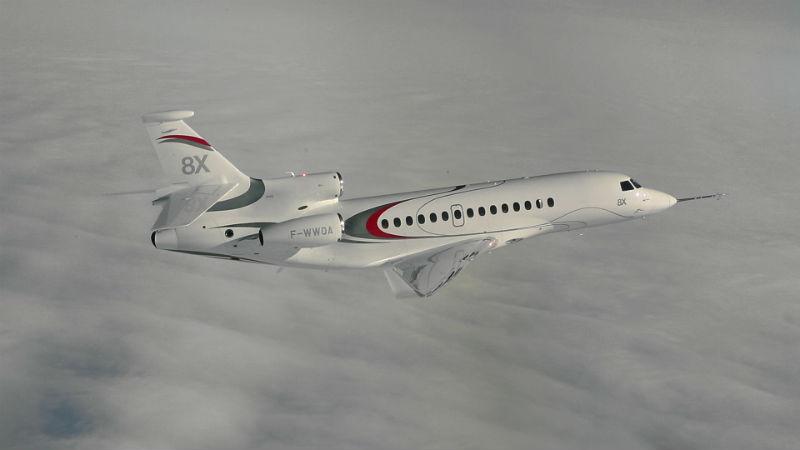 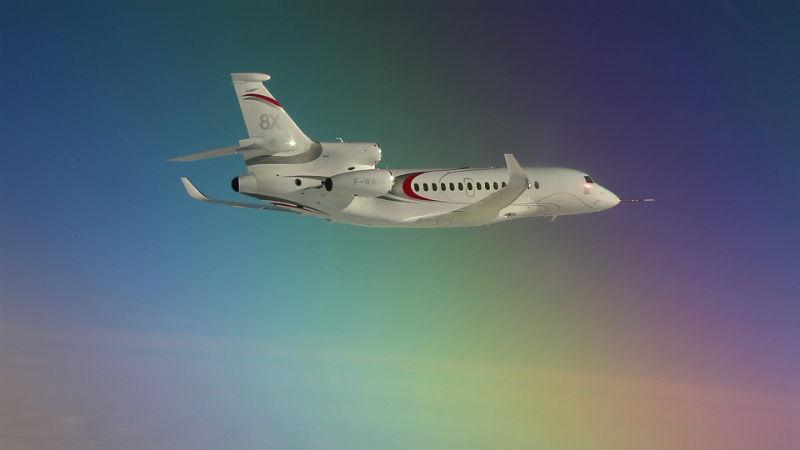 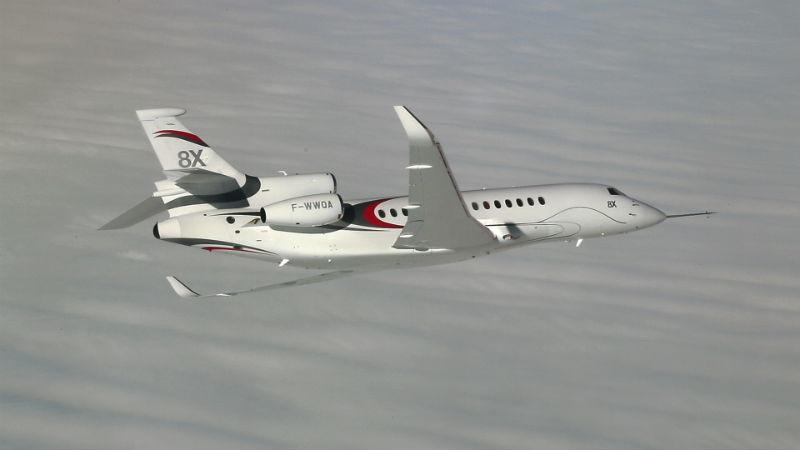 <p class="p1">Dassault&rsquo;s newest Falcon jet, the three-engine 8X, performed its maiden flight on Feb. 6, 2015, officially kicking off the flight-test campaign a month after its rollout.&nbsp;Here are photos - exclusive to <i>Business &amp; Commercial Aviation</i> - taken from a Dassault Rafale that flanked the 8X during its maiden flight.</p>
<p class="p1">Taking off from Dassault&rsquo;s Bordeaux-Merignac facility in France at 14:00 local, the Falcon 8X, s/n 01, was piloted by Eric G&eacute;rard and Herv&eacute; Laverne. &nbsp;It levelled off at 5,000 ft. and raised its landing gear before beginning flight handling maneuvers and system tests at 15,000 ft. The 8X later climbed to FL400, accelerating to Mach 0.8 before descending to 5,000 ft. for approach and landing at 15:45 local.</p>
<p class="p2">Following the flight, Gerard said the 8X demonstrated excellent handling qualities. &ldquo;We reached each&nbsp;of the performance objectives set for the first mission and, in a few cases, surpassed target goals. I am confident that the remainder of the flight-test program will proceed just as smoothly, and&nbsp;I&nbsp;feel extremely honored to fly such a handsome and well-engineered aircraft.&rdquo;</p>
<p class="p1">During the course of the flight-test campaign, three test aircraft will accumulate a total of 550 flight hours in 200 hr. over 14 months. Certification of the tri-jet is expected in mid-2016.</p>
<p class="p1">First unveiled at Ebace in May 2014, the 8X has the longest range of the Falcon family of jets, 6,450 nm. Powered by Pratt &amp; Whitney Canada PW307D engines,&nbsp;the new top-of-the-line Falcon can fly 6,450 nm at Mach .8 with eight passengers and three crew. It&rsquo;s priced at approximately $58 million.</p>