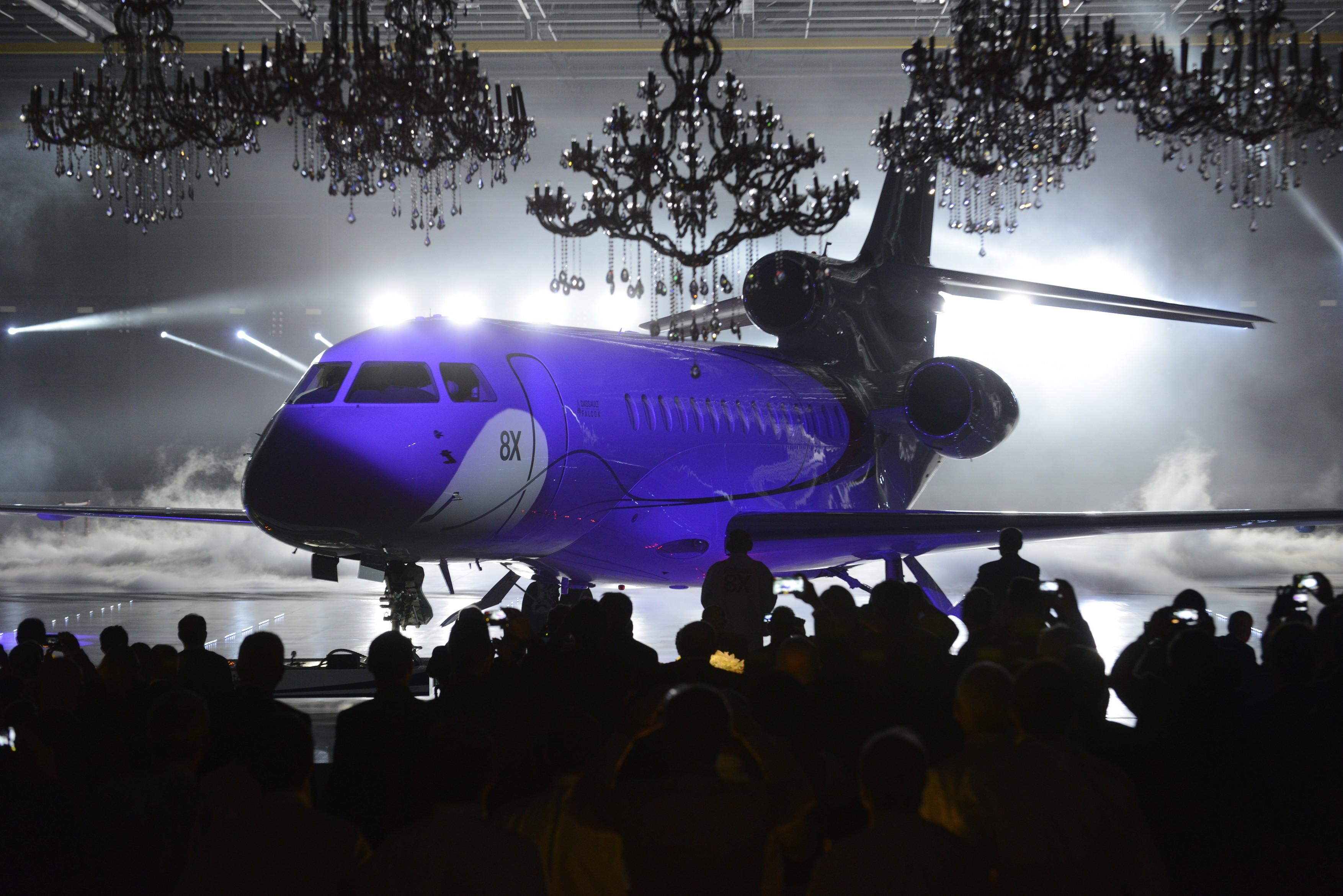 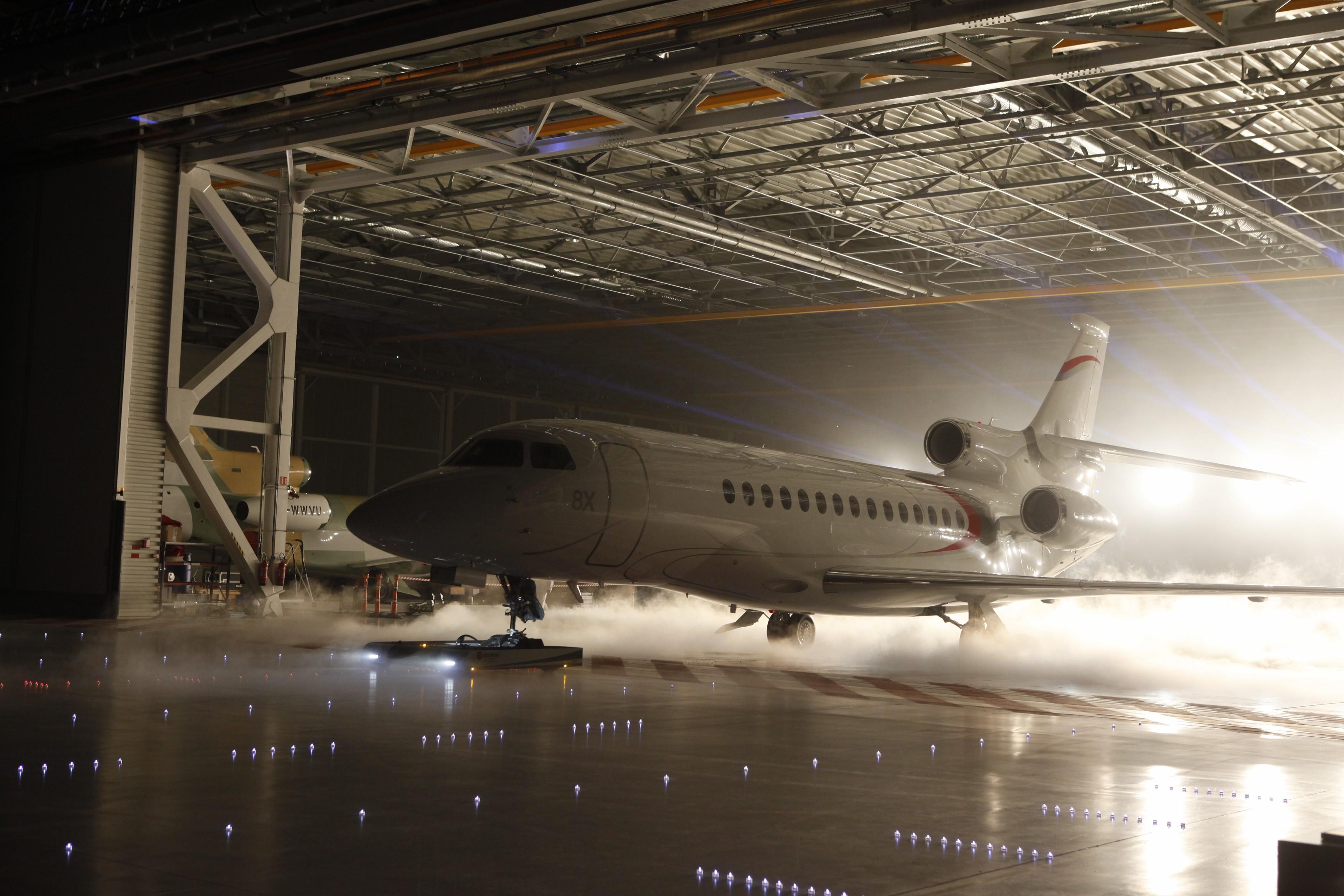 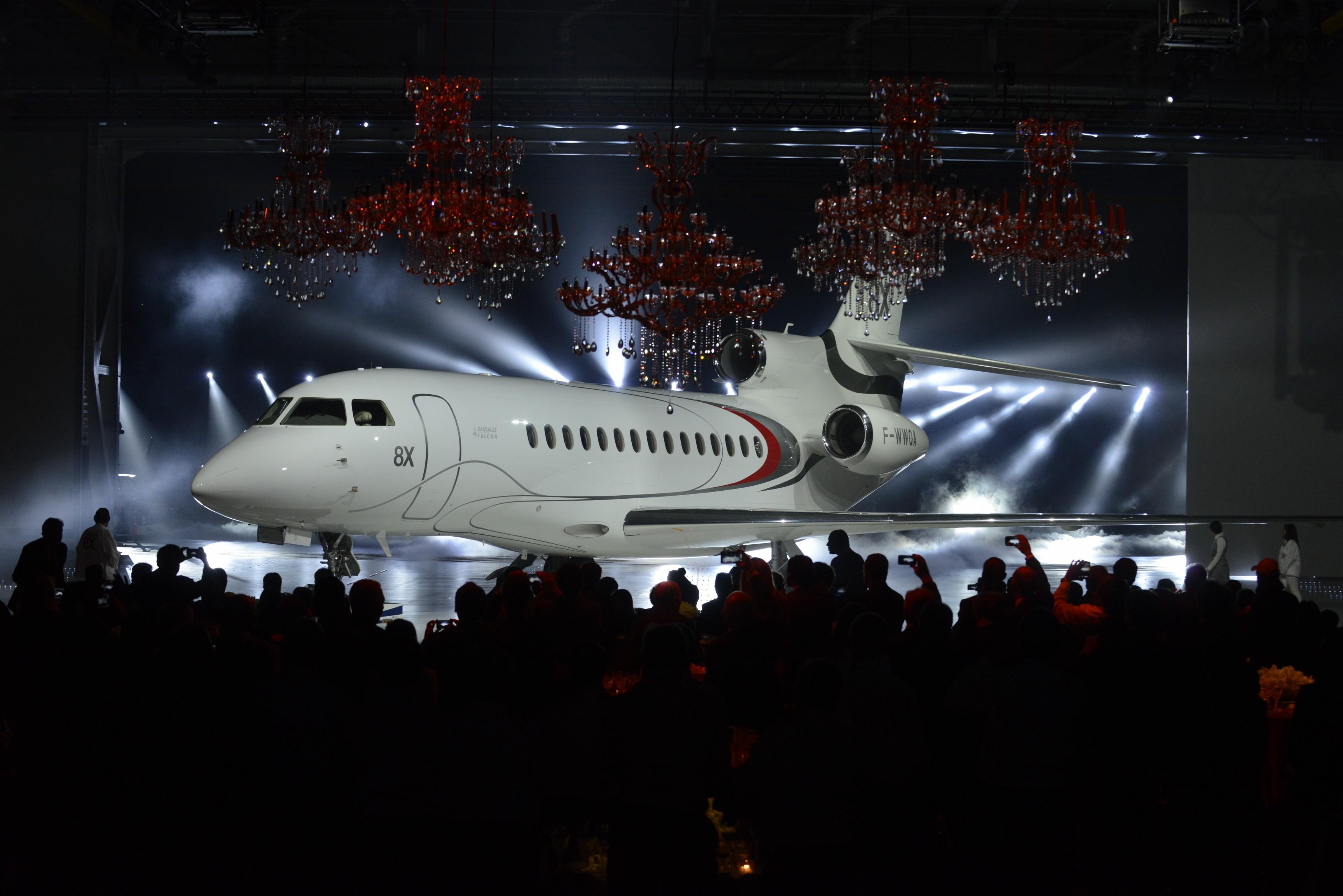 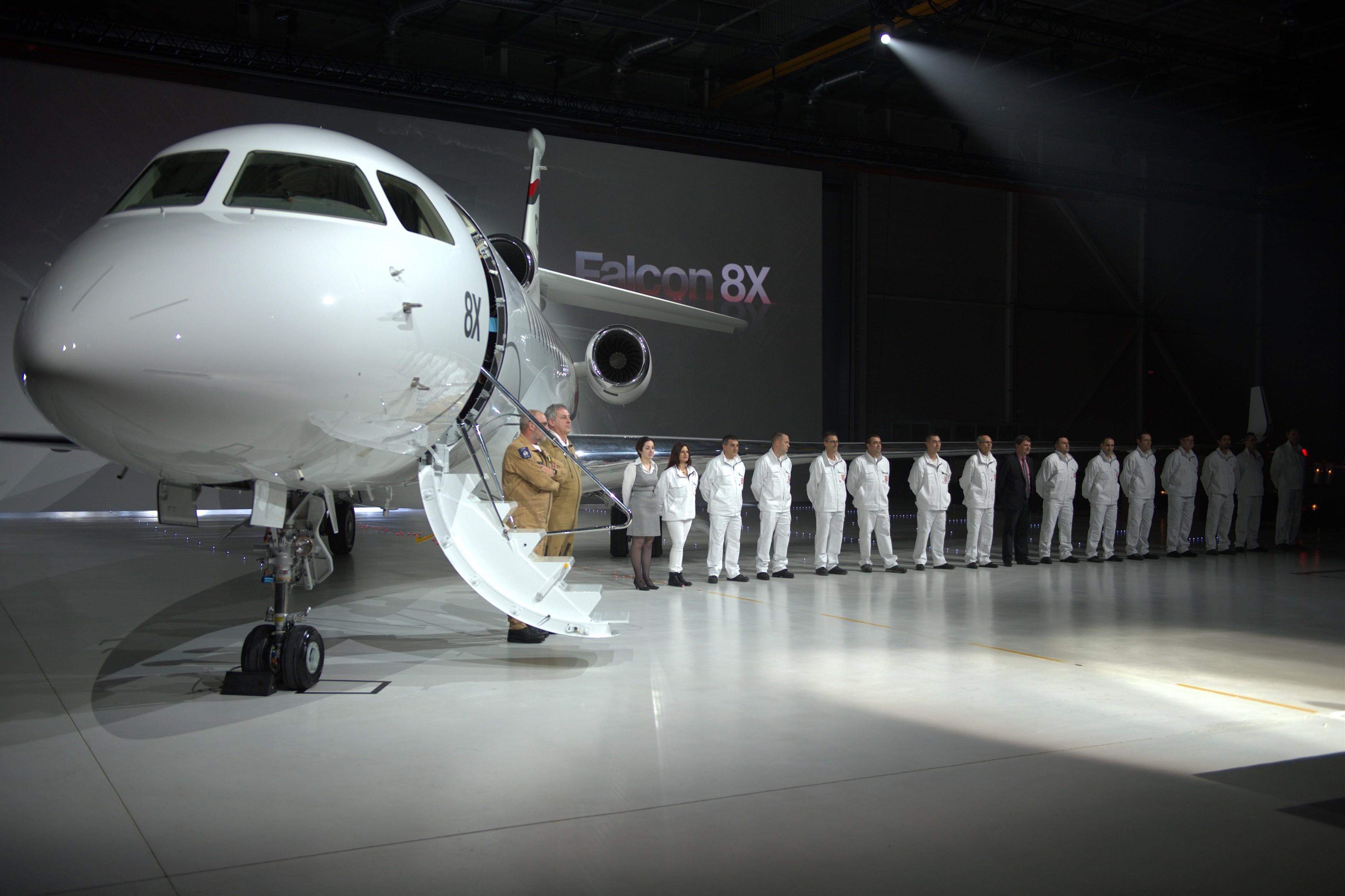 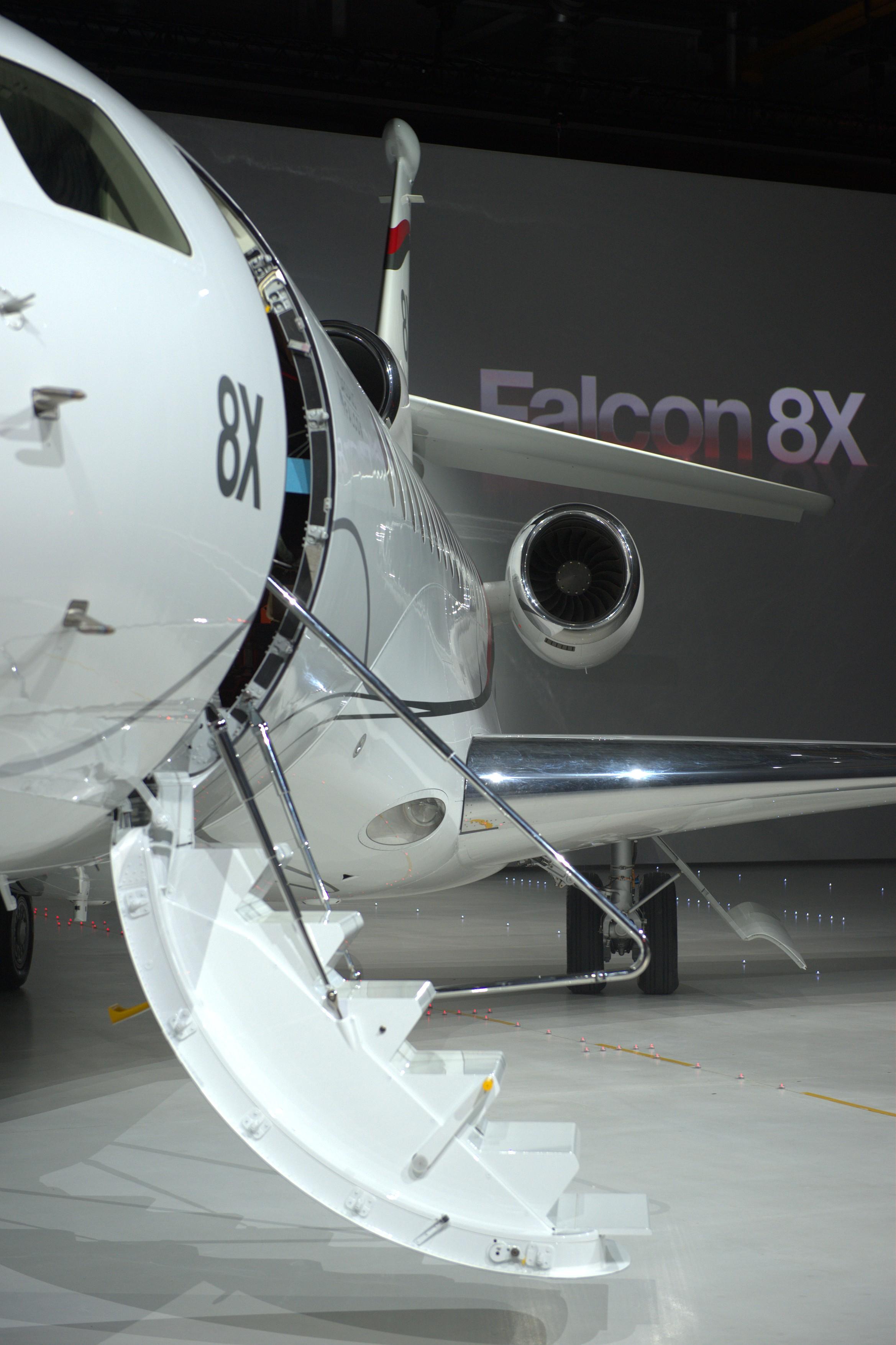 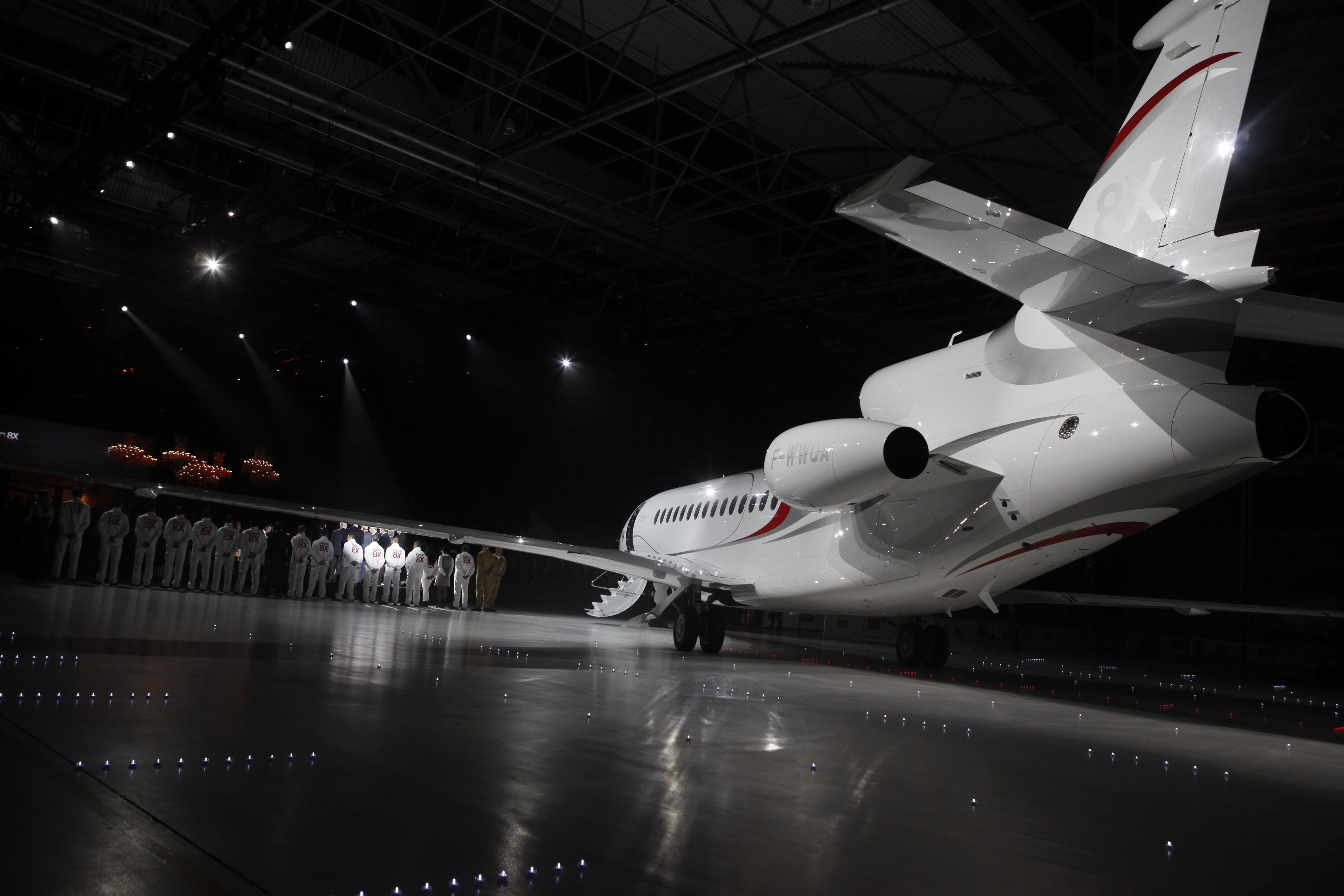 Dassault Aviation rolled out its first Falcon 8X in front of customers and partners during a ceremony at its Bordeax-Merignac production facility on Dec. 17.

Powered by Pratt & Whitney Canada PW307D engines, Dassault's new Falcon 8X will have a range of 6,450 nm, the longest among the Falcon family of jets.

First flight of the 8X is expected in the first quarter of 2015, with certification in mid-2016 and first deliveries in the second half of 2016. During the flight-test campaign, the test aircraft will accumulate 550 flight hours in 200 flights over 14 months.