A Brief History of Rotorcraft Development

France, September 1907, and the Gyroplane No. I, a quadrotor built by brothers Jacques and Louis Breguet, lifts its pilot 2 ft. into the air for a minute. But it is unstable and uncontrollable, and steadied by four men on the ground, so is considered the first manned but tethered flight. 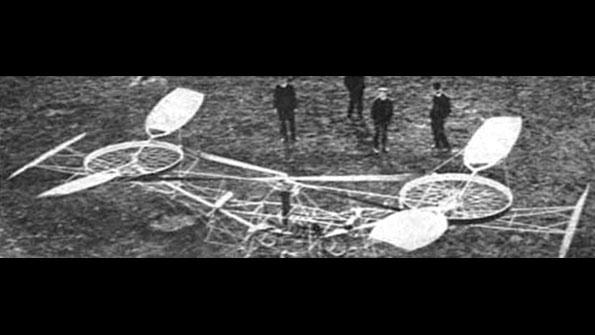 What is considered the first manned free flight of a helicopter, albeit brief, came in November 1907 in France when Paul Cornu’s tandem-rotor helicopter lifted its pilot 1 ft. into the air for 20 sec. 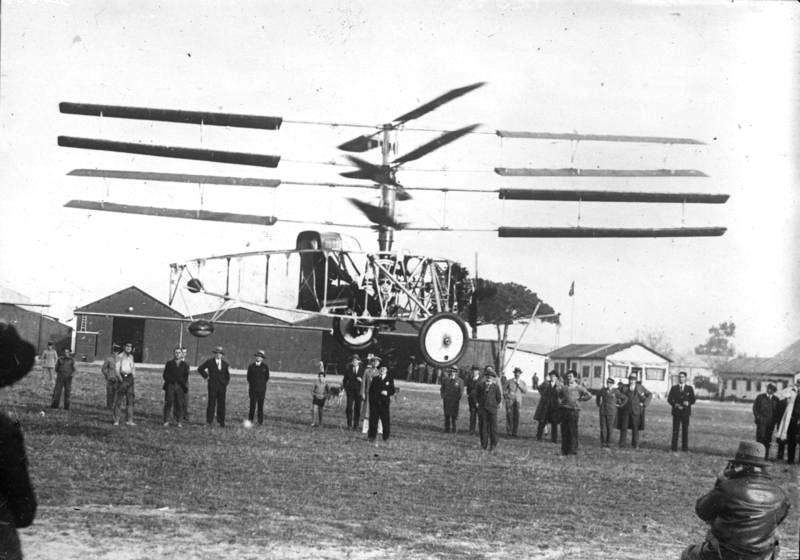 Working in France, Argentine marquis Raul Pateras Pescara developed a coaxial-rotor helicopter, its twin rotors each having four biplane blades with wing warping for cyclic control. The Model 2 hovered in 1922, and the improved Model 3 set a distance record of 738 meters (2,400 ft.) in 1924. 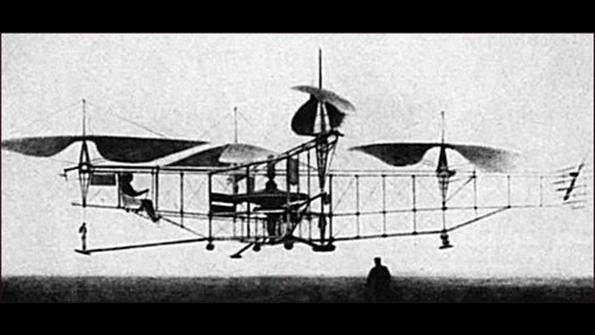 Frenchman Etienne Oehmichen’s helicopter No. 2 had four rotors for lift, six propellers for stability and control and two for propulsion. First flown in 1922, this aircraft completed the first 1-km (0.6-mi.) closed-circuit helicopter flight in 1924. 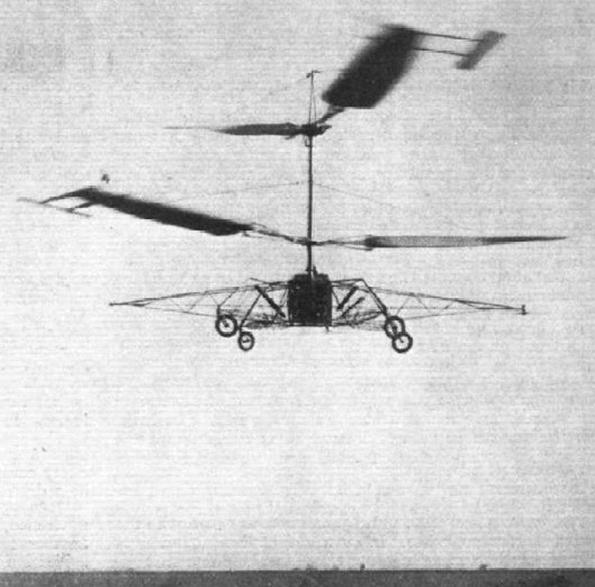 Italian aeronautical engineer Corradino D’Ascanio in 1930 built the D’AT3, a coaxial-rotor helicopter that used three small propellers for roll, pitch and yaw control. Control of the rotors was by servo tabs on the blades—a technique used later by Charles Kaman. 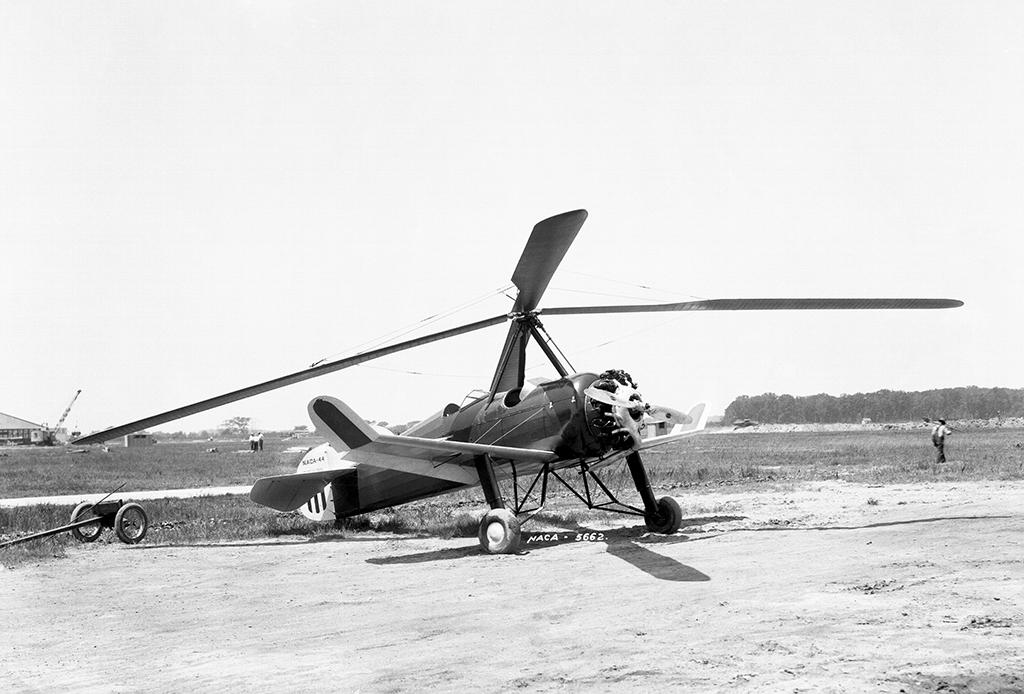 The autogyro was invented by Spanish engineer Juan de la Cierva, whose fourth design, the C.4, was the first to fly, in 1923. The improved C.6, based on an Avro 504K fuselage, followed in 1925. In 1929, Harold Pitcairn acquired the rights to Cierva’s designs and the Pitcairn-Cierva Autogiro Co.—later the Autogiro Co. of America—began producing aircraft (pictured) in the U.S. Kellett Autogiro acquired a license from Pitcairn and production accelerated, laying the foundation for today’s rotorcraft industry. 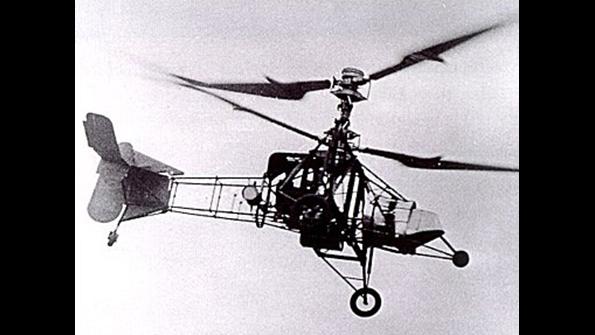 The coaxial-rotor Gyroplane Laboratoire designed in France by Louis Breguet and Rene Dorand and flown in June 1935 was perhaps the first practical helicopter, but development was abandoned with the outbreak of World War II. 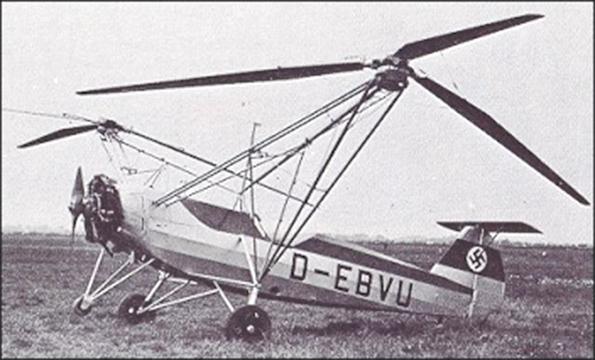 All The Worlds Rotorcraft

German engineer Heinrich Focke’s F.61 made its first flight in June 1936. With its stability, control and performance, the transverse twin-rotor F.61 (also known as Fw.61 and Fa.61) is considered the first functional helicopter. 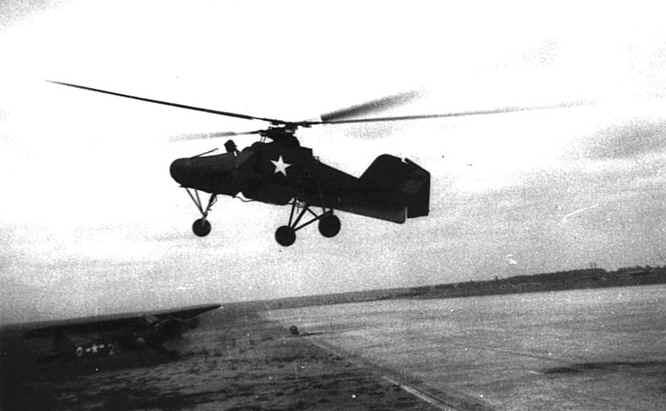 The first series-production helicopter was Anton Flettner’s Fl.282 Kolibri, flown in Germany in 1942. This had a different configuration, dubbed the synchropter, with intermeshing rotors, first flown in 1939 with the Fl.265 and later used by both Kellett and Kaman. 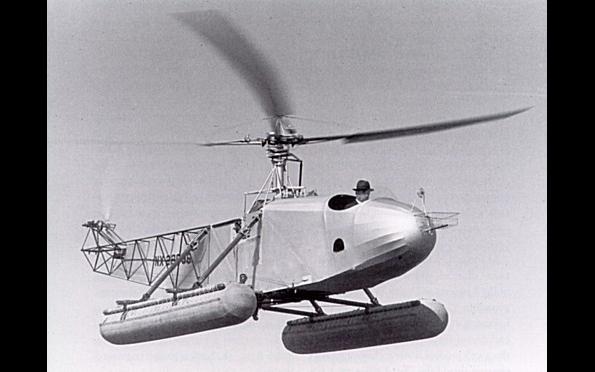 The progenitor of the modern helicopter is recognized as being Igor Sikorsky’s VS-300. The VS-300 first flew untethered in May 1940 but in December 1941 took to the air in its final configuration: single main rotor with cyclic control and a single tail rotor. 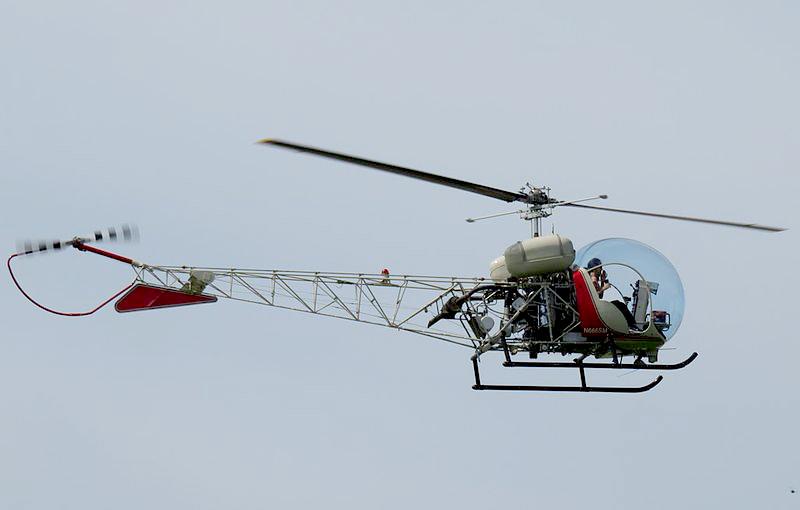 In 1943, Arthur Young flew a two-bladed rotor with a stabilizer bar that acted as a mechanical gyroscope, partially controlling the rotor and making the helicopter more stable. This led to the Bell 47 (pictured), which in 1946 became the first helicopter to receive civil certification. 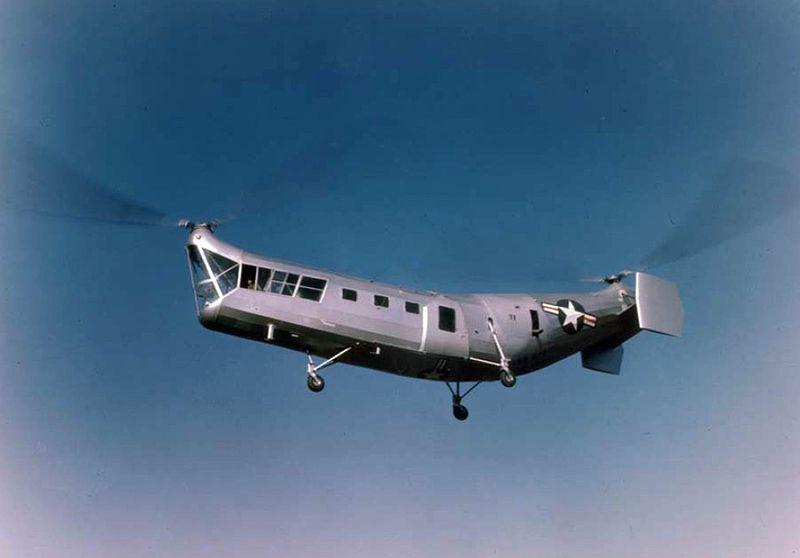 The second helicopter to fly in the U.S. was Frank Piasecki’s single-main-rotor PV-2, in 1943, but he achieved fame developing the tandem-rotor transport helicopter, beginning with the HRP Rescuer (pictured), first flown in 1945. 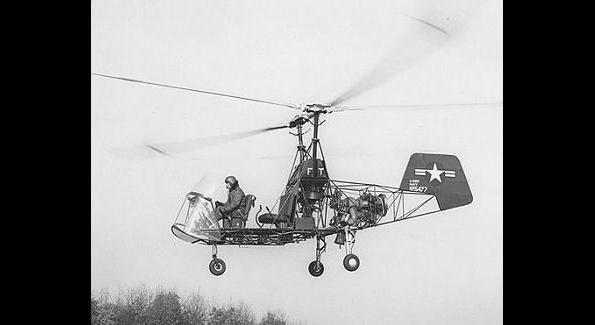 The first turbine-powered helicopter to fly, in 1951, was Kaman’s XHTK-1, with a Boeing 502 turboshaft. A modified HTK-1 become the first twin-turbine helicopter in 1954 (the HTK-1 was also the first to fly on electric power, and to fly unmanned). 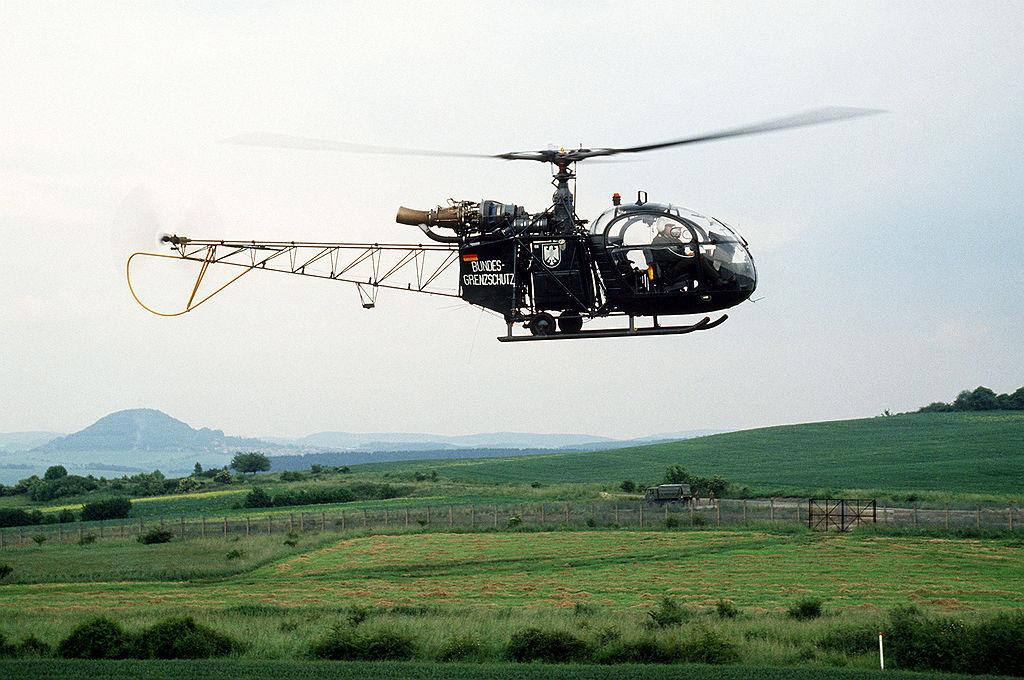 In Europe after World War II, the French state aircraft manufacturers began helicopter development, SNCASO flying the SO1100 Ariel I in 1949, its rotor powered by compressed-air tipjets. SNCASE, meanwhile, flew the SE3110 in 1950, leading in 1955 to the first production turbine-powered helicopter, the Sud Aviation Alouette II (pictured). 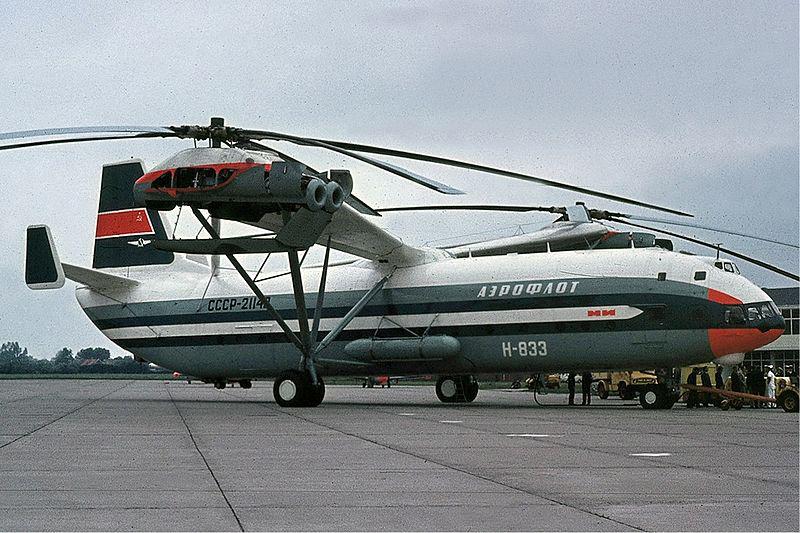 The largest helicopter built, Mil’s transverse-rotor V-12, flew in 1968. With a maximum takeoff weight of 231,484 lb. and payload of 88,000 lb., the four-turbine helicopter had the same cargo-compartment dimensions as the Antonov An-22 airlifter so that it could rapidly deploy strategic ballistic missiles. 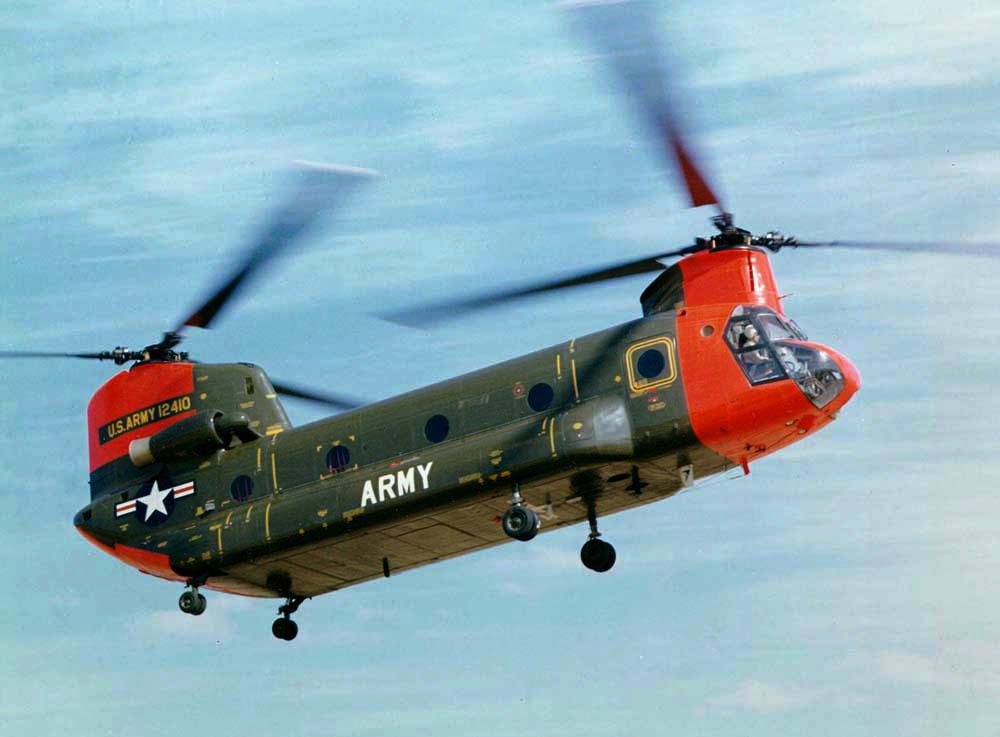 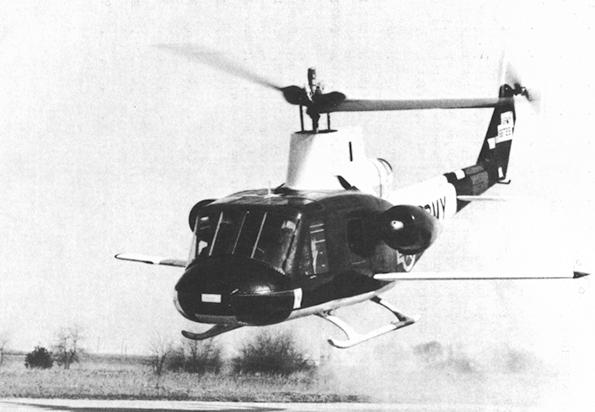 The Bell 533 High Performance Helicopter was an early Huey prototype fitted with a wing and two jet engines. Ultimately propelled by a pair of 3,300-lb.-thrust Pratt & Whitney J60s mounted on the tips of a stub wing, the 533 reached 274.6 kt. in 1962. 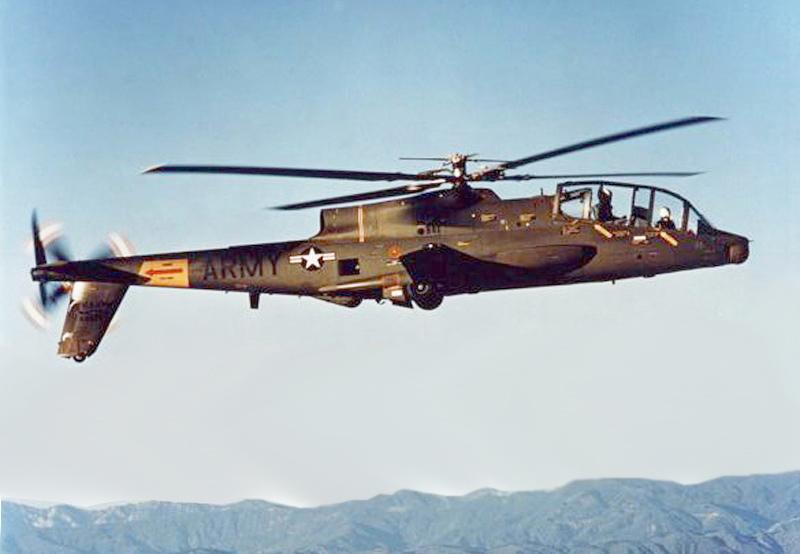 The U.S. Army’s Lockheed AH-56 Cheyenne attack helicopter first flew in 1967 and reached 212 kt. on a wing and the power of a single 3,925-shp General Electric T64 turboshaft driving both the rigid rotor and a pusher propeller on the tail. The Cheyenne was canceled. 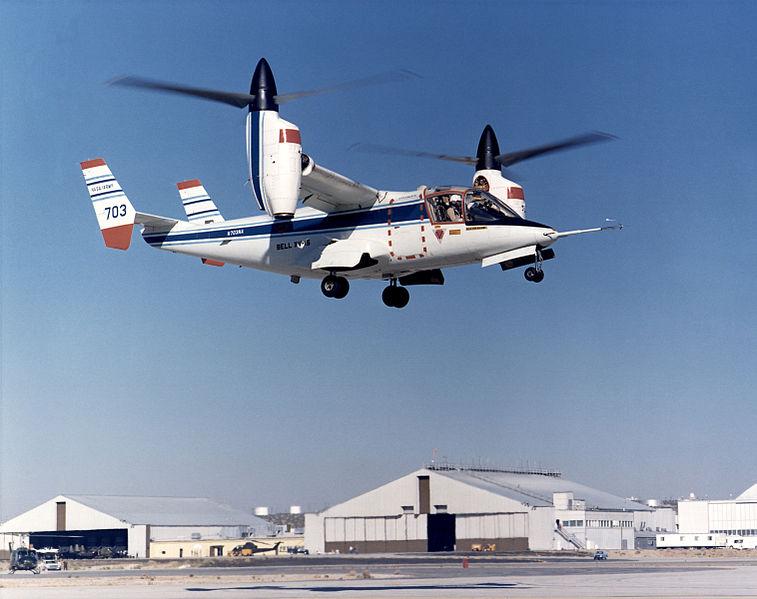 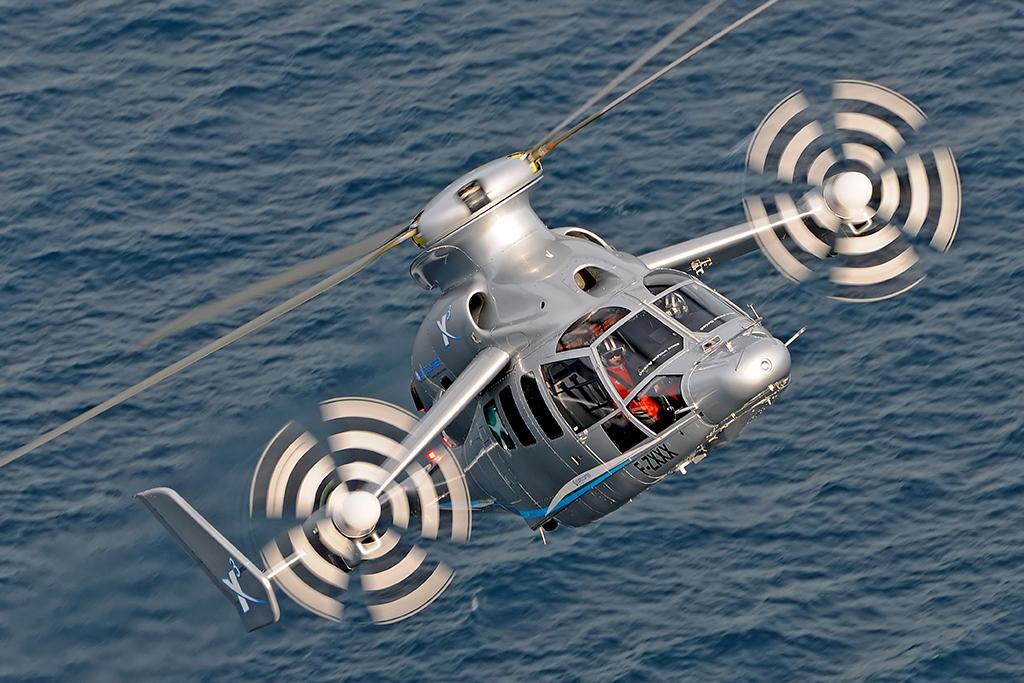 Airbus resurrected the compound helicopter when it flew its experimental X3 to 263 kt. in 2013. A refined version is to fly in 2019 under the European Clean Sky 2 research program's LifeRCraft technology demonstration. 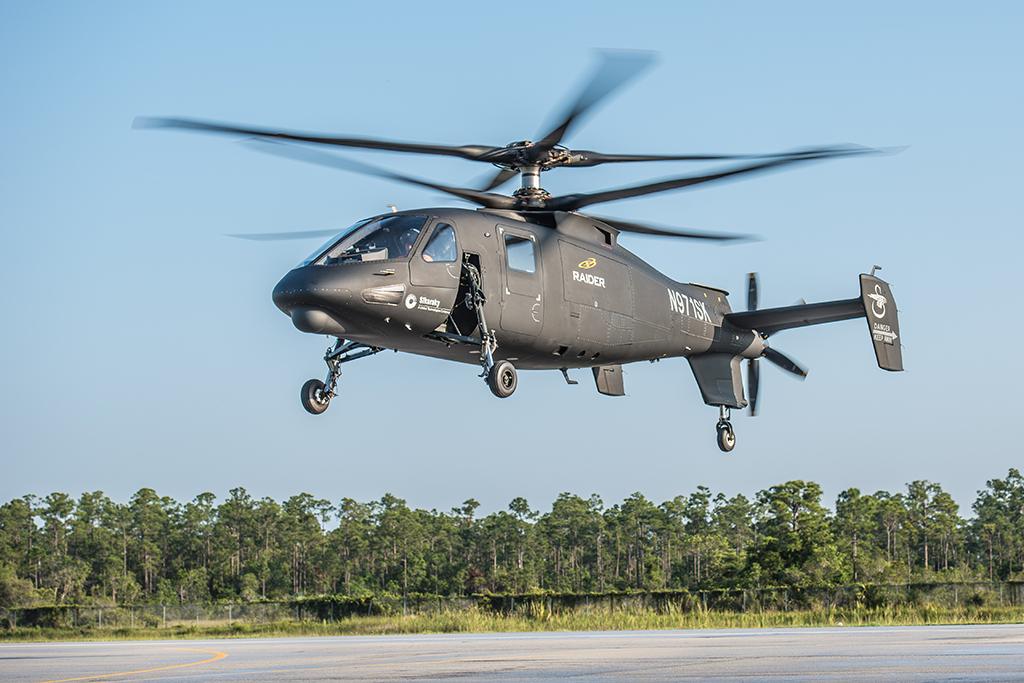 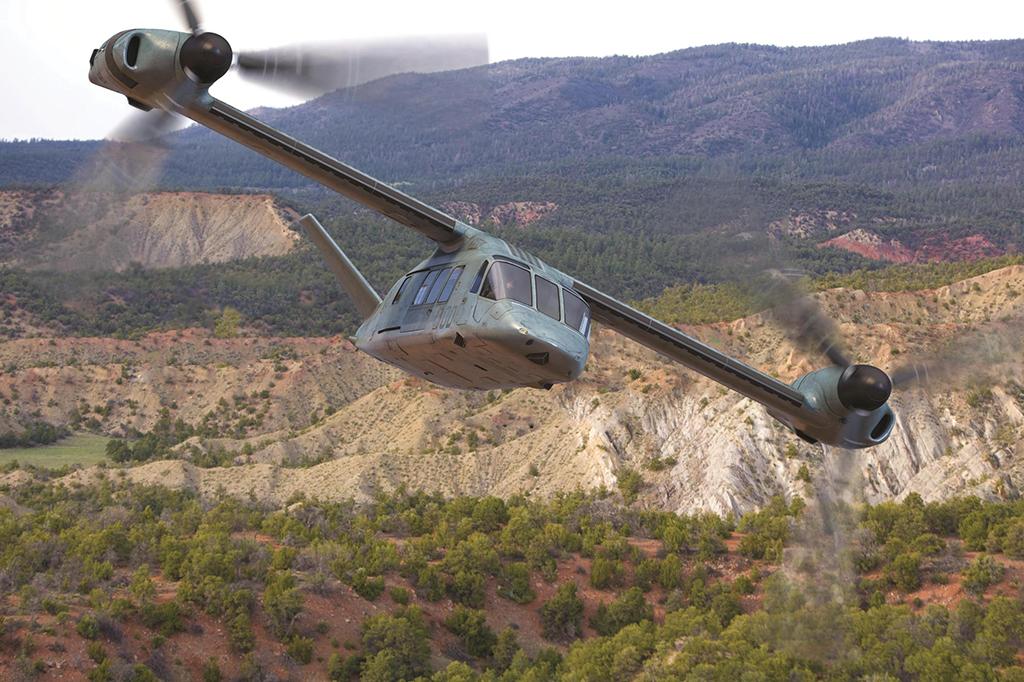 Bell Helicopter is building its next generation of tiltrotor, the 280-kt. V-280 Valor medium-lift demonstrator for the U.S. Army, which is planned to fly in 2017 under the Joint Multi-Role technology demonstration. 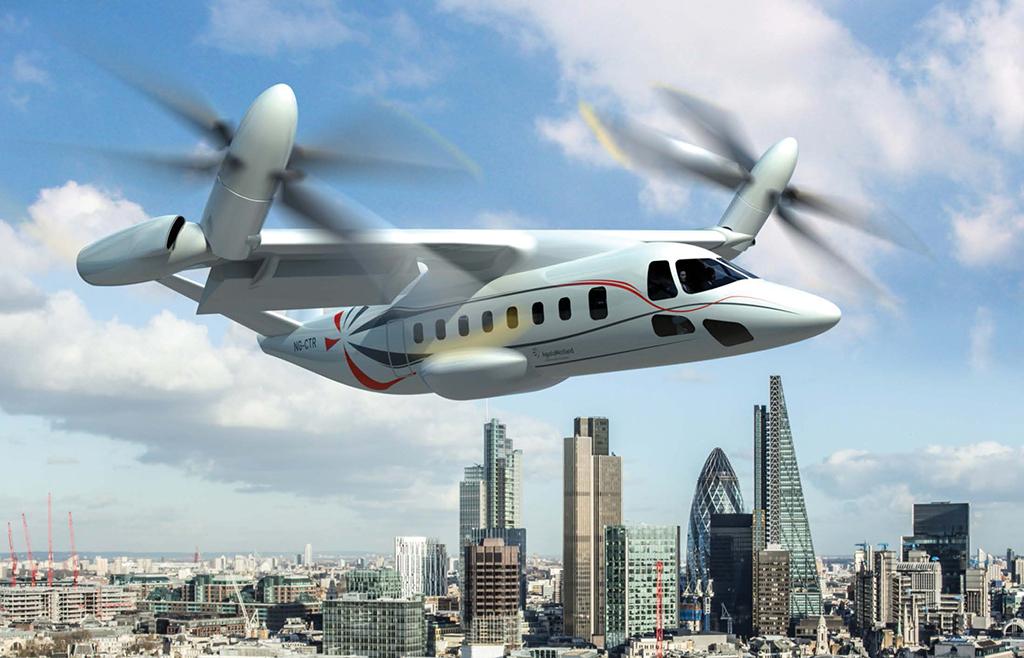 Development of a civil tiltrotor was begun by Bell in 1998 and taken over by partner Agusta in 2011. The nine-passenger AW609 is planned to be certificated in early 2018, and AgustaWestland, now Leonardo-Finmeccanica, is currently designing the larger Next-Generation Civil Tiltrotor, scheduled to fly in 2019 under Europe’s Clean Sky 2 research program.

Helicopters have proved extraordinarily versatile and valuable across a wide range of missions, but even after the first brief pioneering flights their successful development involved decades of trial and error. Many challenges had to be overcome and several configurations tested before the modern helicopter emerged. Aviation Week takes a visual journey through that history.

This gallery was originally published on June 17, 2016 as part of Aviation Week's centennial anniversary series.

Aviation Week at 100: How The Helicopter Has Developed

It Is Safety First For Rotorcraft Industry