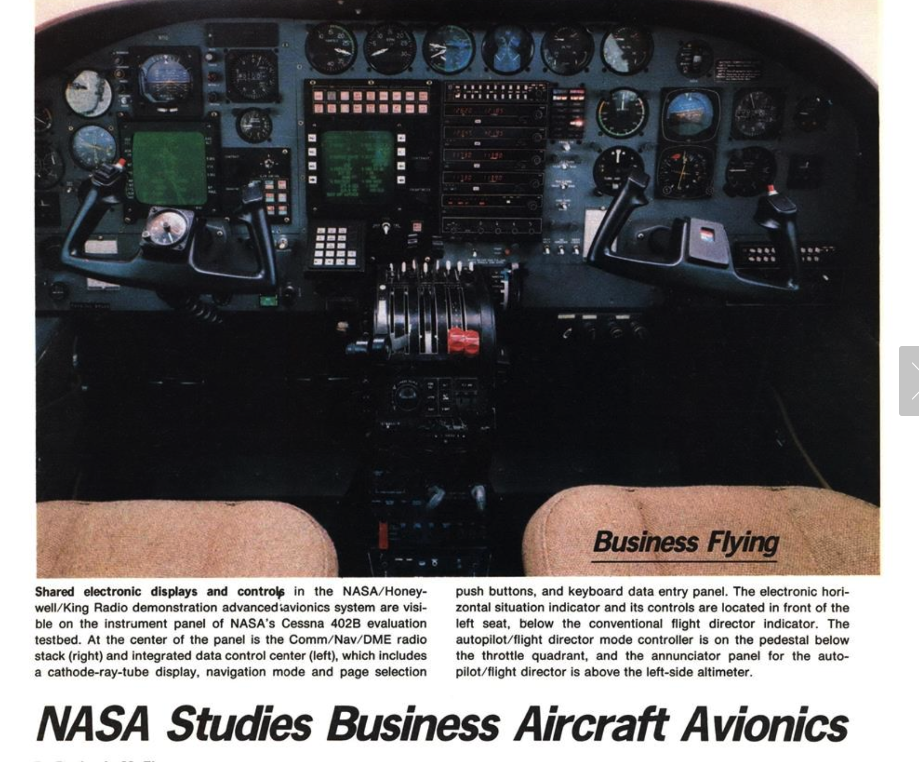 A two-engined Cessna 402B with a demonstration advanced avionics system (DAAS), developed for NASA, was used as the testbed for this evaluation.

The DAAS system came about because of concerns about general aviation during the early and mid-1970s. "General aviation was beginning to come up against some growing pains," said George P. Callas, DAAS project manager at NASA Ames Research Center Moffett Field, Elson reported.

Callas said that "operating procedures were becoming more complicated and required more pilot training", adding that the guidelines were "to aim far enough ahead so that we were in a high risk, high-pay-off area that industry might not get into on its own".

Read more in this comprehensive seven-page feature about what the program was intended to provide, the problems that occur as a result of a lack of room in a general aviation cockpit, DAAS' eight bus-connected micro-processors, why digital technology was chosen and the limitations of the demonstration system.

If you're a subscriber, you can read the full article.

Every issue, every page, every article we have ever published. Your subscription includes full access to the archives, plus current Aviation Week & Space Technology articles (both digital and print packages available).