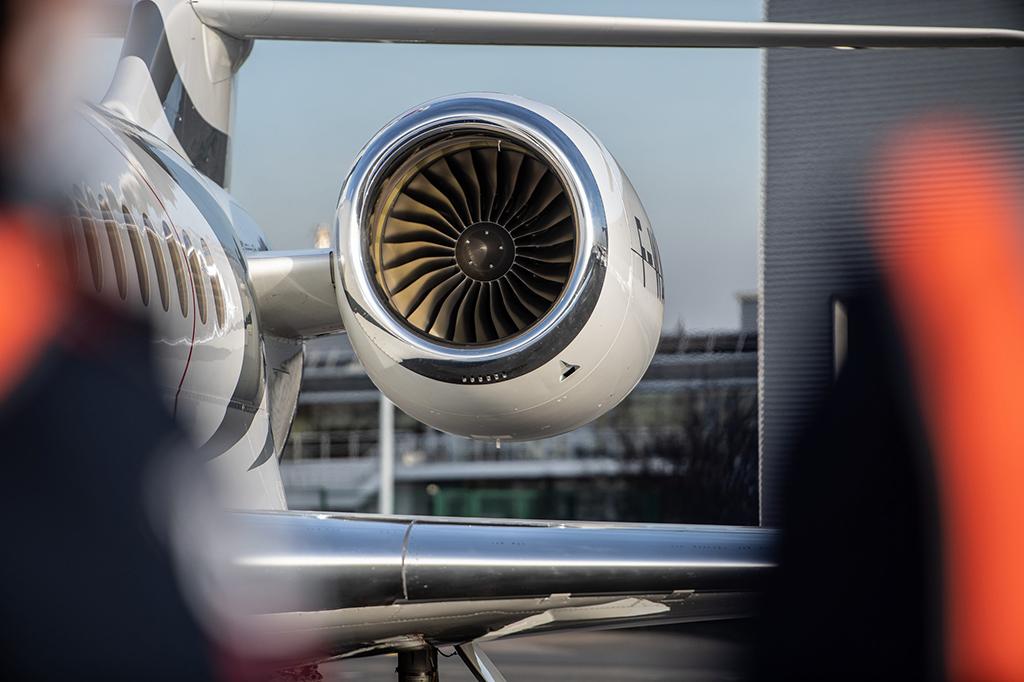 The PW812D will require 40% less scheduled maintenance and 20% fewer inspections than its competitors, Della Posta says. 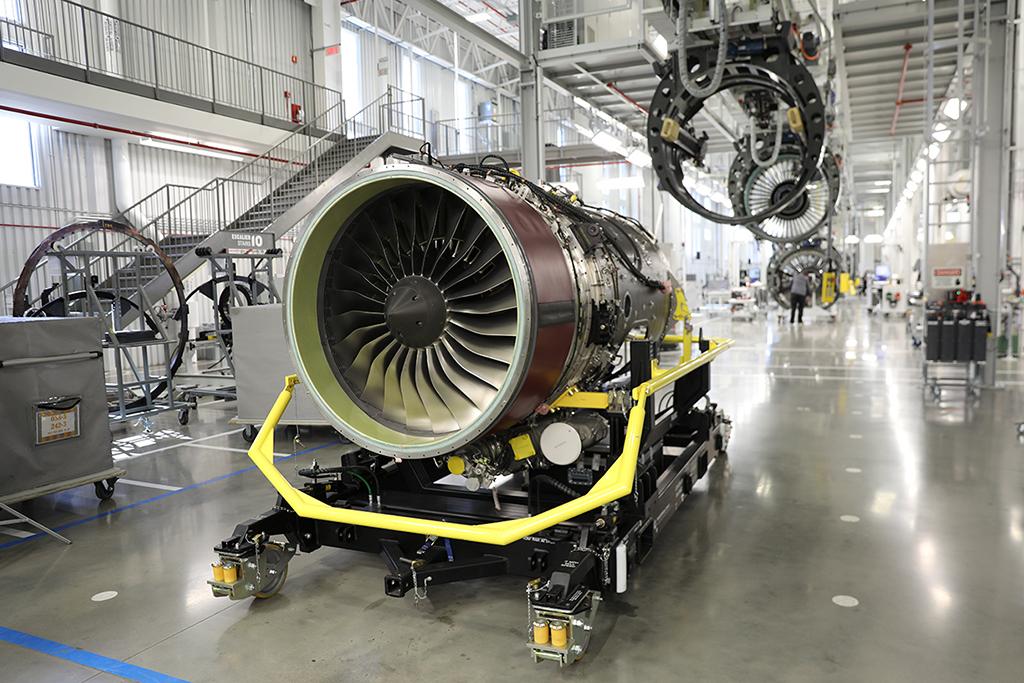 Pratt & Whitney Canada builds the PW812D engine at its facility in Longueuil, Quebec. 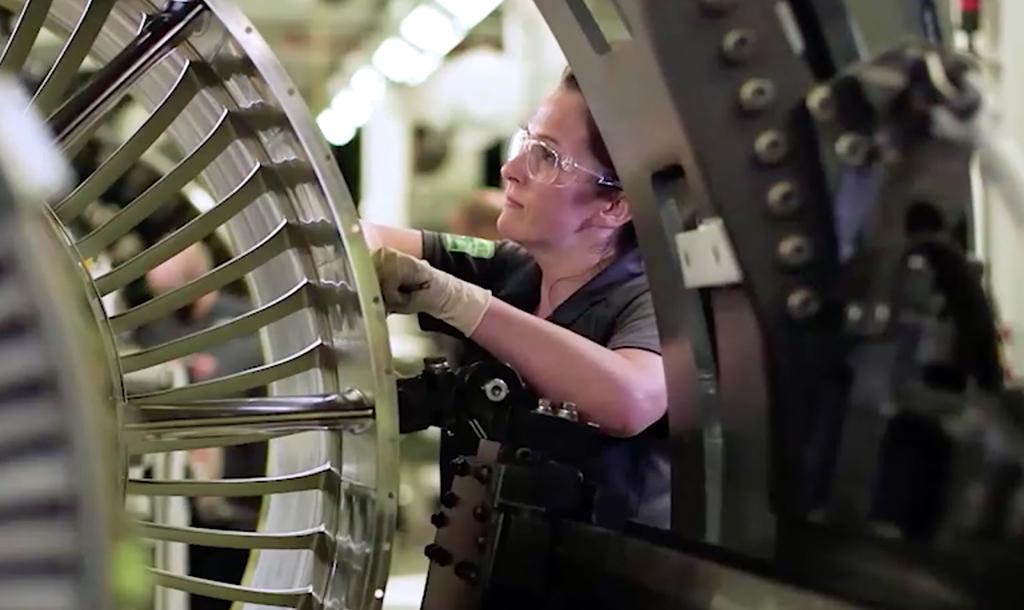 This image, from a video by Dassault Aviation, shows the PW812D engine being tested on Pratt & Whitney’s specially modified Boeing 747.

“The PW812D engine has shown exceptional performance during testing,” says Pratt & Whitney Canada. The company has performed more than 4,900 hrs. of engine testing, including more than 1,150 hrs. of flight testing and 20,000 hrs. on the engine core, it says. 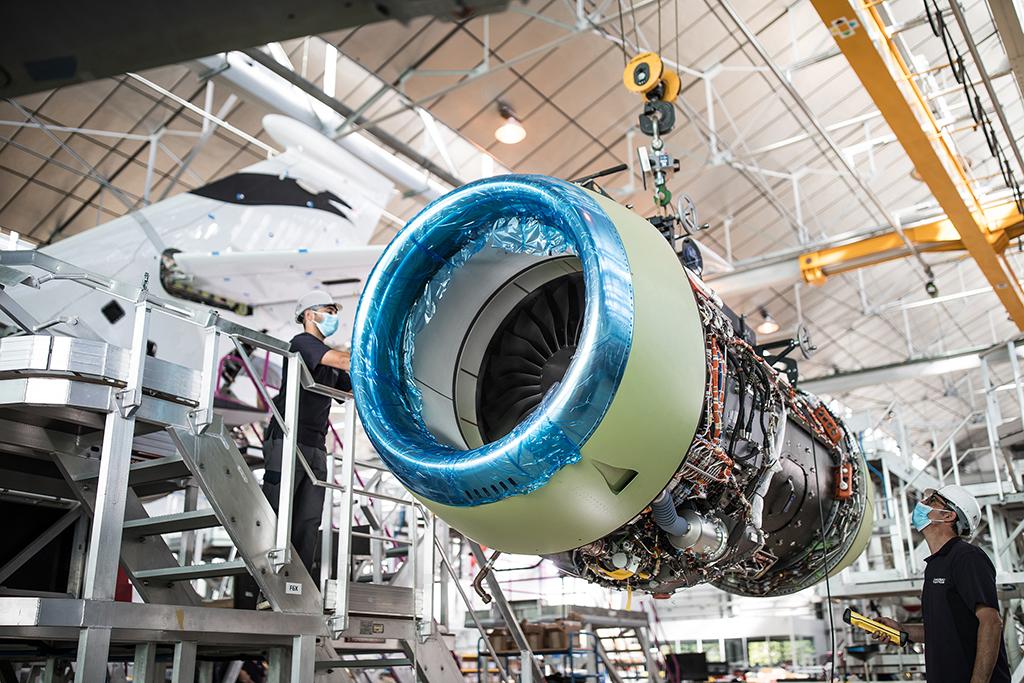 Following shipment by air from Canada, a PW812D engine is readied for installation on a Falcon 6X at Dassault’s Merignac factory outside Bordeaux, France. 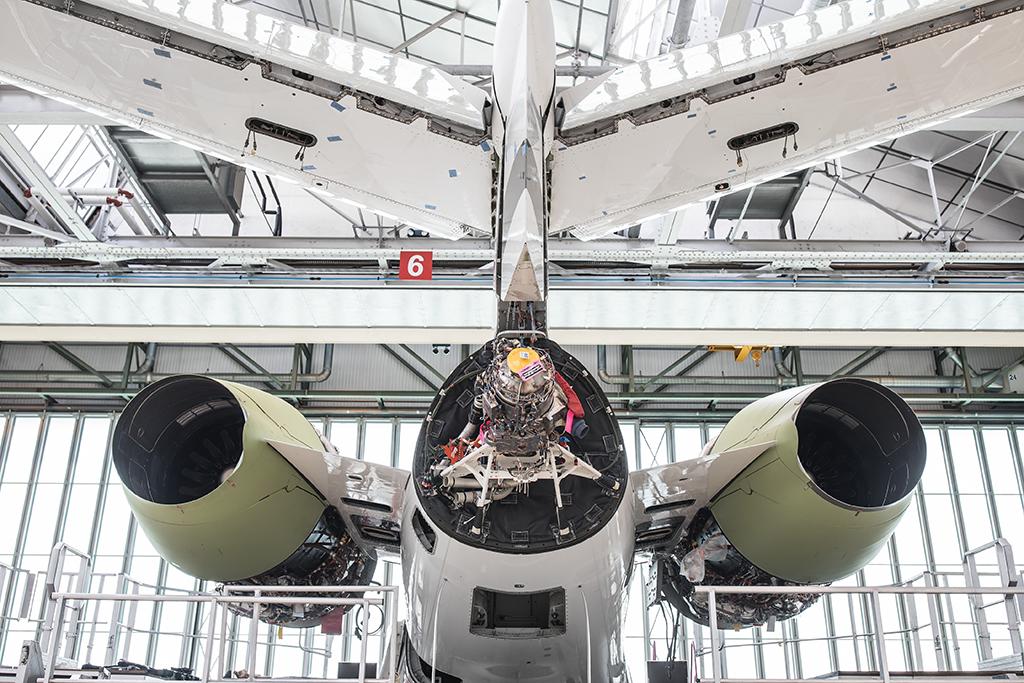 Another view of PW812D engine installation on the Falcon 6X. 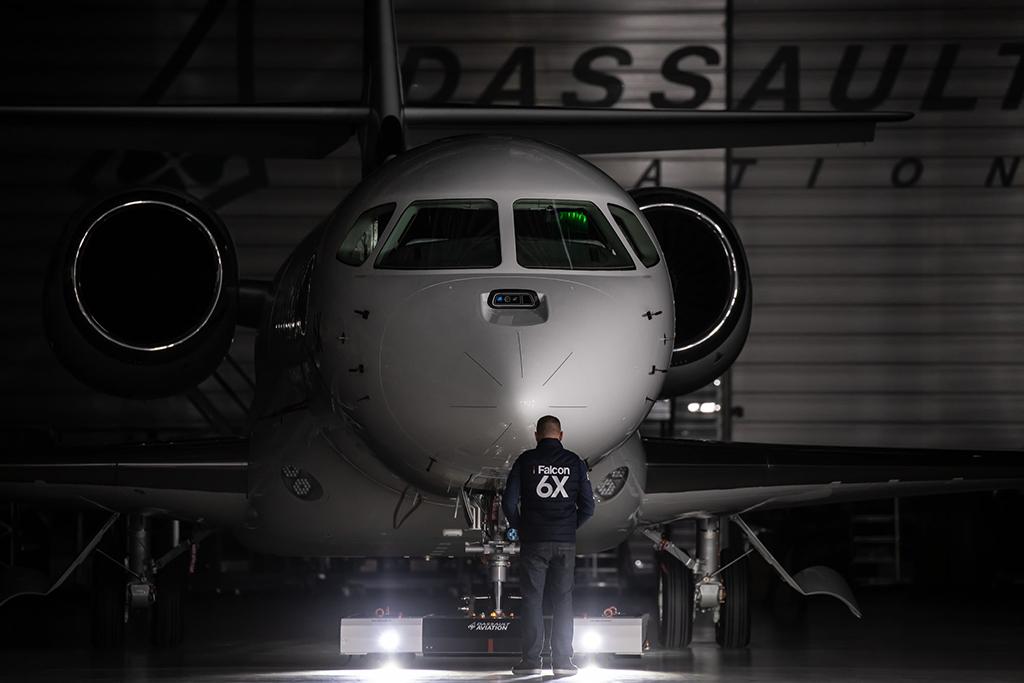 The ultra-widebody Falcon 6X made its debut in Dassault’s Charles Lindbergh Hall in Bordeaux-Merignac on December 8, 2020. 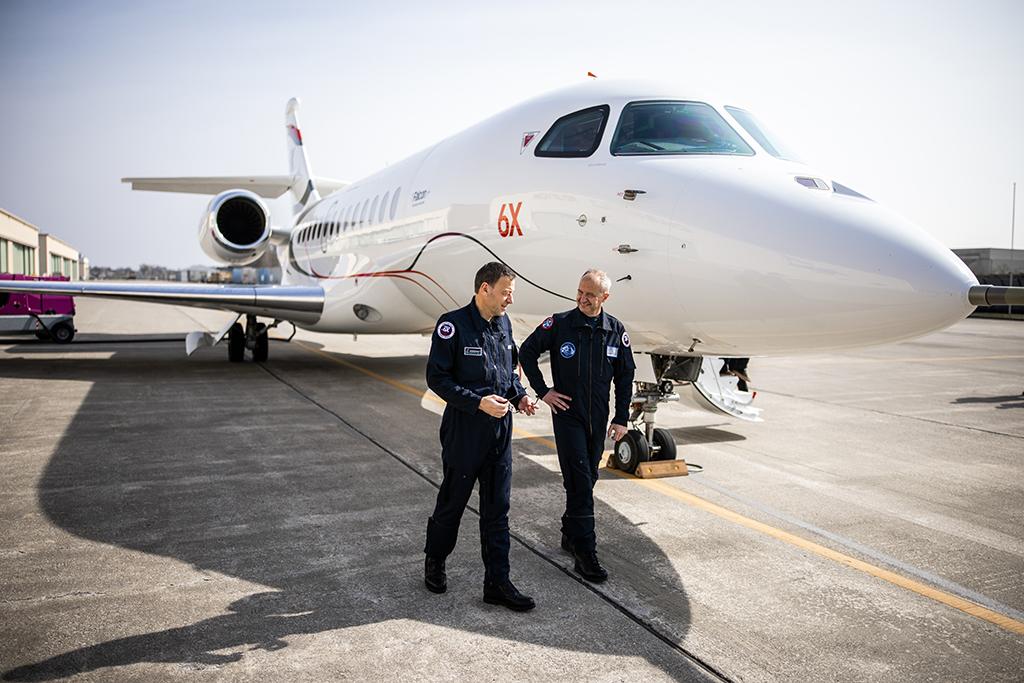 First flight of the PW812D-powered Falcon 6X ultra widebody business jet, S/N 01, took place on March 10, 2021 from Dassault’s Bordeaux-Merignac final assembly plant with test pilots Bruno Ferry and Fabrice Valette at the controls. The second 6X took to the air in May, and the third from Merignac to Dassault’s Istres flight test facility on June 24. 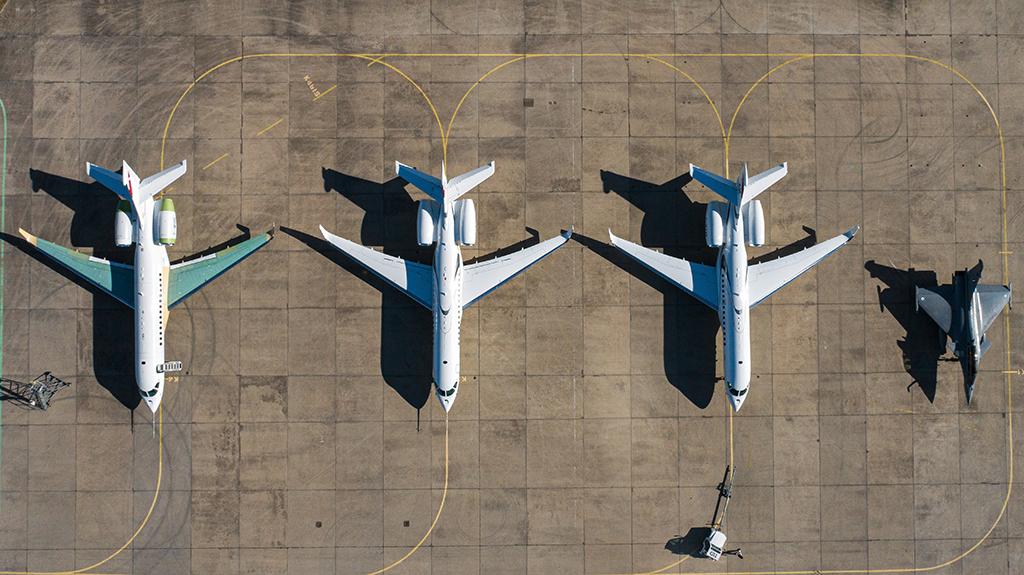 The third aircraft, says Dassault, is equipped with a full cabin for acoustic and thermal testing, and for evaluating cabin pressurization and airflow for passenger comfort. “Engineers are confident of achieving noise levels as low as on its Falcon 8X sister ship,” the company said.

Falcon 6X number four will be the first production aircraft. It too has a full interior "and will demonstrate the operational maturity of aircraft systems,” the company says. A world tour is planned for mid-2022.

Dassault meanwhile has spare parts on order “for delivery to strategic locations around the world to ensure maximum support for flight departments from day one.” 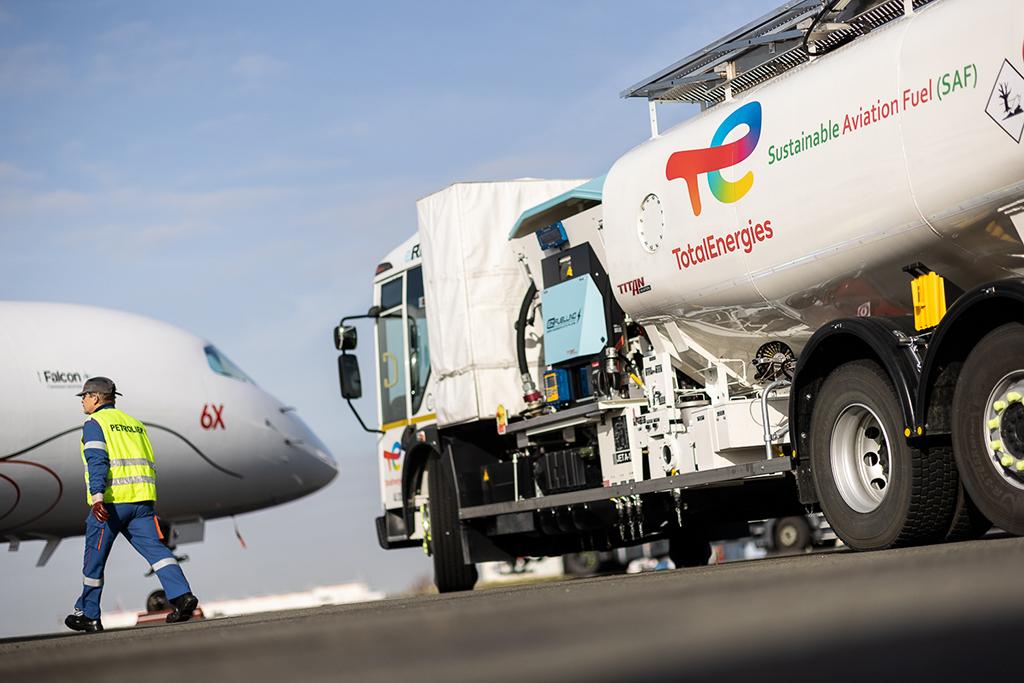 Dassault Pledges to Use SAF

Dassault reports that one of its Falcon 6X flight test aircraft landed at Paris-Le Bourget last month, becoming one of the first aircraft to refuel in the field using a sustainable aviation fuel blend, provided by TotalEnergies.

Dassault said it will continue to use SAF in the 6X test program as part of an ongoing effort to minimize its carbon dioxide footprint.

Pratt & Whitney Canada’s PW800-series engines power Gulfstream business jets as well, including the PW812GA with Collins nacelles for the just-announced large-cabin Gulfstream G400, with deliveries to commence in 2025.

Other Gulfstream jets with PW800-series engines include the PW814GA-powered G500, which entered service in September 2018. It was followed by the PW815GA-powered G600 in August 2019.