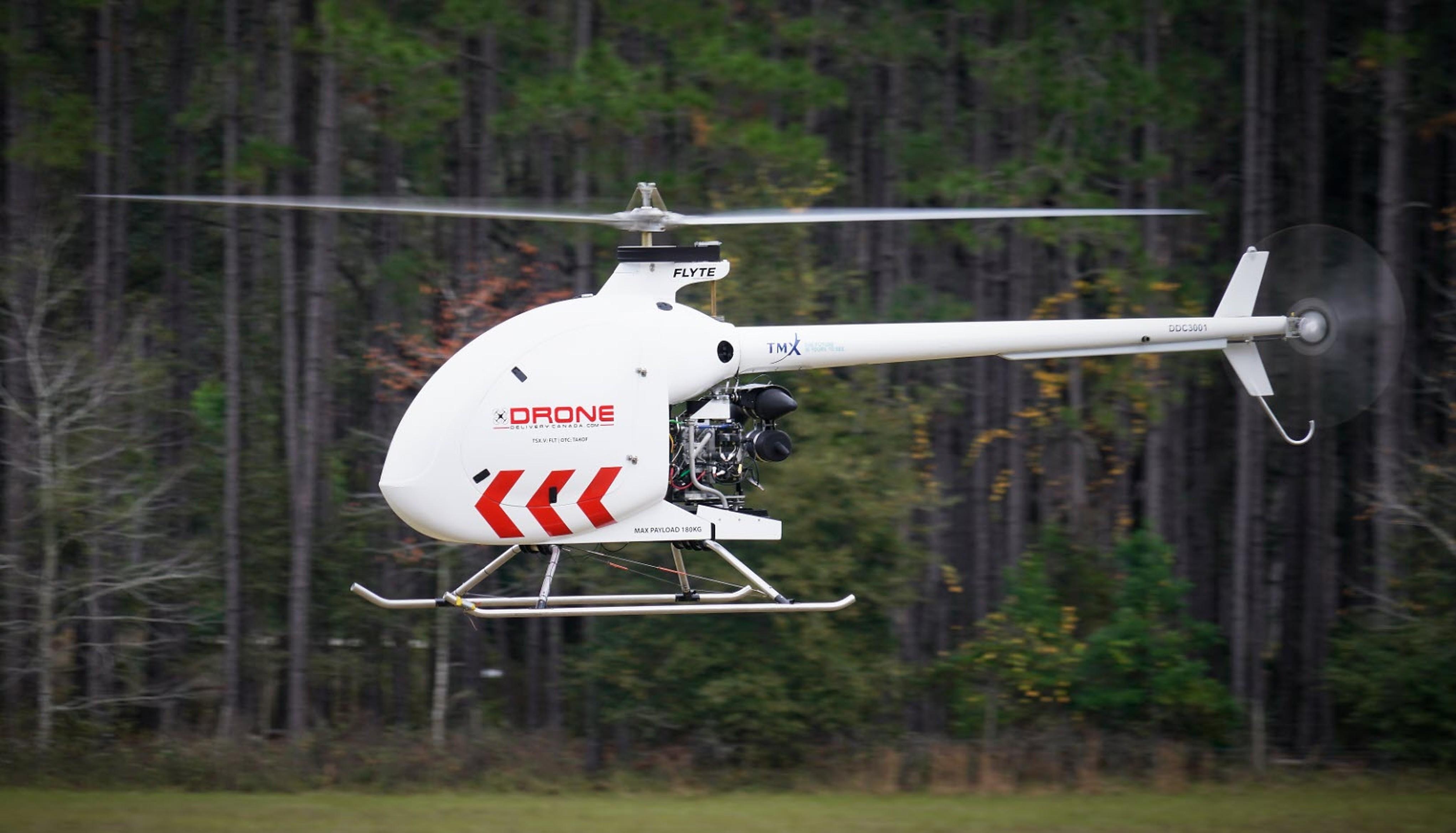 Drone Delivery Canada’s Condor, a gasoline-powered helicopter, is designed to deliver about 400 lb. of cargo at ranges of up to 186 mi. flying 75 mph. The aircraft is designed to fly autonomously to fixed logistics stations in Canada while being monitored from an operations center in Toronto. Condor flight testing is underway at Foremost Alberta and Ama Quebec test ranges aiming for completion in 2022. “We bought a shell airframe and a motor and all of the electronics and software are developed by us,” says Michael Zahra, CEO. Credit: Drone Delivery Canada 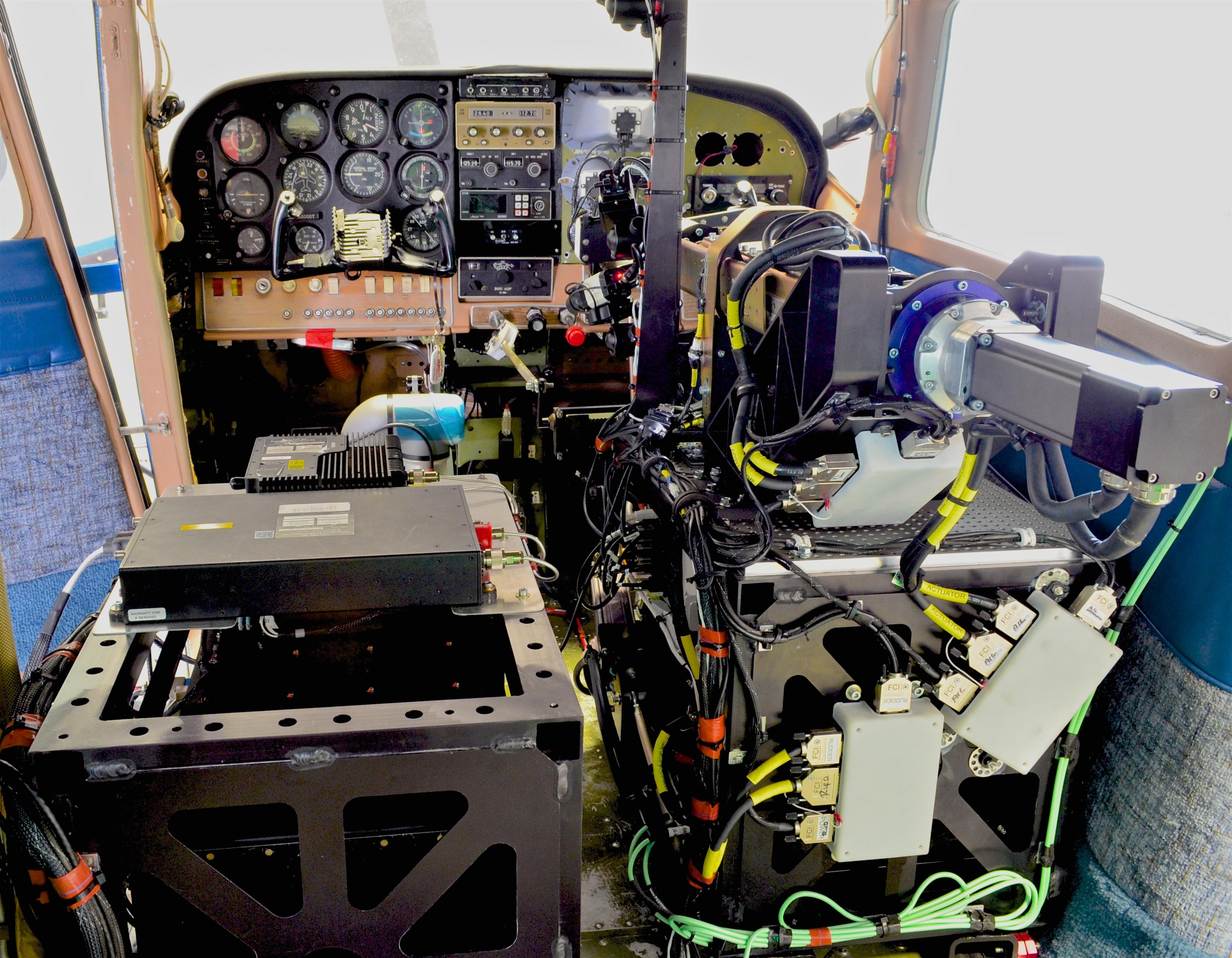 The Air Force Research Lab ROBOpilot kit converts a general aviation aircraft, a Cessna 206, into an unmanned autonomous aerial vehicle “rapidly and affordably” without any permanent modifications to the aircraft, according to the Air Force. A computer handles flight controls, while sensors provide situational awareness. Credit: AFRL 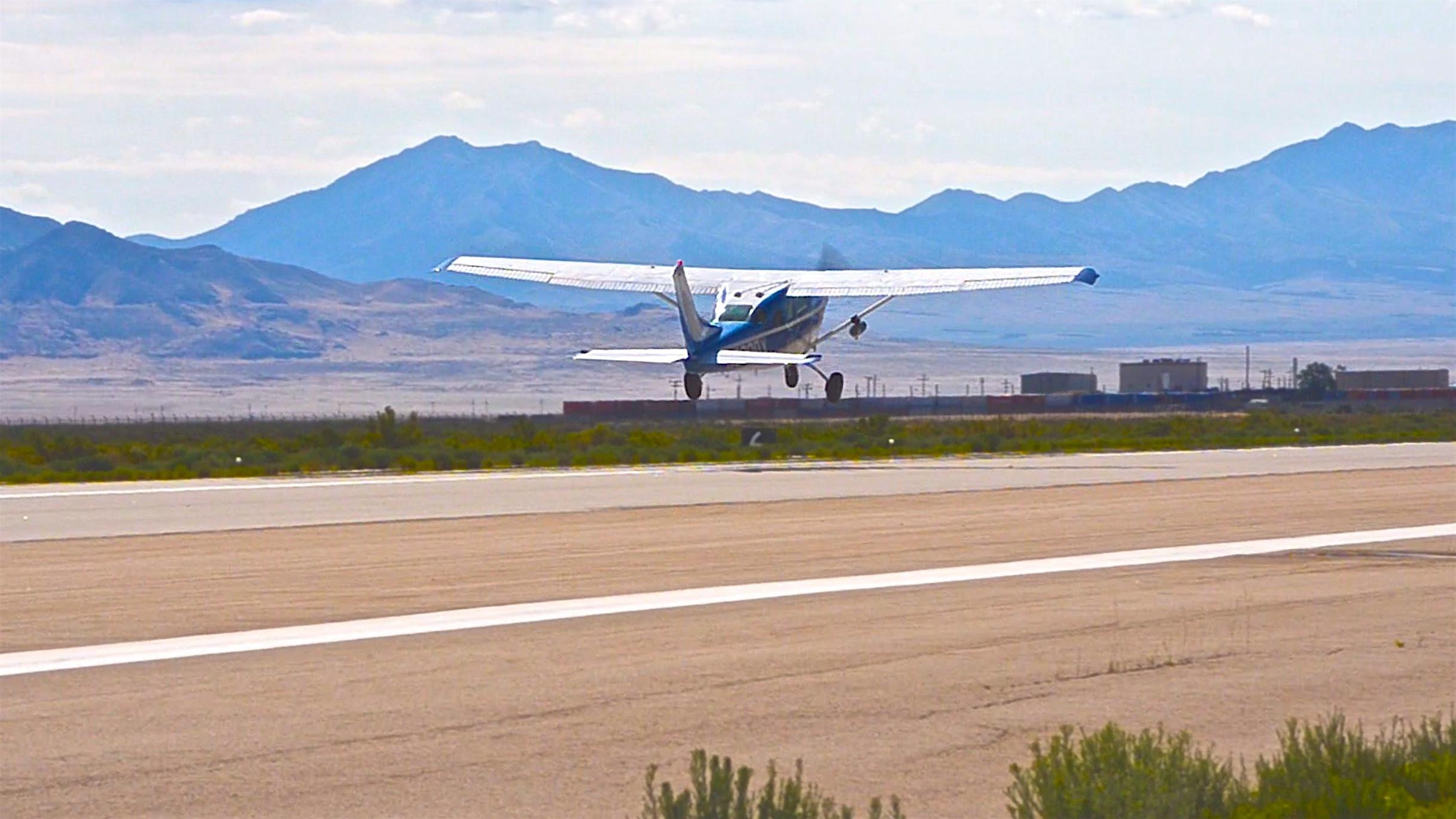 The U.S. Air Force Research Laboratory (AFRL) has flight tested its ROBOpilot unmanned air platform with DZYNE Technologies. The system first flew in 2019 but the Cessna 206 was damaged during a landing and replaced by this second Cessna 206 in 2020. Here, an Air Force Research Laboratory ROBOpilot takes off. The aircraft can fly autonomously using a kit that can be installed on a Cessna 206 without any permanent modifications and then removed. Credit: AFRL 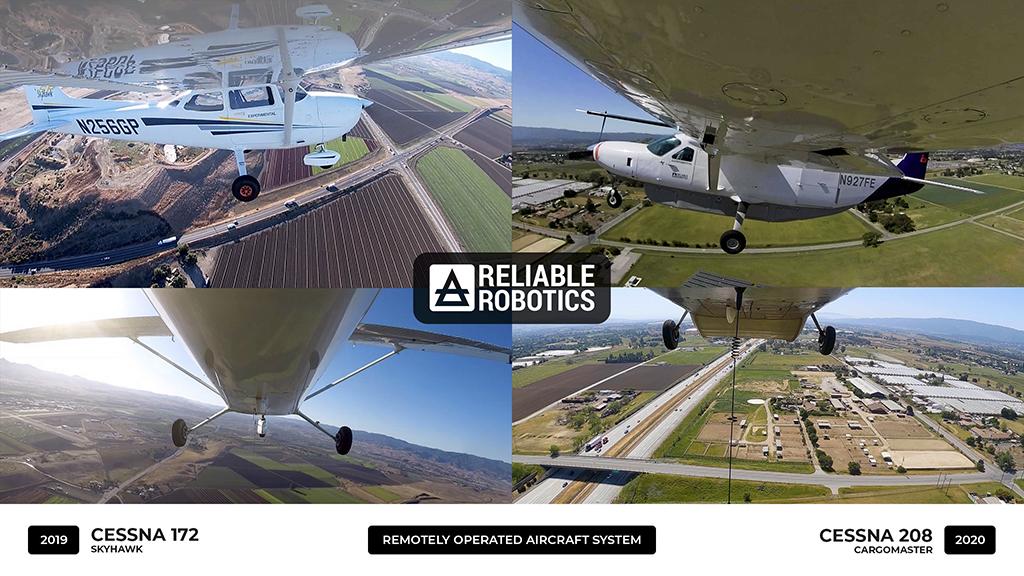 Reliable Robotics in Silicon Valley is led by co-founders Robert Rose, former director of flight software at SpaceX, and Juerg Frafel, who developed the computing platforms for the SpaceX Falcon rocket and Dragon space capsule. The two have developed an automation system. They flight tested a Cessna 172 in 2019 and a Cessna Caravan in 2021 for use in air cargo operations. The automation system can upload a flight plan and come up with a trajectory to fly, while the remote pilot on the ground is given options to deviate from that flight plan. Rose calls the concept of operations “supervised autonomy.” Credit: Reliable Robotics 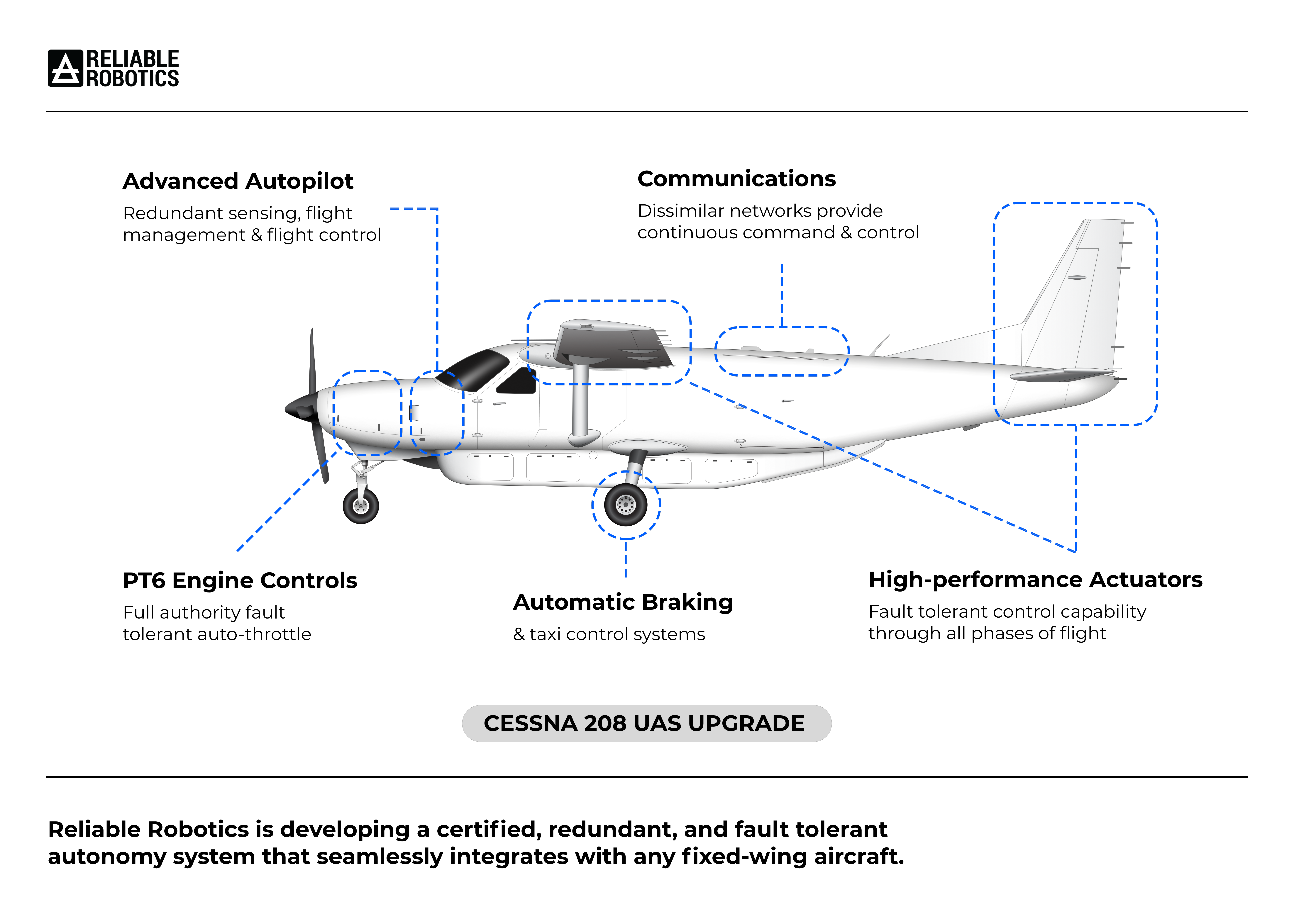 Sabrewing Aircraft Co., based in Silicon Valley, is designing an electric vertical takeoff and landing (eVTOL) aircraft designed to take off and fly vertically with 5,400 lb. of cargo or carry up to 10,000 lb.--about twice the cargo of a Caravan--with a short takeoff of 350 ft. Credit: Sabrewing 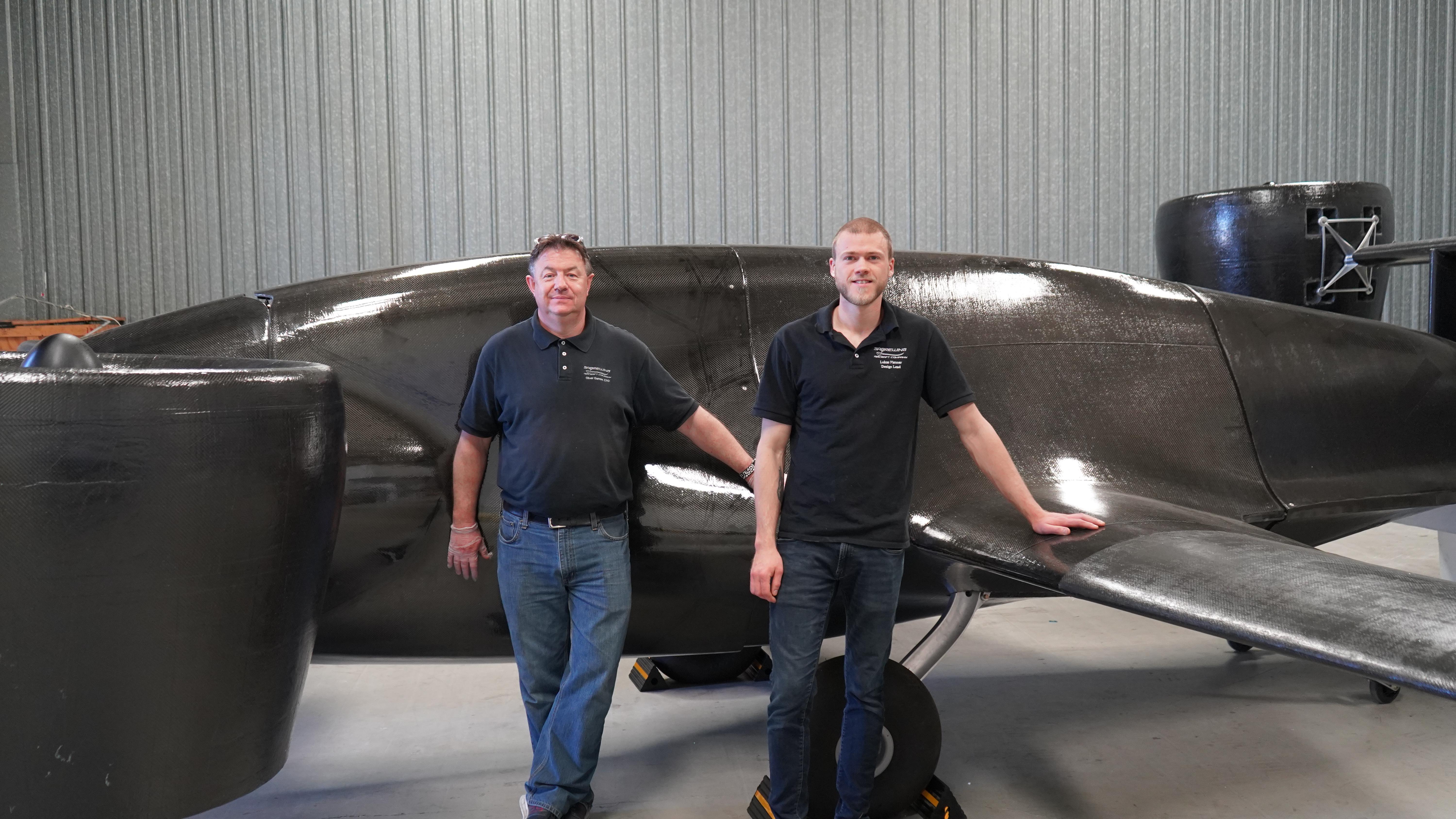 The Rhaegal RG-1 will fly with a custom-made autonomous flight and detect and avoid system. The cargo drone has a 1,000 mi. range and will be flight tested at Edwards Air Force Base. CEO Ed De Reyes (left) is a USAF trained test pilot with extensive industry flight test experience. Oliver Garrow (right), chief technology officer, is a multi-discipline engineer who has designed a dozen drones. Sabrewing Rhaegal RG-1 will have its own customized landing zone clearance system featuring LIDAR, radar, Iris Automation cameras and artificial intelligence. A Garmin weather radar that can detect objects at a distance will also be installed. The aircraft will be priced to compete with a Cessna SkyCourier and have the ability to land and take off in places where general aviation aircraft can’t operate, according to Sabrewing. Credit: Sabrewing 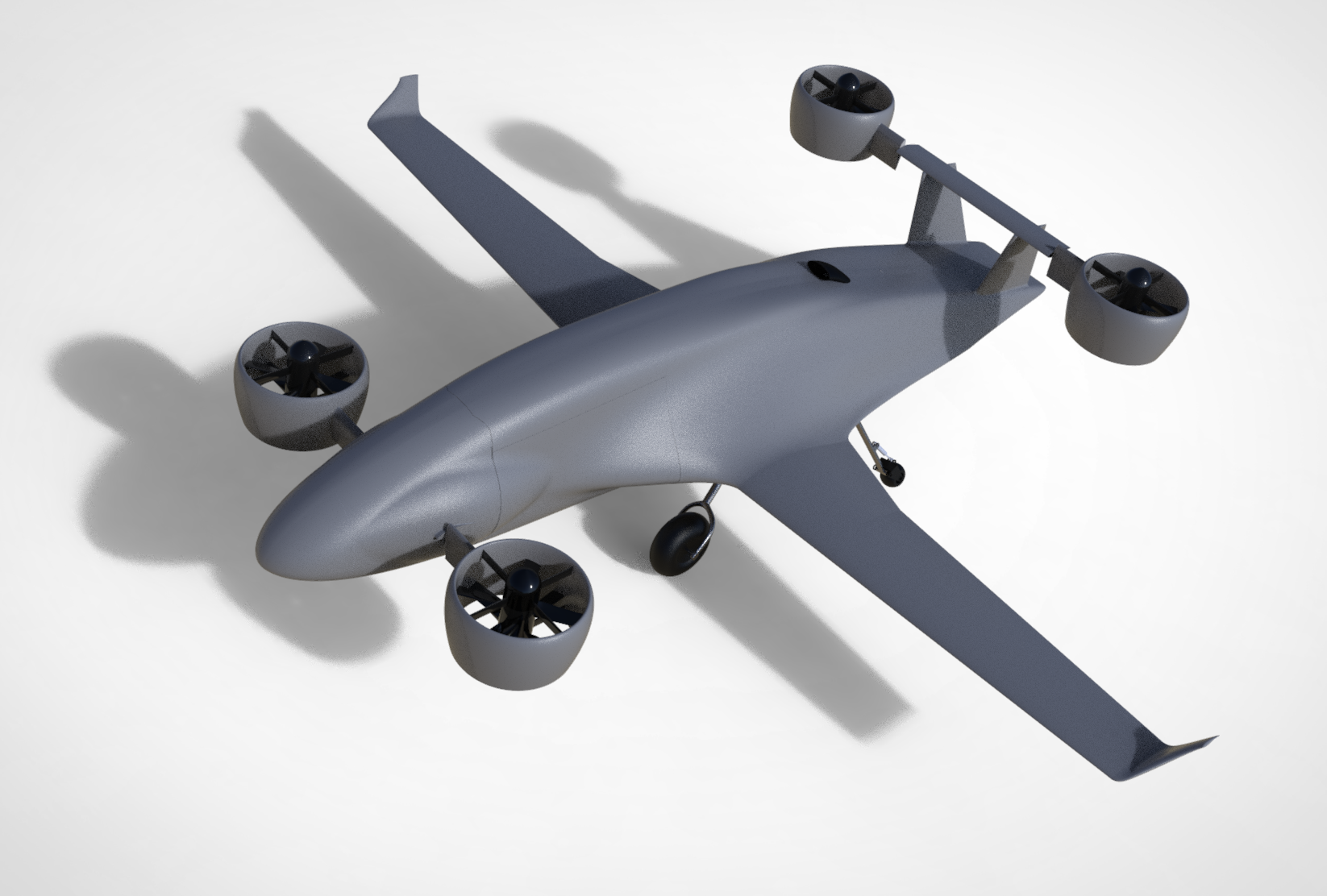 Sabrewing Rhaegal RG-1 will have its own customized landing zone clearance system featuring LIDAR, radar, Iris Automation cameras and artificial intelligence. A Garmin weather radar that can detect objects at a distance will also be installed. The aircraft will be priced to compete with a Cessna SkyCourier and have the ability to land and take off in places where general aviation aircraft can’t operate, according to Sabrewing. Credit: Sabrewing 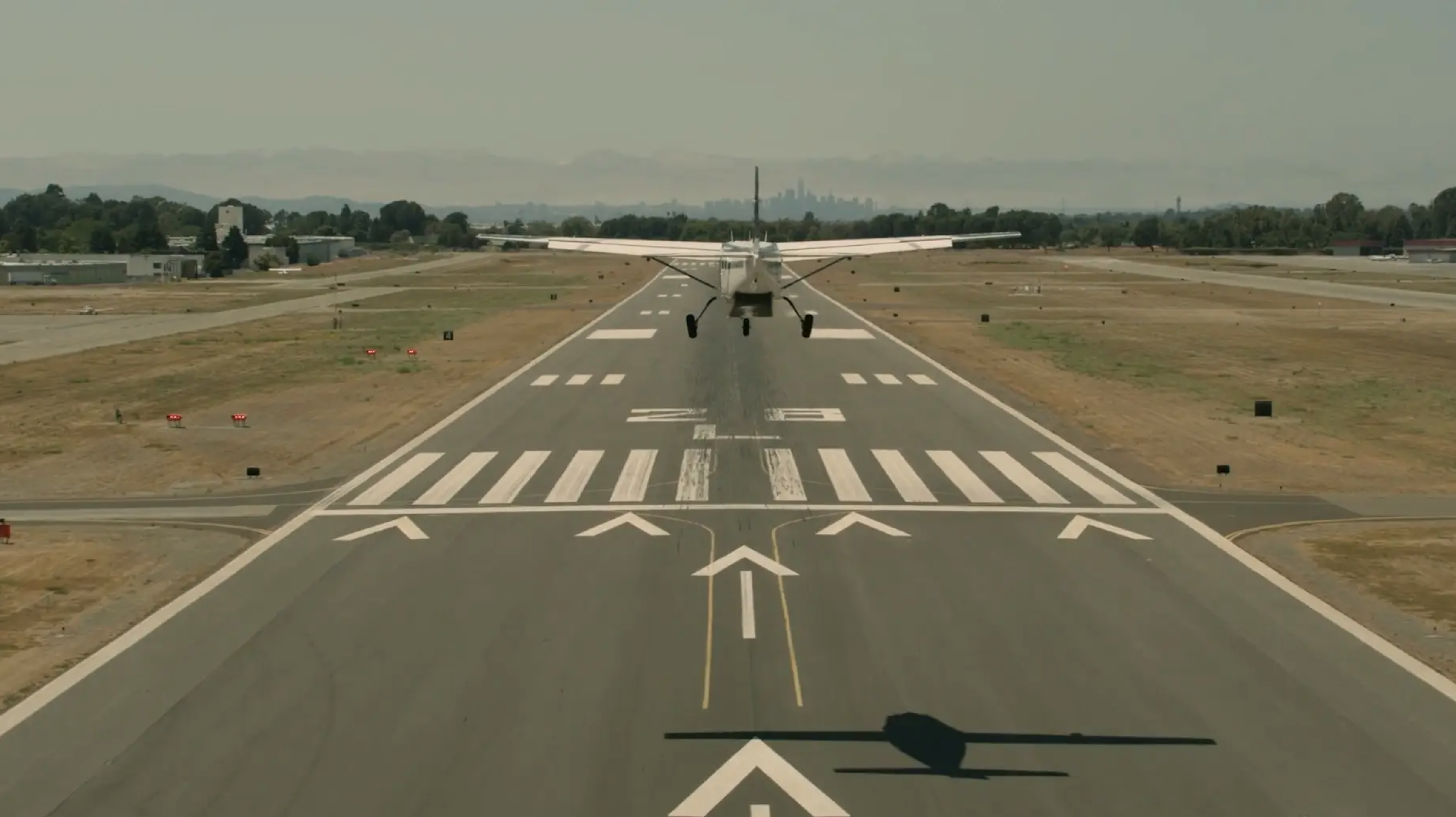 Xwing in San Francisco has flight tested its autonomous flying system on a Cessna Caravan, which makes an autonomous landing here. The aircraft had a crew of four, including a test pilot, flight test engineer and two Xwing engineers. During landings, the autonomous system makes the decision on which runway to land based upon weather conditions, while an Xwing detect-and-avoid system spots other aircraft that must be avoided. “We are replacing the brain and eyes of the pilot,” says Maxime Gariel, chief technology officer. Credit: Xwing 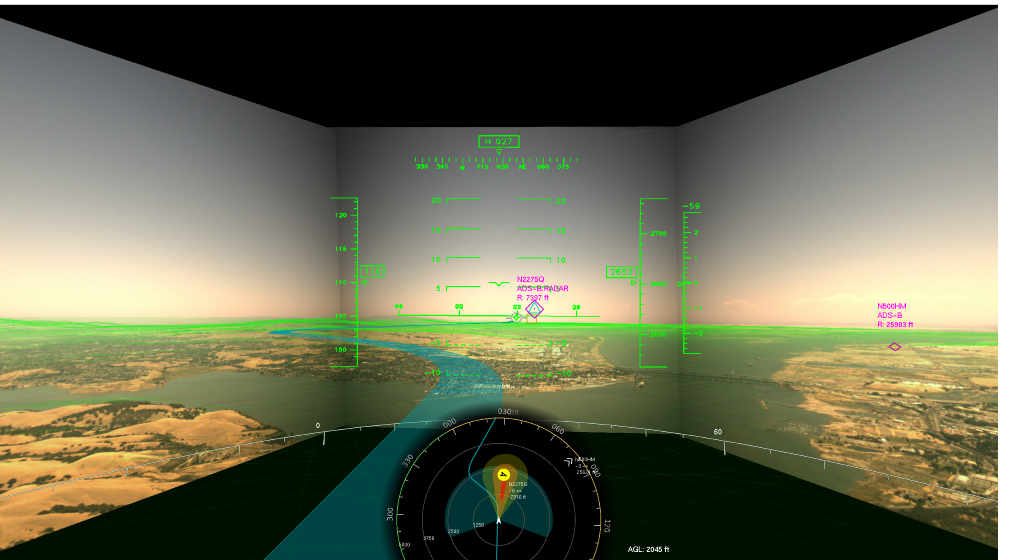 Xwing’s goal is to integrate the Cessna Caravan into the traffic pattern like any other VFR aircraft, with landing guided by GPS and vision-based systems to ensure the aircraft is aligned with the runway. An Xwing detect-and-avoid system will keep an eye out for other aircraft. Credit: Xwing

A number of autonomous cargo aircraft, such as drones and Cessna Caravans filled with autonomous systems, are under development. Some experts, in fact, expect them to make their debut before electric vertical takeoff and landing aircraft, or eVTOLs, designed to carry passengers.

“We think the market for this sort of unmanned aircraft delivering cargo is going to happen before the urban portion with passengers,” says Mike Blades, an aerospace analyst with Frost and Sullivan who is focusing on the drone market.