Broderick's aviation career started in 1991, working for Airbus in Toulouse. His industry experience includes four years with an aviation consultancy, where he helped launch a U.S. Part 121 carrier; 12 years with the American Association of Airport Executives, where he served as editor of Airport Magazine; and 20 years in full- and part-time roles with Aviation Week writing primarily about safety and the aftermarket.

By Sean Broderick Jan 30, 2023
Boeing says it will stand up its dormant third 737 final assembly line and add a fourth one at Everett to meet its ramp-up plans.
Aircraft & Propulsion

By Sean Broderick Jan 26, 2023
Boeing is shedding little light on when it expects to be done certifying the final two 737 MAX family variants.
Safety, Ops & Regulation 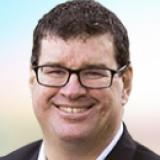