Irene Klotz is Space Editor for Aviation Week, based in Cape Canaveral. Before joining Aviation Week in 2017, Irene spent 25 years as a wire service reporter covering human and robotic spaceflight, commercial space, astronomy, science and technology for Reuters and United Press International. She also worked with Discovery Communications, Discovery News and was a founding member of Space.com.

Irene cut her teeth on the space beat at Florida Today newspaper, a business writer enchanted by the colorful entrepreneurs who wanted access to Air Force launch facilities and assets after commercial payloads were taken off the space shuttles following the 1986 Challenger accident. Commercial space remains the focus of her work, along with a keen interest in the search for life beyond Earth.

A graduate of Northwestern University, Irene is the 2014 recipient of the Harry Kolcum Memorial News and Communications Award, named in honor of the late Aviation Week managing editor and Cape Canaveral senior editor who was among Irene’s earliest mentors. 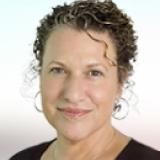