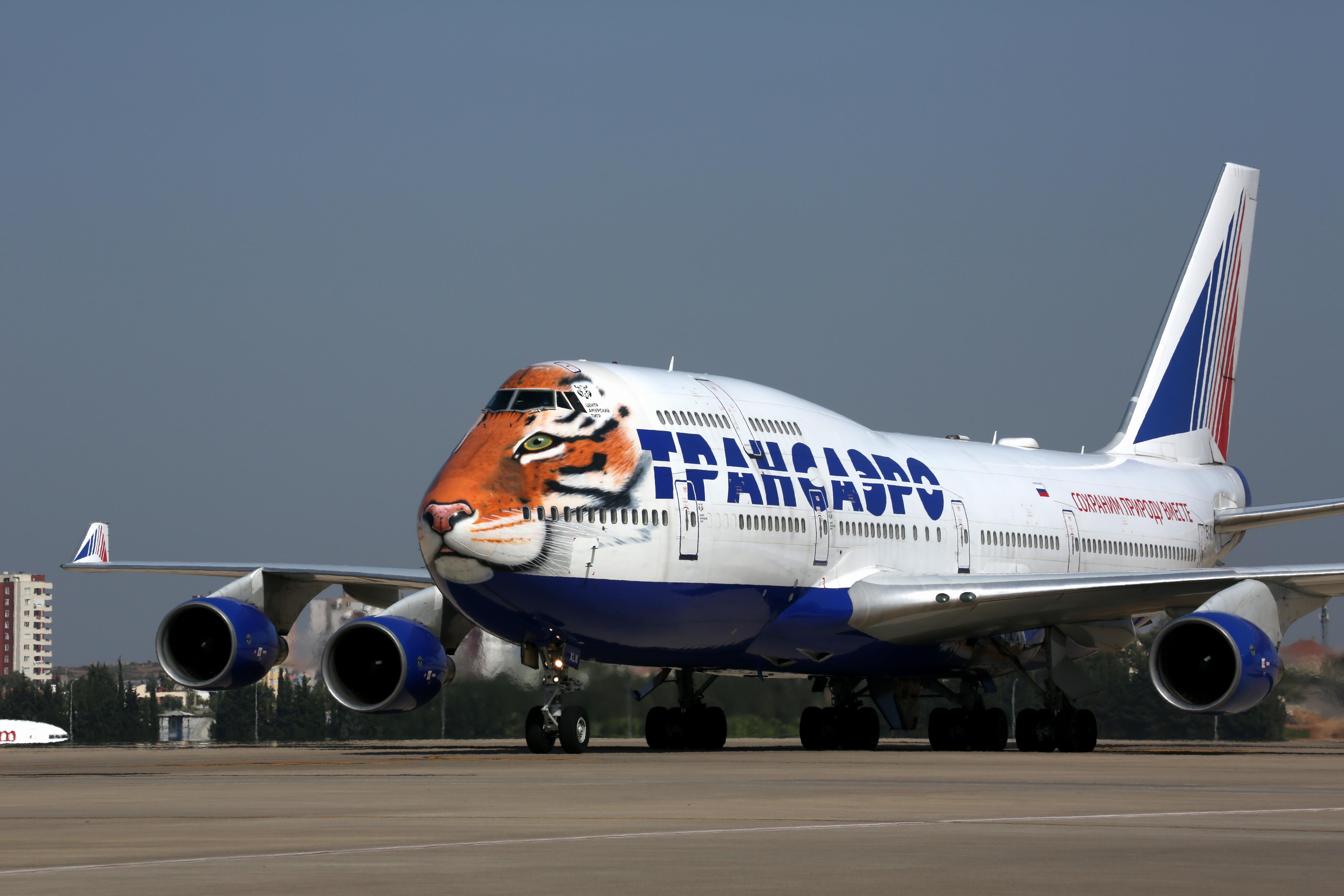 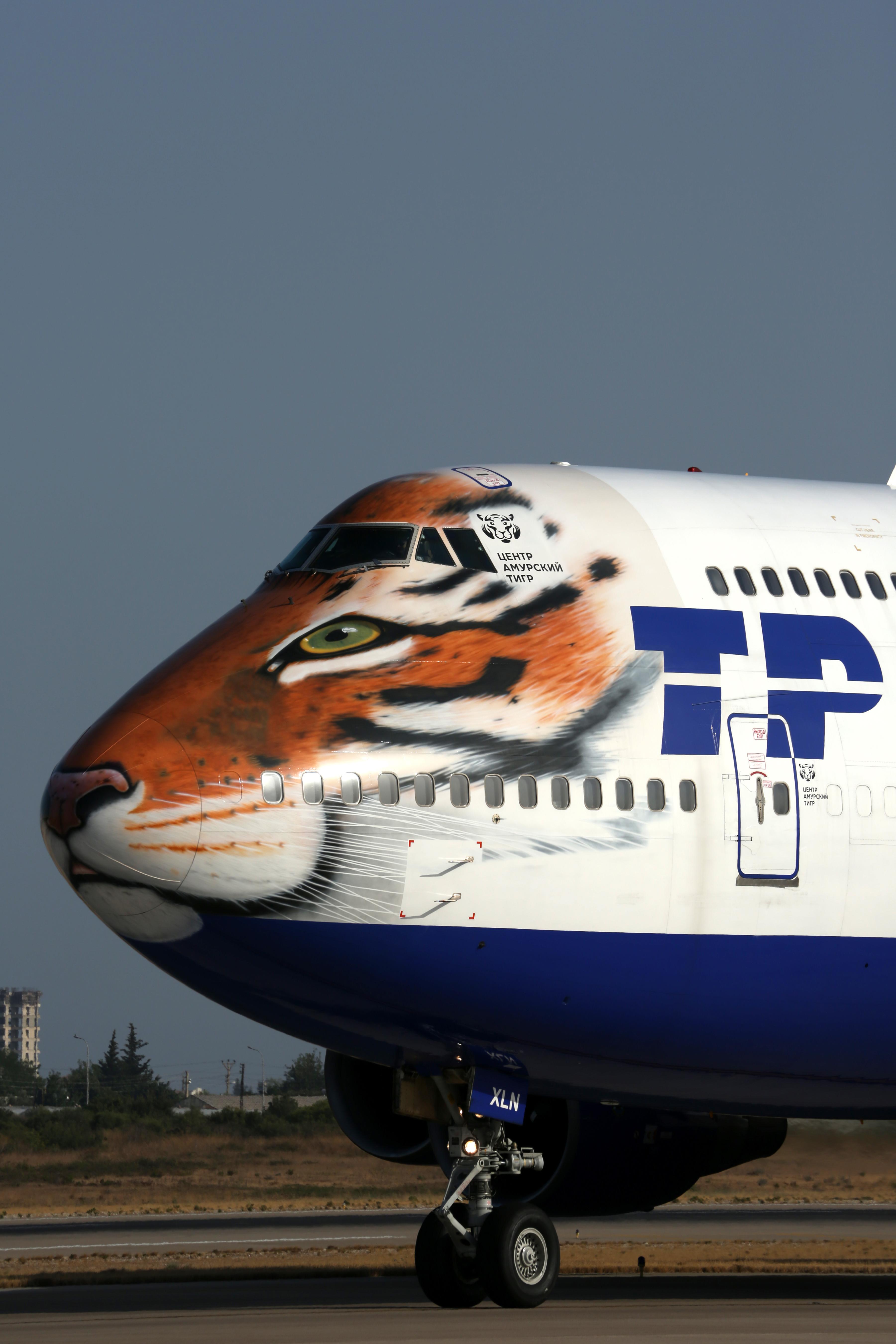 Transaero has begun a project called "Striped Flight" designed to bring international attention to the issues of environmental proctection and conservation of rare and endangered species.  This is a joint project between Transaero and the Amur Tiger Centre. The Moscow-based airline has painted a Siberian Tiger face on the nose of its Boeing 747-400 EI-XLN.

The Amur Tiger population in Russia, based on a 2015 survey, has stabilized at around 510-540, but in the next decade the survival of the tiger population will depend on a concerted community effort.

The Amur Tiger Center, located in Moscow and Vladivostok, specializes in the protection of Siberian Tigers. For more information, visit the Amur Tiger Programme.

Transaero's AOC has been canceled by Rosaviatsia as of Oct. 26; S7 Group co-owner Vladislav Filev has purchased 51% of Transaero's shares.