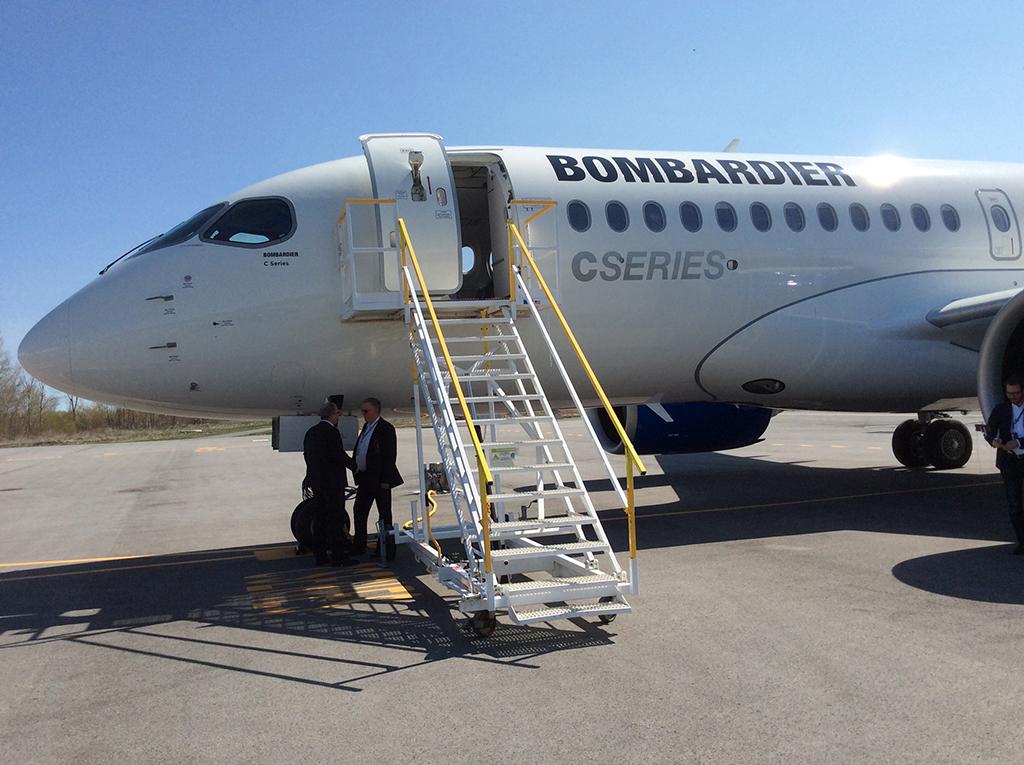 A Bombardier CS100 parked on the apron of Montreal-Mirabel International Airport. The aircraft is equipped with a full cabin in a single-class layout. 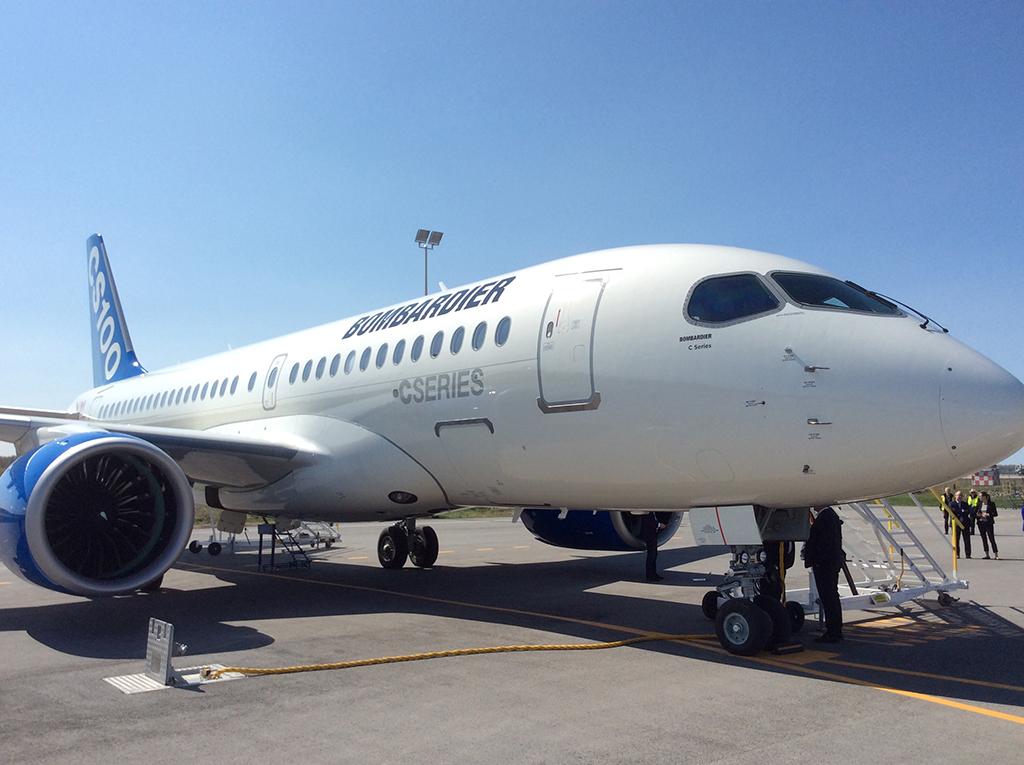 Bombardier expects certification from the FAA and European Aviation Safety Agency for the CS100 next month. It was certified by Transport Canada in December 2015. Swiss International Air Lines will take delivery of its first aircraft at the end of June. 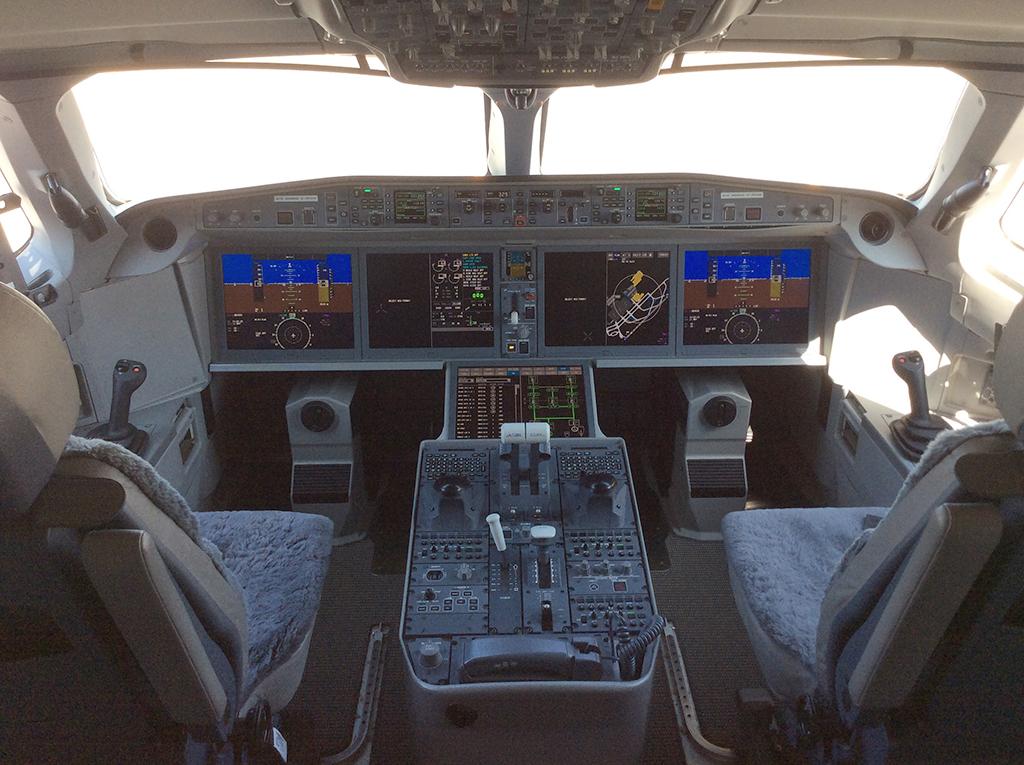 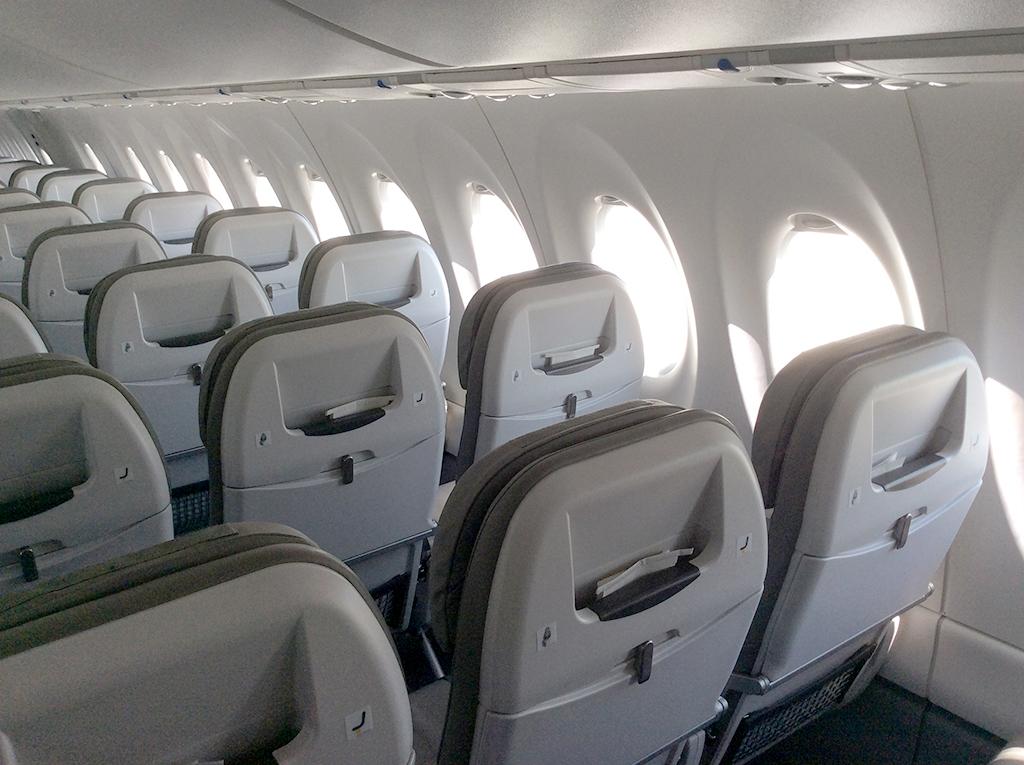 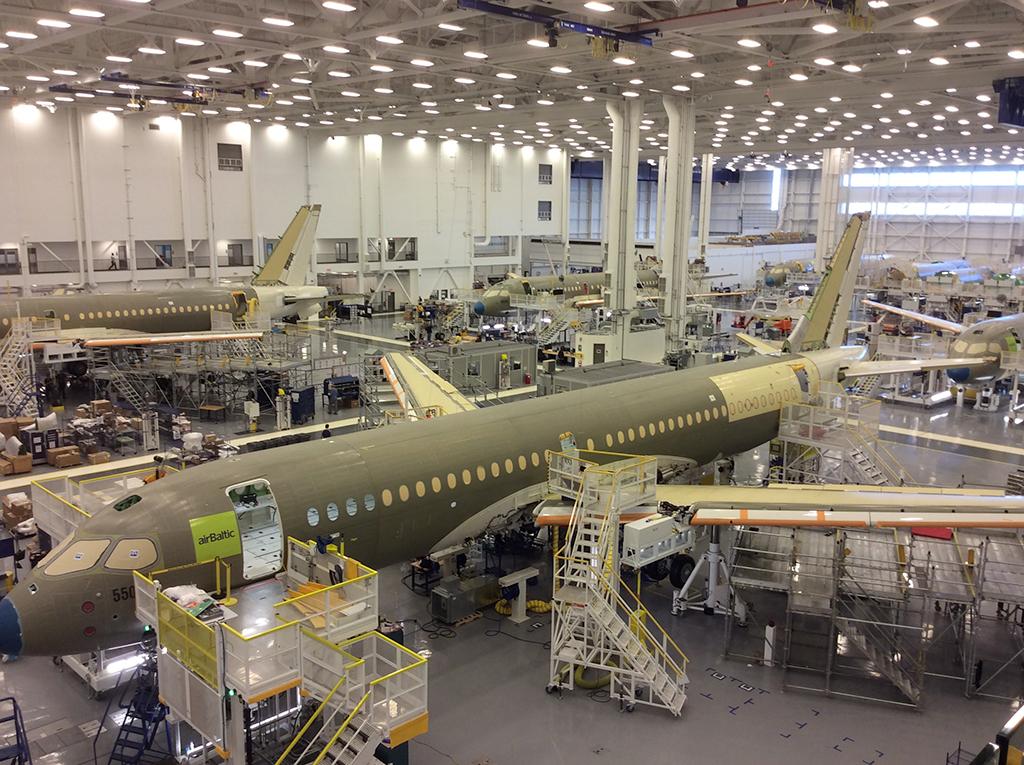 All positions are occupied in the final assembly lines. One of Air Baltic’s first CS300s is pictured in the foreground.  Bombardier operates two parallel lines with three stations each. 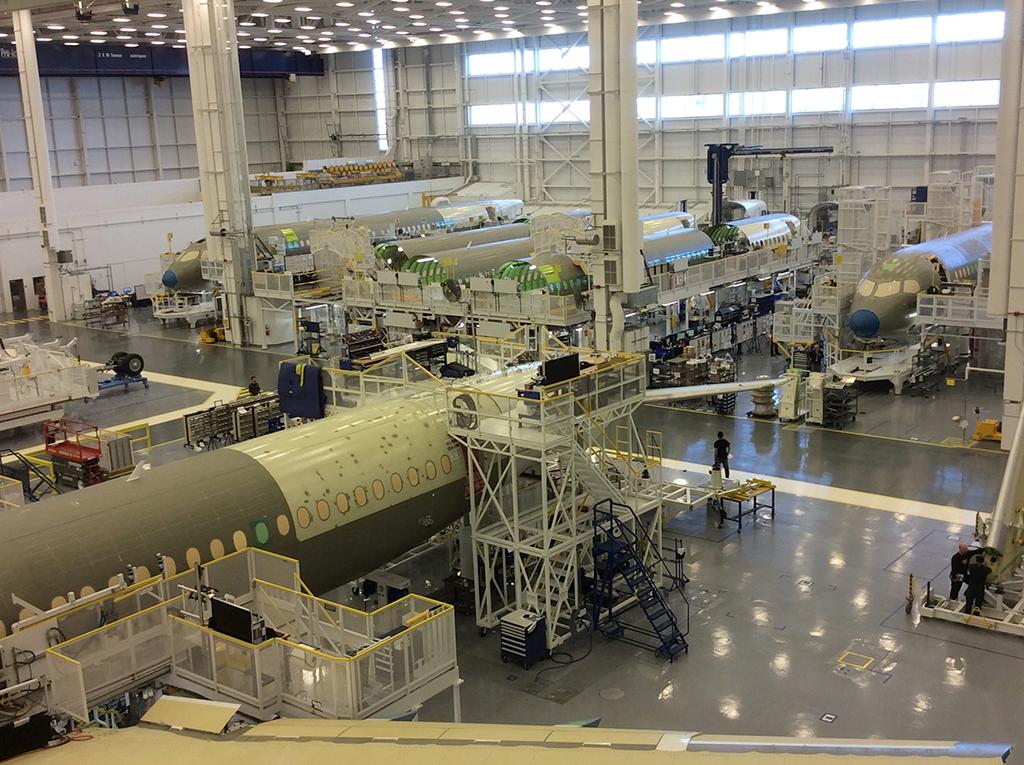 Wings, gear and the empennage are installed at the second station in final assembly. The aircraft then move to the final position, where power-on checks are performed, among other things.

Bombardier plans to deliver the first C Series aircraft to Swiss International Air Lines before the end of June. All stations in the two final assembly lines are occupied, and among the aircraft being built are units for Swiss and Air Baltic, which will receive the first stretched CS300.‎ Bombardier targets 15 C Series deliveries this year and more than double that output in 2017. Aviation Week was allowed into the hall with a group of reporters this month.