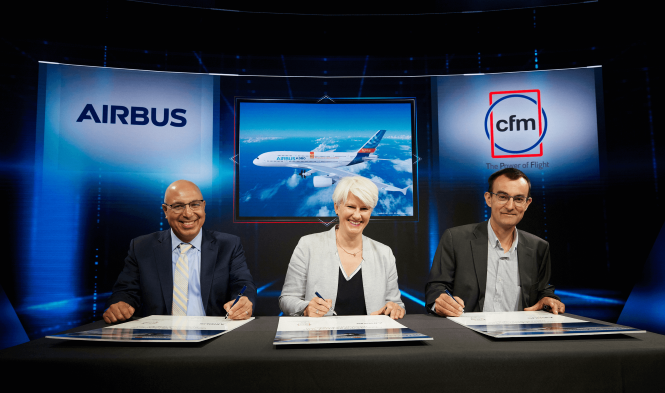 Airbus and CFM International are collaborating to flight test CFM’s open fan engine architecture. The flight test demonstrator aims to mature and accelerate the development of advanced propulsion technologies, as part of CFM’s Revolutionary Innovation for Sustainable Engine (RISE) demonstration program, on board an Airbus A380. The flight test campaign will be performed in the second half of this decade from the Airbus Flight Test facility in Toulouse, France. Ahead of the A380 test flights, CFM will perform engine ground tests, along with flight test validation at GE Aviation’s Flight Test Operations center in Victorville, California. The flight test program will achieve several objectives that could contribute to future engine and aircraft efficiency improvements, including: enhanced understanding of engine/wing integration and aerodynamic performance as well as propulsive system efficiency gains; validating performance benefits, including better fuel efficiency that would provide a 20% reduction in CO2 emissions compared to today’s most efficient engines; evaluating acoustic models; and ensuring compatibility with 100% sustainable aviation fuels (SAF). Pictured: From left: GE Aerospace VP-engineering Mohamed Ali; Airbus chief technical officer Sabine Klauke; and Safran Aircraft Engines VP-commercial engines François Bastin. 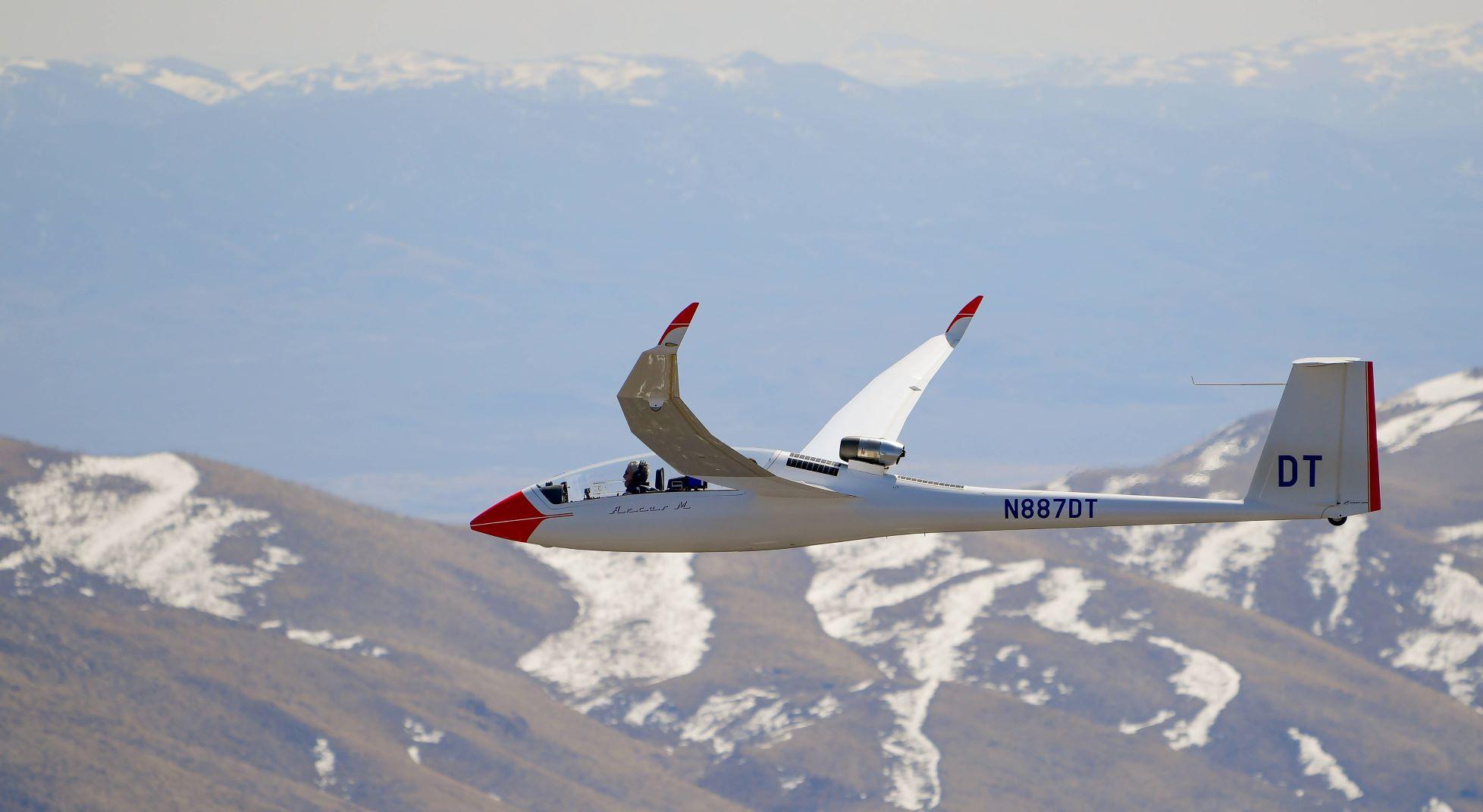 Airbus UpNext will begin a flight test program to study the contrails produced by a hydrogen combustion engine as part the Company’s ZEROe roadmap. The project, named “Blue Condor,” will launch two modified Arcus gliders, one equipped with a hydrogen combustion engine and one equipped with a conventional kerosene-powered combustion engine, in order to compare contrails emitted at high altitudes. The German Research Centre DLR will collect and analyze data captured using their measurement instrumentation sensors on a chase aircraft, while Airbus will ensure the provision of the hydrogen system and equipment, including the combustion engine as well as the details of the flight test mission. To ensure 100% comparable data between the hydrogen and conventional engine, the test flights will be carried out back-to-back under the same meteorological conditions. Test flights are scheduled for late 2022 in North Dakota, USA, in collaboration with the University of North Dakota. 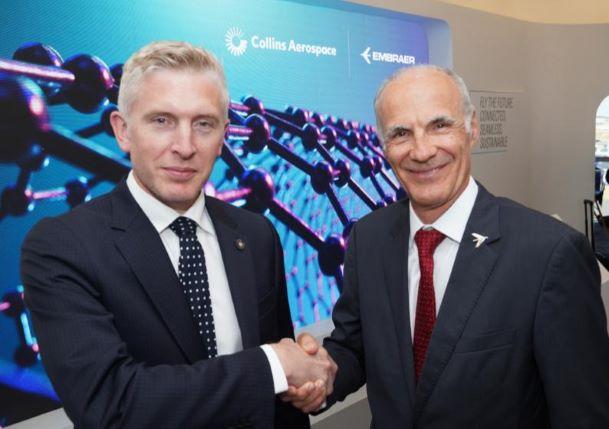 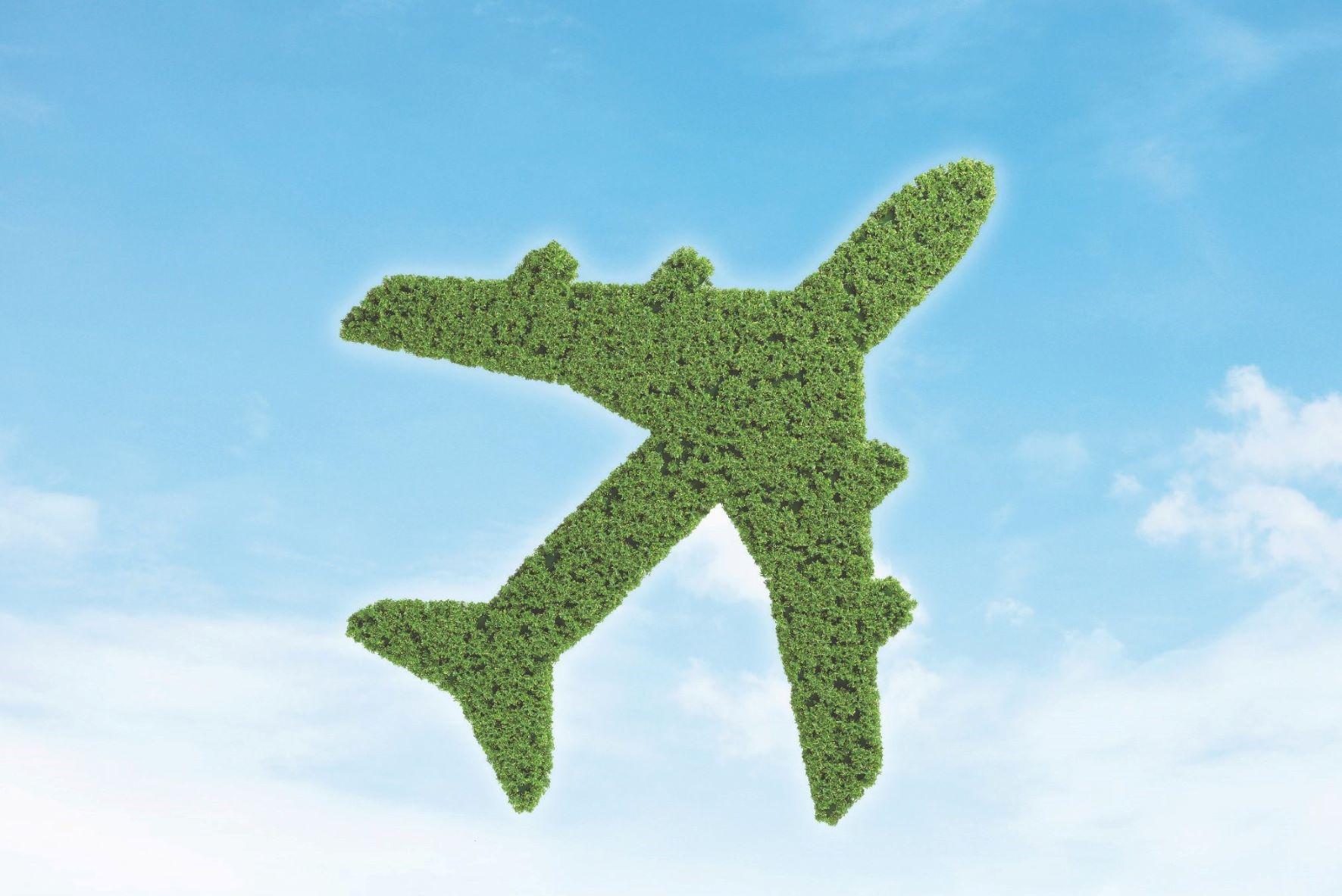 Boeing and Alder Fuels announced a new partnership to expand production of sustainable aviation fuel (SAF) around the world. Using Boeing airplanes, the companies will test and qualify Alder-derived SAF, advance policies to expedite the transition to renewable energy in aviation, and grow the amount of SAF for the global aerospace market. Alder Fuels' proprietary technology enables the efficient conversion of abundant, sustainable forest residues and regenerative biomass into a low-negative carbon “Greencrude” for jet fuel conversion. The Alder product is suitable for conversion into drop-in SAF, meaning it can be produced by existing refineries with their current equipment and infrastructure. Alder expects completion of its first plant in 2024. 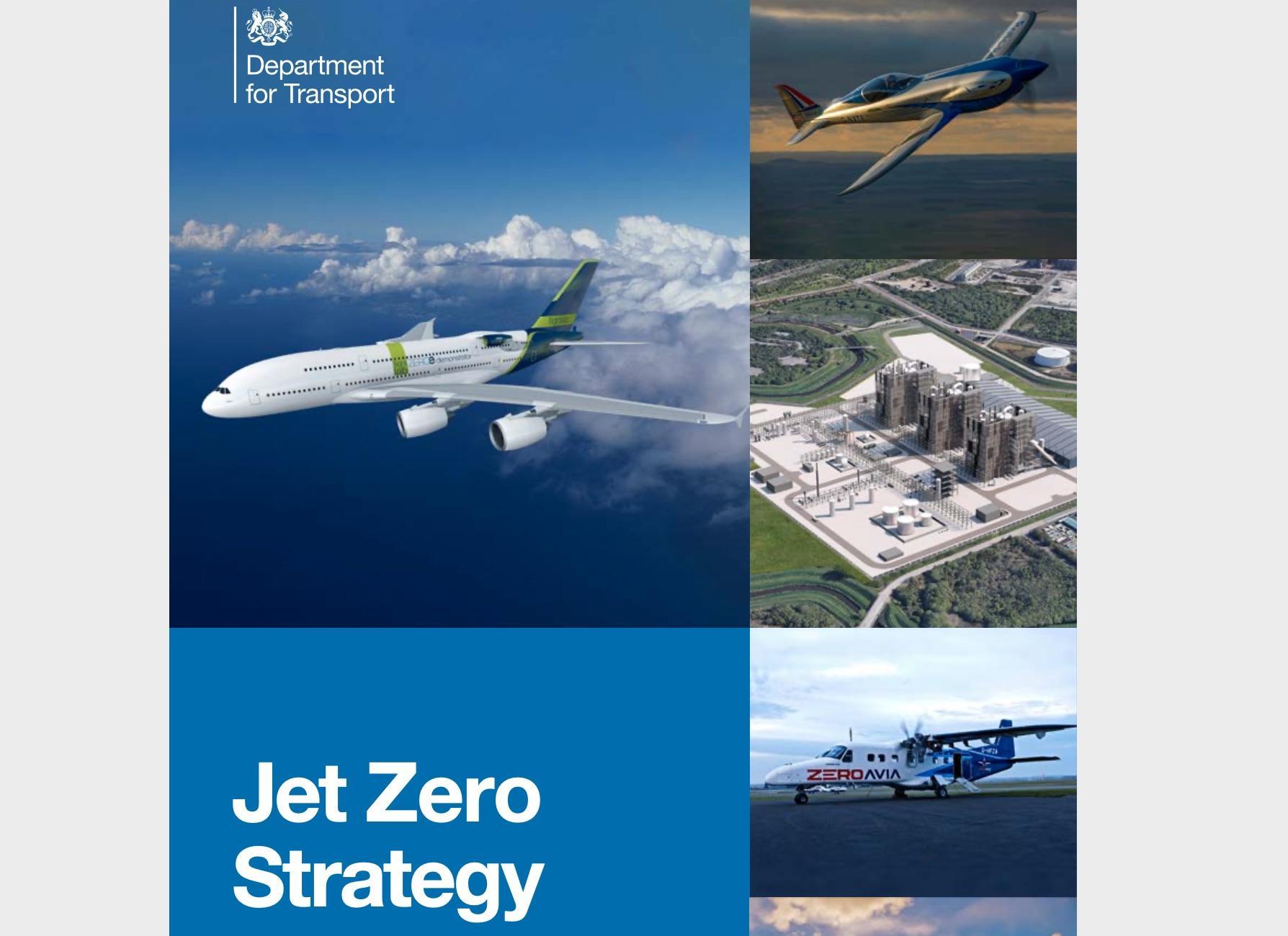 The UK government's Jet Zero Strategy—described by British Transport Minister Grant Shapps as “literally Britain's pitch to get to net-zero aviation”—has been published. The 83-page document sets out a timetable of aspirations that will help the UK become a zero-carbon aviation nation by 2050, with funding pledges attached to some of the nearer-term targets. 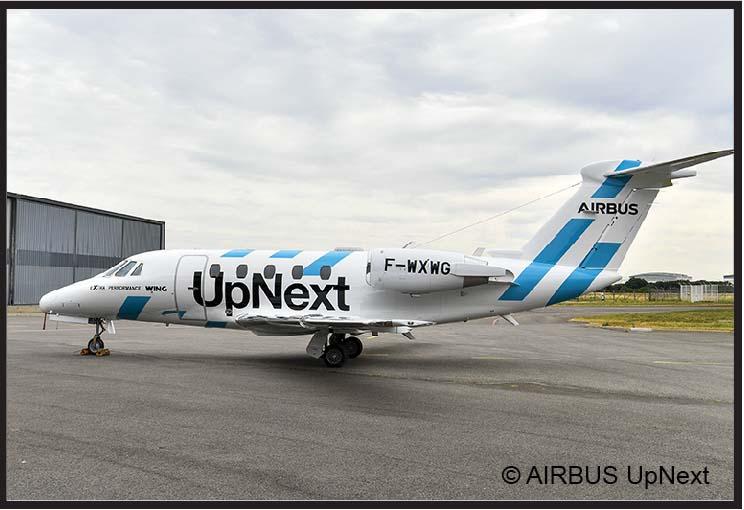 UK LCC easyJet CEO Johan Lundgren announced a multi-million-pound investment in a new partnership with Rolls-Royce, called H2ZERO, which aims to explore hydrogen propulsion technologies. Rolls-Royce chief technology and strategy officer Grazia Vittadini said the partnership aims to demonstrate that hydrogen has the potential to power aircraft from the mid-2030s onwards, ultimately including narrowbodies. The open-ended cooperation will see the two companies cooperate on a series of early concept ground tests of a Rolls-Royce AE 2100 engine in the UK, which will begin later this year. This will be followed by a full-scale ground test of a Rolls-Royce Pearl 15 jet engine, with the location yet to be decided. This builds on initial hydrogen combustion and fuel system rig tests that Rolls-Royce is performing in partnership with Cranfield and Loughborough universities in the UK. 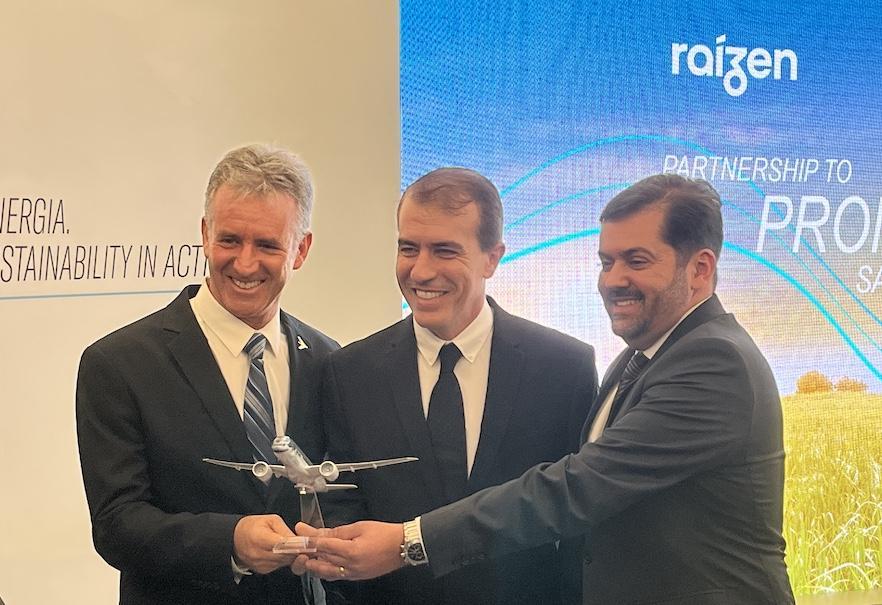 Embraer and Brazilian fuel producer Raízen signed an LOI with the aim of increasing the development of sustainable aviation fuel (SAF) in the South American nation. Few details about timelines or the type and quantity of SAF were provided. However, the aim is that Raízen will help Embraer reach its target of having SAF blends representing 100% of its fuel consumption within Brazil by the end of the decade. Raízen is already a producer of ethanol, which is widely used as a motor vehicle fuel in Brazil and also to power Embraer’s agricultural aircraft. The company said it has already cut the equivalent of 30 million tons of carbon dioxide but aims to step up production to the tune of an extra 10 million tonnes per year. Pictured: From left: Embraer VP people, ESG and communications Carlos Alberto Griner; Raízen VP marketing and services Antonio Cardoso; and Embraer chief procurement officer Roberto Chaves de Deus mark the signing at Farnborough Airshow. 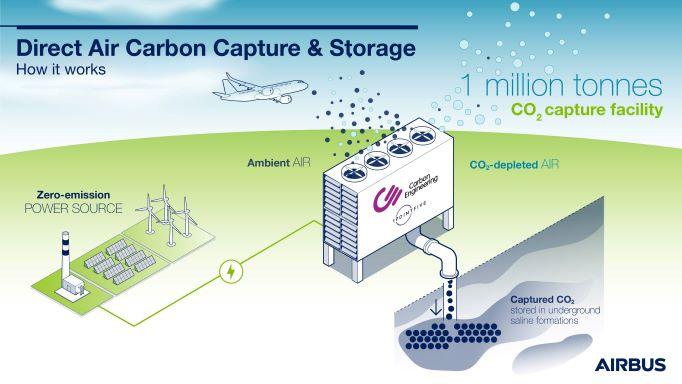 Airbus and a number of major airlines—Air Canada, Air France-KLM, easyJet, International Airlines Group, LATAM Airlines Group, Lufthansa Group and Virgin Atlantic—signed letters of intent to explore opportunities for a future supply of carbon removal credits from direct air carbon capture technology. Direct Air Carbon Capture and Storage is a high-potential technology that involves filtering and removing CO2 emissions directly from the air using high powered fans. Once removed from the air, the CO2 is safely and permanently stored in geologic reservoirs. As the aviation industry cannot capture CO2 emissions released into the atmosphere at source, a direct air carbon capture and storage solution would allow the sector to extract the equivalent amount of emissions from its operations directly from atmospheric air. As part of the agreements, the airlines have committed to engage in negotiations on the possible pre-purchase of verified and durable carbon removal credits starting in 2025 through to 2028. 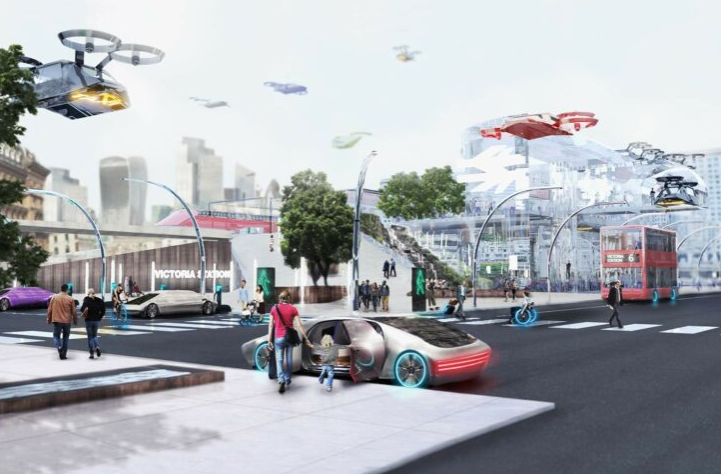 The UK announced a series of investment packages worth a total of £273 million ($327 million) to further its green aviation agenda. Some £155 million, described as “joint government-industry funding,” will be devoted to supporting new projects exploring the use of hydrogen, battery technology and efficient manufacturing processes. A further £105.5 million, again described as joint government-industry funding, will go to 17 projects “focused on developing air transport systems and enabling new vehicle technologies through the Future Flight Challenge.” The remaining £12 million is being allocated to projects that could help clear a regulatory pathway to enable the integration of package-delivery drones and flying taxis into British airspace. The money will be available in up to 12 tranches worth £1 million each; bids are invited from July 21. 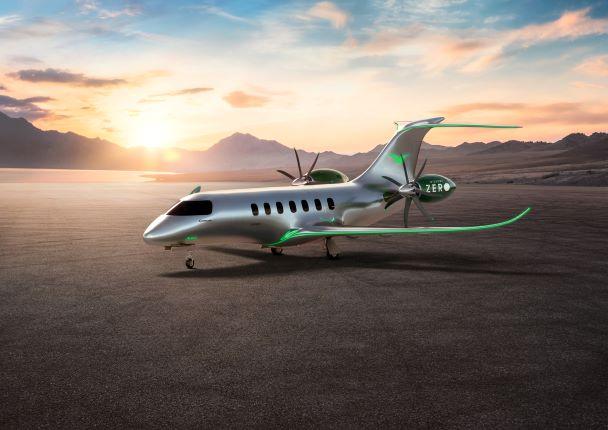 Norwegian regional airline Widerøe, which has committed to be one of the first airlines in the world to be emission-free, signed an MOU with Embraer that will see the companies working together to define and establish the real-world requirements for sustainable, emission free and commercially viable aviation. The companies will collaborate to define requirements such as infrastructure, ground handling, aircraft performance (range, speed, etc.), and cargo space, etc. The Energia Advisory Group will help accelerate time to market and ultimately inform the choice of which Energia concept will come to market first. 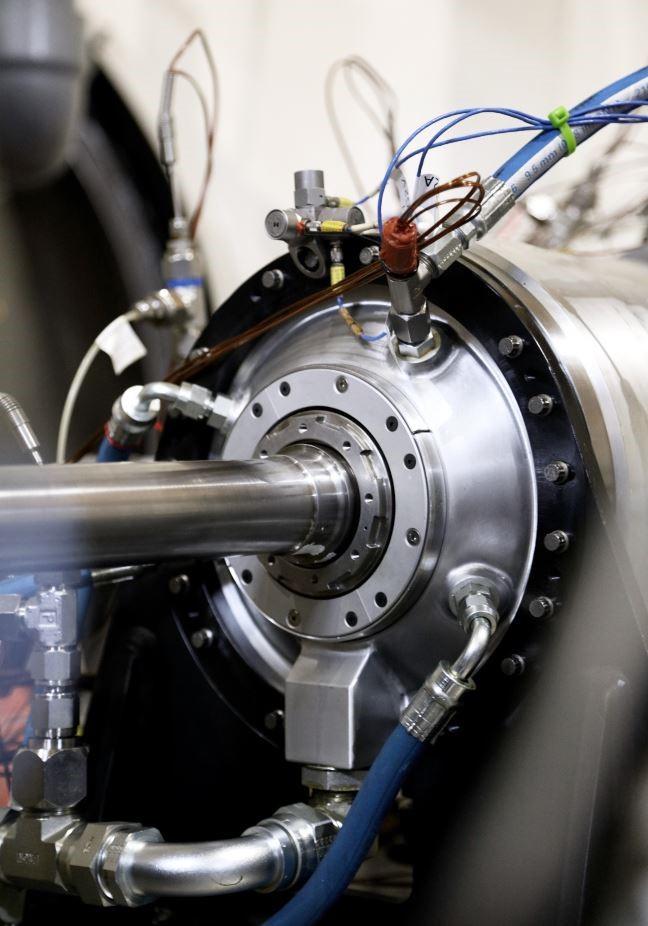 GE Aviation completed the first test of a megawatt (MW)-class and multi-kilovolt (kV) hybrid electric propulsion system in altitude conditions that simulate single-aisle commercial flight, the company announced the second day of the Farnborough Airshow. The test of the high power, high voltage system—including electric motor/generators, power converters, power transmission and power control systems—successfully demonstrated performance and operation of the components in a replicated flight environment. “This helps validate the architecture of the hybrid electric propulsion systems GE is developing. It’s also an important, necessary step in GE’s technology programs with NASA to develop a hybrid electric propulsion system for flight tests later this decade and for entry into service in the mid-2030s,” GE said in a statement. 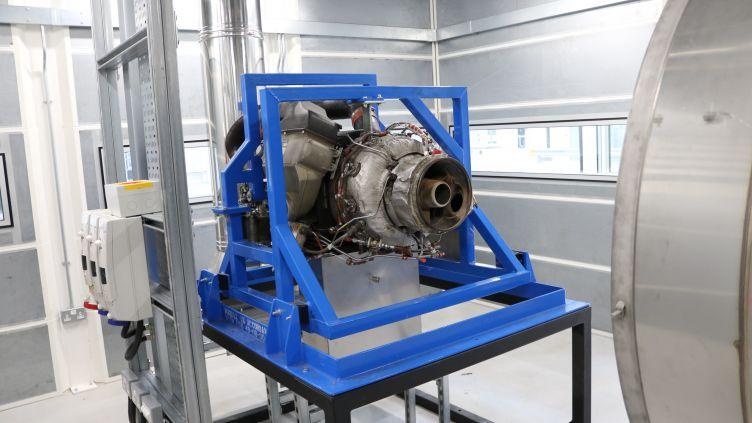 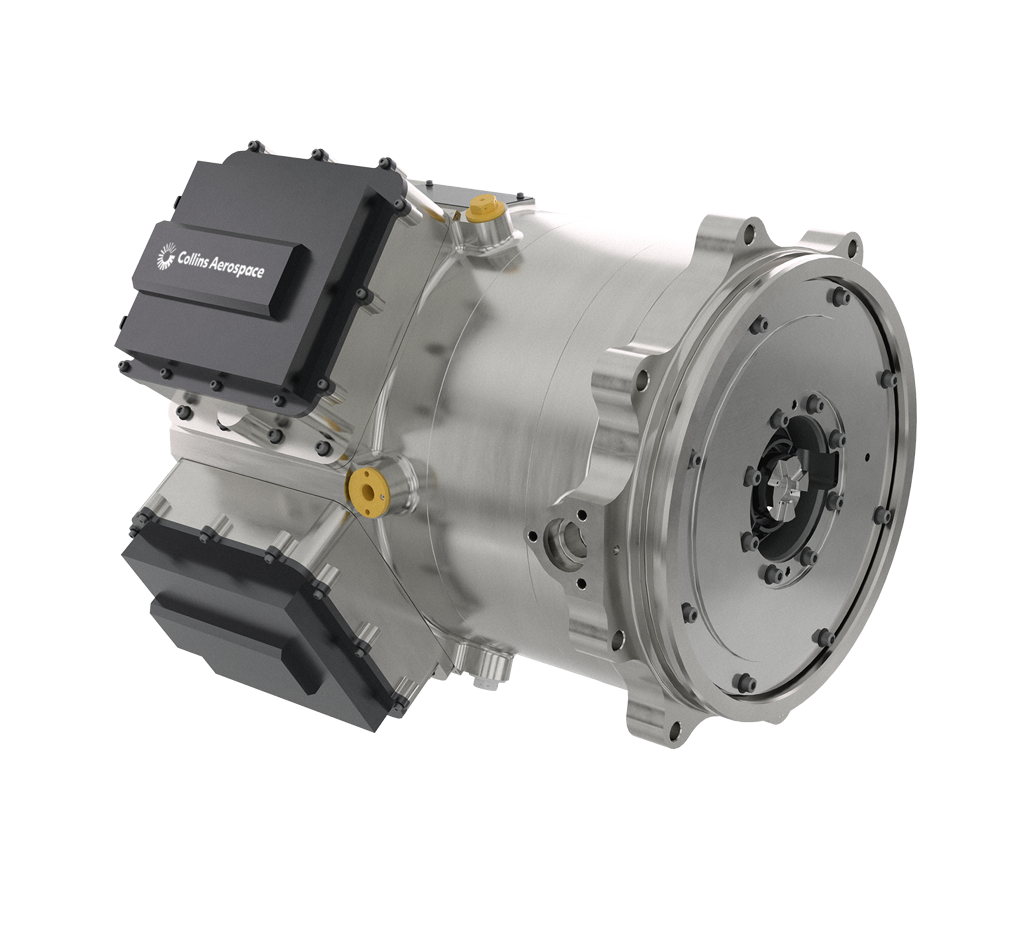 Collins Aerospace has completed preliminary design review of the 1-megawatt electric motor and motor controller the company is developing for Pratt & Whitney Canada’s (P&WC) regional hybrid-electric flight demonstrator. Collins said it has tested both systems to full current, voltage and speed, and plans to send prototypes to P&WC for ground testing later this year. Flight testing of the demonstrator is planned to begin in 2024 and will take place in Montreal.

As world leaders and industry heads continue to discuss the actions necessary to work towards a more sustainable future for aviation, the Farnborough International Airshow 2022 this week has shined a light on the latest innovations, insight and debates that are driving the conversation forward.

Here are some highlights of some announcements made this week.