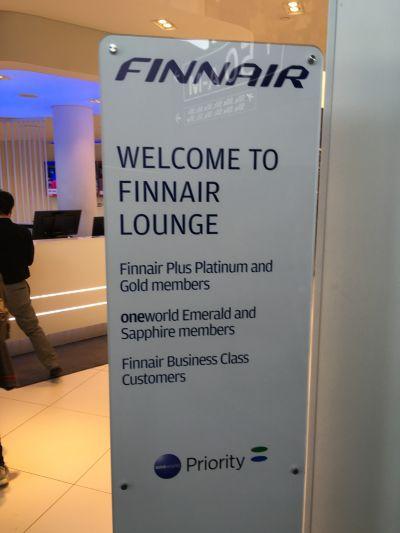 On arrival at Helsinki, with a couple of hours to spare in transit, the Finnair Lounge is an excellent place to while away an hour or so, enjoying some fine food and drink. The only down side here is that there are no windows at all, unlike many other lounges. 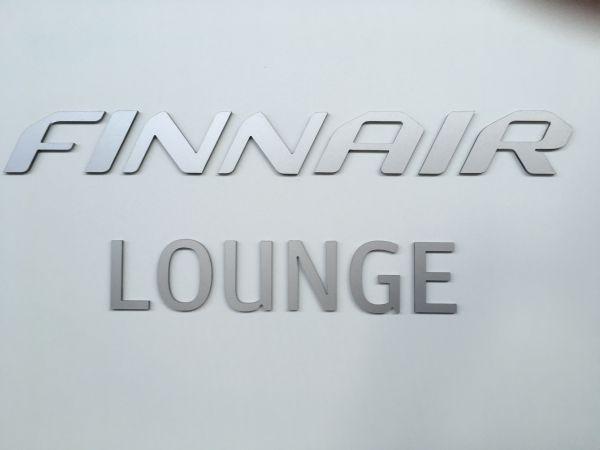 Outside The Lounge Door 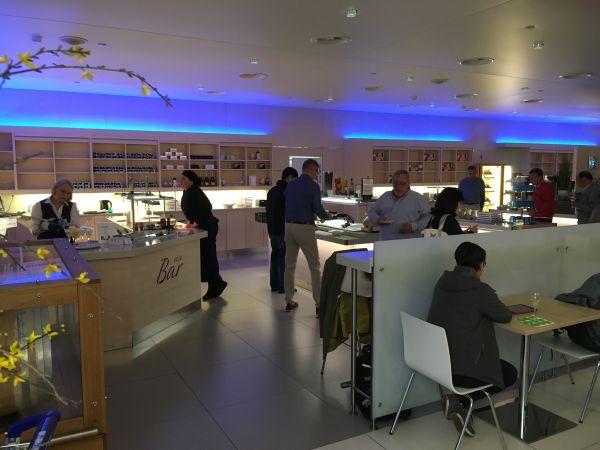 Despite its quite large size, there is plenty of space and it's fairly quiet. 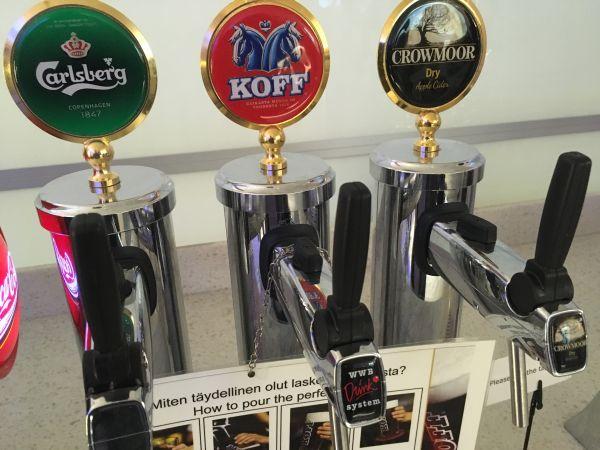 Draft Beers In The Finnair Lounge

A range of draft beers is on offer in the lounge. 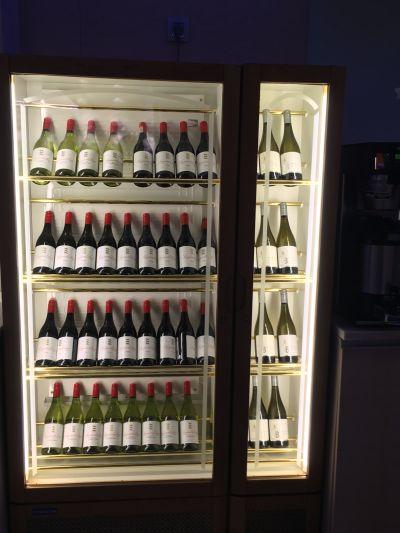 A full selection of wine is available too, including red wines in the fridge. 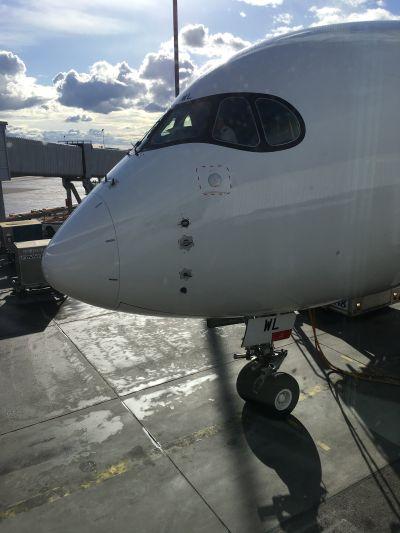 Finnair flight AY85 at the gate at Helsinki, about to depart to Beijing, one of seven destinations in China, and over 20 in the Asia region. 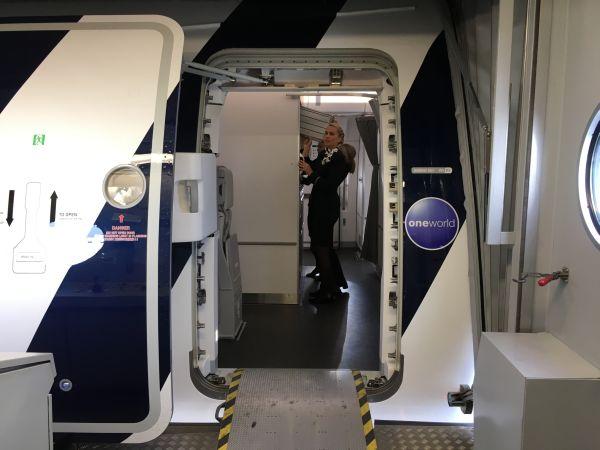 A warm welcome awaits on boarding Finnair's A350 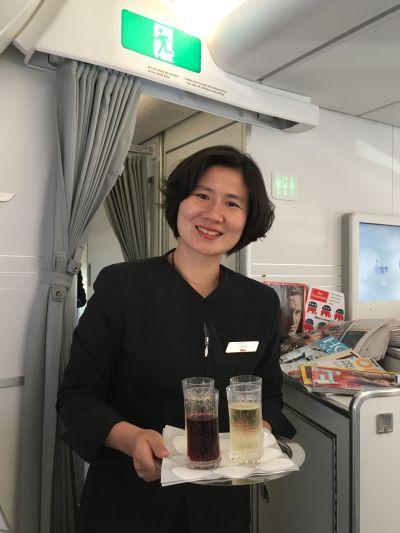 Two attendants service the Business Class Cabin, with seating for 32 on this flight, but up to 46 on others. This particular flight had around 20 passengers. Unlike most of Finnair's longhaul  flights, the services to Singapore and Hong Kong are made up of crews local to those regions. Our flight back from Hong Kong was made up of cabin crew from China, Hong Kong, Vietnam, Japan and South Korea. 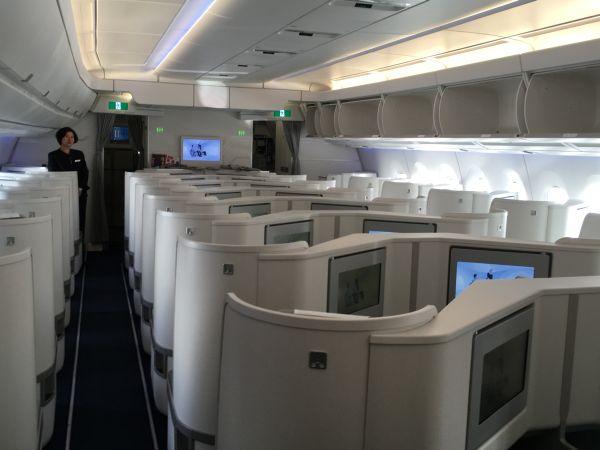 Finnair's A350s are configured in a 1-2-1 arrangement up front. Every seat is an aisle or window...or both! 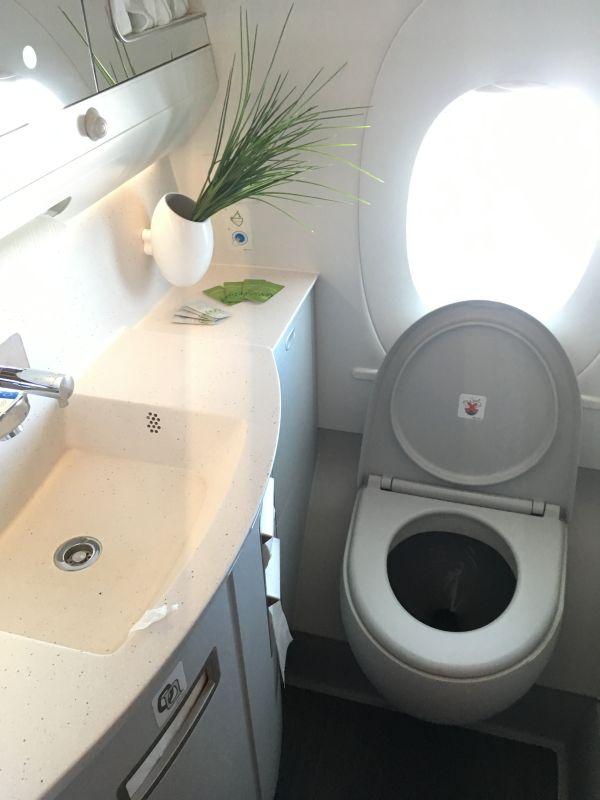 The bathroom has some nice touches, with flowers and a window, which makes it incredibly bright. It's also noticeably more roomy than down the back. 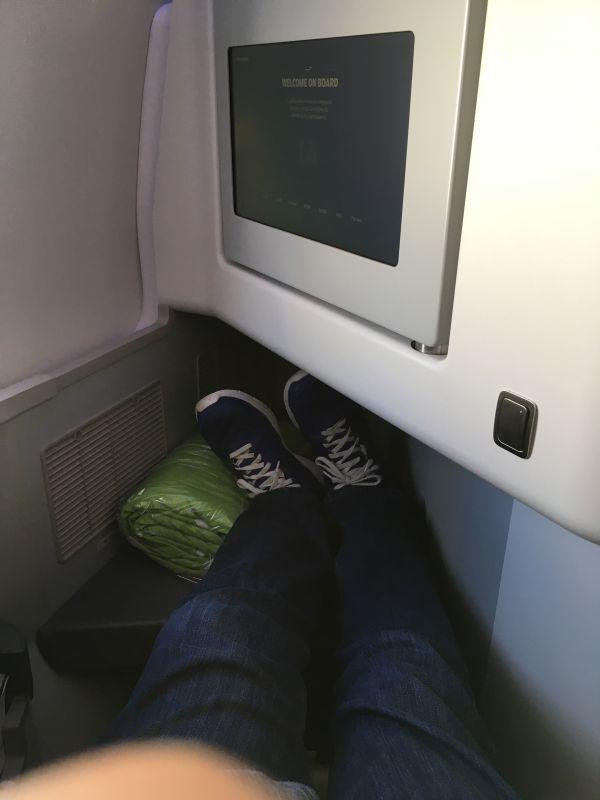 TV Screen In Seat 1A 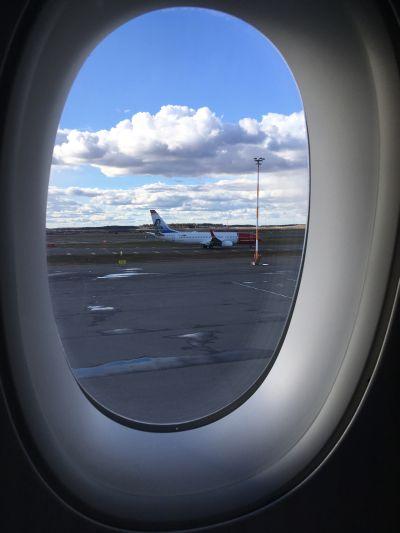 View From Seat 1A At Helsinki Airport 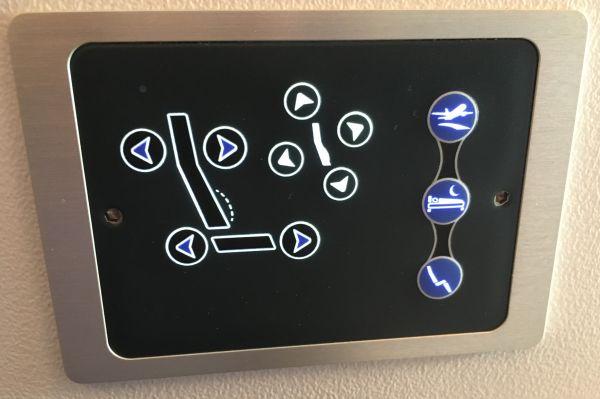 Each business class seat has a recline control panel, allowing lie flat and a myriad of other ways of getting comfortable. 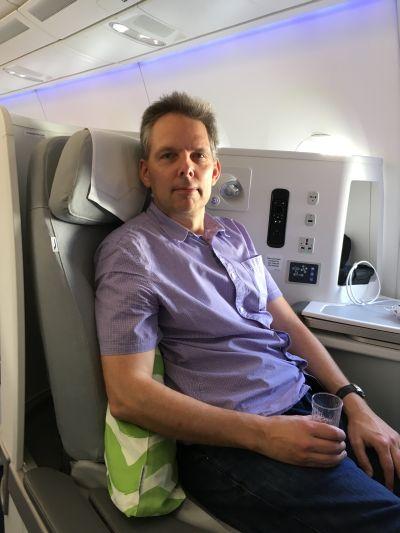 The Author In Seat 1A

Enjoying the space, quiet and amenities of business class. The A350 is also pressurized differently to most airliners apart from the Boeing 787, leaving you less jetlagged. Certainly to and from the Far East, with some decent sleep garnered, I didn't feel tired on arrival at either end. 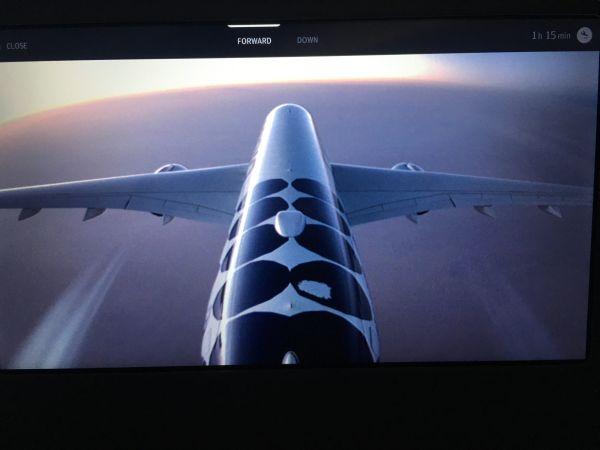 Finnair A350 En Route From Helsinki To Beijing

The look-down outside cameras are a nice feature, and here on the outbound flight to Beijing, you can see the engine trails and the special livery on this particular A350. 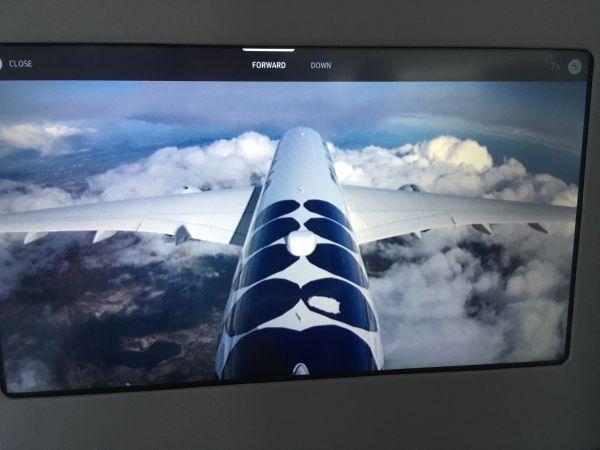 Finnair A350 En-route From Helsinki to Beijing

Another look-down view over clearer skies. 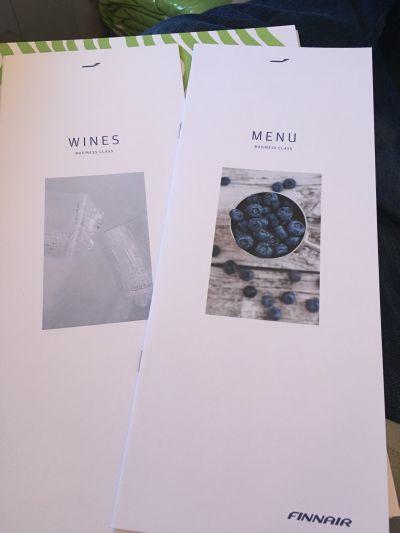 Passengers in business class are presented with two menus, one each for food and wine. 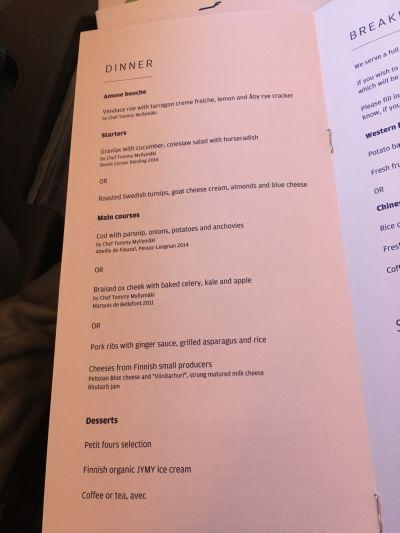 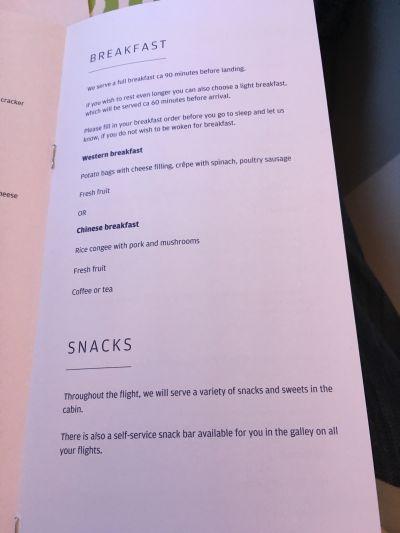 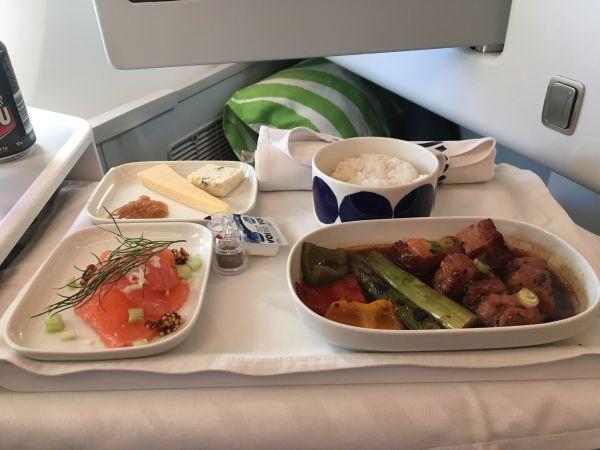 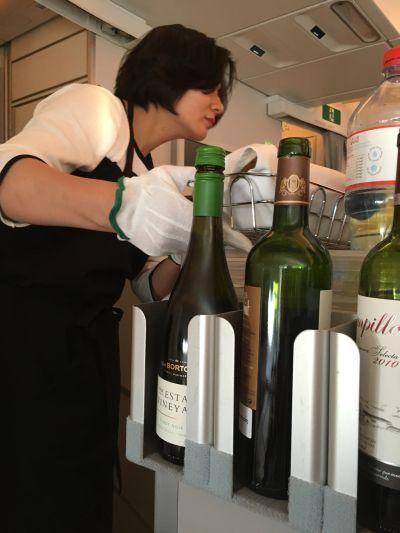 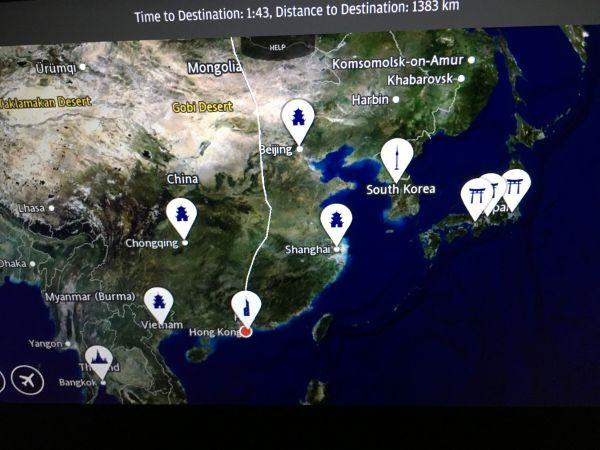 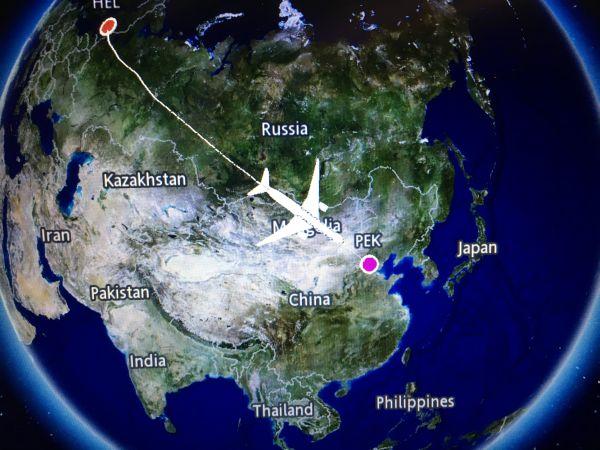 Finnair A350 in-flight map showing the direct route from Helsinki over Russia to China. 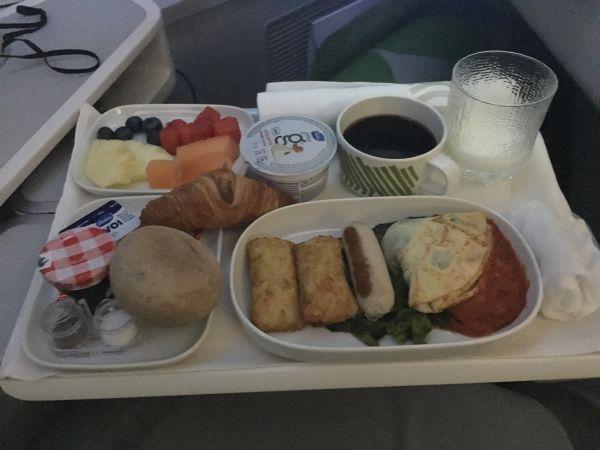 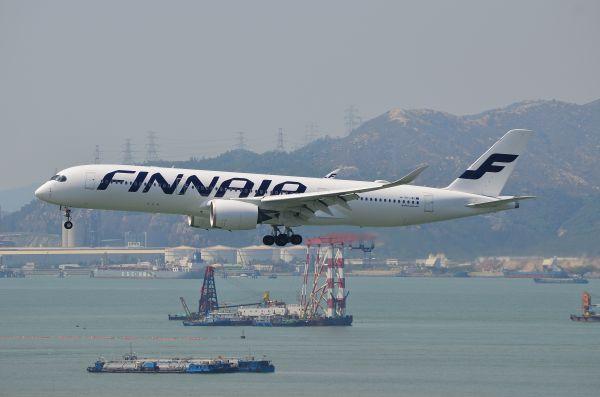 Finnair A350 Landing At Hong Kong

The author flew back from Hong Kong on this A350, seen landing earlier in the day at Chep Lap Kok Airport. 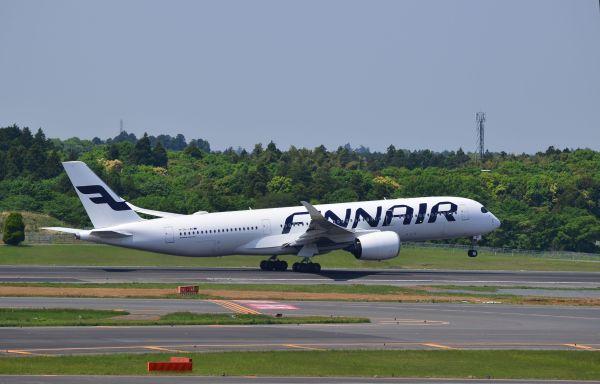 Finnair A350 Taking Off From Tokyo

Another popular destination is Tokyo-Narita, with up to two flights a day from Helsinki. 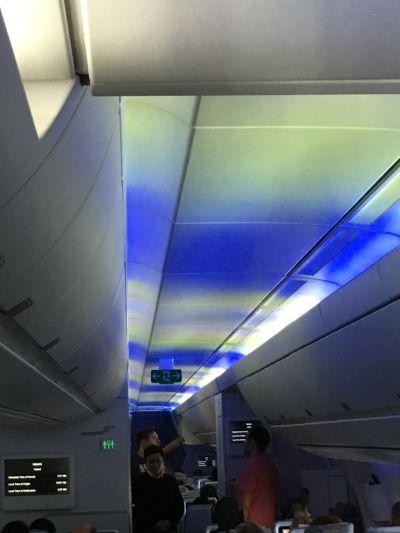 Our return flight was in economy, where the service and food were both very pleasant, as was the legroom and general comfort. A nice touch when approaching Finland on the way home was the introduction of cabin lighting representing the aurora borealis (northern lights). 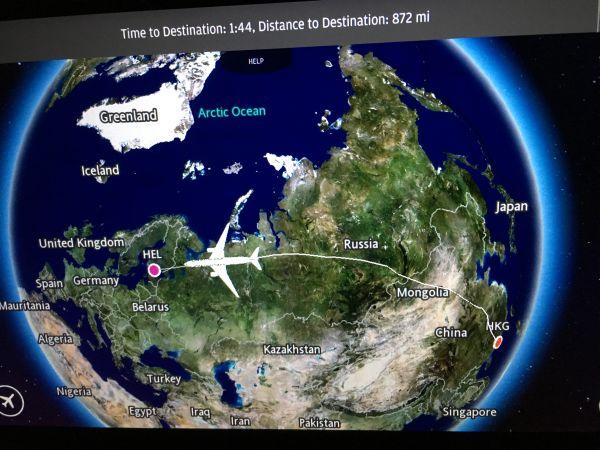 One last look at the in-flight map before arrival in Finland.

Finnair flies to over 20 destinations in Asia, including seven in China (plus Hong Kong) and five in Japan. This once-small airline now has a fleet of 19 widebody Airbus A330 and A350 aircraft, most of which are employed on routes to Asia. Using its geographical advantage, Finnair is marketing its services as the fastest routes to Asia, which for many origin points in Western Europe is certainly the case. With Helsinki Airport being a very compact, single-terminal location, with slick connections and virtually no delays, it's a smooth journey that is a world apart from the hustle and bustle of say Frankfurt, Heathrow or Paris.

Typical of many flights connecting to Asia, an A320 awaits its passengers at Manchester before flying to Helsinki.

A computer programmer originally, with a background in various non-aviation sectors for blue chip companies, Nigel started as an aviation data analyst in 1999, with BACK Aviation Solutions and has been following all aspects of aviation for almost 40 years.