An Inside Look At Boeing’s 777F EcoDemonstrator 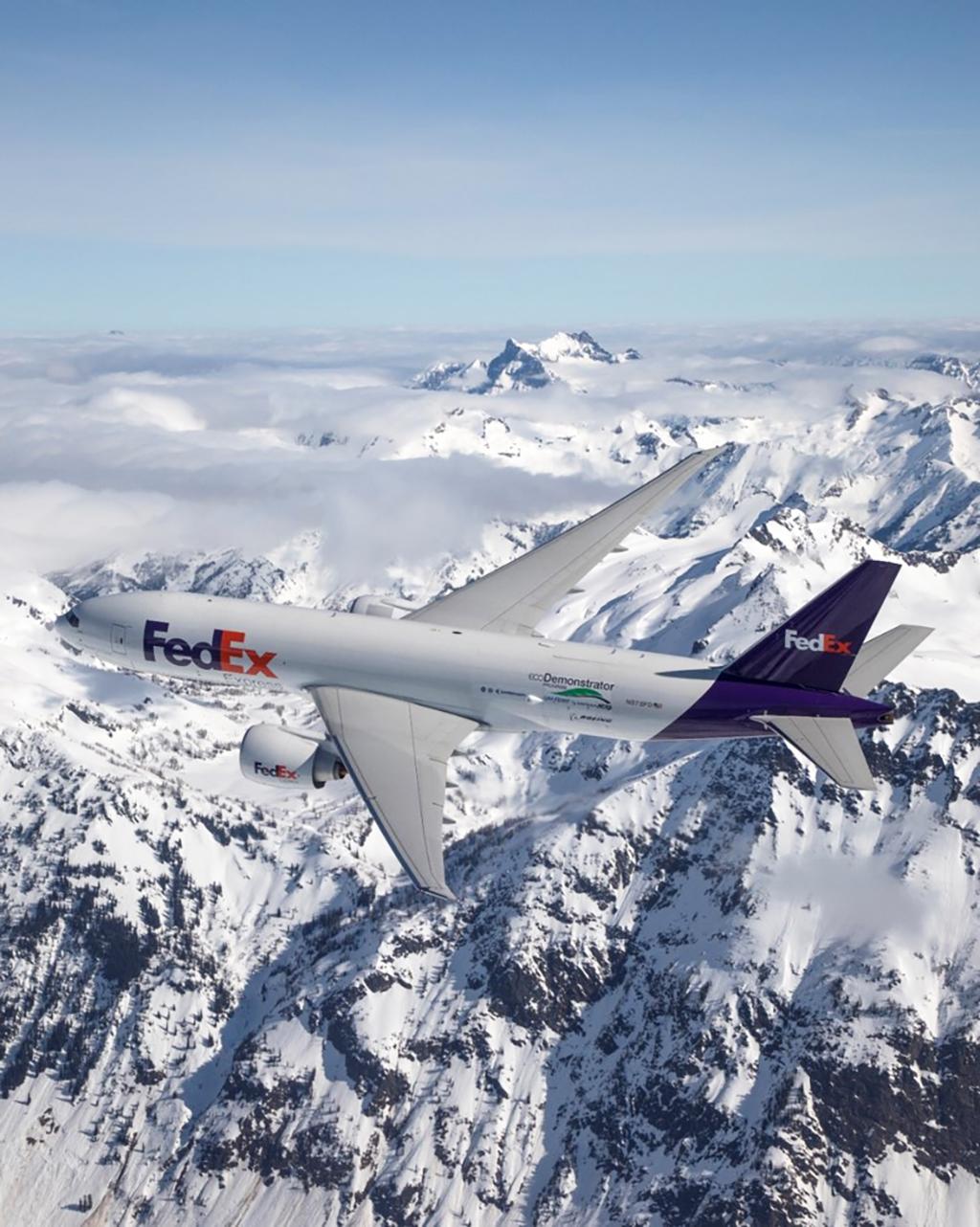 Data from 35 individual new technologies tested on the latest EcoDemonstrator, a 777F leased from FedEx, are still being analyzed after the program was completed in 2018. 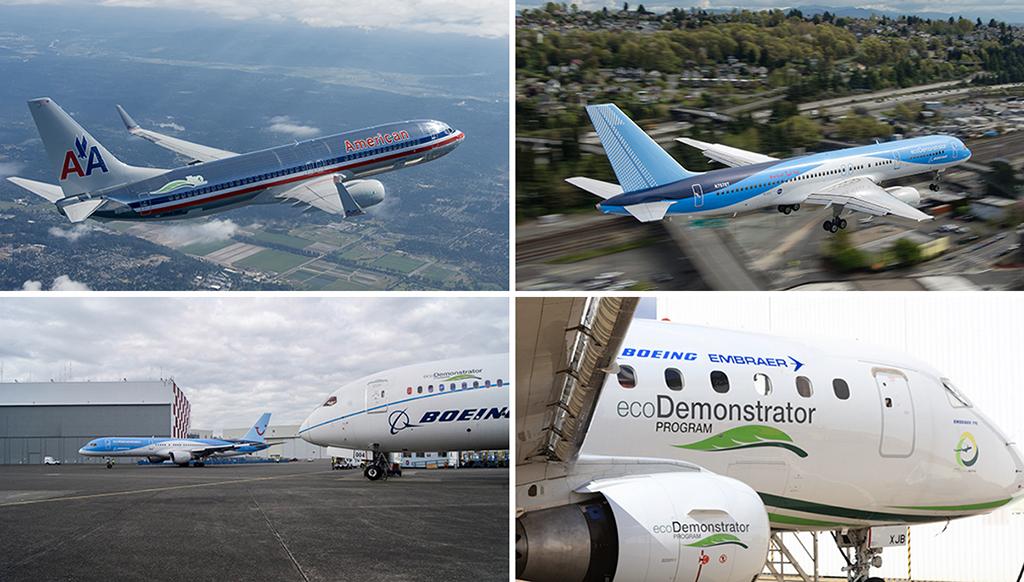 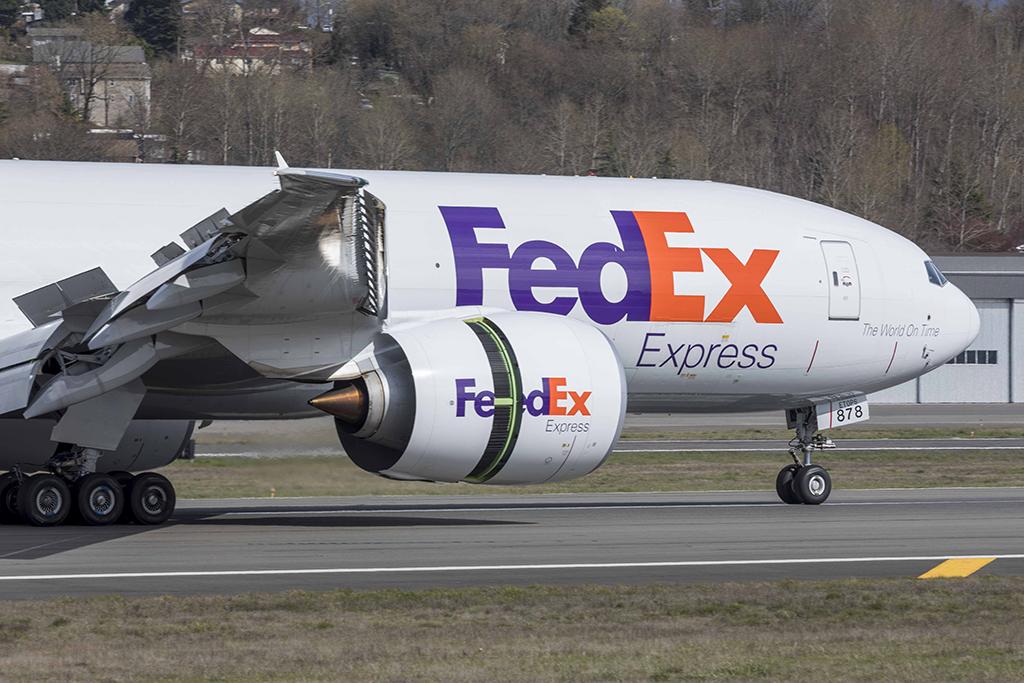 A new compact thrust reverser was tested on the 777F’s No. 2 GE90-115B engine. Designed to help offset potential pressure losses in the duct, the new reverser offers a potential total aircraft performance benefit of up to 1.5% fuel savings per seat. Boeing developed the concept, which incorporates a monolithic conic structural design, at its Propulsion South Carolina facility, where the inlet for the 737 MAX is manufactured. Although not directly applicable to the new midmarket airplane (NMA), the new reverser has taught valuable lessons about shorter nacelles that can be applied to the NMA. 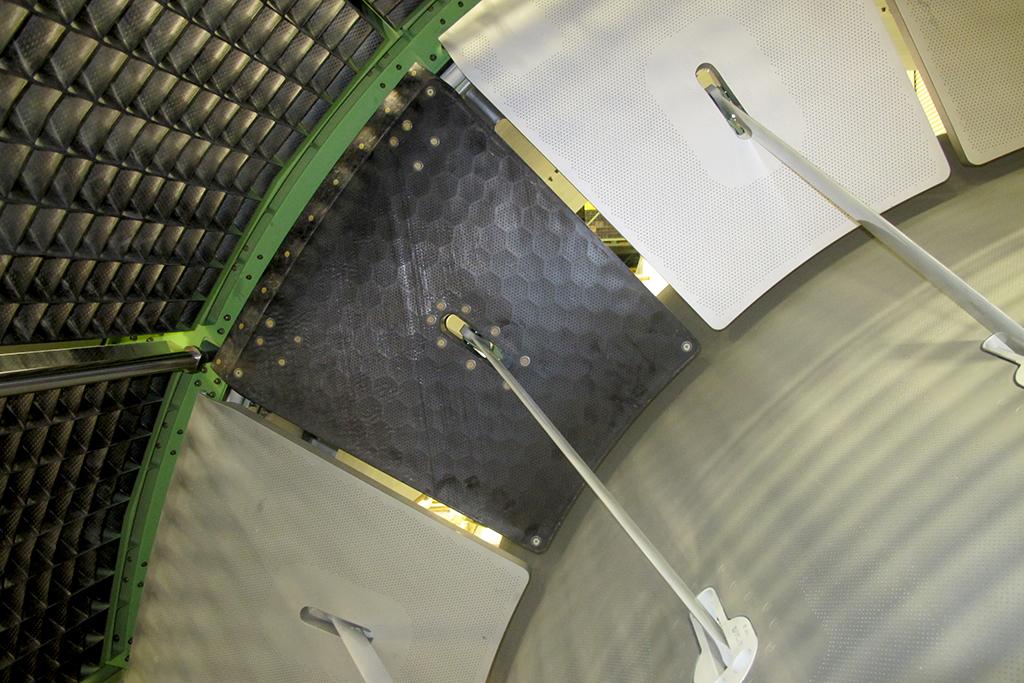 Also tested was a blocker door in the thrust reverser made from thermoplastic. Representing the first time that compression-molded, chopped fiber structures have been tested in flight, the material improves acoustic attenuation and was investigated for potential initial use in the 737 MAX. 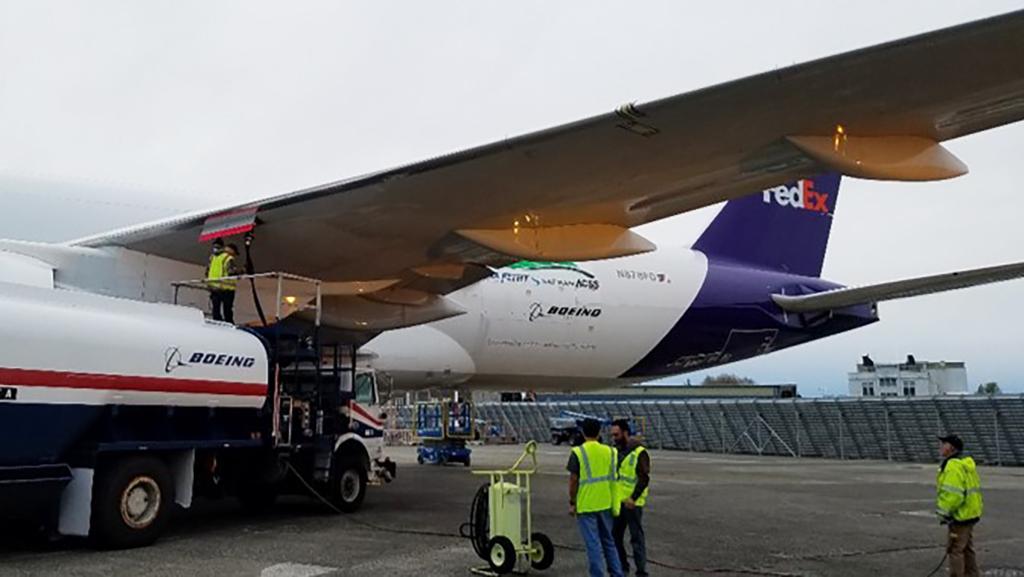 The 777F EcoDemonstrator was also the first time a large commercial transport was flown using 100% paraffinic biofuel. The alternative fuel offers several potential benefits including 3-4% lower specific fuel consumption, improved engine maintenance, lower smoke levels and an up to 80% reduction in life-cycle greenhouse gas emissions. Intriguingly, the flight tests indicated the fuel also had a higher energy density than standard jet fuel. Pilots had to “pull back on the throttle when they switched over the tank to the biofuel,” says Boeing’s director of technology integration and EcoDemonstrator program, Jeanne Yu. 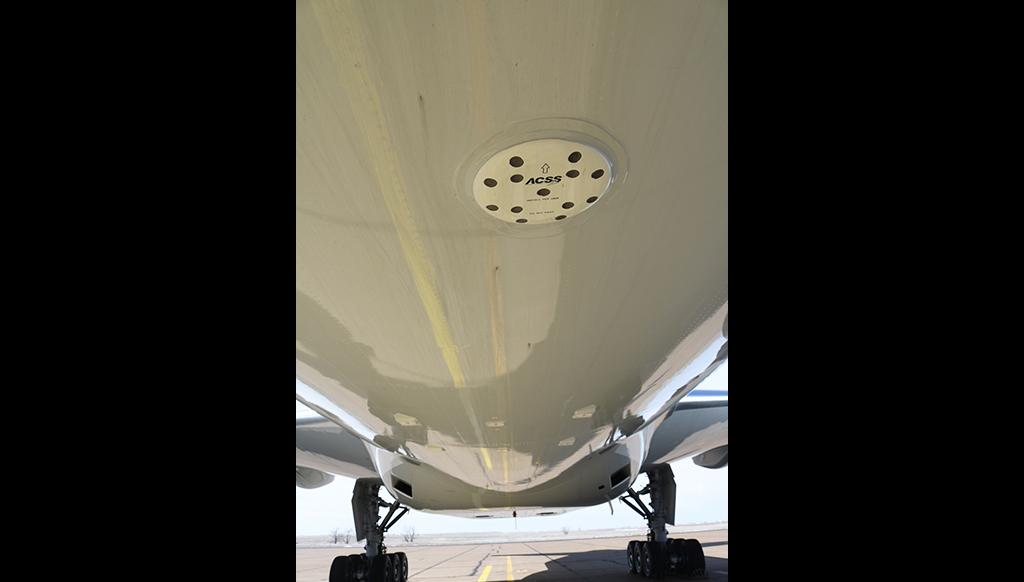 Testing also included evaluation of a tracking, locating and data recovery (TLDR) system developed by Flyht Aerospace Solutions of Calgary, Alberta. Developed in the wake of the disappearance of Malaysia Airlines Flight MH370, the system takes key data from the flight data and cockpit voice recorder as well as an internal GPS receiver and inertial system and livestreams it to the ground via the Iridium satellite network. According to Boeing, the TLDR antenna is provided by Aviation Communication & Surveillance Systems, a joint venture of L3 Technologies and Thales. 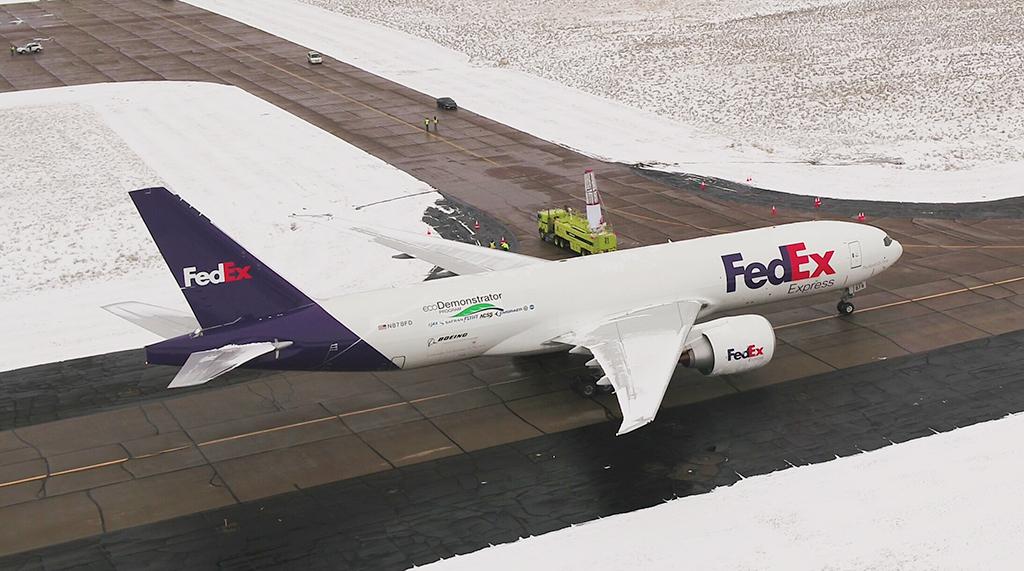 Boeing is also analyzing data from tests of the SOCAS (surface operations collision awareness system), which used optical and radar sensors to detect aircraft, vehicles, buildings and other ground obstacles. Targeted at reducing costly ground-collision incidents on increasingly congested ramps, the system tracks obstacles and uses machine vision (imaging-based automatic inspection and analysis) to determine distance and time to collision. An aural alert is issued to the crew if a potential collision is detected. 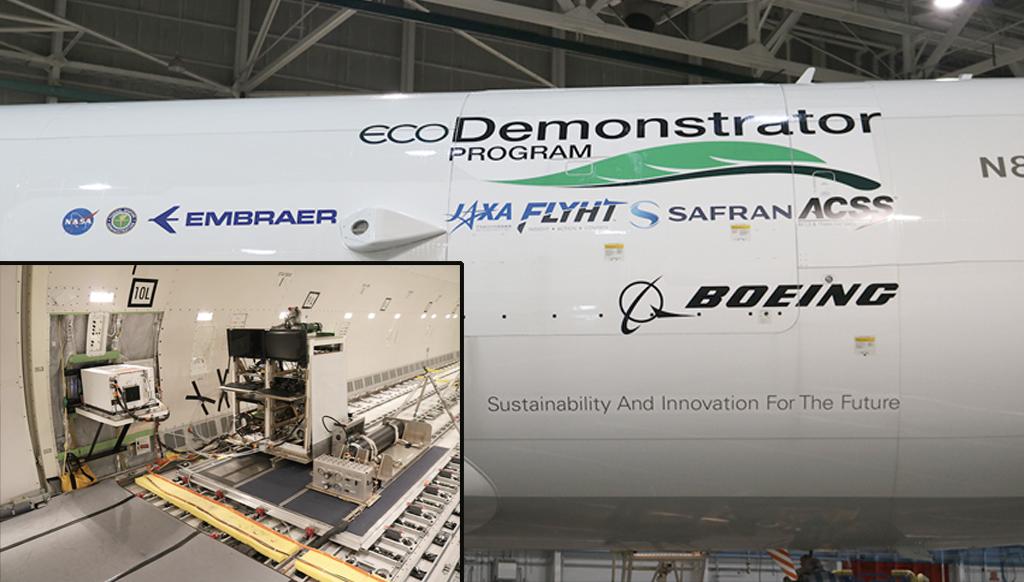 An advanced Doppler lidar (light detection and ranging) clear-air turbulence detector developed by JAXA, the Japan Aerospace Exploration Agency, was also tested. The laser-based system receives scattered light reflected by suspended aerosol particles such as water drops and dust. A processor analyzes variations in light wavelength caused by the Doppler effect to determine airflow motion ahead of the aircraft. Variations in these wavelengths make it possible to detect clear-air turbulence that conventional weather radars fail to identify, providing warning to pilots. Laser testing was cued by the program’s engineering test pilot Kirk Vining, who joked he was able to fulfill a lifetime ambition by starting the test point with the words, “This is Capt Kirk. Fire all phasers!” 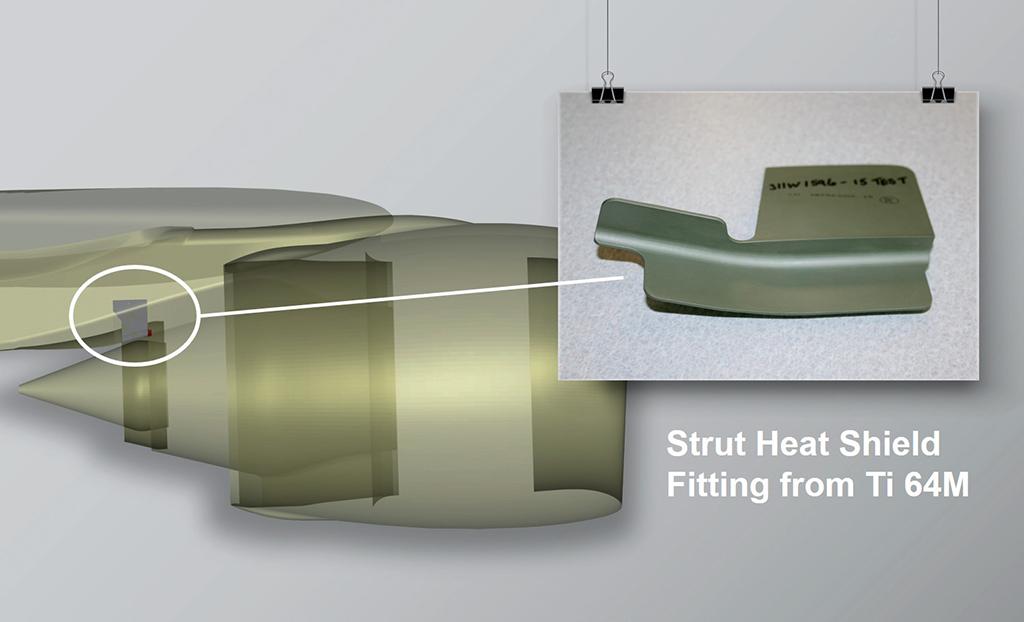 Experimental payloads included a fitting made from recycled titanium on the aft-fairing heat shield mounted above the engine exhaust duct. Known as Ti64Mod, the low-cost alloy has about 75% recycled content and has been developed to reduce waste and cost in partnership with Embraer, as well as with providers in Russia. 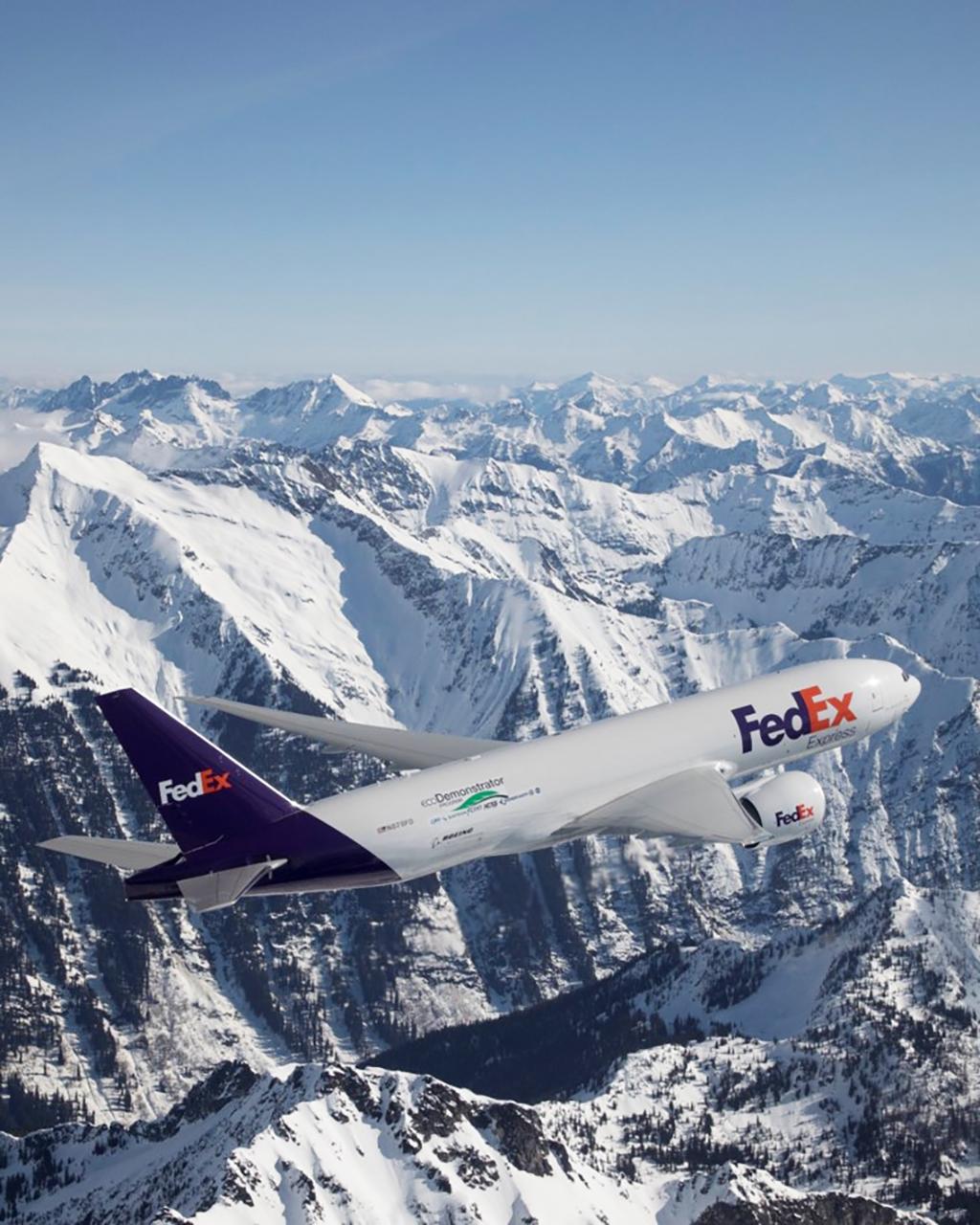 Also tested on the 777F was the Aircraft Collision Avoidance System for NextGen (ACAS X), the future replacement for the traffic alert and collision avoidance (TCAS) system used since 1993. The FAA plans to replace the current TCAS to allow use of automatic dependent surveillance-broadcast (ADS-B) and to provide collision-avoidance protection during NextGen procedures with reduced separation, and to protect against collisions with unmanned aircraft. ACAS X alerting logic uses probabilistic models to represent various sources of uncertainty. 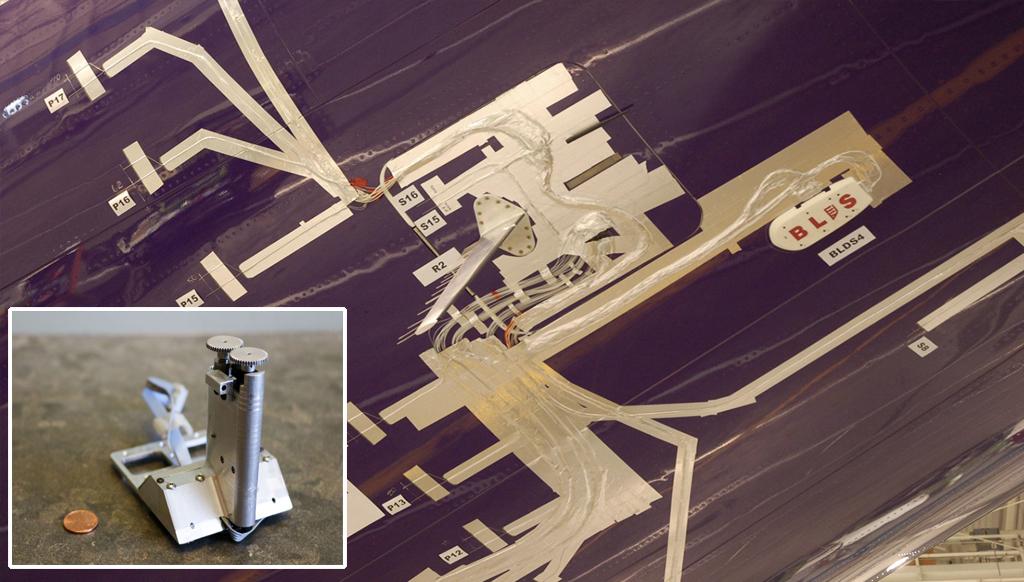 To analyze the design and integration of new aircraft such as the NMA, Boeing will rely more than ever on computational fluid dynamics (CFD). However, to ensure its CFD methods are correctly calibrated for complex flow areas around the aft body, it evaluated a new boundary layer data system to collect information on the convergence of airflow around the rear fuselage and tail cone. 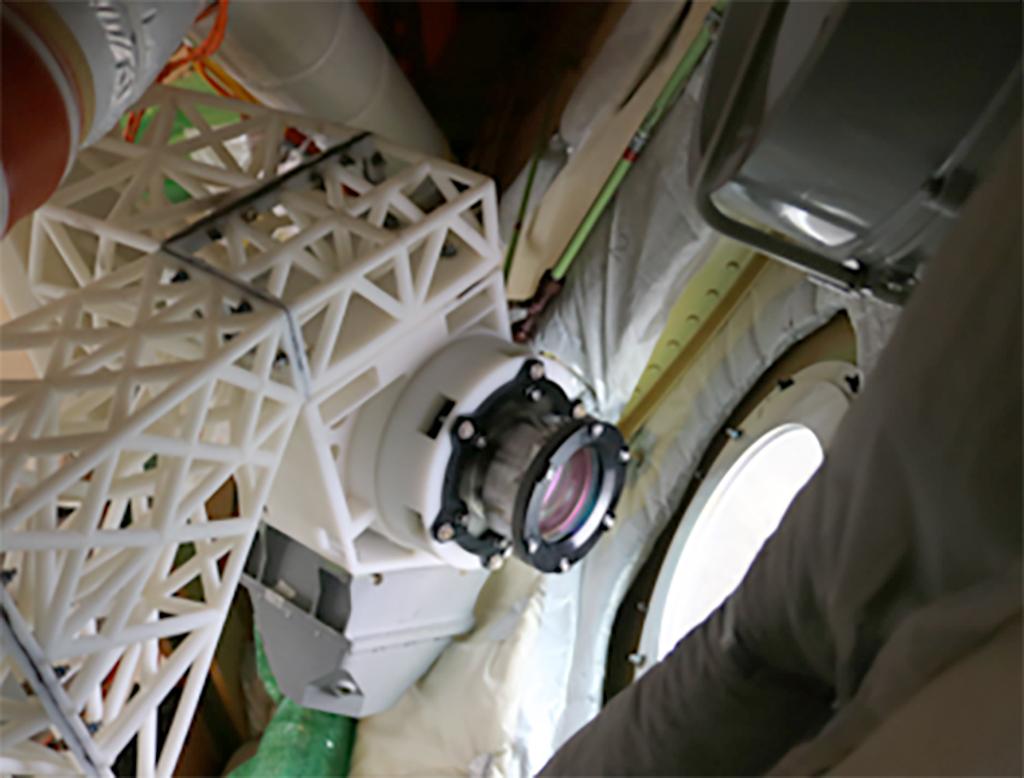 Boeing also tested a lidar-based optical air data system that could potentially provide a means of eliminating the standard engine total air temperature probes and form the basis for a robust high-integrity air data system. For the experiment, the lidar stared forward through a port in the fuselage at angles around 60 deg. off boresight.

Boeing is accelerating its EcoDemonstrator technology testbed initiative with a new series of aircraft programs to be announced early in 2019. The effort, which began with the first EcoDemonstrator testbed in 2012, has so far evaluated 112 new technologies, of which 35 have transitioned into service. The EcoDemonstrator program is taking on new significance as Boeing studies advanced systems and materials for more efficient, higher-performance next-generation regional, single-aisle and widebody projects.