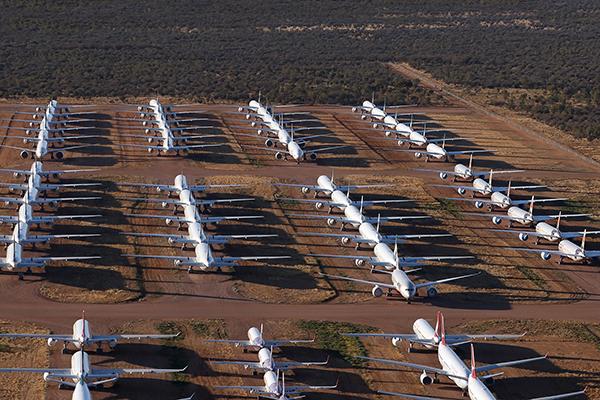 All lined up with nowhere to go for the time being! 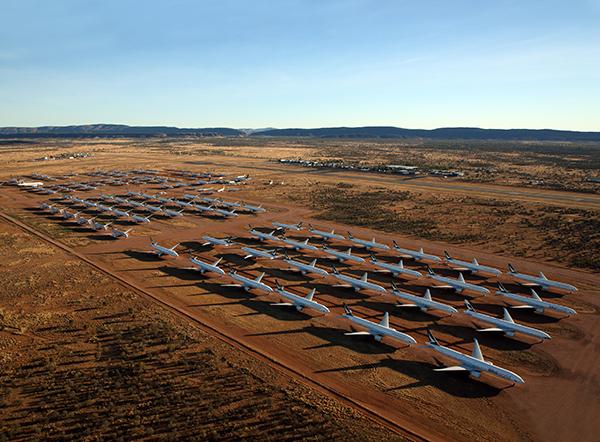 An overview of parked aircraft, with the Alice Springs Terminal and surrounds in the background. 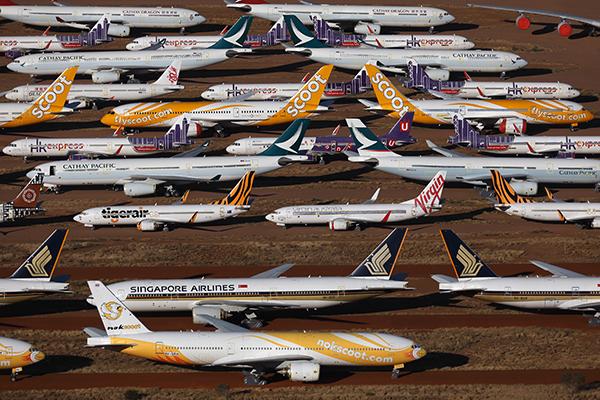 Nine different airlines are displayed in this close-up Image. 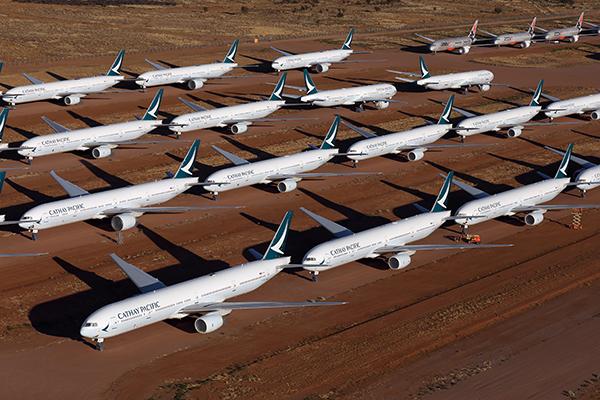 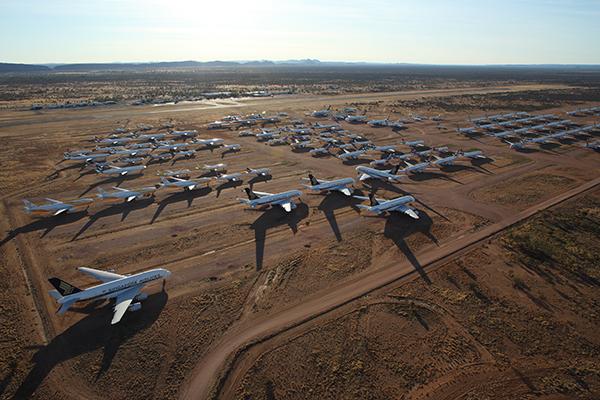 Singapore Airlines has seven A380s at Alice Springs, after one recently returned to Singapore for a cabin refurbishment. 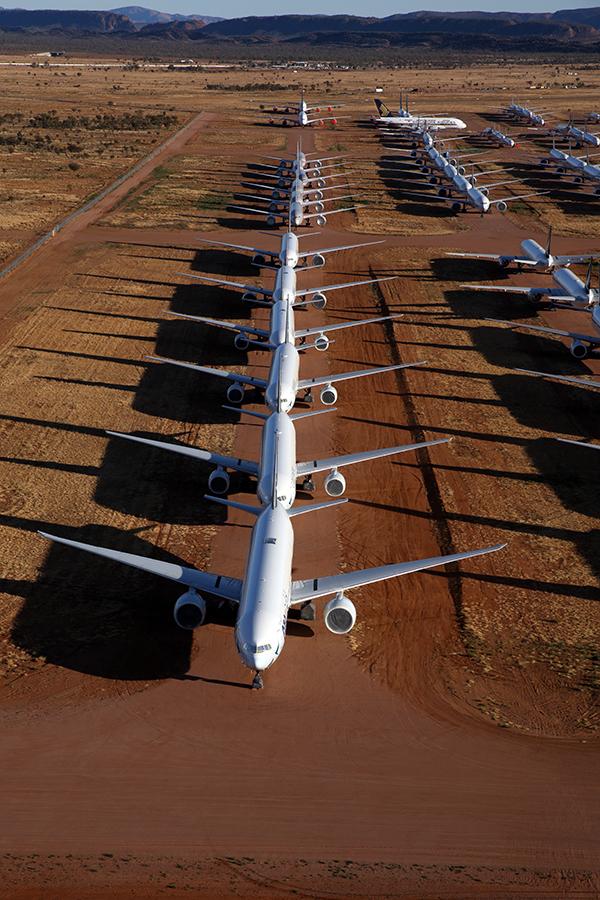 The majority of aircraft stored at Alice Springs are widebodies. 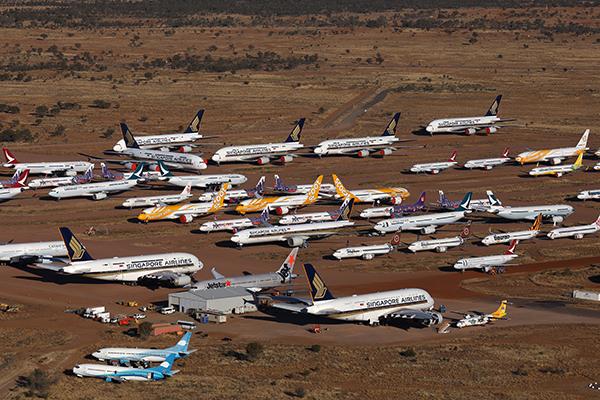 In the foreground are some original arrivals from Our Airline (now known as Nauru Airlines), looking a little worse for wear! 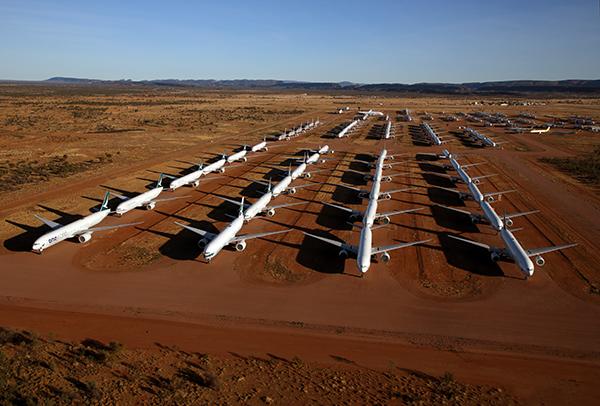 The vast terrain of Alice Springs—which spans dusty red desert, mountain ranges and gorges—is why the area is called the Red Centre of Australia! 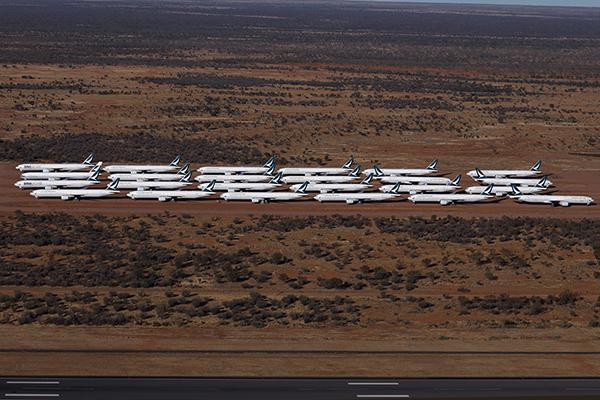 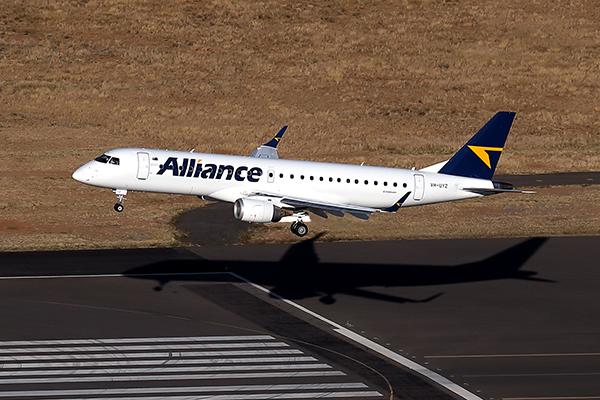 An Alliance Embraer E190 landing at Alice Springs. Alliance and Qantas have entered into an agreement, whereby Alliance flies its E190s under the Qantas link brand, on longer thin routes for Qantas. They will also launch some new city pairs to accommodate the increase in domestic tourism as a result of COVID-19; the aircraft operating on behalf of Qantas will be painted in Qantas Link colors.

Located in the Northern Territory, Australia, the storage facility is based in a dry, arid environment ideally suited for the storage and preservation of aircraft. Operating from a 100Ha site within the Alice Springs Airport complex, which occupies 3,550 hectares (8,772 acres), the facility has almost unlimited expansion capabilities.

As a result of COVID-19, the facilities have rapidly increased in size, with the expansion assisted by the Northern territory government. Today the “Red Centre of Australia” is home to more than 130 aircraft, ranging from Airbus A380s to ATR 72s.

As ATW-Aviation Week photographer Rob Finlayson flew over the facility in a helicopter recently, he described seeing so many stowed aircraft as an “eerie sight.”

Some may never fly again, but hopefully for the majority a return to service is just over the horizon!