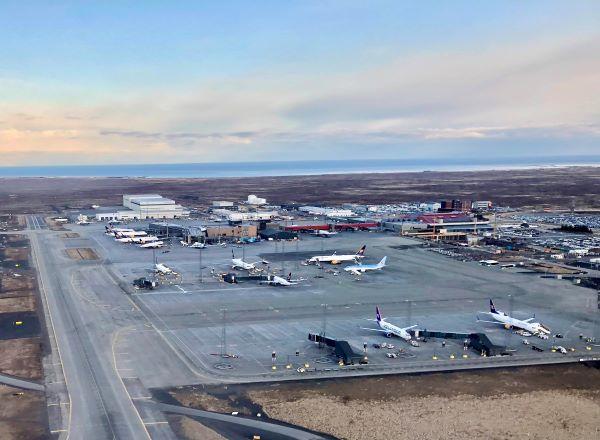 Keflavik International Airport—some 50 km (31 mi.) from the capital Reykjavik—is the hub of Icelandair, which connects Europe and North America. Keflavik is also home of LCC PLAY Airlines, which operates a fleet of six Airbus A320/321neos during the summer of 2022 when more than 20 international airlines operate to Keflavik. 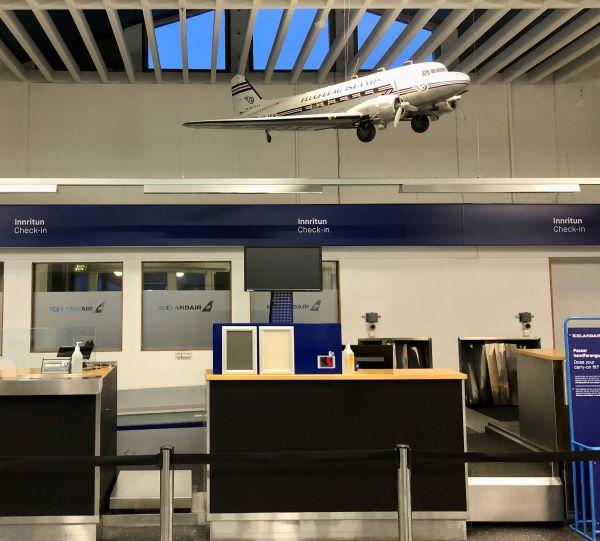 Check-in area at Reykjavík International Airport, which is the center for domestic flights in Iceland. Located near the city center of Reykjavik, this airport is convenient for passengers from the capital, but not for those that must connect from other regions in Iceland to International flights in Keflavik. Approximately 500,000 passengers travel through the airport each year. There are two runways at the airport; 01/19, which is 1,567m (5,141 ft.) and 13/31, which is 1,230m long. 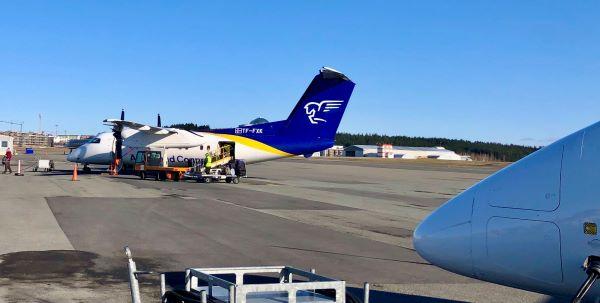 For domestic routes and flights to Greenland, Icelandair operates a fleet of three Dash 8 200s and two Dash 8 Q400s. Iceland wants to use its short domestic flight routes and ample access to green energy to be at the forefront when it comes to energy transition in aviation. “Regarding electric flying domestically or with hydrogen-powered aircraft, we are optimistic they are realistic options during this decade on flight routes within Iceland,” Icelandair president and CEO Bogi Nils Bogason told ATW. “Iceland is in an ideal position to implement these new technologies domestically and I believe it could completely change the way we travel around the country in the future,” he said. 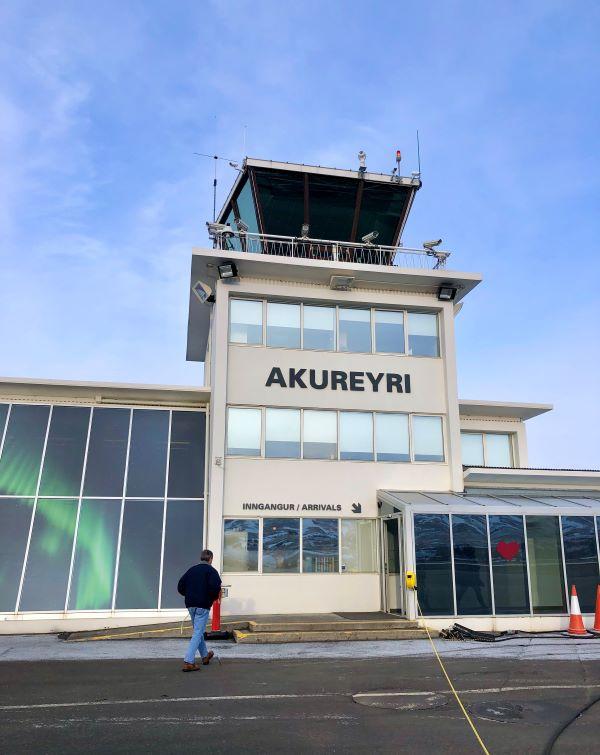 Akureyri is Iceland’s second largest city, with approximately 20,000 inhabitants. It is home base for the small regional carrier Norlandair and startup Niceair, which plans to launch operations in June. The airport opened in 1954 and in 2021 handled 135,564 passengers compared to 199,000 in 2017, as a result of COVID. The airport has a 2,400-meter-long (7,874 ft.) runway and is an alternate airport for Keflavik. 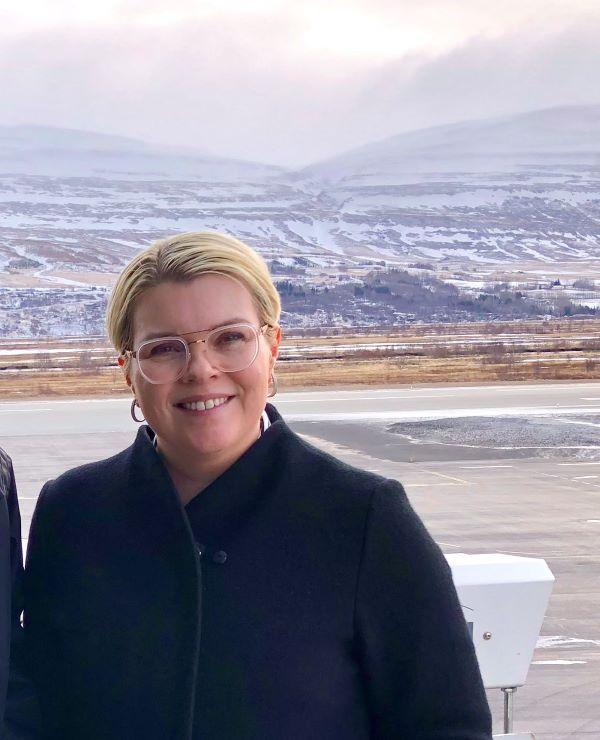 Hjördis Thorhallsdottir is the airport manager from Akureyri. As district manager for the North Region, Hjördis takes care about five airports in North Iceland as well as five airstrips. Meanwhile, work has started at the Akureyri Airport to expand the terminal facility by an additional 1,100 sq m, which should be completed by August 2023. The expansion of Akureyri Airport is part of the Icelandic Airports Authority Isavia’s campaign to attract and promote international air travel. 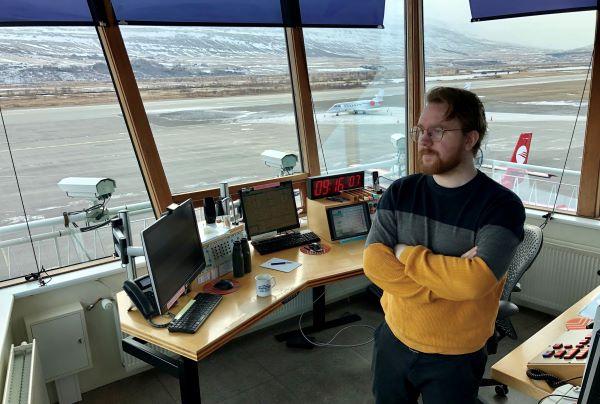 A view from the tower at Akureyri Airport. International markets with direct flights could be the UK, Denmark and Germany. Currently, Transavia from the Netherlands operate several charter flights to Akureyri. 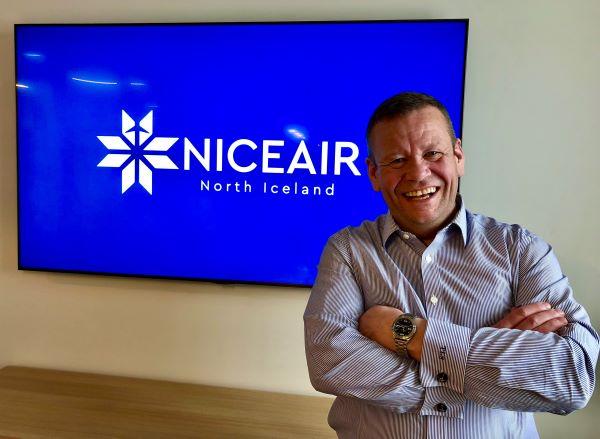 Thorvaldur Ludvik Sigurjonsson is the CEO of Niceair, which is based in Akureyri. The Icelandic startup airline will receive its Airbus A319 from Portuguese wet-lease specialist Hi Fly in May and begin scheduled flights to London Stansted, Copenhagen and Tenerife from June. As winter is a strong season in this part of Iceland, flights to Manchester should be available from October onward; summer 2023 should see also flights to Germany. 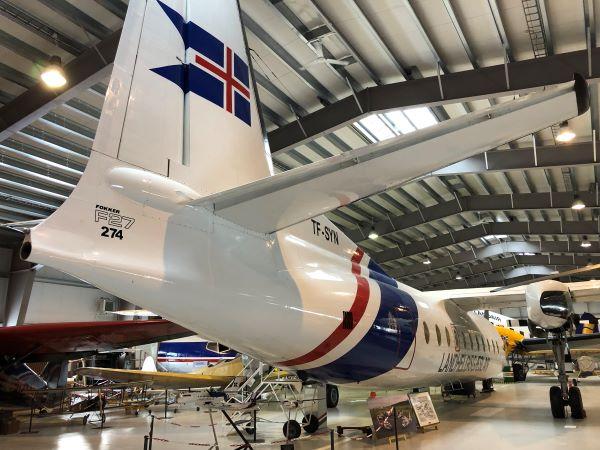 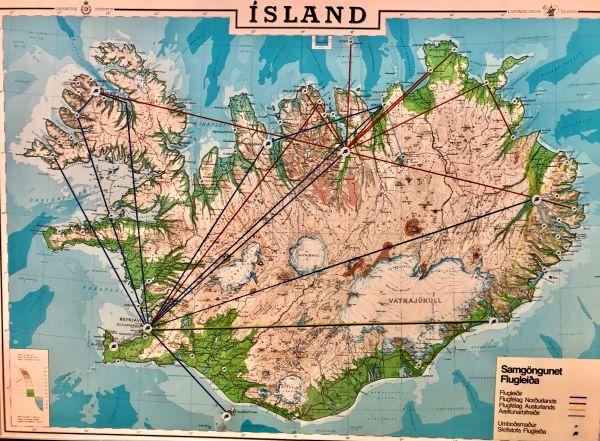 An old map of Iceland and its domestic flight system. However, today there are no security checks for passenger on domestic flights within Iceland. In addition, passengers do not need to wear masks. 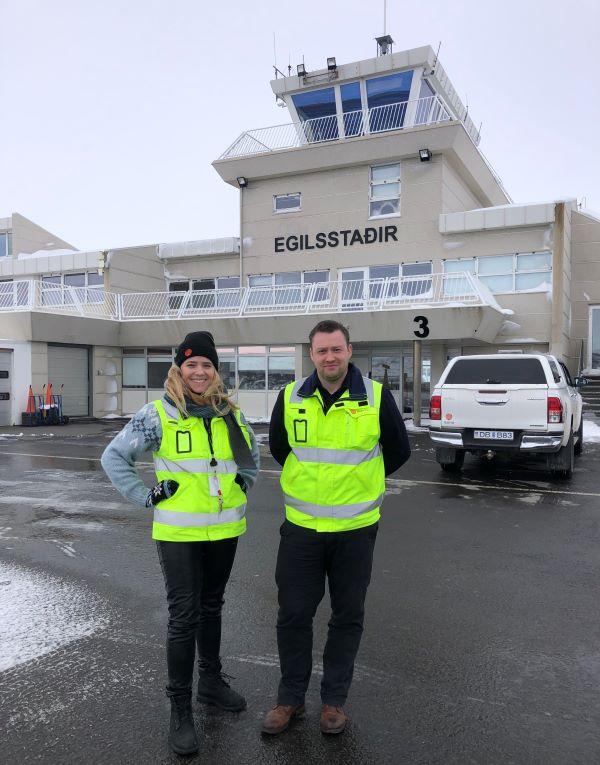 Ásgeir Rúnar Harðarson (right) from Egilsstaðir International Airport and Tura Garðarsdóttir (handling Air Traffic Control). The airport in the East of Iceland has also started negotiations, together with Akureyri, to get international air connectivity in the future. Ásgeir is also district manager in East Iceland for Isavia Airports. The airport can handle aircraft up to the size of Boeing 767s. In 2021, Egilsstaðir handled 75,000 passengers; in 2018 it handled 160,000 passengers. Harðarson believes the airport offers potential for cargo operations as well, especially for fish. 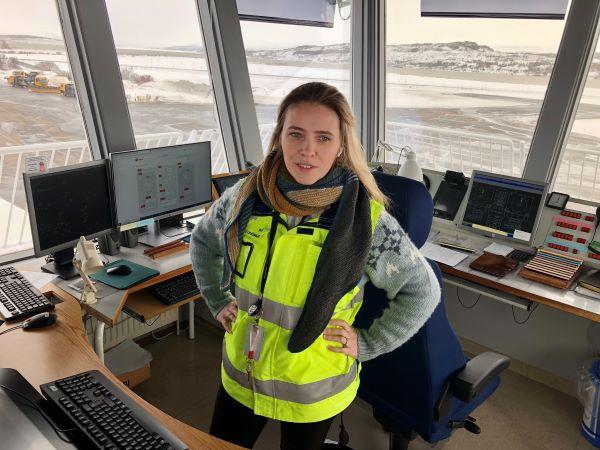 Egilsstaðir is one of four airports in Iceland that fulfills requirements for international flights and is open 24 hours a day. Like Akureyri, it is also an alternate airport for Keflavik. Tura, a former WOW Air Airbus A320 pilot, now works in the airport’s tower. 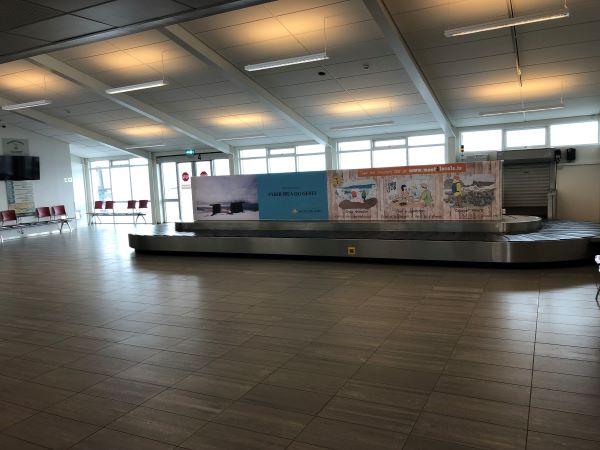 Egilsstaðir arrivals hall. Like Akureyri Airport, Isavia has initiated a three-year rebate scheme for these airports, granting 100% in the first year, 90% in the second year and 75% in the third year on passenger and landing fees. 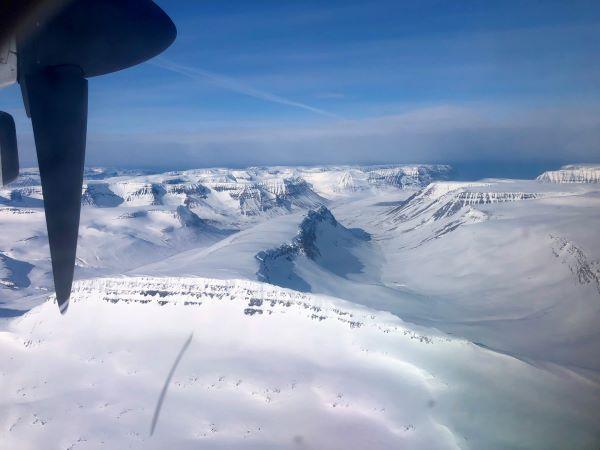 On the way to Isafjordur Airport, located in the Icelandic Westfjords. The approach into this airport requires pilots to fly close to the terrain and make a 180-degree turn at the end of the fjord, making this a pretty challenging airport to fly into. 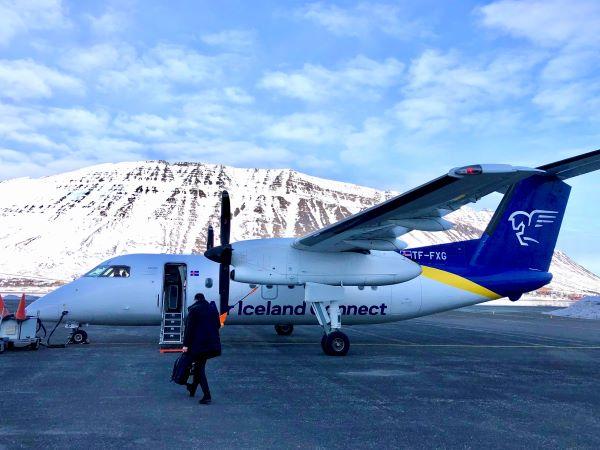 Isafjordur Airport is located at the end of a fjord surrounded by steep mountains.

Iceland’s economy would be not the same without air transport. Located in the North Atlantic, between Europe and North America, the nation needs air connectivity. Icelandair, which celebrates its 85th anniversary this year, plays a major role for Iceland. Keflavik is the major airport in Iceland, handling nearly all international operations.

Iceland Airport Authority’s Isavia Regional Airports, the airport operator for Iceland’s regional airports, has begun a campaign to attract and promote air travel beside Keflavik, meaning more direct flights to persuade airlines and travel companies to offer both summer and winter flights to the still-undiscovered regions in the north and east of Iceland. As part of the campaign, the Icelandic Route Development Fund is offering a number of subsidies for the aircraft operators flying to the well-equipped regional airports of Akureyri (AEY) in the north and Egilsstadir (EGS) in the east of Iceland. In addition, daily airline operations within Iceland are very often challenged by weather extremes.