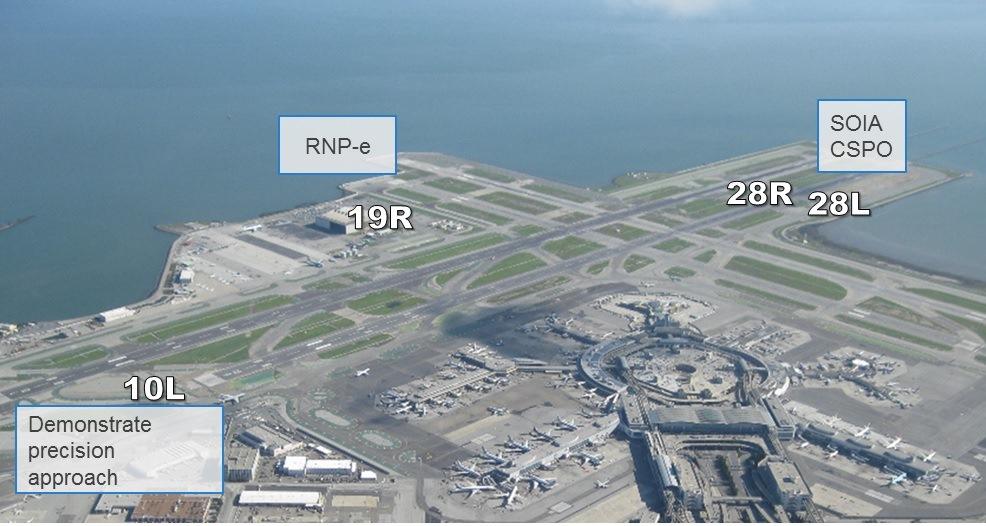 Four new Required Navigation Performance-GNSS landing system (RNP-GLS) approaches to San Francisco International Airport (SFO) were designed by Boeing/ Jeppesen for the demonstration. In the order in which they were flown, they included precision approaches to Runways 10L and 19R, neither of which have this current capability, and simultaneous offset instrument approaches to Runways 28R and 28L. The demonstration also included a new GLS procedure for closely spaced parallel operations for Runways 28R and 28L. 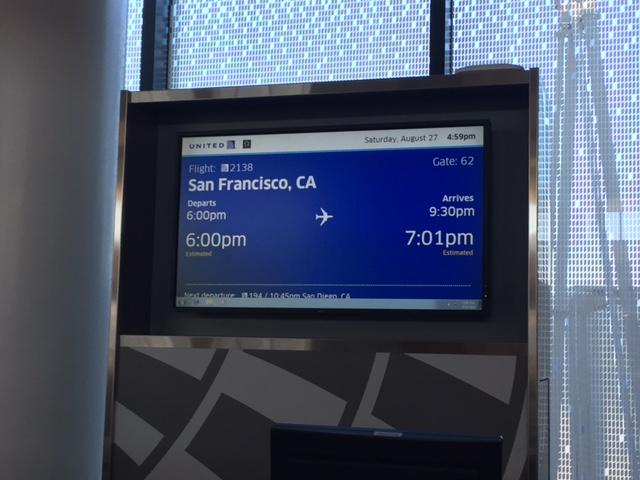 Flight to nowhere: The departure board display for the United demo aircraft, UA2138, puzzled passers by announcing a flight from San Francisco to San Francisco. 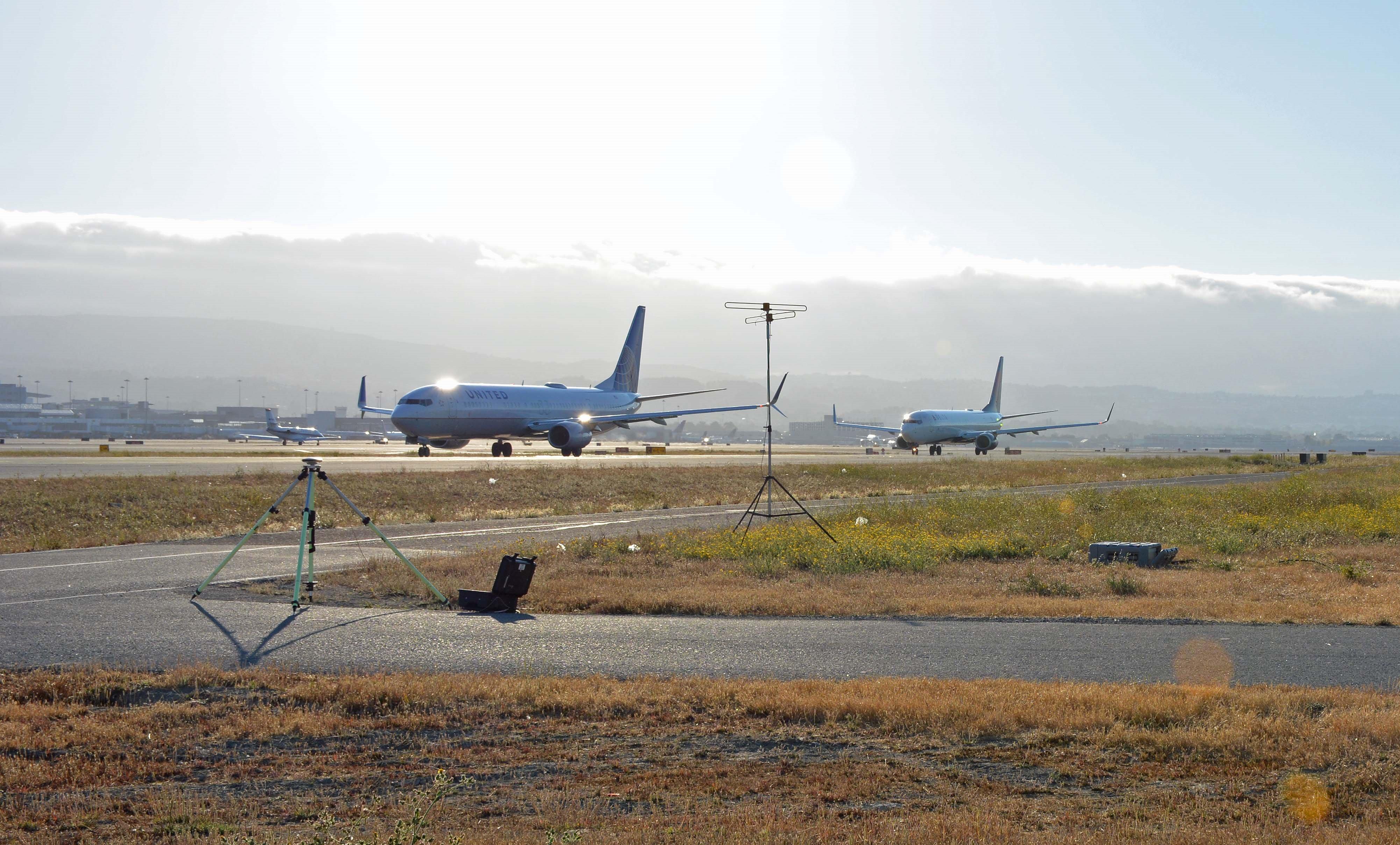 The United and Delta 737-900ERs taxi past the GBAS landing system near the intersection of the runways ready to begin the demonstration flights. 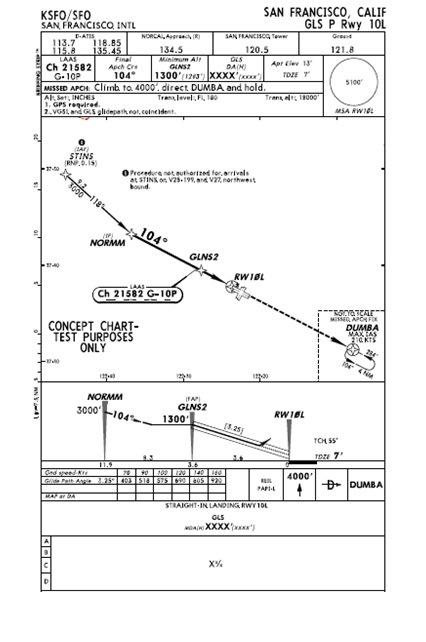 First up was an attempted precision GLS approach to Runway 10L. Note the steeper than normal 3.25-deg. glideslope for the final segment. 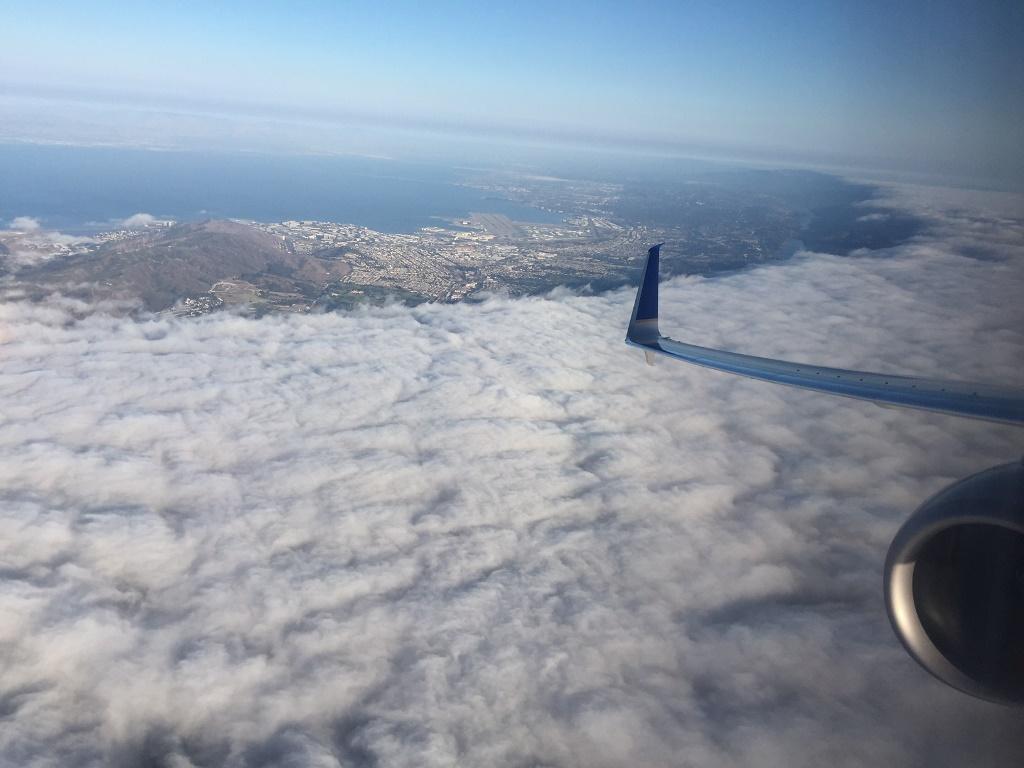 Encroaching clouds thwarted the attempt to fly the new approach to Runway 10L, visible to the left of the winglet. 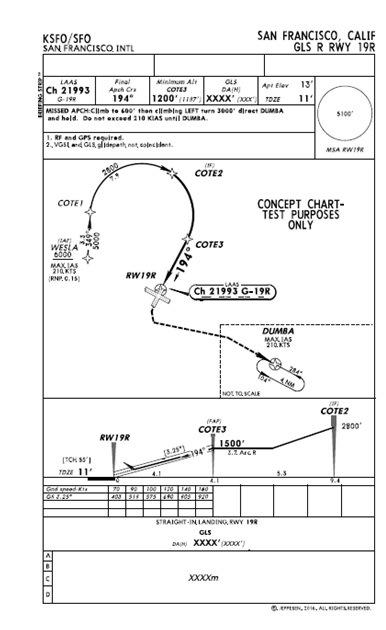 The precision approach to Runway 19R takes traffic in a constantly descending, curving arc high over the city before putting aircraft on a southerly path to SFO. The procedure enables traffic to approach SFO’s Runway 19R from the north without conflicting with aircraft inbound to Oakland International Airport. 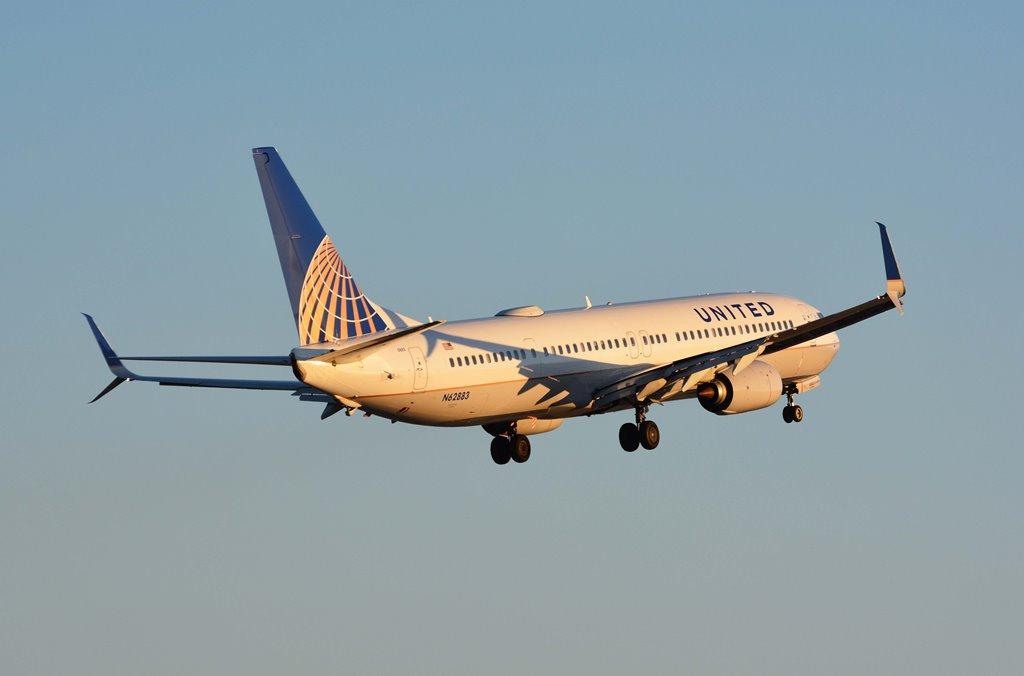 The United 737-900ER begins its missed approach from Runway 19R. 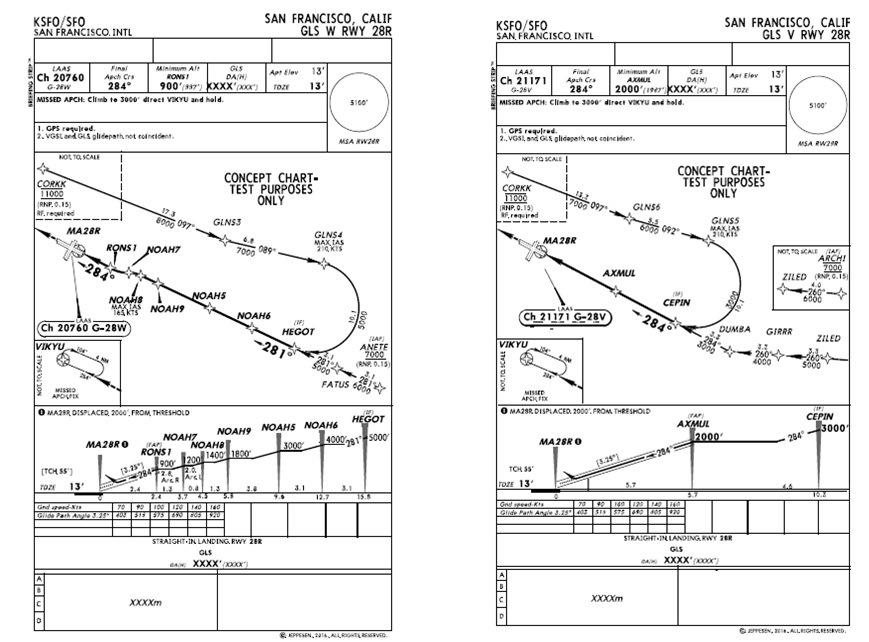 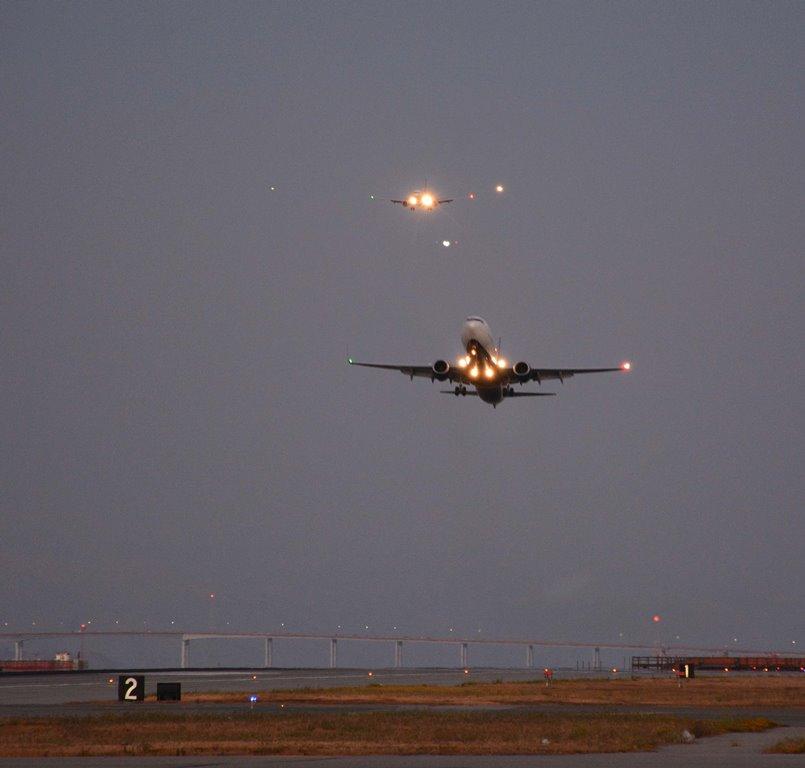 The nose of the Delta 737-900ER rises as the crew conducts the missed approach from its ILS-guided run into Runway 28L, while close behind the United 737 with lights blazing closes in on 28R established on GLS. 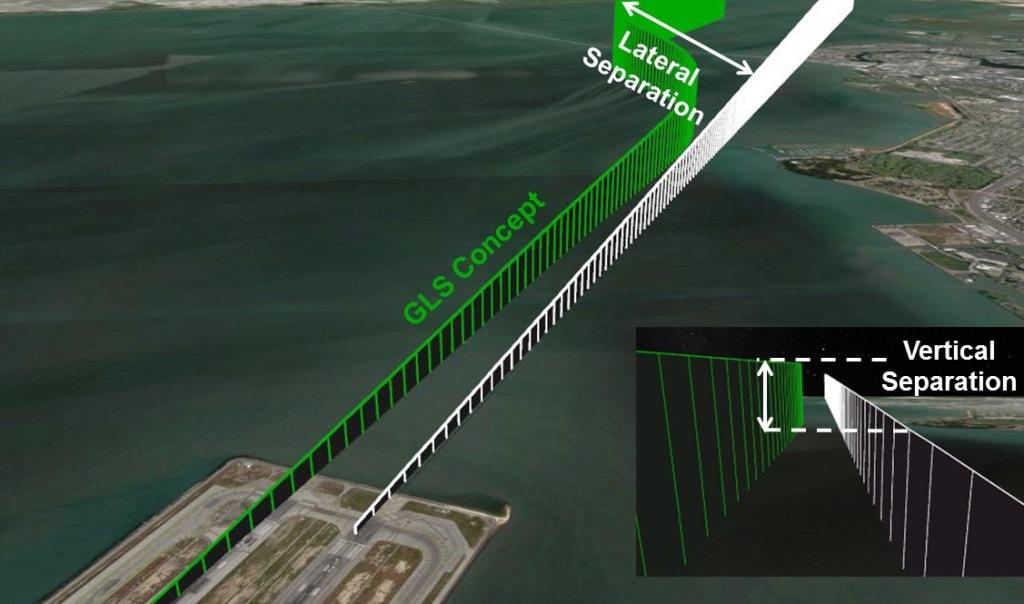 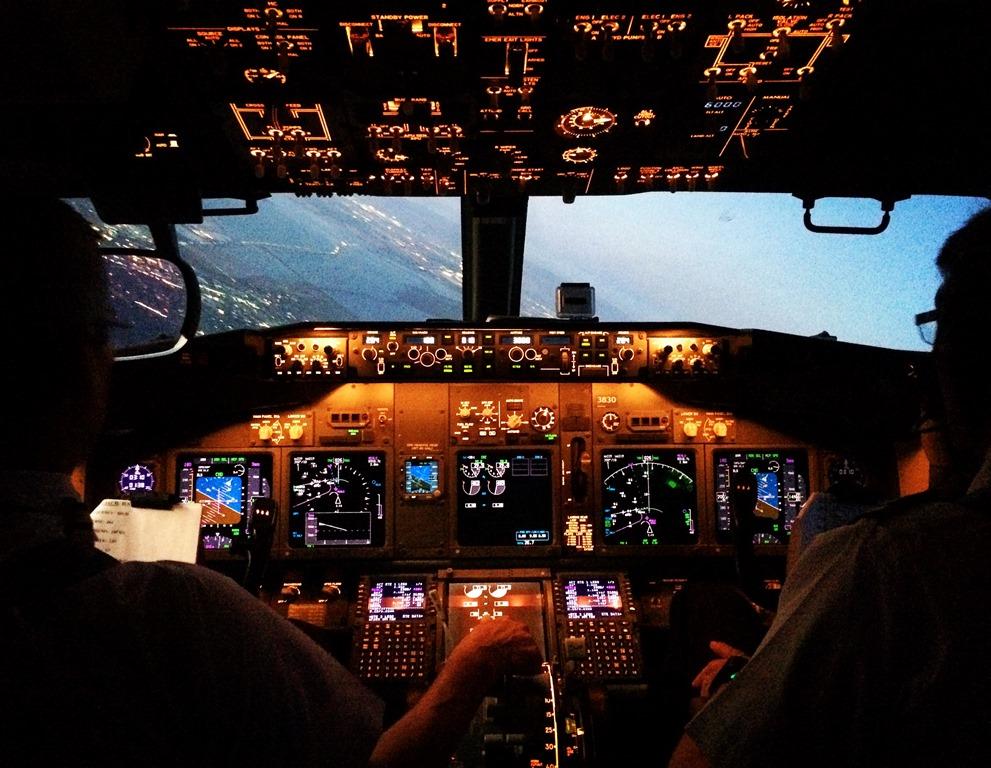 Turning onto final approach toward Runway 28L on the Delta flightdeck. 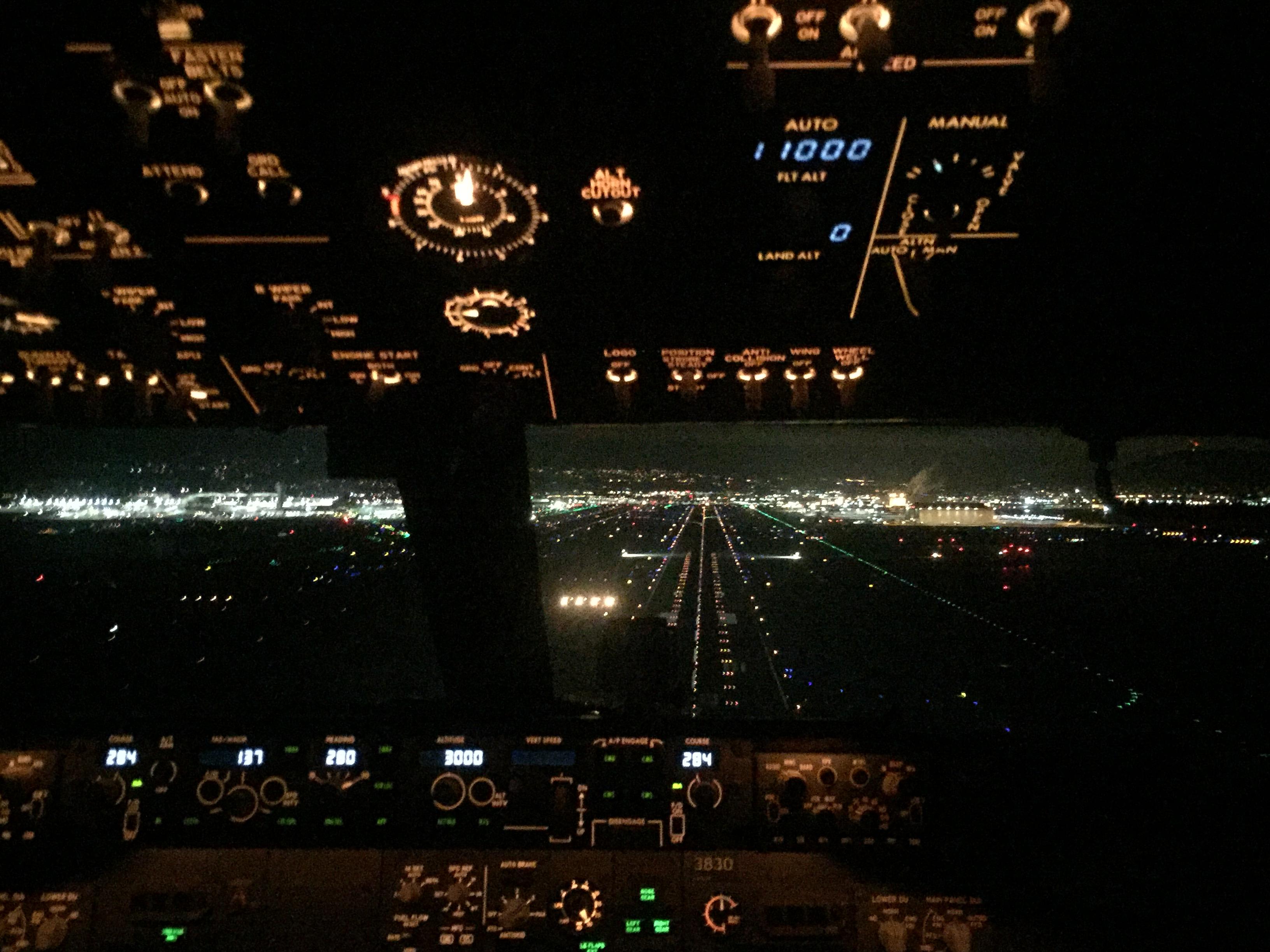 Approaching the displaced threshold on Runway 28R. Note the precision approach path indicators (PAPI), calibrated for the standard touchdown point, indicating with all-white lights that the aircraft is too high. Note also the floodlights illuminating the notional touchdown zone. 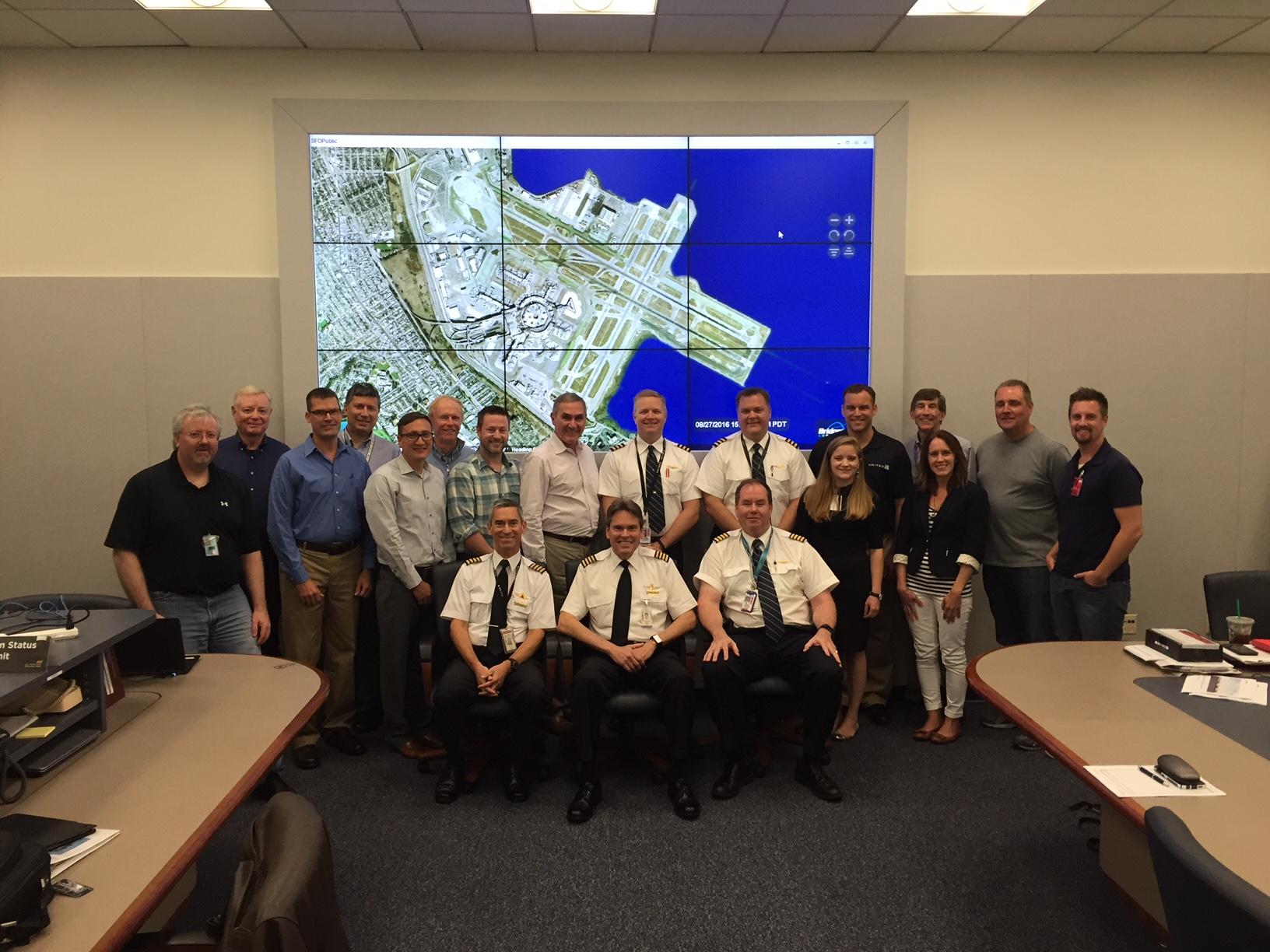 Aviation Week was invited to fly on​ Boeing 737-900ERs operated by Delta Air Lines and United Airlines in a carefully choreographed demonstration with Boeing, the FAA and the San Francisco International Airport authority on Aug. 27 aimed at showing the potential operational and environmental benefits of combining precision approaches using required navigation performance (RNP) with a ground-based augmentation system (GBAS) for satellite-based instrument landings. RNP provides the aircraft with narrow three-dimensional paths into the vicinity of an airport, where the GBAS landing system (GLS) provides the precision guidance to landing. One of the key aims is for GLS to improve airport capacity and access during low visibility.