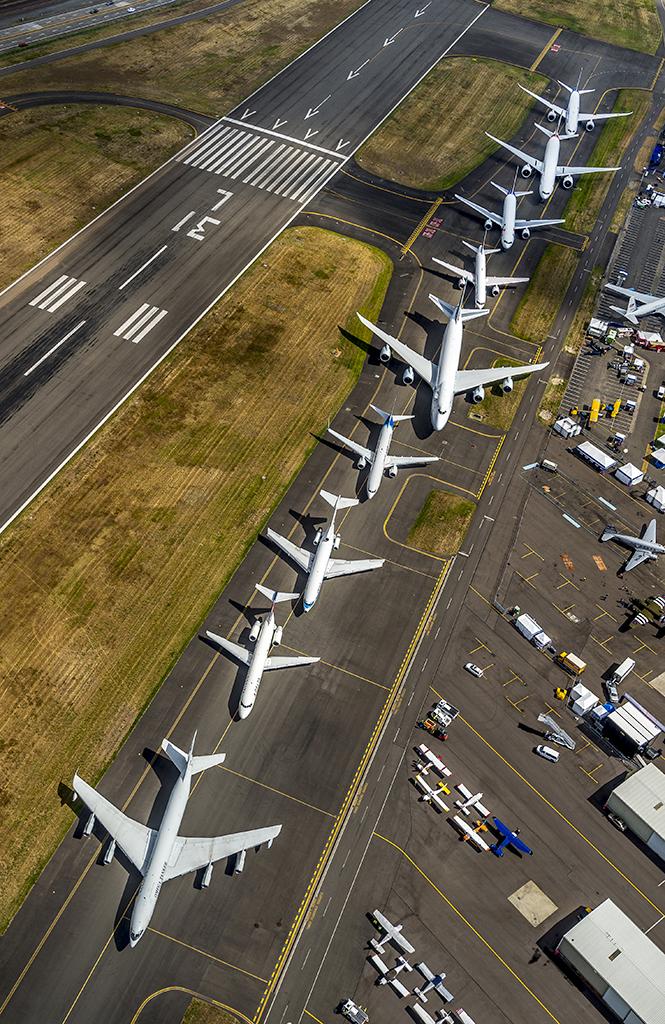 An Omega Air Refueling-owned Boeing 707 leads the lineup of 7-series airliners with a Delta Air Lines 717 in second place. The 717 designation was originally allocated to the KC-135 tanker variant of the 707 before Boeing resurrected the title for the renamed MD-95 following the merger with McDonald Douglas in 1997. The 717, of which only 155 were built before the final delivery of the type in 2006, was the only representative of the legacy Douglas jet airliner family at the centenary event.  In all, 3,640  jet airliners were delivered from Long Beach: 2,438 members of the family derived from the single-aisle, twin-engine DC-9, MD-80, MD-90 and 717. 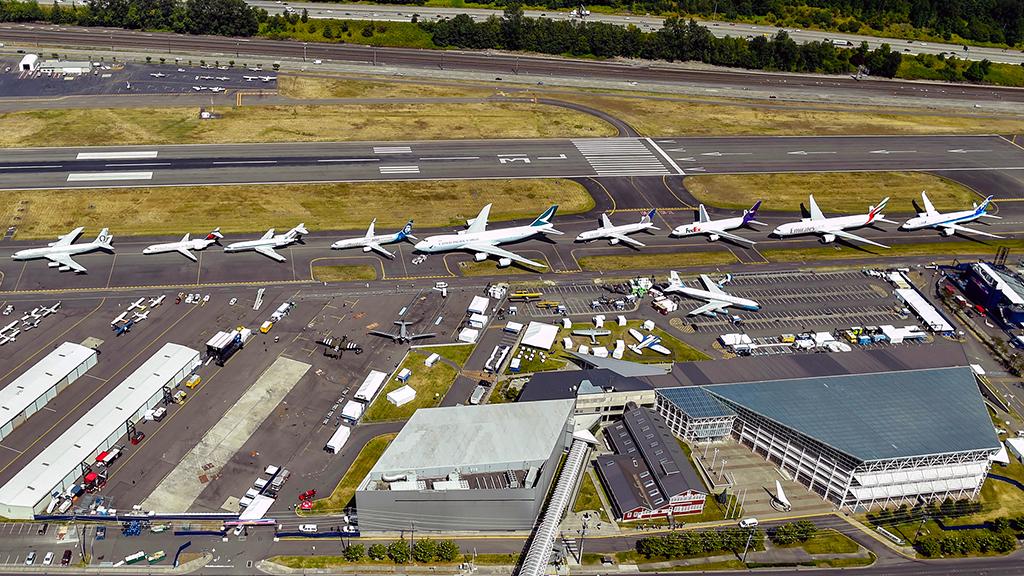 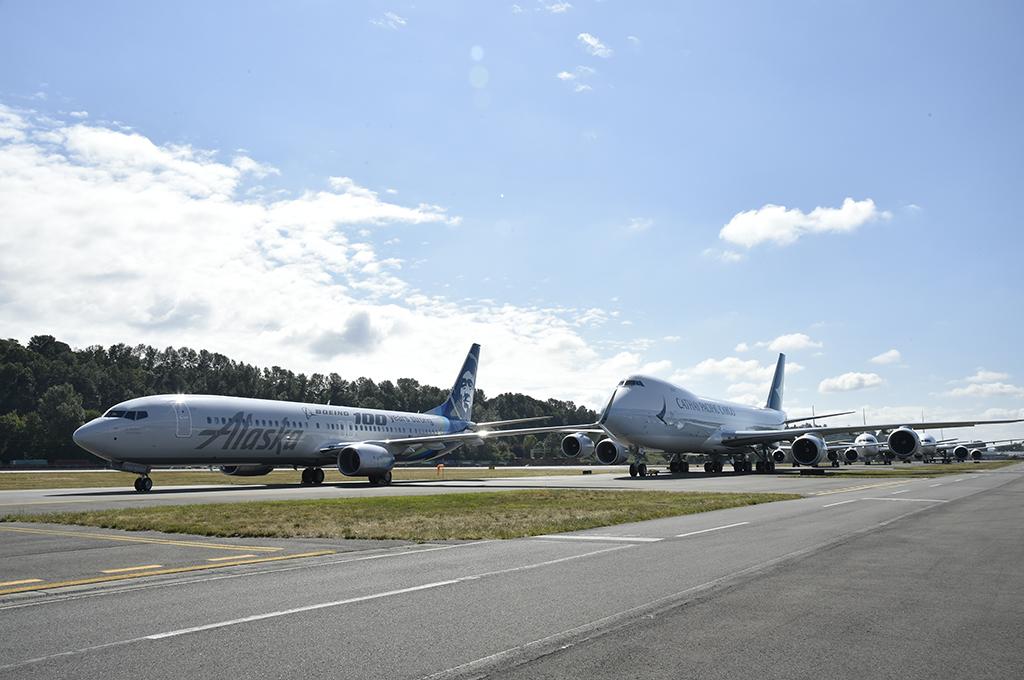 An Alaska Airlines 737-900ER, specially painted to mark Boeing’s 100th anniversary, was positioned in the lineup ahead of a Cathay Pacific 747-8F. The recently delivered -900ER is the 153rd 737 to join the Seattle-based airline fleet. 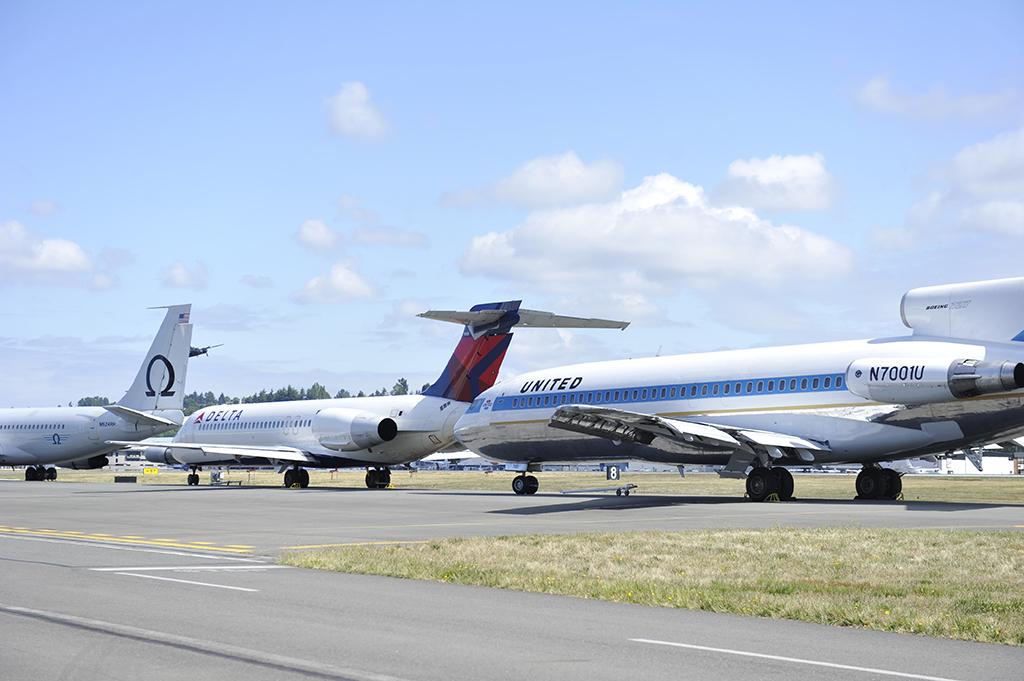 Positioned aft of the 717, the Museum of Flight-owned 727-100, N7001U, was ferried to Boeing Field in February from Paine Field at Everett, Washington, following 15 years of restoration. The aircraft, which first flew on Feb. 9, 1963, is the first of 1,832 727s built at the company’s nearby Renton site. The 727 is the only heritage Boeing-built trijet and T-tail design. 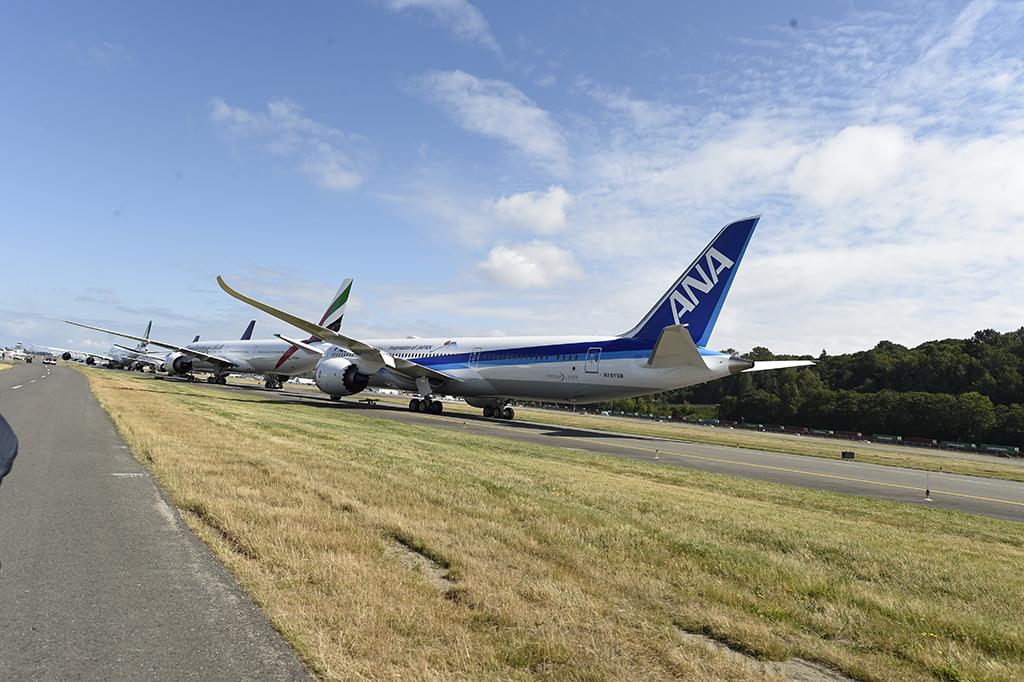 Completing the lineup of Boeing large twinjets, a new 787-9 for All Nippon Airways was positioned aft of an Emirates 777-300ER. The ANA aircraft, one of 83 ordered by the Japanese carrier, was flown back to Seattle for the event from the Farnborough Airshow, where it participated in the flying display.

Boeing’s year-long centenary celebrations marked a high note on July 15 with a “Founders’ Day” that included a spectacular lineup of its “7-series” jet airliners at Boeing Field in Seattle and a flyover by the KC-46A tanker. The static display also included a collection of earlier-generation Boeing aircraft, such as the Model 40 and 247, while notable representatives of legacy companies included the Douglas DC-3 and North American P-51 and B-25.