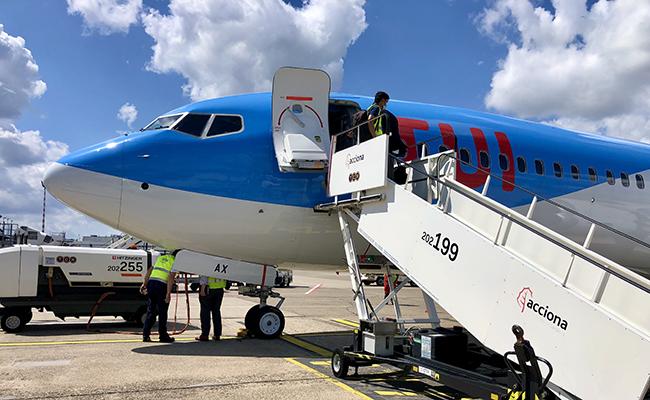 D-AMAX was scheduled for delivery two years ago, but the global 737 MAX grounding and the COVID-19 pandemic delayed those plans. 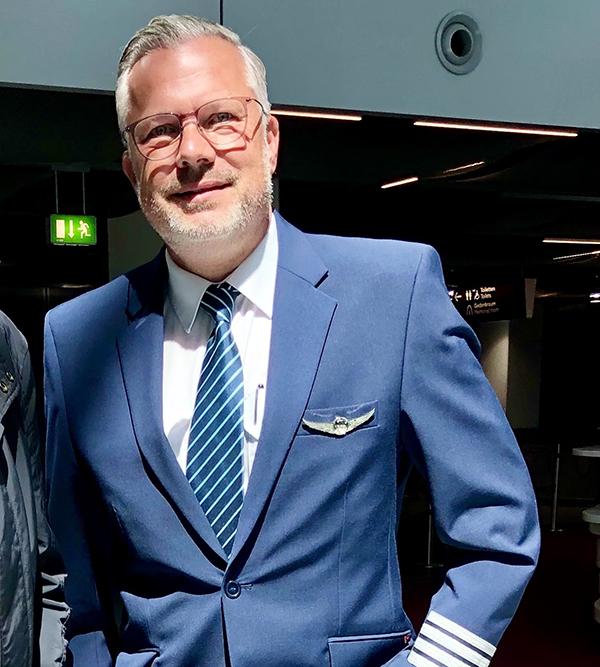 TUI fly Germany CEO Oliver Lackmann is also a Boeing 737 captain and was in command of the first service from Dusseldorf to Jerez, flight X3 2252. 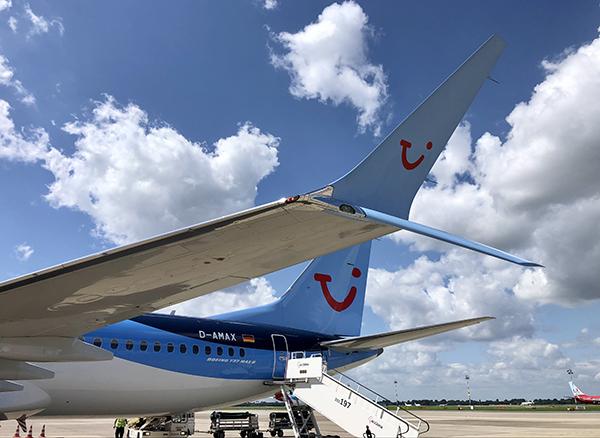 The 737 MAX winglets. Without winglets, Boeing said the air flow over the tip of every wing will roll up from the high-pressure area under the wing to the low-pressure area above it. 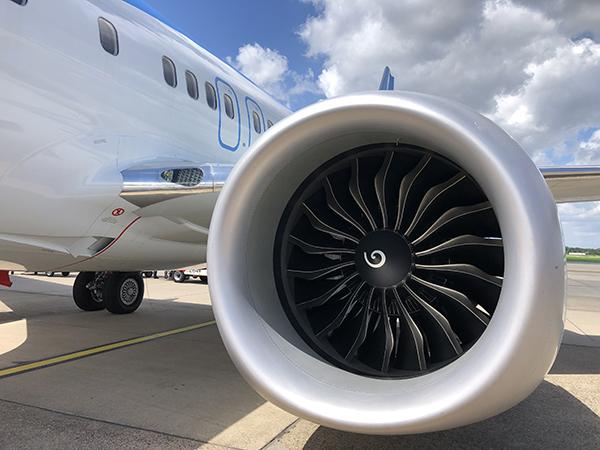 The 737 MAX is powered by two CFM LEAP-1B engines. According to Boeing, deliveries since December 2020 through June 2021 stand at 132 aircraft. 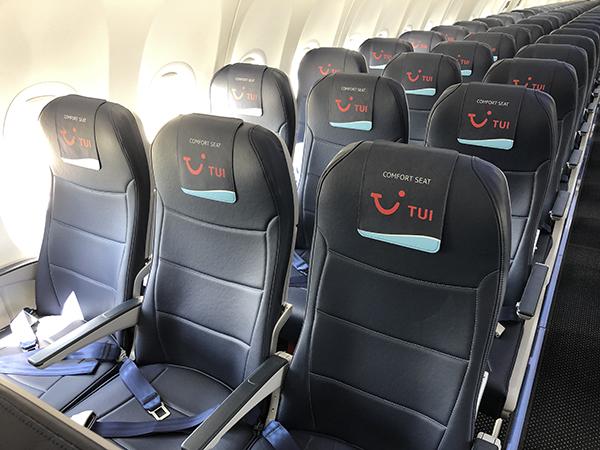 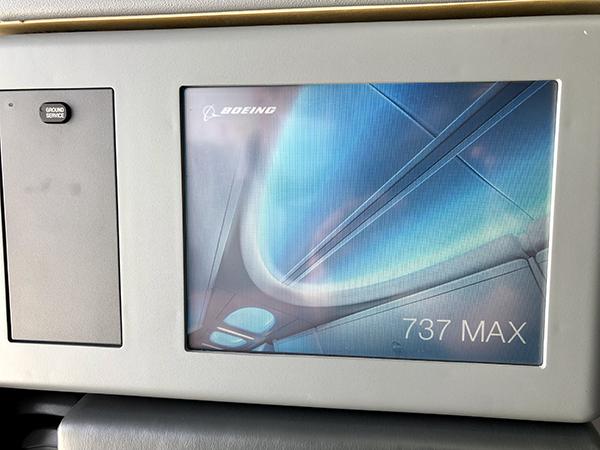 A touchscreen features important operating elements for the cabin crew. 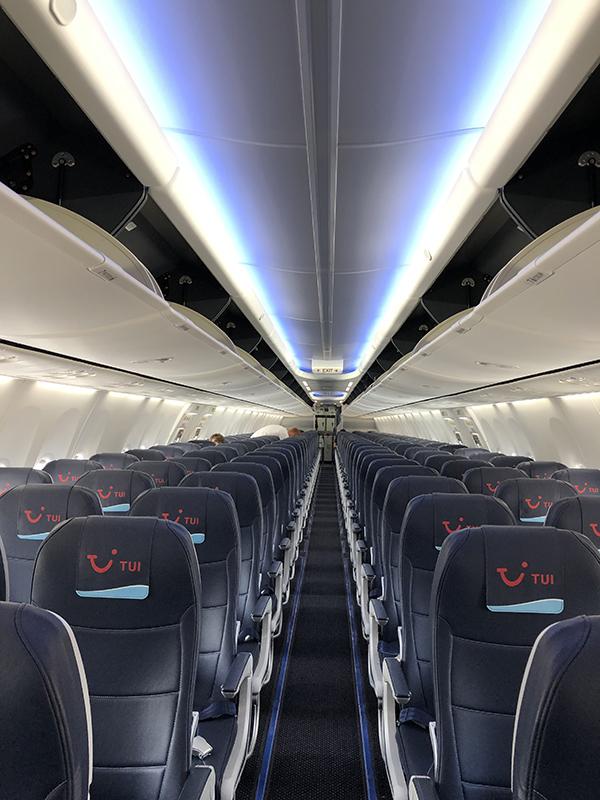 Cabin interior. The Hanover-based leisure carrier’s active fleet includes 21 737-800s and one 737-8. The TUI Group has both 737-8 and -10 models on order. Lackmann did not rule out the possibility that TUIfly Germany could operate the larger MAX 10 variant one day. 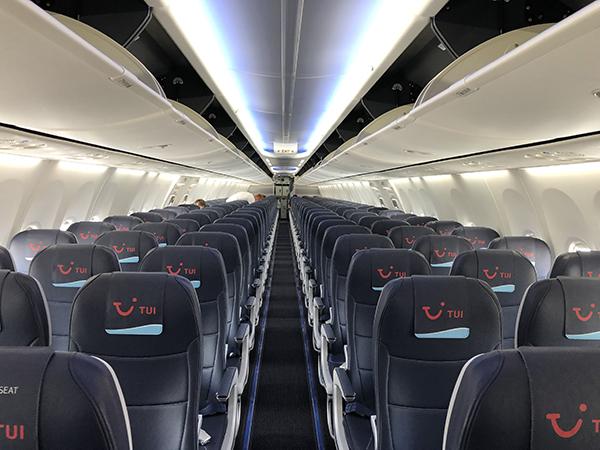 TUI fly plans to also operate the 737 MAX on flights to Cape Verde, Abu Dhabi or Dubai where more range is needed. 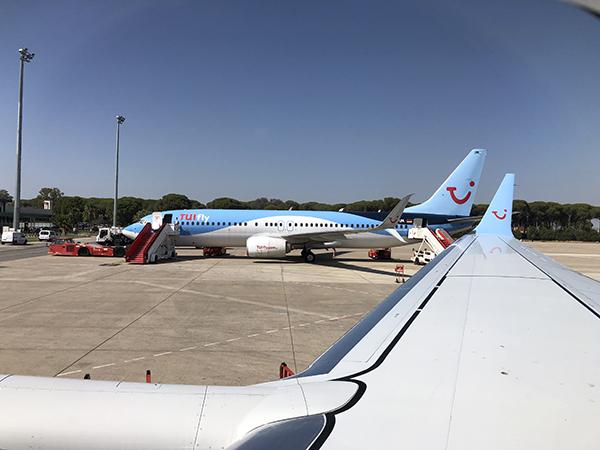 After landing in Jerez, another Boeing 737-800NG from TUI fly was parked next to the 737 MAX. TUIfly said that currently 30 pilots received the 737 MAX type-rating. 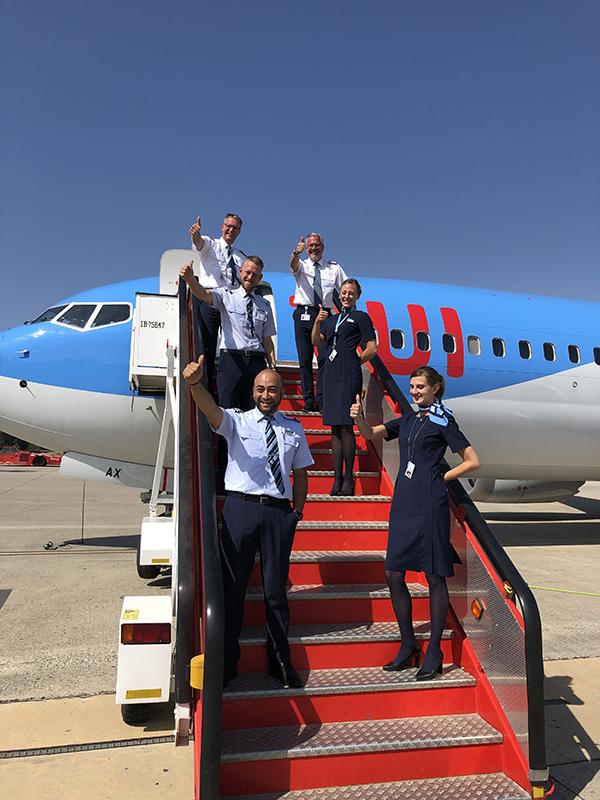 The crew during the turnaround in Jerez. A crew member said that, “Every time when you fly with a new aircraft it is really special and exciting. We all enjoy it.” 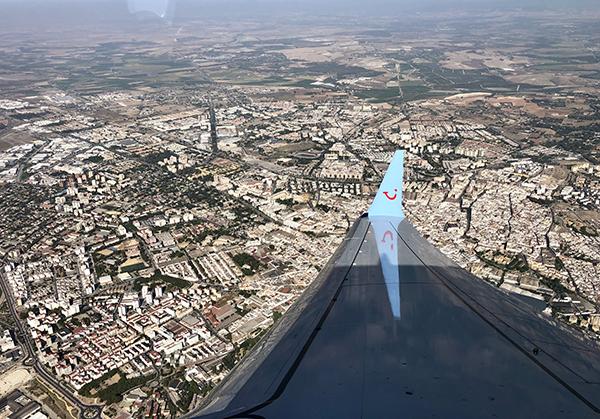 After takeoff, the 737 MAX made a right turn direct over the city of Jerez. Two additional 737 MAXs will join the fleet during the coming winter season. 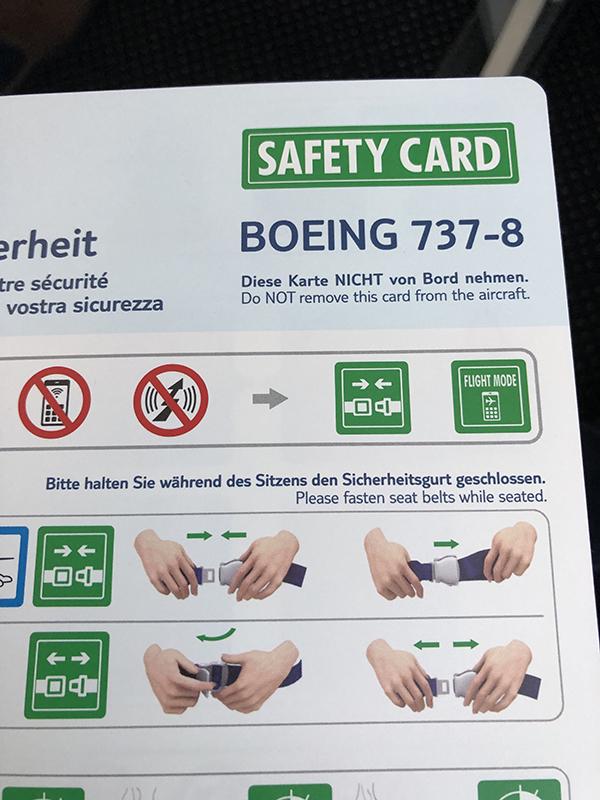 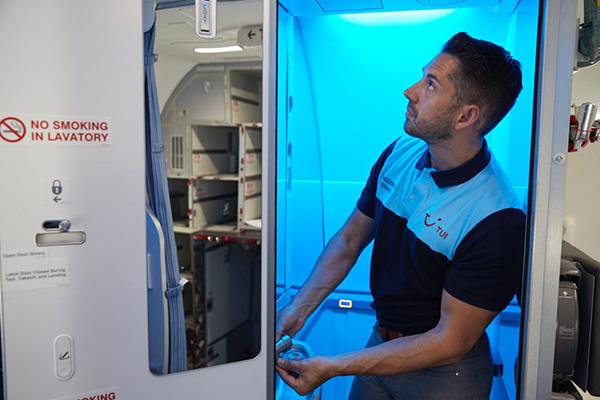 Final preparations are made inside the first TUI fly 737 MAX for daily operations. 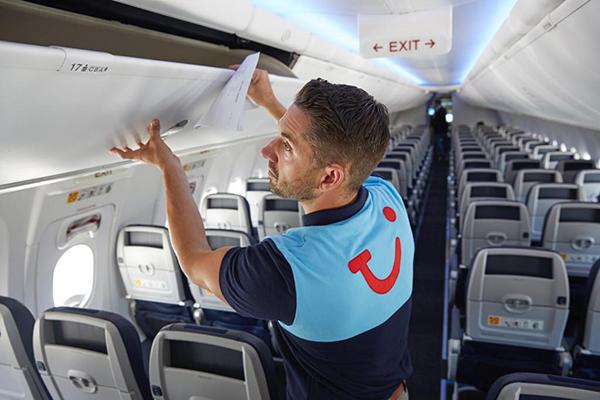 TUI fly has become the only airline in Germany to operate the Boeing 737 MAX. TUI Group previously placed an order for 77 737 MAXs, of which more than 20 have been delivered. The Group operates around 150 medium- and long-haul aircraft, and comprises five airlines: TUI Airways, TUI fly, TUI fly Belgium, TUI fly Netherlands and TUI fly Nordic, which the company is consolidating into TUI Airline.

The German carrier received its 737 MAX certifications from German aviation authorities [Luftfahrt-Bundesamt] on July 19. According to Boeing, as of July 25, the worldwide 737 MAX fleet is closing in on a quarter-million revenue flight hours and nearly 95,000 revenue flights. The number of 737 MAX operators is now 30.

Aviation Week/ATW correspondent Kurt Hofmann has provided some exclusive pictures from the first Boeing 737 MAX service of an German airline, on July 30, from Dusseldorf to Jerez de la Frontera in Andalucía, Spain.