Eight Years In Service: Who Flies The Airbus A380 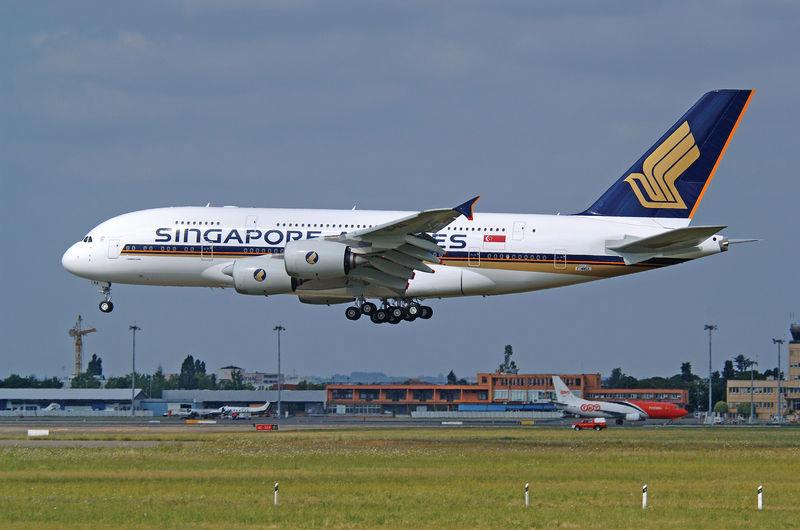 The first Airbus A380 entered service on Oct. 25, 2007, on Singapore Airlines Flight SQ380 between Singapore and Sydney. With passengers finally able to experience the behemoth double-decker aircraft, Airbus lived up to its promise with quieter, more comfortable cabins for passengers and good performance and reliability for operators. 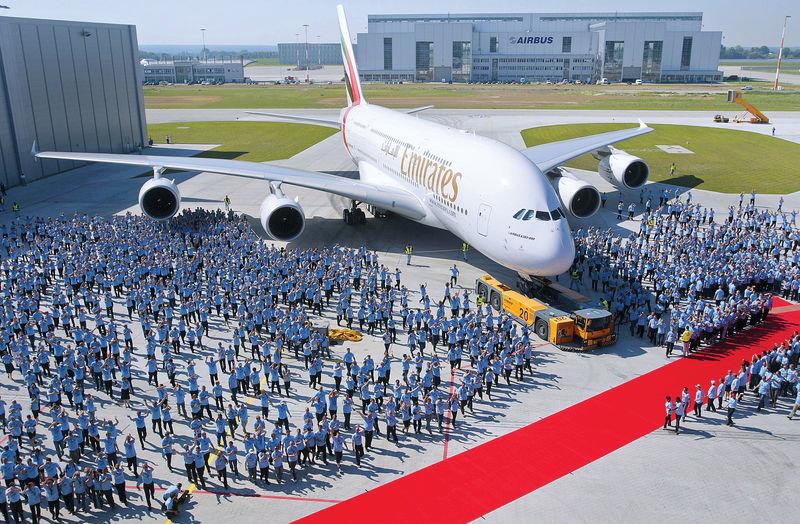 Emirates Airline entered its first A380 into service between Dubai and New York in August 2008. The largest A380 customer by far, Emirates has a fleet of 66 Engine Alliance-GP7270-powered A380s in service, and an enormous backlog of 50 Trent 900-powered A380s and another 23 with GP7270 engines.

That backlog could continue to grow if Airbus announces a long-awaited reengining of the A380. Emirates Airline President Tim Clark is one of the most vocal proponents of an A380neo and has said he would order up to 200 of the reengined type if the project moves forward. The order, if announced, would replace some of the existing fleet, which has an average age of less than four years. 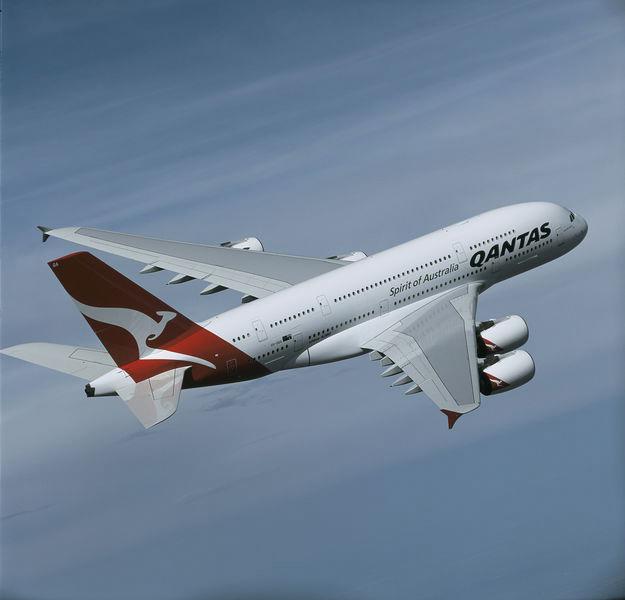 Australia’s Qantas Airways became the third airline to enter an A380 into service, starting in October 2008.  The aircraft, VH-OQA, made unwelcome headlines when the No. 2 Trent 900 engine suffered an uncontained failure in November 2010, just after takeoff from Singapore. The aircraft, named Nancy Bird-Walton after the pioneering Australian aviatrix, returned to service in April 2012 following $139 million in repairs—more than one-third the list price for a new A380. 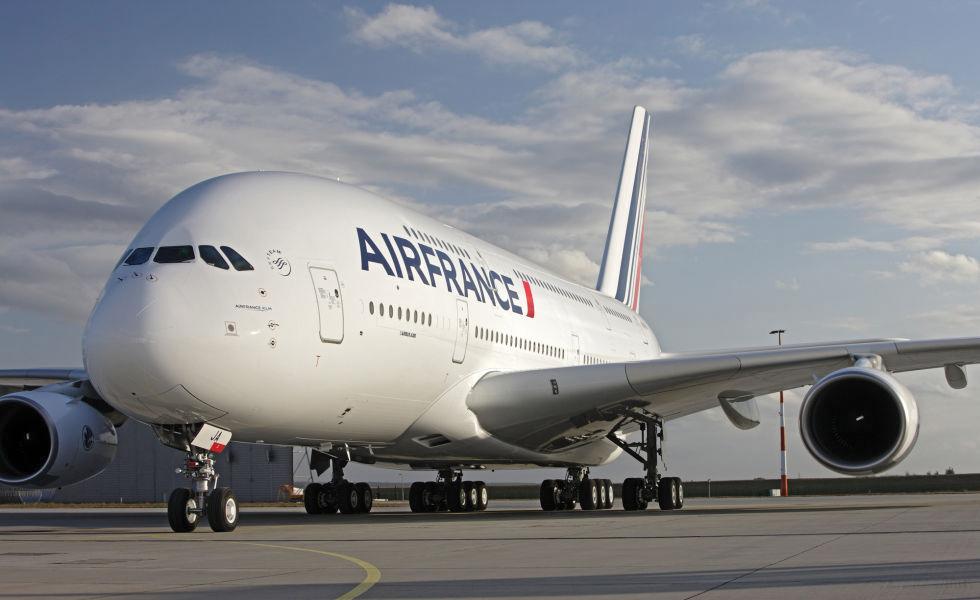 Air France became the first European airline to take delivery of an A380 in November 2009. The carrier has 10 GP7270-powered A380s in service, with a backlog of two more. 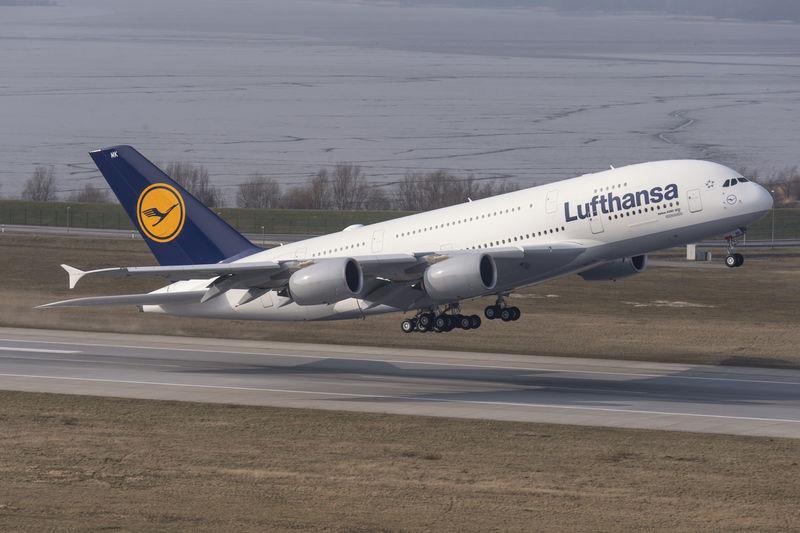 Germany’s Lufthansa entered its first A380 into service in June 2010, becoming the fifth A380 operator and the second in Europe. It also was the first carrier to operate the world’s longest airliner, the Boeing 747-8, in 2012.

In a high-profile move, Lufthansa reduced its A380 order to 14 from 17 in 2013, concluding that it needs fewer aircraft in the very-large segment than originally envisaged when it ordered the A380 a decade earlier. It also reduced its Boeing 747-8 order to 19 from 20. 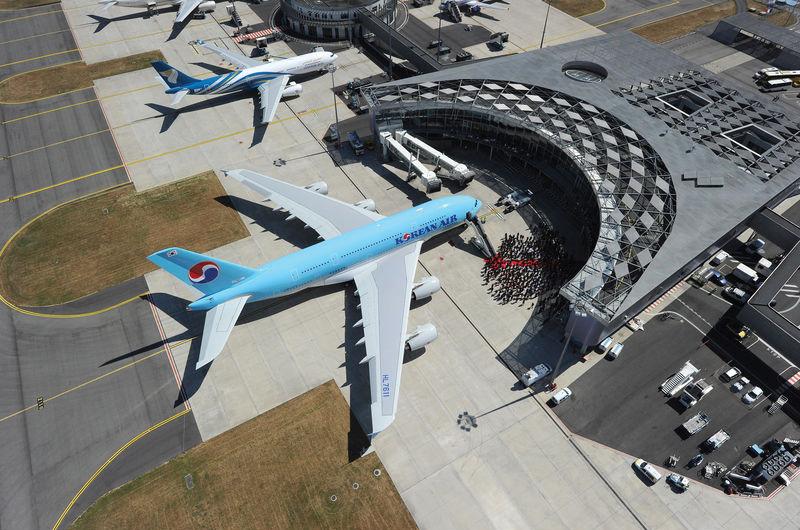 When Korean Air’s first of 10 GP7270-powered A380s entered service in June 2011, the carrier was the first to debut in-cabin innovations and revenue-making opportunities. Capitalizing on Koreans’ love of shopping, the airline configured the A380 with only 407 seats to install a duty-free shopping showcase. The entire upper deck of its A380 was configured with business-class seats. 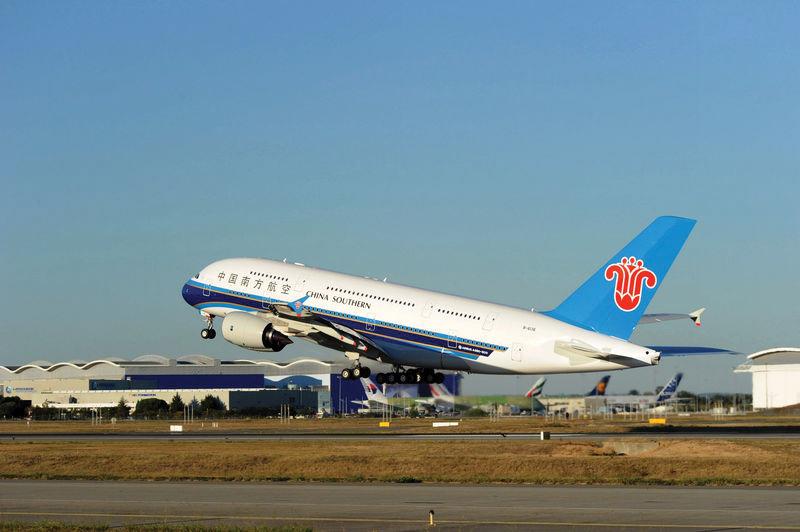 Despite the A380 being designed for long-haul operations, China Southern’s five Trent 900-powered A380s are mostly used on short- and medium-haul operations. China Southern, which entered its first A380 into service in October 2011, is the only Chinese carrier to opt for the high-density aircraft, even though Airbus considers China an important market for commercial airplanes.

In January, 2012, Airbus reported the discovery of cracks in wing rib-feet on some of the in-service fleet. The finding led to extensive modifications to the A380’s wings, affecting a total of 122 aircraft, 105 of which had been already delivered. Airbus also had to design a new-standard wing in which it used a stronger Aluminum alloy for the parts affected. The company has now modified 90% of the aircraft that had already been built and plans to complete the wing modification project by the end of 2015. 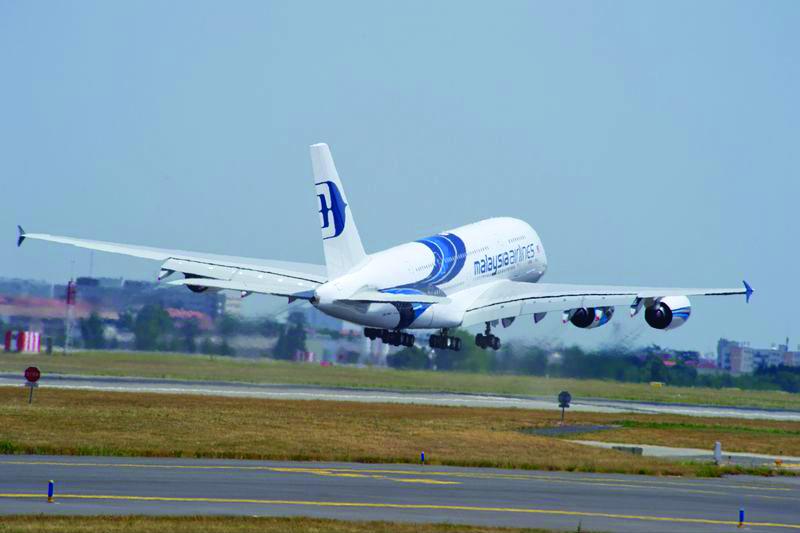 Malaysia Airlines joined the list of A380 operators in July 2012, but just three years later, two of its six A380s are on the market. The aircraft, considered to be “surplus to requirements” for the struggling airline, could be leased or sold as MAS struggles to compete with Gulf carriers in long-haul markets. 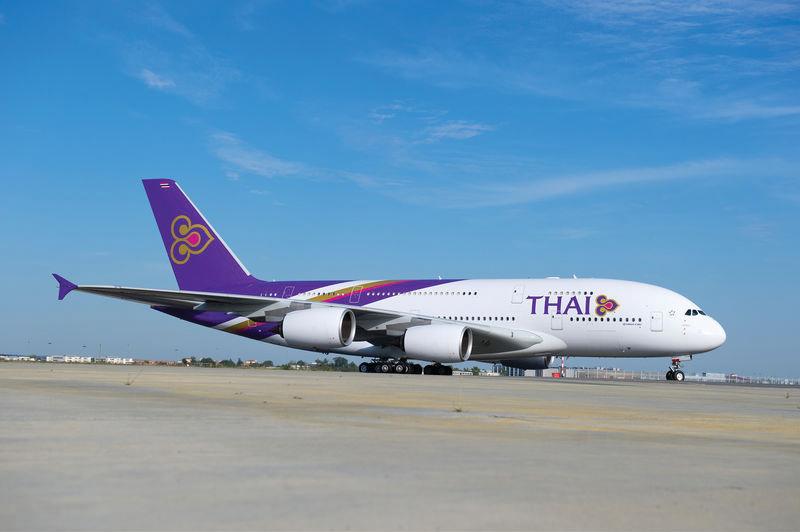 Another Asian carrier opting not to compete head-to-head with Gulf carriers on crowded high-density routes is Thai Airways. The airline put its first 507-seat A380 into service in October 2012 but initially focused on Asian routes. It finally introduced its sixth A380 on services between Bangkok and capacity-constrained London Heathrow Airport in July 2015. 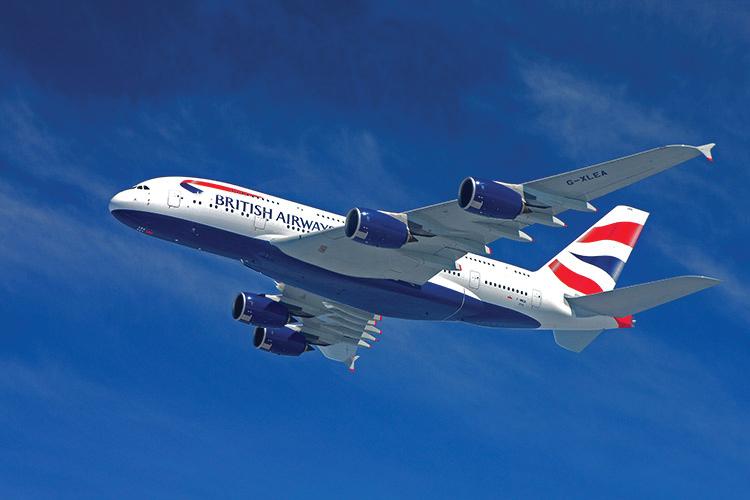 The first British Airways A380 to enter service in August 2013 was a big deal for Airbus. It was the first Airbus widebody for the British carrier, which is beginning to phase out its aging Boeing 747 fleet. It also became the third and final major European airline to operate the A380 after Air France and Lufthansa.

The airline, a late entrant into the very-large-aircraft market, currently has nine A380s in service, but it has already signaled that it does not plan to grow its A380 fleet beyond the 12 it originally ordered. 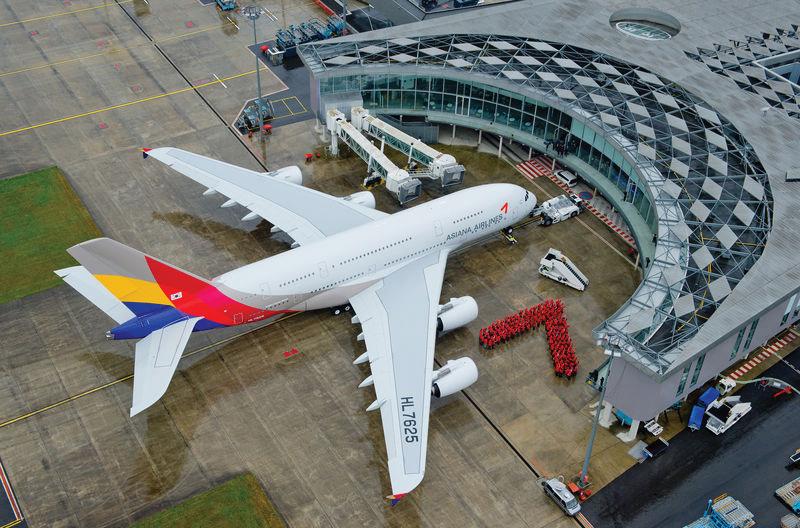 Transpacific and high-density north Asian routes were in focus when South Korea’s second-largest carrier, Asiana Airlines, ordered its six A380s. The airline became the 11th A380 operator in June 2014, with four of its total order of six A380s currently in service. 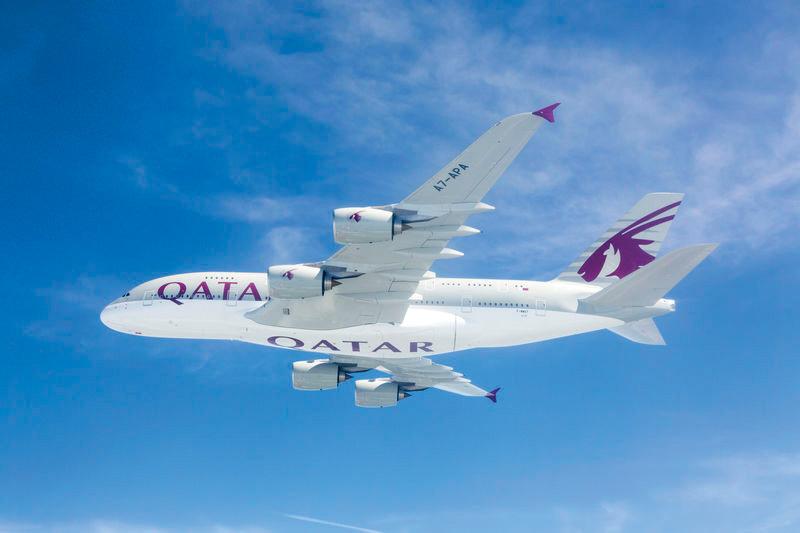 Following months of delays after it refused to accept its first A380, Qatar Airways finally introduced the superjumbo into its fleet in October 2014. With five of the total 10 A380s ordered now in service, Qatar is the only airline to operate every Airbus widebody. The carrier is monitoring performance of its A380s before making a decision to exercise its option for three more. 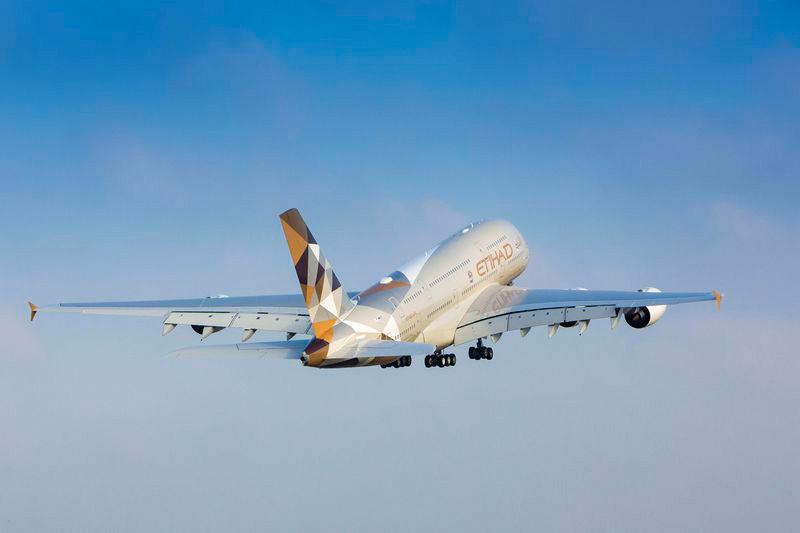 Hot on the heels of Qatar, Etihad Airways entered its first A380 into service in December 2014. The aircraft was the 150th superjumbo to be delivered by Airbus. The Abu Dhabi-based carrier made headlines when it launched its premium products, including a three-room suite called “residence” and “apartments” with butler service on the top deck of the A380. The airline has four A380s in service and six more on order.

Originally expected to enter commercial operations in March 2006, the Airbus A380 eventually made its first revenue flight in October 2007 as Singapore Airlines Flight 380 from Singapore to Sydney.

There are now 171 A380s in service with 13 carriers. Airbus’s backlog of 146 aircraft includes orders from Air Austral, Transaero and lessor Amedeo. Most importantly, Emirates Airline has outstanding orders for another 73 aircraft. Qantas, Singapore Airlines, British Airways and Air France also will take more A380s. However, it remains to be seen how long Virgin Atlantic’s order for six A380s will stay on the order book. Airbus has yet to break into India, after the now-defunct Kingfisher’s 2011 order for five A380s was removed from the order book in January 2014.

Airbus has also failed to crack the North American market with the model, but a U.S. carrier could operate the A380 if Amedeo is correct in its prediction that it will find customers for its 20 A380s, with the lessor’s CEO Mark Lapidus pinning hopes on Delta Air Lines.