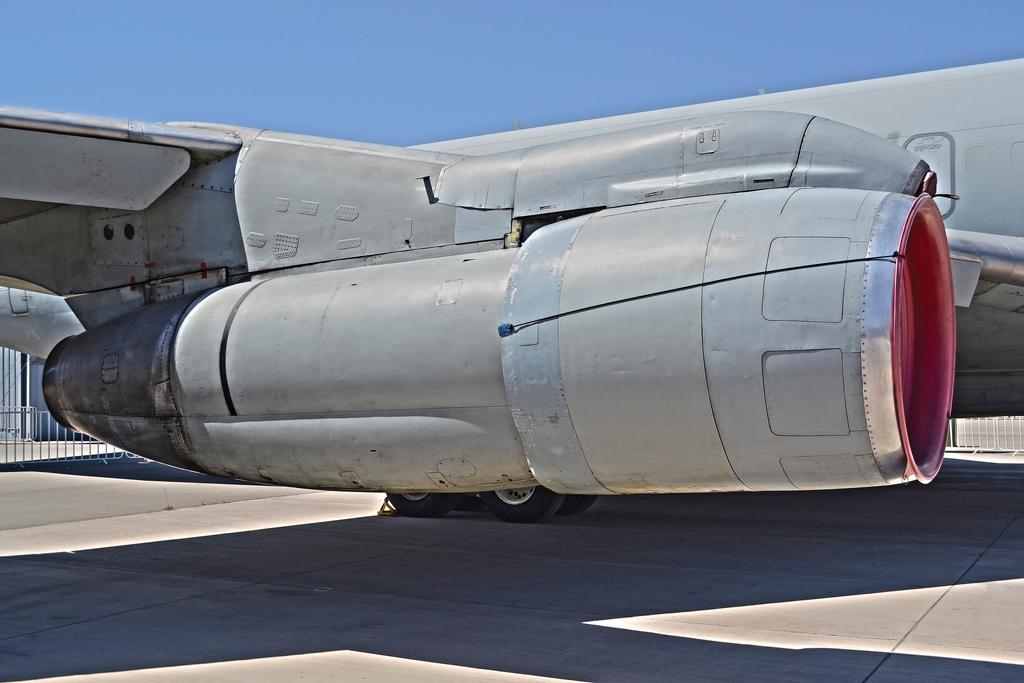 
The search for improved fuel efficiency and higher thrust in the 1950s drove manufacturers to study a new form of engine that divided the flow into a bypass stream and a core stream. The Rolls-Royce Conway was the first bypass engine to enter service on the Boeing 707 in 1960, but it was Pratt & Whitney’s JT3D (pictured) that had the most success. General Electric produced the CJ805-23B, the first U.S. turbofan, by adding a fan stage to the aft section of a derivative of the military J79 engine, but this enjoyed only limited success; it was installed only on the Convair 990. 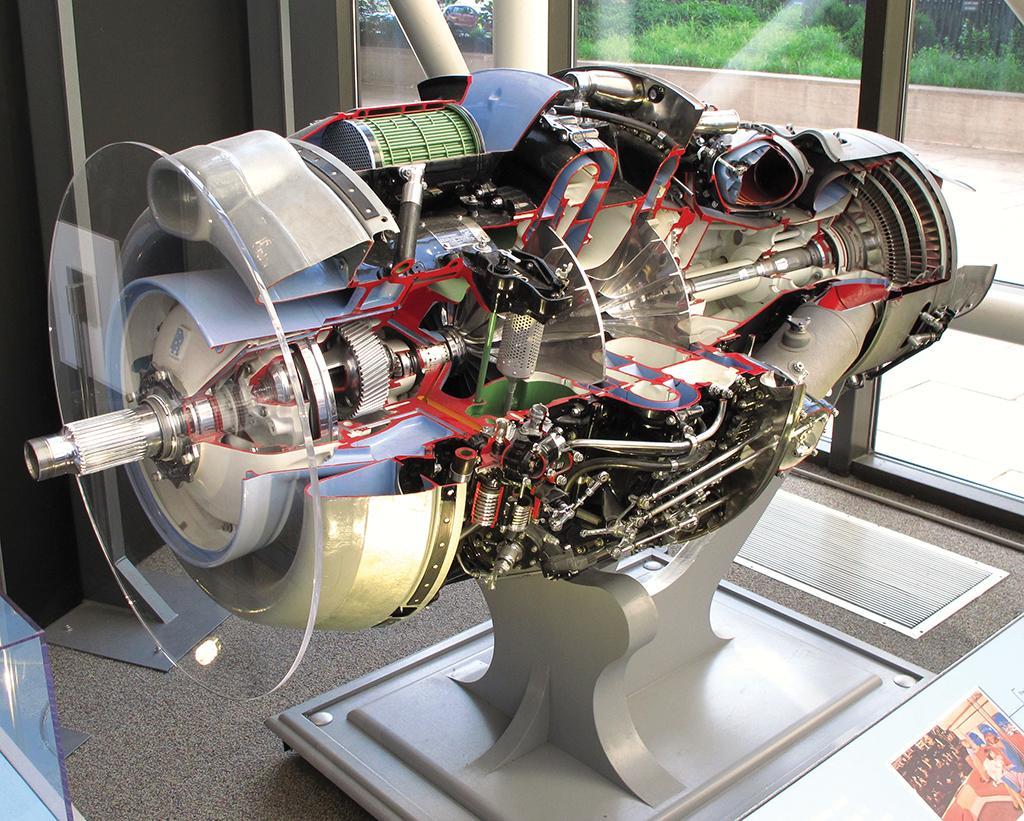 
Turboprops harness the energy of the exhaust stream of the gas turbine and convert it into shaft power either by a gearbox attached directly to the compressor, or by a separate free turbine driving a co-axial shaft into a reduction gearbox. A turboshaft is similar to a turboprop but provides power to a transmission unit connected to a rotor rather than a propeller. Notable turboprop successes include engine such as this Rolls-Royce Dart. 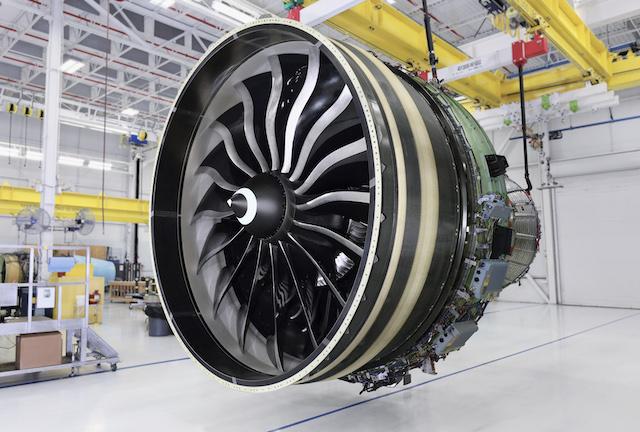 Originally driven by military requirements in the 1960s, the development of high bypass ratio turbofans led to the birth of the modern era of jet transports. As the ratio increased of airflow passing around the core, rather than through it, the amount of thrust generated by the low-pressure fan system increased relative to that produced by the core jet flow. This improved the propulsive efficiency, and significantly reduced both noise and fuel burn. The largest turbofan yet produced, GE Aviation’s GE9X – developed for the yet-to-enter-service Boeing 777X, has a 134-in. diameter fan and generated a record 134,000 lb. thrust in tests. The engine has a 10% lower specific fuel consumption than its predecessor, the GE90-115B. 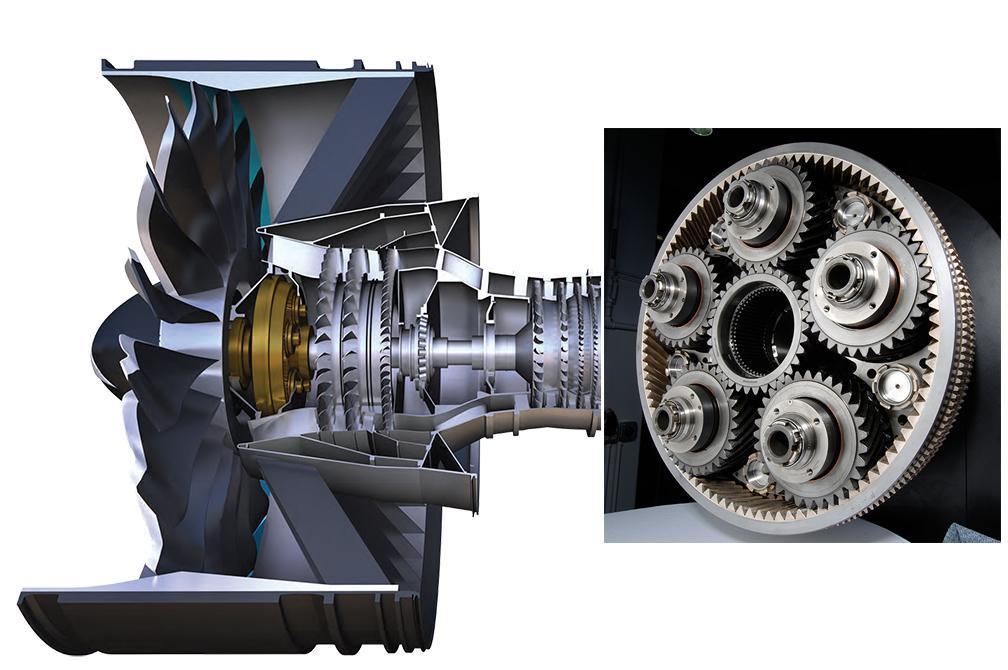 Pratt & Whitney has developed a family of geared turbofans that link the low-pressure turbine and fan via a gear system. The concept, which was previously successfully tried on lower-thrust engines such as the Honeywell TFE731 and LF502 families, enables the engine to be more efficient by allowing the fan to run more slowly and the low-pressure compressor and turbine to run faster.

The PW1100G member of Pratt’s PW1000G geared fan family has become popular on the Airbus A320neo while other variants now power the A220, Embraer’s E-Jet E2 series and the Irkut MC-21. The PW1100G is at least 16% more fuel efficient than the conventional V2500 turbofan it replaced on the A320. Rolls-Royce has also adopted the geared concept for its new UltraFan engine family now in development for applications between 25,000 lb. and 100,000 lb.-thrust plus. The first UltraFan demonstrator will run in early 2022. 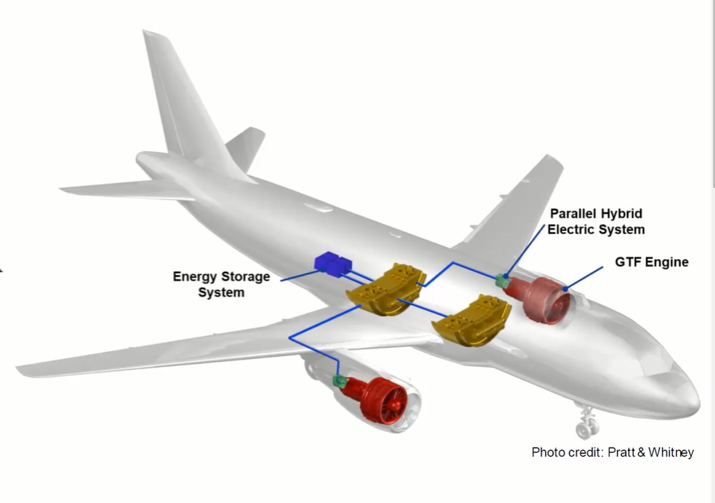 
As aviation inches toward meeting commitments of reaching net zero carbon emissions by 2050, more manufacturers are investing in technology for hybrid electric and hydrogen powered aircraft. Although the initial focus for all-electric power is the short range, small urban and advanced air mobility markets, the higher power requirements of regional and single aisle aircraft is driving research into larger hybrid-electric propulsion. Much of this work is based on the development and test of megawatt class generators for airborne applications working in conjunction with modified gas turbines or, in some cases electric motors and hydrogen fuel-cell propulsion systems.

Although propulsion is sometimes overlooked in the historical arc of the aerospace saga, advances in engine technology have been pivotal to every significant development in aviation history.  From turboprops to high-bypass geared turbofan and more, take a look at some of these engine technologies.

Subscribe now for full access to our 100+ year archive with ongoing coverage on technological advancements, emerging programs, trends and innovation.

Air Transport
Propulsion Programs For A Greener Future In Aviation