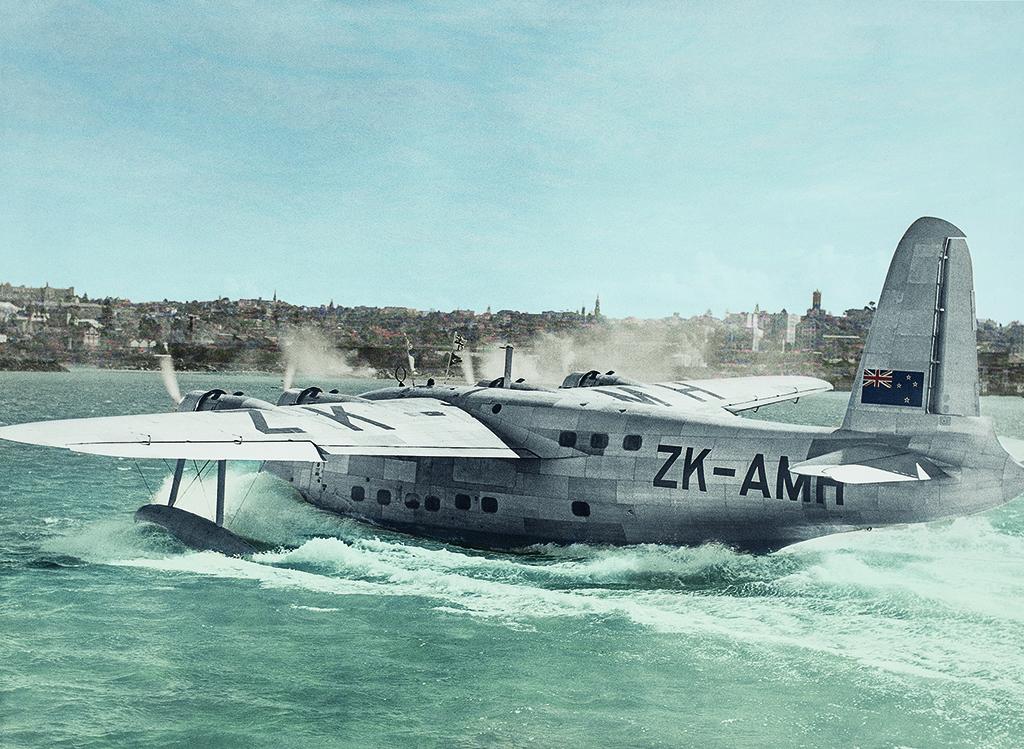 Air New Zealand’s first incarnation was Tasman Empire Airways Ltd. (TEAL), which launched its maiden flight in April, 1940. In its early days TEAL operated flying boats—such as this Short 25 Sandringham—to Australia and the Pacific Islands. The airline began converting to DC-6s for Australian flights in 1954, but some of the flying boats were still in use on the Pacific Island “Coral Route” until 1960. Credit: Air New Zealand 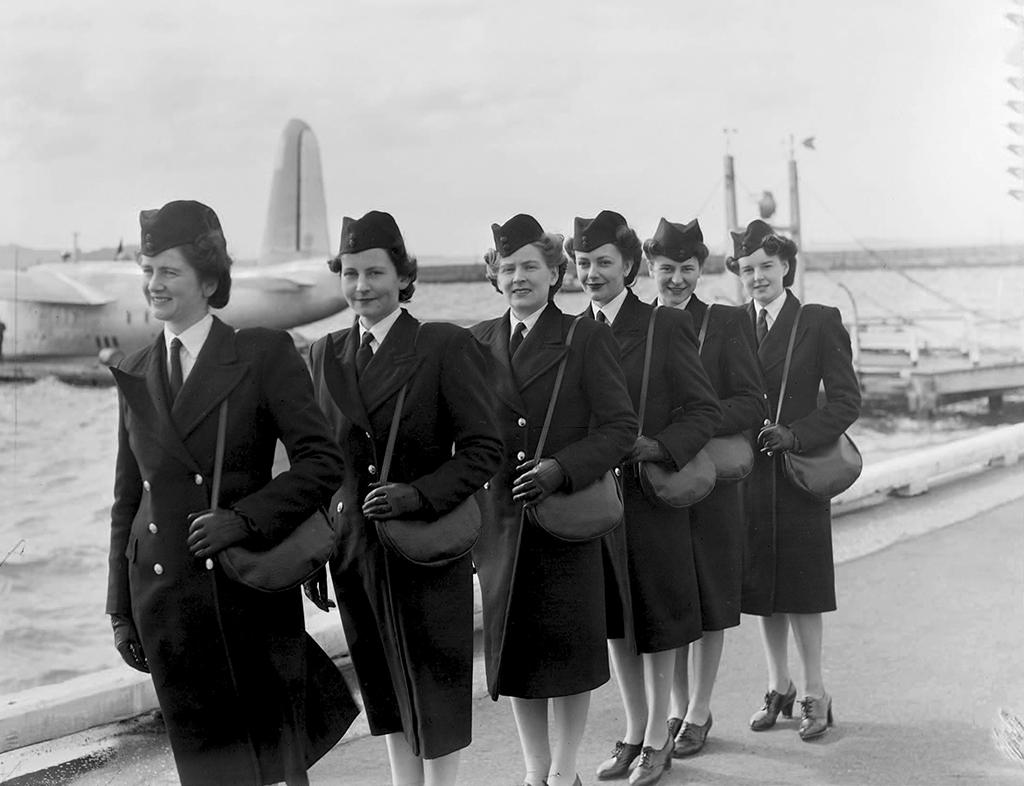 There was initially reluctance to employ women on the flying boats, but the first six stewardesses (as they were called then) were hired in 1946. They became the face of the airline, with uniforms that had a distinct military look befitting the immediate post-war years. Credit: Air New Zealand 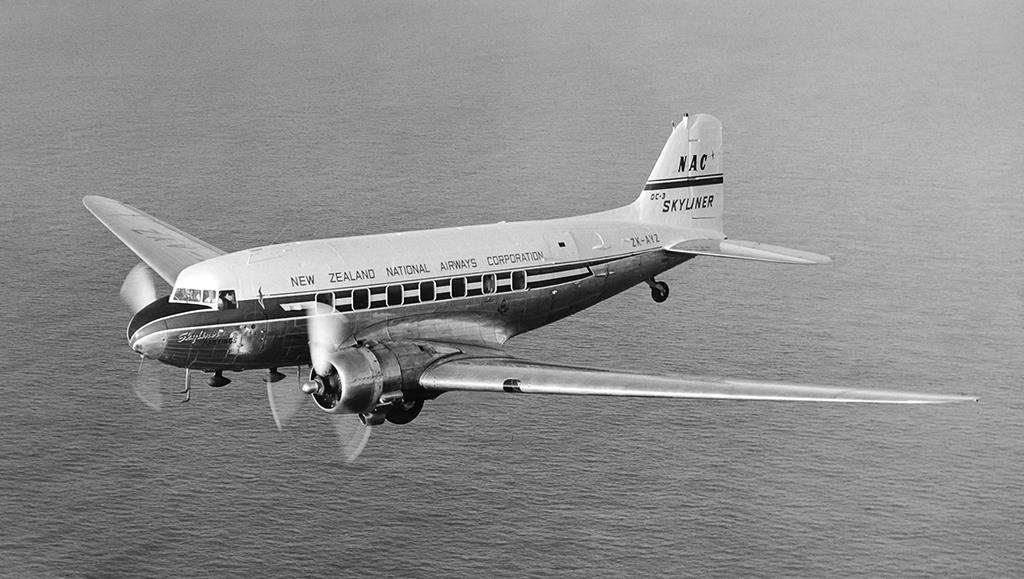 National Airways Corp.—Air New Zealand’s other major ancestor—was formed by the government in 1947. It operated mainly domestic routes, as distinct from TEAL which was international. NAC initially flew DC-3s, such as the one pictured. Credit Air New Zealand 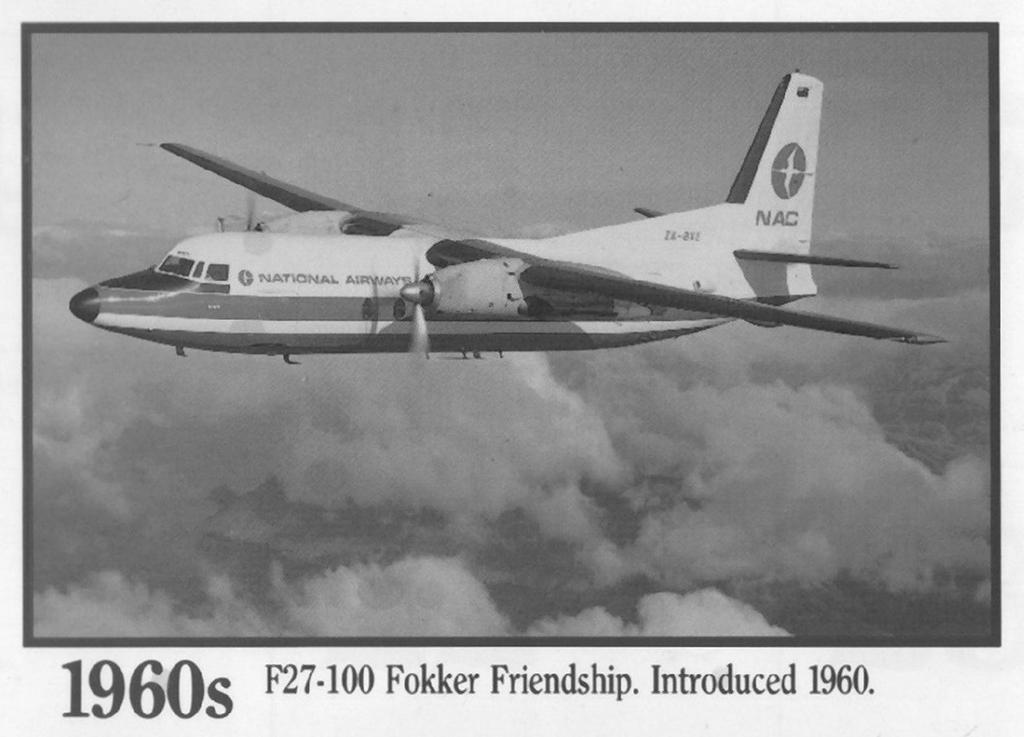 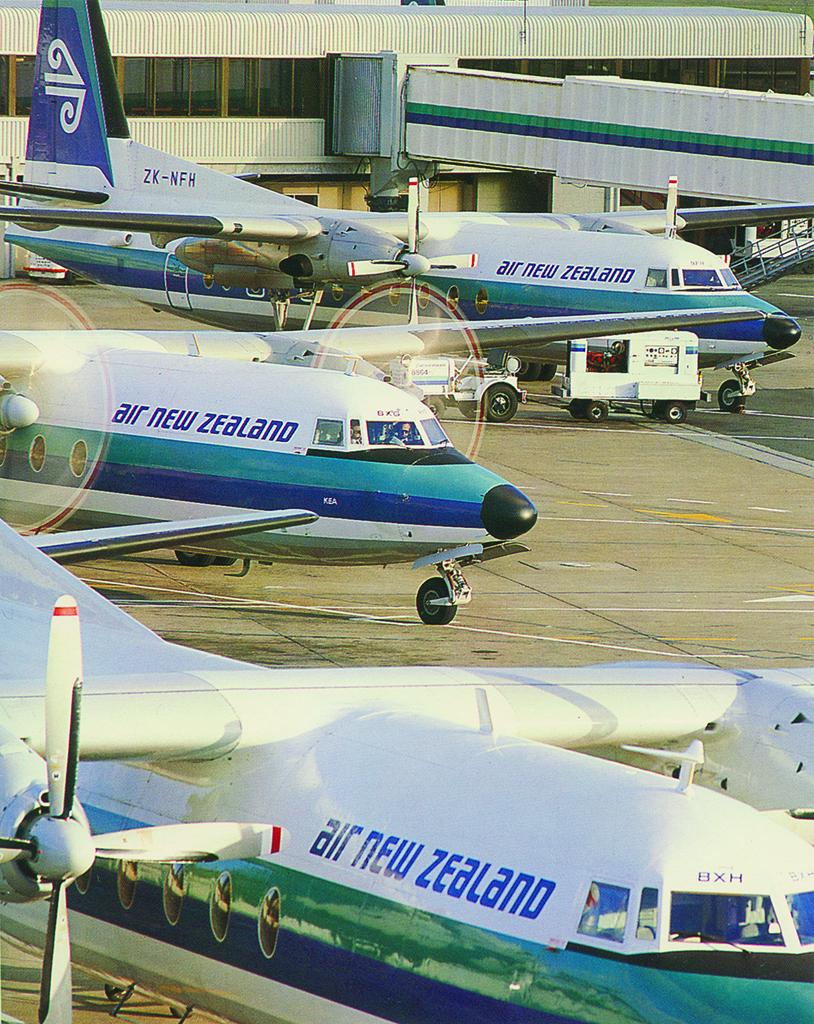 By the end of the 1970s, the Friendships and other NAC aircraft were wearing a different livery. TEAL changed its name to Air New Zealand in 1965, and in 1978 it merged with NAC, which also took on the new name. Credit: Air New Zealand 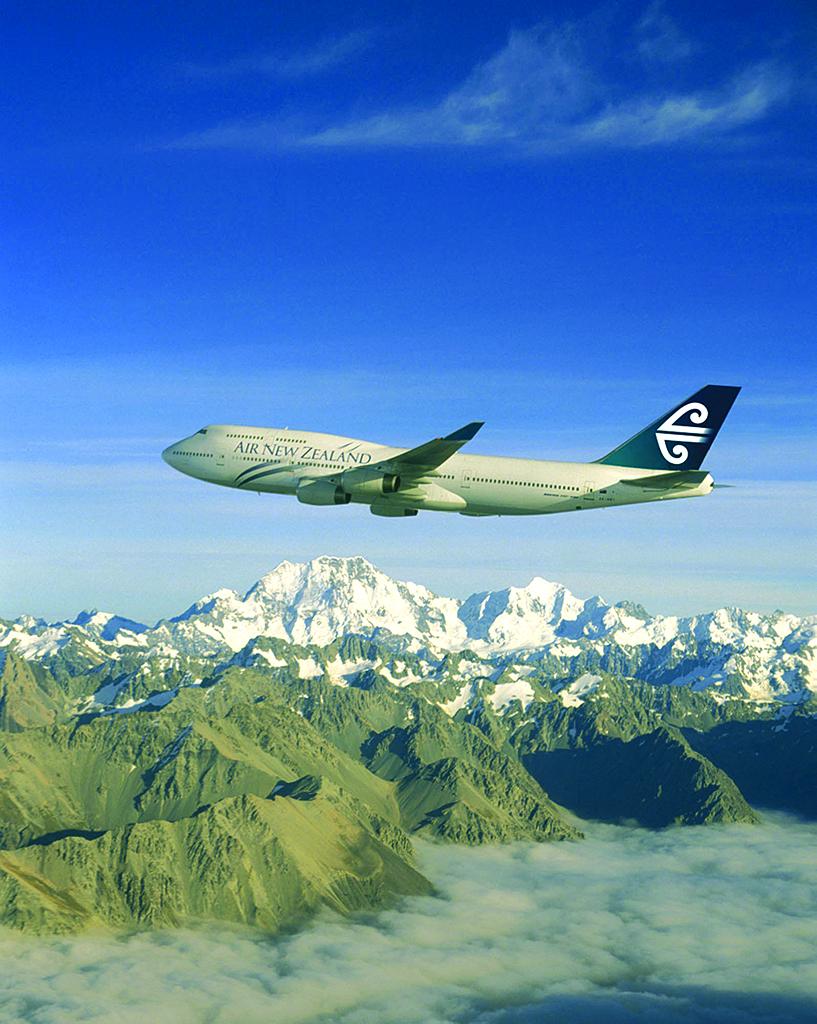 Air New Zealand took delivery of its first Boeing 747-200 in 1981, beginning a long association with the 747 family. The carrier operated the -400 variant—as pictured—from 1989, but the last two of these aircraft were phased out in 2014. By then, their role as backbone of the long-haul fleet had already been assumed by Boeing 777-200ERs and -300ERs. Credit: Air New Zealand 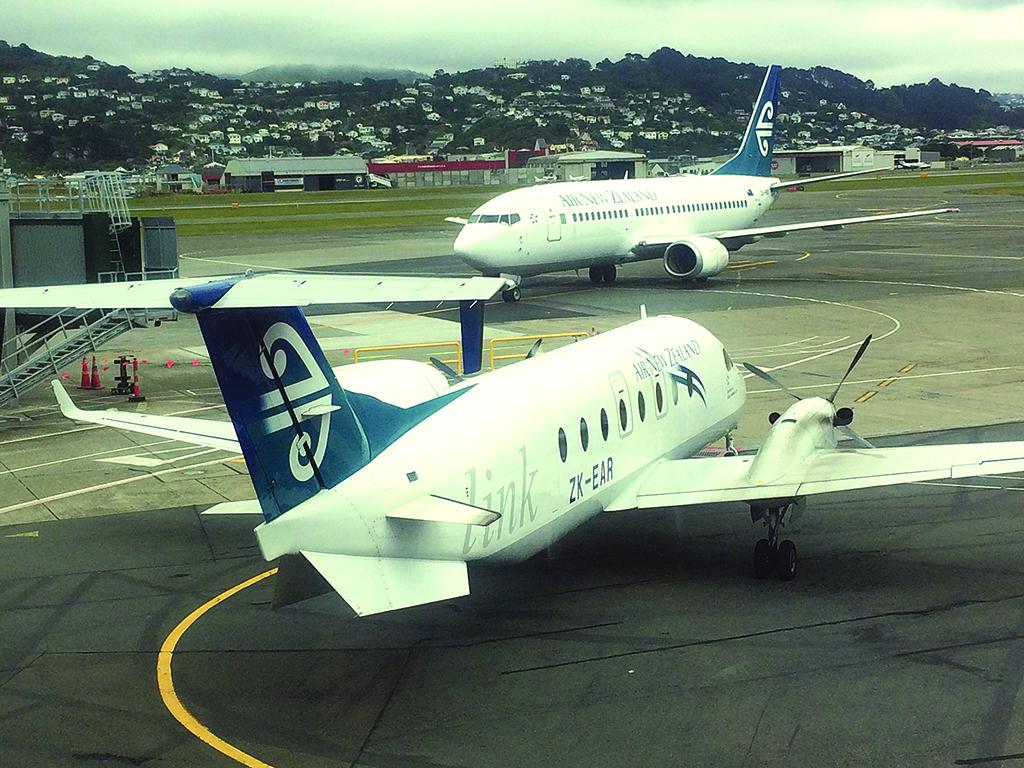 The domestic operation is also retiring long-serving aircraft types. Over the next few years, the Beechcraft 1900Ds used on some regional flights will be phased out, and Boeing 737-300s are in the process of being replaced by new Airbus A320s. A 1900D and a 737-300 are pictured at Wellington Airport. Credit: AW&ST 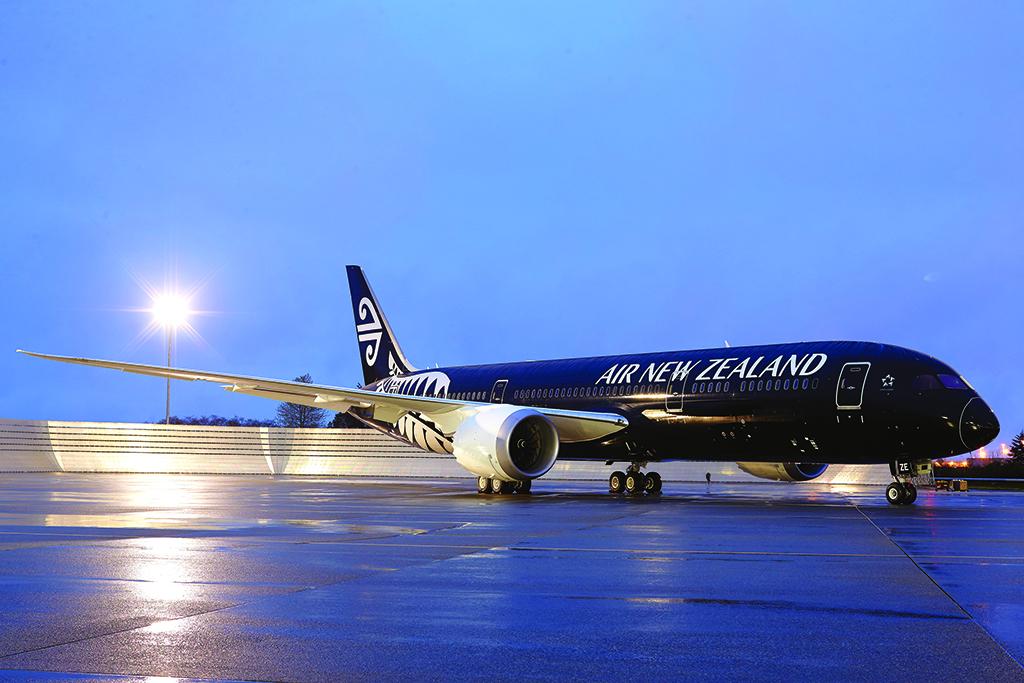 The cycle of fleet modernization continues, as Air New Zealand in 2014 received its first Boeing 787. The carrier was the launch customer of the stretched -9 variant of the 787, and its order total has been boosted to 12. Credit: Air New Zealand. 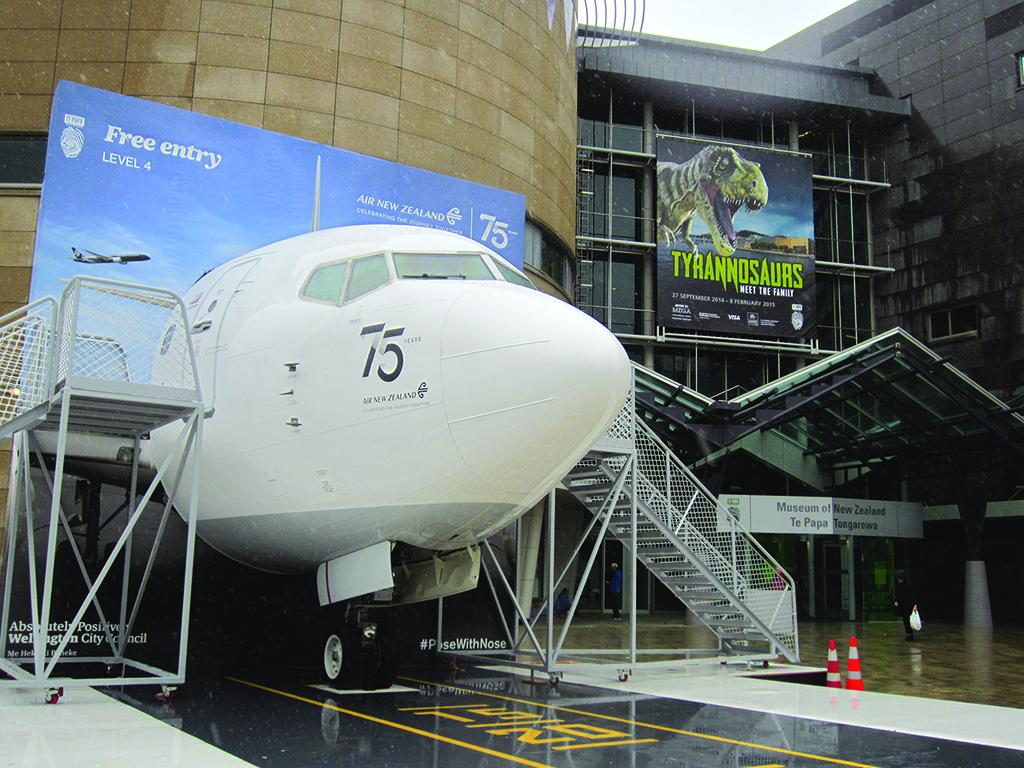 Air New Zealand is marking its 75th anniversary year in 2015 with an exhibition of its history at the Te Papa national museum. A 737 nose section has been installed outside the museum for the occasion. Credit: AW&ST 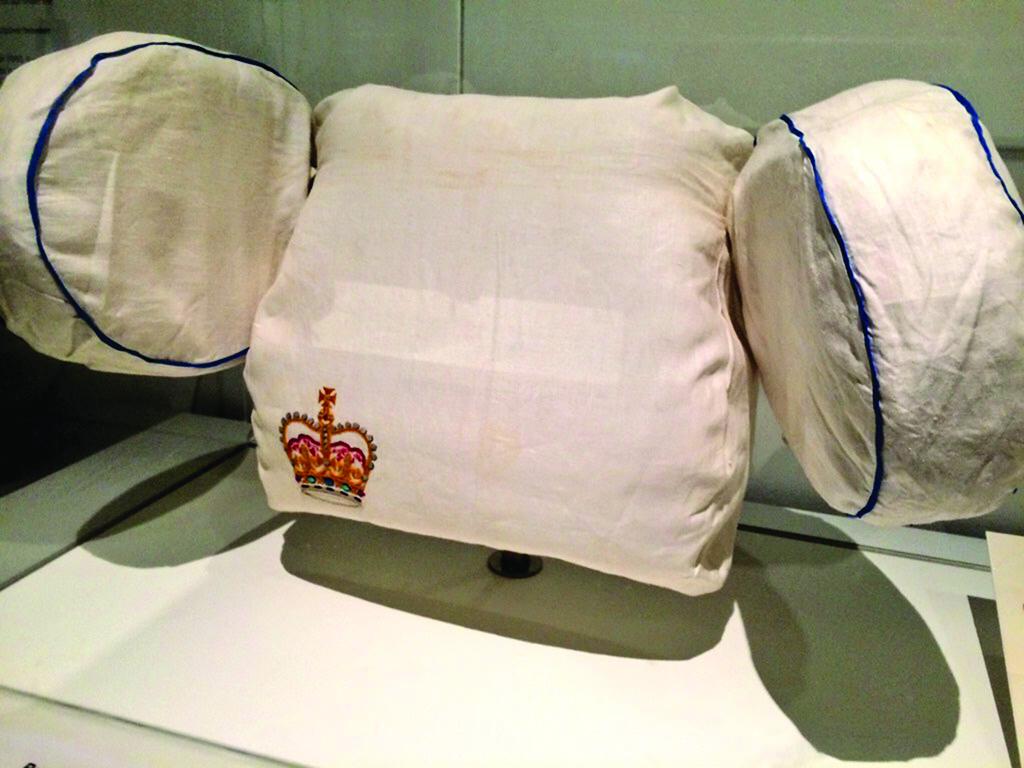 Among the more unusual artifacts is this silk headrest cover for a Solent flying boat seat, made for Queen Elizabeth II for use during her tour of New Zealand and the Pacific Islands in 1953. Credit: AW&ST 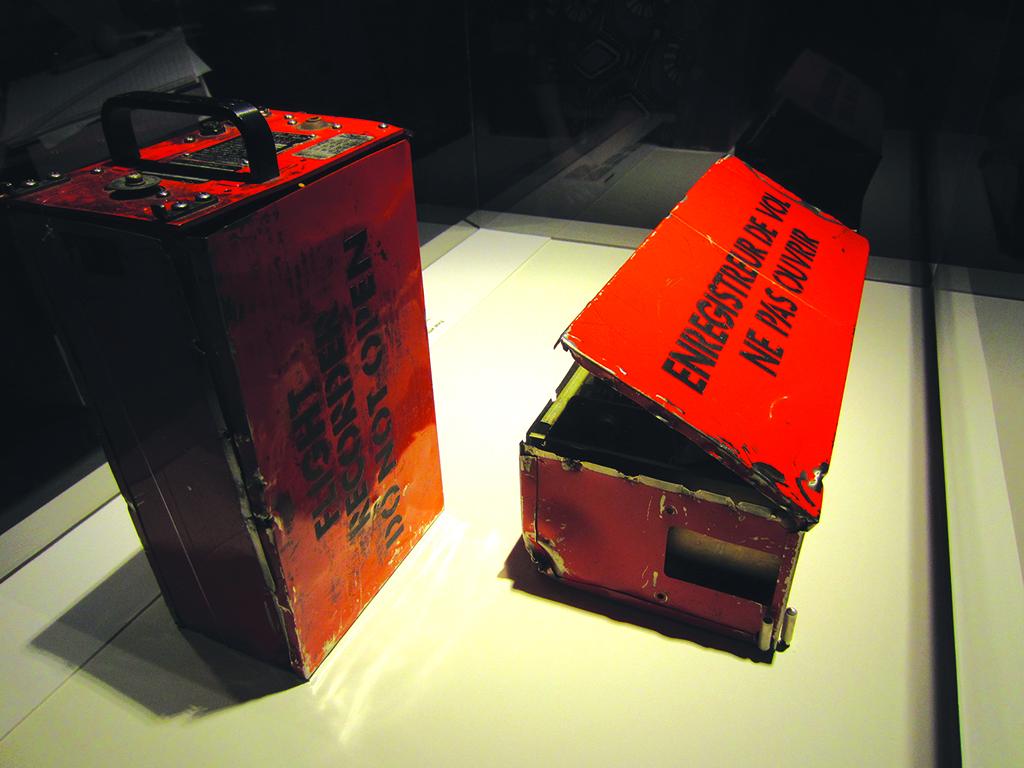 A more somber episode in Air New Zealand’s history is also represented. Pictured are the cockpit voice recorder and data recorder from flight TE901, an Air New Zealand DC-10 that crashed into Mt. Erebus in Antarctica during a sightseeing flight in 1979. All 257 people on board were killed. Credit: AW&ST 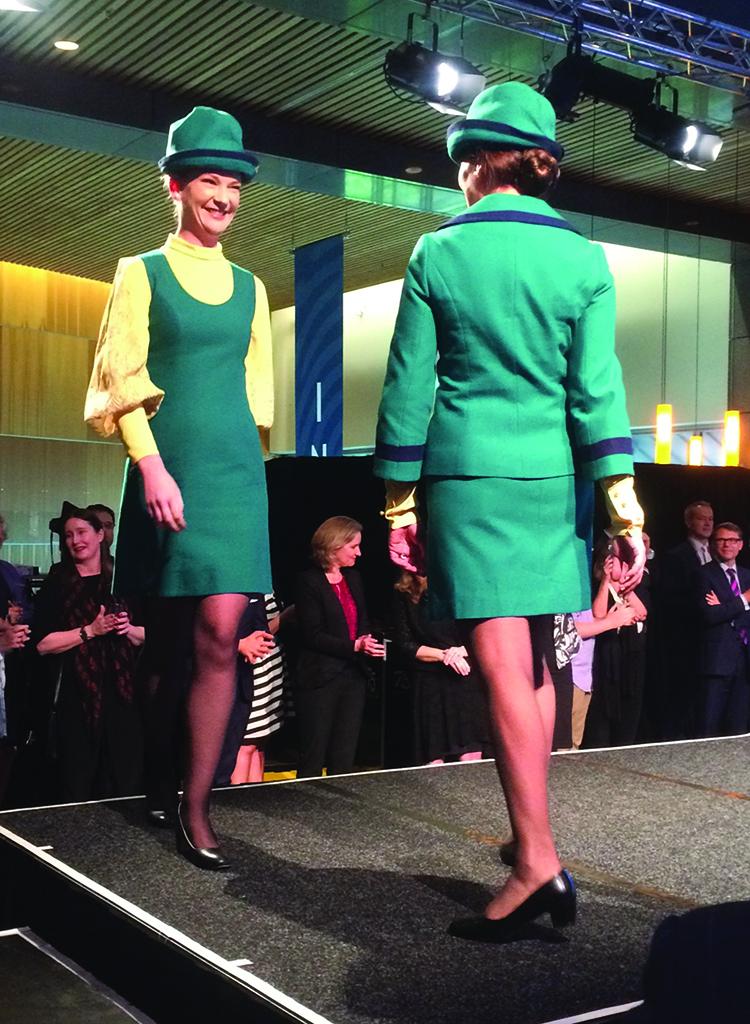 Flight attendant fashion has changed considerably over the years, and the exhibition at the Te Papa national museum shows Air New Zealand uniforms from the earliest days of TEAL to the present. Current staff members modeled some of the old uniform styles at the opening on Dec. 18, providing a link between eras. Credit: AW&ST

Air New Zealand celebrates its 75th anniversary in 2015, and the country’s national museum in Wellington is marking the occasion with a major exhibition on the airline’s story. The prominence of the venue is appropriate, given the huge role the carrier has played in New Zealand’s cultural history and development.

The airline has used a wide range of aircraft types over the years, as it grew from operating flying boats solely on Australia routes, to deploying the largest widebody jets to the opposite side of the globe. Aviation Week takes a look at some of the iconic aircraft the airline has owned and the people who flew in them, and we include a few highlights of the 75th anniversary exhibition.