Designs That Changed The Way Aircraft Are Built 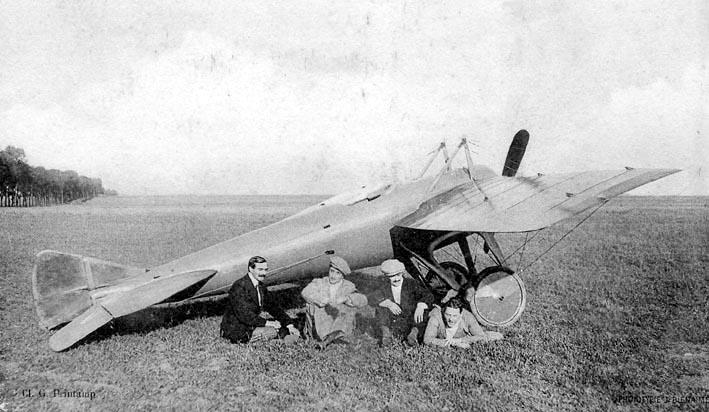 This racing aircraft built by France’s Aeroplanes Deperdussion, later to become famous as SPAD, pioneered the light, strong and streamlined monocoque fuselage, formed of thin plywood layers over a circular frame. The Monocoque won the Gordon Bennett Trophy for air racing in 1912 and 1913, raising the aircraft speed record to 130 mph.

The Albatros series of biplane fighters flown by Germany in World War I featured semi-monocoque fuselages, in which load-bearing plywood skin panels were glued to longitudinal longerons and internal bulkheads. As metal replaced wood, the term semi-monocoque gave way to stressed skin, and remains the prevalent aircraft structural configuration. 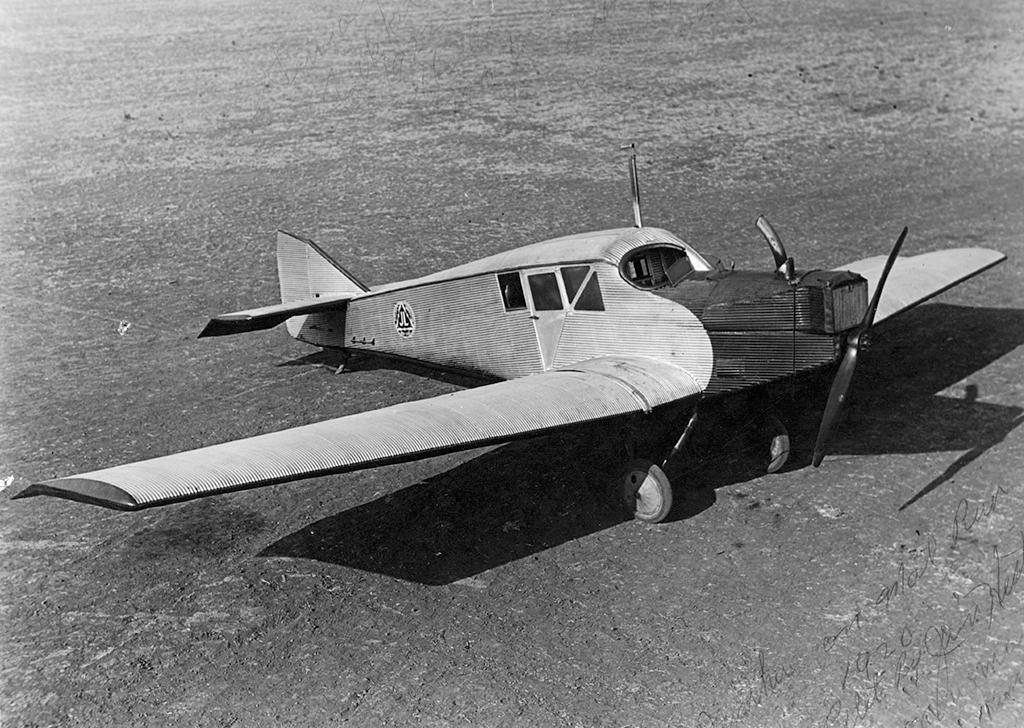 Germany’s Hugo Junkers flew the revolutionary J1—an experimental all-metal, cantilever-wing, stressed-skin monoplane—in 1915. The steel J1 was followed in 1919 by the Duralumin F13 (pictured), the first all-metal transport aircraft. More than 300 were built. Also flown in 1919 was the sole example of the Zeppelin-Stakken E-4/20, the first four-engine, all-metal passenger aircraft. 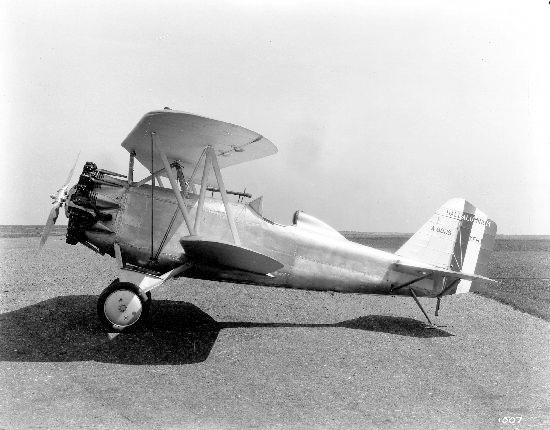 Built in the U.S. by Hall Aluminum and flown in 1929, the XFH naval fighter prototype (pictured) was the first aircraft with a riveted metal fuselage—a watertight aluminum skin over steel tubing. Hall also pioneered flush rivets and butt joints between skin panels in the PH flying boat, which first flew in 1929. 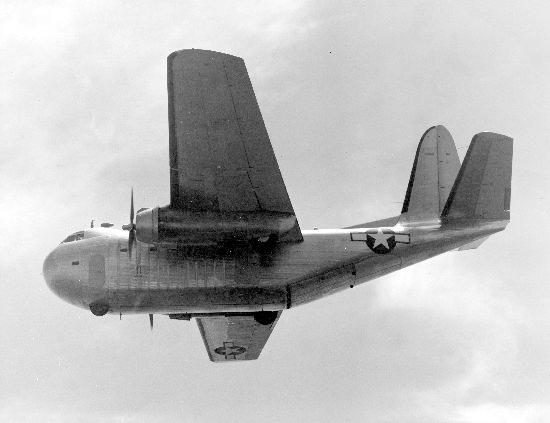 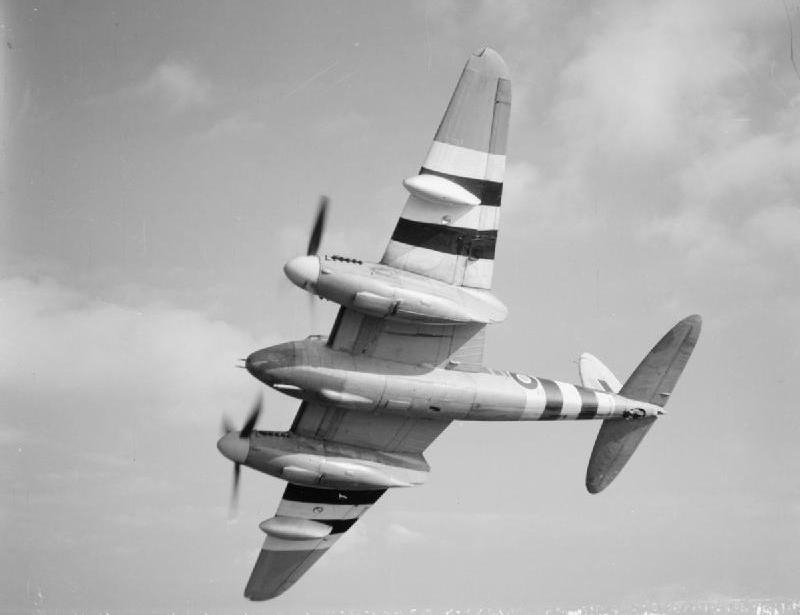 With the wartime scarcity of aluminum, de Havilland built its Mosquito fighter-bomber (pictured) from wood—plywood facings bonded to a balsawood core and formed using molds to produce monocoque structures. This led to the development of metal-to-metal bonding, used in the de Havilland Comet jet airliner and by Fokker in the F27 and F28 airliners. 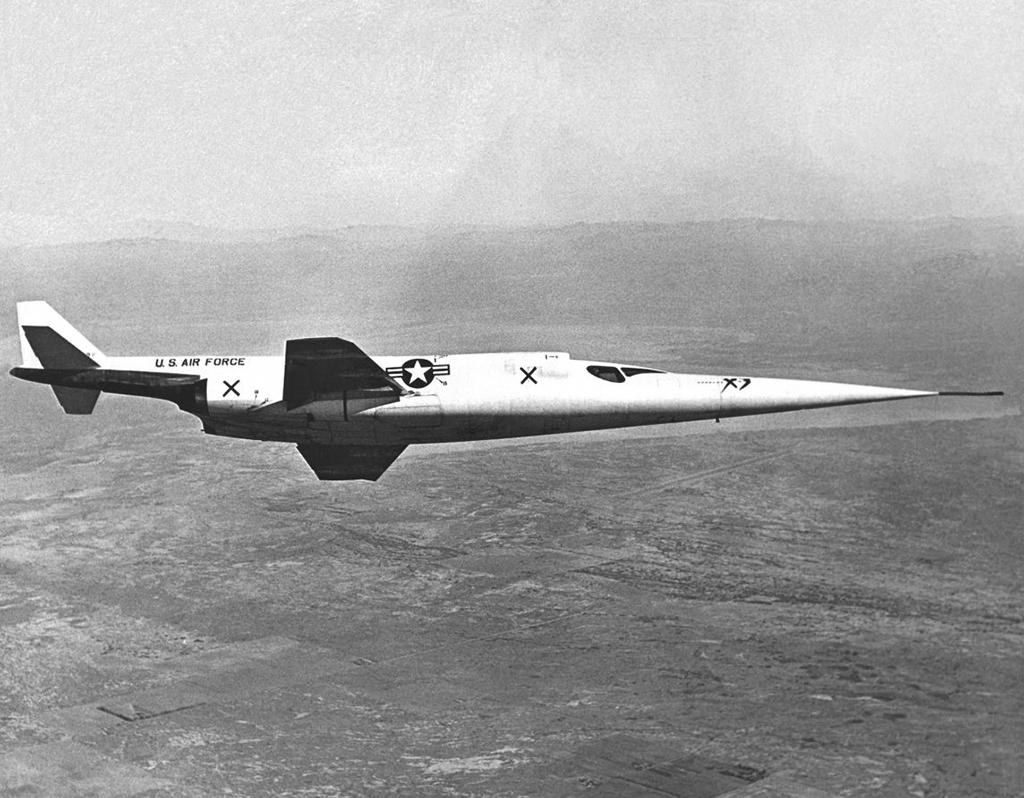 The first titanium aircraft was the Douglas X-3 Stiletto (pictured) flown in 1952. Designed to cruise at Mach 2, where skin friction required the heat resistance of titanium, the X-3 was underpowered and barely supersonic. Capable of Mach 3.2, Lockheed’s A-12 and SR-71 were also mainly titanium, and the material was to be used for Boeing’s canceled 2707 supersonic transport, designed to cruise at Mach 2.7. 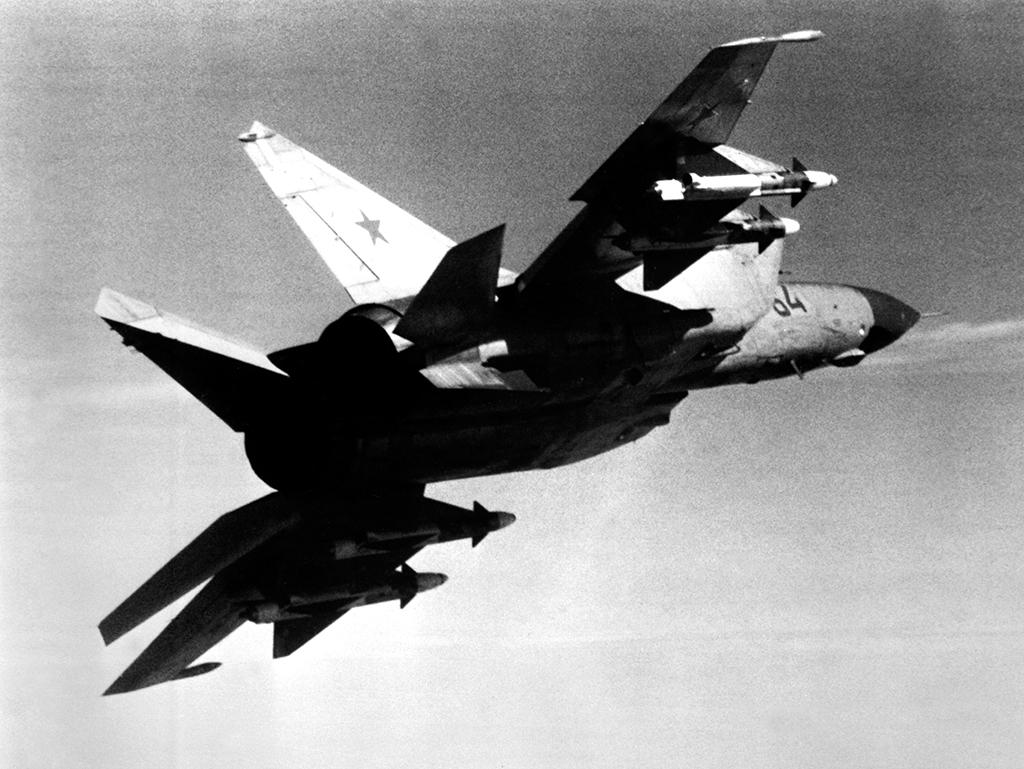 Russian design bureau Mikoyan-Gurevich used welded nickel steel for the airframe of the Mach 2.8 MiG-25 fighter (pictured), first flown in 1964, because heat-resistant titanium was difficult to work with and hard to weld. The North American XB-70, designed to reach Mach 3.1, but canceled by the time it flew in 1964, used brazed stainless-steel honeycomb panels and titanium. 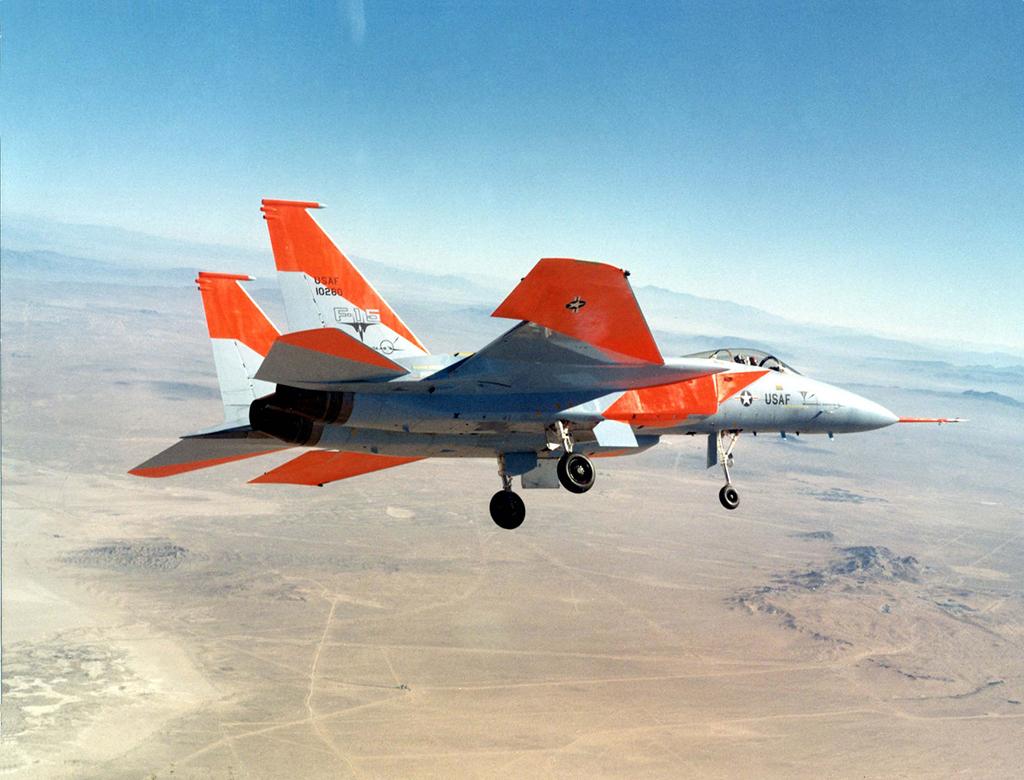 McDonnell Aircraft began using computers to help lay out designs in 1969, and developed the computer-aided design system used in development of the F-15 fighter (pictured). The F-15A and Grumman F-14A, both flown first in 1974, used boron-fiber composites in the tails. But boron fiber was expensive, and the U.S. moved to carbon-fiber composite for wing skins on the Boeing AV-8B, F/A-18 and Northrop B-2. 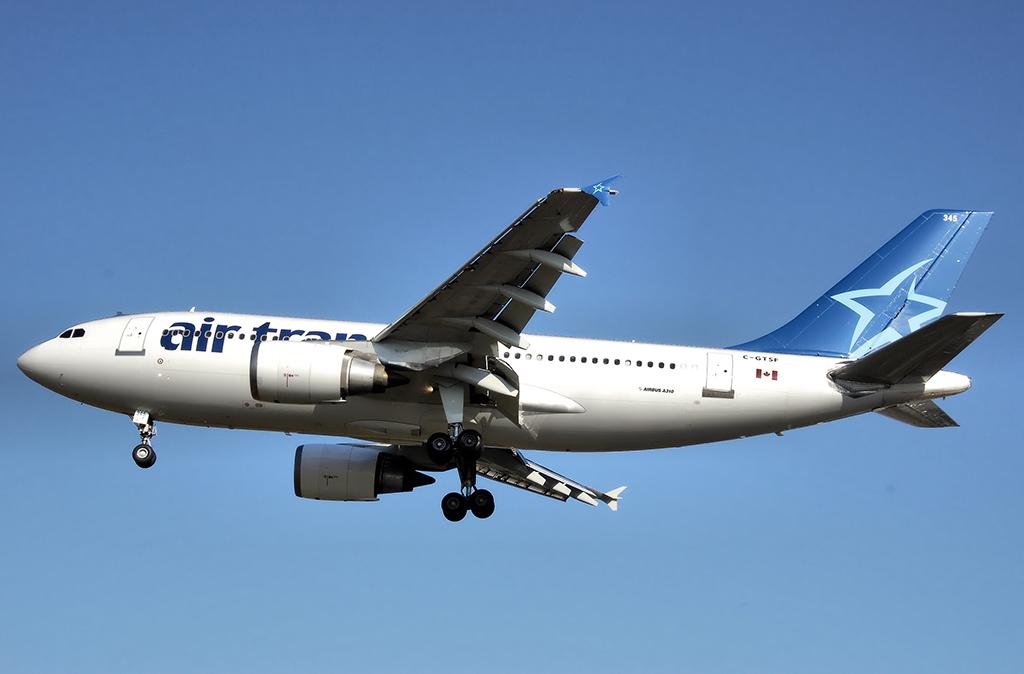 The first carbon-fiber primary structure in a production commercial aircraft was the vertical stabilizer of the Airbus A310-300, first flown in 1985. It marked the beginning of a progression of increasing composites use in the European manufacturer’s airliners that added the horizontal stabilizer with the A320 in 1987 and A330/A340 in 1994 and the center wing-box and aft fuselage of the A380 in 2005. 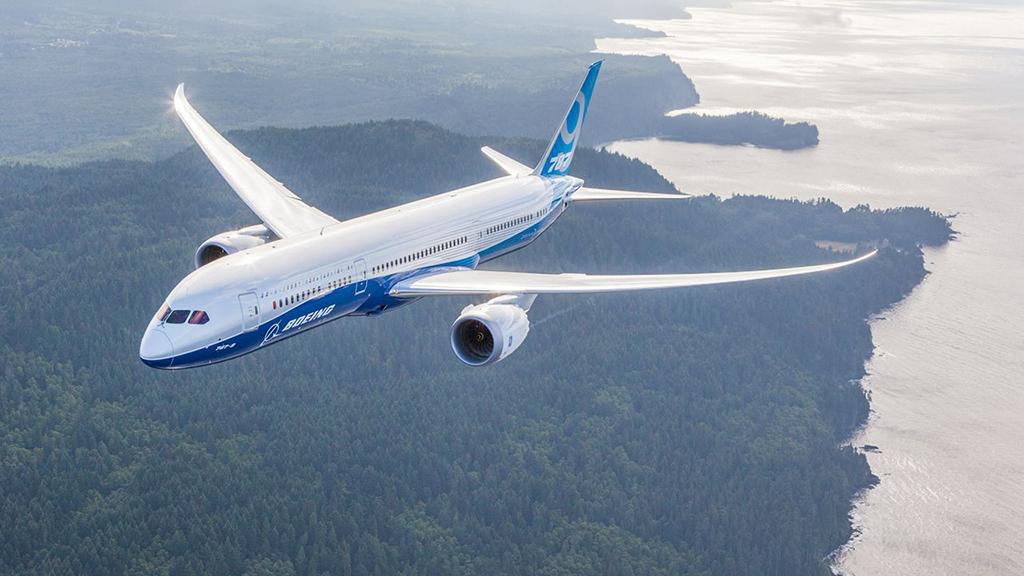 Use of carbon-fiber composites in commercial aircraft reached a landmark 50% of structure weight with the Boeing 787, first flown in 2009, where the material allowed a more slender, lower-drag wing and higher cabin pressurization and humidity. Aluminum was reduced to 20%, but titanium boosted to 15%. The competing Airbus A350, flown in 2013, is 53% carbon-fiber by structure weight.

While aircraft design over the decades has narrowed in on a set of configurations that worked better than others, how aircraft are manufactured continues to evolve in a bid to lower cost as well as improve performance. Here are some of the landmark aircraft over those decades.

This gallery was originally published on March 25, 2016.

Read more about the history of aircraft manufacturing:

1 Comment
Registered User
Wed, 03/18/2020 - 19:10
GREAT article that I would like to share with the Mentoring/Dialoging I do with youngsters and 'oldsters' here in Seattle, WA where I now live.... retired after 50+ years in the aviation World. How can someone at Aviation Week make that happen. PLEASE have someone email me at <jgodston@gmail.com; or better yet, telephone me at (206) 382-3643. THANK YOU!