Almost exactly 90 years ago, on May 31, 1926, Aviation Week reported on the U.S. Navy’s successful test of an aircraft powered by Pratt & Whitney’s first engine, the nine-cylinder Wasp radial. The engine was the company’s first effort to beat liquid-cooled competition with an air-cooled design, and it worked better than anyone dared hope. In the end, Pratt would build 34,966 Wasp engines over its 34-year production life, while overall deliveries of the broader Wasp-derivative family exceeded 363,000 during World War II alone. 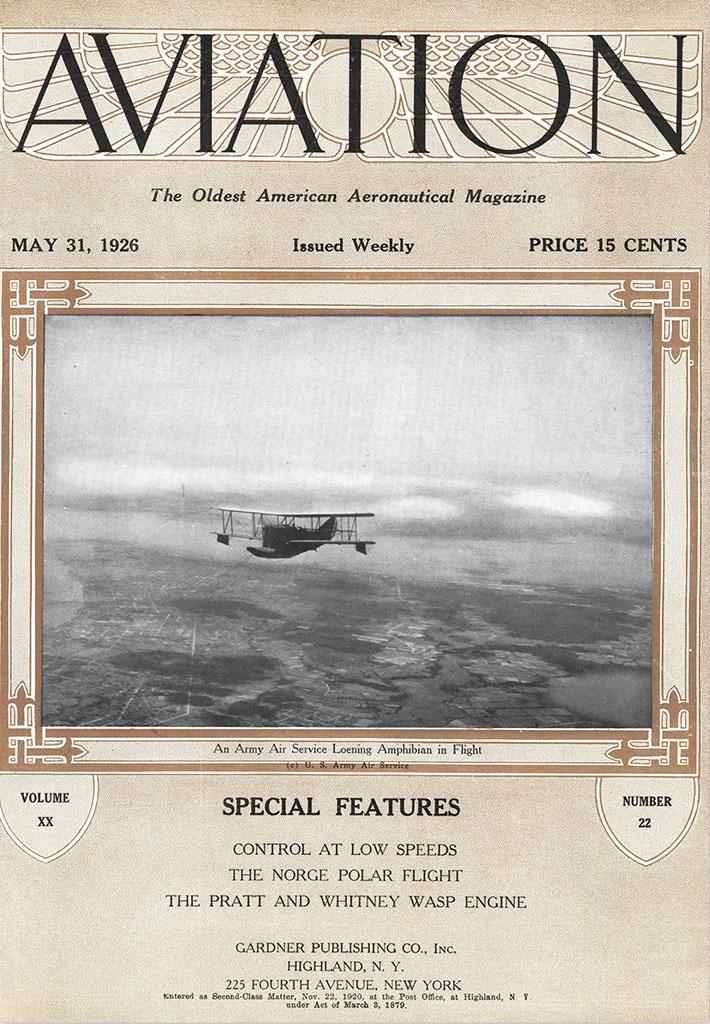 The Wasp was targeted at a U.S. Navy requirement for an engine that could produce more than 400 hp but which would be no heavier than 650 lb. and be easy to maintain. The Navy wanted the engine to be ready by 1926 for flight tests on the Wright F3W-1 Apache combat aircraft. 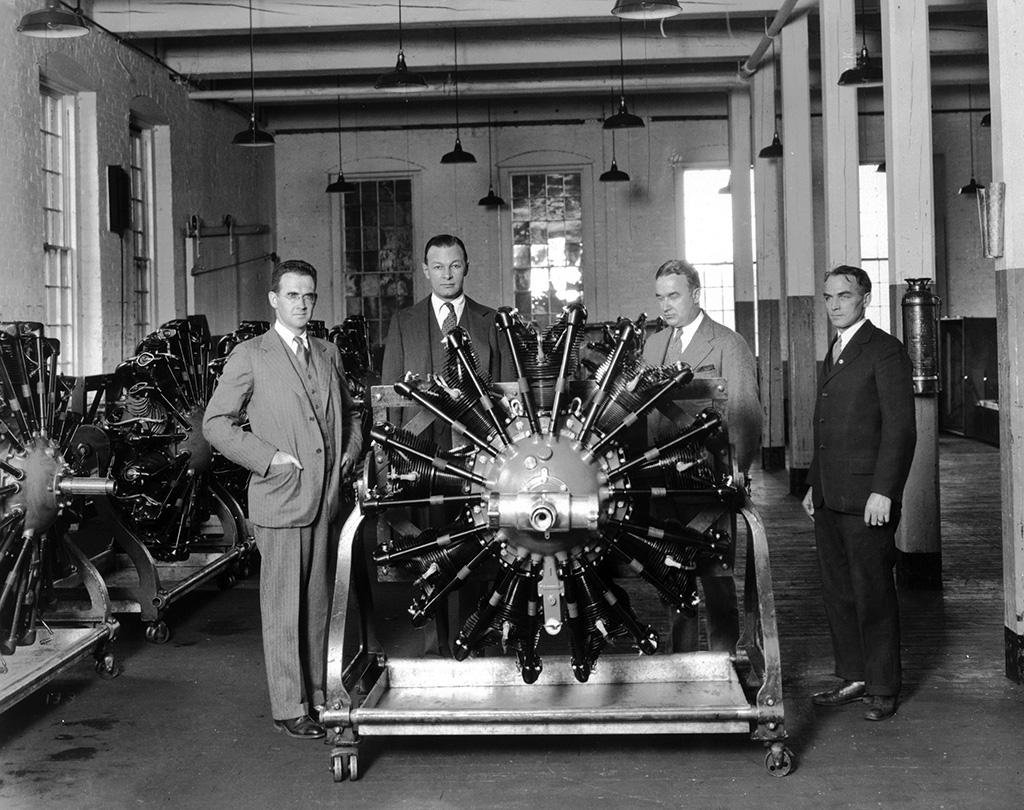 The fledgling Pratt team, led by Pratt & Whitney founder Fred Rentschler and designers Andy​ Wilgoos and George Mead, worked flat out to meet a target of completing the first engine by the end of 1925. The task was accomplished, just, with the final bolt ceremony and first test occurring before the end of December that year. 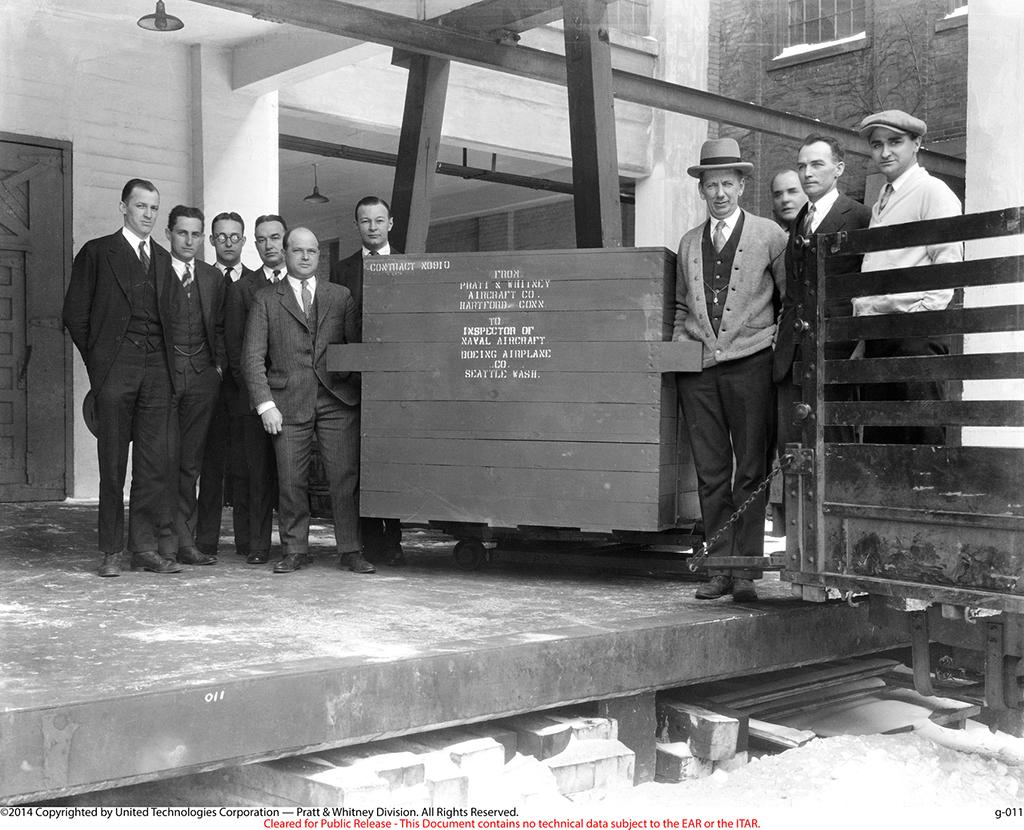 The first production Wasp engine leaving Pratt & Whitney’s shipping platform on Dec. 17, 1926. Rentschler (sixth from the left) peers over the crate, with Wilgoos to his right.

Recalling how the Wasp was named, Rentschler would later say: “Dozens and dozens of suggestions were thrown back and forth within our little group. Finally, we began gravitating toward 'bees' as a general designation for our engine types, and, according to my best recollection, my wife [Faye] suggested ‘Wasp’ for the name of our first product.” The engine ran “as clean as a hound's tooth and was actually just the thoroughbred that it looked,” said Rentschler. It produced 425 hp. and weighed less than 650 lb., thanks mainly to innovative features such as a lighter, two-piece, forged (rather than cast) crankcase. The engine also included a one-piece master connecting rod and a two-piece crankshaft. 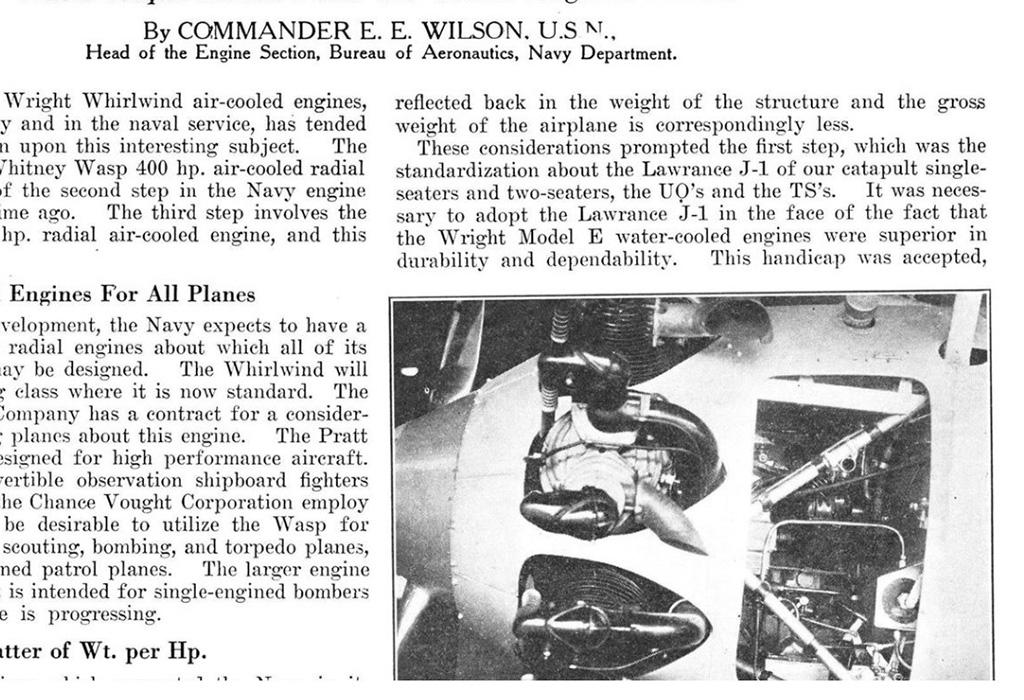 In a glowing review of the engine published after the flight tests on the Apache in our July 12, 1926, edition, the Navy Department’s head of engine section, Cmdr. E. E. Wilson, said the air-cooled Wasp showed significant performance benefits over liquid-cooled engines in terms of weight. “It now appears that, by substituting the Wasp engine for the water-cooled engine in standard fighting planes, we can attain at least as good performance from every standpoint. There are strong indications we can obtain a superior performance.” 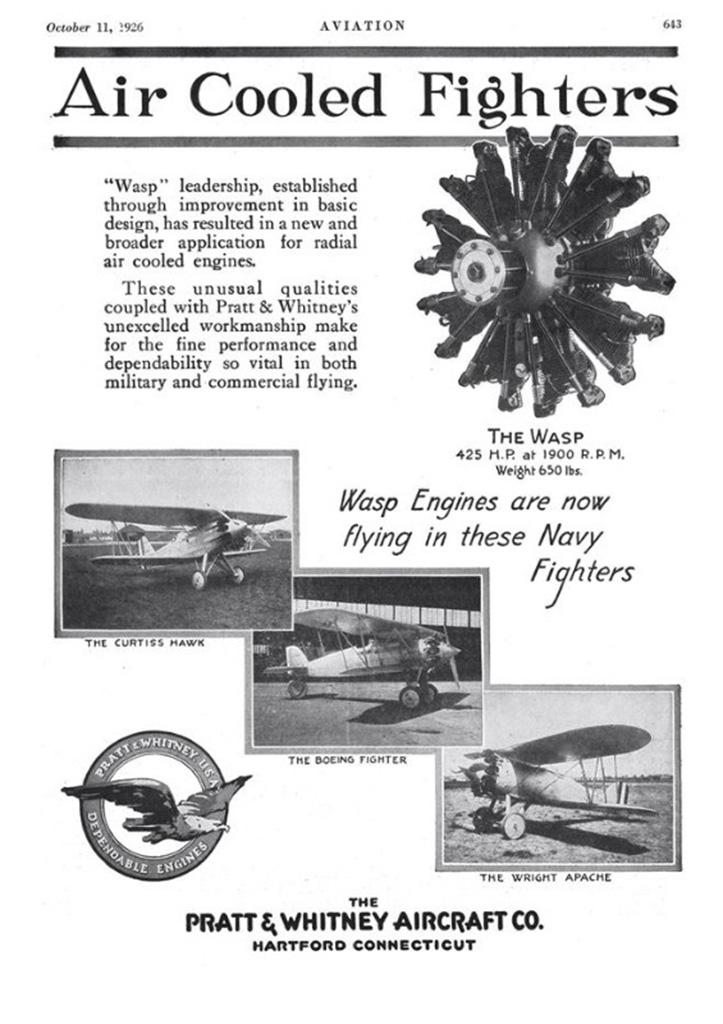 Wilson, who had been an eyewitness to the surrender of the German fleet at the end of World War I, went on to say: “The Wasp incorporates some of the finest engineering yet seen in aircraft engines, plus the superior workmanship for which Pratt & Whitney is known. There seems no doubt that this new engine is, even at this early point of development, considerably advanced in reliability, dependability and durability over any other air-cooled engine of its class we know of.” Wilson particularly liked George Mead’s finned-cylinder design, which he said, “is far in advance of anything within our knowledge prior to its arrival.” 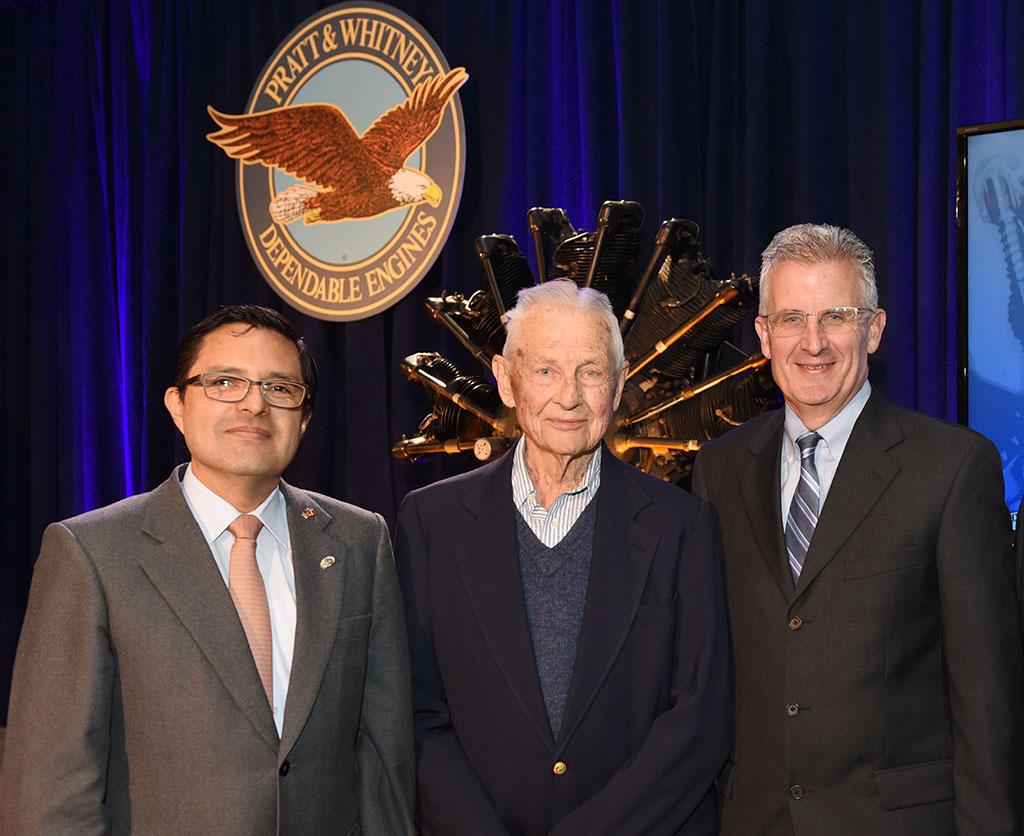 Now 90 years on, the little engine that launched the Pratt & Whitney dynasty has been recognized for its part in aerospace legend. Earlier this month, the R-1340 was officially designated a historic engineering landmark by the American Society of Mechanical Engineers (ASME) at a ceremony held at the New England Air Museum. From left, ASME President Julio Guerrero; Pratt & Whitney retiree Bud Lewis, who worked on the Wasp in the 1940s; and Pratt & Whitney President Bob Leduc.

Not only did the Wasp change military aviation, it helped pioneer reliable commercial airline service by powering aircraft such as Boeing’s sleek Model 247, considered by many as the world’s first modern airliner.

Development of the air-cooled aero-engine, recognized in Aviation Week & Space Technology’s 100th anniversary issue as one of the key technologies of the first century of powered flight, was pivotal to the successful proliferation of commercial and military aviation. Ranking foremost among these was Pratt & Whitney’s first engine, the nine-cylinder Wasp radial. This pioneering powerplant worked better than anyone dared hope, and Aviation Week was there to chart the engine’s course through aviation history.