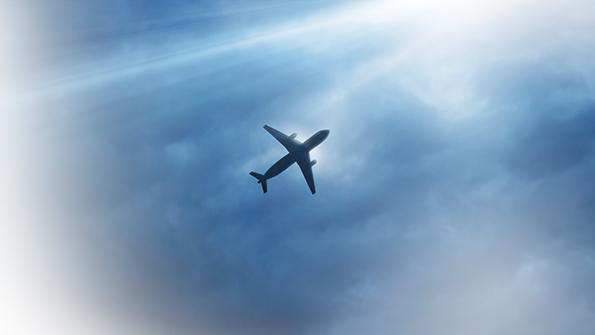 The global air transport industry ended 2019 on a bit of a damp note as rising fuel and labor costs, a weakening trade environment and infrastructure constraints pulled down initial projections for a $35.5 billion collective profit to a less spectacular $28 billion, a $2 billion decline from 2018.

Still, it was the industry’s 10th consecutive year of profitability and forecasters were confident of an uptick in 2020 that would see airlines post a $29.3 billion profit. Passenger numbers would increase 4% to 4.72 billion, the forecasts said. And there was general confidence that 2019 illustrated the industry would no longer plunge into financial crisis even when countering a difficult trade environment.

This is an abbreviated version of an article by Karen Walker that appeared in Air Transport World. Read the full article to get an in-depth analysis of the airline industry. 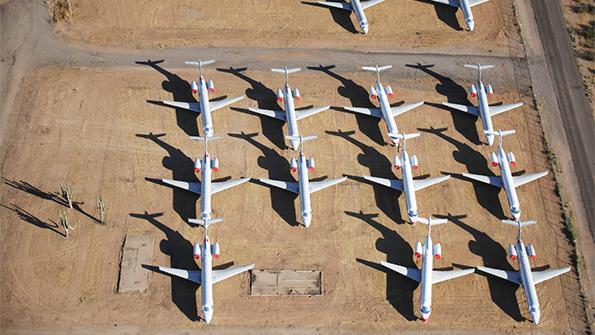 On March 10, American Airlines chairman and CEO Doug Parker addressed financial analysts, investors and journalists regarding how his airline—the world’s biggest—and the US airline industry would manage through the coming COVID-19 pandemic, which was still days away from hitting North America in a serious way.

“The US airline industry will manage through this,” Parker confidently told the J.P. Morgan Industrials Conference. “We have every intention of operating a robust capacity in 2021. American is prepared to handle a shock like this.”

American had, as of March 10, cut its summer capacity by 10% and planned to “accelerate” the retirement of older aircraft, Parker said. He noted that “not one [airline] CEO asked for government relief” when meeting with the Trump administration the previous week in Washington. Federal relief would not be needed, he asserted.

This is an abbreviated version of an article by Aaron Karp that appeared in Air Transport World. Read the full article to get an in-depth analysis of the North American airline industry. 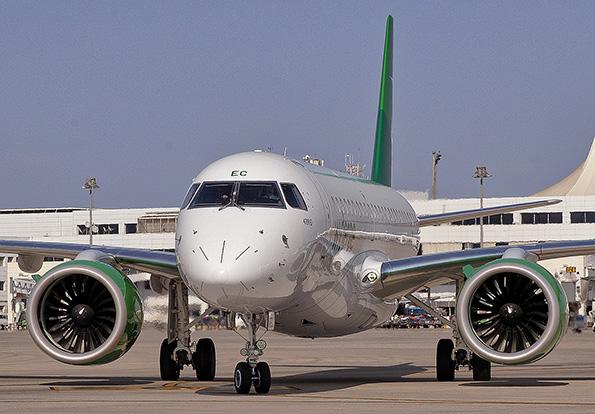 The state of the European market in midsummer 2020 is summed up in one statistic. On June 10, Norwegian regional airline Widerøe operated 250 flights, making it the second-busiest European passenger airline that day.

A research note from Jefferies Equity Research described the Widerøe statistic as “yet another remarkable data point thrown up by COVID-19.” Jefferies warned that European traffic will probably only recover once business travelers return. “To date, airlines that have restarted operations have seen little business demand,” it pointed out.

This is an abbreviated version of an article by Victoria Moores that appeared in Air Transport World. Read the full article to get an in-depth analysis of the European airline industry. 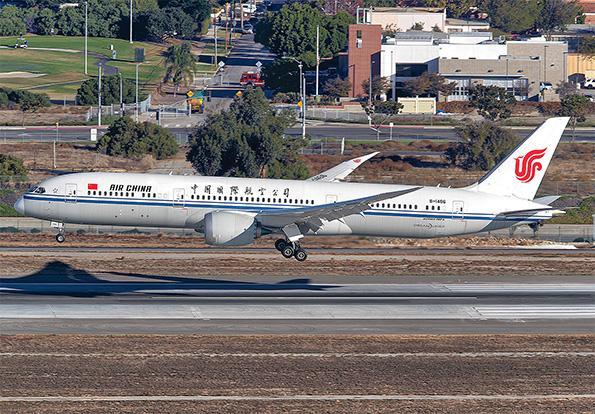 IATA predicts that Asia-Pacific airlines will collectively post $29 billion in losses in 2020 because of the COVID-19 crisis, the largest loss of any global region. Asia-Pacific passenger demand is expected to be down 53.8% year-on-year, with capacity reduced by 39.2%.

The expected year-on-year percentage decline in passenger demand is in the 49%-53% range for almost all of the 17 listed countries. The drop is 1-3 points higher for each country compared with the previous IATA estimates in late April. Sri Lanka tops the list with a 60% demand decline, followed by South Korea with 54%, and Australia, Japan, the Maldives, Pakistan and Thailand with 53%.

Japan has the highest passenger volume decline with a 99.8 million year-on-year drop. India is expected to see a 93.3 million decrease, with South Korea down by 61.4 million and Indonesia 60.1 million. These figures include domestic and international passengers in each market.

This is an abbreviated version of an article by Chen Chuanren that appeared in Air Transport World. Read the full article to get an in-depth analysis of the Asia-Pacific airline industry. 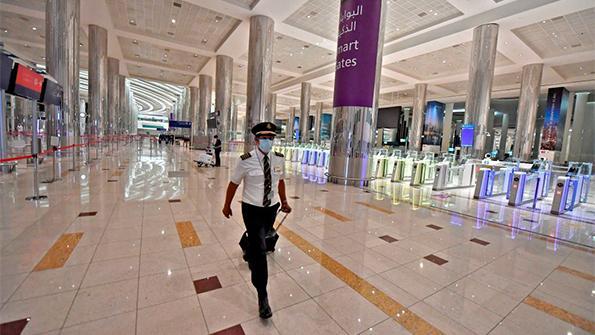 Major Middle Eastern airlines are likely to emerge smaller but intact from the effects of the COVID-19 pandemic.

By end of 2019, the region’s three majors—Emirates Airline, Etihad Airways and Qatar Airways—had turned in varying financial performances. Etihad was transforming from a super-connector to a smaller company more focused on point-to-point services and had improved its financial performance over the year, but only in the sense of reducing its losses to around $870 million, compared to the previous year’s deficit of $1.28 billion.

This is an abbreviated version of an article by Alan Dron that appeared in Air Transport World. Read the full article to get an in-depth analysis of the Middle Eastern airline industry. 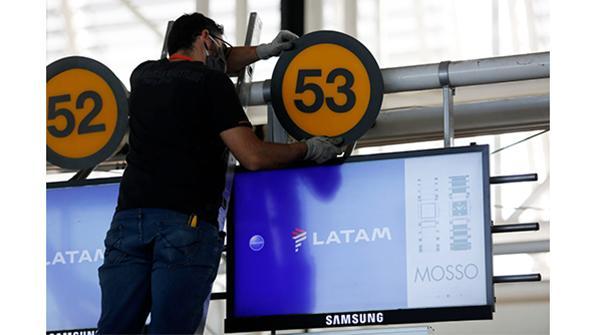 It has never been easy to be an airline in Latin America. High taxes and fees, heavy regulation and lack of infrastructure have long been the status quo in many of the region’s countries, along with political and economic upheavals that hop from one nation to another.

The region has had its aviation successes, nevertheless. Consolidated flagships, most noticeably LATAM, have forged equity partnerships with US and European carriers (in LATAM’s case, cash-rich Delta Air Lines), and LCCs and ultra-LCCs have proliferated, moving into markets previously wholly controlled by bus companies. Panama-based Copa Airlines has long been held as a standard bearer for how far Latin American carriers could go if they had aviation-supportive governments.

All that has crumbled under the COVID-19 pandemic.

This is an abbreviated version of an article by Karen Walker that appeared in Air Transport World. Read the full article to get an in-depth analysis of the Latin American airline industry. 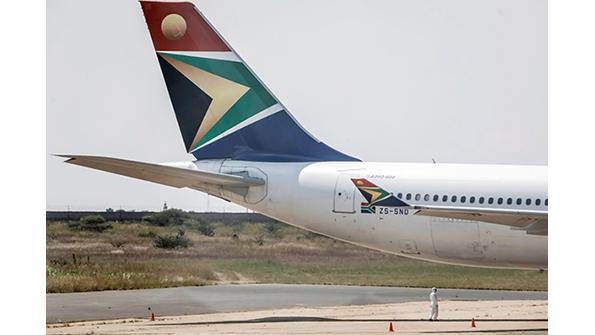 African traffic is expected to fall 58.5% in 2020, the greatest percentage decline of any region, impacting an already struggling aviation sector.

According to IATA figures, African carriers are expected to post a $2 billion net loss this year, based on a $6 billion drop in year-on-year revenue. The African Airlines Association’s (AFRAA) revenue drop forecast is even more grim at $8.1 billion.

“The course of the virus in this region is yet to be fully seen. Nonetheless, border closures have all but stopped flights,” IATA said in June.

This is an abbreviated version of an article by Victoria Moores that appeared in Air Transport World. Read the full article to get an in-depth analysis of the African airline industry.

Flight Paths Forward: A detailed examination of the future of the aerospace industry as we begin to climb out of the COVID-19 crisis. Join us for two weeks of virtual content including in-depth reports, videos, webinars, CEO interviews and technology-focused podcasts.