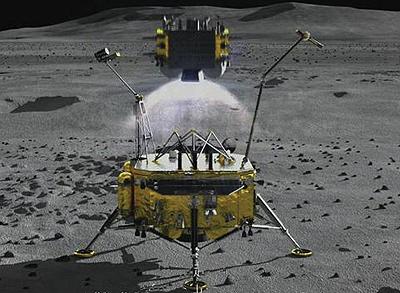 The China National Space Administration plans to launch a lunar sample return mission known as Chang’e 5 in late 2020. It will send two modules to the Moon’s surface. One will collect samples and deliver them to the other module, which will travel back into lunar orbit to dock with a third module. From there, the samples will be delivered to a fourth, lunar-orbiting module that will bring them back to Earth. China plans to send a sixth lander, Chang’e 6, to the lunar south pole in 2023-24. Credit: China National Space Administration 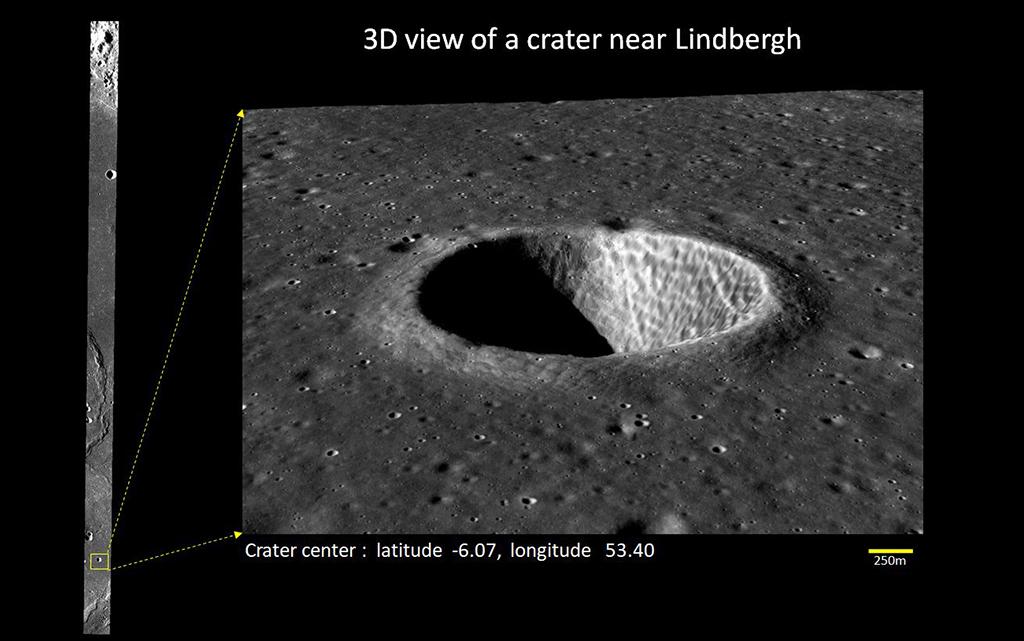 India had been planning to launch a third mission to explore the Moon by the end of 2020 or early 2021. Delays due to the COVID-19 pandemic are likely to push the launch on a Geosynchronous Satellite Launch Vehicle Mk. 3 further into 2021. The last lunar mission by the Indian Space Research Organization, Chandrayaan-2, sent a spacecraft to lunar orbit, where it collected images of the lunar surface. But a lander from the mission crashed into the Moon. Credit: ISRO 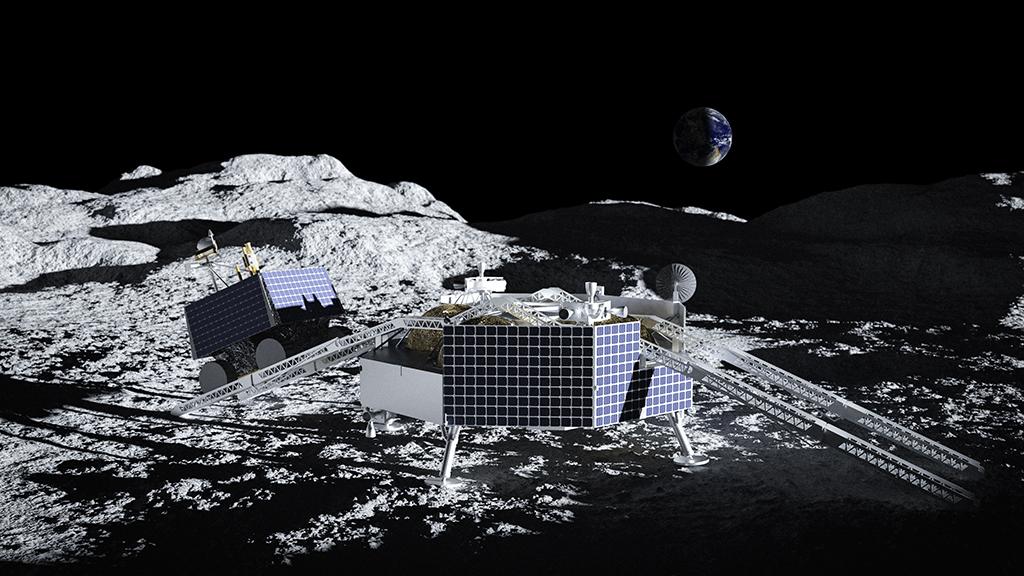 Astrobotic has several NASA contracts—the latest one was awarded in June and is to deliver the Volatiles Investigating Polar Exploration Rover to the lunar south pole in 2023 to search for water ice. The company already has two efforts underway as part of NASA’s Commercial Lunar Payload Services program, including one to deliver the Peregrine lander in 2021 and another to produce a 13-kg (29-lb.) MoonRanger rover in 2022 on behalf of its partner Carnegie Mellon University. Credit: Astrobotic 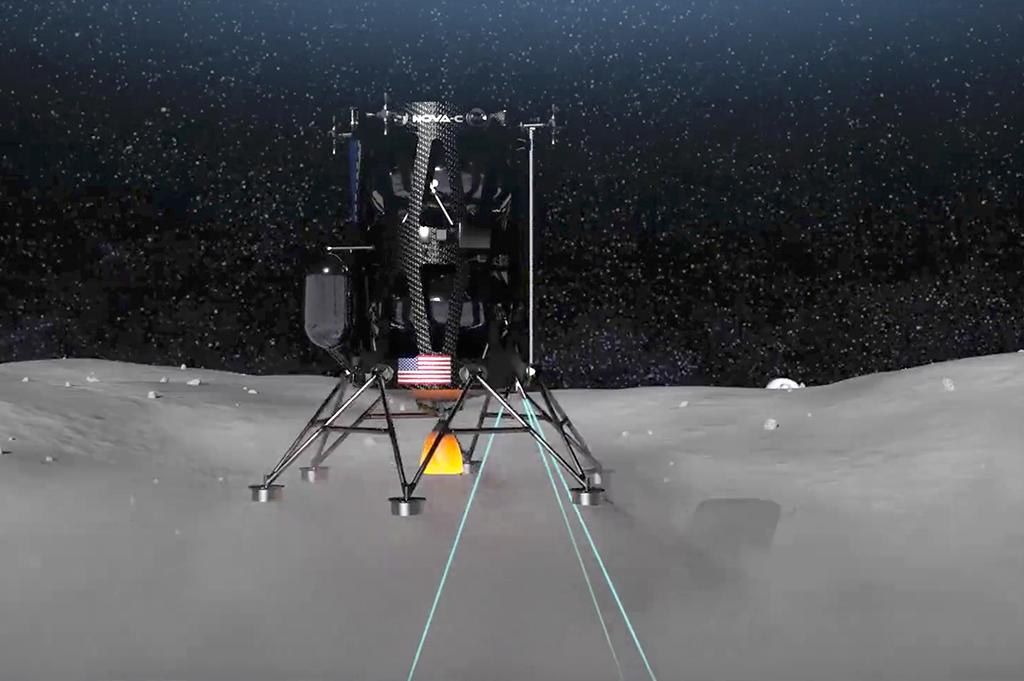 Intuitive Machines has a NASA Commercial Lunar Payload Services agreement and plans to launch a lander in October 2021 on a SpaceX Falcon 9 to a site on the Moon’s northern hemisphere. The mission will carry five science and technology payloads selected by NASA to help with its plan to put humans on the Moon in 2024. The lander is expected to test an automated Precision Landing and Hazard Avoidance system to help humans sustain a presence on the lunar surface. Credit: Intuitive Machines 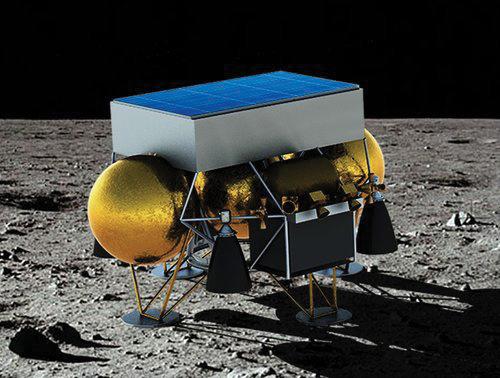 Masten Space Systems has contracts to launch, land and oversee the operations of eight science payloads in 2022 under NASA’s Commercial Lunar Payload Services effort. It will integrate the experiments on its XL-1 lander. Credit: Masten Space Systems 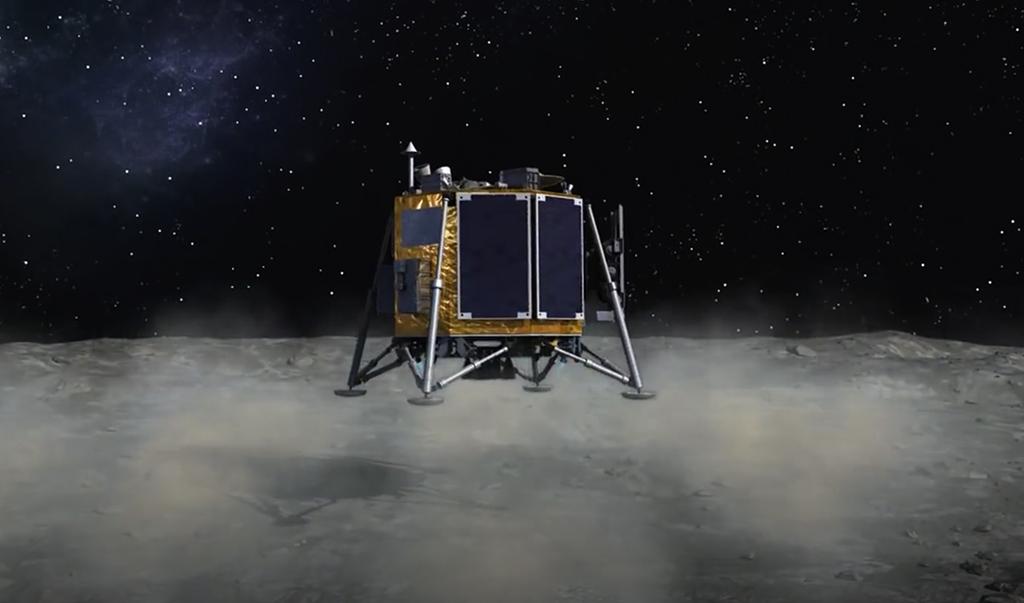 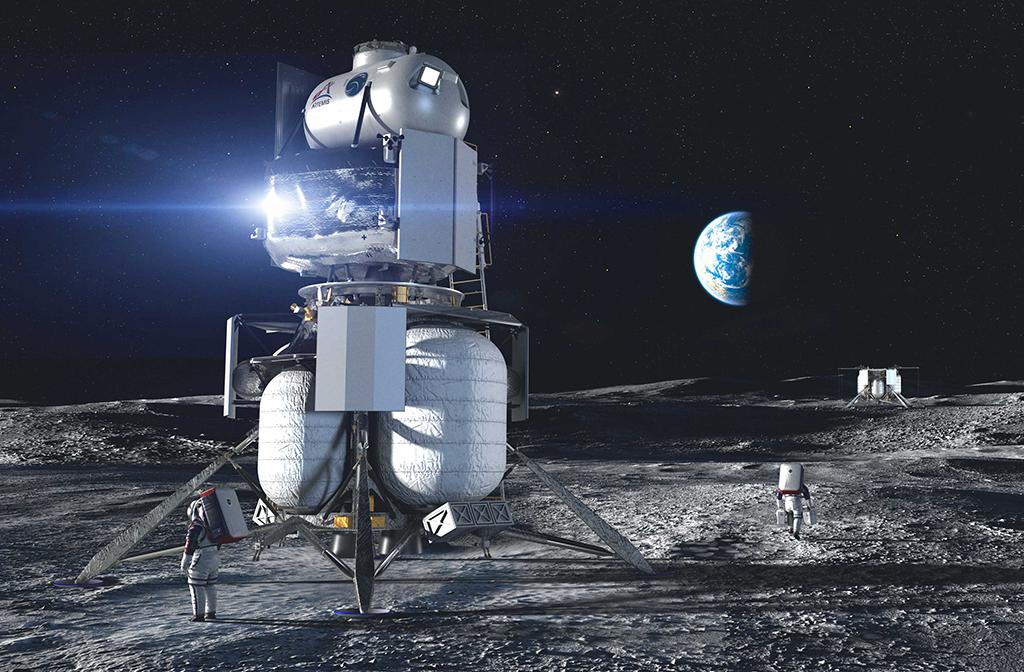 Blue Origin is developing a Human Landing System (HLS), to support the U.S.’ planned 2024 crewed Moon landing. Blue Origin’s team includes Lockheed Martin, Northrop Grumman and Draper. Blue Origin leads work on the HLS descent element; Lockheed, the reusable ascent element; Northrop, the transfer element that delivers the landing system from a high to a low lunar orbit for the final descent; and Draper, the guidance and avionics elements. Blue Origin, owned by Amazon CEO Jeff Bezos, was awarded a $579 million fixed-price contract under the solicitation, which is more than half of the $967 million set aside in NASA’s fiscal 2020 budget for HLS development. But that effort may move more slowly, as U.S. House lawmakers’ first draft of a fiscal 2021 spending bill calls for a 19% reduction in funding to support HLS. Credit: Blue Origin 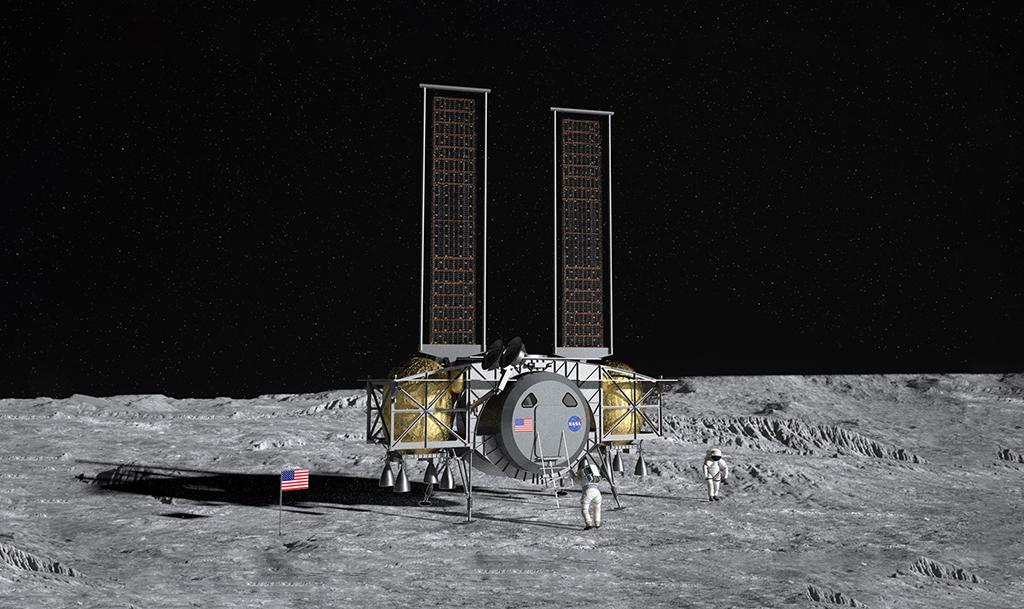 Dynetics, a subsidiary of Leidos, is making a two-person crew module that would allow for astronauts to live on the Moon’s surface for about a week. It also has been designed to ferry four suited crewmembers from the Moon to an orbiter and back. Dynetics’ team includes 25 industrial and academic partners—among them Astrobotic, Sierra Nevada, Thales Alenia and the United Launch Alliance. Credit: Dynetics 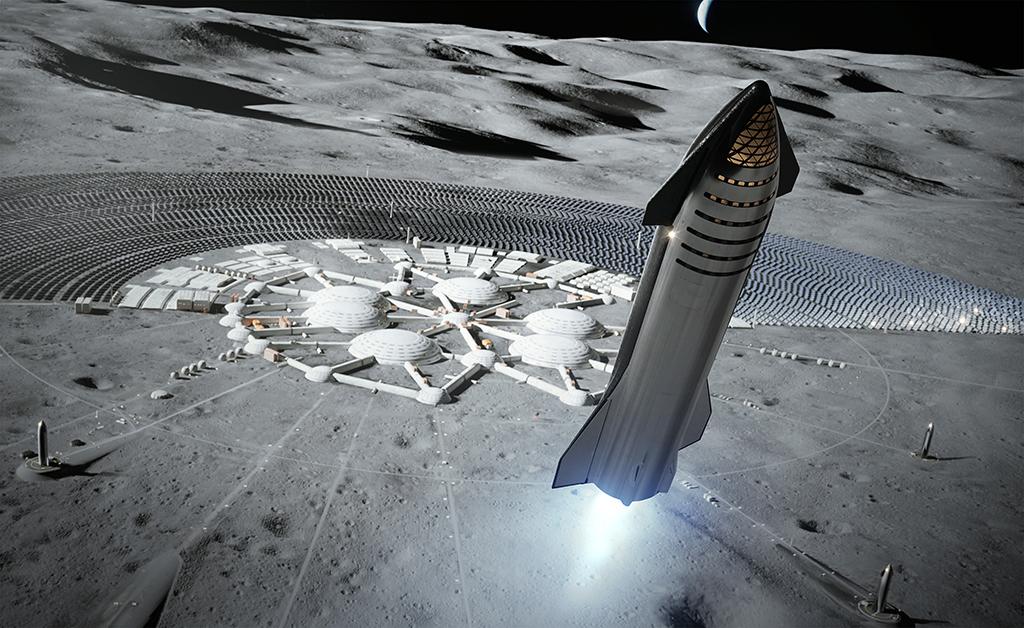 NASA has given SpaceX $135 million to develop a variant of its Starship launch system. The rocket would bring astronauts from lunar orbit to the Moon’s surface and back. But the company envisions the Human Landing System as having the ability to ferry astronauts from Earth, with the spacecraft to be refueled by a Starship parked in low Earth orbit and then carrying on to lunar orbit. Credit: SpaceX

A new crop of missions to explore the lunar surface is taking shape and due to launch in the coming years, leading up to the U.S.’ planned Artemis mission to put humans back on the Moon in 2024—now being put to its first test in Congress.