David Bentley (Manchester area, UK) is Chief Airports Analyst for CAPA – Centre for Aviation and has been connected with the company since 2004. He worked as a Private Secretary to a government minister before joining British Airways, then Austrian Airlines and latterly Icelandair and subsequently falling by chance into the airport sector, specialising in privatisation. He has written more management reports on the subject than he cares to remember and initiated the Airport Investor Monthly publication which ran for 100 editions. Now he confines himself mainly to airport-related online analysis for CAPA and the Blue Swan Daily publication, along with the upkeep of the Airport Investor Database and some editorial duties. In between all this, he went to Cranfield University to complete an MSc in Air Transport Management. Previous degrees were in English and French Literature from 1789 and believe it or not Business Information Technology (as he is now often incapable of downloading an email). For relaxation, he is a music critic and has recently entered into a new venture to promote the contemporary music of the Nordic countries in the UK and beyond. 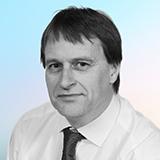