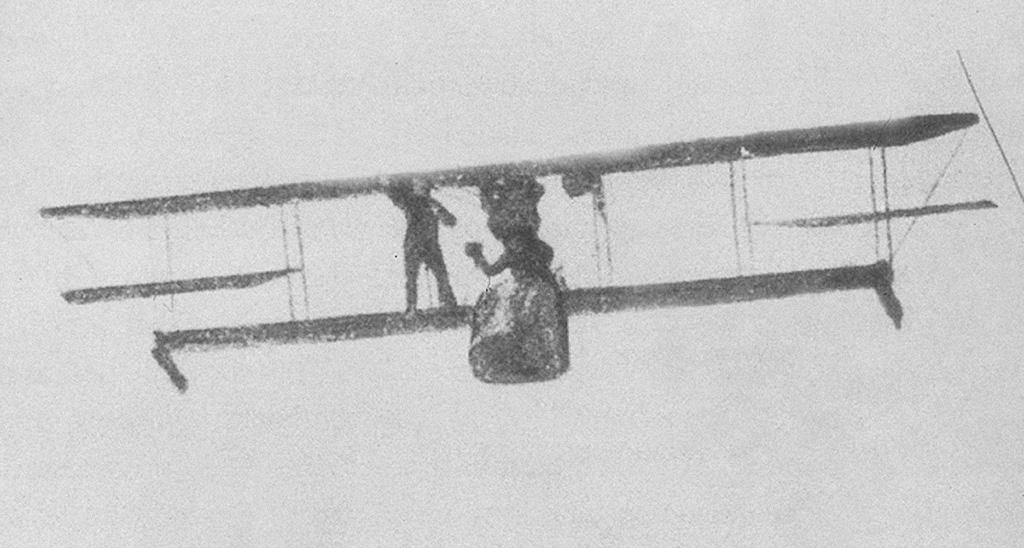 Lawrence Sperry’s autopilot was the first avionics system, in the sense of an electrical or electronic device designed for aircraft use. In a spectacular demonstration in Paris in June 1914, Sperry flew his Curtiss C.2 seaplane over the Seine, with his hands off the controls and his passenger standing on the wing. When the autopilot was engaged, the manual controls were locked and the pilot could control the aircraft through a separate pitch-roll stick. Powered by a small generator on the engine and using servo-motors to move the flight control cables, the autopilot had enough inertia in its gyros to run for 30 min. after a complete power failure. 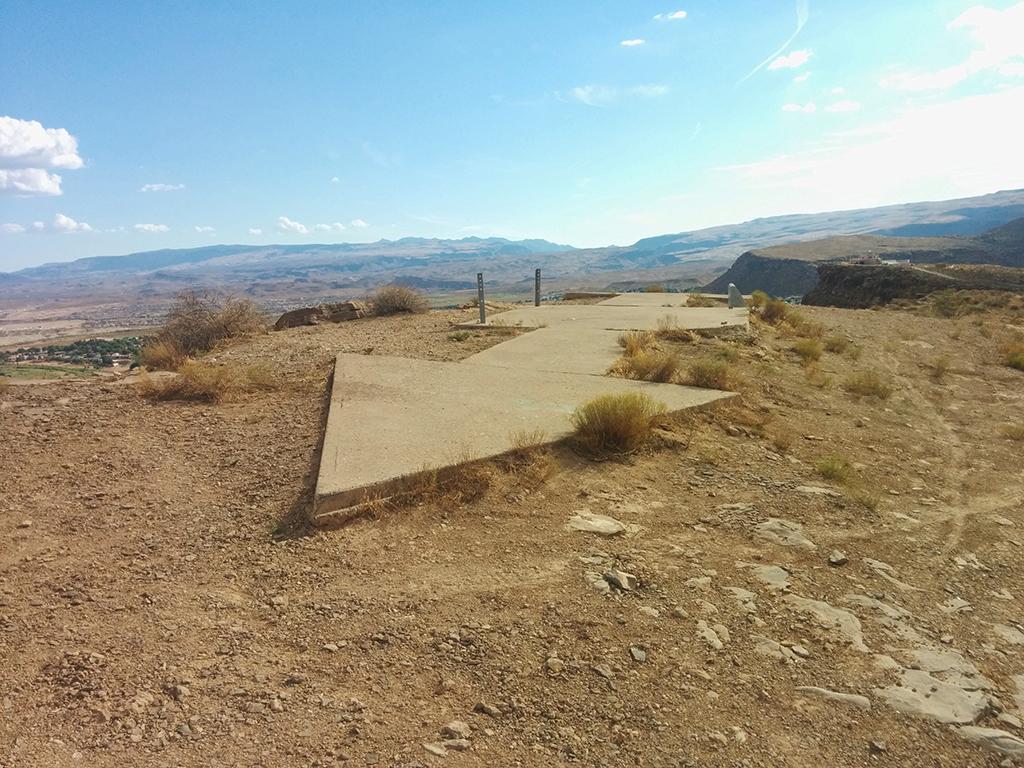 On a bluff near St George, Utah, this concrete arrow remains from the Commerce Department’s Transcontinental Airway System, a chain of beacons built in 1923 to guide airmail pilots. Clouds and fog rendered them useless. One mail pilot was forced by bad weather to parachute out of two airplanes in two months in the fall of 1926 (after one jump in training and another as a test pilot). Undeterred by this, the pilot—a Minnesota politician’s kid named Charles Lindbergh—continued his flying career with some success. 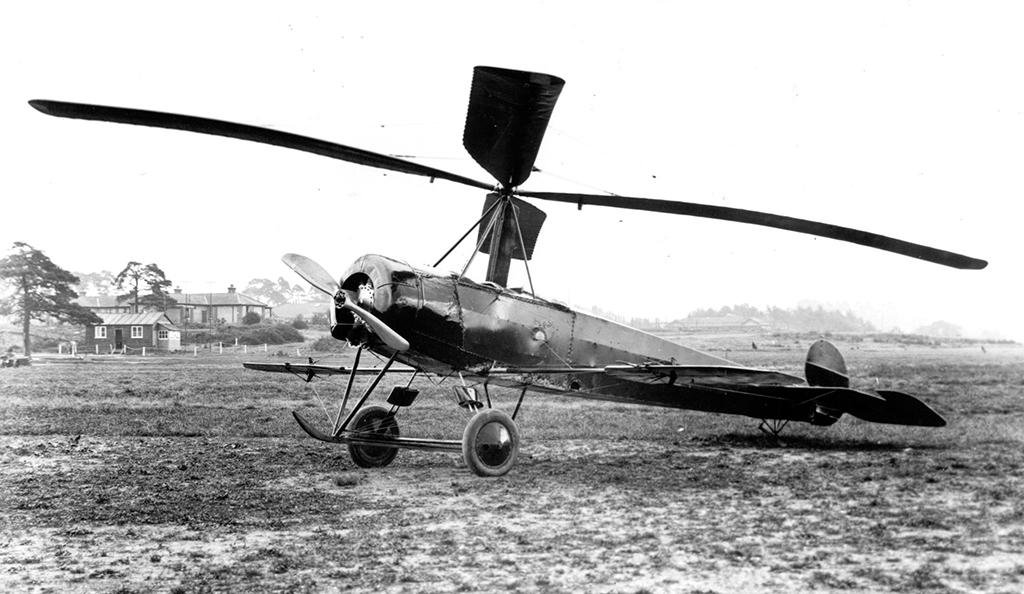 With all due respect to gyrocopters, they’re not associated today with ultra-safe flight operations. But the first goal of Juan de la Cierva, the Spanish inventor of this type of aircraft (which he called the autogiro), was to eliminate the danger of stall-and-spin accidents, which were frequent and often fatal. This early C.6 had separate ailerons, but Cierva’s later designs featured full control via the rotor and were an important step toward the single-rotor helicopter. 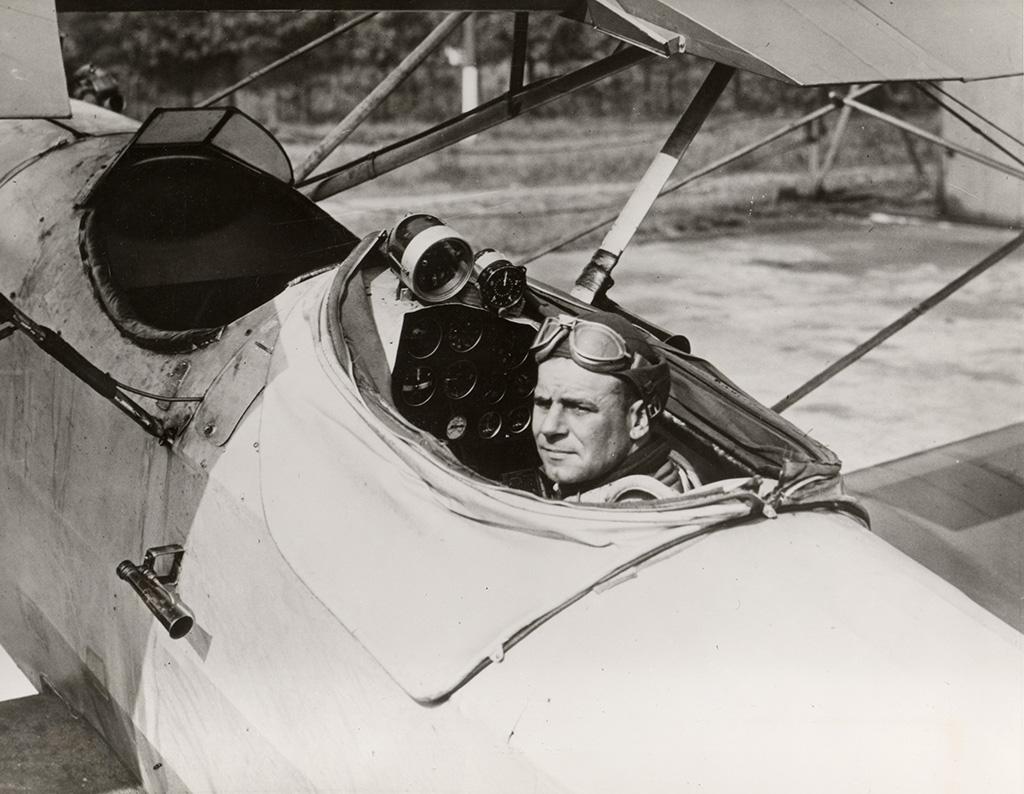 With support from the Guggenheim foundation, the Sperry and Kollsman companies and others, Jimmy Doolittle—the leading engineer/test pilot of his day—made the first “blind” flight, from takeoff to landing, at Mitchel Field on Long Island in September 1929. The rear cockpit of the Consolidated NY-2 trainer was fitted with specially developed instruments—including an artificial horizon, radio beacons and an altimeter updated by radio—and a fabric hood (folded down in the photo). A safety pilot occupied the front seat.

Aircraft should “land slowly and not burn up,” in the words of C.G. Grey, influential editor of The Aeroplane. Britain’s stately Handley Page HP.42 landed slowly, but it did everything else slowly as well, blazing through the sky at 87 kt. on a good day. In concession to modernity, it did mark Imperial Airways’ abandonment of its view that enclosed cockpits were a sign of weak character, and most of the structure was metal, but it entered service only two years before the monoplane, retractable-landing-gear Boeing 247. 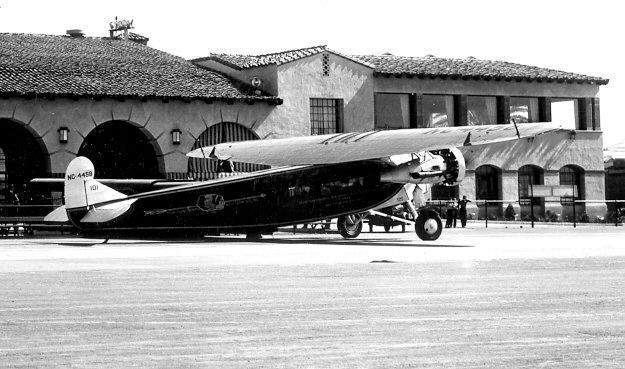 Knute Rockne, celebrity coach of the University of Notre Dame’s football team, died along with seven others when the wooden wing of a TWA Fokker F.10 failed over Kansas in March 1931. The accident discredited wooden-winged aircraft, was a spur to development and adoption of the all-metal Boeing 247 and Douglas DC-2, and led to a more formal system of accident investigations. 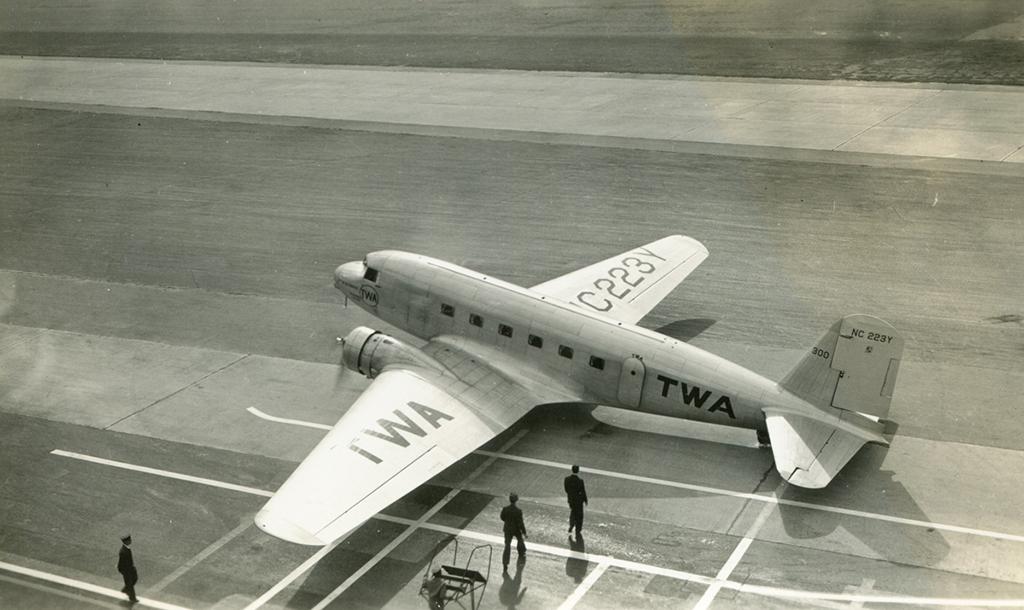 The suggestion that the function of a twin-engine airplane’s second engine was to get you to the scene of the accident was not merely unkind in the early days of aviation. It was often literally correct. That was why a Sept. 4, 1933, test flight of the first and only Douglas DC-1, from Winslow, Arizona, to Albuquerque, New Mexico, was important. An engine was shut down during the takeoff run from Winslow, 4,850 ft. above sea level, but the DC-1 was still able to climb to 8,000 ft., clear of terrain, and complete its flight. Aerodynamic efficiency, more powerful engines and variable-pitch propellers made it possible. 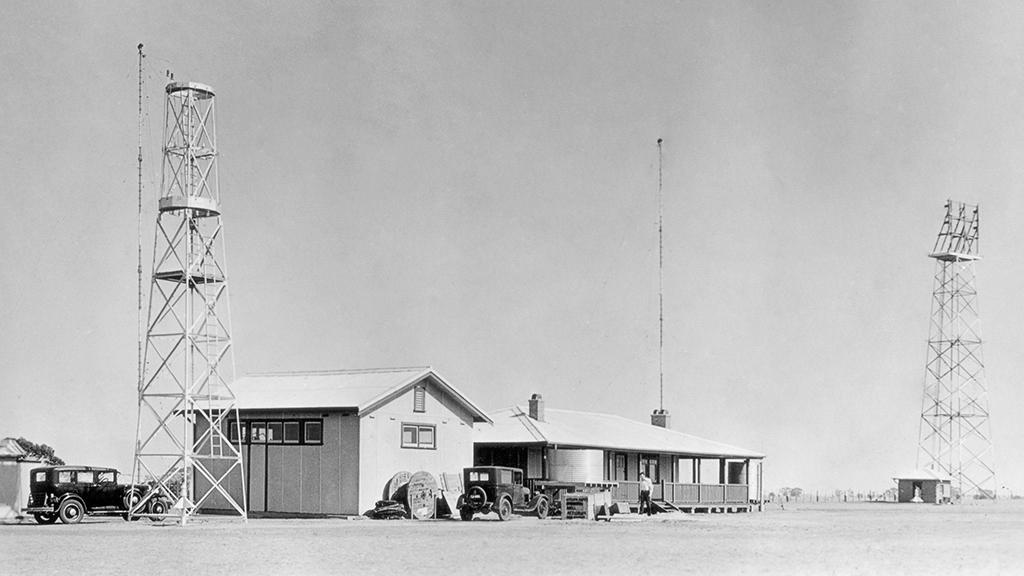 Radio navigation aids—immune to most weather and with a far greater range than lights—were first used in the 1930s. This is one of a chain of Aeradio stations installed in Australia to guide mail and transport pilots. The lefthand tower supported a light beacon, and the other carries a transmitter for a Lorenz beam, modified from the German-developed blind-landing equipment that is a direct ancestor of today’s instrument landing systems. The station included two generators and operator stations. 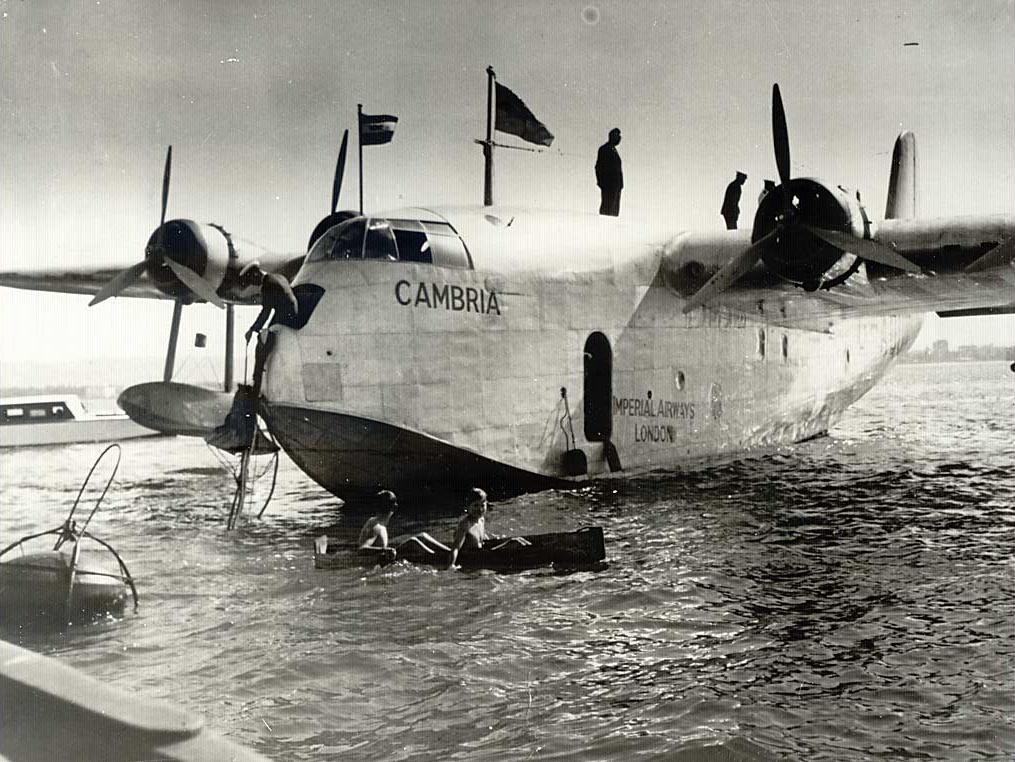 Seaplanes have built-in nostalgia. Imperial Airways’ Short C-Class flying boats were advanced, high-performance aircraft for their day, cruising twice as fast as the HP.42 and speeding services to Australia and South Africa—this photo was taken at Durban, South Africa. But the idea that water was a better place than a runway to land and take off at high speeds was not very sound—waves and floating objects were hazards. Three of Imperial’s C-Class boats were lost in the first 10 months of operations, and World War II saw concrete runways built worldwide. 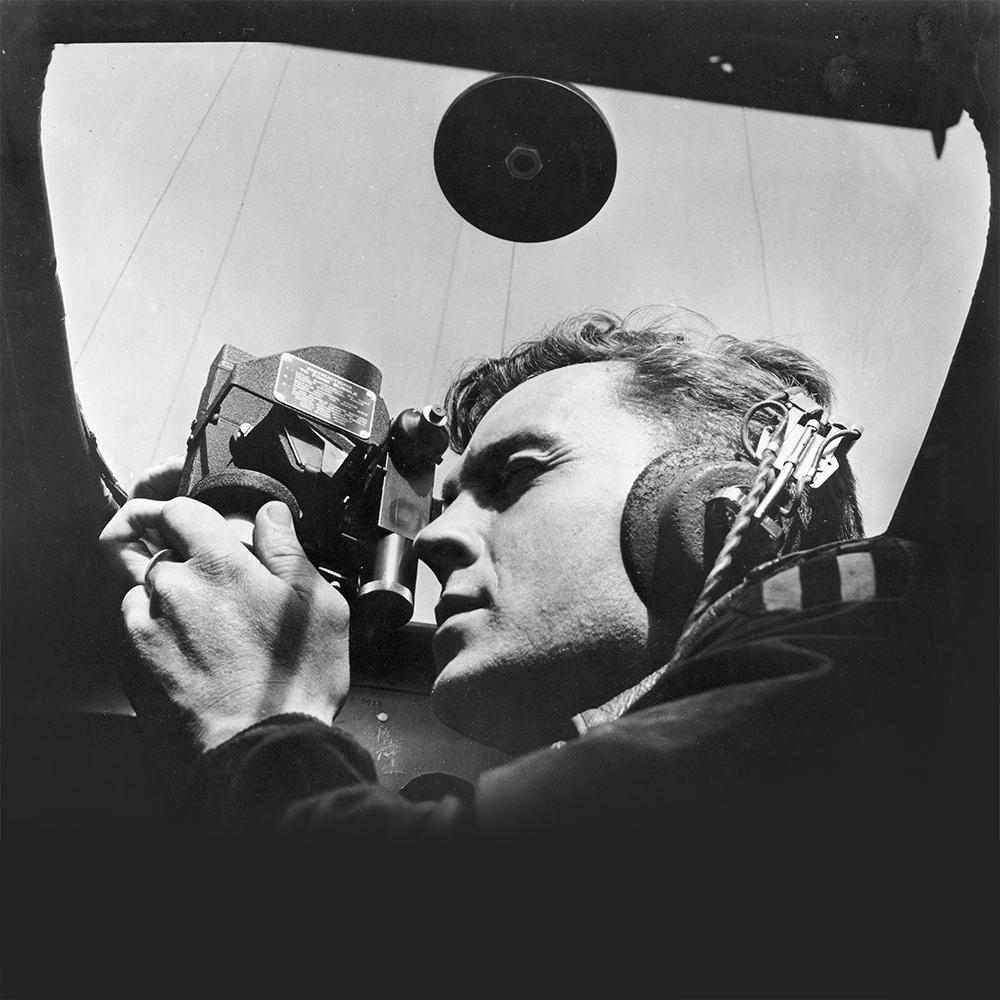 Overwater navigation before World War II relied on the tools that mariners had developed over many centuries—clock, compass and sextant—but air navigators had to work with a less stable platform, they could get lost several times faster and fuel usage was a critical factor. If the destination was an island rather than a coastline, errors could be fatal—the most likely explanation for the disappearance of Amelia Earhart in 1937. The U.S.-developed Loran radio-aid system was introduced during World War II, and the improved Loran-C survived until the Global Positioning System made it redundant. 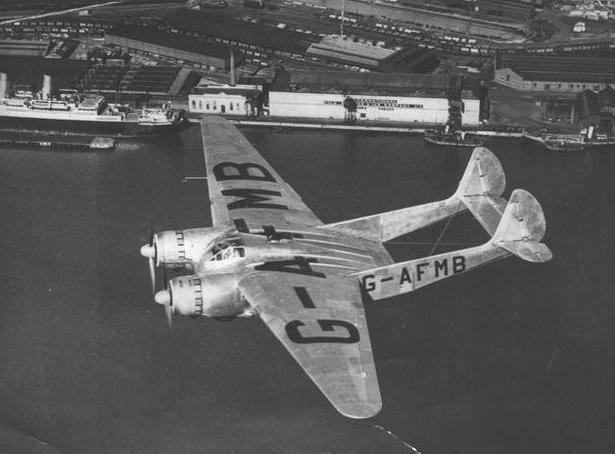 Another designer who set out to achieve a radical improvement in safety was Vincent Burnelli. He advocated a configuration that blended conventional outer wings with a deep, constant-chord lifting-body center-section and was expected to be more crashworthy than wing-and-body designs. Burnelli’s company and its licensees built a number of prototype and one-off aircraft—this one, Britain’s Cunliffe-Owen OA-1, ended its days with (Free) French forces in World War II Egypt—but the concept was never widely accepted. 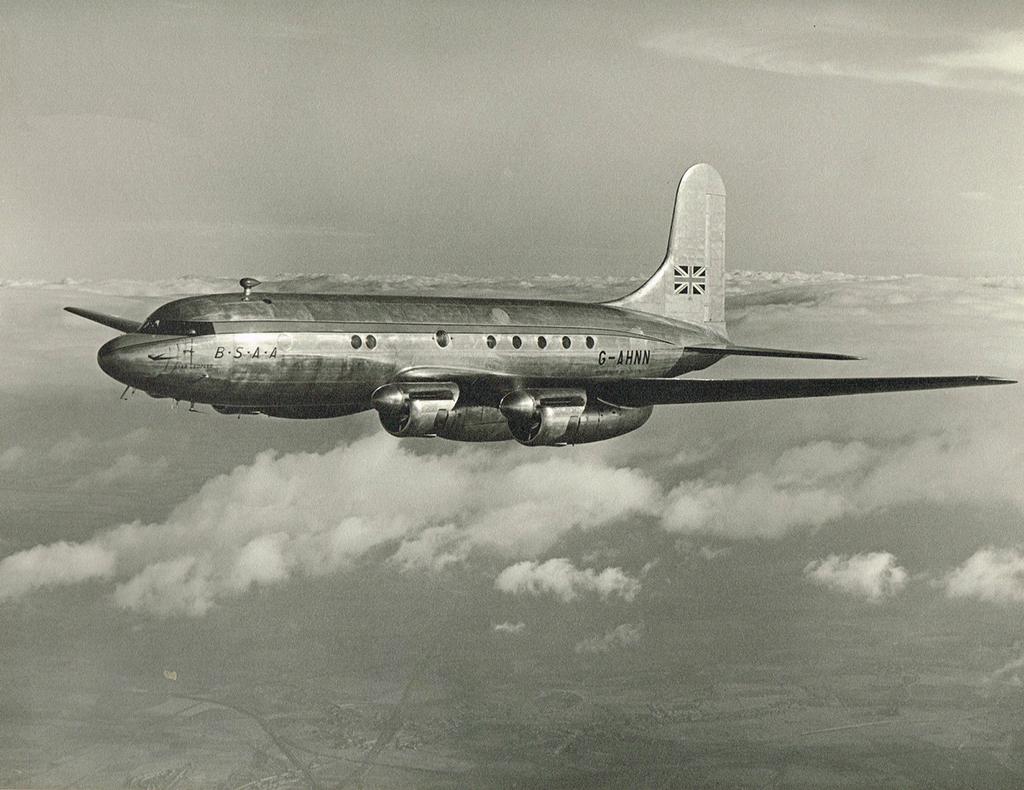 All too typical of early long-range operations was the disappearance of two identical Avro Tudor IV airliners operated by British South American Airways almost exactly one year apart (in January 1948 and January 1949), one on a flight to Bermuda and one after departing from the airport at Kingston, Jamaica. No trace of either aircraft was ever found, fueling the legend of the “Bermuda Triangle,” but the Tudor was a collection of Lincoln bomber parts, with a reputation for unreliable systems. It had been designed with a pressurized cabin when the entire U.K. industry had little experience of such technology and Avro had none. Air safety was subsequently improved by relegating the Tudor to freight operations.

This gallery was originally published digitally in Aviation Week & Space Technology on  January 15, 2016.

Flying in its early era was unabashedly dangerous. Reliable statistics are hard to come by, but accident rates were certainly orders of magnitude higher than even the early jet age. A related problem was that it was hard to identify the best ways to make flying safer, and, as a result, the pioneer years of aviation included both successful and misguided efforts to make the number of safe landings approximate to the number of takeoffs. Here are some notable examples on both sides of that record.

The Struggle For Safer Flight

The Next Big Aviation Safety Issues