Gallery: A Look at Delta's New Terminal C at LGA 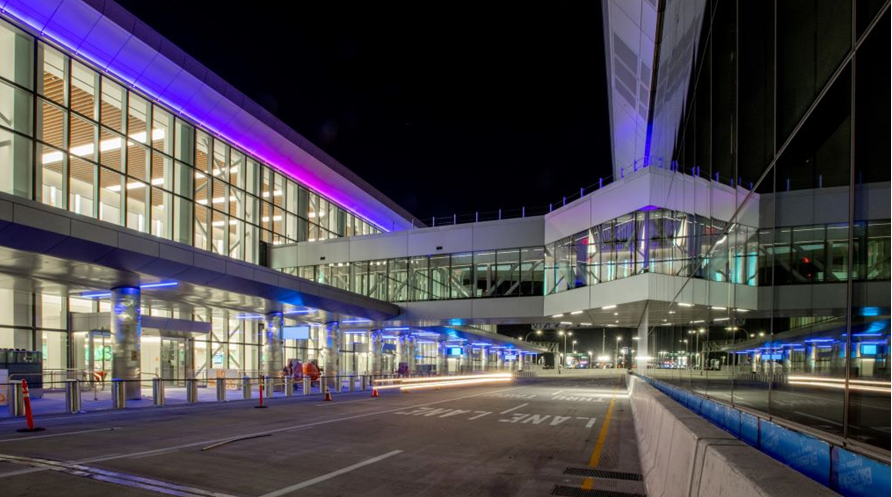 The new, consolidated Terminal C at LGA will cover 1.3 million sq. ft. and have 37 gates across four concourses. Atlanta-based Delta Air Lines invested around $3.5 billion in the project, while the Port Authority spent $500 million to build new roadways and supporting infrastructure. 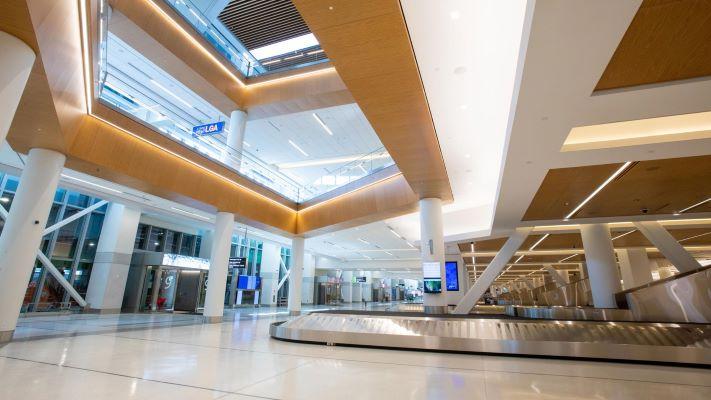 The opening of Terminal C comes after LGA’s $5.1 billion overhaul of Terminal B was completed earlier this year. 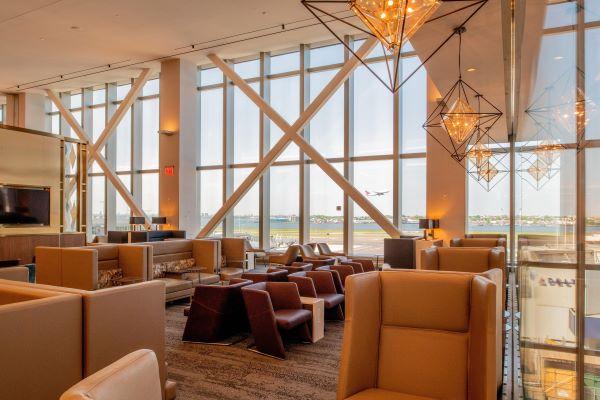 LGA will house the largest Delta Sky Club in the system, with architectural touches that evoke New York City from the turn of the 20th century, such as harlequin-patterned screens and rich warm metals. With seating for nearly 600 guests to relax and recharge over 34,000 sq. ft. (in its end state), the Club features a gourmet kitchen, premium bar, two food buffets and two hydration stations. 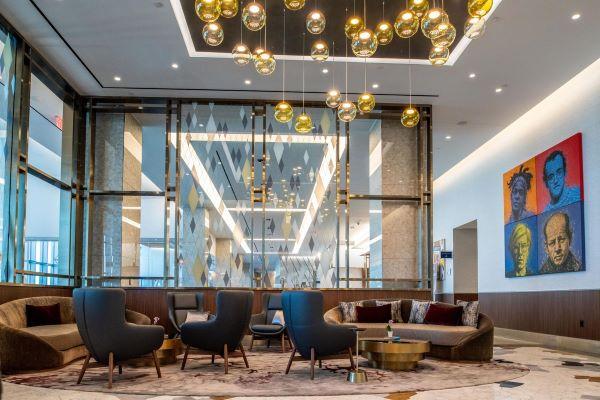 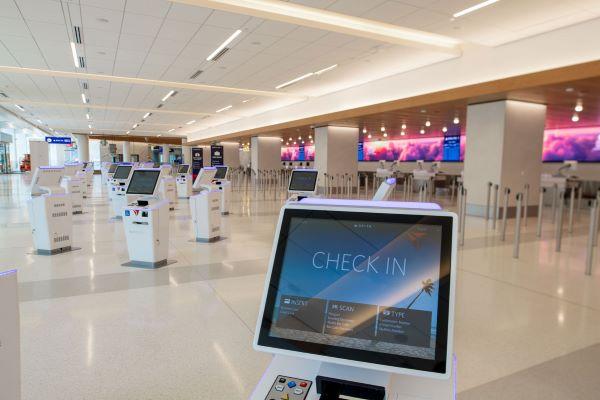 Customers will have the option to check in via a spacious, centralized lobby, complete with 36 full-service check-in counters and 49 self-service kiosks, or bypass it altogether and utilize the direct-to-security drop-off option to head directly to one of the 11 security checkpoints. Additionally, all five entry points offer baggage drop for easy bag check. 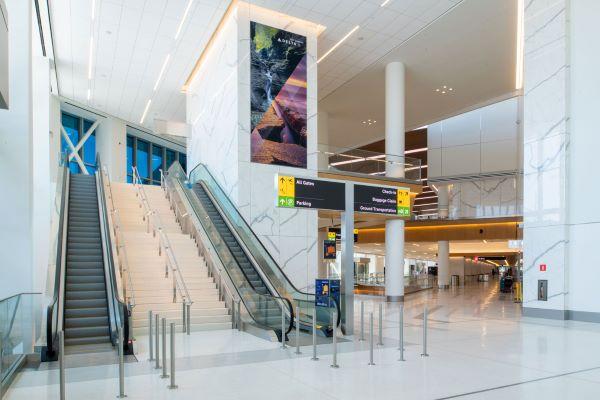 The terminal will be fully completed in 2024, two years earlier than originally anticipated, when Terminals C and D will be consolidated into the new Terminal C. 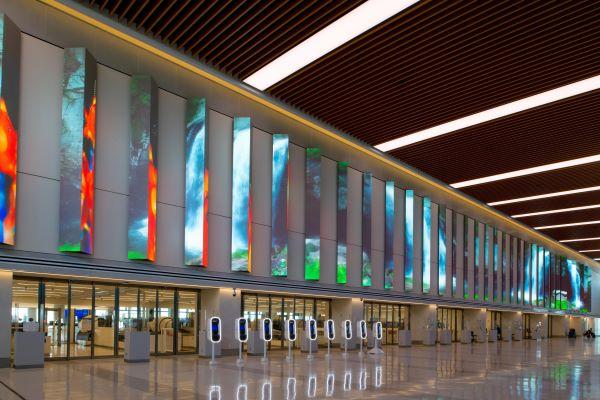 Digital art is another prominent design feature; with a massive digital art installation made of 34 lenticular panels, displayed overhead the security checkpoint, while a 238-foot digital backwall in the check-in lobby will feature TSA wait times, wayfinding in both English and Spanish as well as Sky Club volume and gate information. 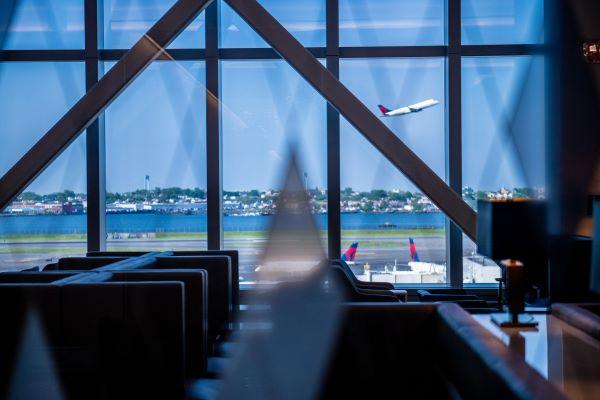 Delta is LGA’s largest carrier, offering up to 255 daily flights to nearly 70 destinations this summer. The airline’s unique dual-hub position at LGA and JFK allows it to offer New York customers 465 total peak daily departures to more than 120 domestic and international destinations. 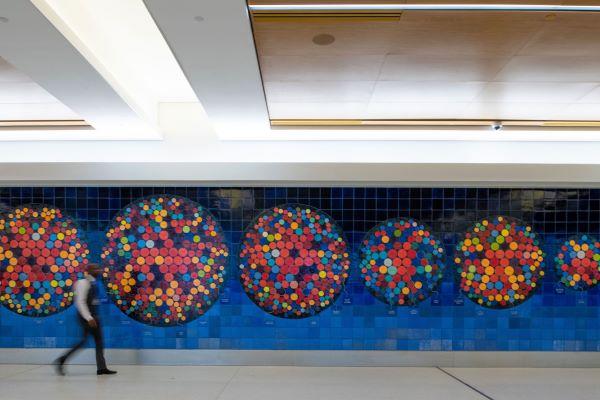 Terminal C features a world-class art program in partnership with the Queens Museum, showcasing custom pieces from six local artists that share a compelling story of New York’s immigrant history, its people and the importance of the city’s diversity. 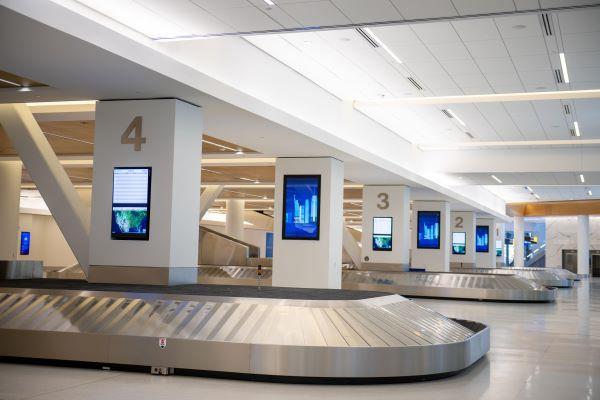 A massive digital art installation made of 34 lenticular panels is displayed overhead the security checkpoint while scenes from the five boroughs greet customers at the baggage claim vestibules.

Construction on LGA’s Terminal C, a joint project between the state of New York, the Port Authority of New York and New Jersey and Delta, was accelerated during the COVID-19 pandemic as air traffic plummeted. The terminal will be fully completed in 2024, two years earlier than originally anticipated, when Terminals C and D will be consolidated into the new Terminal C.

The opening of Terminal C comes after LGA’s $5.1 billion overhaul of Terminal B was completed earlier this year. Port Authority executive director Rick Cotton conceded June 1 that, prior to the renovation projects, LGA had been “among the most reviled [airports] in the nation.”