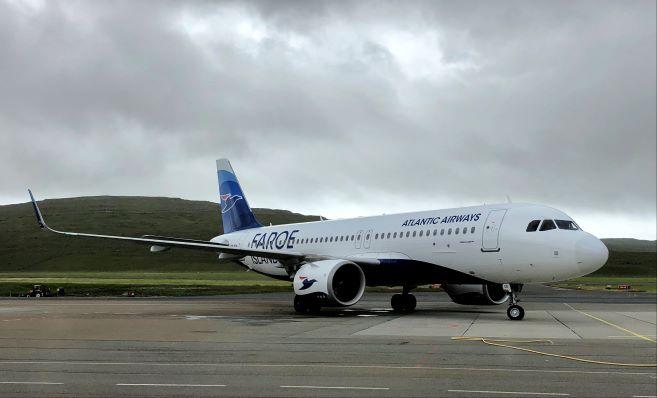 One Atlantic Airways’ A320neo arrives from Copenhagen and will depart shortly for Billund in Denmark. “Our first priority is flying for the Faroe Islands and, second, charter flights,” CEO Bergi says. One-third of Atlantic Airways’ business is charter flights out of Denmark, which enables the airline to keep the fleet busy year-round. The fleet comprises one Airbus A319, one A320 and two A320neo aircraft, as well as two helicopters. 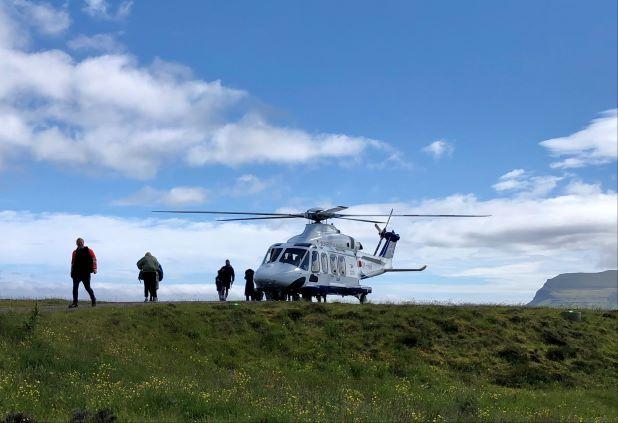 Besides its Airbus fleet, Atlantic Airways also operates two Leonardo AW139 helicopters, which are used for search and rescue missions as well as domestic services to the smaller islands. Some islands have no ferry connection. Here is one helicopter at the helipad at Tórshavn, the capital of the Faroe Islands. 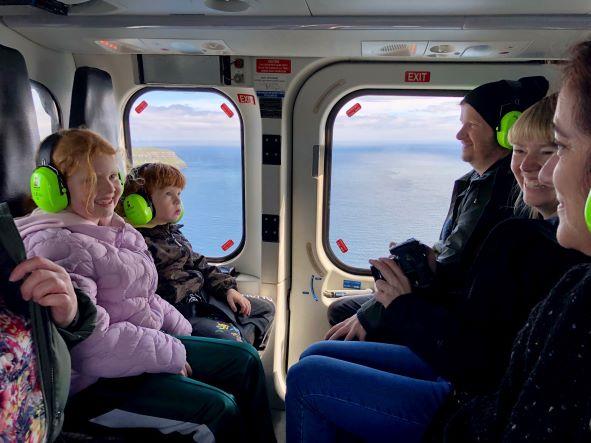 Atlantic Airways operates domestic helicopter services four days per week, each day with a different route network. Most flights are always fully booked, not only from locals but also tourists who discover these unique services. The shortest flying time is three minutes from Svinoy to Kirkja; the longest sector is from Tórshavn to Skúvoy, which takes approximately 14 minutes. 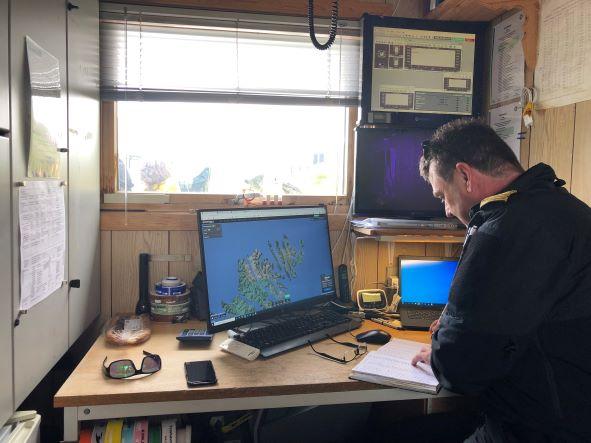 Klaksvík is one of the remote destinations on the helicopter network. Here in the barrack, the pilot checks weather conditions during refueling. All domestic flights are financially supported by the local government. 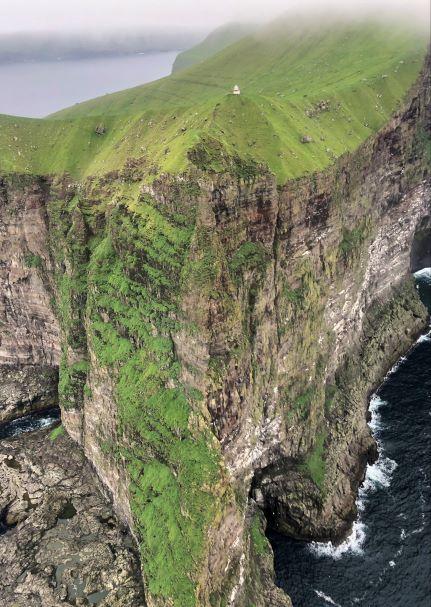 Stunning landscape near the Kallur Lighthouse. Around 15,000 passengers travel annually by helicopter between the Faroe Islands. A total of 18 islands are in the archipelago. On some days, one helicopter operates more than 20 legs. 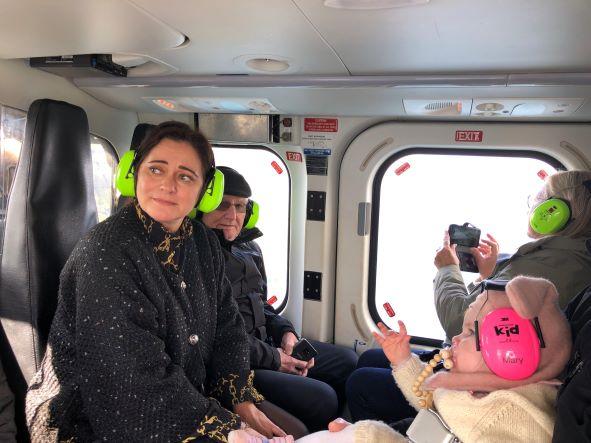 Atlantic Airways CEO Jóhanna á Bergi (left) enjoys flying by helicopter. She is the first woman to become CEO of a Nordic airline and has been in the position since 2015. She understands that Atlantic Airways also faces the same issues as other carriers in Northern Europe, as operations for airlines in this part of the world are expensive. “We have to bring costs down and we have a plan for that,” she said, adding, “We are challenged to make a profit. We are a little organization, but it demands a lot from us.” 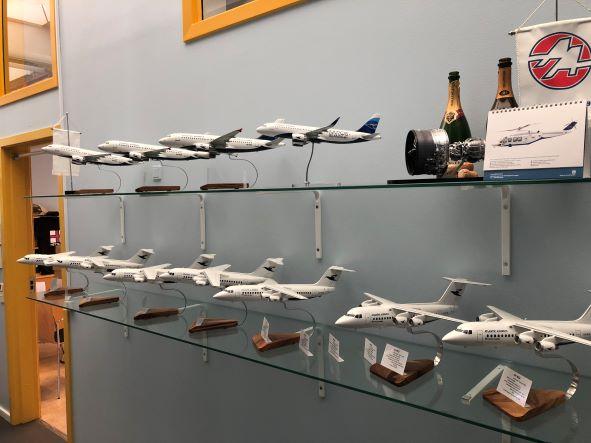 At Vágar Airport, a view of the former Atlantic Airways’ fleet of seven BAe 146s and Avro Jets, as well as models of the current Airbus fleet (above) in the MRO department. 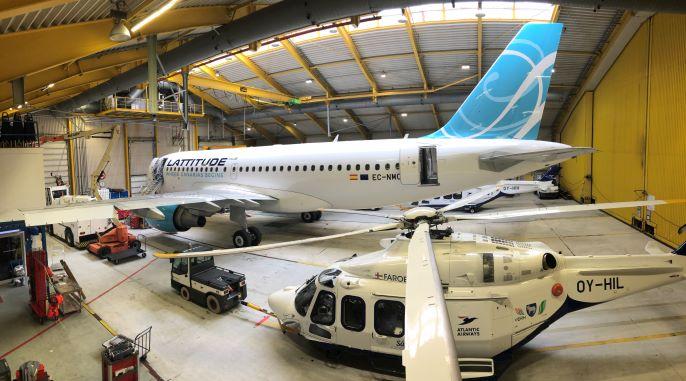 Around 20 people work at Atlantic Airways’ MRO base at Vágar Airport, as the carrier is far away from any larger airports. The Airbus fleet is made up of A319/320/320neo aircraft, which will undergo larger checks in Vágar; heavy checks will be performed by Lufthansa Technik. However, all the heavy checks for the helicopter fleet are carried out in Vágar. The airline, which will also invest DKK100 million ($13.6 million) in a helicopter simulator training center near Vágar Airport, has established a flight academy for this project. The Thales simulator should become operational in the first quarter of 2024. 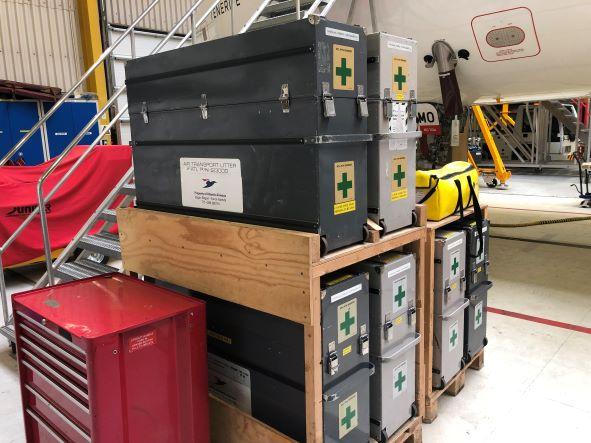 Stretchers—in storage boxes—are in the rear cabins of the Airbus fleet on nearly every scheduled service to Denmark. Stretchers are necessary to transport patients for medical treatment from the Faroe Islands to the European continent. 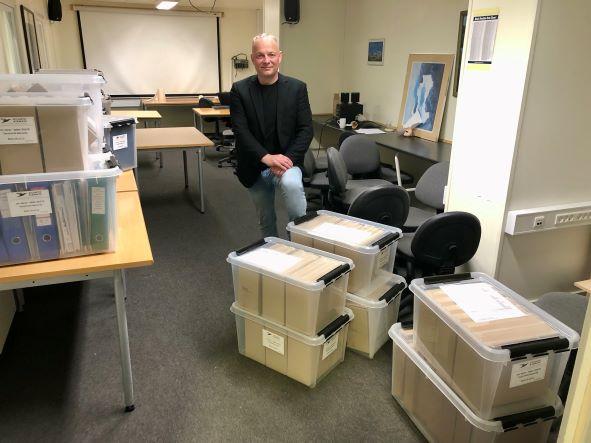 Atlantic Airways’ technical director William Smith shows all the documentation boxes that contain 358 kg of paperwork for a single Airbus A319, which is 10 years old. After returning the aircraft from a lease contract, MRO employees must check all documentation to ensure maintenance has been performed correctly. A part of this documentation—which includes nearly 16 kg (35 lbs.) of paper per year—will eventually be digitalized. 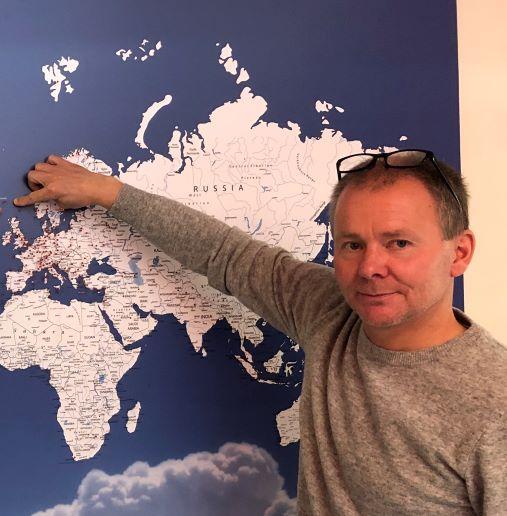 Director of flight operations and Airbus A320 captain Samal Danielsen, who has 13,000 flying hours of experience, shows the remote location of the Faroe Islands. Alternate airports, for example, would be Bergen in Norway or Keflavik in Iceland. “We have a very wide-ranging and strict pilot training,” he told ATW. “To become a captain, every first officer has to complete two winter seasons and must have 5,000 flight hours of experience.” Atlantic Airways has 30 pilots, including six instructors and 15 captains. The runway in Vágar is only 30 meters (98 ft.) wide and 1.999 meters (6.5 ft.) long. Summer operations are challenged with fog; in winter, darkness and strong winds create difficulties and can lead to flight interruptions. 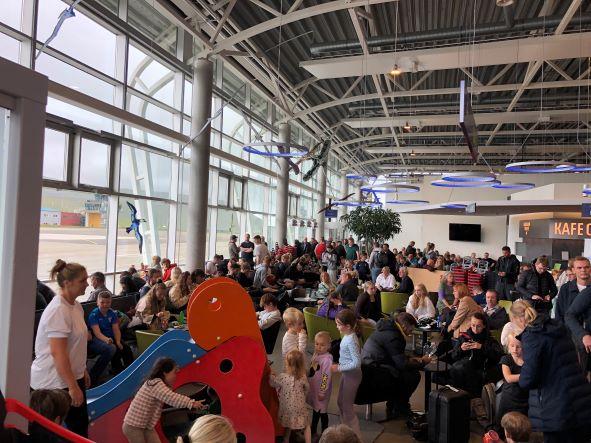 The terminal in Vágar is a modern facility, but when two Airbus A320s depart at the same time, it creates quite a busy atmosphere. 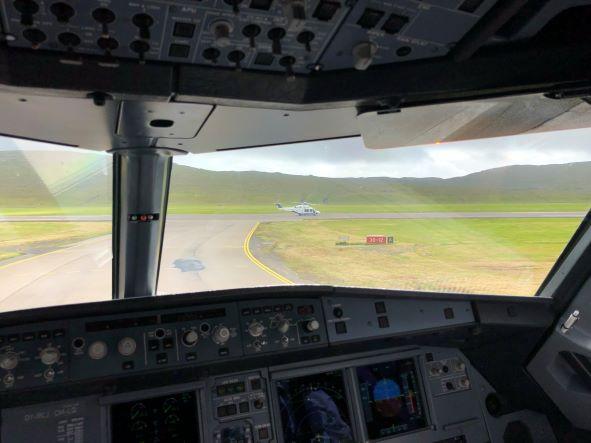 Taxiing to runway 30. In front of the Airbus cockpit, one of the helicopters is on its way from Vágar to Mykines. Atlantic Airways operates up to four daily flights to Copenhagen, most of them fully booked, especially during the summer season.

Atlantic Airways is the national airline of the Faroe Islands, a self-governing archipelago, part of the Kingdom of Denmark. The Faeroes are made up of 18 rugged and rocky, volcanic islands between Iceland and Norway in the North Atlantic Ocean, connected by road tunnels, ferries, causeways and bridges.

Atlantic Airways operates domestic helicopter services and international passenger services—as well as search-and-rescue responsibilities from its base on the island of Vágar, which is home to the Faroe Islands’ only airport—with a modern fleet of one Airbus A319, one A320 and two A320neo aircraft, as well as two Leonardo AW139 helicopters.

Atlantic Airways began operations in 1988 and is 100%-owned by the Faroese government but is arranged as a limited company. The carrier is integral to the nation’s economy, transporting around 330,000 passengers to and from the remote islands annually. The small carrier operates in a very challenging environment, with constantly changing weather conditions. However, Atlantic Airways fulfills all standards that a modern airline should offer.

Kurt Hofmann has been writing on the airline industry for 25 years. He appears frequently on Austrian, Swiss and German television and broadcasting…